I can’t even remember what happened, it’s such a blur, it all just happened and afterwards the inevitable guilt kicked in. I’d fallen off the eBay wagon once again.


It’s been a while since I bought anything on eBay. To be honest, I had to wean myself off it; the bargains are sometimes so good that rather than saving money, I ended up spending a ridiculous amount more! Instead I started selling things on there which is always my fall back option if I’m skint. But you don’t want to know that, you want to what I bought right?! 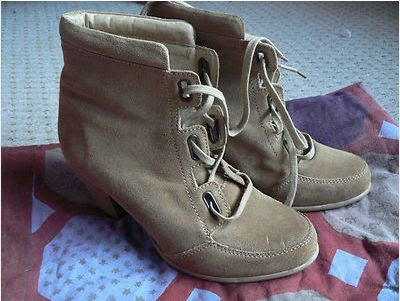 Those would be suede Henry Holland boots that (with postage included) only cost me £16.54. Sixteen pounds and fifty four pence. I mean, for goodness sake that’s so cheap!


So yes, I slipped up. But the guilt has faded and I’m just left with so pretty pretty boots. Hooray for eBay!