I live in West London and one of the reasons I love it is because it’s a little green paradise in a concrete jungle. I moved to London in August and went head first into a new job so I didn’t really get to embrace Summer in London, meaning I haven’t seen many of the outdoor places a stones throw from my house. The main one of these green spaces is Kew Gardens which I finally visited at the weekend.

You may think that going to botanical gardens is the pastime of OAPs and desperate parents at half term, but we had a great day wandering around the HUGE gardens as they are both beautiful and fascinating. There are some bizarre plants there but a lot of recognisable ones too that we use everyday. As we normally seen them already wrapped up and ready to sell on the shelves I found seeing them growing naturally really amazing.

And there are some amazing flowers with stunning colours that made the really girly side of me come out and coo over how gorgeous they were! The purple backed leaves and blue tinted orchids were particularly incredible: 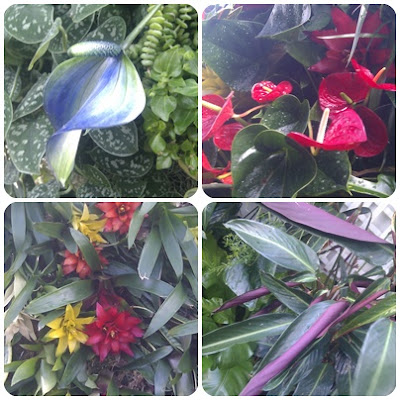 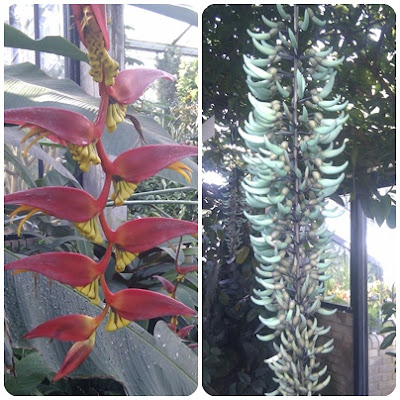 There’s also a small marine life exhibit which is where the majority of people were hiding with their hyperactive kids. There were some really pretty fish and some really disgusting sea slugs. Bleurgh. My favourite was the little eel that popped his head out of the sand and stared right at me for the pic below (top right)! 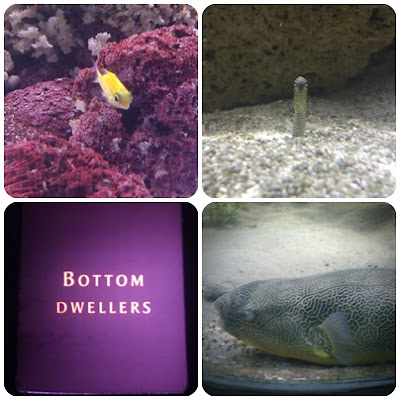 One of the main attractions at Kew is the tree top walkway (as featured on an episode from the last series of Britain and Ireland’s Next Top Model!). Suspended goodness knows how many feet in the air, not only can you see for miles around in every direction at the top (I spotted Wembley Stadium and the BT Tower), but you can see right beneath your feet as well, something that made my friend feel pretty dizzy! But here we are at the top anyway! 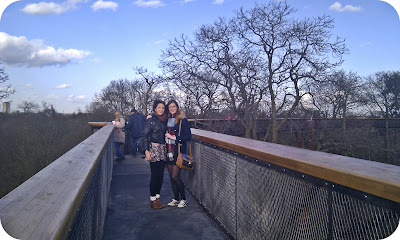 Kew Gardens is at the far end of the District Line but it’s really worth the trip if you’re further afield. And don’t be a wimp, go up the tree top walk!