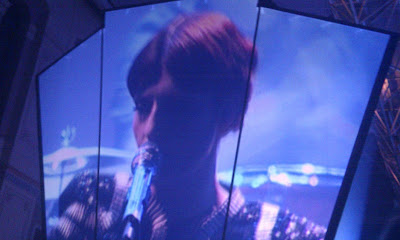 Florence Welch has a voice that is impossible to sing along to. It’s just too pitch perfect, hitting notes that are so far out of my range I fear I’d damage myself if I even attempted them. I worried that forking out nearly £40 on a ticket to see her first show at Alexandra Palace would be a waste if she copped out of the high notes and left it to the backing singers. You may scoff, but it’s happened to me before with Emily Haines from Metric – she dropped an octave or two each time she met a challenge, and it totally ruined the gig for me. I’m happy to say that Florence didn’t disappoint. Her voice was beautiful and crisp, just like on CD. It was incredibly impressive.

The stage set up was fabulous, with a classic (and very on trend!) art deco backdrop, joined by a gospel choir and full string section including harpist. Along with Florence’s skin tight velvet catsuit and extravagant cape, we were very clearly watching a performance, not just a gig. Things had been thought through, the presentation fitted the magical vocals and the haunting songs. 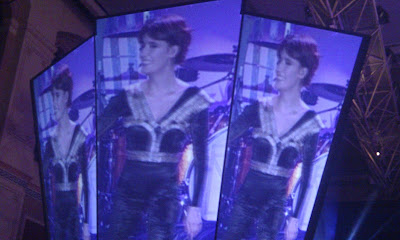 Florence herself was completely enigmatic, which surprised me as she normally comes across as very reserved, verging on shy, in any interviews I’ve seen. That night she was clearly absolutely thrilled to be on stage, sometimes running around like an excited child, imploring the audience to jump up and down with her. It was adorable and it was heartwarming as she waved to her family in the audience. I couldn’t help but think how proud her mum must have been watching thousands of people cheering for her daughter, it actually made me feel proud for her!


The set list was mainly songs from Ceremonials (which I’ve only listened to once), but there were the main hits from Lungs too which I happily sang along to. The song with the most heart was ‘You’ve Got the Love’. Although a cover version, Florence has really made this her own, and the crowd sang along with vigour and adoration which raised the roof – it gave me goosebumps.


Far from disappointed, Florence put on one hell of a show and I’m very pleased that I got to see her now, because let’s face it, her next tour won’t be Alexandra Palace – it’ll be the big time arenas.