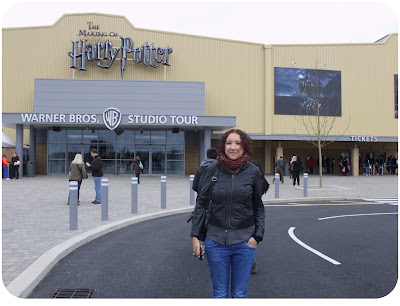 I’ve read every book, seen every film, queued outside Waterstones for Deathly Hallows and cried when Snape died. I’m not ashamed to say I bloody love Harry Potter. The opening of the Warner Brothers Studio Tour gives fans a chance to walk through the sets from the films, see props and costumes and geek the hell out. We bought our tickets in September and finally April 7th rolled round. As huge Harry Potter fans, me and my sister were literally bouncing all the way to Leavesden Studios (in the HP branded bus of course!) in Hertfordshire with sheer excitement.

With our liquid eyeliner lightning bolt scars on our foreheads there was quite a lot of restrained squealing as we entered the building and saw huge cast photos all over the walls.

The tour initially took us into a small cinema showing a history of the Harry Potter film series before the screen rolled up and, making us feel like 1st year Hogwarts students, revealed the famous doors to the Great Hall. They opened to reveal the real set all the films had been filmed in – with the long House tables, the wall carvings and flag stone floor. We were like kids in a candy store!

And I couldn’t resist re-enacting the scene from Philosopher’s Stone where Professor Quirrel bursts in screaming ‘TROLL IN THE DUNGEON!’ My sister took a video and I’ll add it when she’s uploaded it!


We then made our way through various sections where sets had been set up of some of the most famous scenes. It was so bizarre to see all the familiar places we’d seen on screen a million times right in front of us!

And the original costumes could be seen too. It’s testament to the costume designers and wardrobe staff that some really seemingly plain clothes like the pink v-neck jumper Hermione wears in a lot of Deathly Hallows Pt II is so recognisable even though Emma Watson isn’t wearing it.

The green screen area showed how amazing scenes like Quidditch matches and travelling to a vault in Gringotts area actually very bland. You have the props but no scenery, it’s easy for us to imagine as we’ve already seen the film, but the actors have to…well…act!

My favourite bit was seeing the masses of props that make the film have so much character. They were all recognisable and unique, it must be so much fun to come up with them!

The outside section of the tour allowed us to really indulge and get involved with the sets, from standing on the Knight Bus to visiting Privet Drive.

And we got to taste Butterbeer! It was surprisingly nice actually! 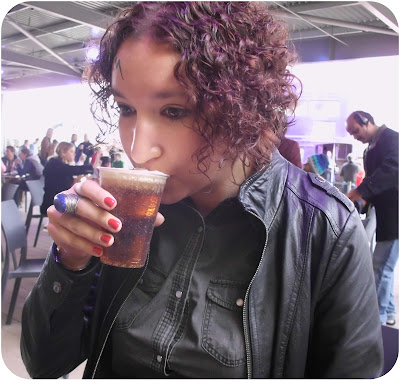 Diagon Alley was so magical, it really was like being in the films! Walking through I got very snap happy as each shop was so unique and had signs, props, lights and exteriors completely unique to them. I loved Flourish & Blotts with it’s Giledroy Lockhart display, and my sister (who has an unhealthy obsession with the Weasley twins) bounced right up to Weasley’s Wizard Wheezes for a pic.

The final section was the art department where we saw all of the intricate drawings and paper models used to plan scale models and CGI of buildings, vehicles and large props.

The pièce de résistance was the, frankly, fricking HUGE model of Hogwarts. It was incredibly detailed and was actually used for the films with special effects used to shrink the actors rather than scale up the building! 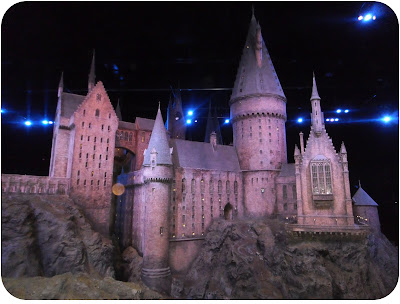 The tour may have been finished but then we hit the gift shop. Oh dear. It was amazing! It had real props from the films all around and literally every souvenir you could wish for, from Hogwarts uniforms to Honeydukes sweets. I bought a Gryffindor scarf, and my sister got a replica of Dumbledore’s elder wand and a Marauder’s Map.


If you love Harry Potter you MUST make the effort to go to this attraction. We had so much fun geeking out at all the authentic props and sets pretending we were witches in the making. I’m even tempted to go again…


All photos property of Shopped and Dropped, do not re-use without permission.