This isn’t the first time I’ve written about a Brighton based male-female duo performing at Heaven. It seems it’s the place to hold a gig  if you fit that particular description. But this isn’t another gush about the wonderful Bitter Ruin, this time it was Blood Red Shoes. A pretty illusive band on the touring circuit, I was very excited to get tickets to their only London show. 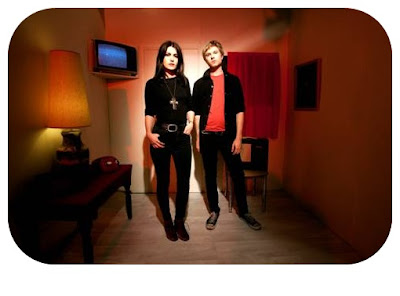 I first discovered Blood Red Shoes when I bought the soundtrack to Scott Pilgrim vs the World (I am NOT ashamed) – check out the whole album if you can, it’s ace. Their song ‘It’s Getting Boring By the Sea’ was the stand out track for me. Since then I’ve bought both of their albums and now they’ve released their 3rd: In Time to Voices. 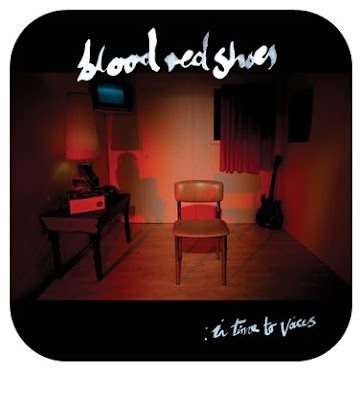 They first 3 songs were my favourites from each album – perfect opening setlist! ‘It’s Getting Boring…’, ‘Don’t Ask’, and ‘Cold’ were enough to get me more than enthusiastic with the rest of the set. They did what many bands fail or just purely refuse to do: they played songs from all of their albums. Yes they have a new release to promote, but they gave the audience what they knew and what they wanted – which in my case was plenty from ‘Box of Secrets’.

I’ve been to Heaven before and it hasn’t been too bad, but I have to say this time the acoustics were awful. I could hardly hear the female vocalist (unless she just wasn’t going for it the way I hoped), but the drummer was so addictively energetic it was hard not to enjoy the whole performance. It’s pretty impressive to see someone sing, drum, and basically dance all at once!

Despite not touring that often, Blood Red Shoes are back in London performing at Shepherd’s Bush Empire in October. Check them out!