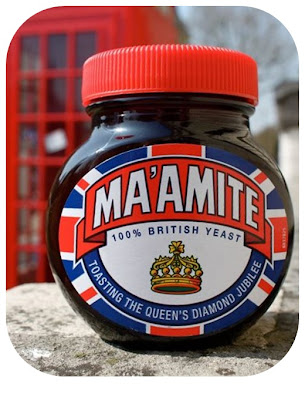 When I told people I was going to this event the reaction was predictably split between “OHMYGOD WHERE IS IT AND HOW DO I GET A TICKET?” and “Why on earth would you want to go to that?!”. Marmite really does bring out the extremes in people’s taste buds, but I am very much in the ‘Love’ corner. A staple family favourite since I was a baby, I’ve been practically brought up on the stuff, and much to the disgust of many I can happily eat it out of the jar. When my friend Ms O told me about this I was so so SO excited!

So on Bank Holiday Monday, we put on our tea dresses (and very relevant jewellery) and headed to The Botanist in Chelsea for this genius twist on the most traditional of English meals.

We started with some rather fancy tea before the feast began. Ms O had rosebud and I had mango which, considering I can’t stand tea, wasn’t actually too bad. 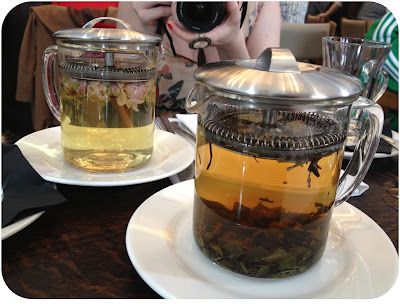 But that was all a precursor to this: 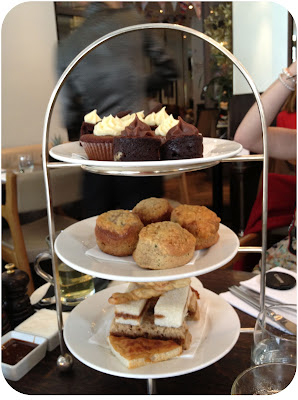 So on the top was a selection of cakes made with Marmite chocolate. I can unequivocally say that Marmite chocolate is the most disgusting of all the Marmite related products that have infiltrated the supermarkets, but actually these cakes tasted just like regular chocolate cakes and brownies. However, I wasn’t there for the sweet stuff and I have to admit I had a bite of each but swiftly moved onto the savoury yummies beneath.

The middle layer was freshly baked cheese scones served with Philadelphia and, of course, Marmite. 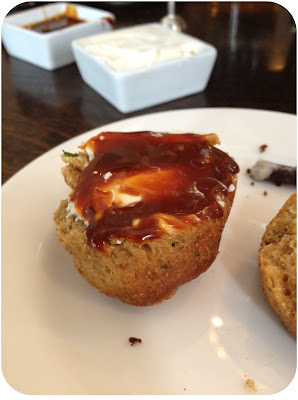 And the bottom layer was Marmite sandwiches (crusts removed obviously!), cheese on toast, and cheese straws. 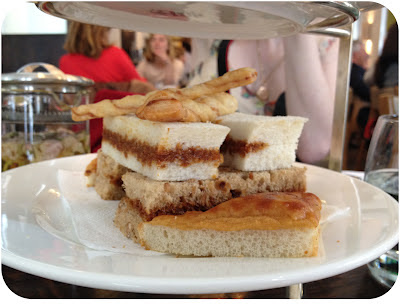 Oh my I was so full by the end! It was great to see so many others having the same tea as us in room, and regardless of whether you love it or hate it, Marmite really is a great British institution, and this was a brilliant idea!

1st photo from www.marmite.co.uk. All other photos property of Shopped and Dropped, do not re-use without permission.