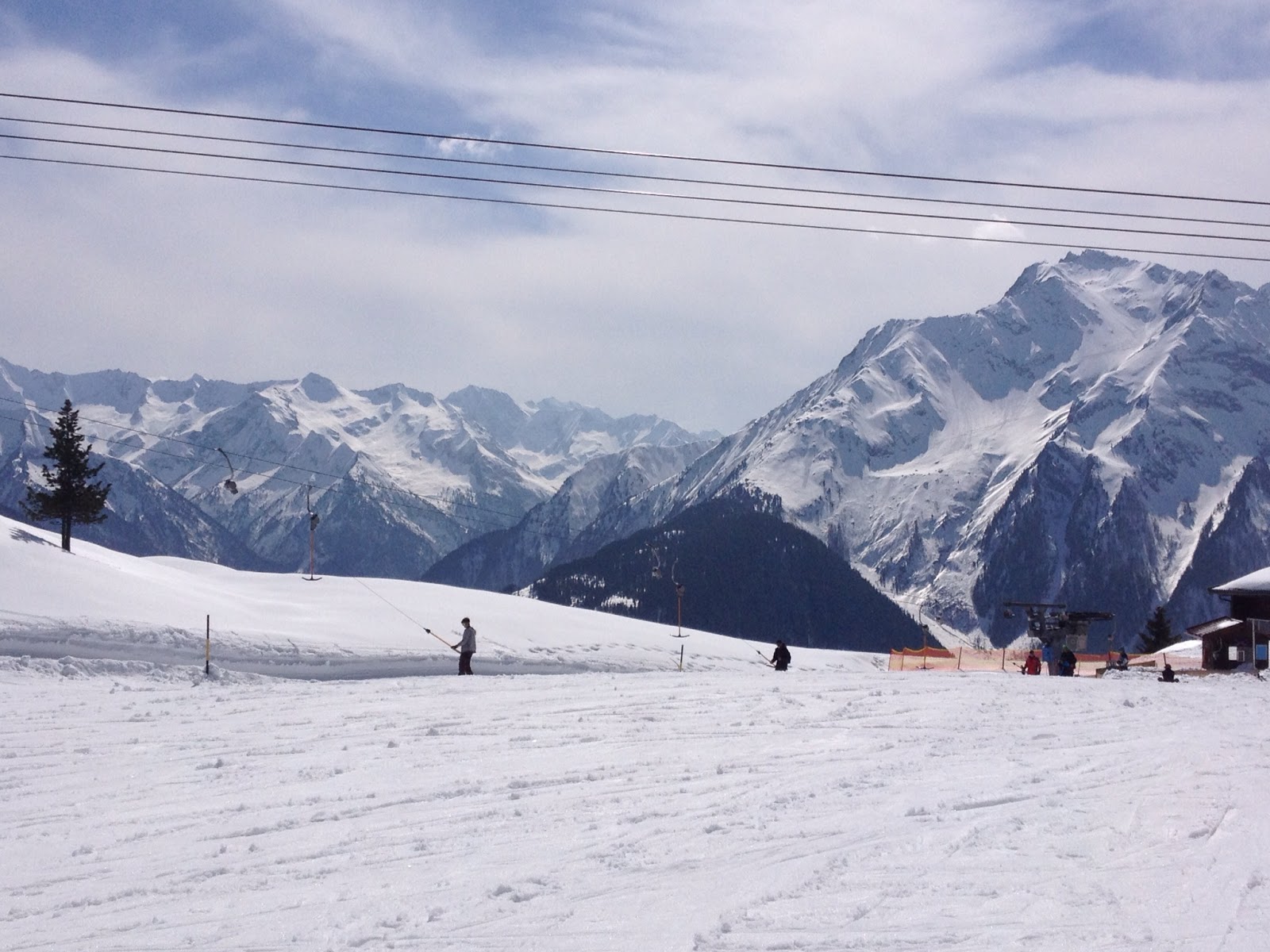 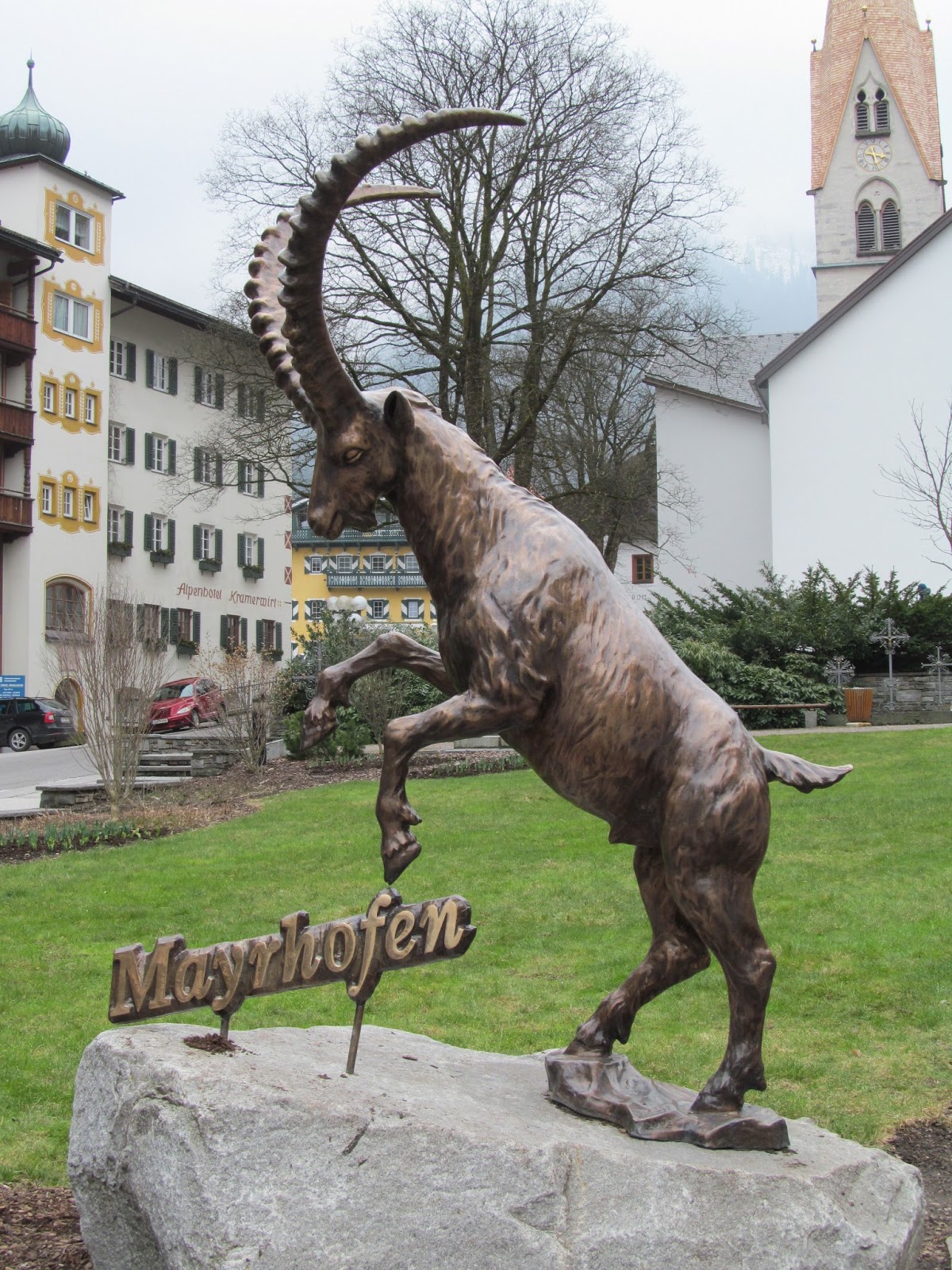 I recently got invited to attend Snowbombing Festival in Austria, and despite never having skied before I was really excited to go along. The festival is held in the tiny town of Mayrhofen, and people spend the days skiing and boarding in the mountains, and the evenings in the clubs. It’s not your standard festival: there’s the forest stage which is set in the mountain forests and is beautiful, but all of the other ‘stages’ are basically clubs and they look like school halls, it’s bizarre! 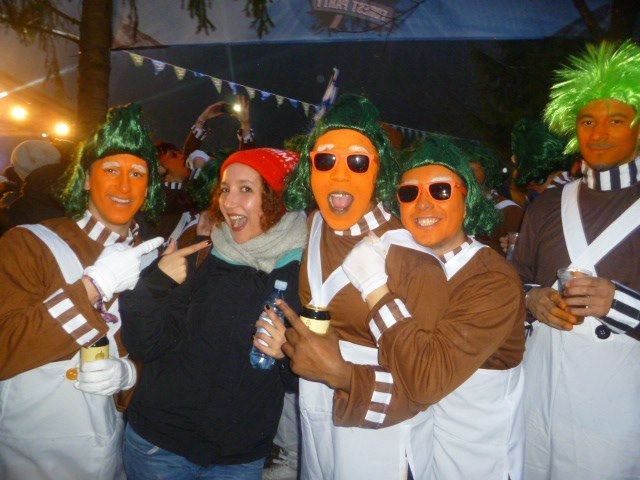 I had my first ski lesson, and it was definitely fun, but I can’t say I’m going to pursue it. I didn’t fall over, which was a plus, but I did crash in to a fence to make up for it! I learnt to stop and turn, and managed to dodge all of the much, much faster children that would stop right in front of me.

Skiing is expensive (yet another reason why I won’t be taking it up as a hobby!). I borrowed most of the stuff I wore, but I managed to get some great bargains to wear on the slopes.

For my actual ski lesson I found some amazing deals at Sports Direct including fleece lined leggings and thermal base layer top. Best of all was the jacket I have on (which has a cute neon turquoise lining), which is from the Topshop Sno collection. It retails at about £60, but I got it on eBay for 99p! 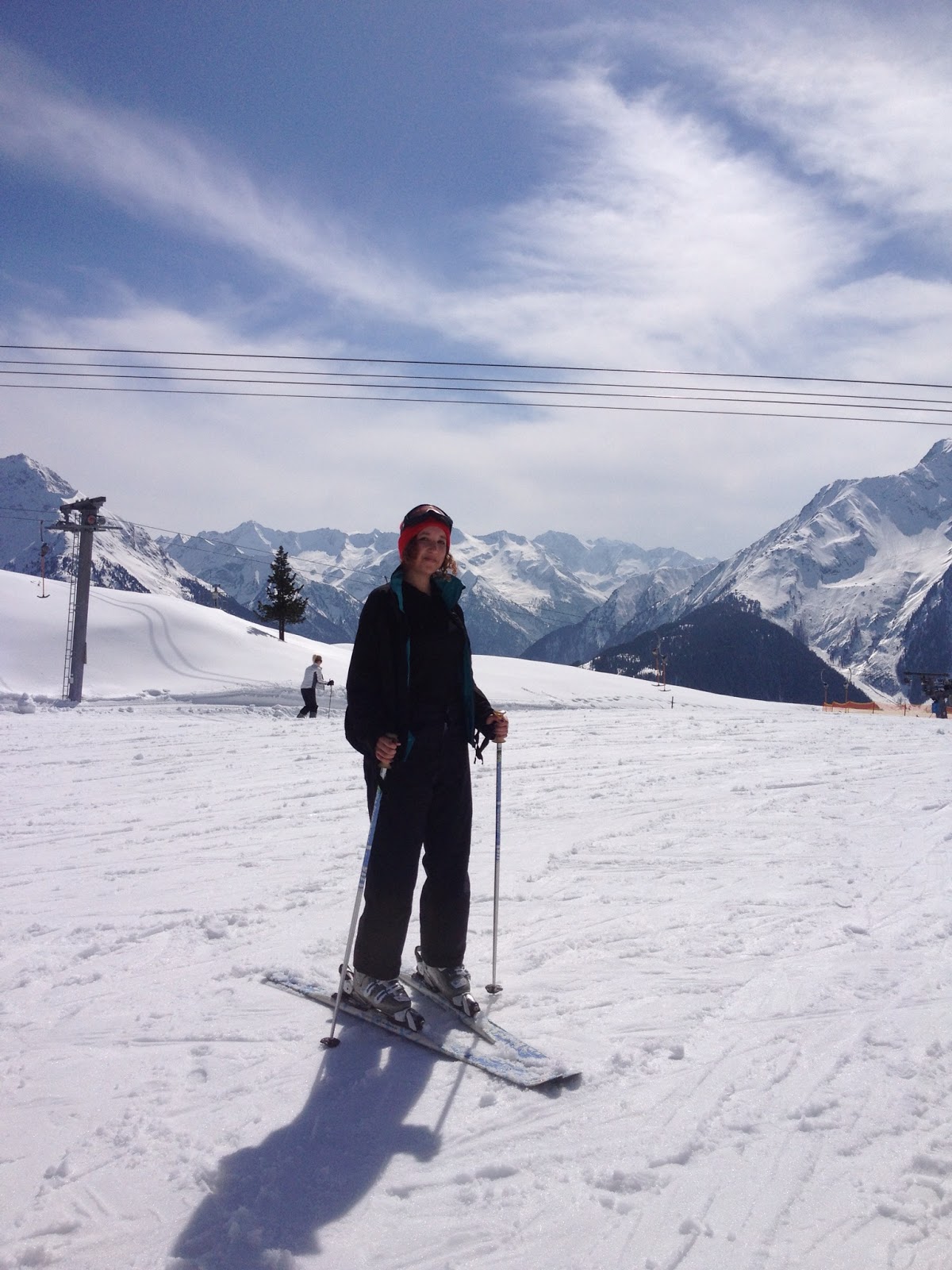 I only skied for one day (lazy much?), but I made full use of my ski pass by going up the mountains and watching the other skiers, just with the added bonus of being able to have a beer and not wear hideously painful ski boots. I wore my trusty 99p jacket again, but at least I could spice things up a bit with my Uniqlo heattech leggings. 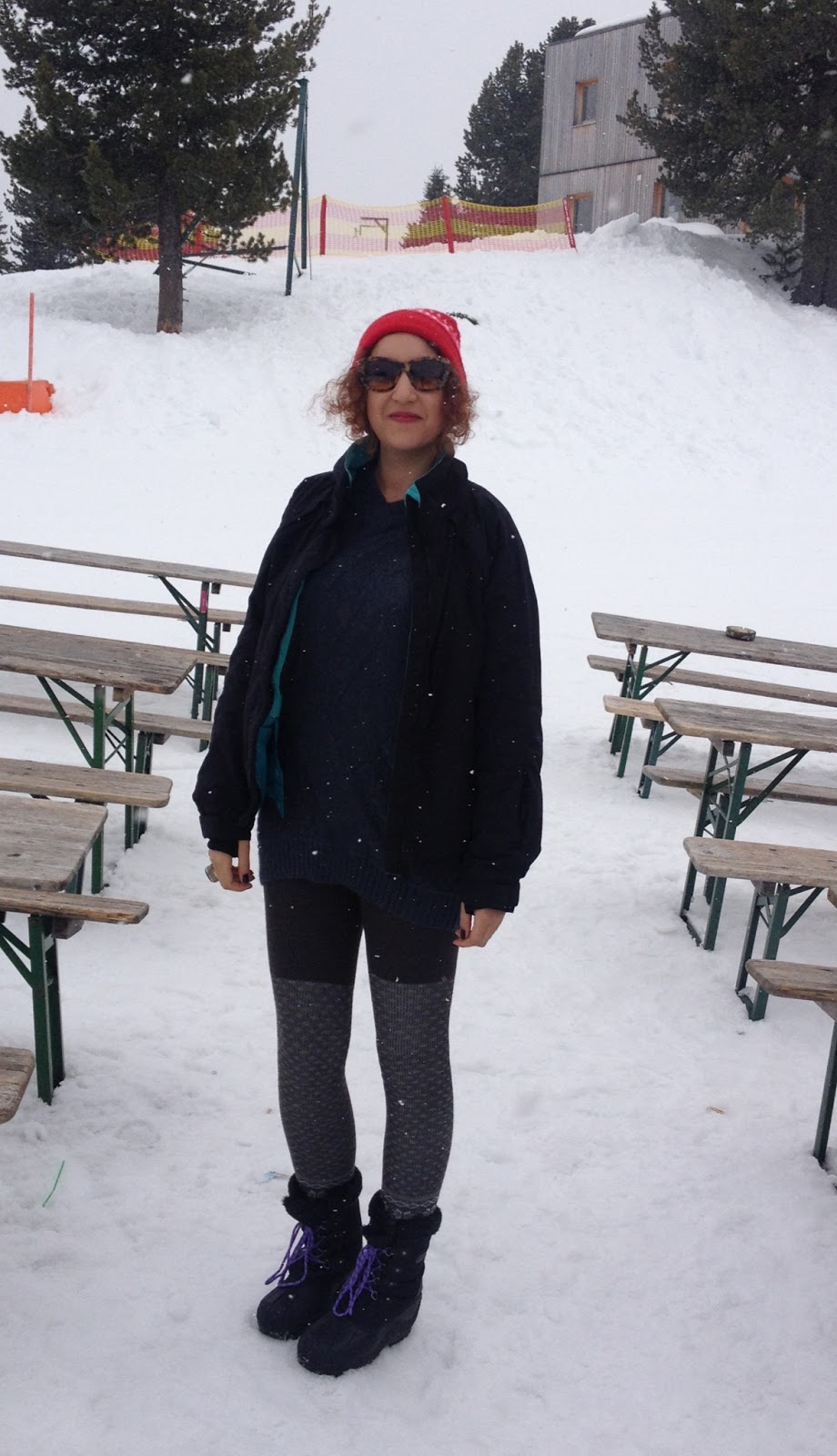 Snowbombing was so much fun, although there’s definitely more emphasis by the organisers on the ‘snow’ bit rather than the music. It was my first festival abroad and I’m really excited to scope out some more! Which festivals abroad do you recommend?