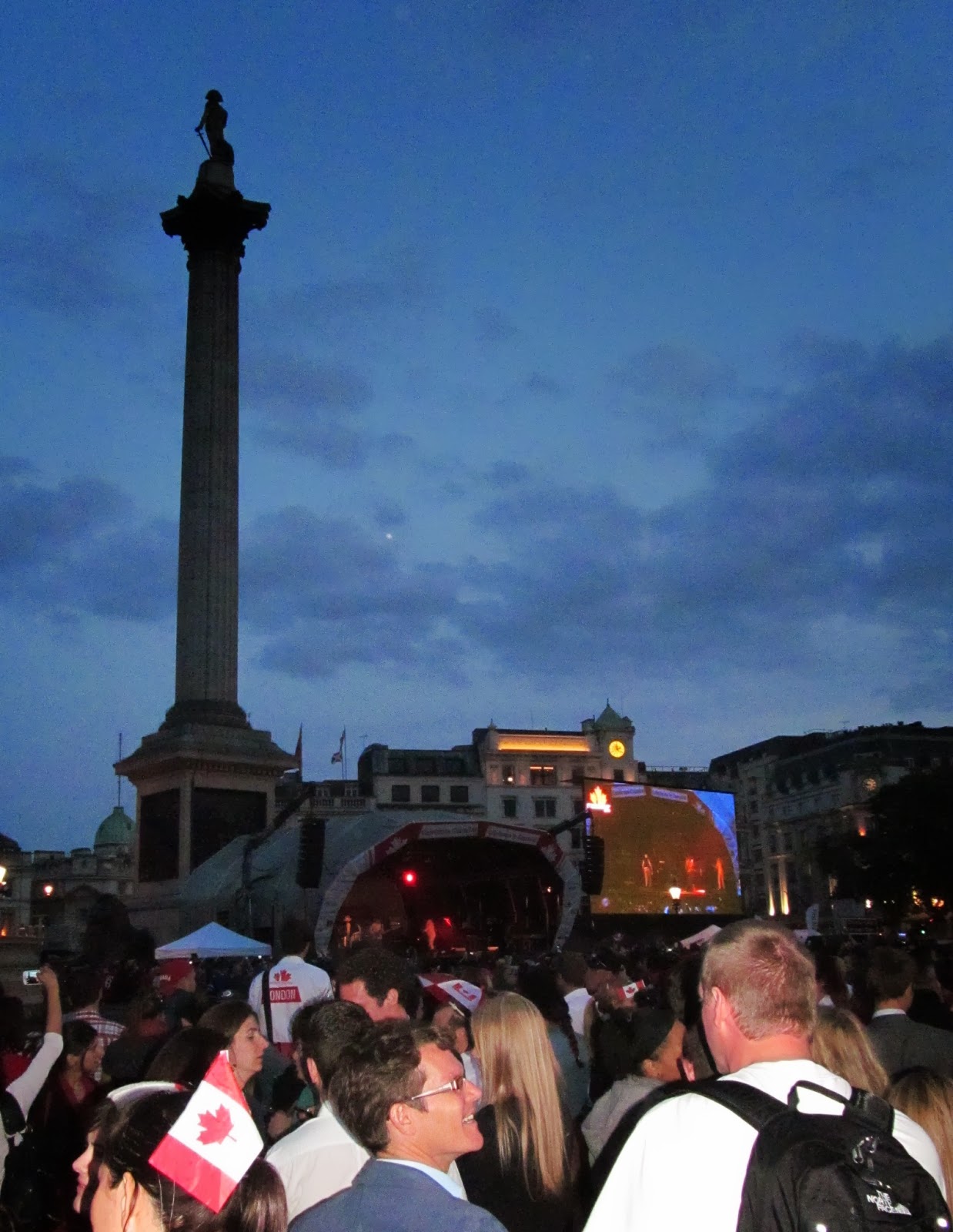 Ah, Trafalgar Square. Slap bang in the middle of London it hosts some of the city’s greatest and weirdest free celebrations. Every year you could stumble across a mass read-a-thon, a free screening of a nearby opera, or the country’s largest gathering of people dressed as Santa. 1st July is Canada Day, and there’s nothing that says you have to be Canadian to enjoy a night out drinking lukewarm watered down beer in a can. 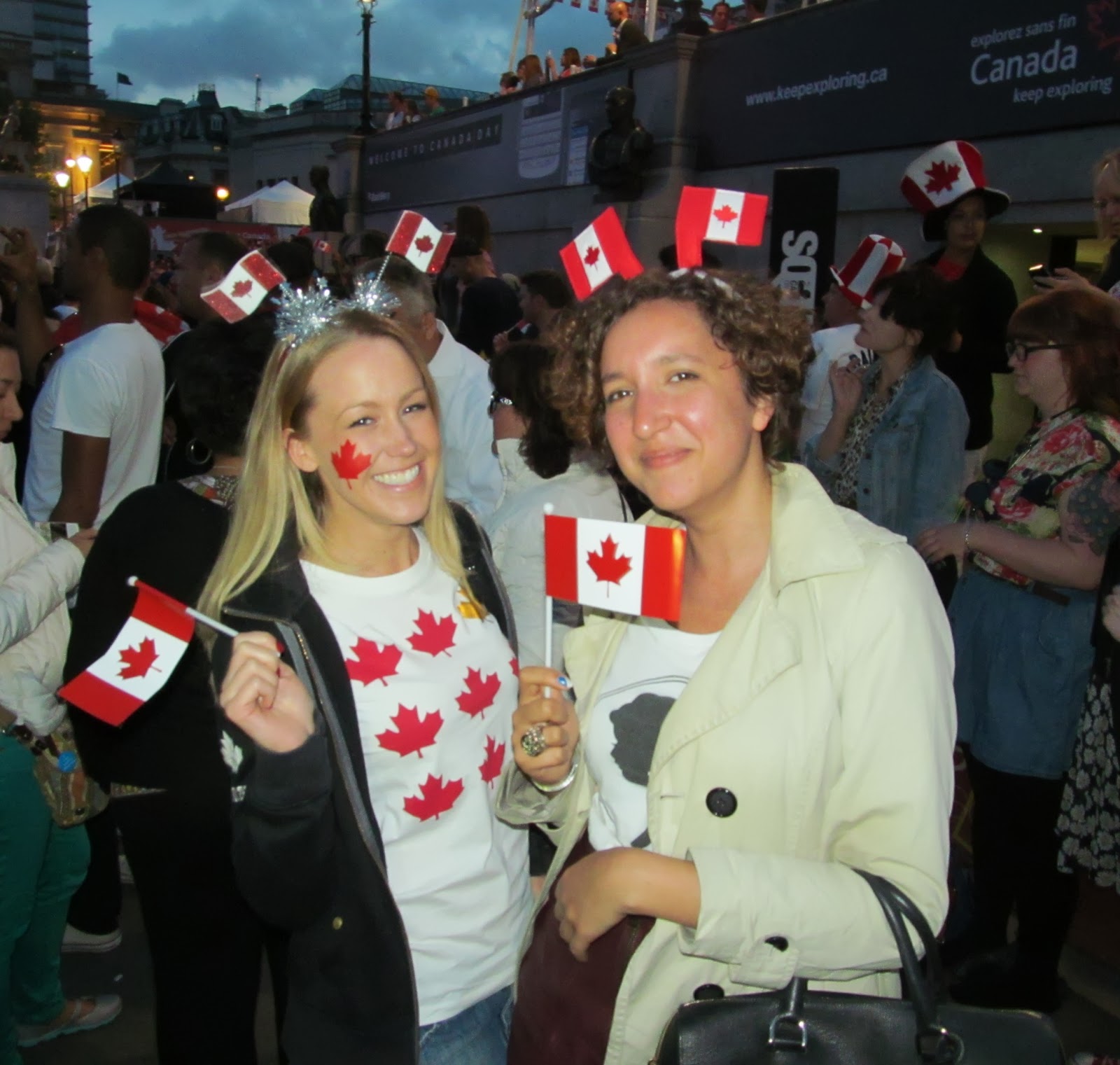 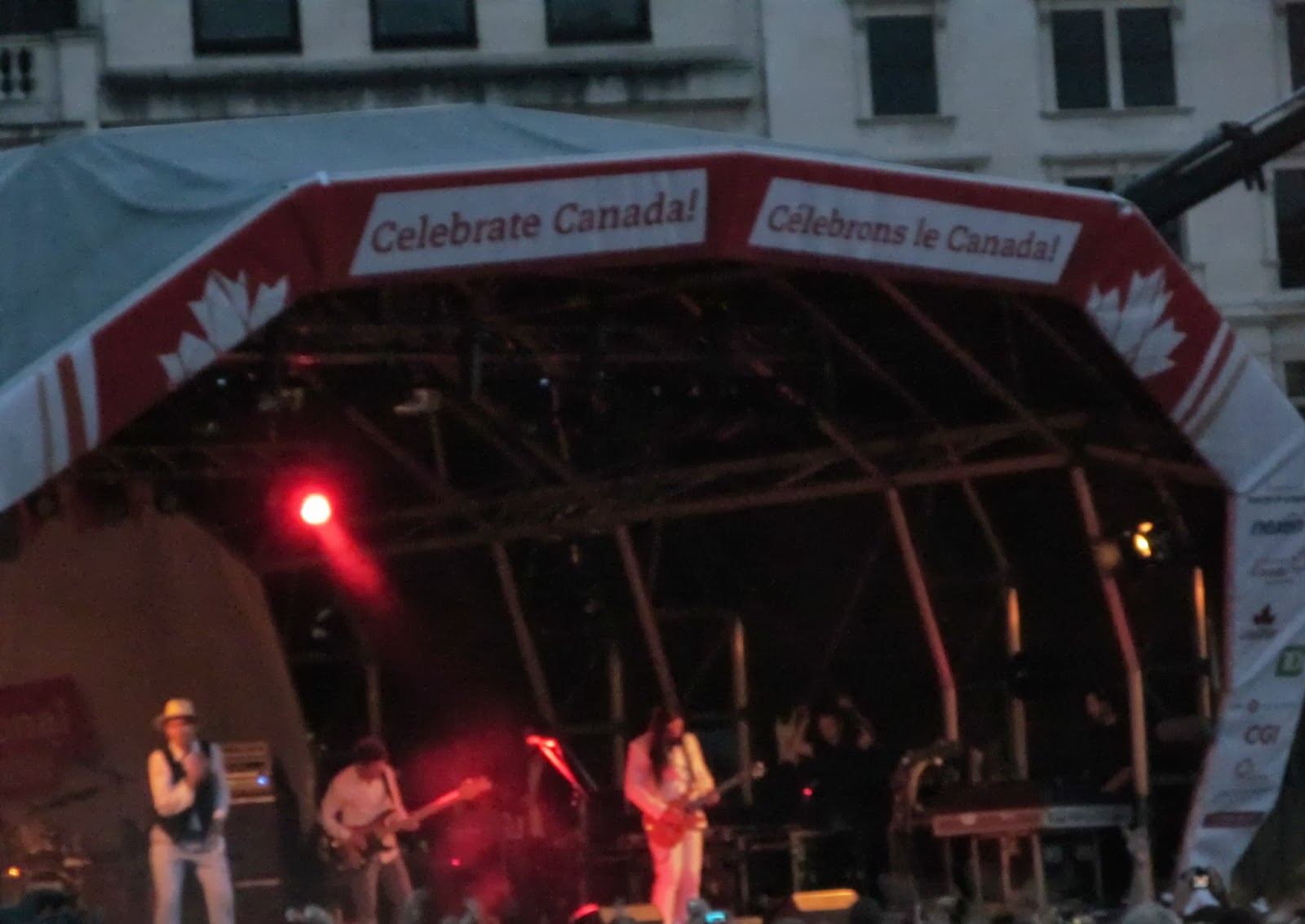 I’ve got family in Canada and luckily have a fabulous Canadian friend in London who I went with. She was completely prepared with every maple flag accessory you could imagine, so obviously I embraced that fully! There was food, live music and a really friendly atmosphere. As the night ended around 10pm it wasn’t rowdy, and it ended with the crowd singing the Canadian national anthem, met with whoops and cheers from everyone. 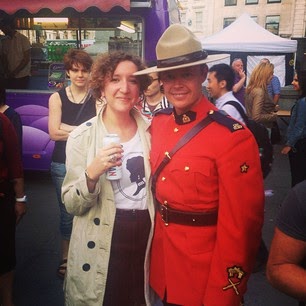 Canadian or not, head down to Canada Day next year and get ridiculously excited about meeting a real life Mountie like I did!