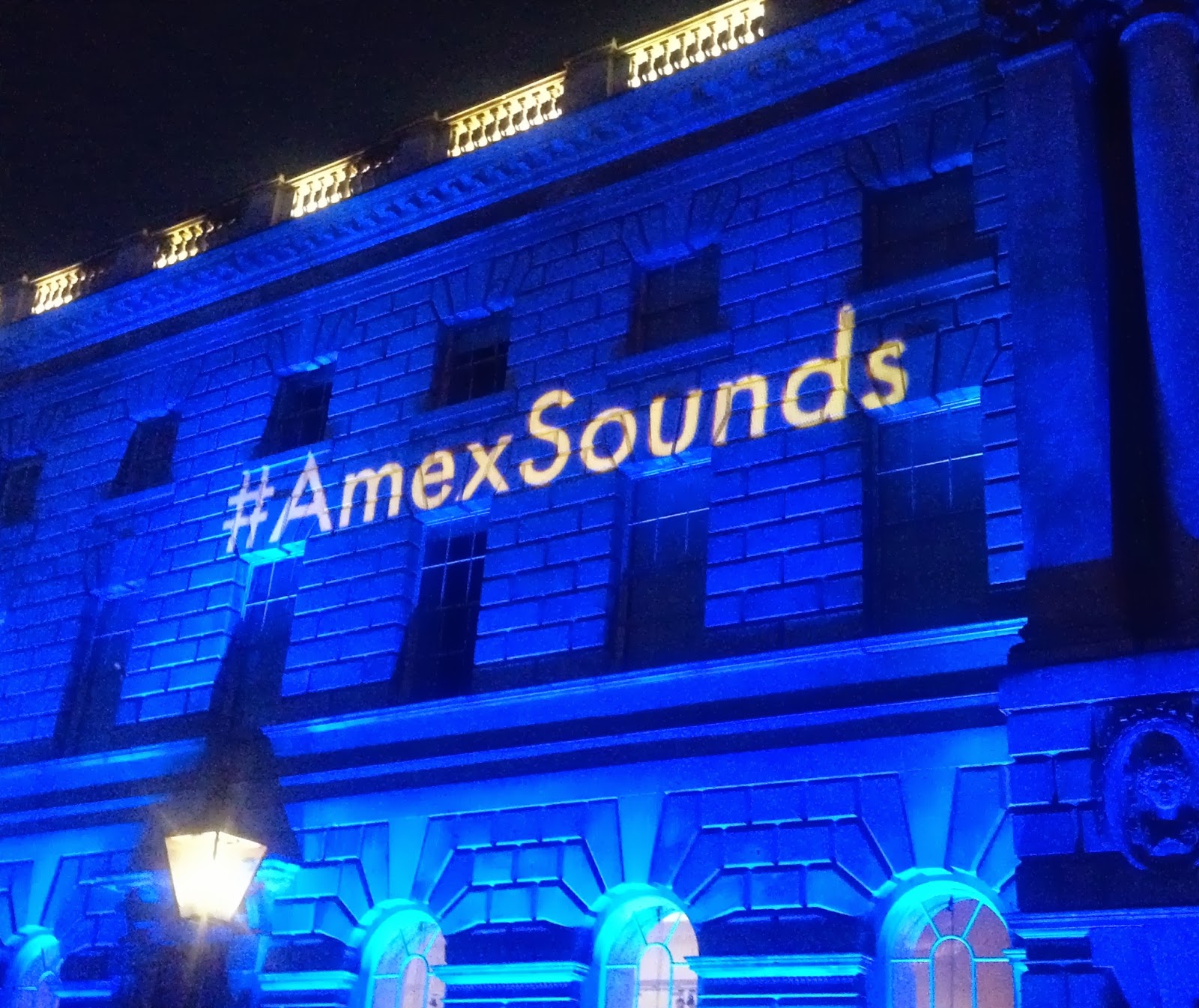 Every year, on top of London Fashion Week, an open air cinema and the city’s most famous Christmas ice skating rink, Somerset House is home to the #AmexSounds Summer Series – a number of gigs from a wide range of musicians, all in the beautiful surroundings of the historical building in central London.

We were so fortunate to have good weather for this, a light breeze but still so warm which meant I could wear this denim playsuit (donated by my big sister!). I love all the pinafores and playsuits that are available at the moment, I think they’re perfect for slightly more formal summer wear while still being casual enough to not feel dressed up. I didn’t have any accessories with the playsuit, as it felt like a statement in itself really. I do love my little anchor espadrilles though, they are so cute and playful don’t you think? 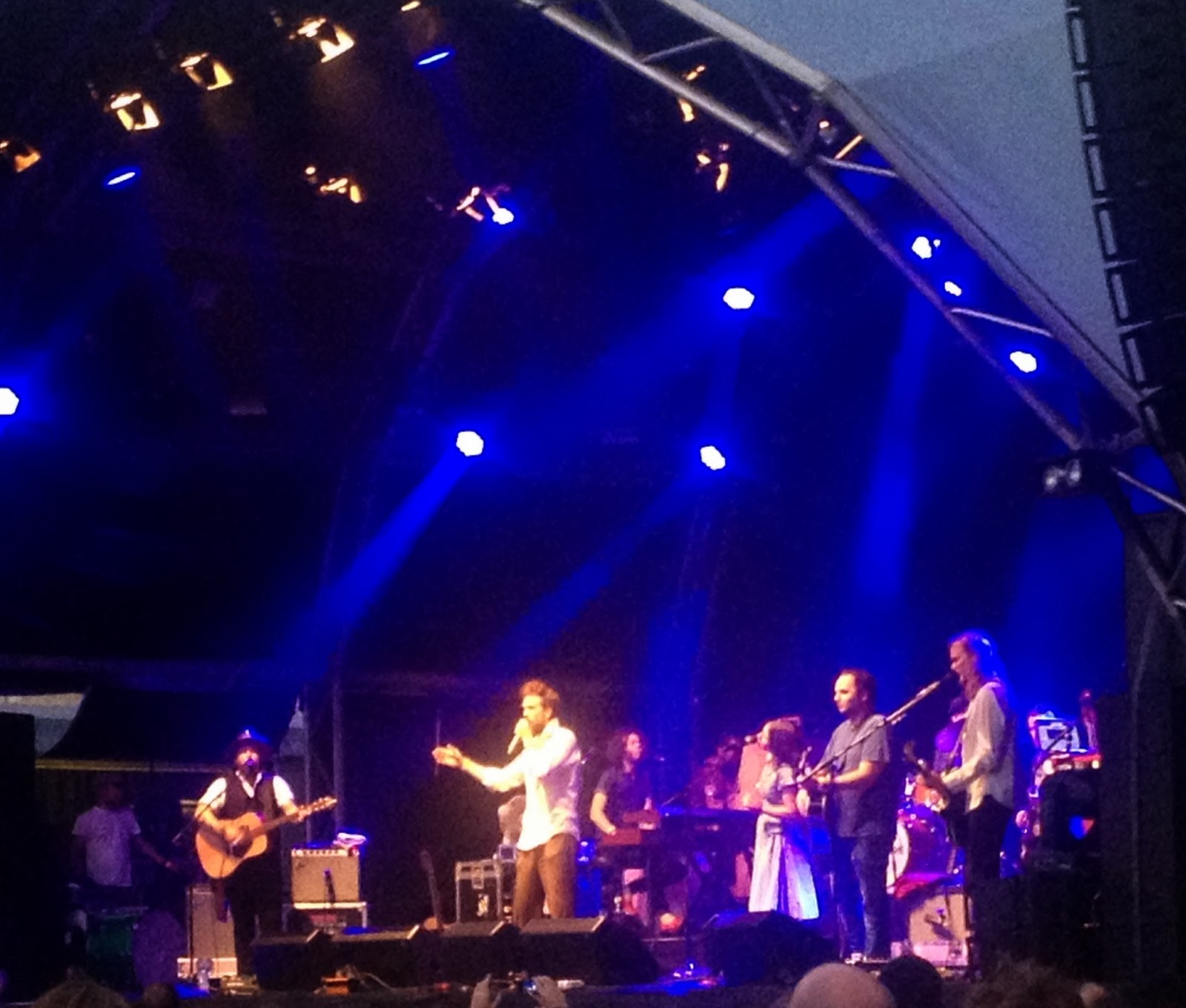 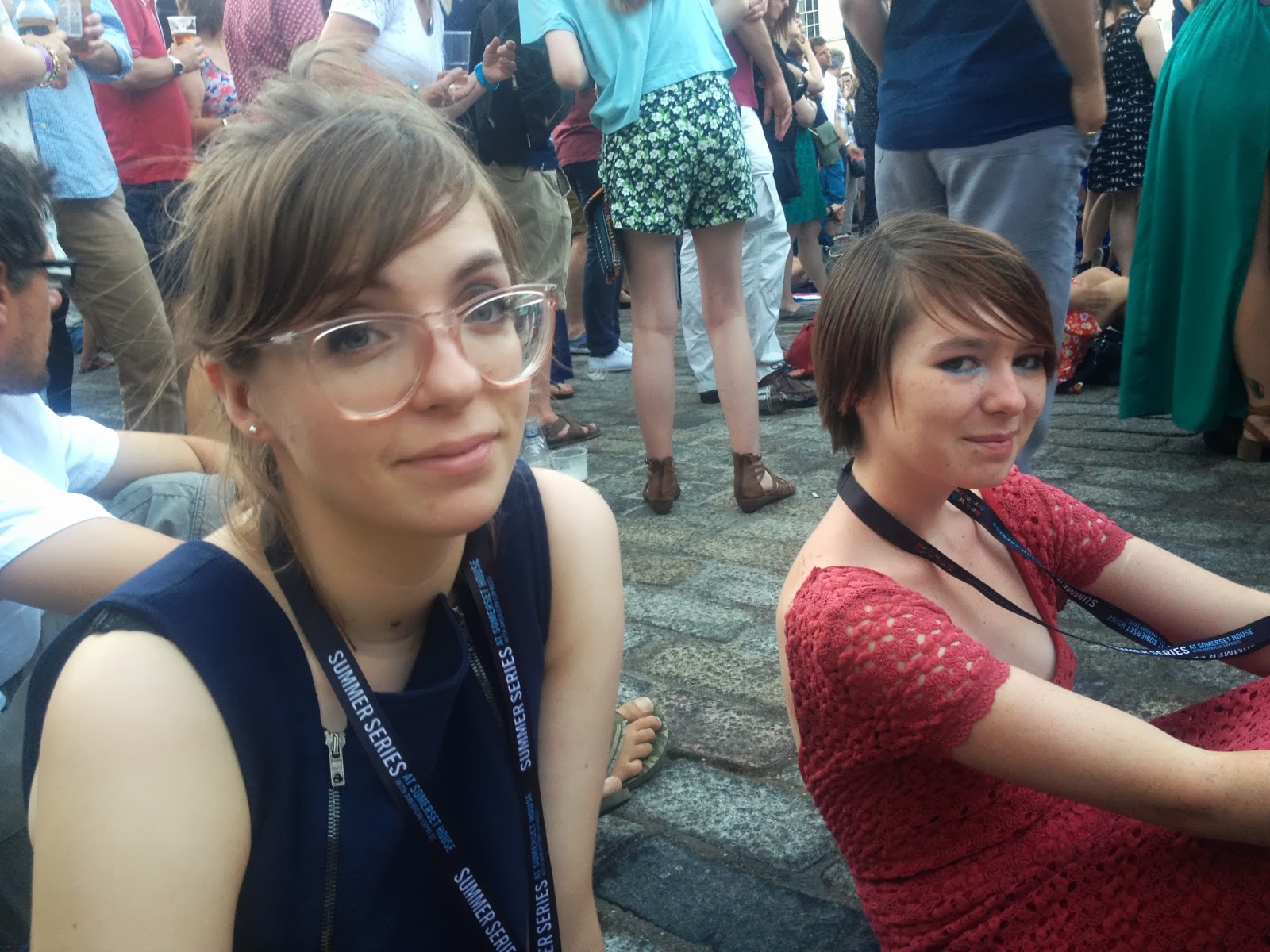 The gig we went to see was Edward Sharpe & the Magnetic Zeros, a band I was introduced to by an old uni housemate about 4 years ago and who I’ve loved ever since. They’re most famous song ‘Home’ has been used in adverts and quoted on romantic posters on Etsy and propelled them into a cult status group. There are two types of gigs that I absolutely adore: the ones where they hardly play any instruments but they still make incredible sounds, and then the complete opposite. That is, the ones that have so many instruments the music is a glorious jumble of exotic noises that confound but delight my musically talentless ears. Edward Sharpe are definitely the latter. There’s 11 members of the group and each one got to show off  their multiple talents; each one could sing with a unique style that somehow still fit the folk country indie pop they’ve created. 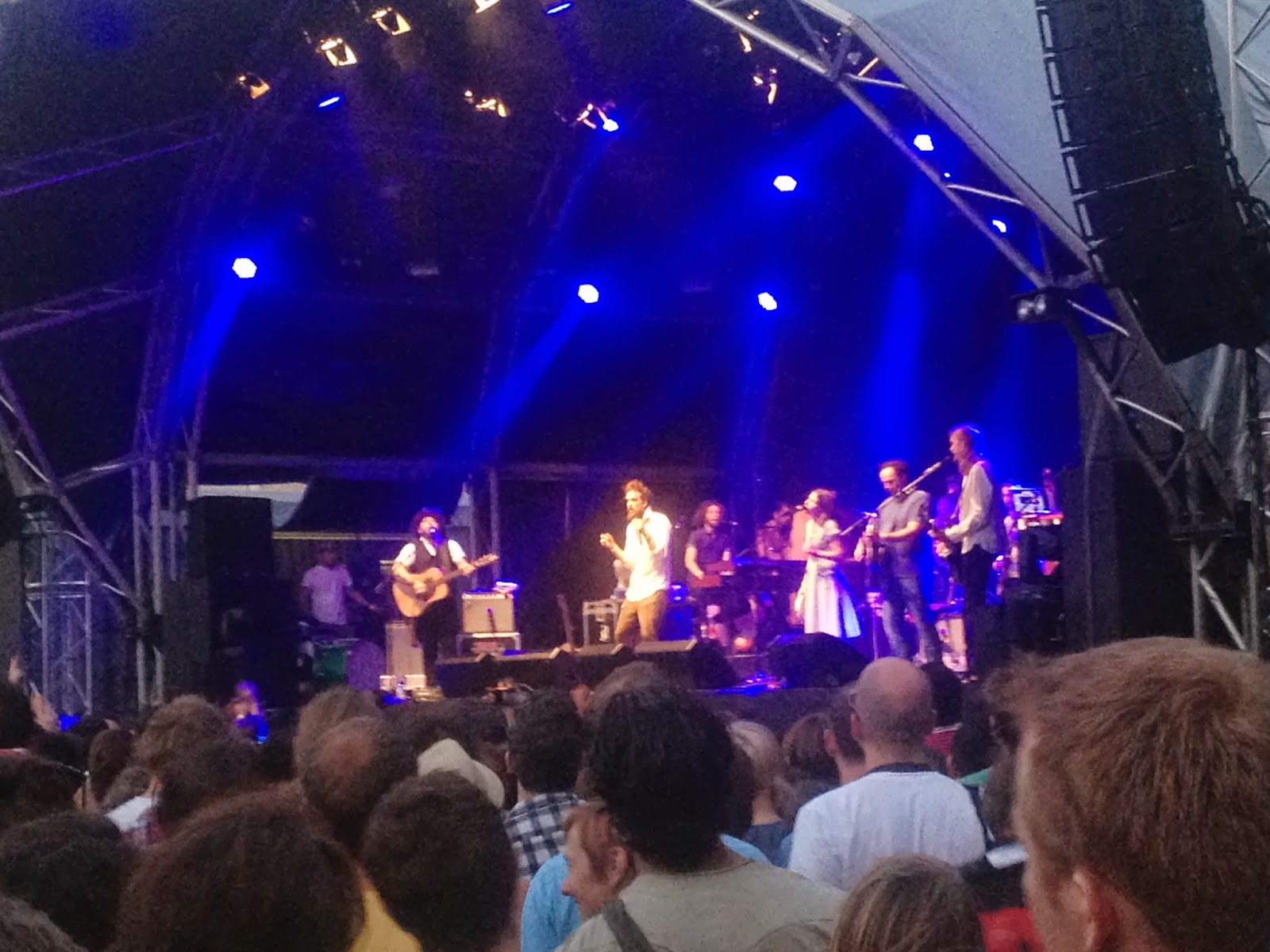 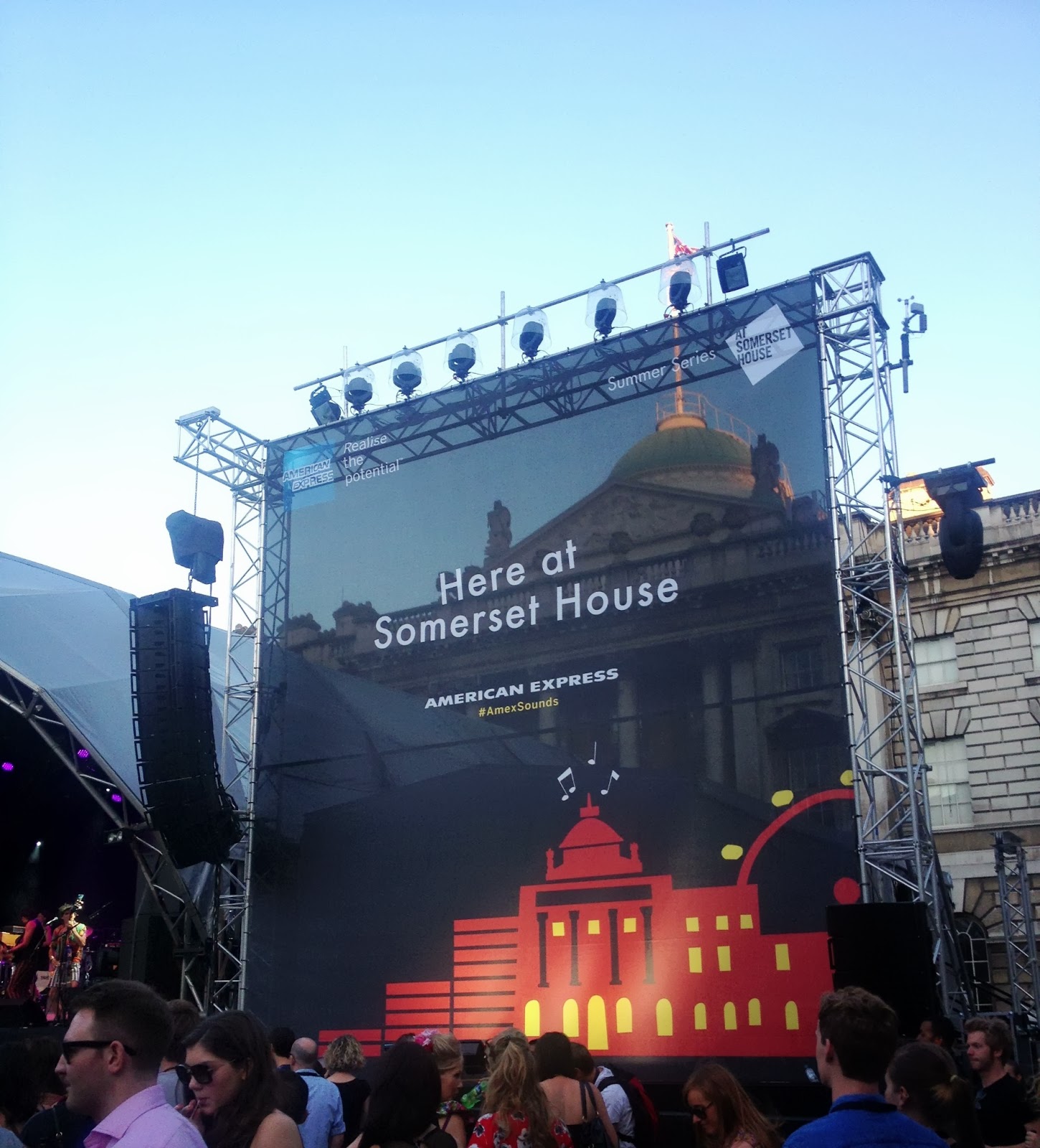 But the amount of people on stage didn’t overcrowd the stage. They were infectiously active, all in harmony with each other’s excitement, bouncing on (and off) the stage. It was never raucous, it’s not the sort of music that can create that sort of atmosphere. Instead it radiated happiness, which is so rare at gigs. Everyone was dancing and cheerful, singing along and laughing. They played until the last second of their curfew, dragging out songs with extra bridges and handing the microphone to the audience in order to drag out their time on stage. They, and the audience, were savouring every moment – it wasn’t so much of a show but a collaboration and a meeting of friends. Adorable.