I’ve seen and done so much in my short time in Sydney already, and there are some things that I’ve done that I want to dedicate more detailed blog posts to when I have time to write. However, for now, I’m just going to give a quick insight into each week I’m away as I’m so busy everyday, it seems a shame not to share it now in a quick bullet point format so I don’t miss anything!

Day 1: Breakfast and a walk up Bondi beach, lunch of schnitzel at a German social club, walked from Bondi beach to Bronte beach before jet lag hit me at 8pm and I pretty much passed out! 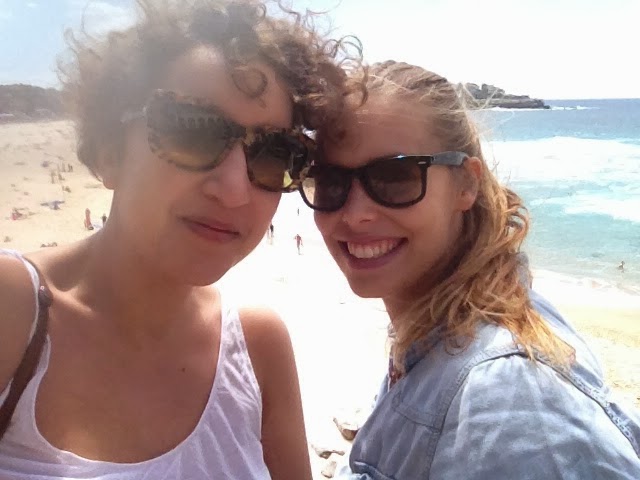 Day 2: First day in the office and had lunch with an awesome view of Harbour Bridge. Took the ferry home from Circular Quay and had my first view of the world famous Sydney Opera House. Jet lag was threatening to take over again so my friend took me to for a swim in the sea at Bondi then a walk to Bronte. Before sleep hit we had an amazing Thai meal and I managed to make it to 9pm without falling asleep standing up. 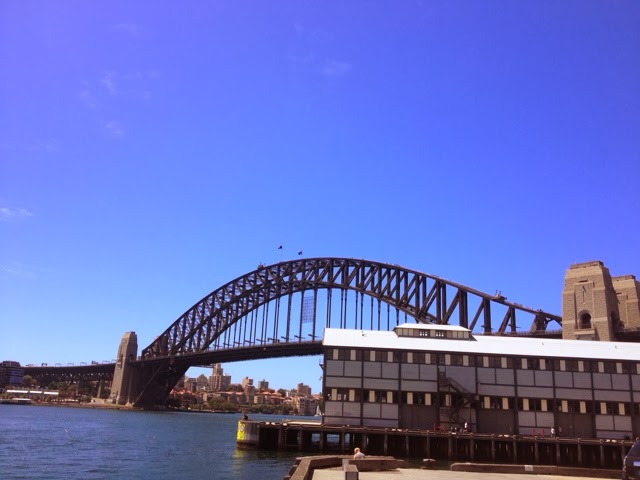 Day 3: I explored The Rocks on my lunch break and found a great chicken curry. My exploration took me to the Observatory Hill which was so beautiful in the sunshine and had another ace view of Harbour Bridge. I got the bus home which gave me my first glimpse of Central Sydney and the surrounding areas before heading to Hurricanes in Bondi for a stupid amount of ribs! 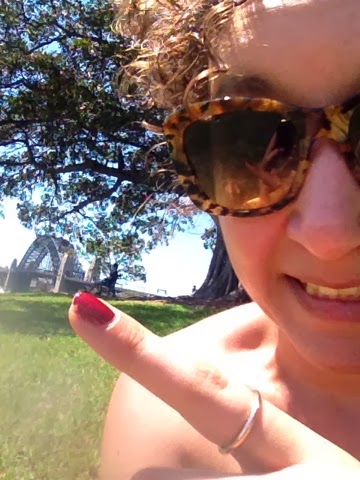 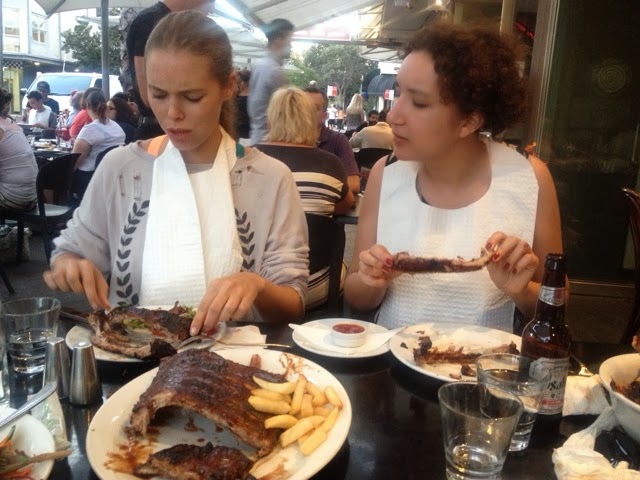 Day 4: More lunch time exploring led me to finding the steps up to where cars go to drive over the Harbour Bridge and I could see people climbing over it too. Later that day I went to a pub quiz in Bondi and met up with an old colleague who happened to be in town. There was an almighty thunderstorm which was amazing to watch over the sea, although was the beginning of a spate of rainy weather which has been annoying but I won’t let it stop me from exploring! 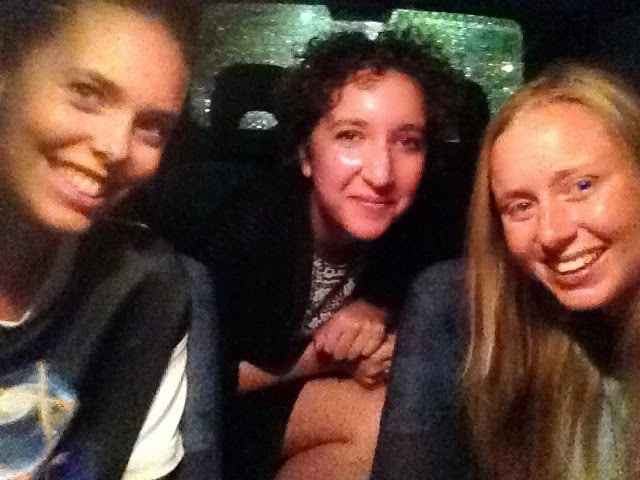 Day 5: I got to leave the office early so I went to look further afield than the area the office is in and Bondi (where I’m staying). I finally got to get up close and personal with Sydney Opera House (which is surprisingly small) and then walk through the main city. We walked up the central shopping streets and stopped for tea before walking to Darling Harbour. From there we headed to Chinatown and I discovered Emperor’s Puffs – 30¢ worth of yumminess! We then found the glamorous drag queens of Oxford Street (there are so many places in Sydney named after London places!) and the awesome GAYTMS produced in time for Mardi Gras. The day was wrapped up with a meal in Bronte with more expats from the UK and a well deserved glass of wine. 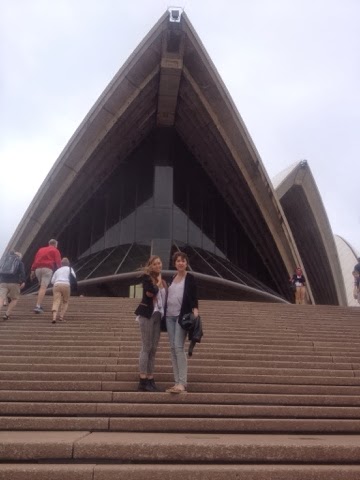 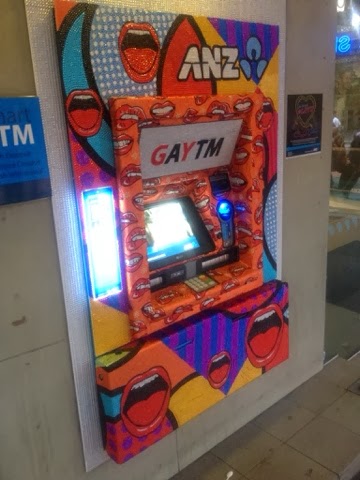 Day 6: I headed to my work’s social day in the afternoon which consisted of the weirdest team games ever. I strapped a pedometer to my head and shook it for a full minute while others tried to empty a box of tissues as quickly as possible. Don’t ask! After a tiring week, we settled on getting an Indian takeaway and having a bit of a sleepover watching crap tv. Perfect. 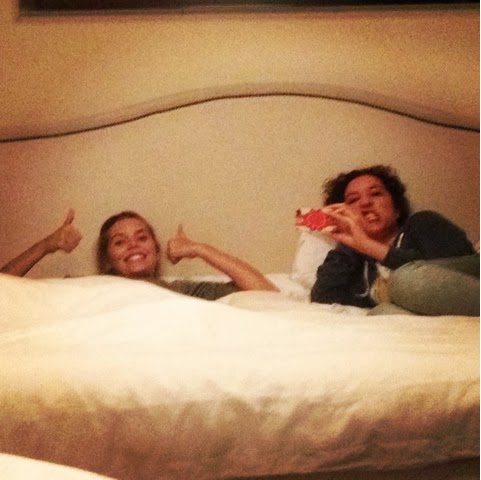 Day 7: The rain scuppered our original plans, but that meant we ended up at Black Star Pastry and sampled some of its famous watermelon cake as well as a chocolate cream eclair – not too shabby! We had a wander around an outlet shopping place (I got a fabulous leopard print kimono jacket which I’m wearing in the pic below) before having some surprisingly good Chinese food at Bondi Junction Westfield. That evening we headed into Central for the famous Sydney Mardi Gras – the biggest LGBT parade in the southern hempishere. I’ll write more on this later, but needless to say it was bright, loud and very, very proud. 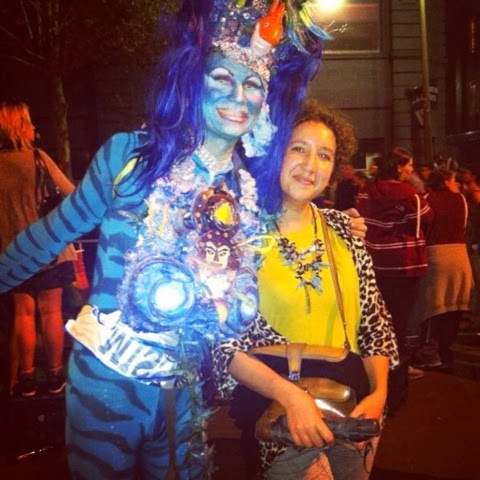