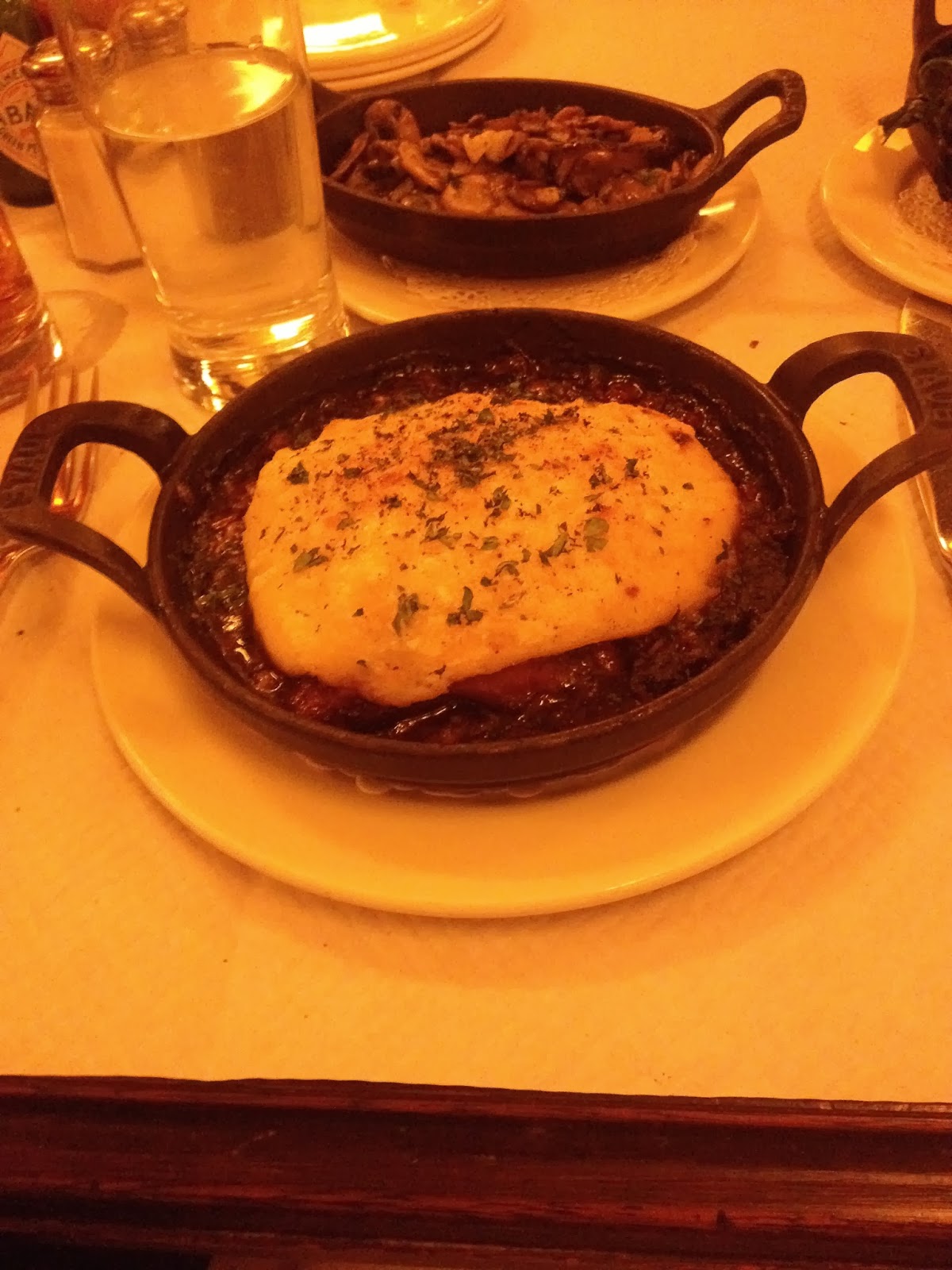 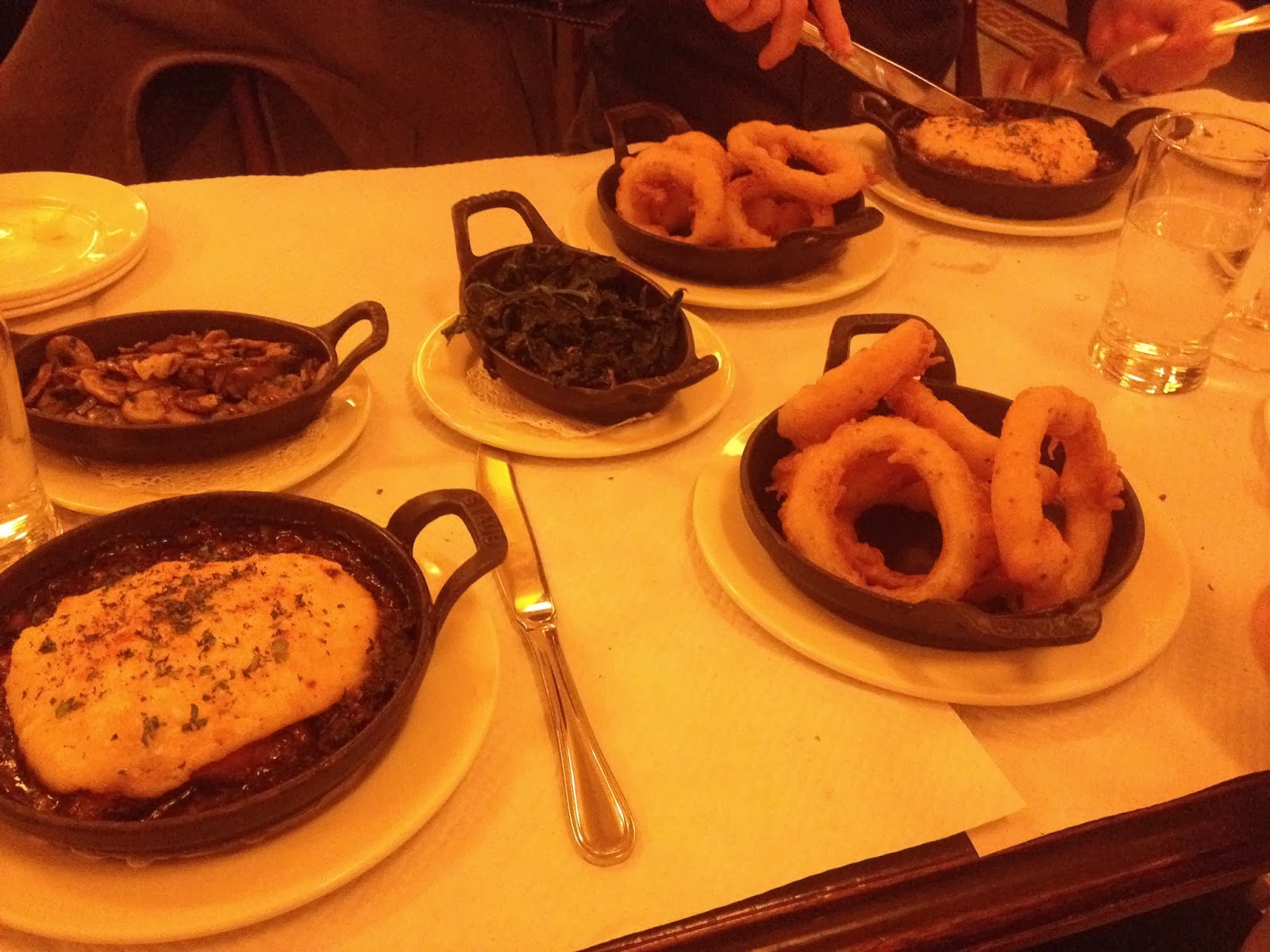 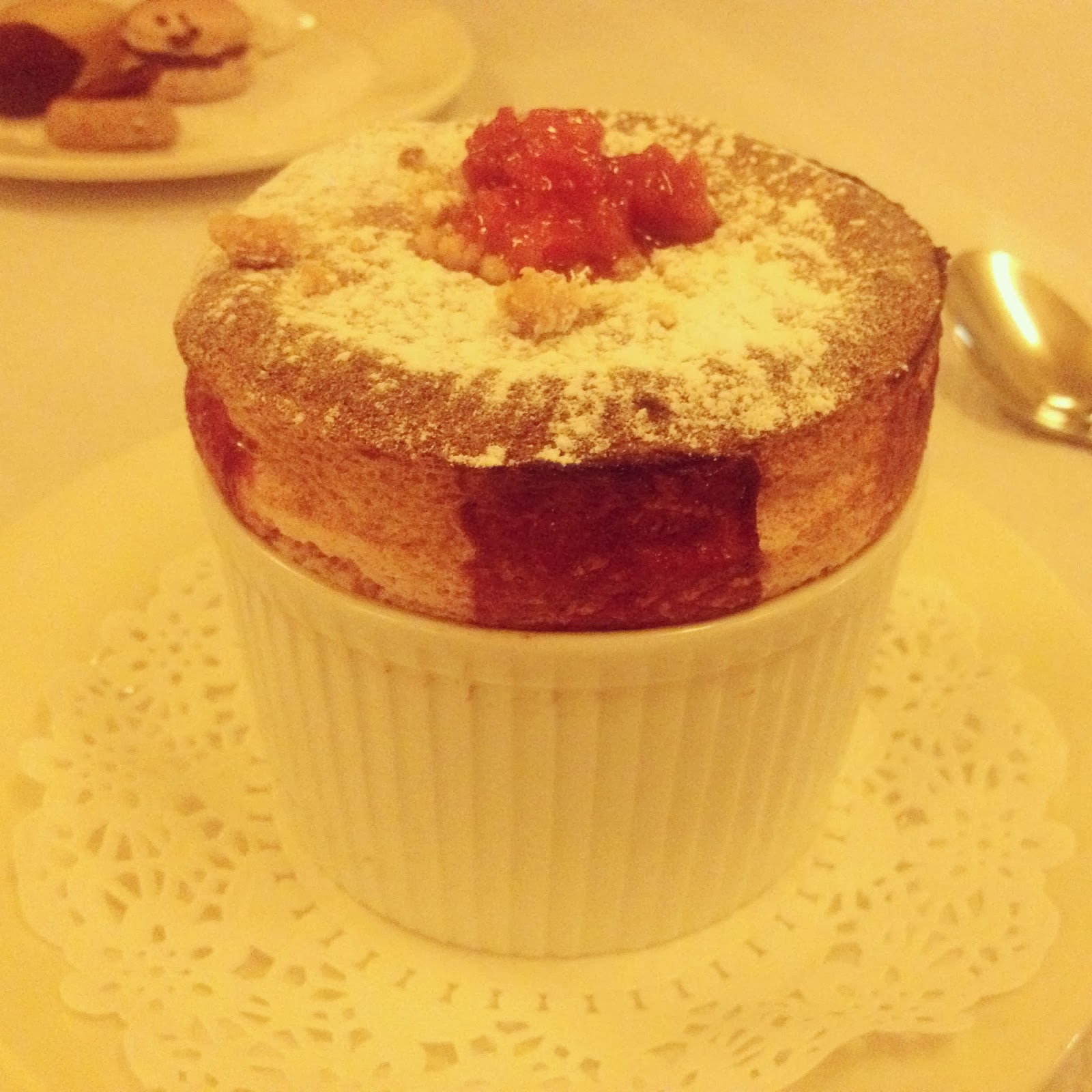 I’m not ashamed to say that when a new restaurant opens in London to a lot of hype, I am always beyond curious to go and try it myself. Balthazar originates from New York, although it serves French cuisine, and opened it’s London outpost late last year in Covent Garden.

The setting is incredible, taking you back to the 1920s with huge mirrors, red velvet chairs and dark wood making up the fixtures and fittings. The dim lighting wasn’t off putting, although it wasn’t easy to take good photos in there. We were seated next to a huge fresh seafood section with lobsters and shrimp in crushed ice, looking like they could be served up at the fanciest pick ‘n’ mix you’ve ever seen.

I had the ham terrine with plum chutney for starter. Although the terrine wasn’t really anything special, the chutney was perfect; not too vinegary but sharp enough to give the terrine the oomph it needed. I keep thinking about making my own chutneys and this has jolted the idea again, so watch this space!

My main was duck shepherd’s pie. Yes, it was as rich as it sounds. Served in a shallow dish, this isn’t made to eat in a large quantity or you’ll probably just feel I’ll afterwards. I could only eat half of it but it was delicious. I rarely have duck that isn’t covered in hoisin sauce so it was a treat to eat it when it had been succulently roasted instead. On the side we had sautéed spinach and buttered mushrooms, two things that I’d happily eat with every meal.

The pièce de résistance thought was the incredible dessert. Let’s be honest, that’s the main reason any of us go to a French restaurant. I had a rhubarb soufflé with creme anglaise which did not disappoint. I adore rhubarb; it reminds me of being a kid and having crumble for pudding and it’s enough to hit my sweet tooth without being too overwhelming. This was soft and sweet without being sickly and the creme anglaise was like having thick melted vanilla ice cream. I fell in love, I’m not going to deny it.

Next on my hit list is The Smoke House. I’ll get there eventually and as ever, you can read about it here or see my pics on Instagram @charlienin.