As I’m sure you’re all very aware, I’ve spent three wonderful weeks in Australia and I knew that the thought of heading straight back to London would be too much to bear. To save myself from an uncomfortable bump back to reality, I stopped over for a week in Hong Kong before flying home. As it turns out, one of my best friends lives in HK so I was able to stay with her and explore too. As with my Australian posts I’ll write up some of these explorations into more detail, but until then, here’s what my time in Hong Kong consisted of (being written on the flight back to London, feeling very grumpy that I have to go back to the real world in the next 48 hours!):

Monday: I stayed in Sheung Wan which is very central and makes it easy to get everywhere very quickly. I took in my first temple, the small Man Mo temple and was instantly amazed by seeing something so different from anything I’d see in Europe. I then walked up to the Botanical and Zoological Gardens where there is a range of monkeys being held. It wasn’t a very pleasant experience as I’m pretty sure the monkeys didn’t have the room they needed and weren’t very happy, so I headed off back down the hill to see some of the famous architecture. I gazed up at the Bank of China and went into the famous HSBC building, both of which tower above the streets below. I weaved in and out of the various streets in the Central area, including up Graham Street (famous for the wide array of fruits  and vegetables on offer) and the fishmongers of Lower Lascar Row (who have live fish right in front of you to pick from!). That evening I had my first genuine Chinese dim sum and drank my weight in green tea! 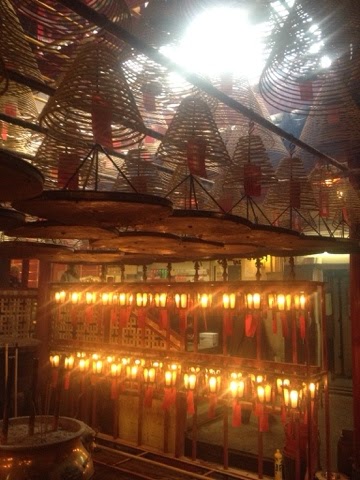 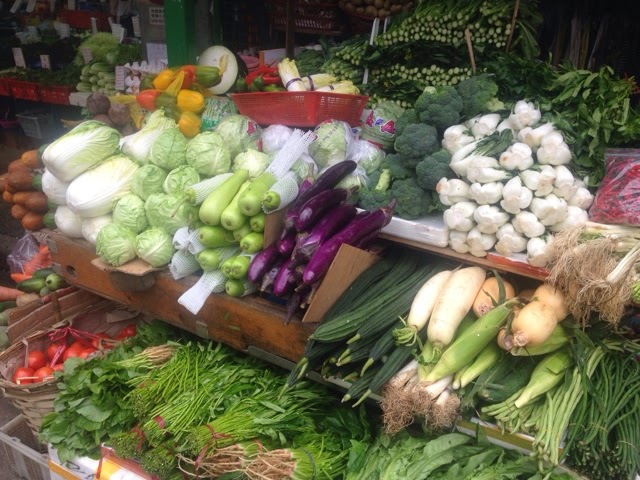 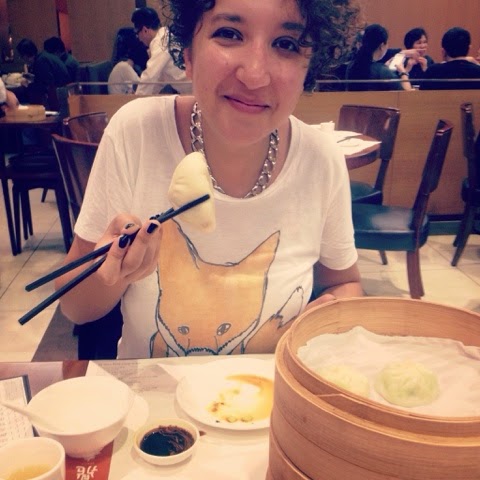 Tuesday: I ventured much further out of Central and headed to the 10,000 Buddhas Temple. I sweated up what felt like a million stairs in the boiling heat but it was so worth it – the gold gilded Buddhas were spectacular and the temple and pagodas at the top were like nothing I’d ever seen before. My temple excursions didn’t stop there! I then went on to see Chi Lin Nunnery which was a beautiful building strikingly set right in front of looming residential skyscrapers, yet still surprisingly peaceful. Close by was Wong Tai Sin temple – probably the most famous temple in Hong Kong. Outside the street is lined with fortune tellers so I got my palm read! I then went to Apliu Street flea market. I didn’t realise until my friend told me later, but that area of town is the poorest in Hong Kong. I was definitely the only western person in the area and the state of the apartments in the area should have signified it to me sooner. It was really eye opening. 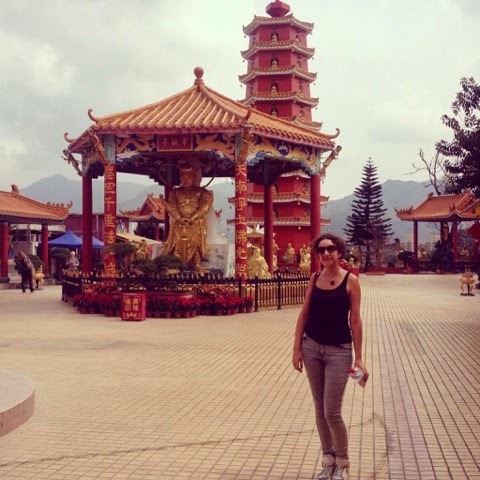 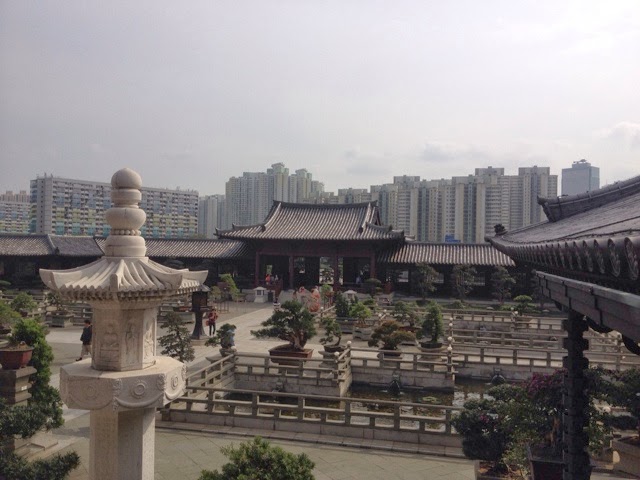 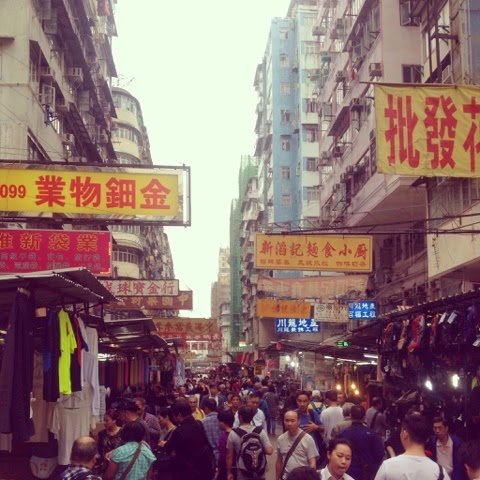 Wednesday: I finally made it up to Victoria Peak! Sadly the famous tram was having maintenance during my whole stay, so I took the bus up to the top. It was so staggering to see huge tower blocks still standing tall all over the mountain area and the views down to the city were very impressive. Once I was down I took the bus to Stanley, a seaside town in the south of Hong Kong. I saw the beautiful island beaches and then walked the promenade of Stanley next to its well known market area. Very calm. That evening I went to my first sky bar (the bars within the skyscrapers throughout the city that boast the best views around the city). Sadly the mist was bad that evening and we only saw over to Kowloon just before we left, but we did manage to catch the famous light show projected onto the skyscrapers on Kowloon but enjoyed by those on Hong Kong Island. 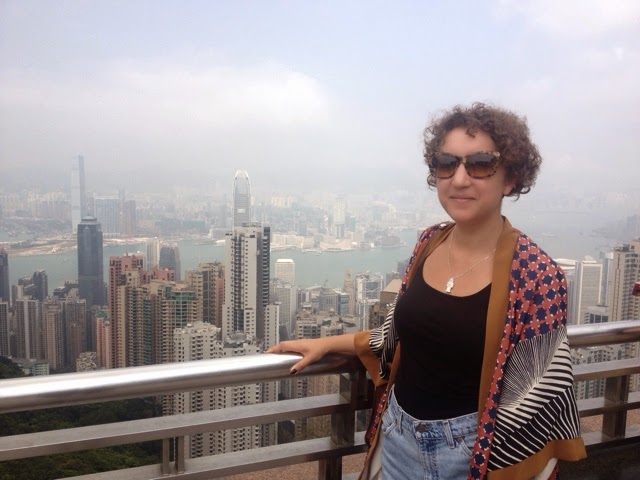 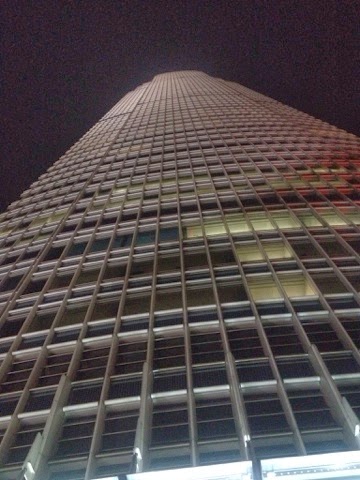 Thursday: I headed up to the famous ladies market in Mong Kok to get my first glimpse of the famous fake designer goods so well associated with China. I could not believe the amount of imposter Mulberry, Michael Kors and Louis Vuitton bags there! It was full of British women loading up on whatever they could but I decided not to get anything. Instead I got some great oversized clutch bags and a cute pussy bow blouse – no designer names on them, but bargains nonetheless. I then headed to Kowloon promenade and walked the Avenue of Stars, culminating in a huge statue of Bruce Lee! I met my friend and we walked through to the Jordan area where Temple Street Night market is. We had dinner at a street side restaurant which I was a bit wary of at first but it was delicious! 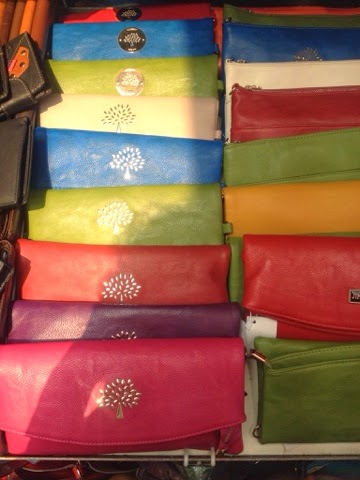 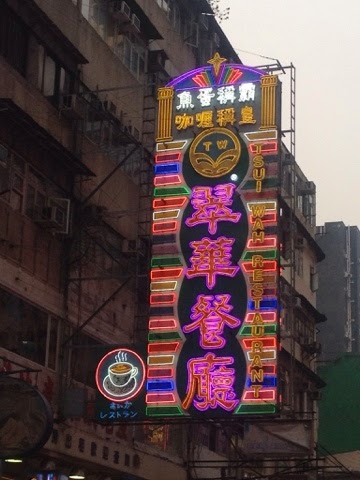 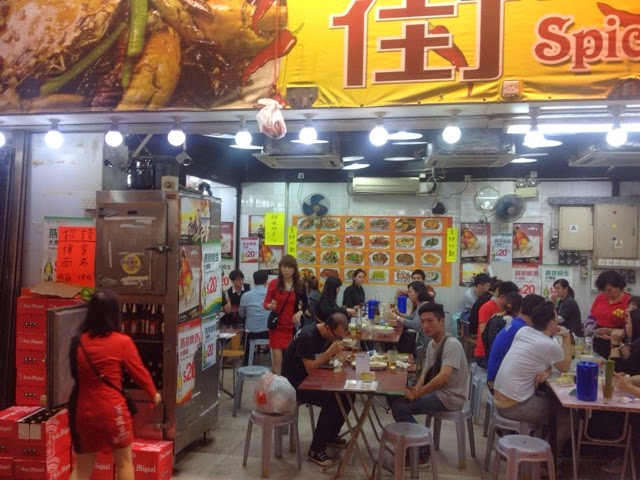 Friday: I jumped on the MTR and went all the way to Tung Chung to get on the famous cable car (with a glass bottom!) to the village of Ngong Ping on Lantau Island where the famous bronze Buddha statue sits. It’s the biggest seated bronze Buddha in the world and sits atop a hill looking serene and beautiful every vantage point. This was awesome in the truest sense of the word. As cheesy as it may sound, I felt really blessed to see something so impressive and imposing – it’s really unlike anything I’ve ever seen. That evening we went for cocktails at a sky bar which was probably a mistake considering we had an early start in Saturday. 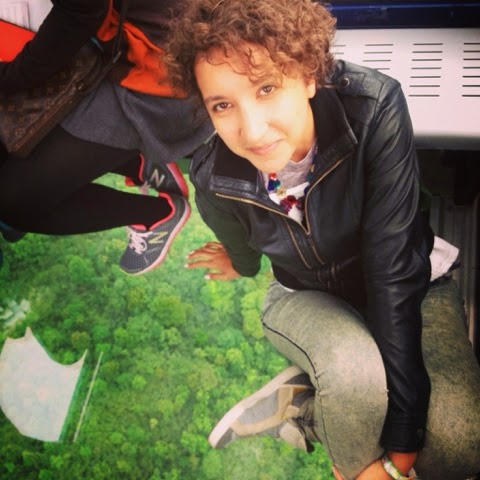 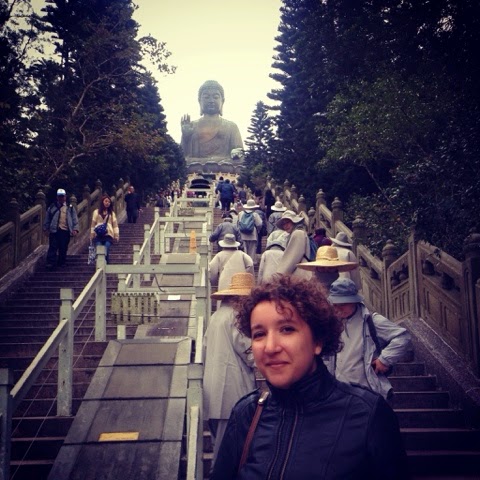 Saturday: We went to Macau! Another country ticked off my list! We took the ferry to the strange country, previously owned by Portugal and it is without a doubt, the oddest place I’ve ever been in my life. My blonde friend was a tourist attraction in herself, with Chinese tourists taking her photo everywhere we went which was so weird. There wasn’t a huge amount to see in the town although the architecture is very strange: European style but covered in Chinese writing and signs. Macau is obviously famous for its casinos and it’s basically the Las Vegas of the east. We went to the Venetian and it was bizarre! The hotel was painted to look like Venice, with a river with gondolas on it floating through the centre! I was glad to get back to the relative sanity of Hong Kong after that! 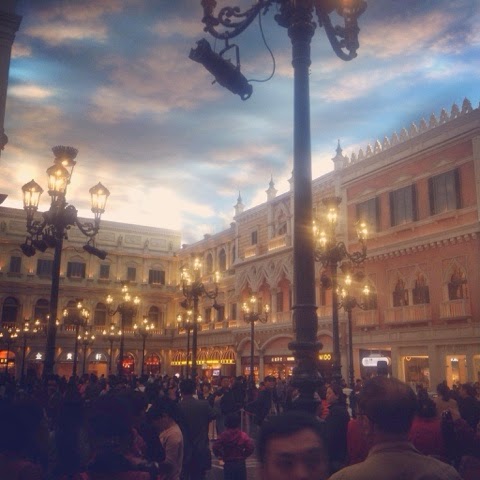 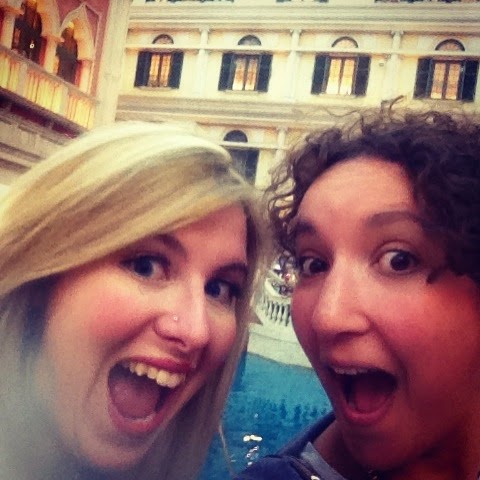 And now here I am, sat on a plane home. I can’t believe a month has gone and I’m headed back to London. Three hours in to a 12.5 hour flight so I’ve got plenty of time to get used to the idea of being back!