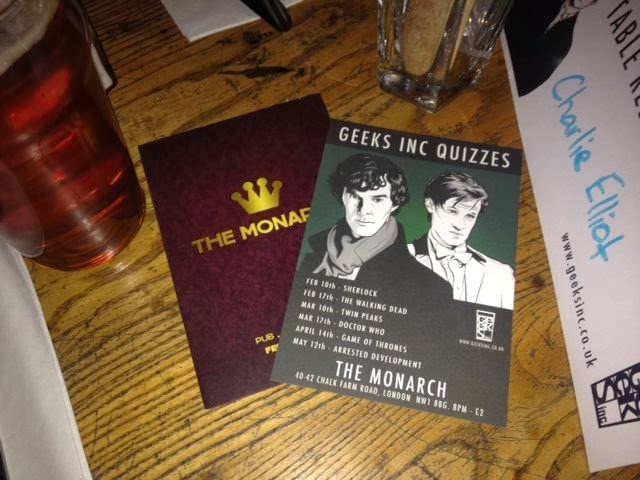 Oh my! With preparing to go to Australia, I completely forgot to write about this awesome pub quiz I went to a few weeks ago!

Geeks Inc hold a number of pub quizzes inspired by the best cult TV shows, films and comics that have acquired their own crazy fandoms. It’s no secret that I’m a bit of a Sherlock fan and I was so excited to see this quiz pop up in my news feed! Me and my housemate Ashleigh skipped on down to The Monarch on Chalk Farm Road to get our geek on in our proud little team of two called Long Coat, Short Friend (check out Ashleigh’s blog to see why that name is appropriate!). 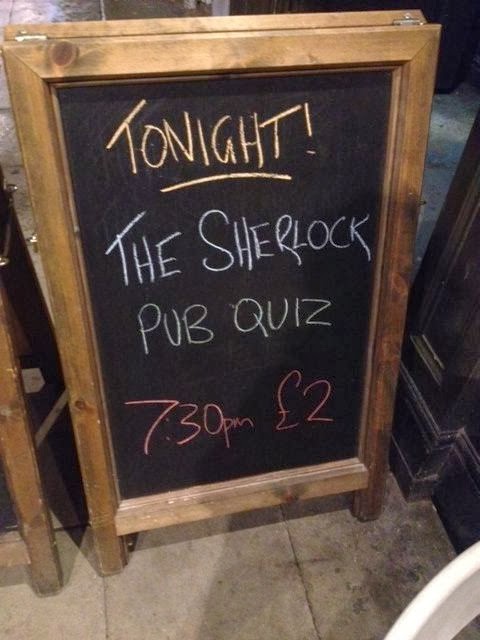 There was a round for each series which was all well and good until series three. I mean, how do people know that much about something that’s only aired once, eight weeks ago?! It was the typical pub quiz scenario of being one number out on a question, or feeling that itch on the tip of your brain where you know the answer is lying dormant waiting for you to finally get it. So many questions that we should have know the answers to and we just missed out!

There was a round on Benedict Cumberbatch himself which we were pretty crap at (how am I supposed to know his birthday?!), one of the character of John Watson and another one on Irene Adler. Oh yes, and a drawing round. The less mentioned about that the better! 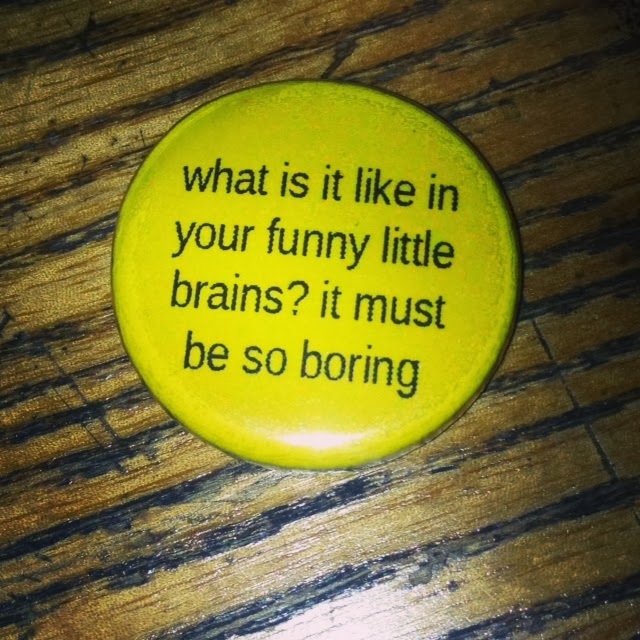 We came 10th out of 18, which we were very pleased about considering we were a team of just two people! The quiz was so popular in fact, that it was held in multiple pubs across London simultaneously, with 48 teams in total. We came 23rd out of all of those which is a definite success!

Other quizzes run by the Geeks Inc lot include Doctor Who, Game of Thrones and The Walking Dead. The guys who run it are all super enthusiastic and really do love the shows they’re talking about. A quick chat with one of them about Doctor Who turned into a very enthusiastic, over exaggerated gestures sort of conversation that you only find with real fans. You can find the full line-up of Geeks Inc quizzes at their website and also by following them on Twitter. I’ll see you at the next Doctor Who one!