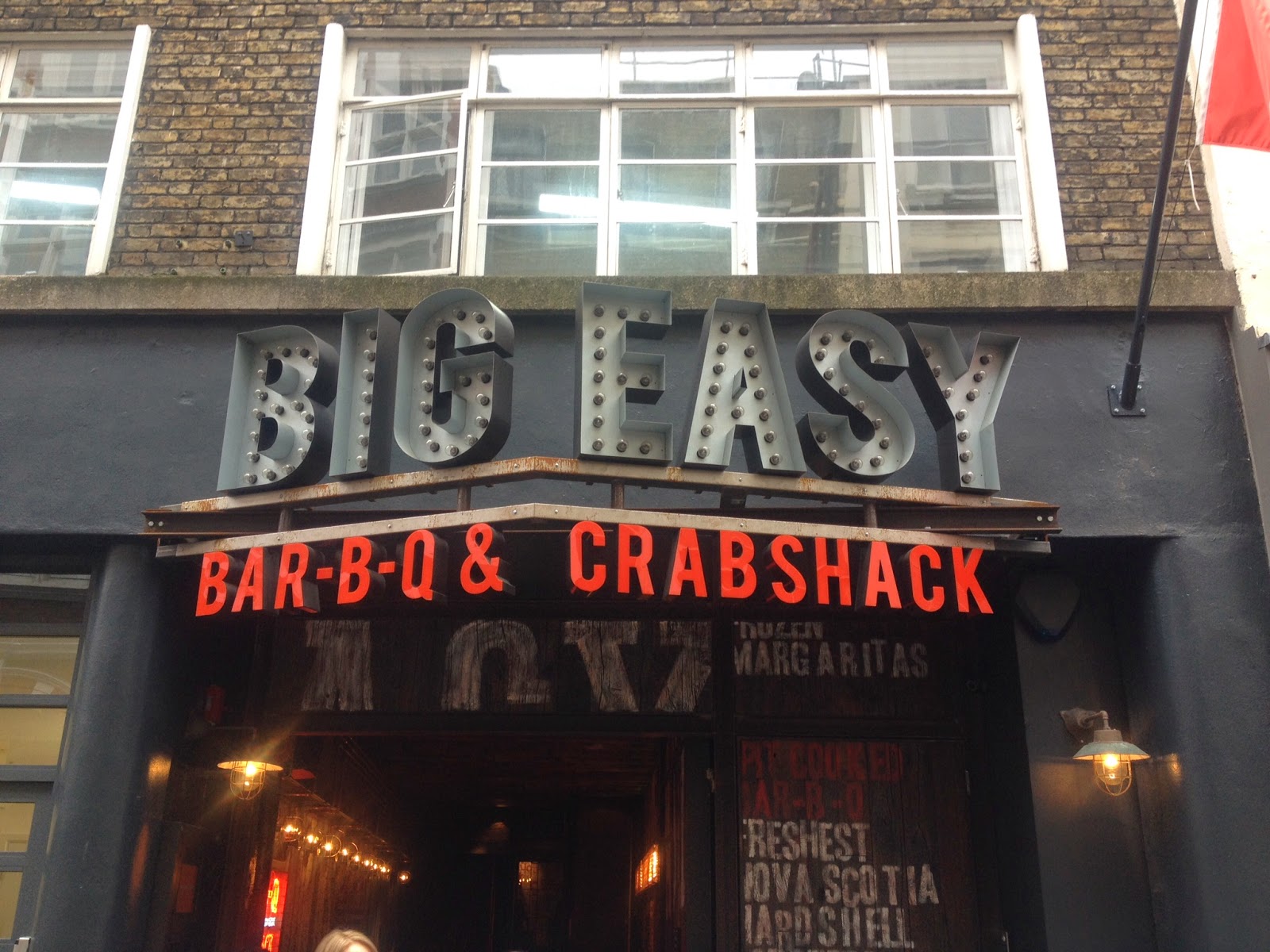 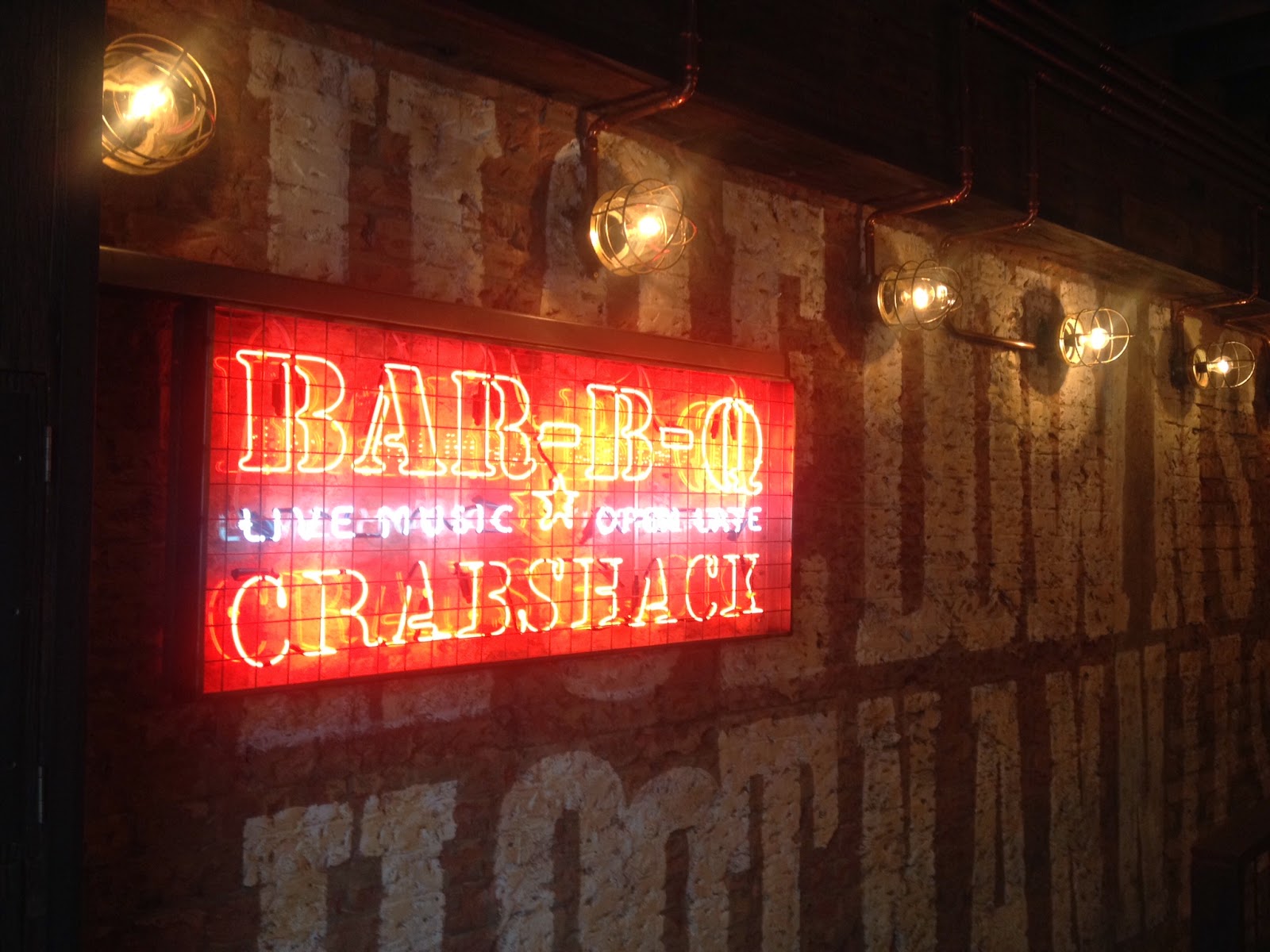 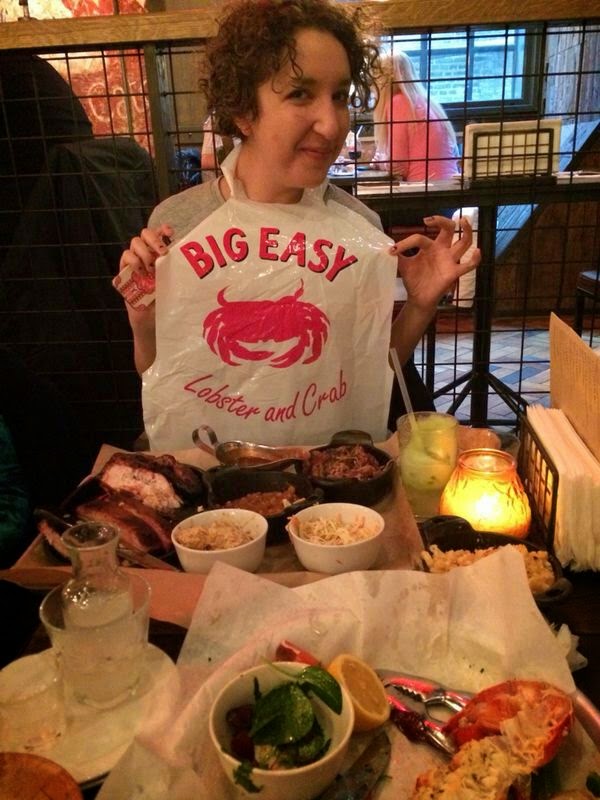 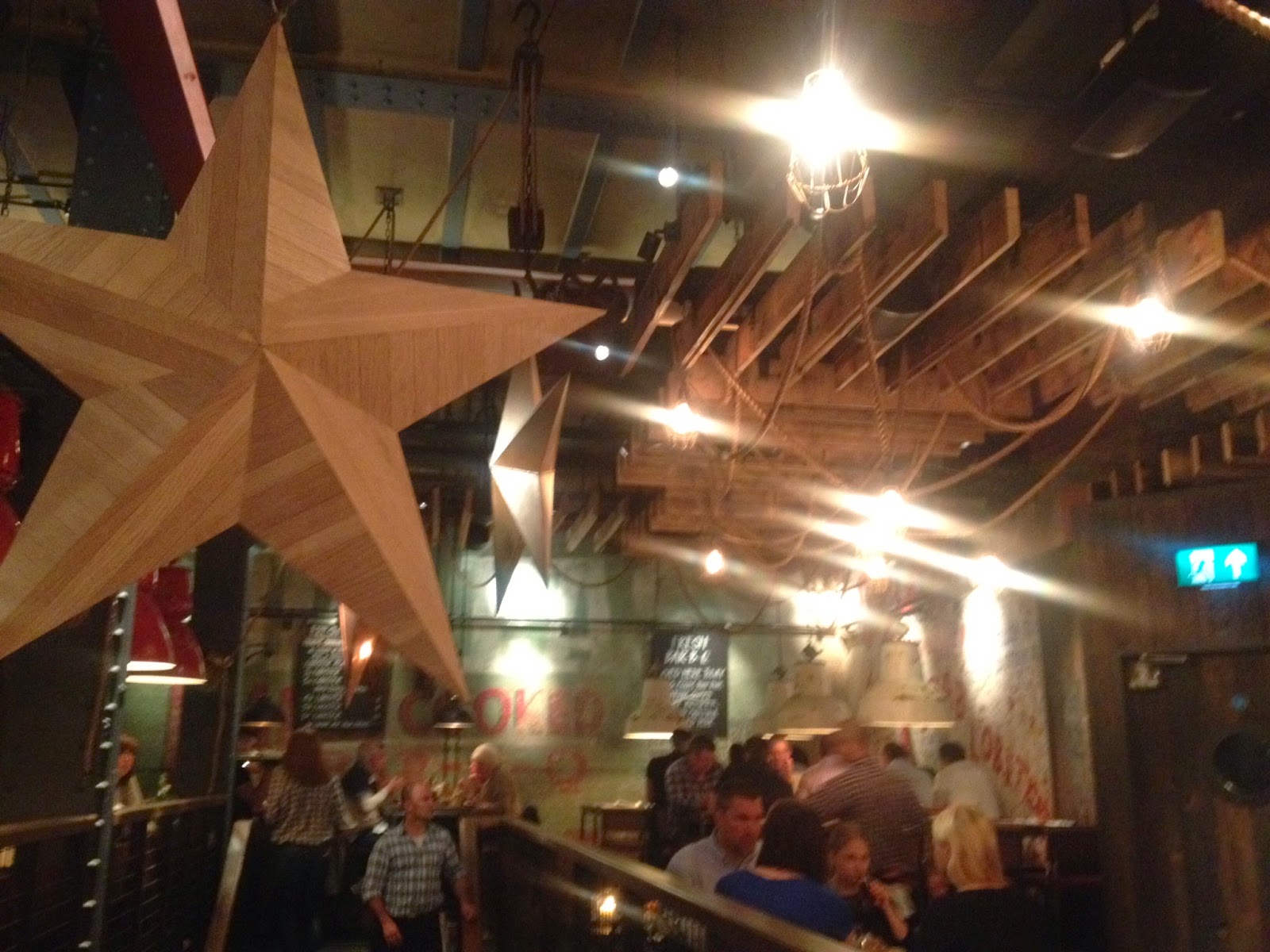 Living in London, I’ve discovered that trends in food come around as much as trends in fashion. No reservations were huge for a while but thankfully that seems to be less frequent recently; then everywhere was ‘the best burger in town’, and now it seems to be barbecue. I’m a big fan of Pitt Cue Co, the tiny little place near Carnaby Street that has the best mashed potato I’ve ever had in my life. I’m planning a trip to One Sixty Smokehouse in West Hampstead soon, and while all of this food porn on Instagram is going on, I spotted a lot of people heading to Big Easy.

Big Easy has an outpost in Chelsea already, and their new place in Covent Garden has gained a huge amount of publicity recently, meaning it’s near on impossible to get a table at a weekend. We embraced the chance to leave the office early before a Bank Holiday and get a early dinner sitting. Honestly, I swear we didn’t think we’d ordered that much but when it all turned up my jaw would’ve hit the table if there had been any part of it that wasn’t covered in food!

We went for half a lobster and the Taste O’Rama which is supposed to be for one person but consists of Pit-Smoked Bar.B.Q Chicken, three Dry-Rubbed St Louis Pork Ribs, Carolina Pulled Pork, smoked baked beans, slaw and potato salad. And we chucked some macaroni cheese in there for good measure too. You could say we had quite a bit, but that would be an understatement. That would also imply that we didn’t order dessert and we totally did; I can highly recommend the waffles with apple and cinnamon! 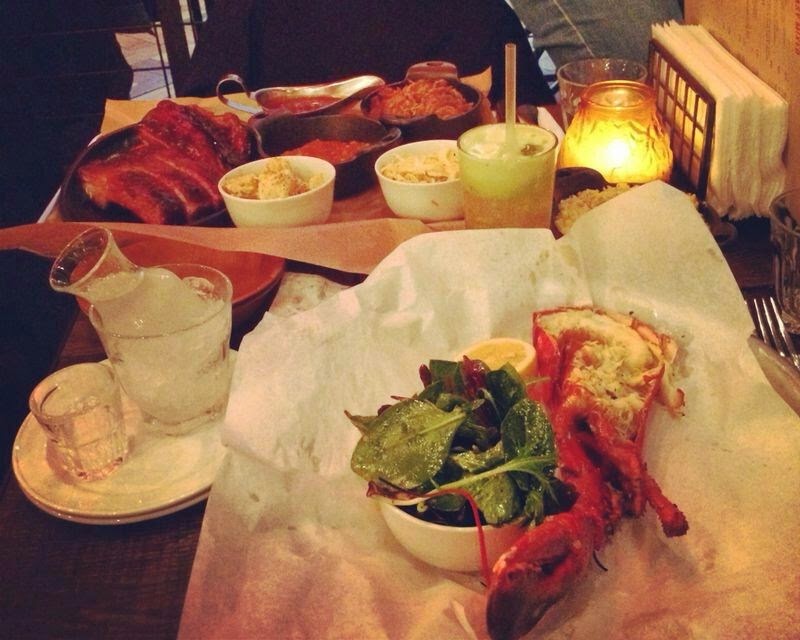 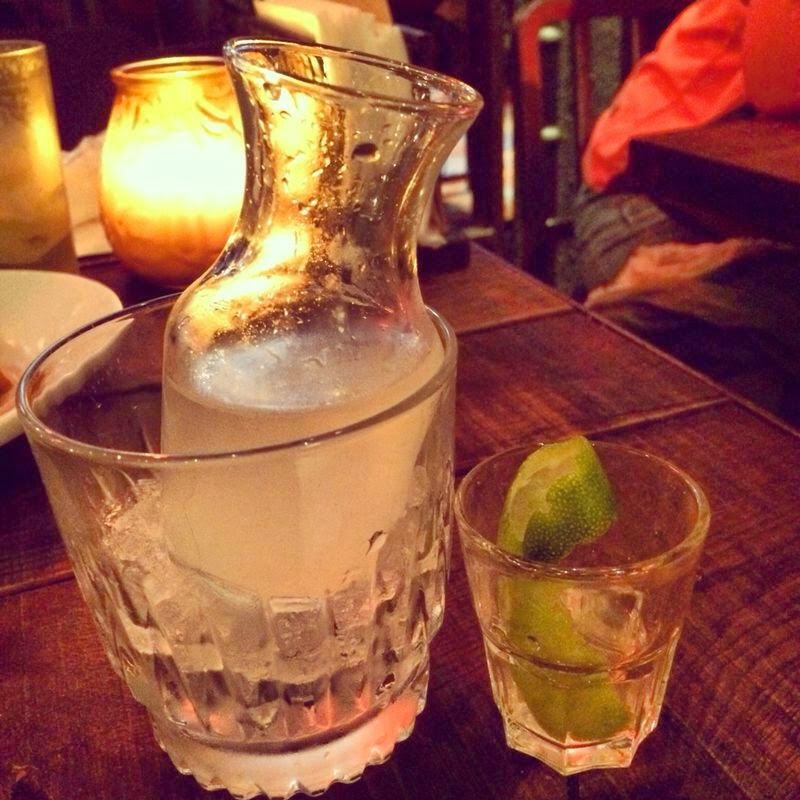 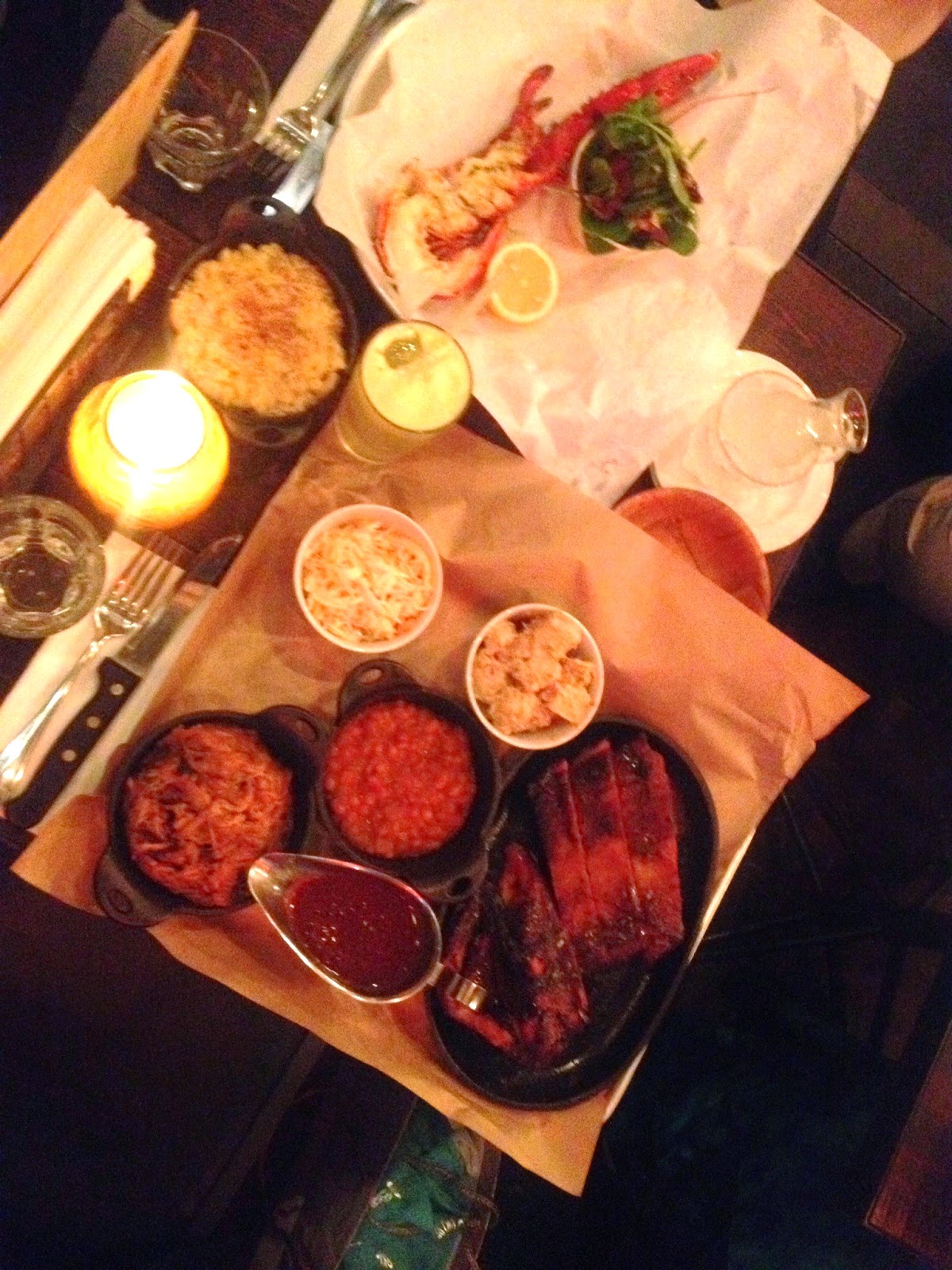 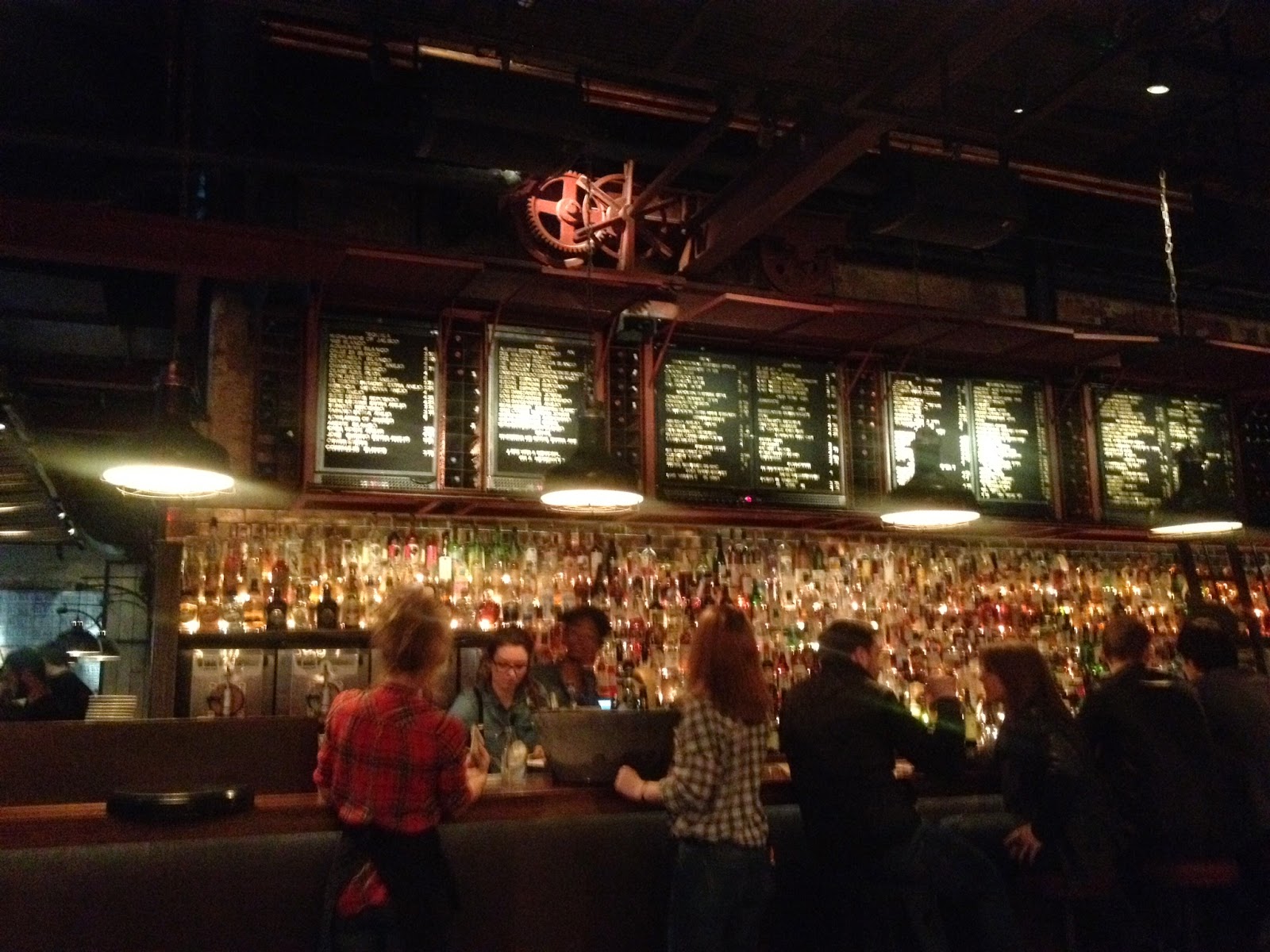 We had some great drinks too. I went for a ‘boozy juice’ of Bulleit Bourbon whiskey and apple juice that was freshly pressed at the bar. The difference between fresh juice and from a carton is so noticeable, especially when mixed with such a delicious bourbon, it was far too easy to drink and was the refreshment I needed with such a heavy meal. My cousin had a Dirty Martini which was served in the most ingenious way: it came in a small decanter sat in a glass of ice in order to keep it cold, but not water it down, and a small shot glass to drink it from.

If you’re looking for an affordable meal that will fill you up for the next 24 hours, Big Easy is your place. There’s no point in going for a romantic meal here, it’s all about the stomach stretching portions and huge array of cocktails; go with friends, share dishes, and wear a stretchy waistband.