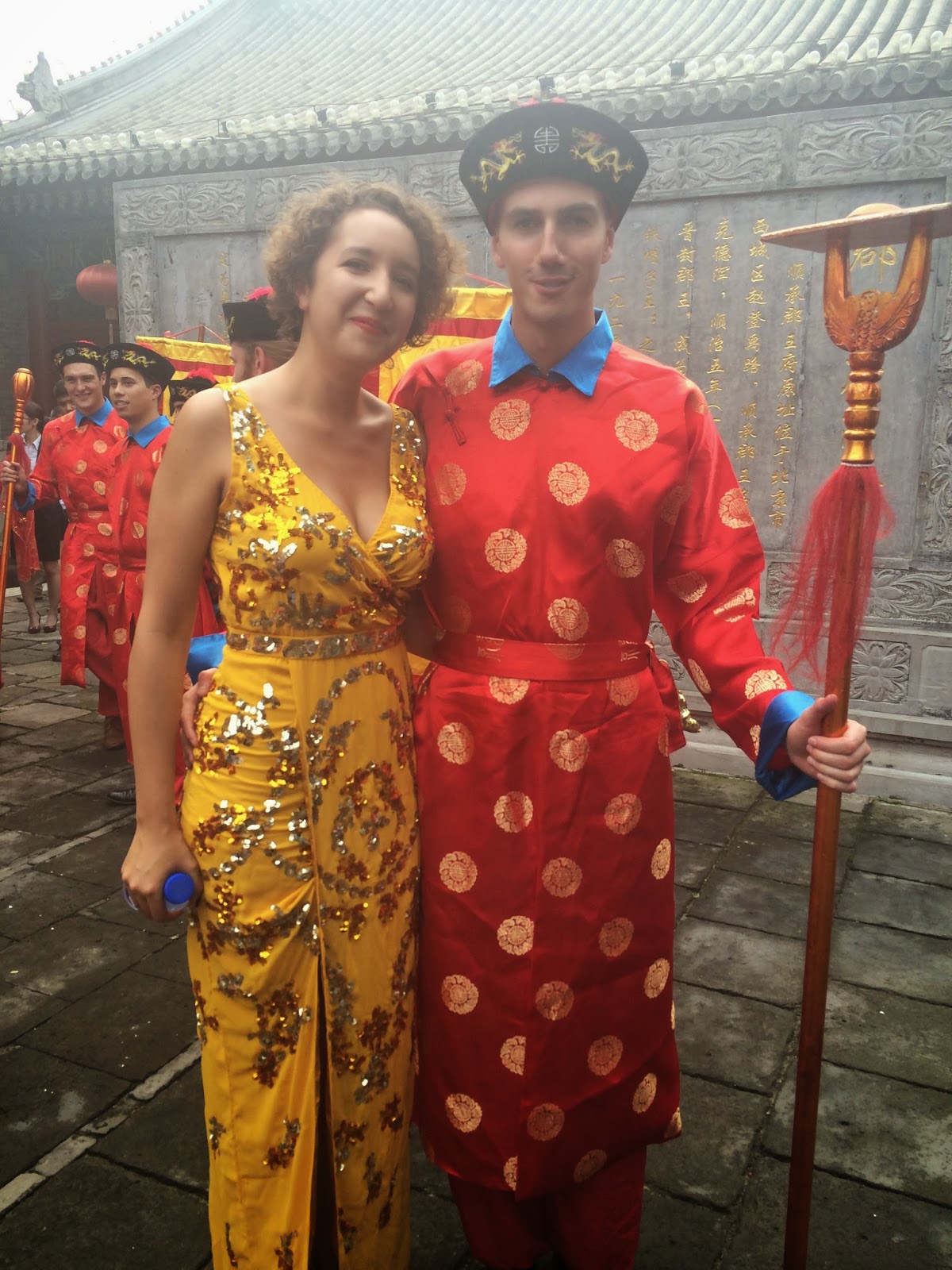 As I wrote a while ago, it’s got to that time in my life where wedding invites are coming in thick and fast. However earlier this year I was invited to a wedding in a slightly less conventional location, and when you’re asked to attend a ceremony in Beijing, it’s pretty hard to say no! Yes, it was expensive to get there, but my thinking was, ‘When would I ever actually go to China?’ It’s always looked interesting, but it’s never been top of my list to visit, so this seemed like a great opportunity to go somewhere new and slightly out of the ordinary.

I’ve got a couple of posts coming up about the sights and sounds of Beijing, but the wedding was genuinely a huge highlight and unlike anything I’d ever seen before. This wedding began at 7.30am and went on until 2pm, with tradition at its very heart, and the ceremony only playing one of many parts in the whole experience. The day began with a 6am wake-up call which played havoc with my jet lag. It’s an odd sensation putting on a floor length sequin dress that early in the morning, but even more strange when you are filmed leaving the hotel by the wedding videographer as the guests get into a convoy of red cars to drive to the bride’s parents’ house. Yep, a convoy. Driving through Beijing is terrifying at the best of times, and the horn is used more to tell people you’re coming through regardless, rather than to ask them to get out of the way. Plus most of them don’t have seatbelts, so I spent a lot of the journey pressing an imaginary brake on the floor as our own private paparazzi scooted past to get a good shot! 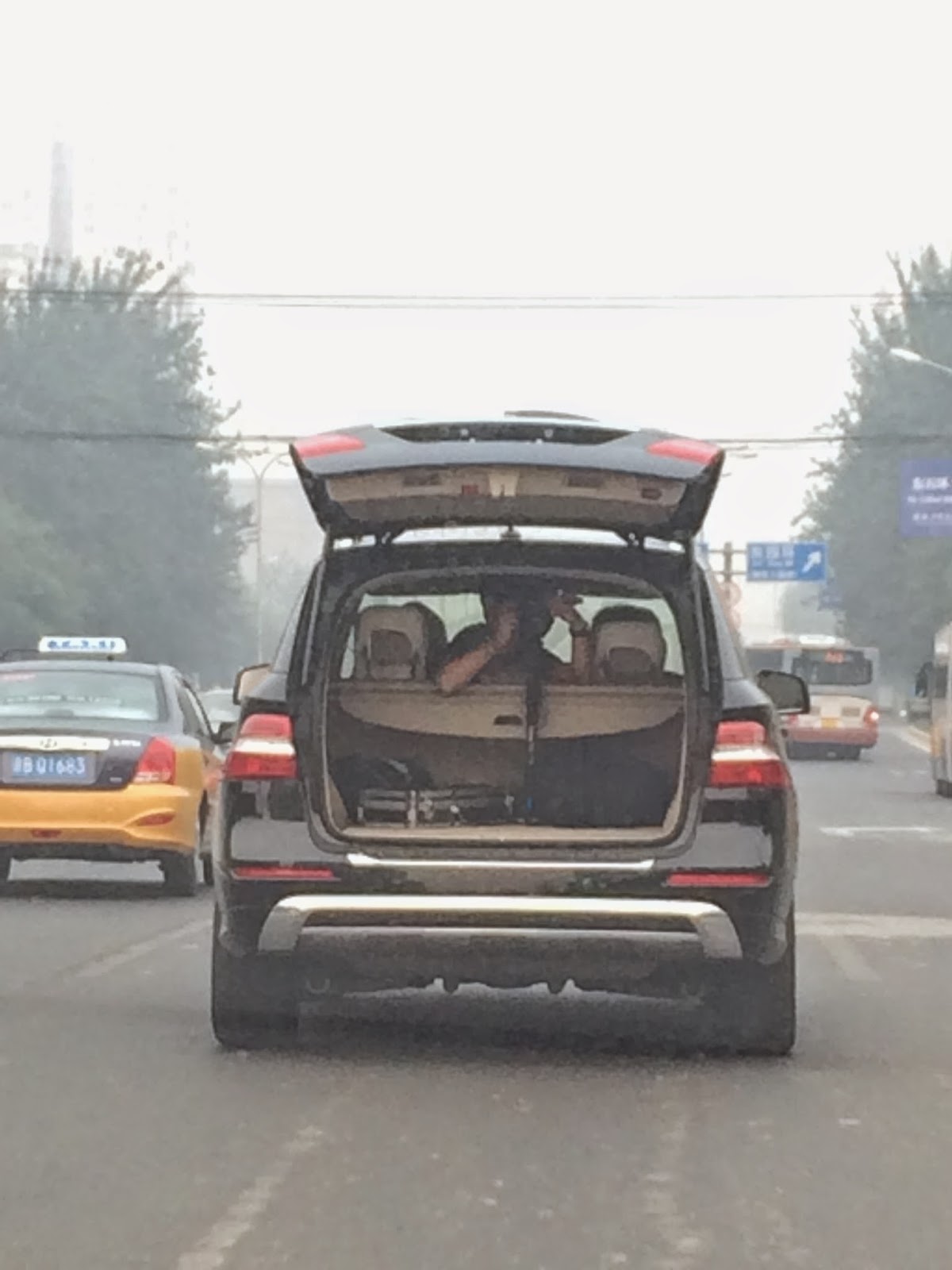 But we made it in one piece of course, and were greeted by firecrackers and fireworks in the street when we arrived just to make sure everyone knew we were there! All of the women were then positioned behind different doors in the house and the groomsmen assisted the groom in performing forfeits set by us in order for him to find his beautiful bride. These included push-ups, burpies, performing the full YMCA dance routine and singing Summer Lovin’ from Grease. Essentially, humiliation was key, and I think we succeeded! Once the groom was allowed in with the bride, he had to find a pair of her shoes hidden in her room and then propose to her again in front of the mini crowd. The room was decked out in red and the bride was wearing one of three dresses she would wear that day (a decision I could definitely get on board with for my own wedding!), totally setting the scene for the rest of the day. 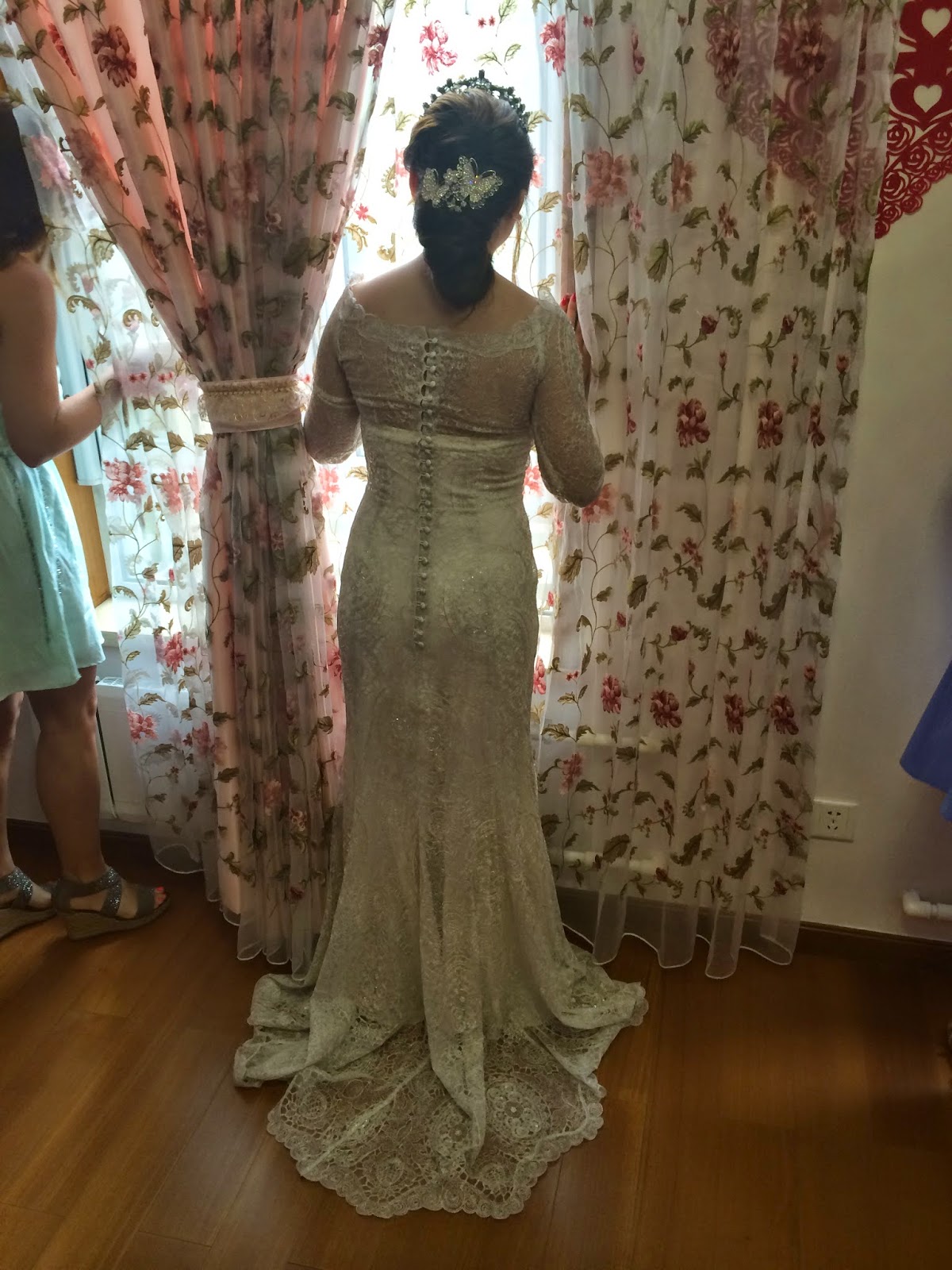 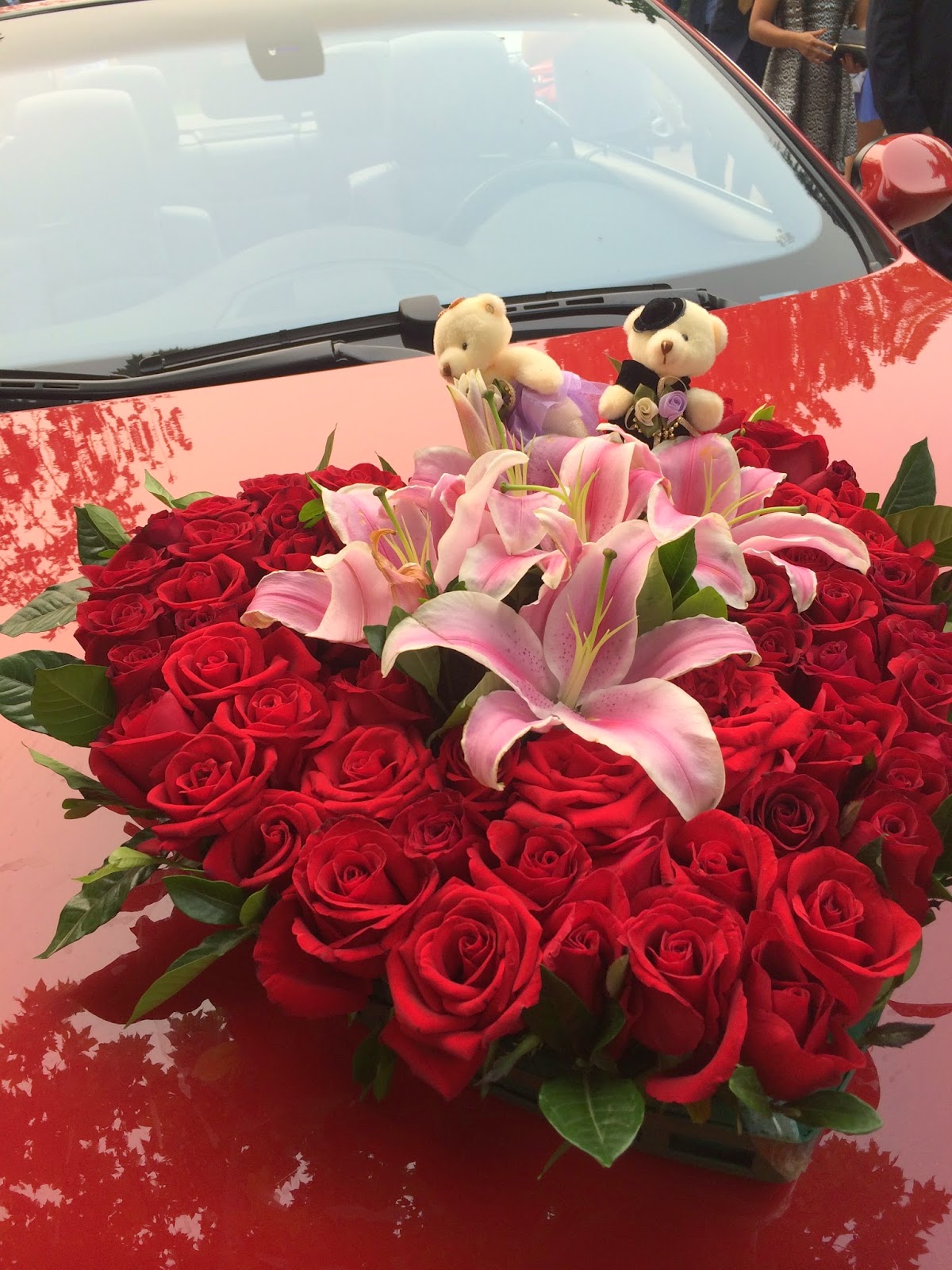 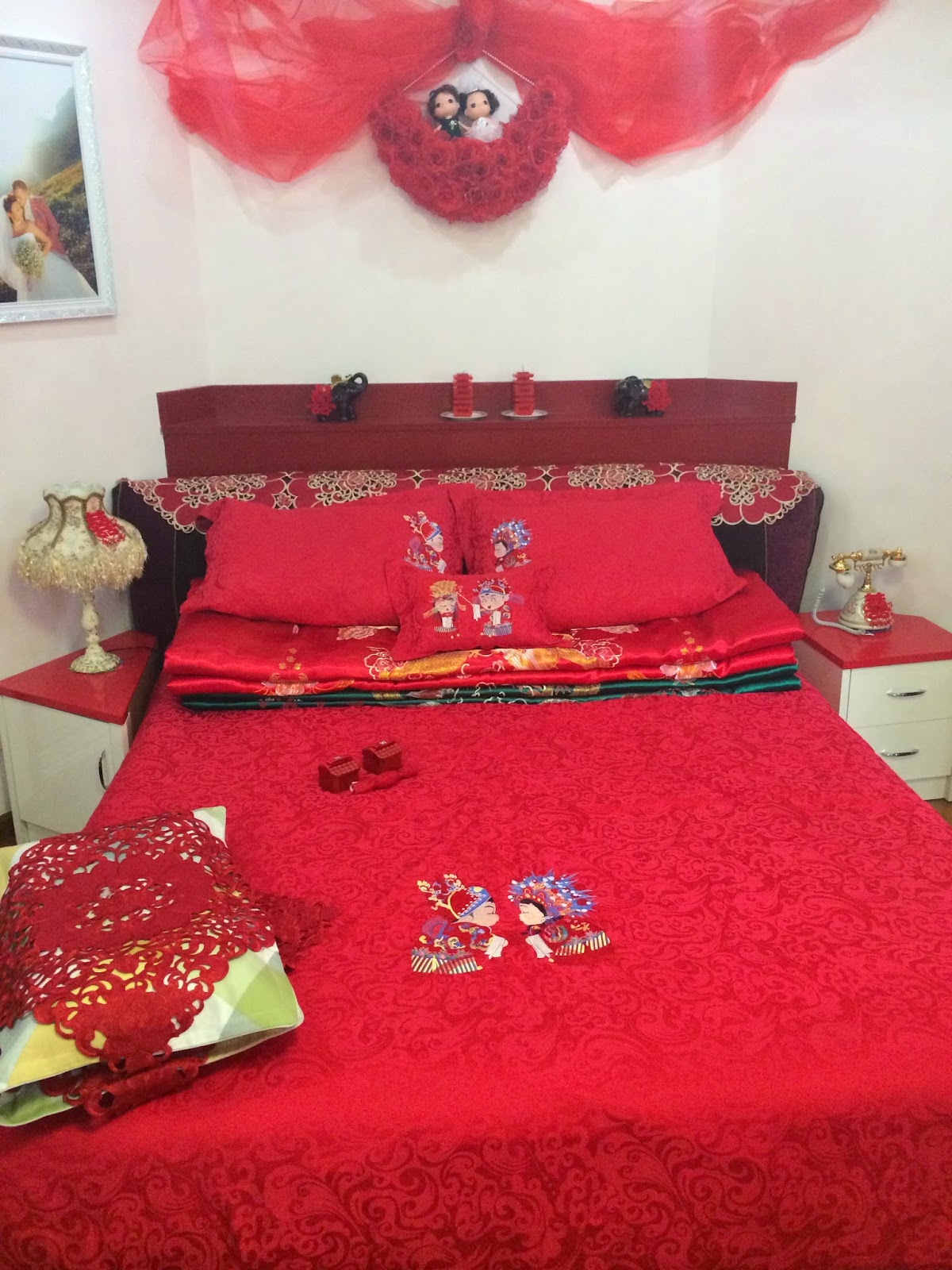 Tradition obviously played a huge part, and just as in English weddings, family is extremely important to the day. The bride’s parents accepted tokens from the groom and they in turn gave their wedding gift to the couple. We all then headed to the actual ceremony where the groomsmen (including my boyfriend) got to wear some pretty amazing outfits and I got to take a zillion photos. The procession to the altar included the bride in a sedan chair and the groom on a horse, with people doing backflips and ‘lions’ dancing through the street. It was all incredible and oh so beautiful. 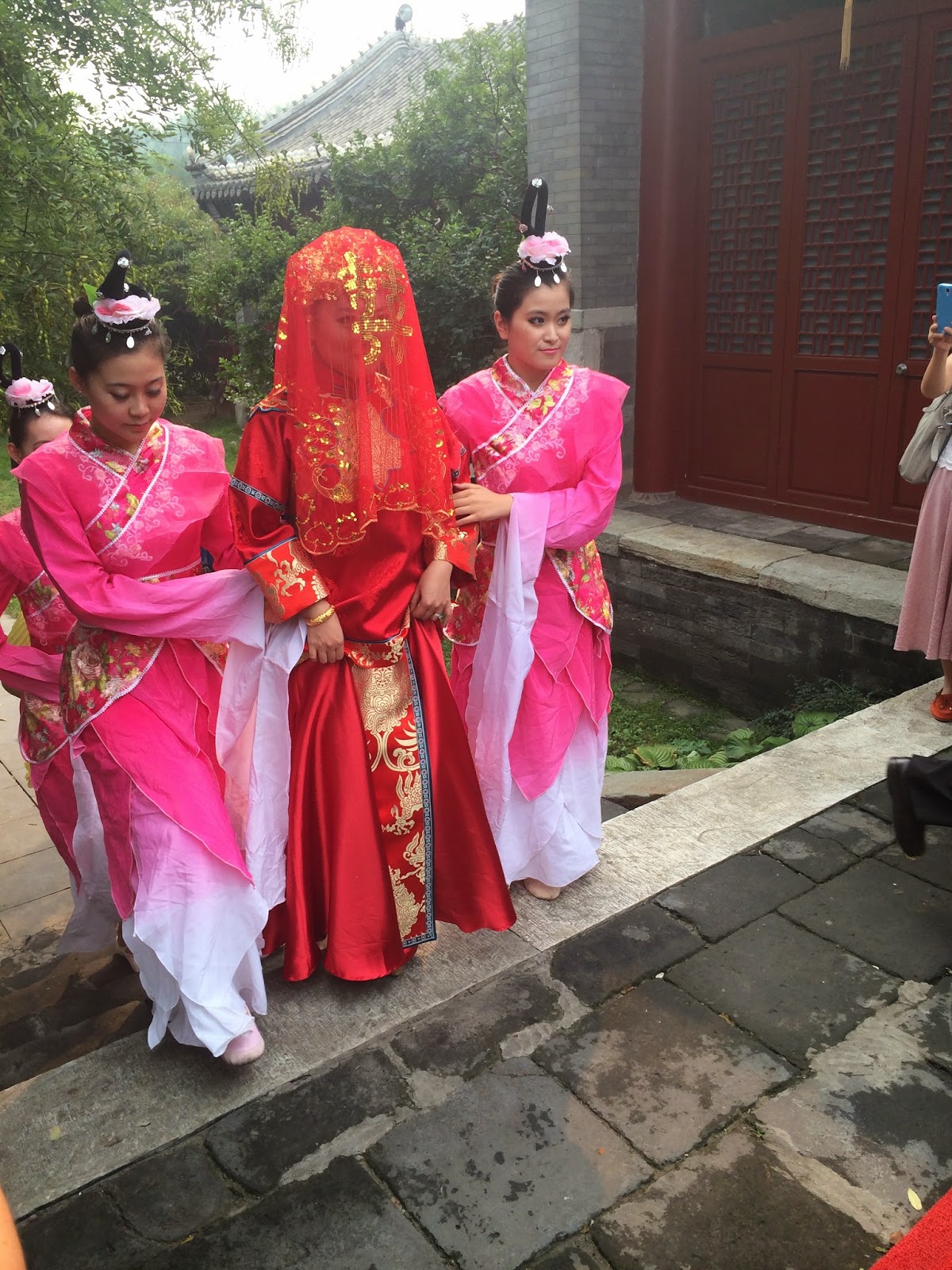 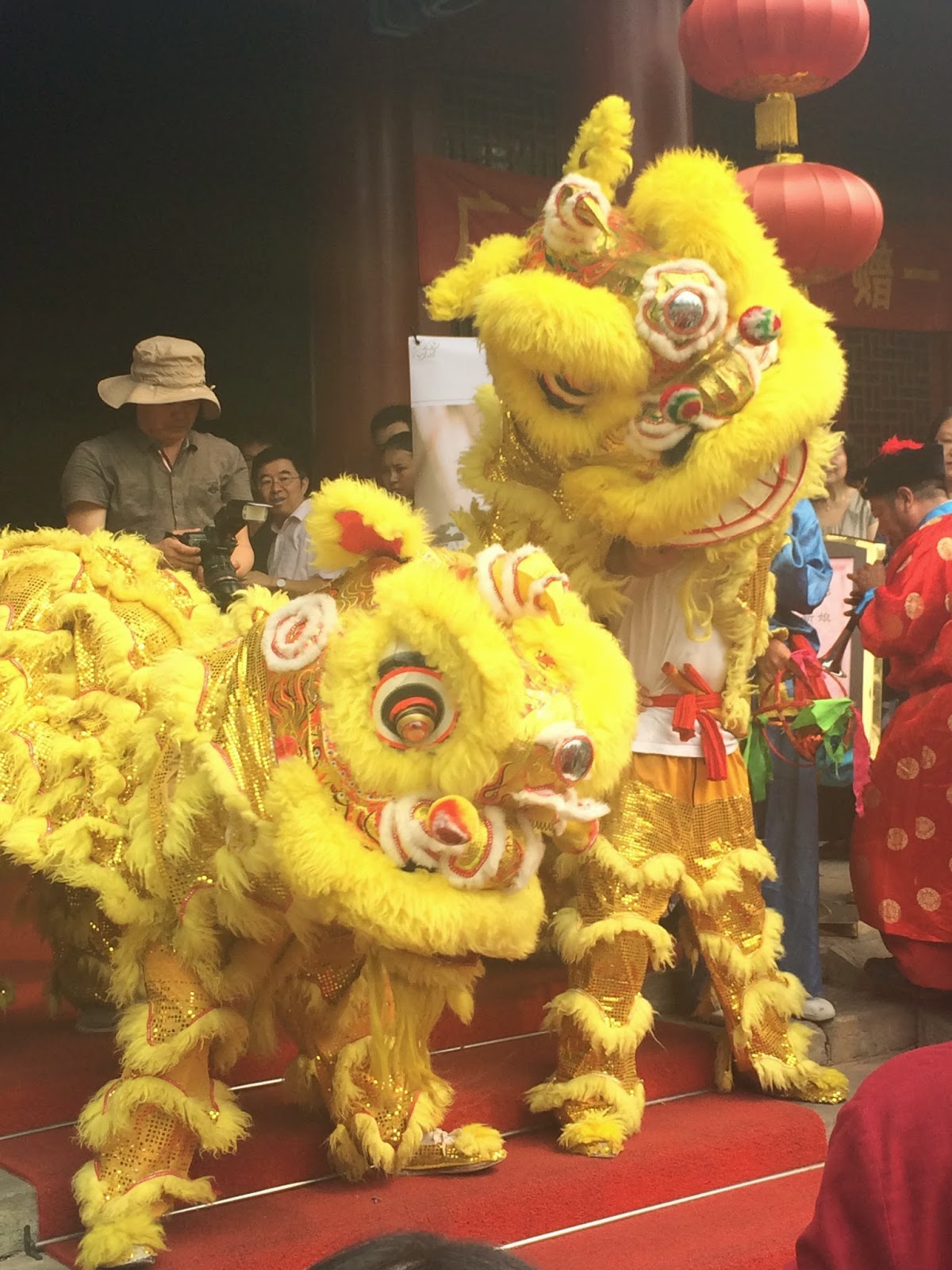 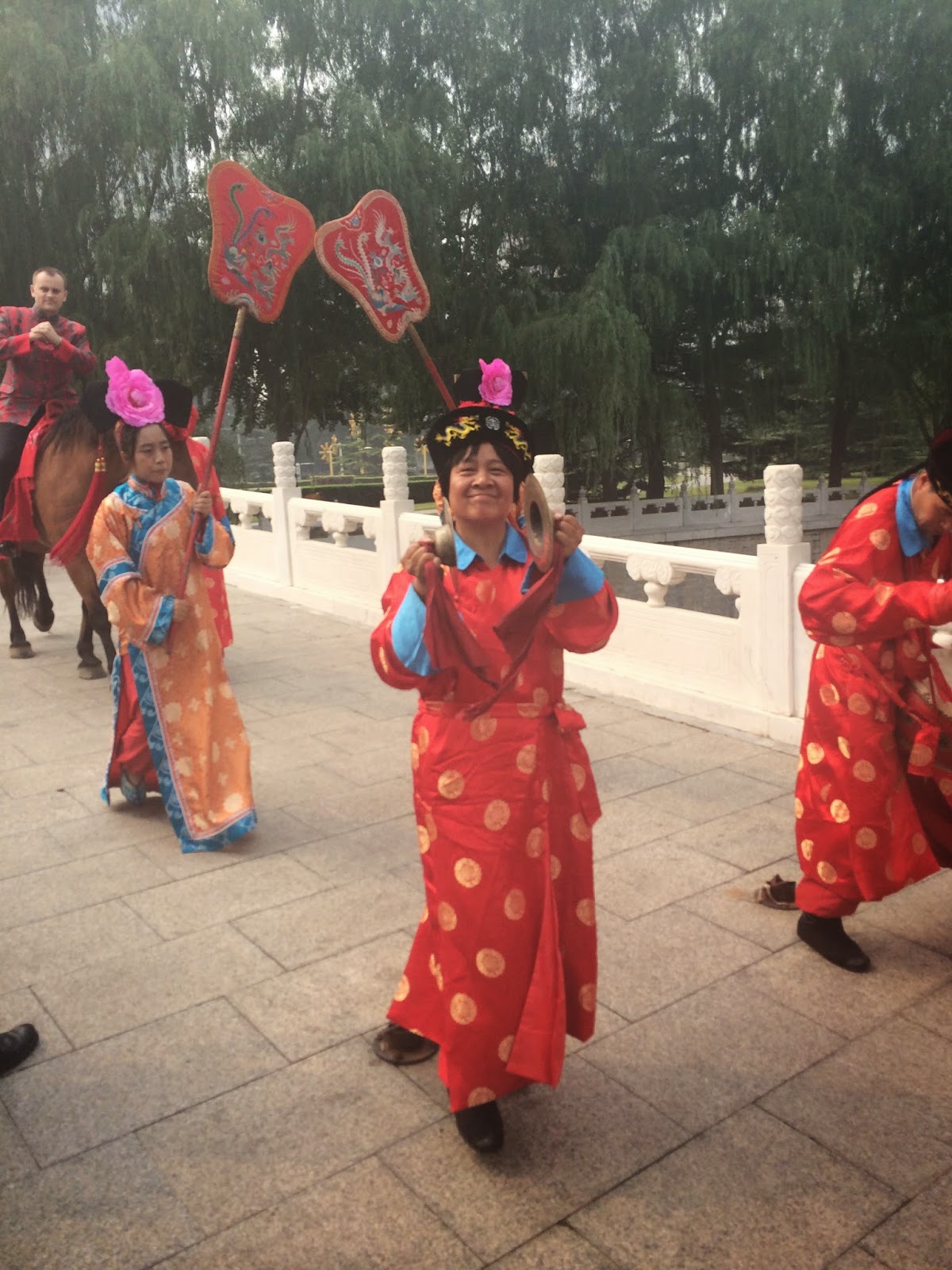 The ceremony itself involved the bride wearing an awesome cloak covered in peacock feathers too. There wasn’t any exchanging of vows, but there were symbolic references like drinking water from each other’s cups and then joining them together. I wish I could explain it more eloquently, but there was so much to it and it was all in Mandarin that I got lost in the sheer beauty of it all! 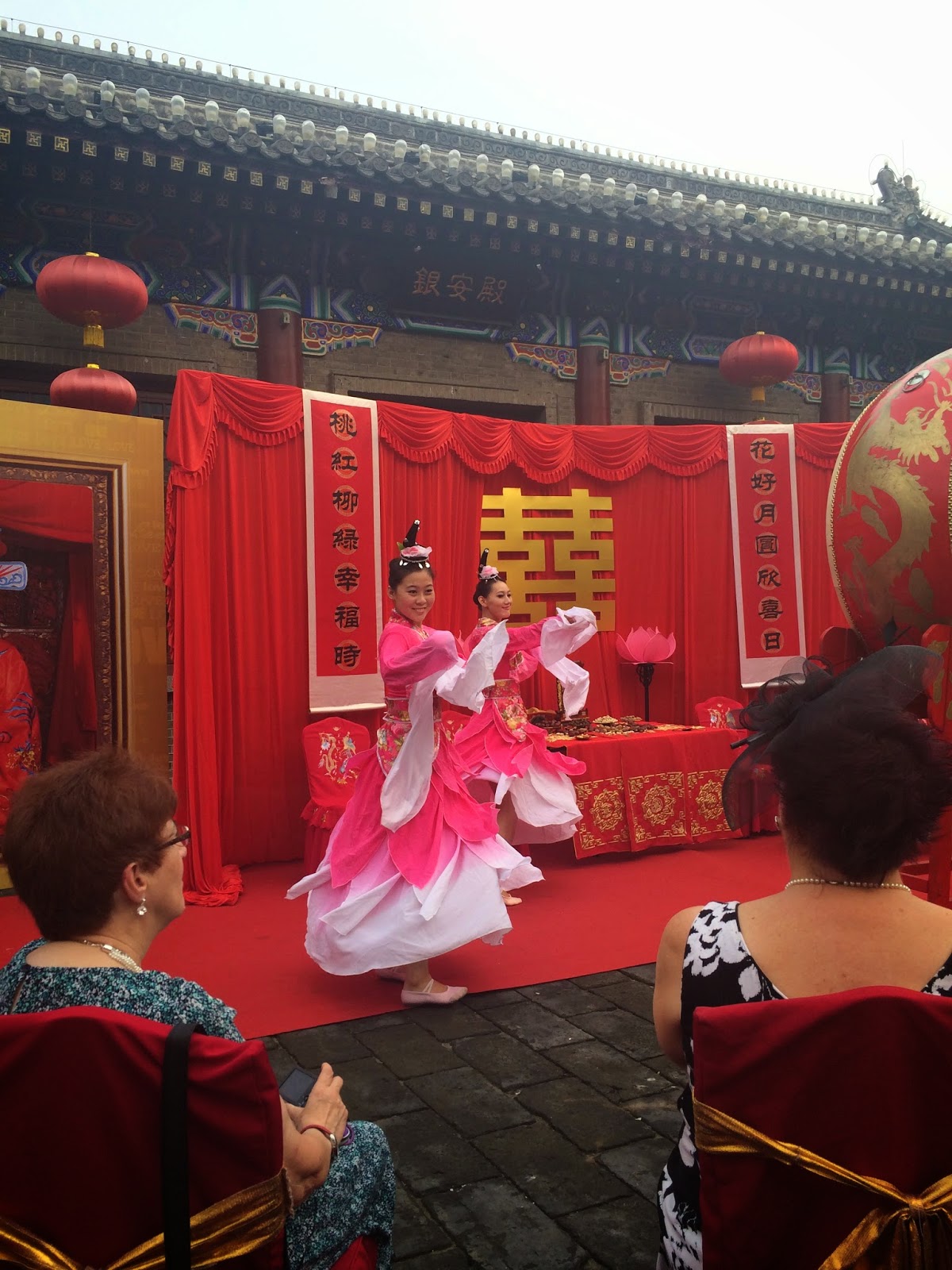 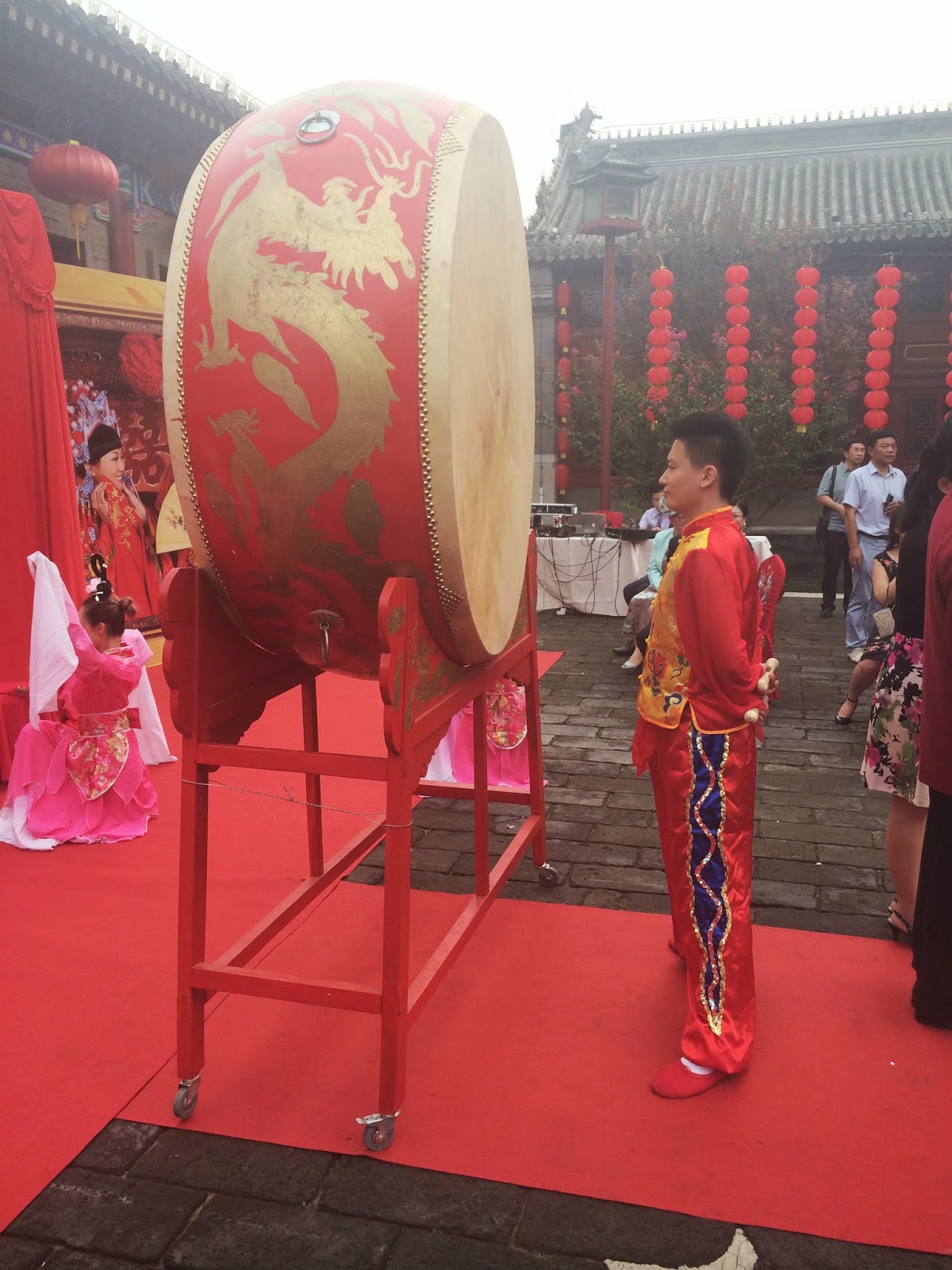 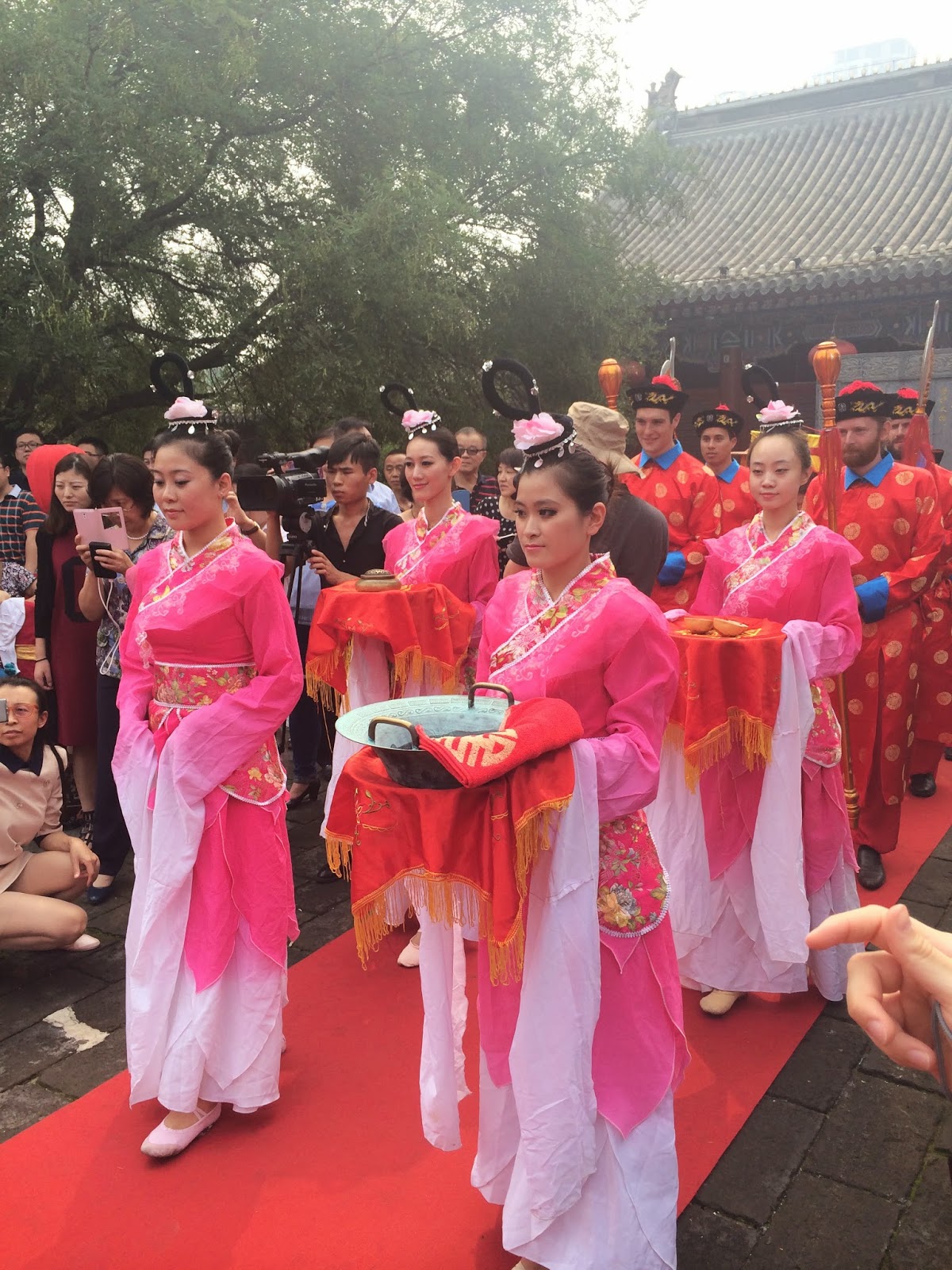 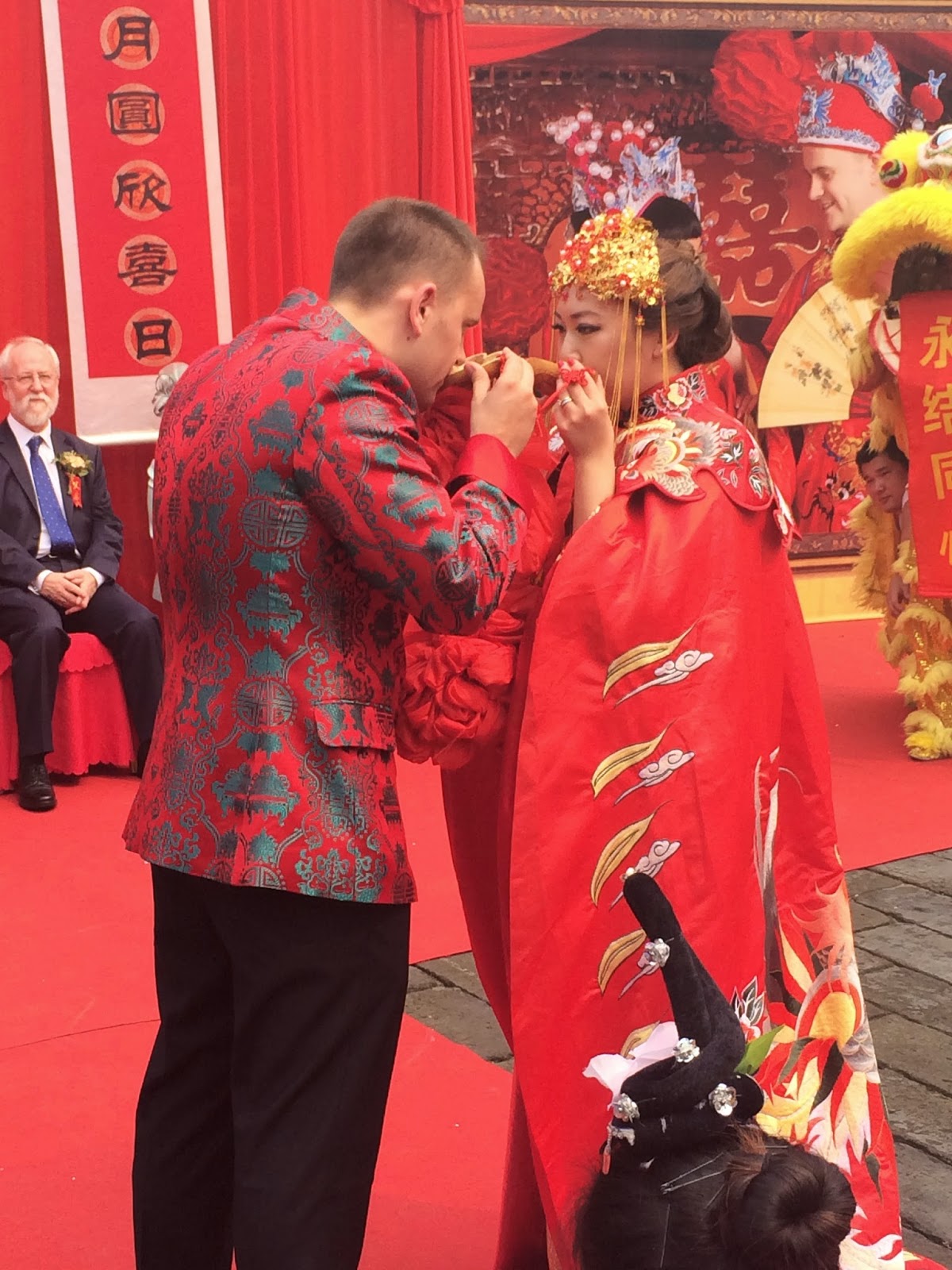 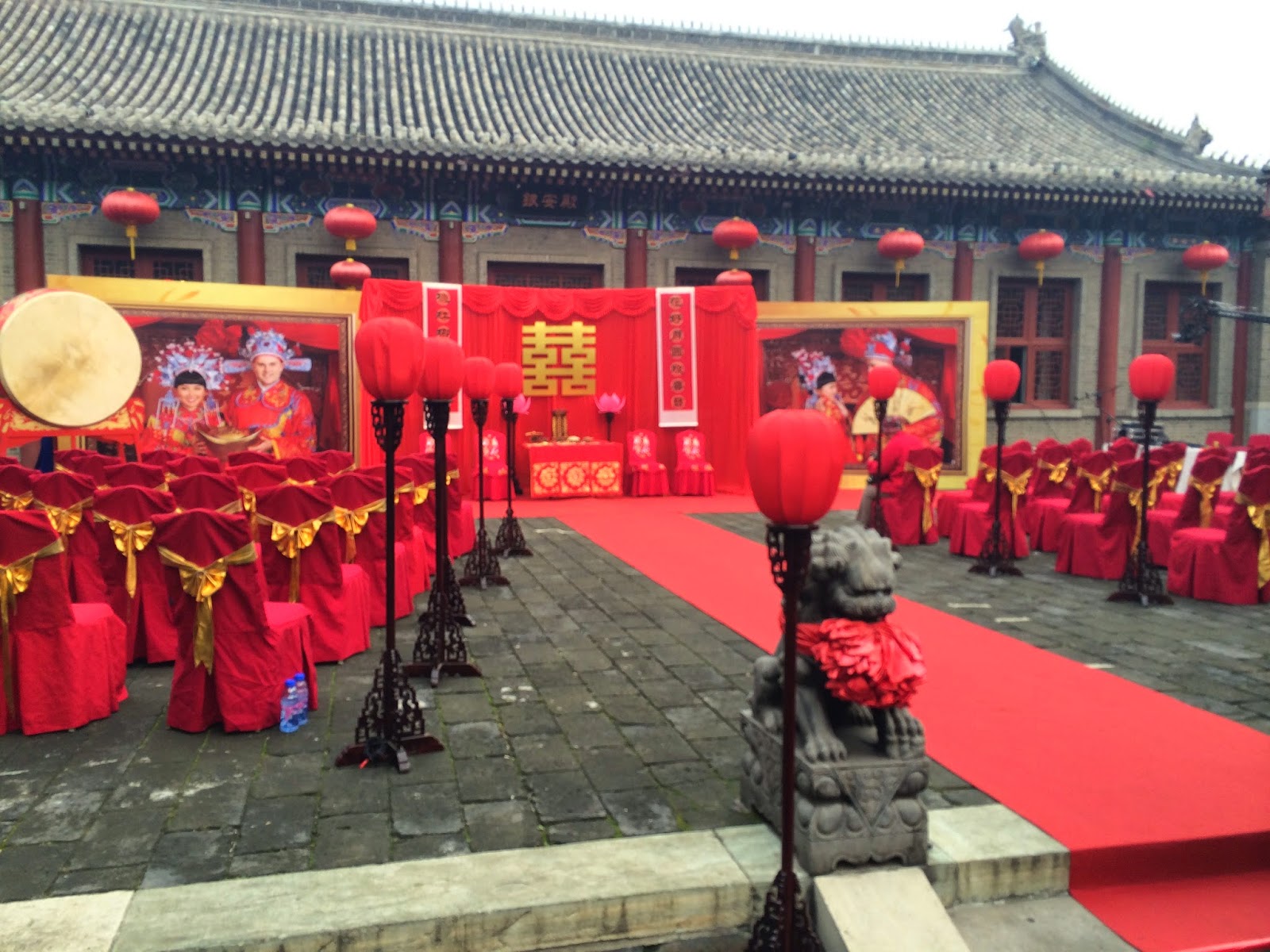 After the ceremony was the wedding feast with all the food, rice wine and cigarettes (yep!) everyone could wish for. The video of our morning had already been edited and was shown on a big screen as we ate, and the happy couple came back out to join us. There were speeches as usual, but this also included the groom doing an entire speech in Mandarin – a huge task and so impressive. I had no idea what he was saying but the Chinese guests were clapping and laughing in the right places, so he clearly did a good job, especially for somebody who knows very little of the language.

The whole day was totally new, brilliantly executed and visually stunning. I am so honoured to have been involved in such a special day and wish a lifetime of happiness and love to the wonderful bride and groom. 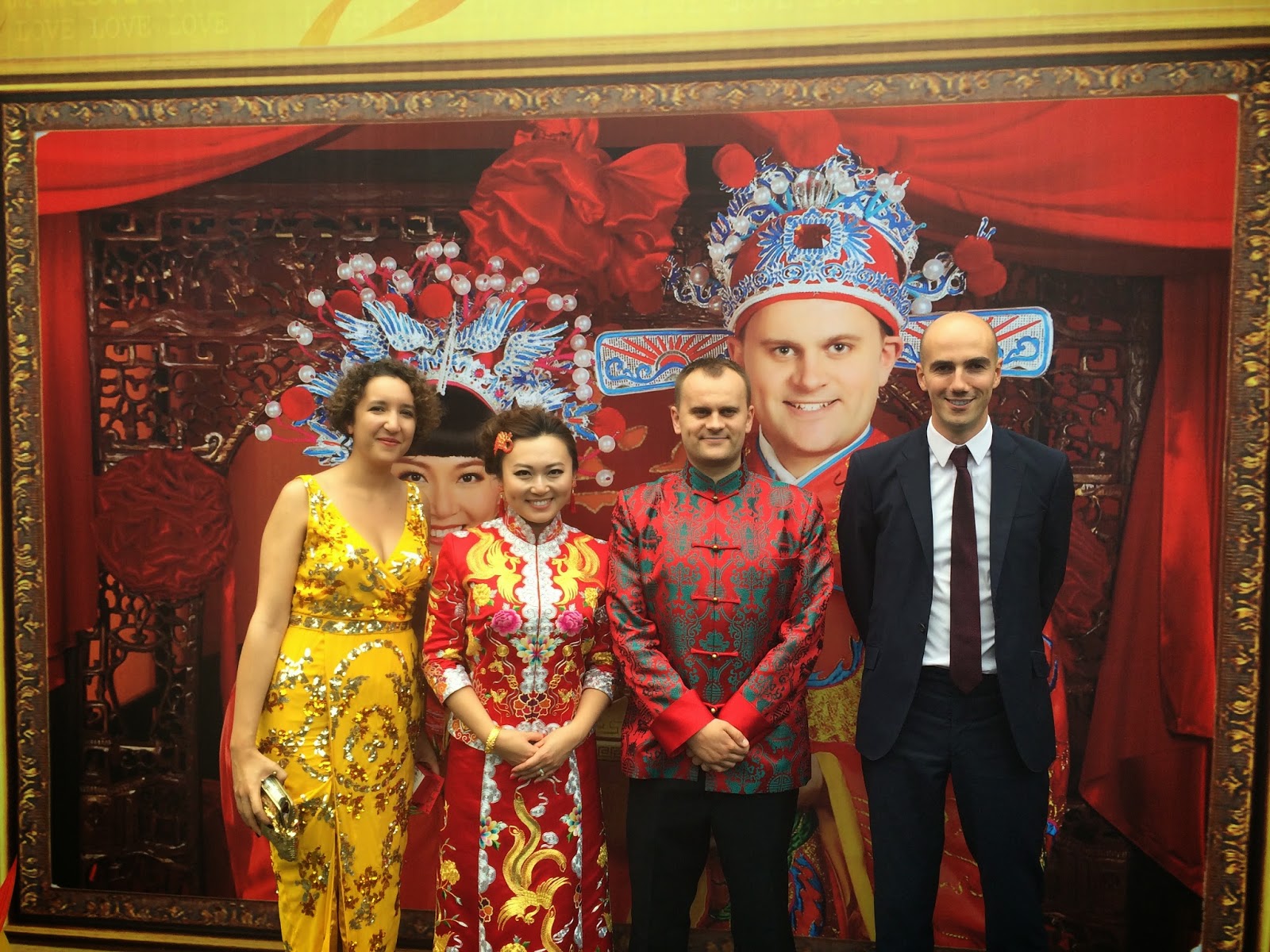