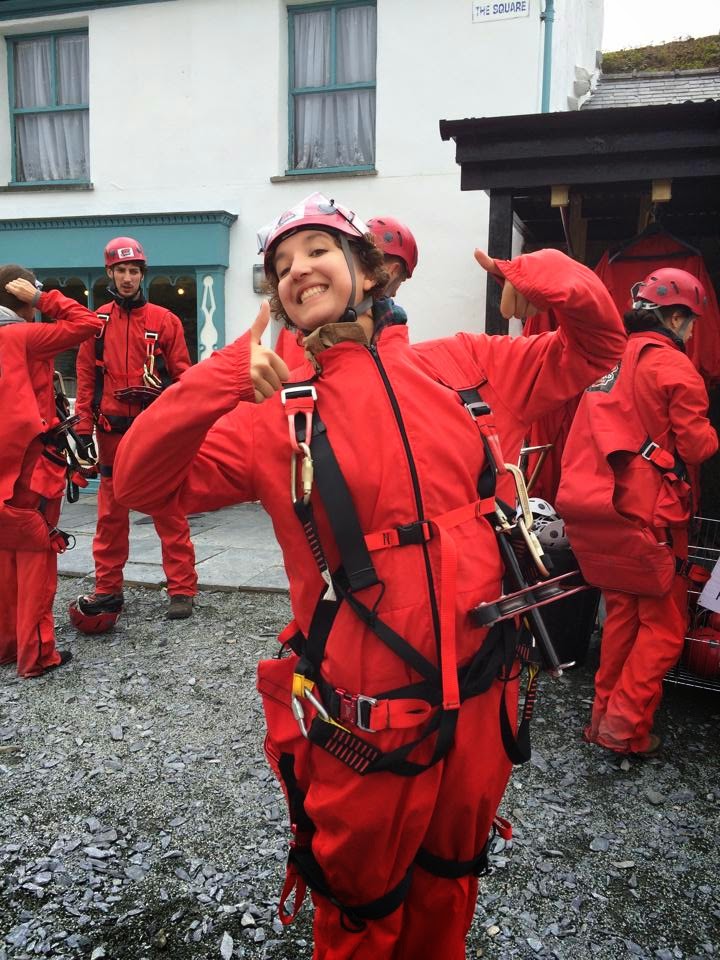 Recently, I became part of a crack duo of hen party organisers extraordinaire. I’ve never thrown a hen party before, and this one was not just important because it was for one of my best friends, but because she lives in Australia and this was the last weekend she would be spending in the UK with her closest of close friends before she becomes a Mrs. My partner-in-crime and I threw around a number of ideas of what we could do; from afternoon tea, penis pottery (I’m dreading the amount of spam I get through typing this one phrase!), and theatre performances, but none of them felt quite right. It was then that I stumbled across Bounce Below on the awesome site Design Milk. What is Bounce Below? It’s a trampoline experience IN A CAVERN, suspended over a 600ft drop UNDERGROUND.

We booked it. And realised that in the same complex is the ZipWorld Titan ziplining experience that would keep the adrenaline pumping in our thrill-seeking hen. We headed up to Snowdonia the Friday of the Bank Holiday weekend, four hens squished into a Mini Cooper with a karaoke machine and a chocolate fountain, awaiting the arrival of four others including the bride-to-be. Our rented apartment was in the tiny town of Dolgellau and we used it as our base for cake and gin based activities for the weekend (more on this to come).

The Saturday began with revealing the surprise activities to the hen and, thankfully, she was extremely excited about heading up a big ol’ hill to propel herself down a wire. I however, was shitting myself (there is no eloquent way of describing the feeling of thinking you are going to die, sorry). I decided to just get on the zip line and get it over and done with. I screamed A LOT, but once I’d done the first one I realised it was actually really fun and gleefully trekked onto the next two – the wires getting longer and faster as we progressed. 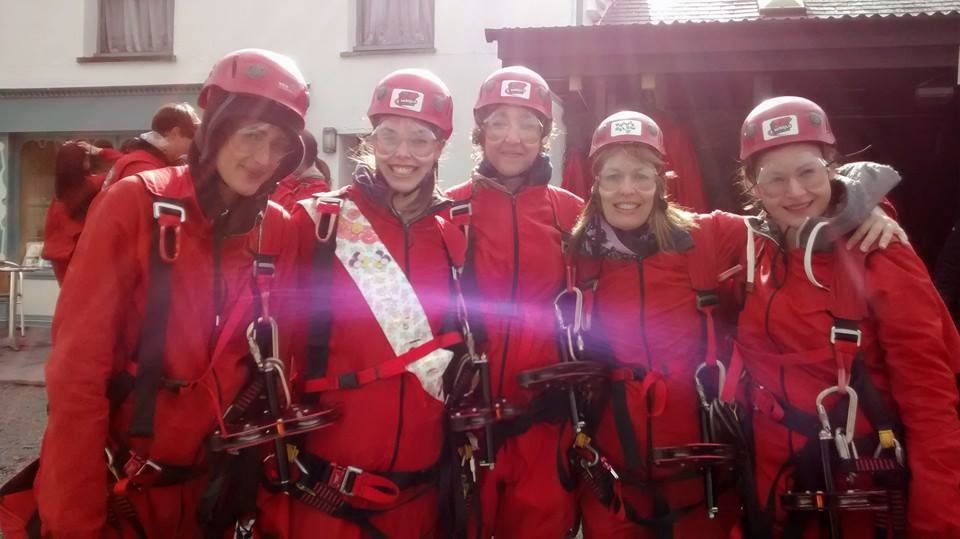 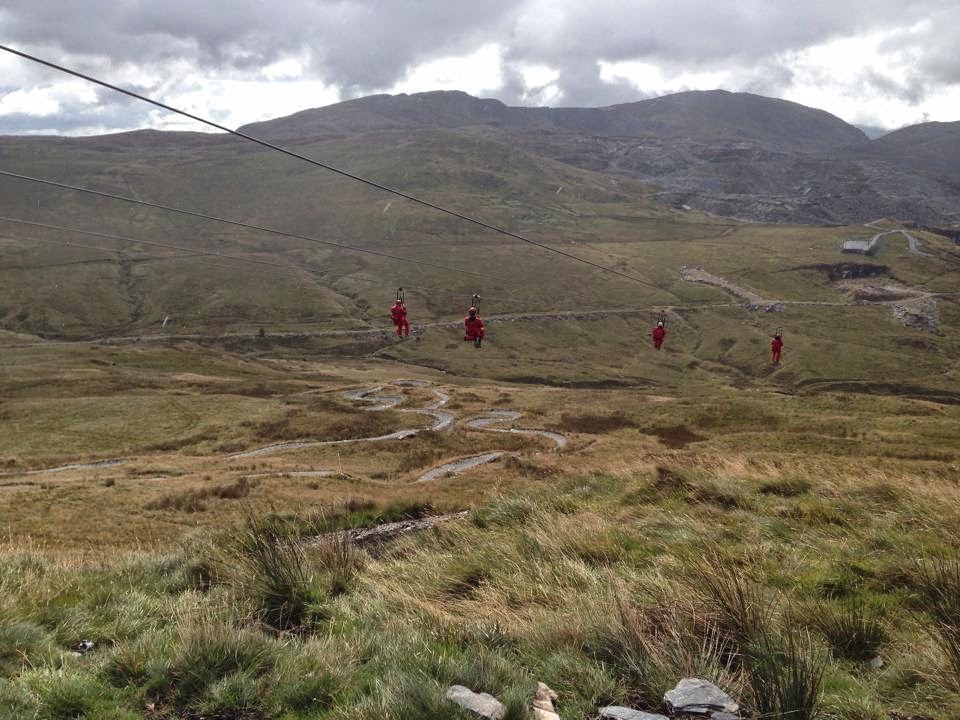 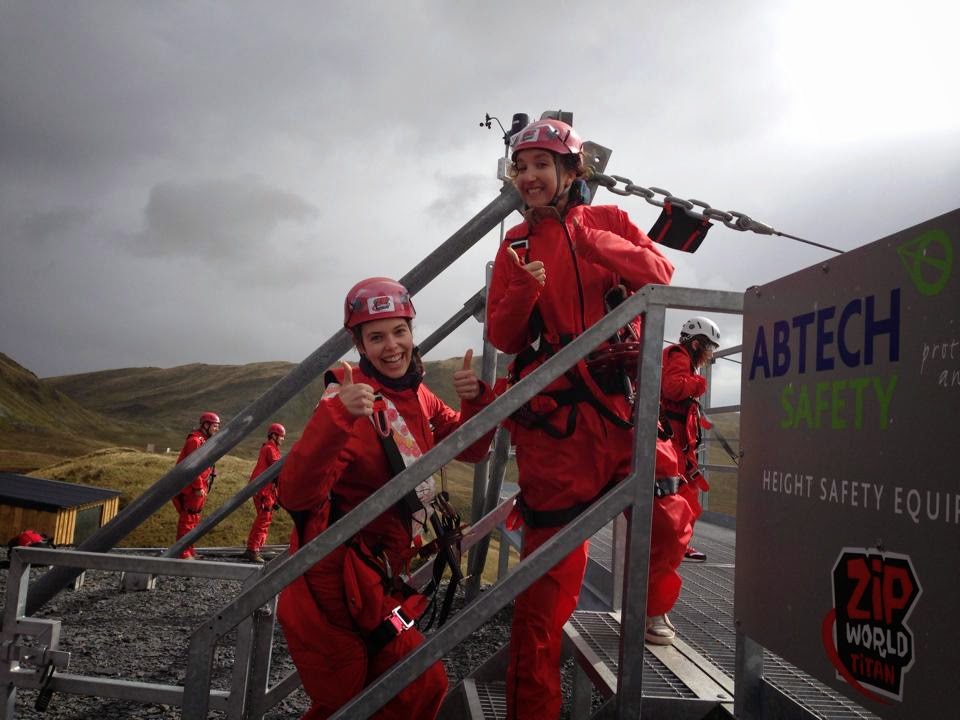 After lunch in a little cafe in Blaenau Ffestiniog, we went down to Bounce Below. Now, I’m not the world’s biggest fan of closed in spaces, so the trip down in the old mine cart was not a happy time for me. I gripped my friend’s hand and she sang the Indiana Jones theme tune with me while I closed my eyes and persuaded myself that I would make it through to another day. But once you’re down there, the cavern opens up and is absolutely huge. Voices echo, condensation occasionally drips from the ceiling as excited breath hits the 8 degree slate, colours jump around as bodies bounce on the netted tiered trampolines above and below. 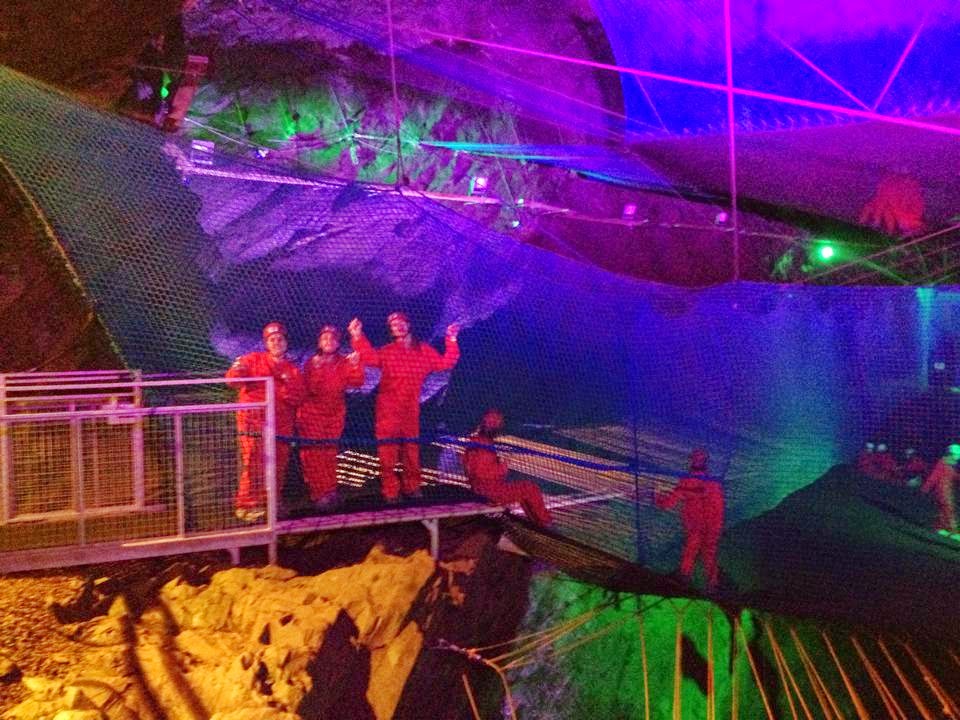 It turns out that this scared me even more than the zip lining. The trampolines are huge, and as 30 people all bounce on it at the same time it is near on impossible to keep your balance. Knowing that when you fall you’ll be looking straight down a 600ft drop certainly makes you feel a bit wobbly on your feet! I spent a good ten minutes frantically clinging on to the rope walls before I gave in and followed another screaming friend across the trampoline to prove that hey! We wouldn’t die!

The rope ladders that take you up are a bloody good workout for the arms and thighs, especially when you look down and the trampolines suddenly feel a lot more stable then dangling in a rope tunnel BETWEEN the trampolines. Makes my legs feel wobbly just typing about it. But then you have to get back down again, and it turns out that is even MORE terrifying. How would you feel about plummeting down a rope tunnel, fully enclosed, clutching your nose so it doesn’t catch on the material? I don’t feel great about it. Cue: more screaming. I was practically hoarse by the time I came out, and we were all sweating buckets. They tell you to dress warmly because of the cold temperature in the cavern, but that is some serious aerobic exercise you’ll be doing down there, so a vest top under your flattering standard issue boiler suit is really the best idea. 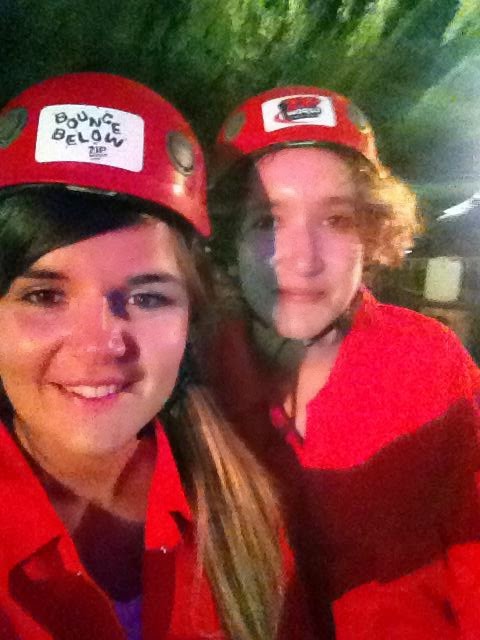 Could we have done something slightly less dramatic for the hen do? I imagine so. But this was such a new and unique idea that we couldn’t resist. The Snowdonia countryside had us all enchanted, and the activities were so much more fun then anything we could have done back home in London. Head down there if you dare, and don’t wimp out! If I can do it, then you definitely can!