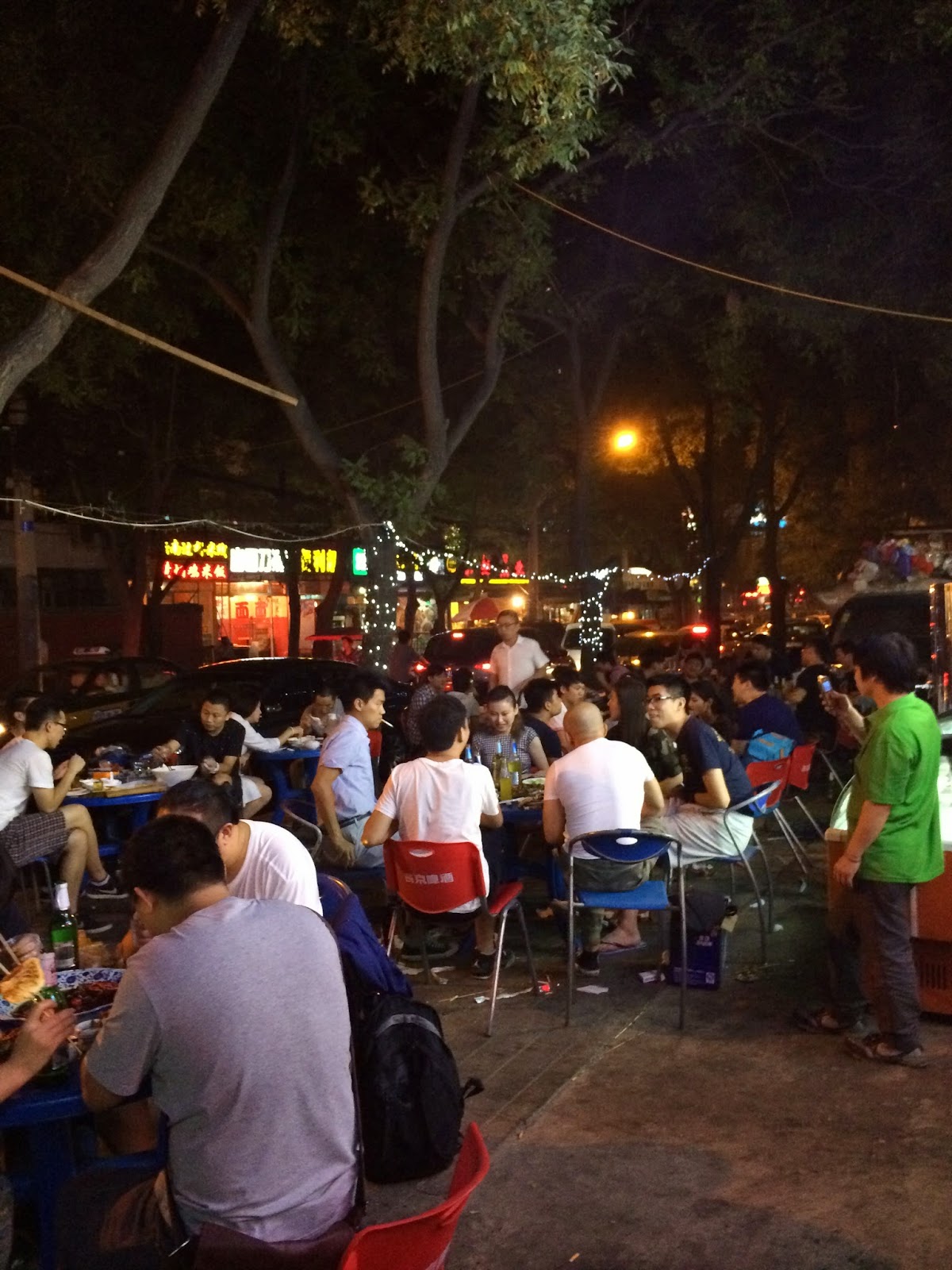 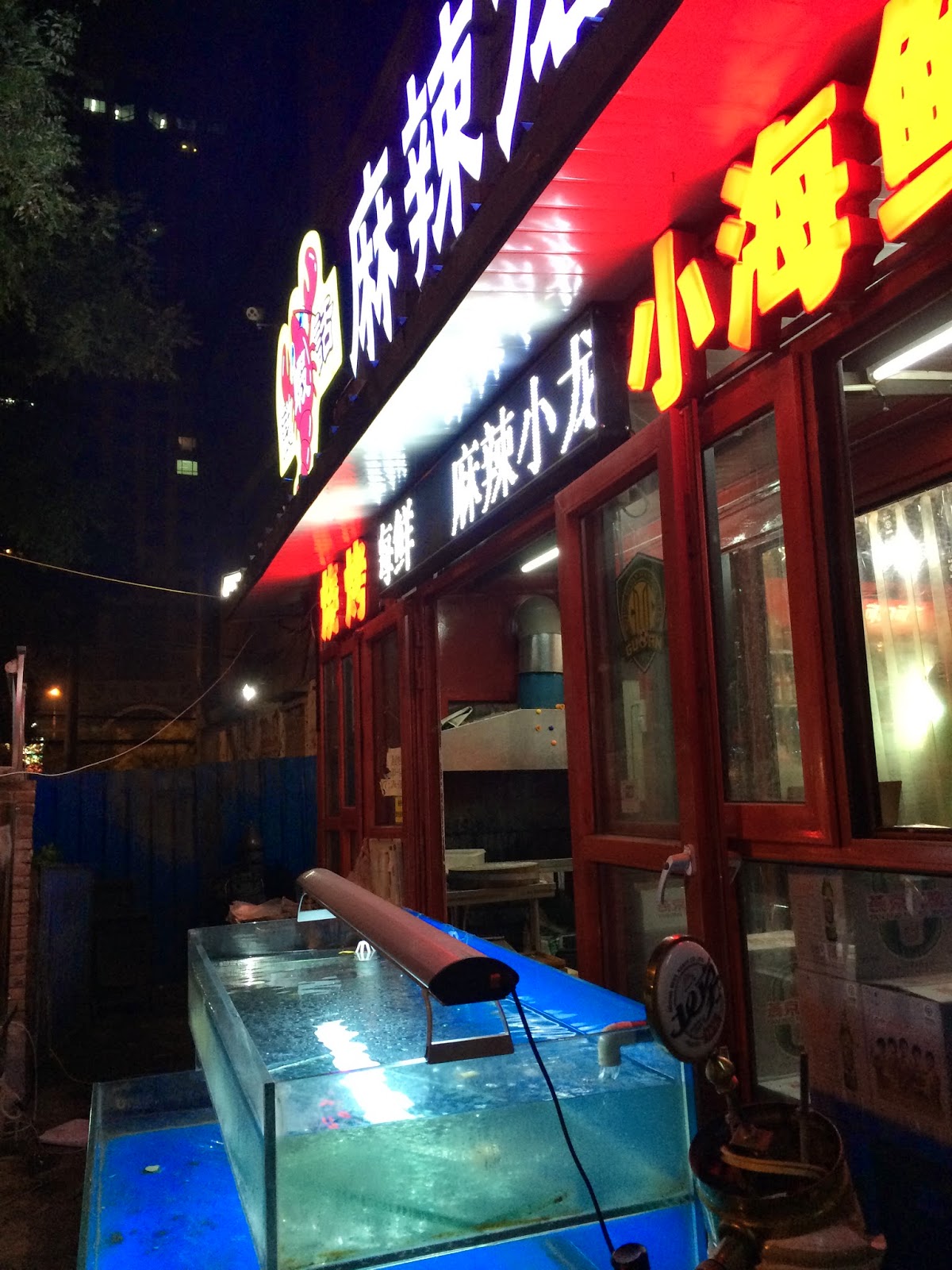 I’ve written about the incredible wedding I went to in China, and the top sights you must see if you visit Beijing, but there is so much more to this amazing city if you just walk around it. Everything about it is entirely different to London or anywhere in the UK. The atmosphere, the smells, the sounds – it’s pretty hard to take it all in, especially when you’re jet lagged! But the best bit for a perpetually hungry person like me? The food! Within our first few hours we’d sat in a street cafe and tucked into a bowl of tofu, miscellaneous meat and intestines. I can’t say I was expecting that, but I was hungry and it wasn’t actually that bad, if a little chewy. 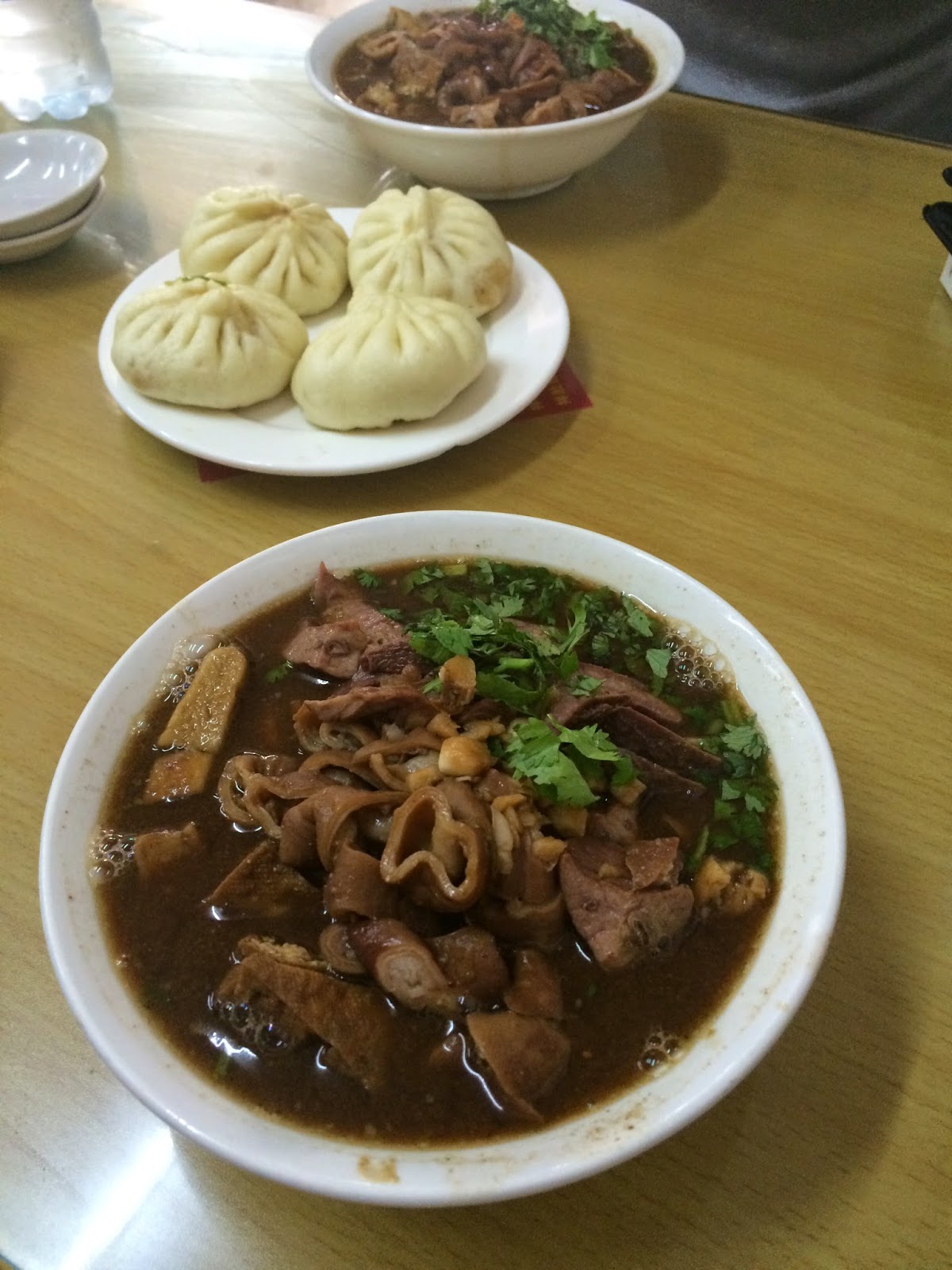 Later on that evening we also had frog, which is slightly more accepted, but still not in my usual dining repertoire! Eating in China is a social affair and it’s rare to order a dish to yourself, rather everyone orders together and shares. 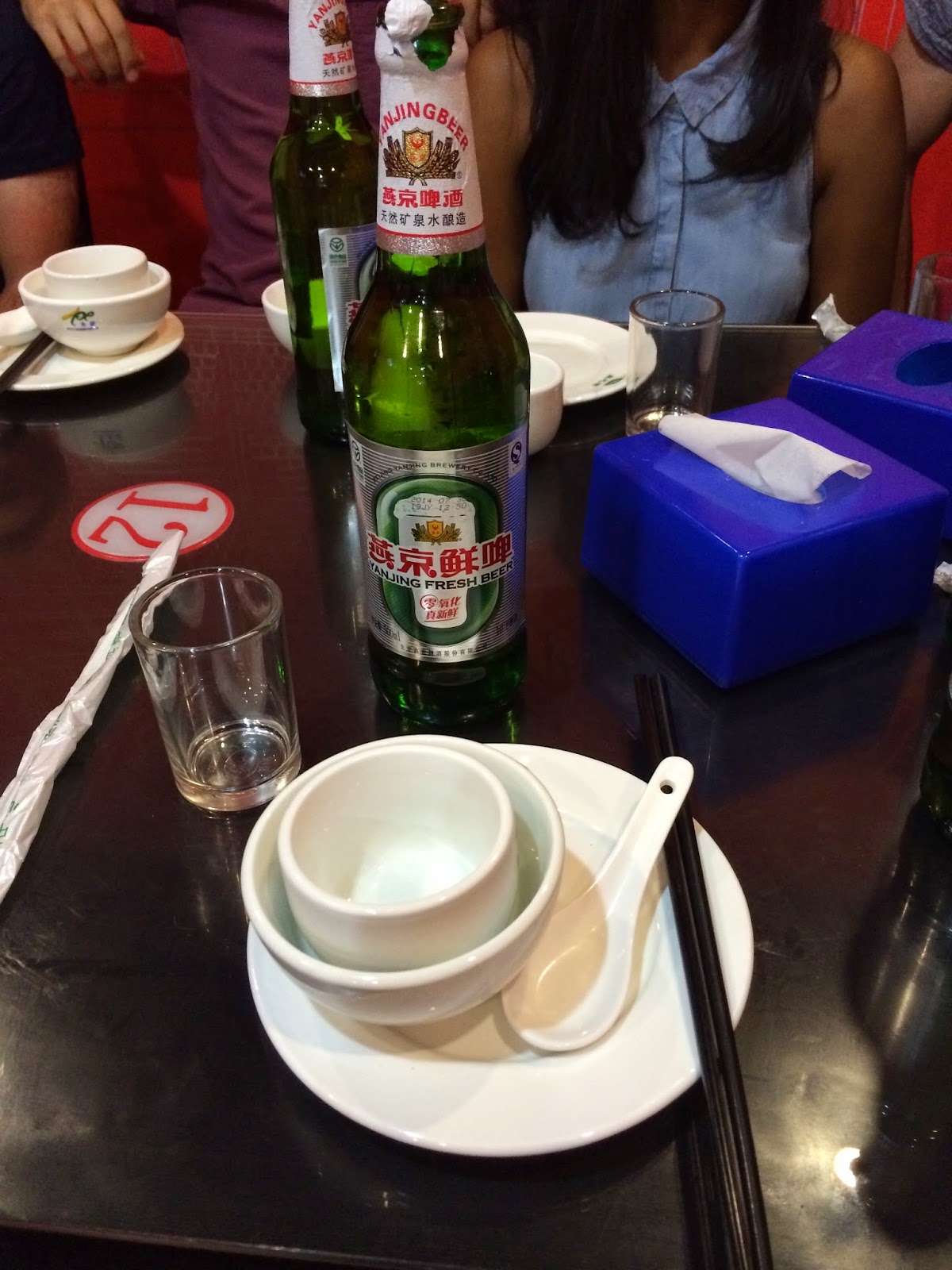 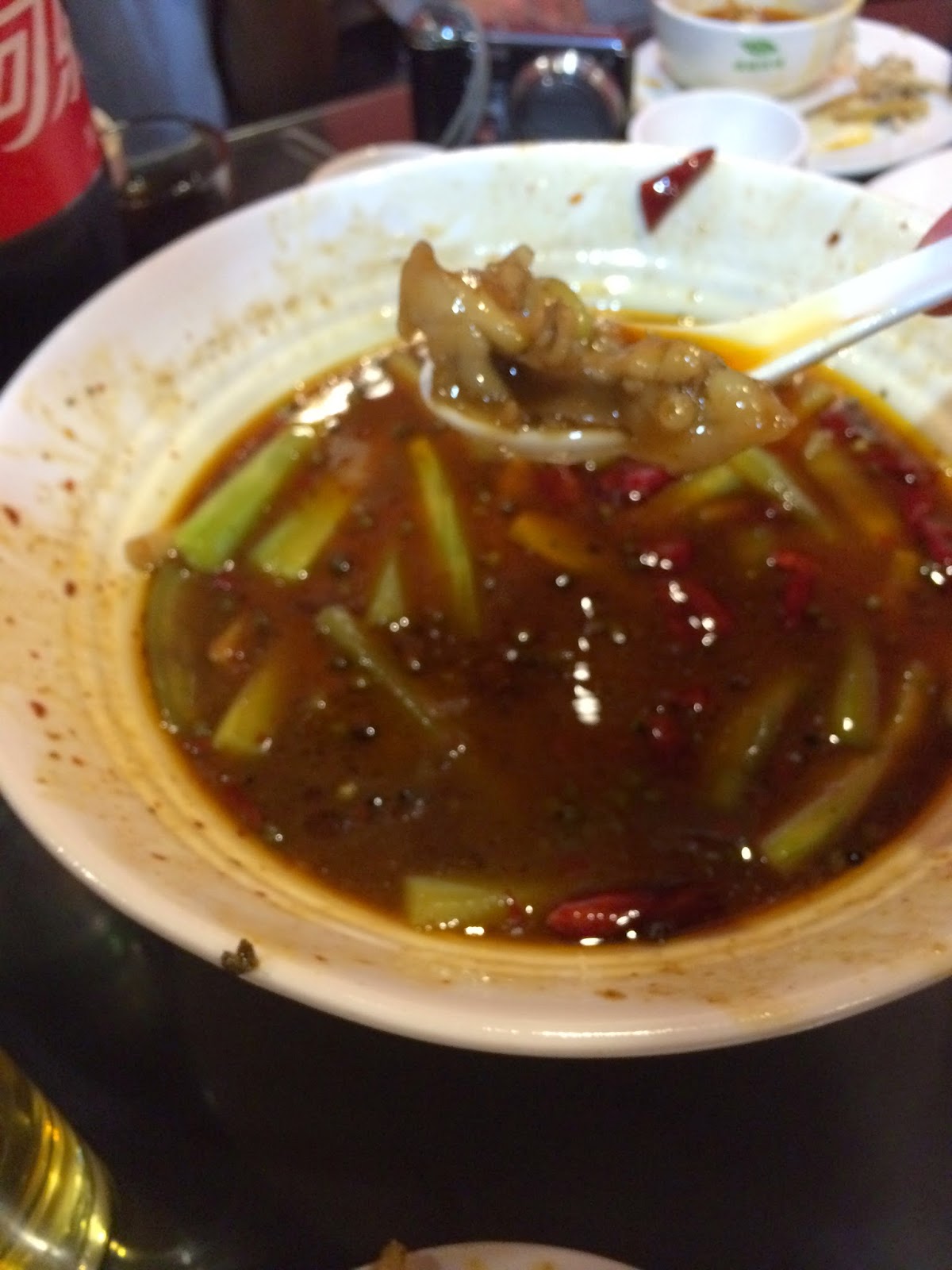 We had traditional Peking roast duck, amazing Dim Sum from Din Tai Fung (a restaurant I’d previously visited in Hong Kong), and traditional Hot Pot. Don’t get it confused with a stew from Lancashire, this is a pot of boiling water in the middle of table, heated with charcoal. We were then presented with plates of raw meat and vegetables which we had to hold in the boiling water until they were cooked – a real test of my chopstick skills! 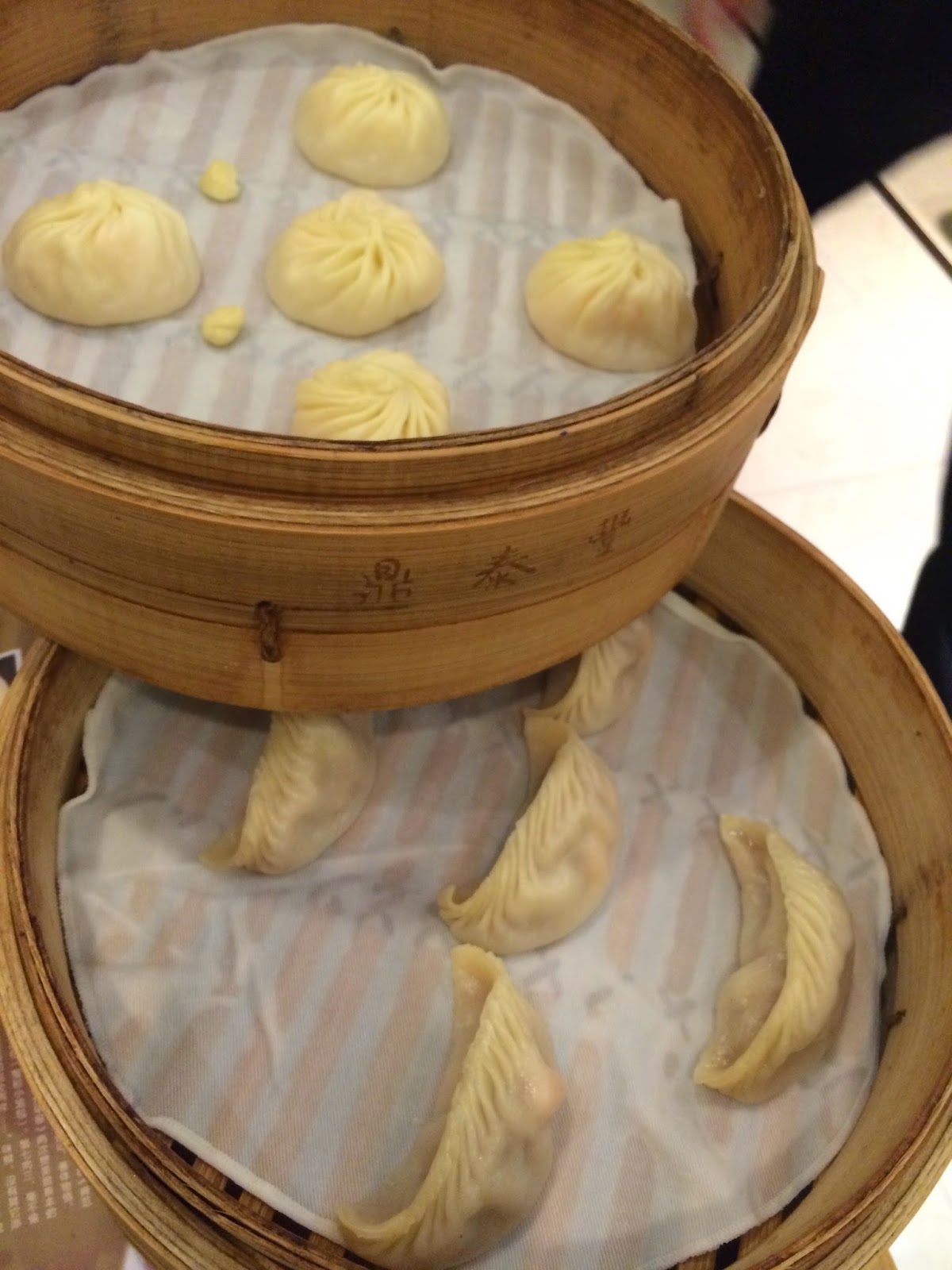 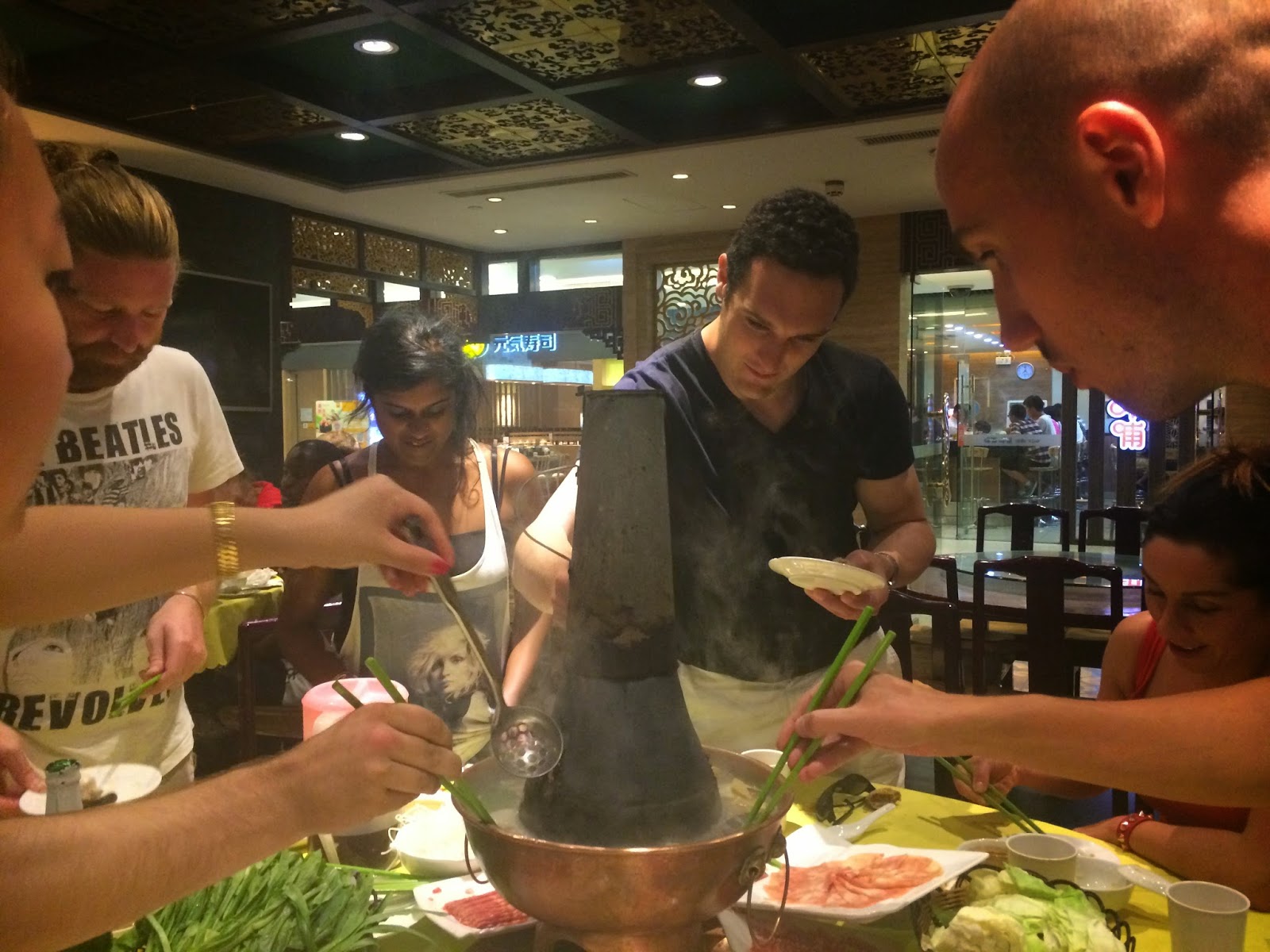 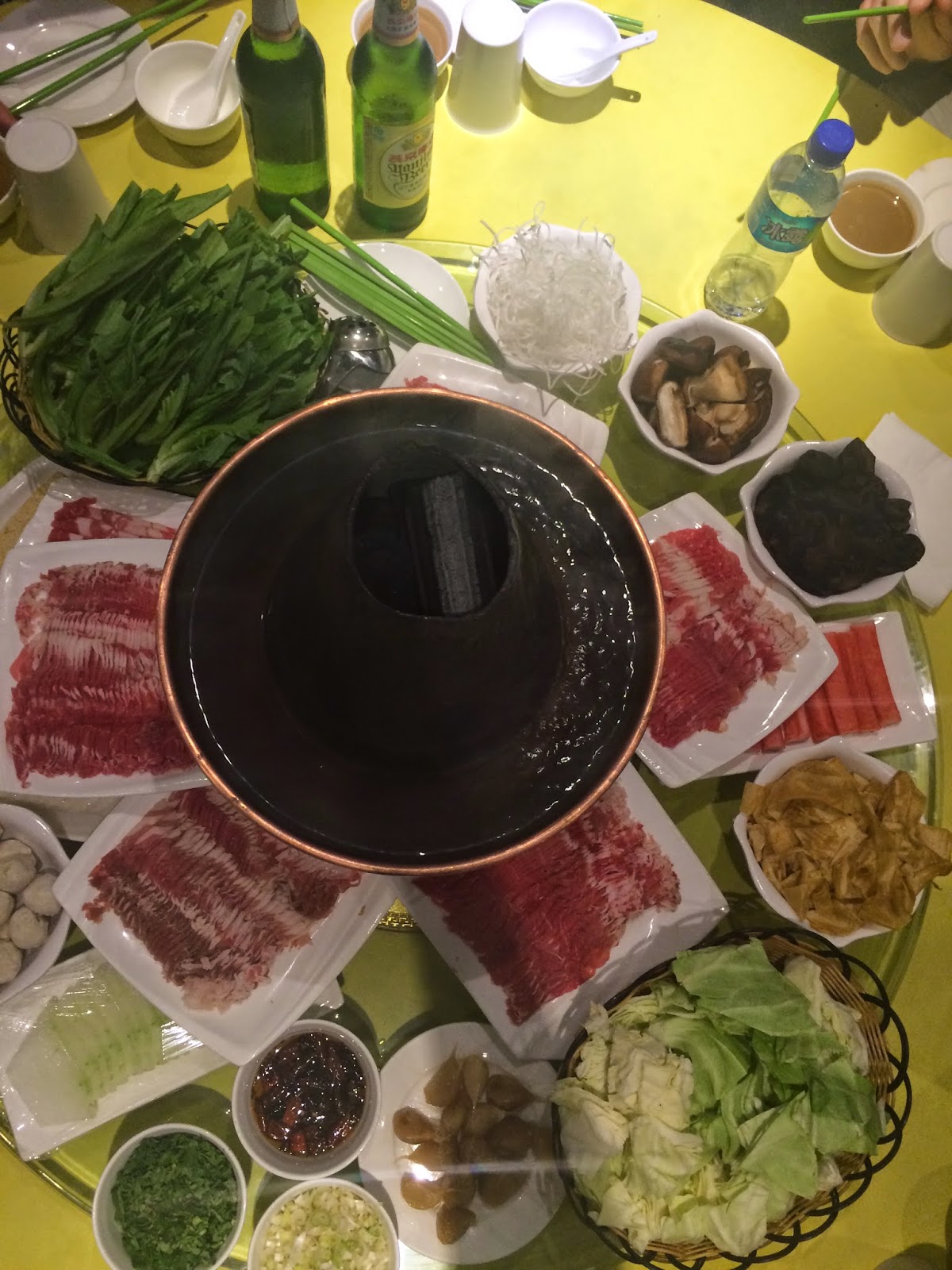 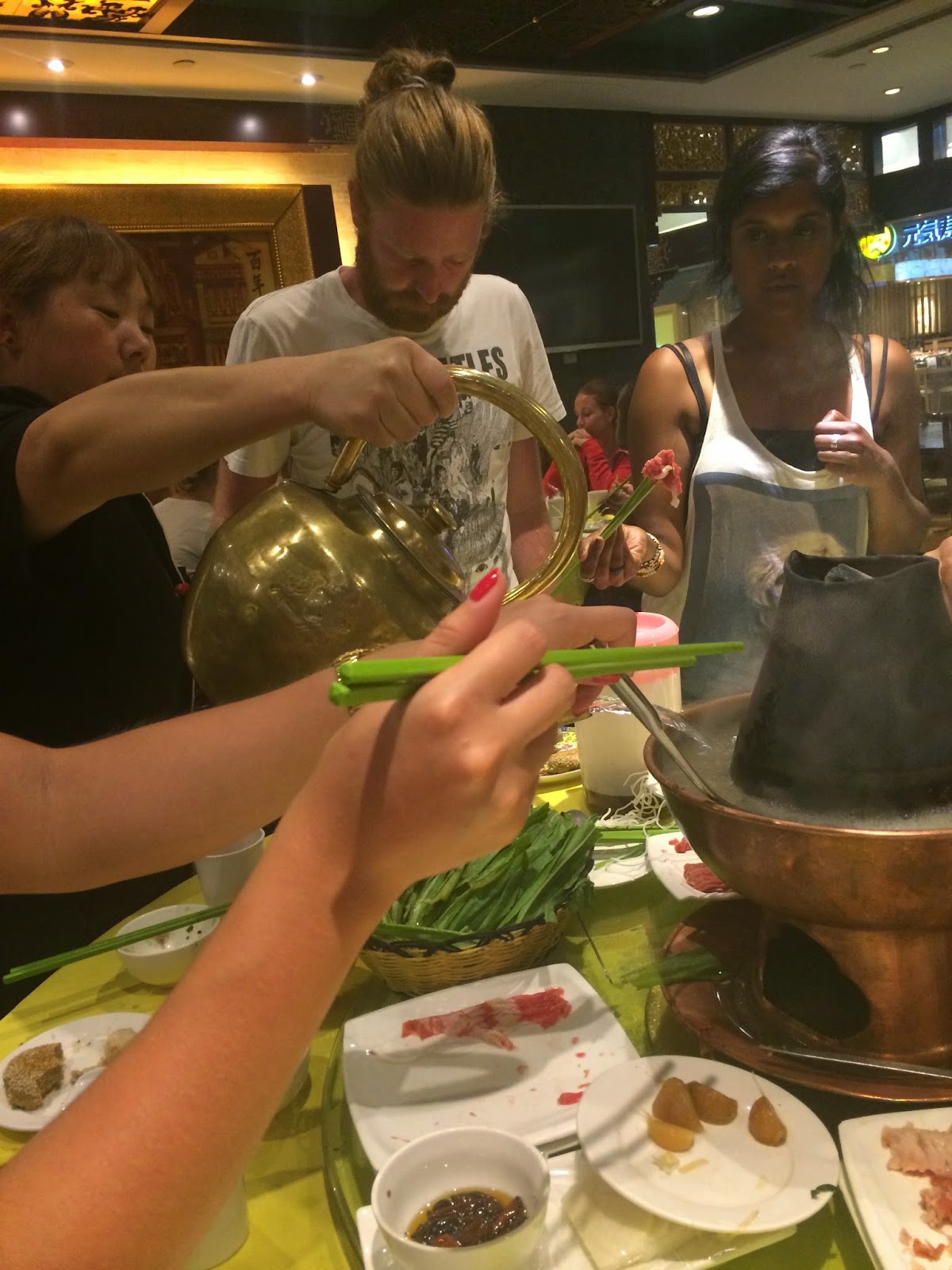 We also got to explore local street food markets like Donghuamen Night Market, where the strangest food was on offer. There were numerous bugs on sticks, deep fried starfish and seahorses, testicles and squid. We tried snake, which was so chewy it made me gag. And then bought a pigeon on a stick, because how often do you get to try that?! 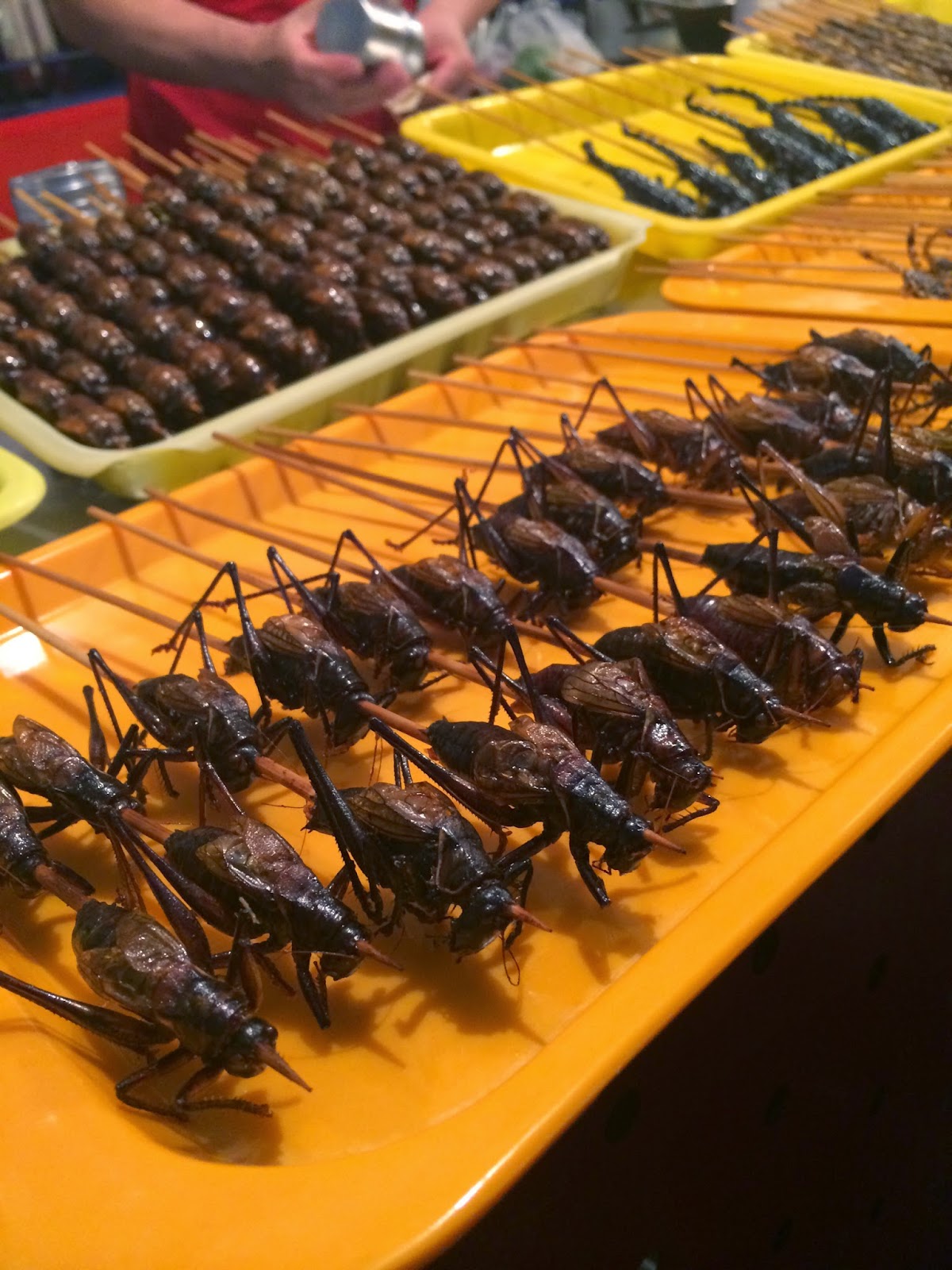 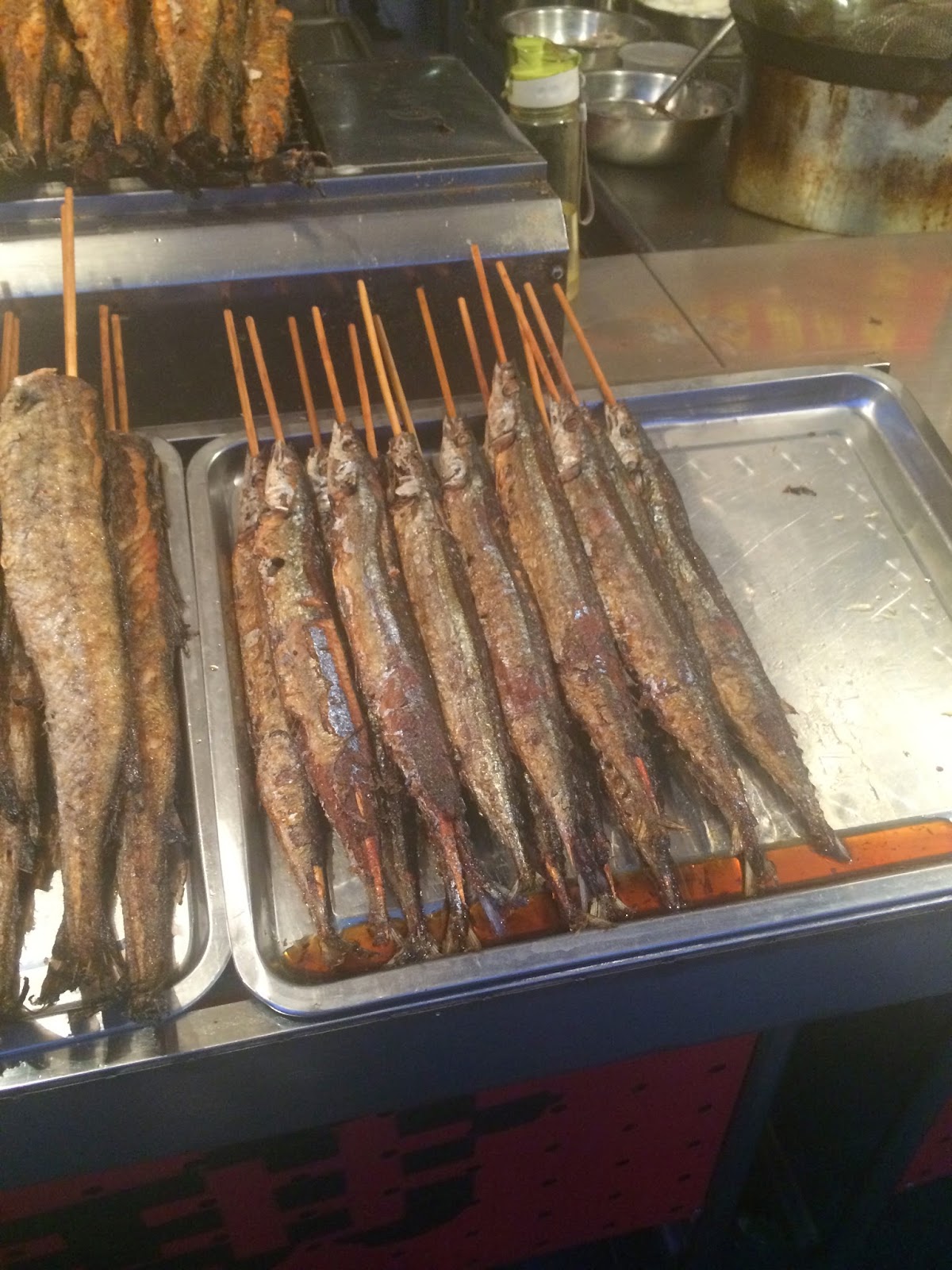 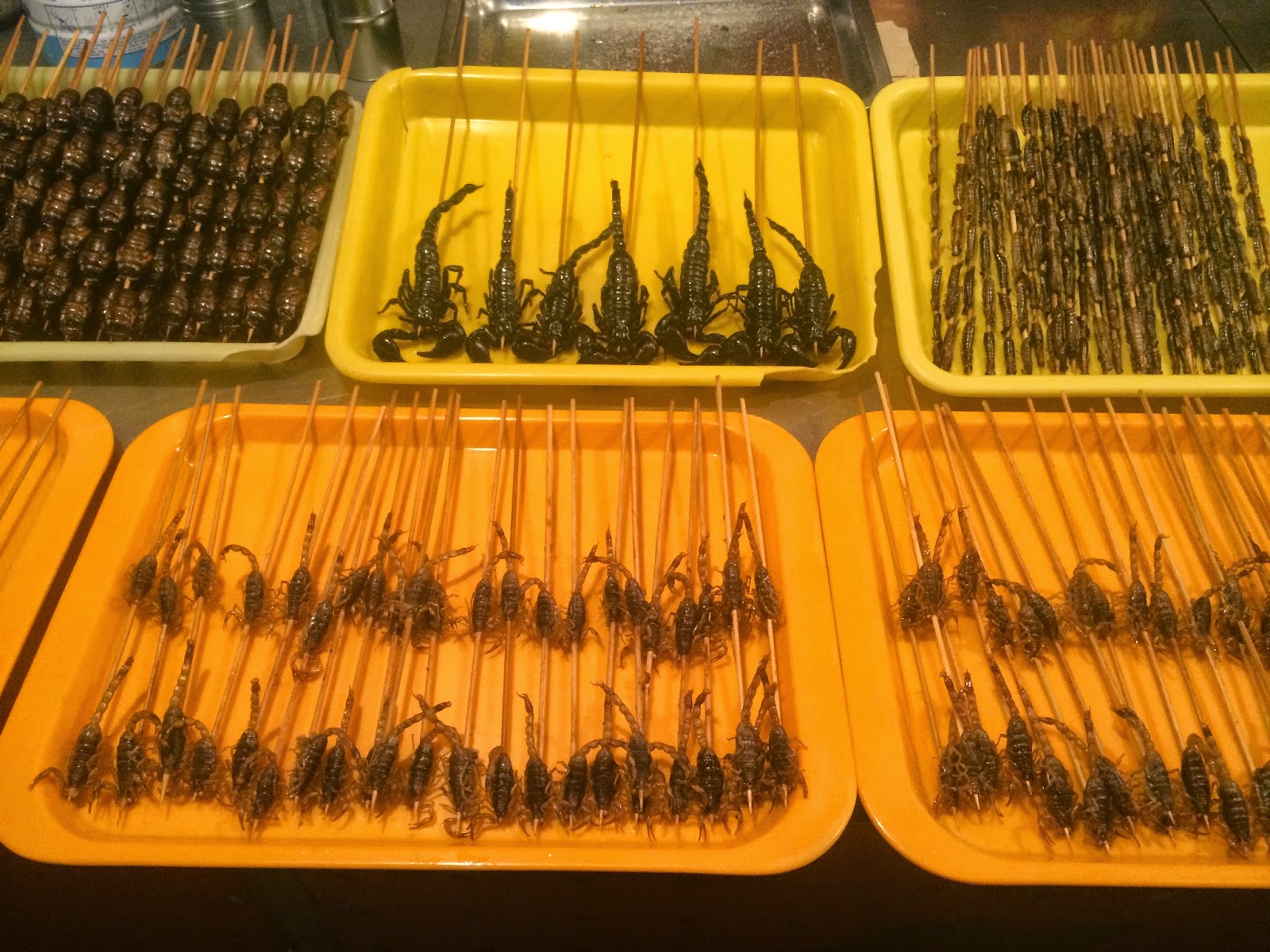 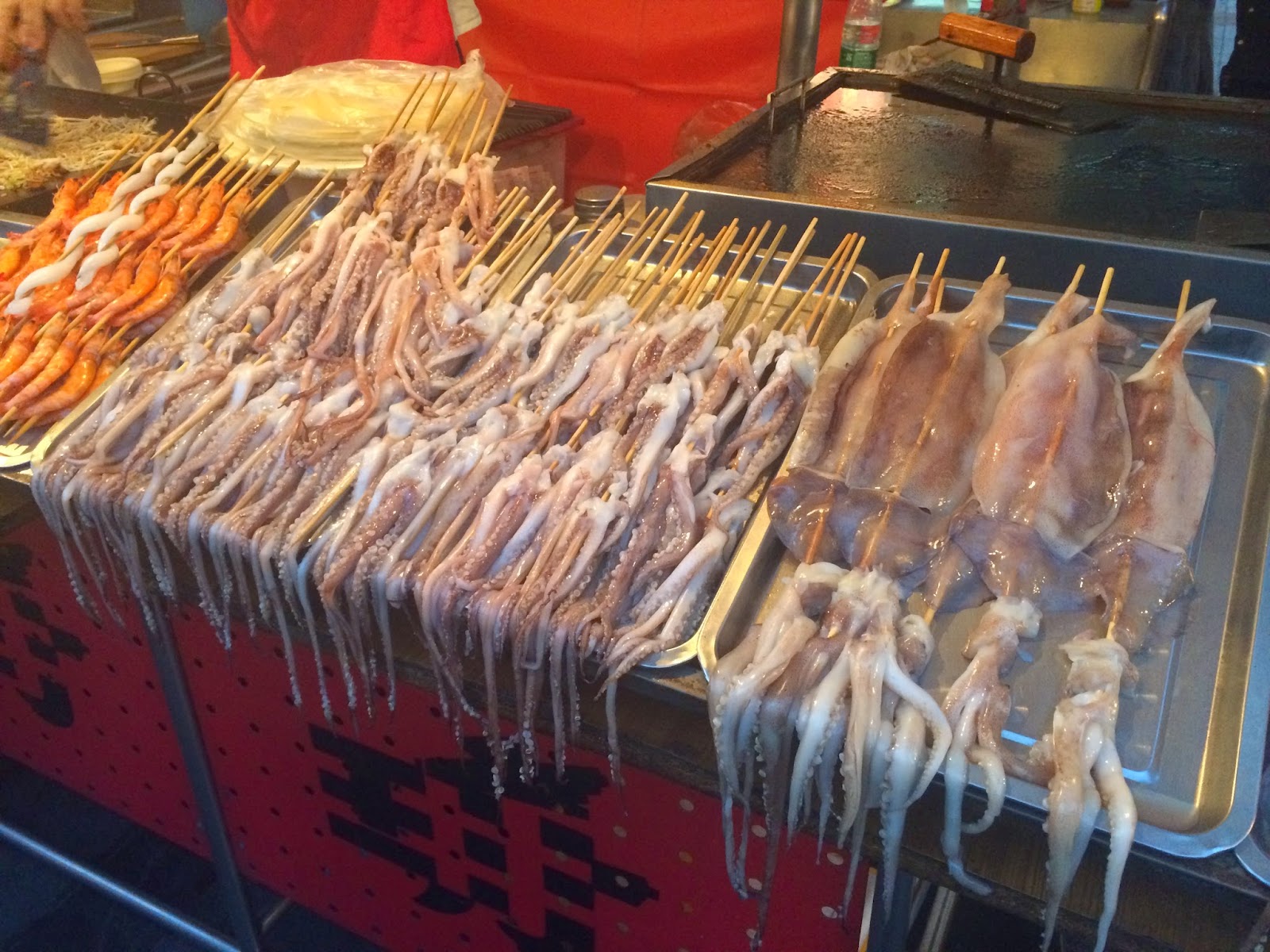 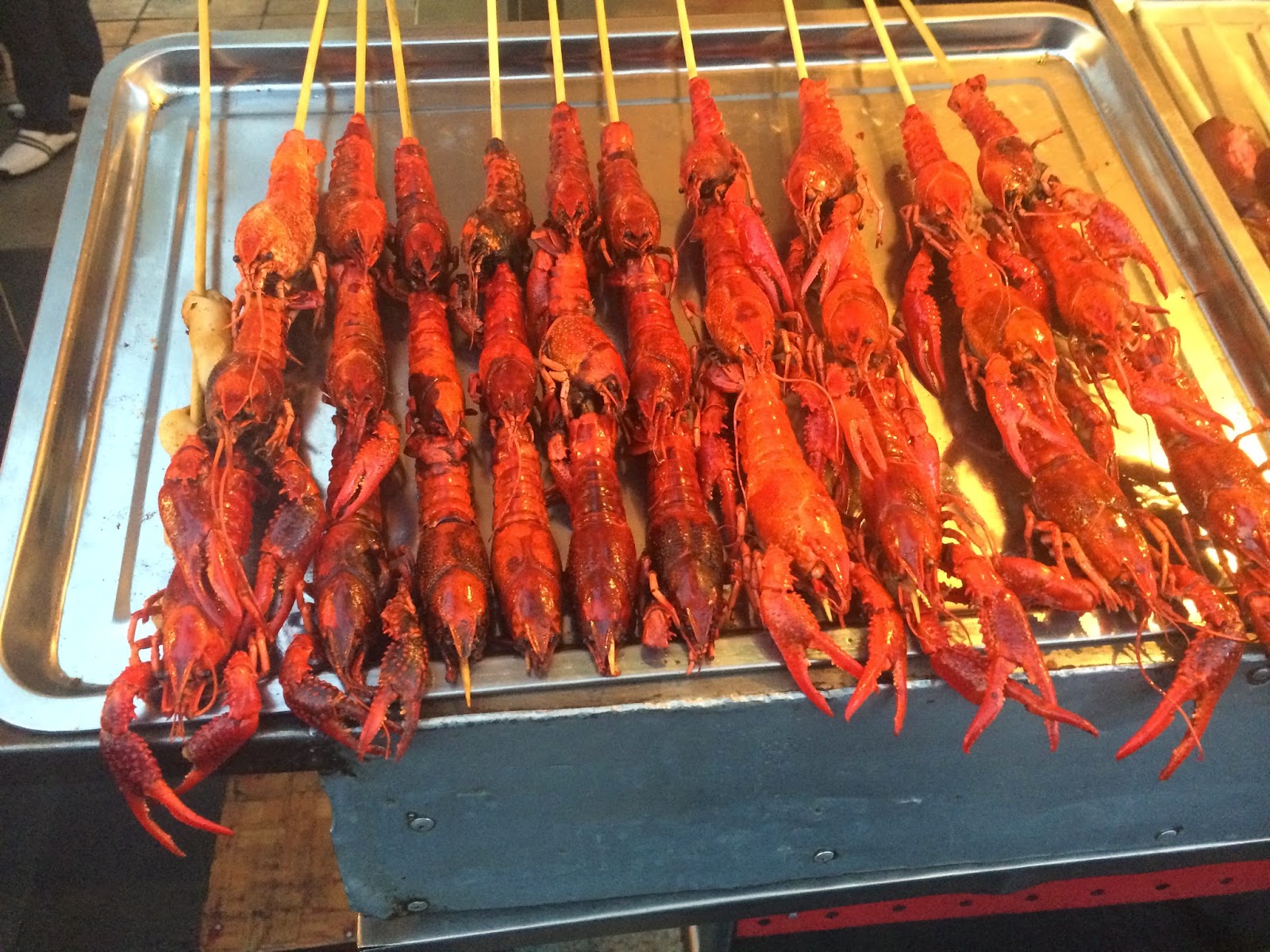 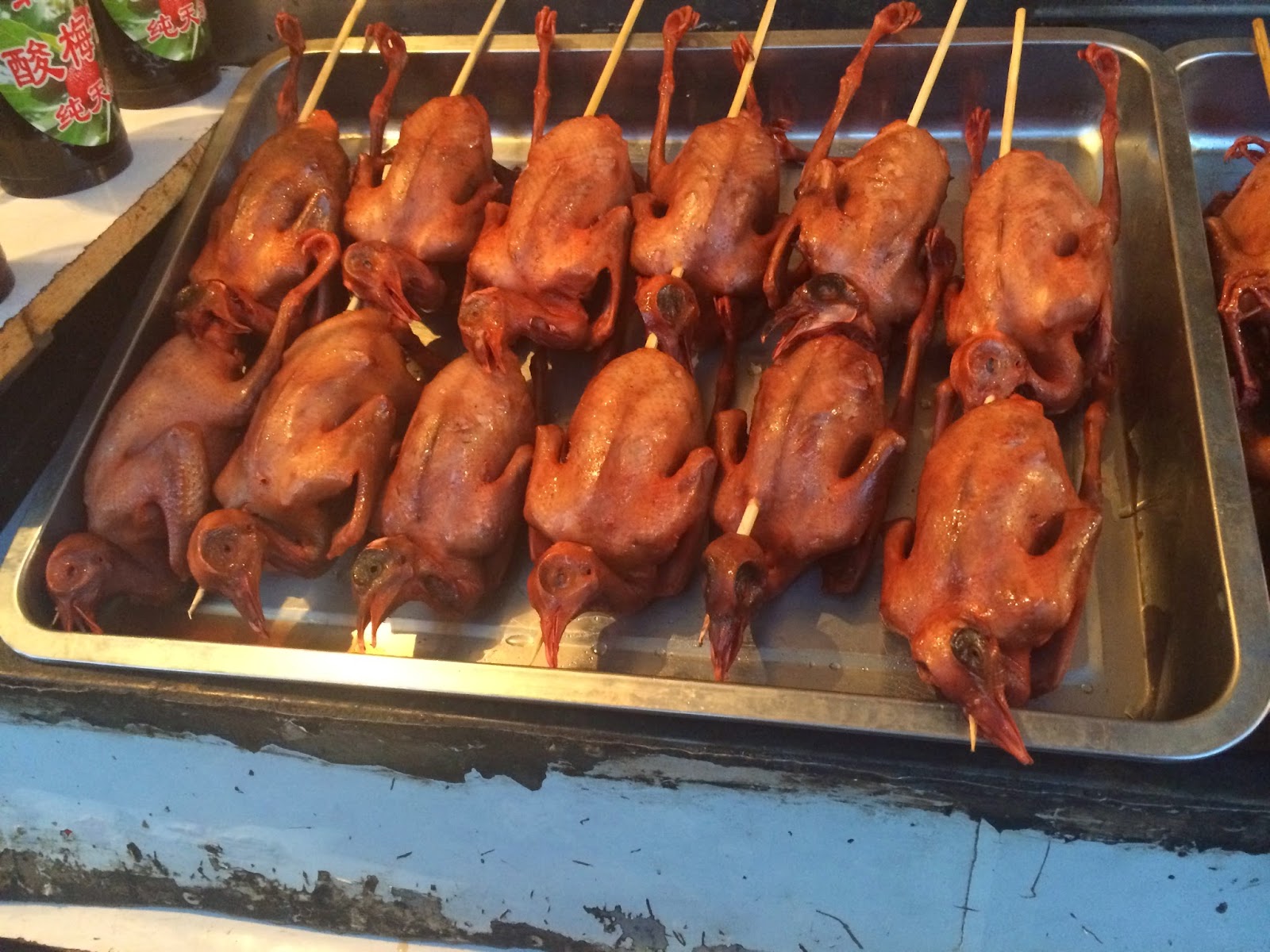 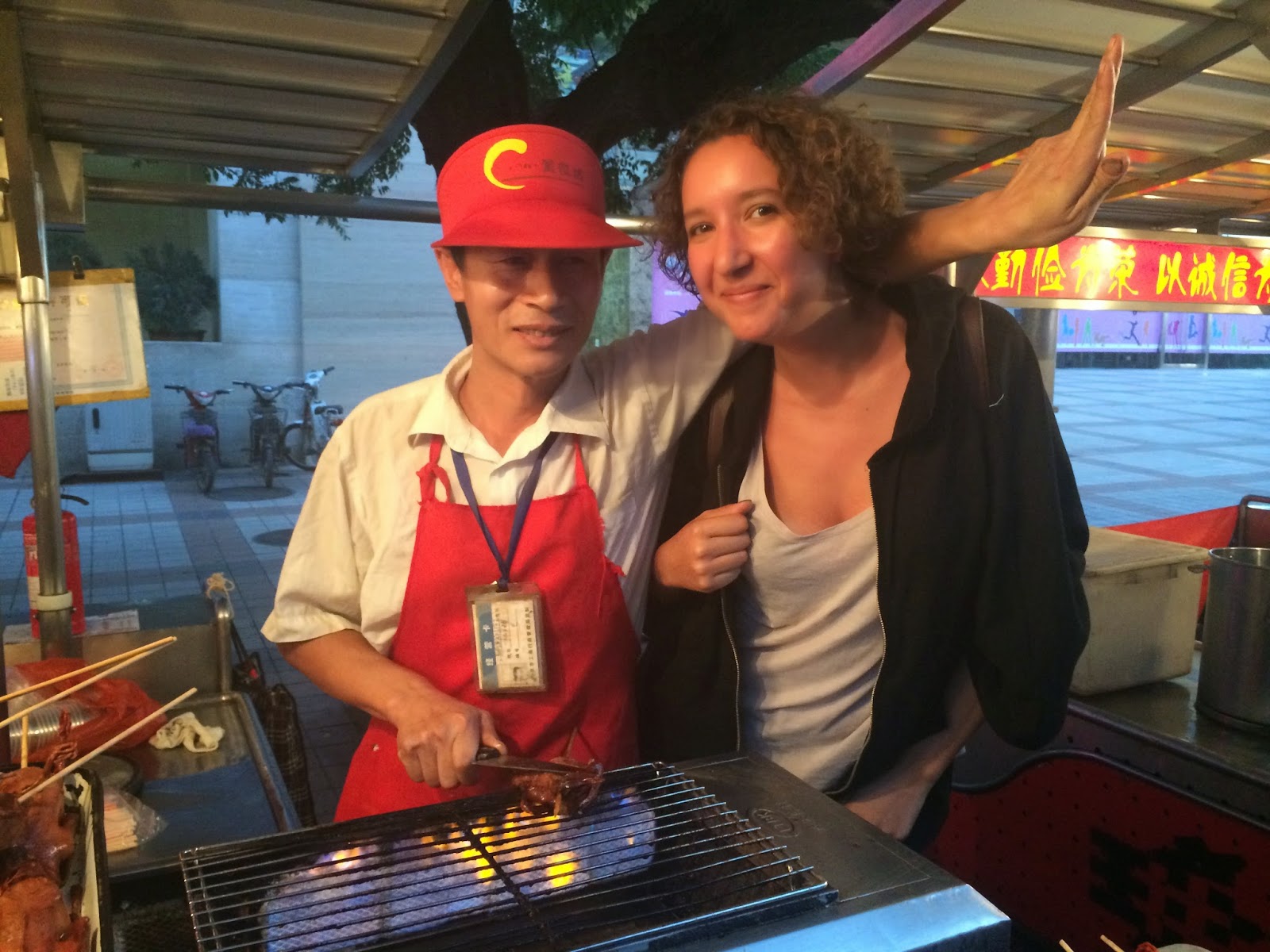 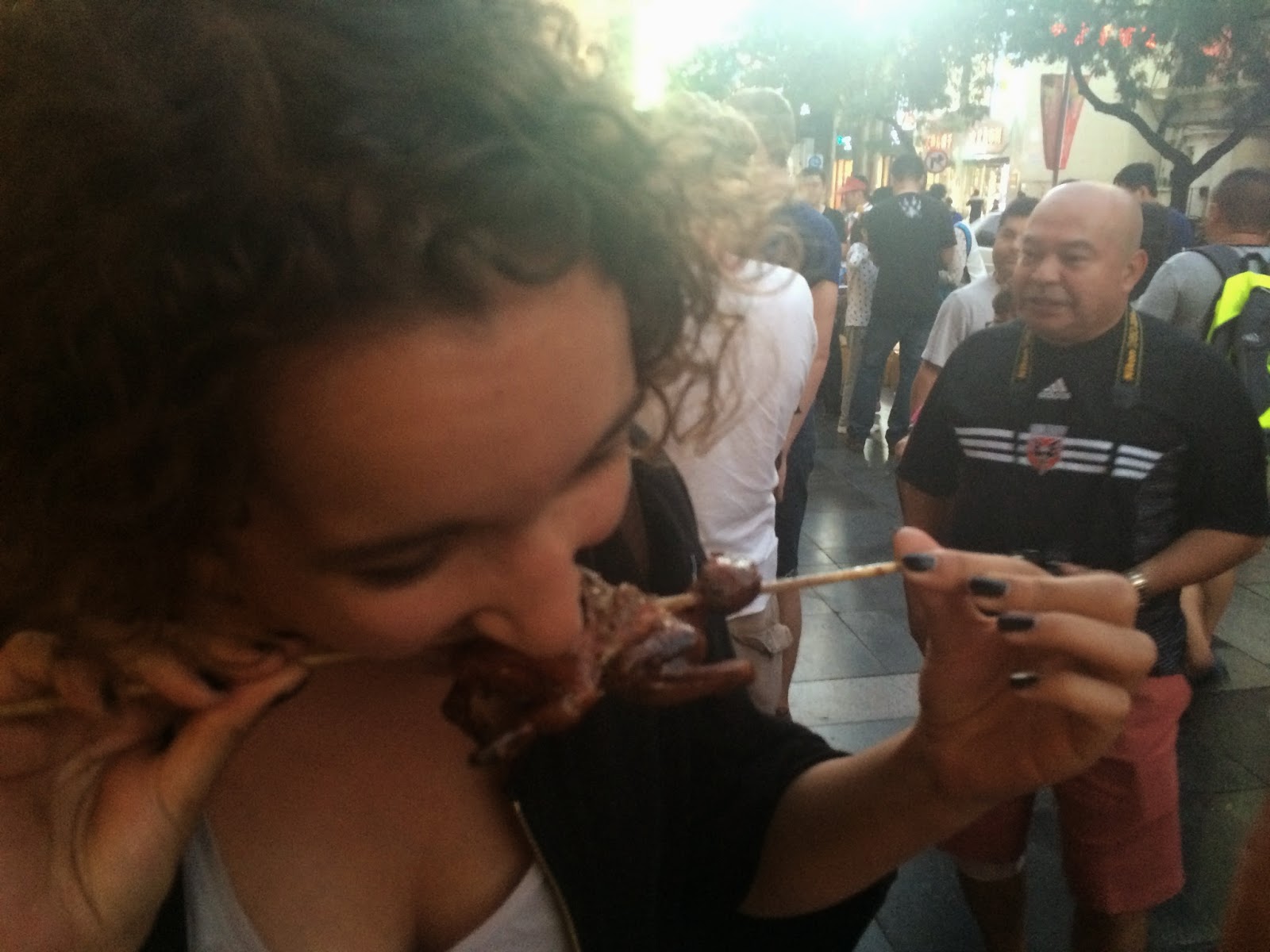 The best meal we had though was a night out with a friend of mine who is a Beijing local, born and bred. We let her and her friends order for us, and we had plates of grass roots with coriander, szechuan spiced fish, mushrooms with chilli flakes and dried tea leaves with shrimp (that one was my personal favourite). To top it off we had a strong spirit infused with snake and ants. Yep. When in Rome/Beijing…! Maybe not exactly a vegetarian-friendly visit, but I tried so many new things, and that for me is exactly what travel is all about. 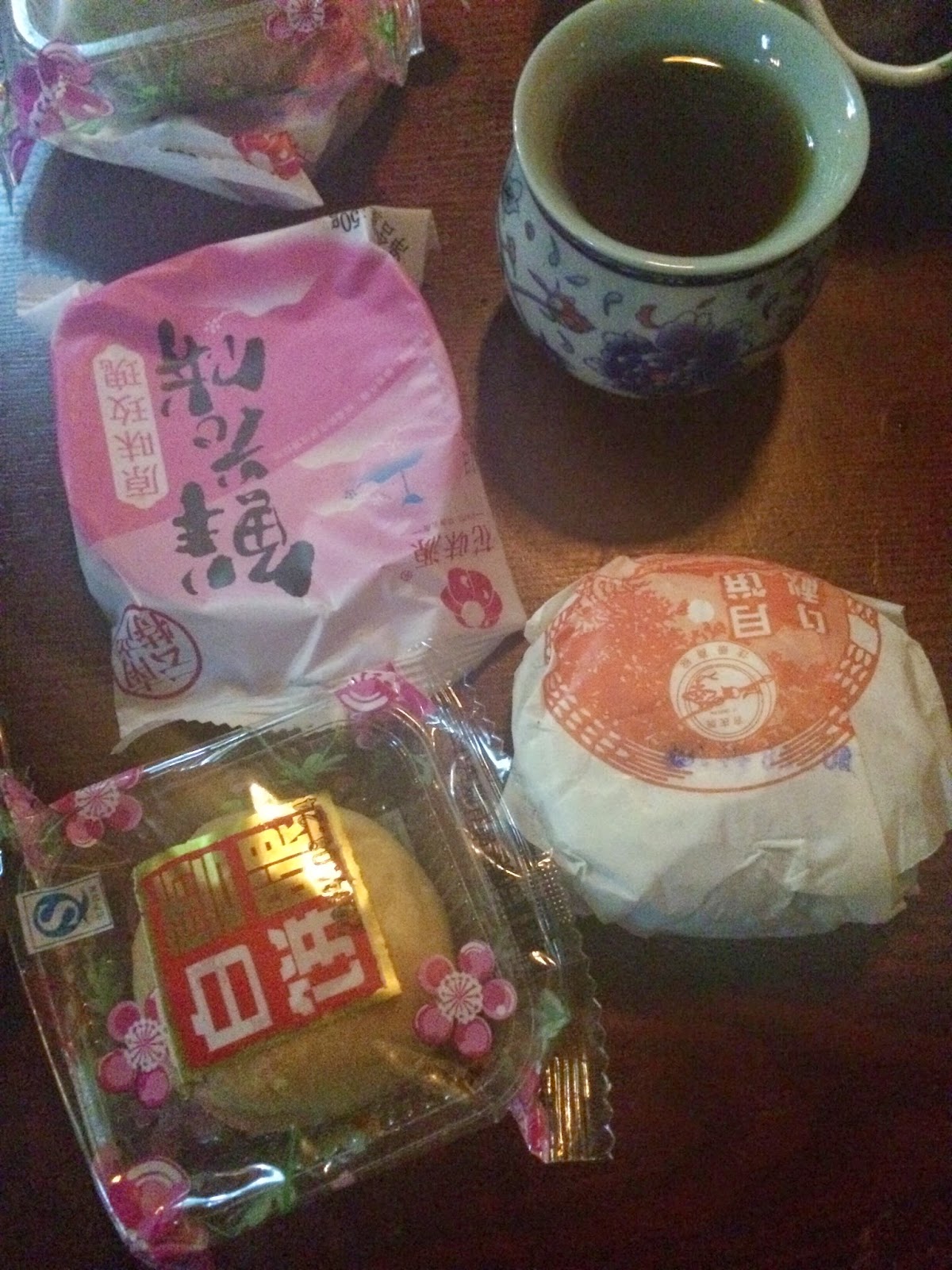 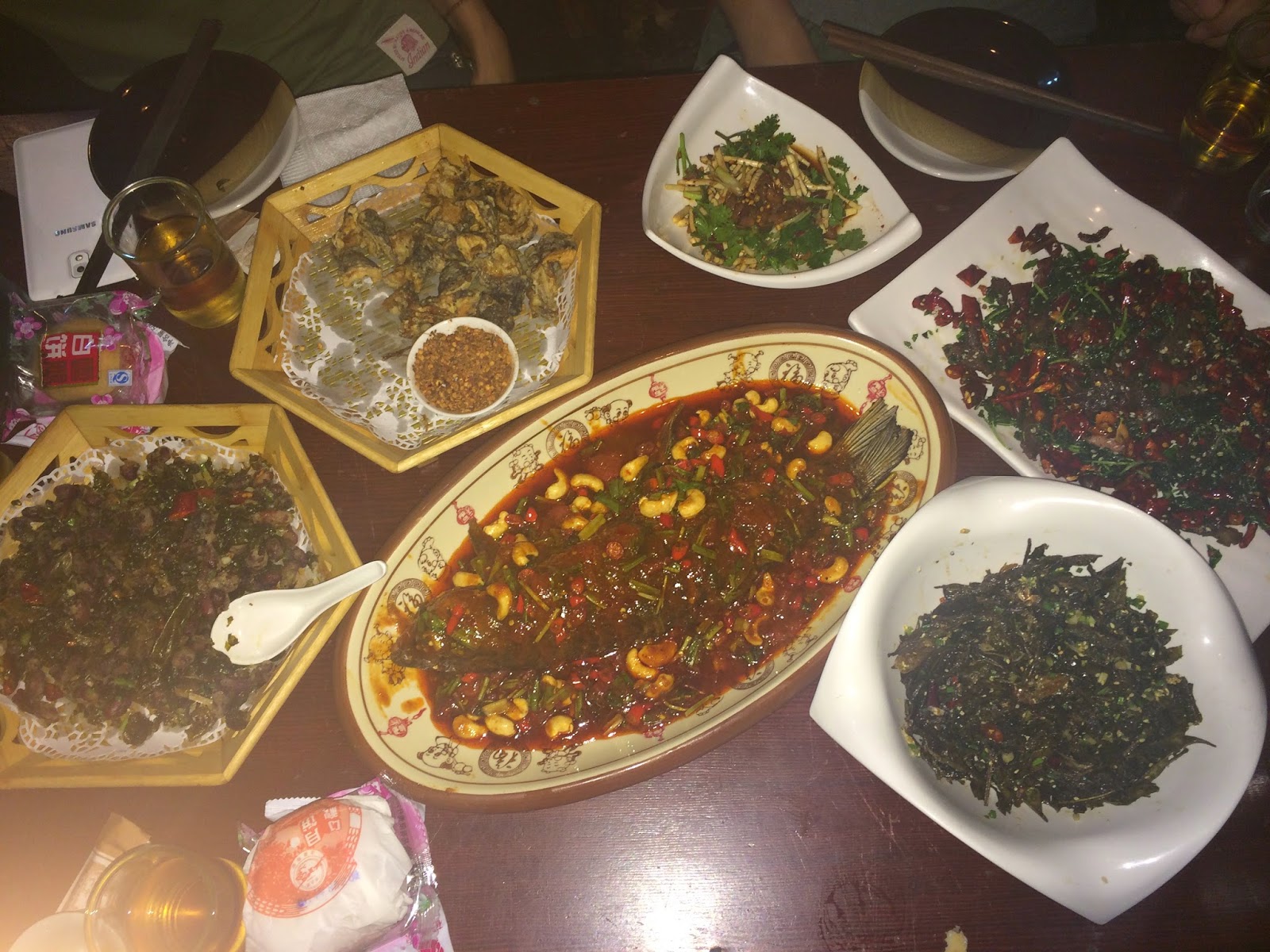 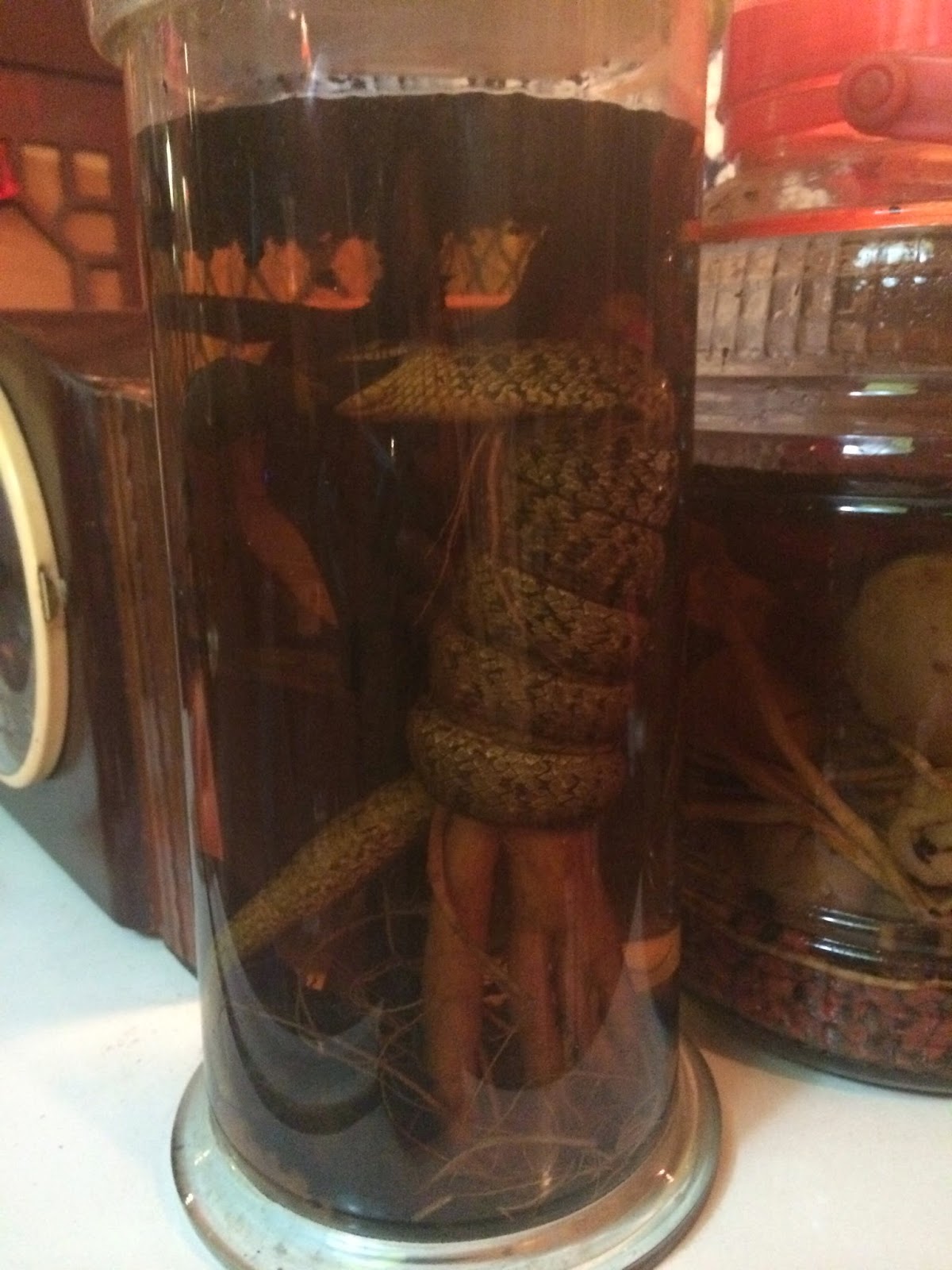 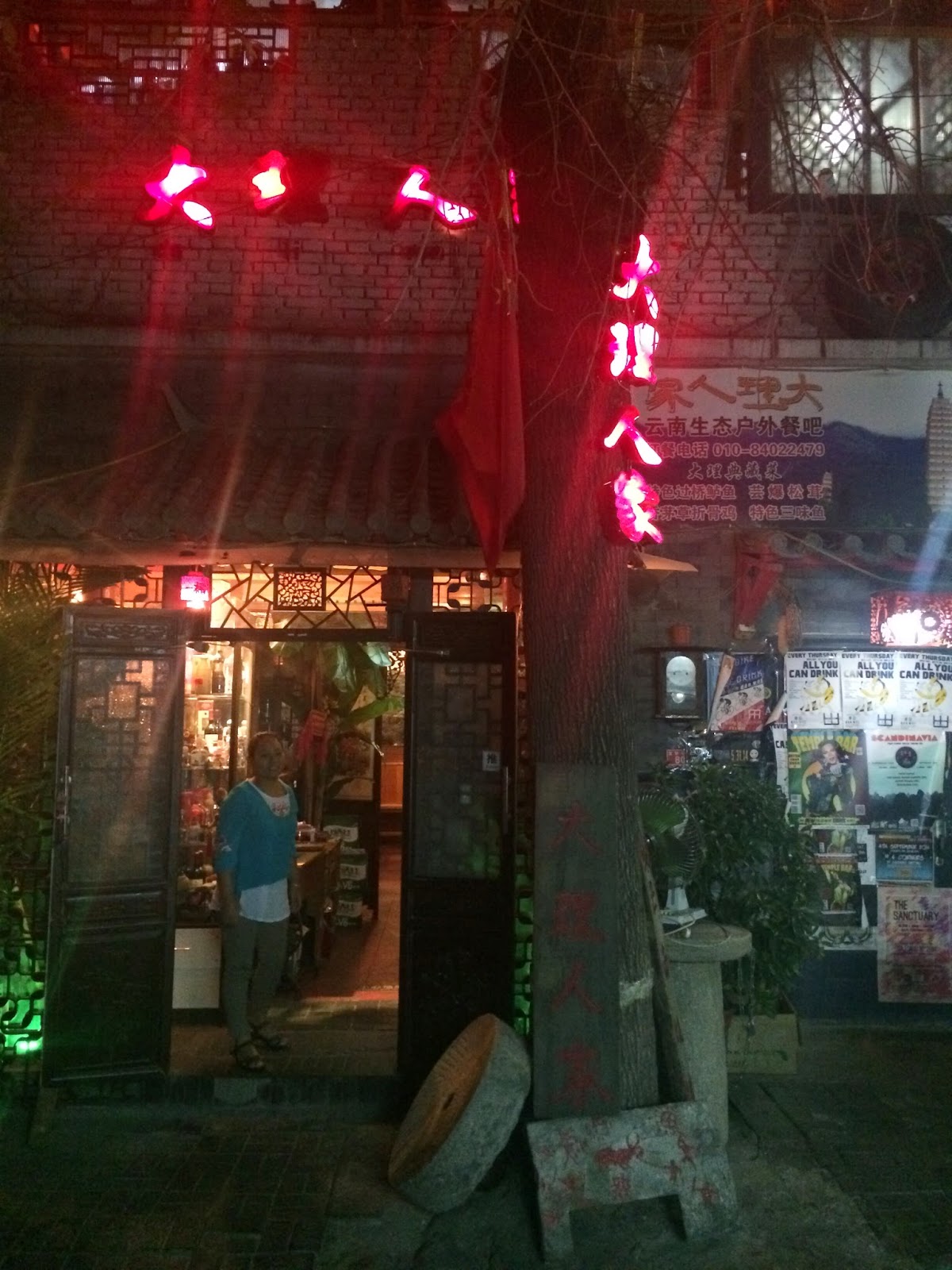