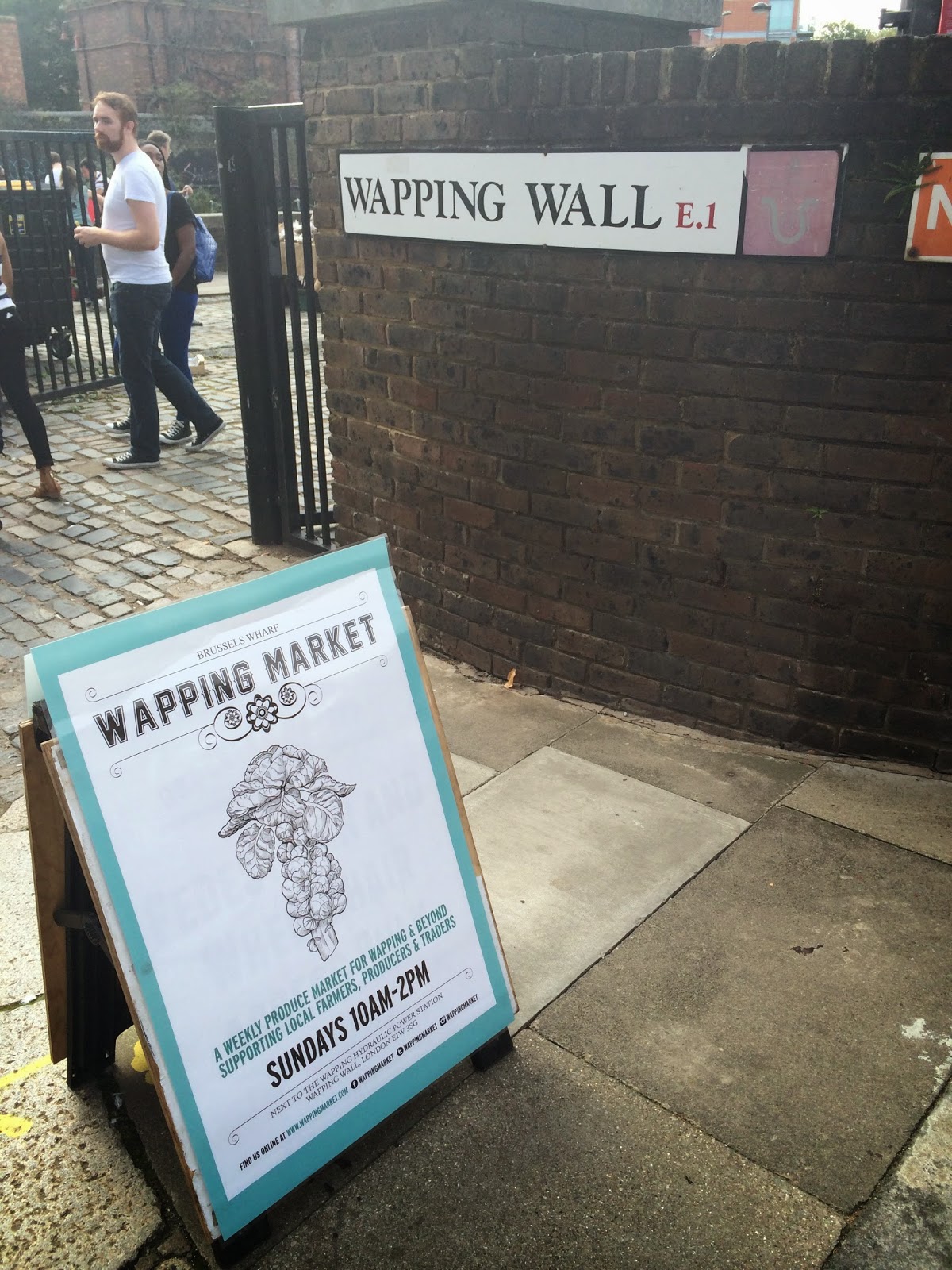 London is awash with food markets. With the likes of Kerb and Street Feast making it an evening affair, and the staples of Borough and Broadway attracting thousands of tourists every weekend, it’s difficult to determine where is actually worth investing your time. Wapping Market opened a few months ago by Shadwell Basin, bookended by great views of the City and attracting a steady stream of hungry punters. 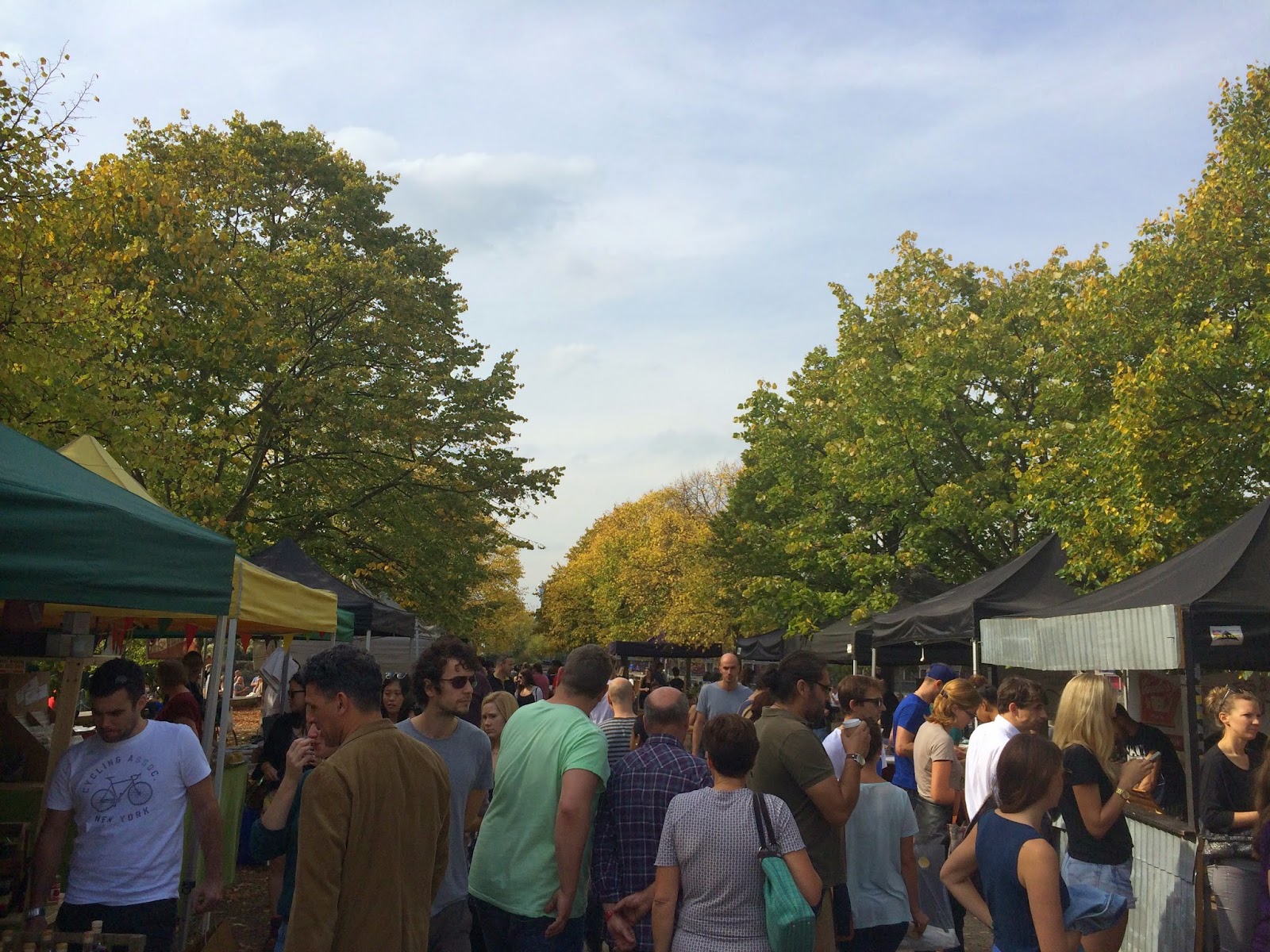 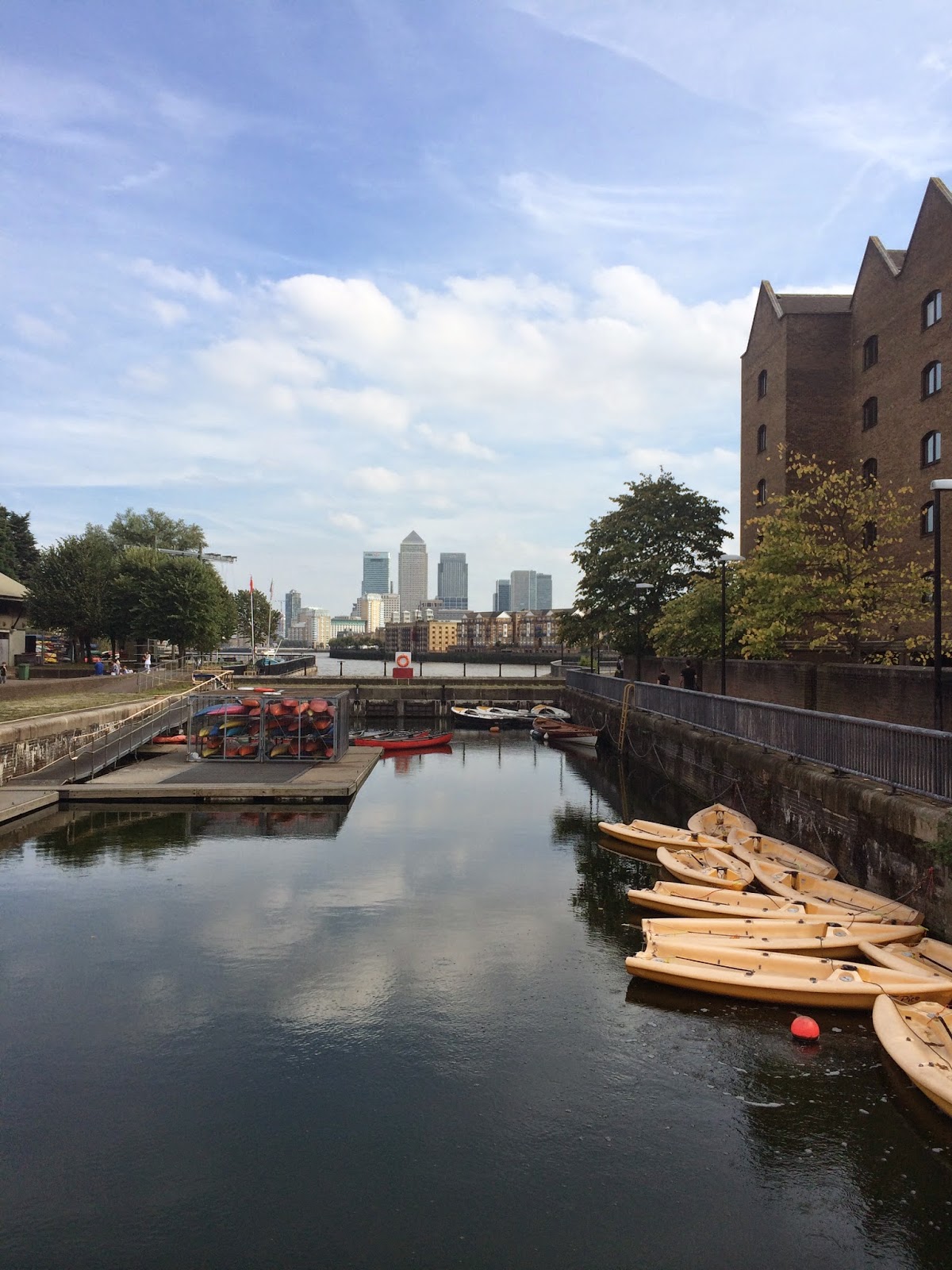 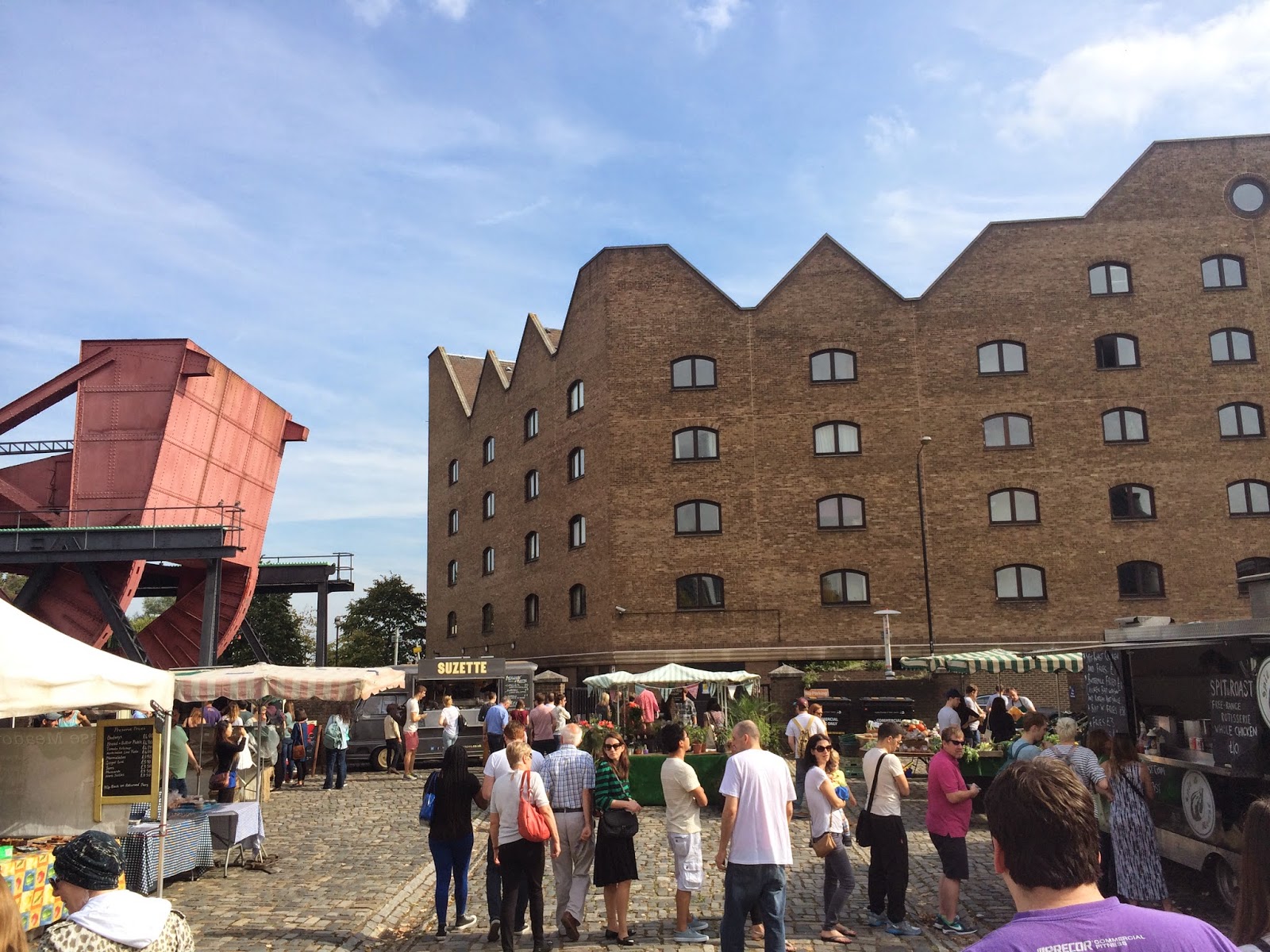 Not only are there ready-to-eat food stalls, but a great mix pop-up stores to buy everything from herbs to cheese, flowers and preserves. We started off with sandwiches. My housemate went for bacon, feta and avocado from Swine Dining -a sandwich so good that he went back for another one after a doughnut and ice cream! 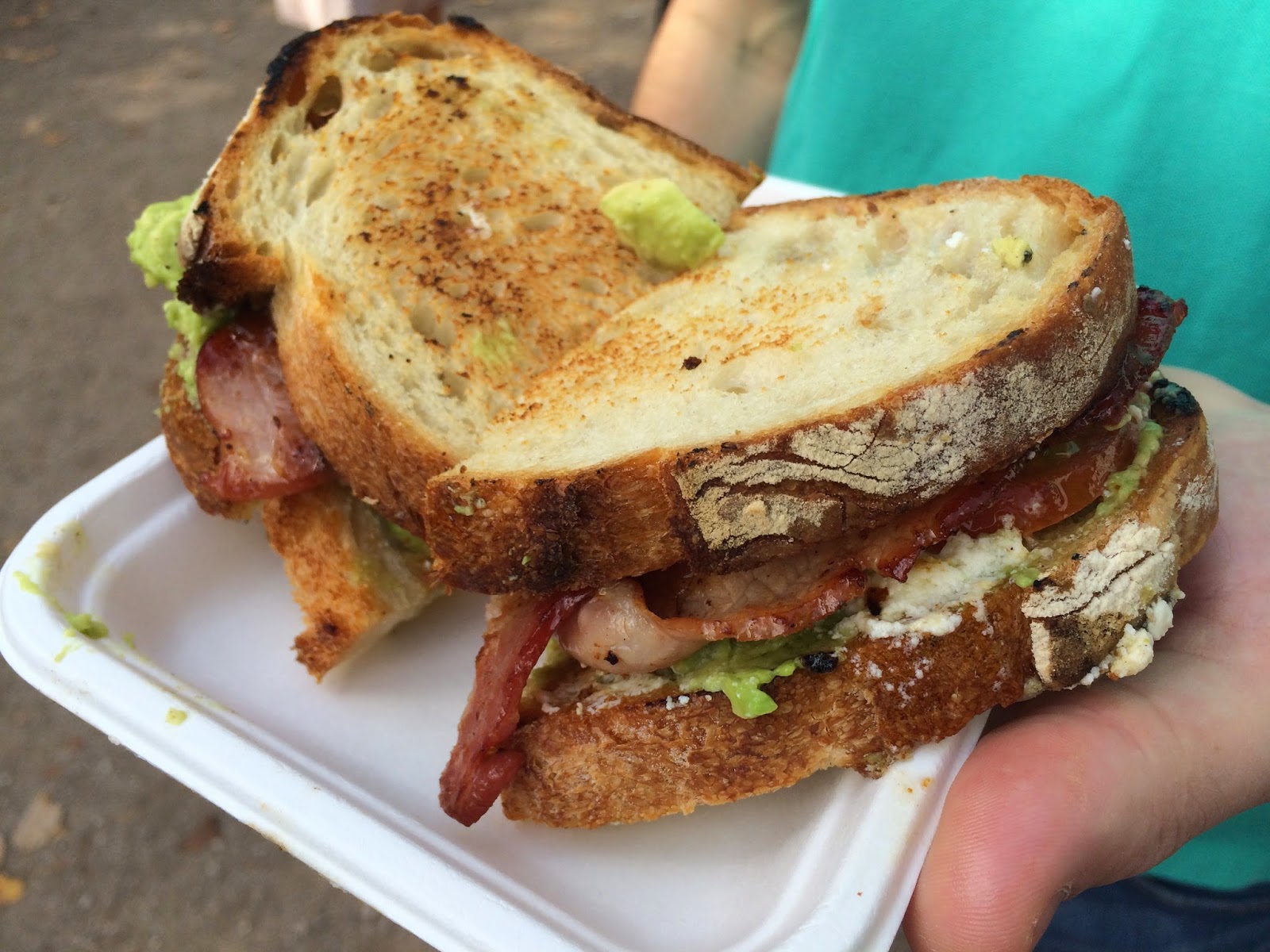 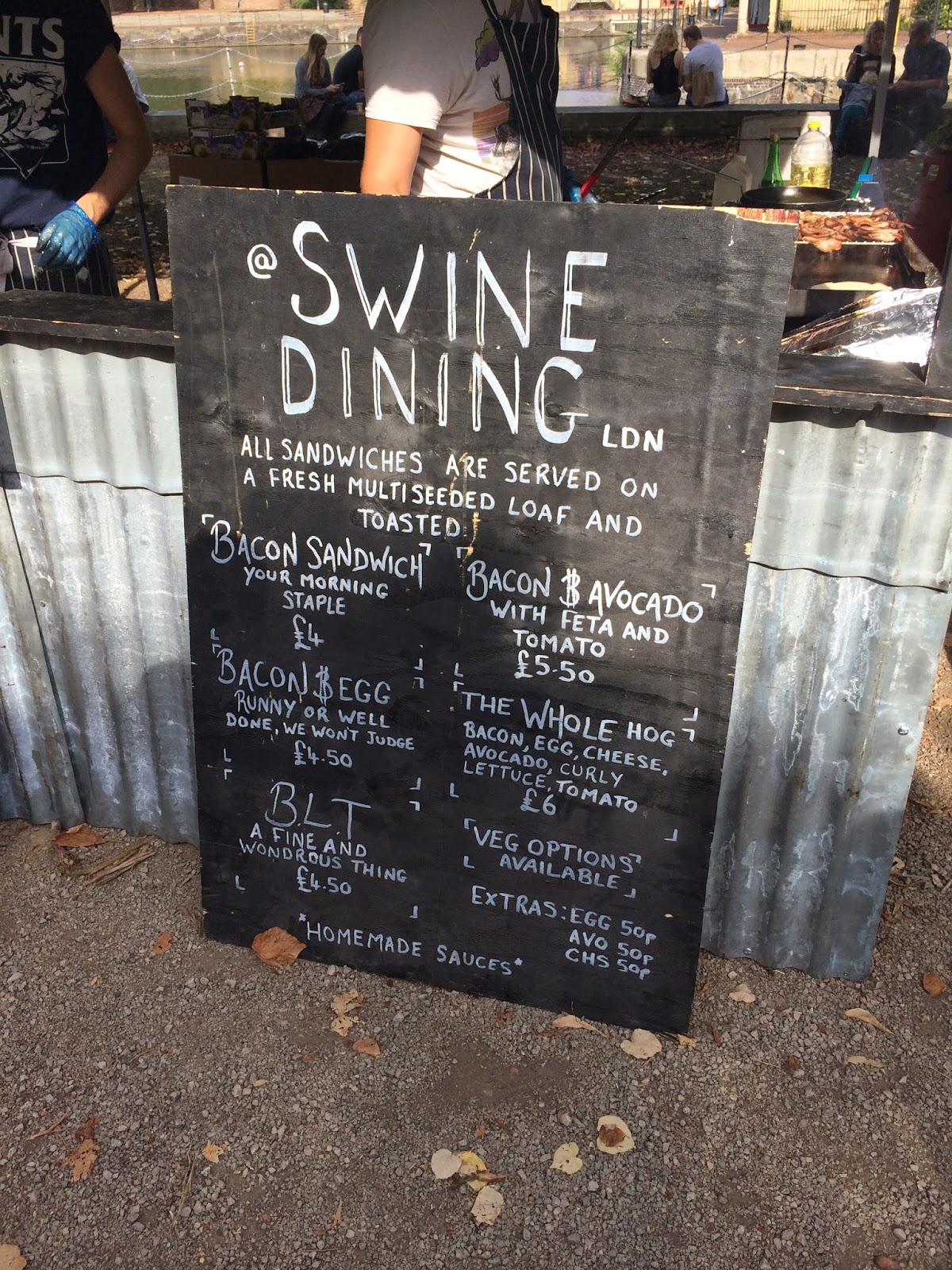 My boyfriend and I followed the crowd and headed to Mother Flipper for some giant burgers. I’ve written before about how burgers are such a huge trend in London right now, from Honest Burger to Five Guys – it’s difficult to know where to start. But I can easily say now, that Mother Flipper is the best burger I have ever had. I went for the extravagantly named ‘Smoked BBQ Belly Flipper aka #PorknParty’ which consisted of aged beef patty, smoked pork belly, homemade cheesy BBQ glaze, cheddar, pickled cabbage and mustard mayo. It was near on impossible to actually fit it into my mouth, and there is definitely no way to eat such a monstrosity in any kind of refined fashion. It was insanely delicious, I could hardly believe it. My boyfriend had the Dirty Barbie: two beef patties, cheese, candied bacon and onions – a burger that kept him completely silent for a good five minutes save for a plethora of yummy noises. 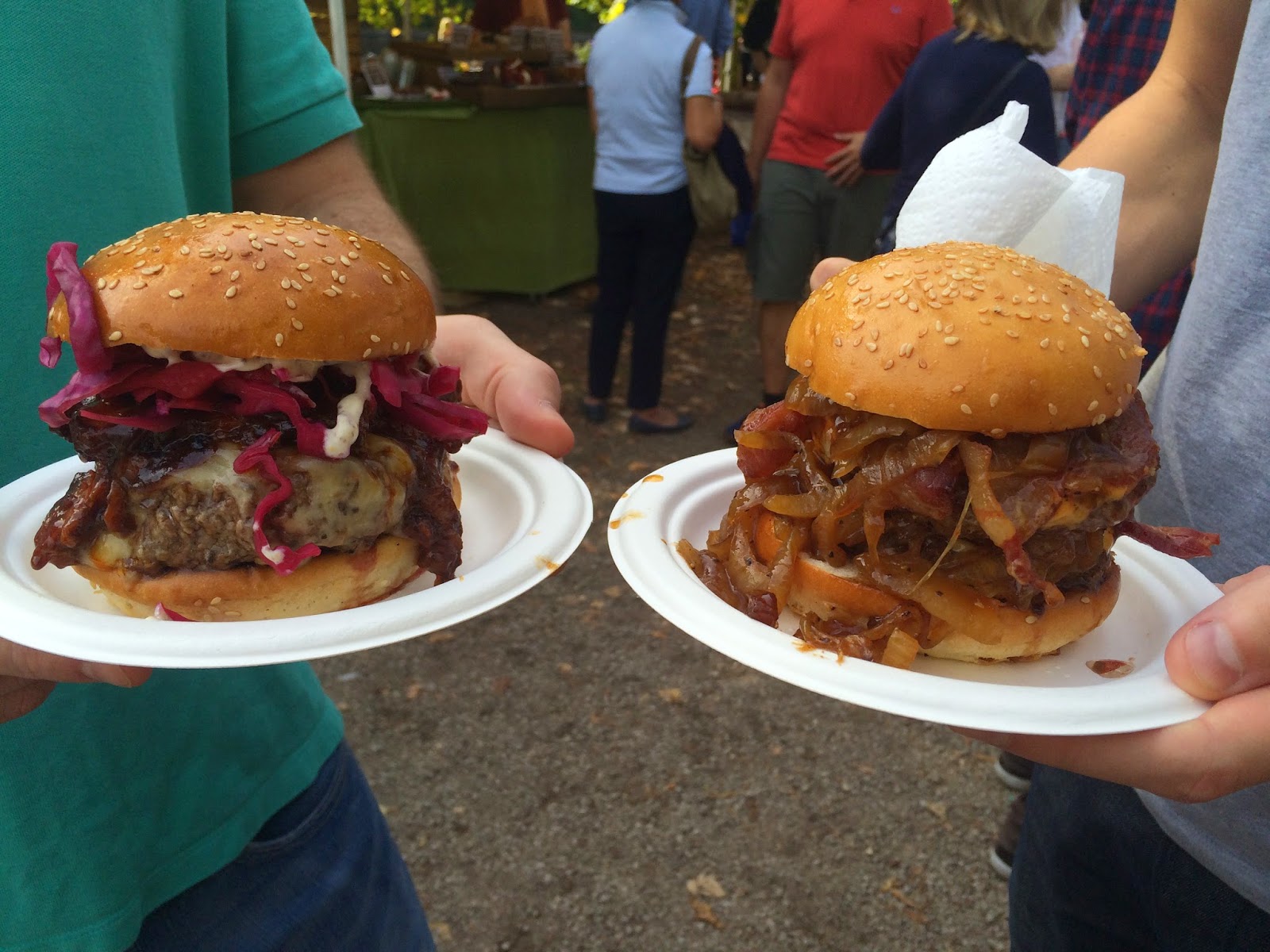 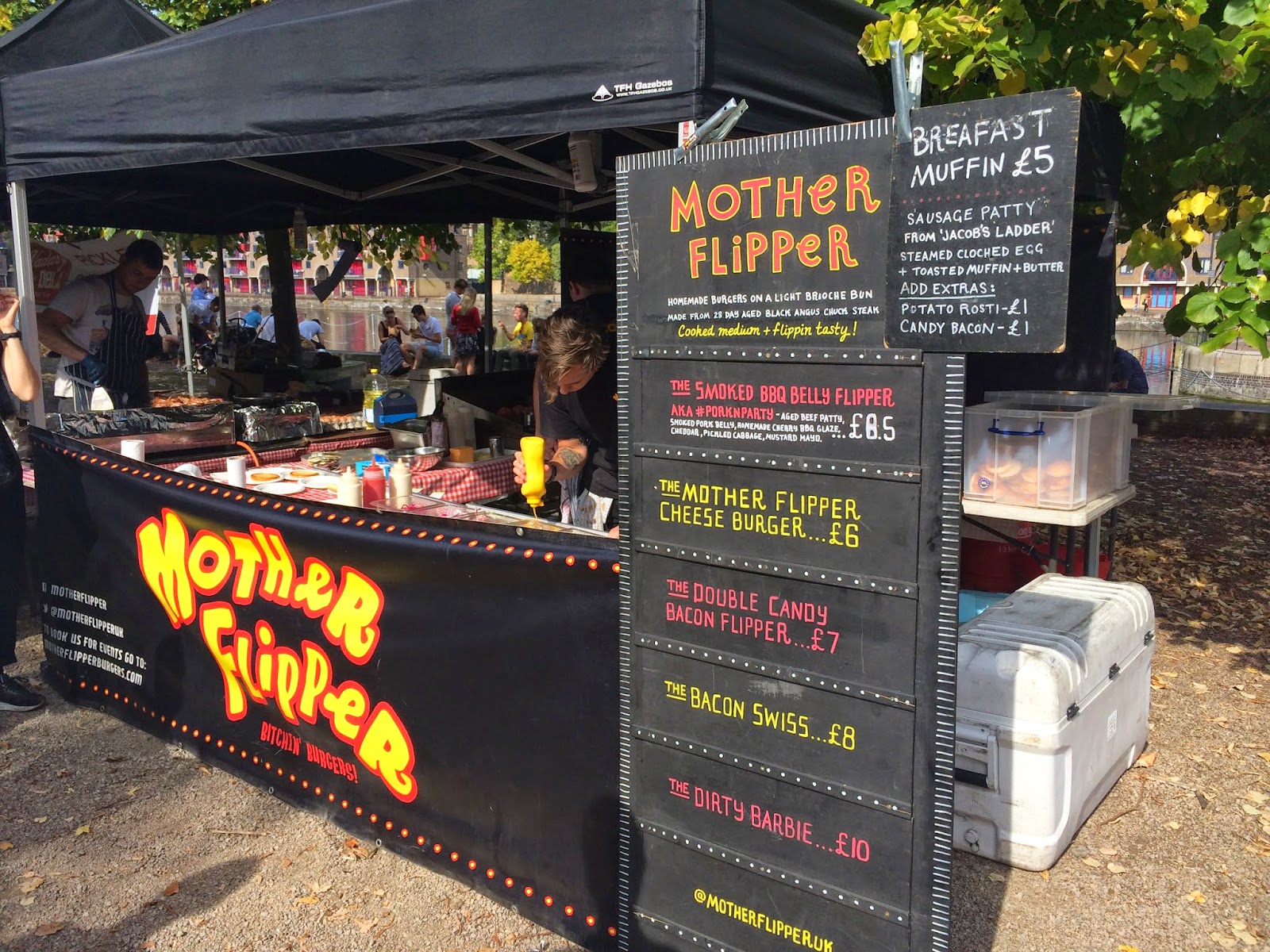 That should have really been enough, but I’d already spotted Crosstown Doughnuts on our first lap of the area and they’ve been on my hit list for a while so I couldn’t resist. I went for a creme brulee doughnut: hardened sugar on the top and filled with vanilla custard. I saved mine for when we got home and it tipped me right over the edge into a full food coma, but it was totally worth the pain. 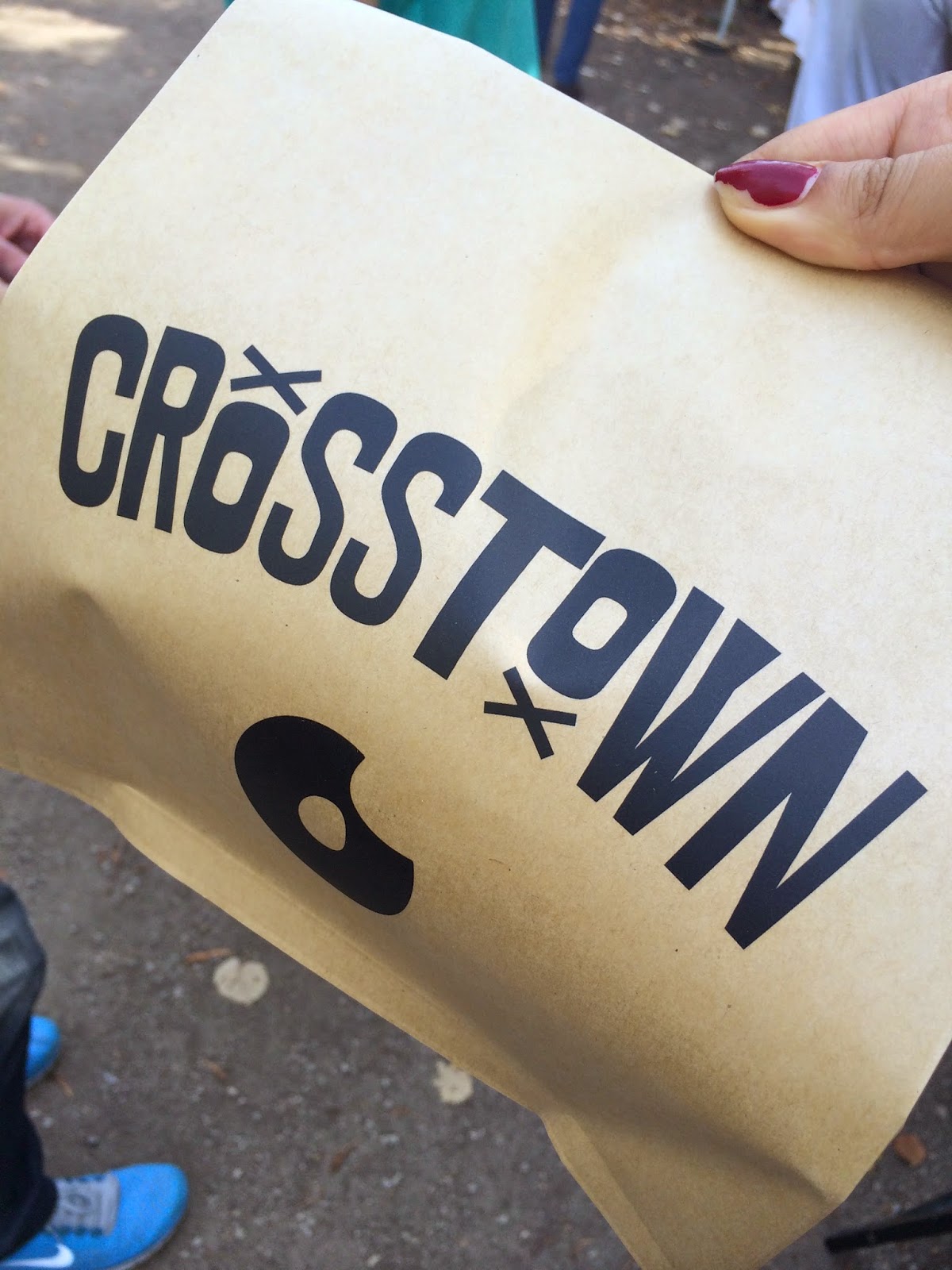 In between eating far too much food and contemplating more, we found World of Zing. This is the type of shop that I can’t resist; full of weird and wonderful ingredients that I have no idea how to use but I want them all regardless. I was intrigued by their popcorn flavourings, despite not liking popcorn, and my boyfriend invested in a bottle of their award-winning ultra-dry Martini as I heavily contemplated a bottle of their rum punch which was incredible. I did buy a couple of intriguing chillis though, which the boys I live with were excited by as they started imaging each other crying out with pain at our next meal. We used the habaneros in a chilli that night and put them in whole. They certainly gave a kick to the meal, but they added a really delicious intensity rather than just raw heat – much better than standard red chillis from the supermarket. I also bought some Chinese White Hunan Chillis which apparently have a salty taste. I’ve yet to use them but I’ll be Googling some recipes soon to get some ideas! The guys on the stall said that if there’s a strange ingredient I find online that I’d like to buy, that I can email them and they’ll bring it down to the market too. A dangerous idea for a woman who owns more recipe books than sense. 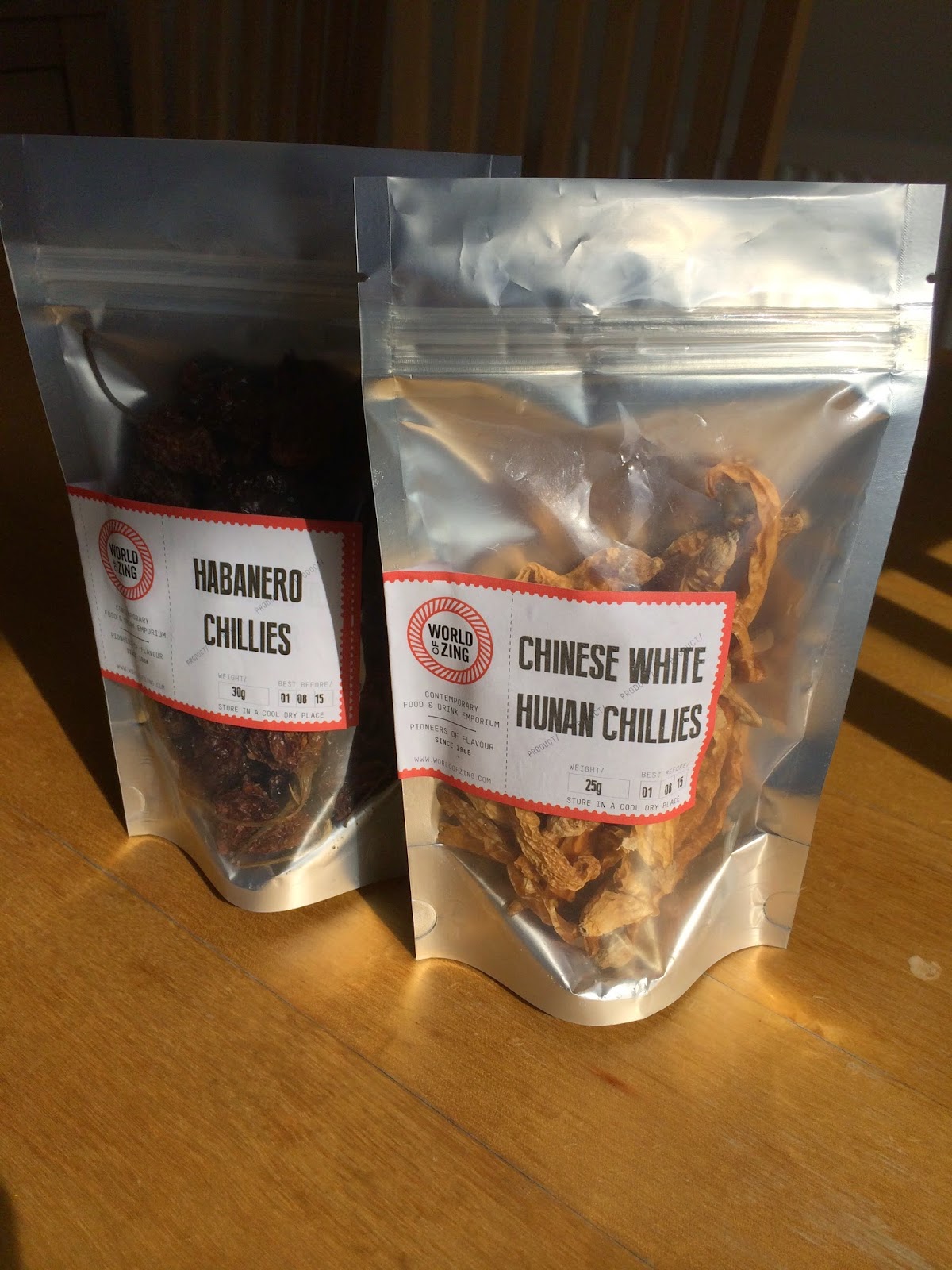 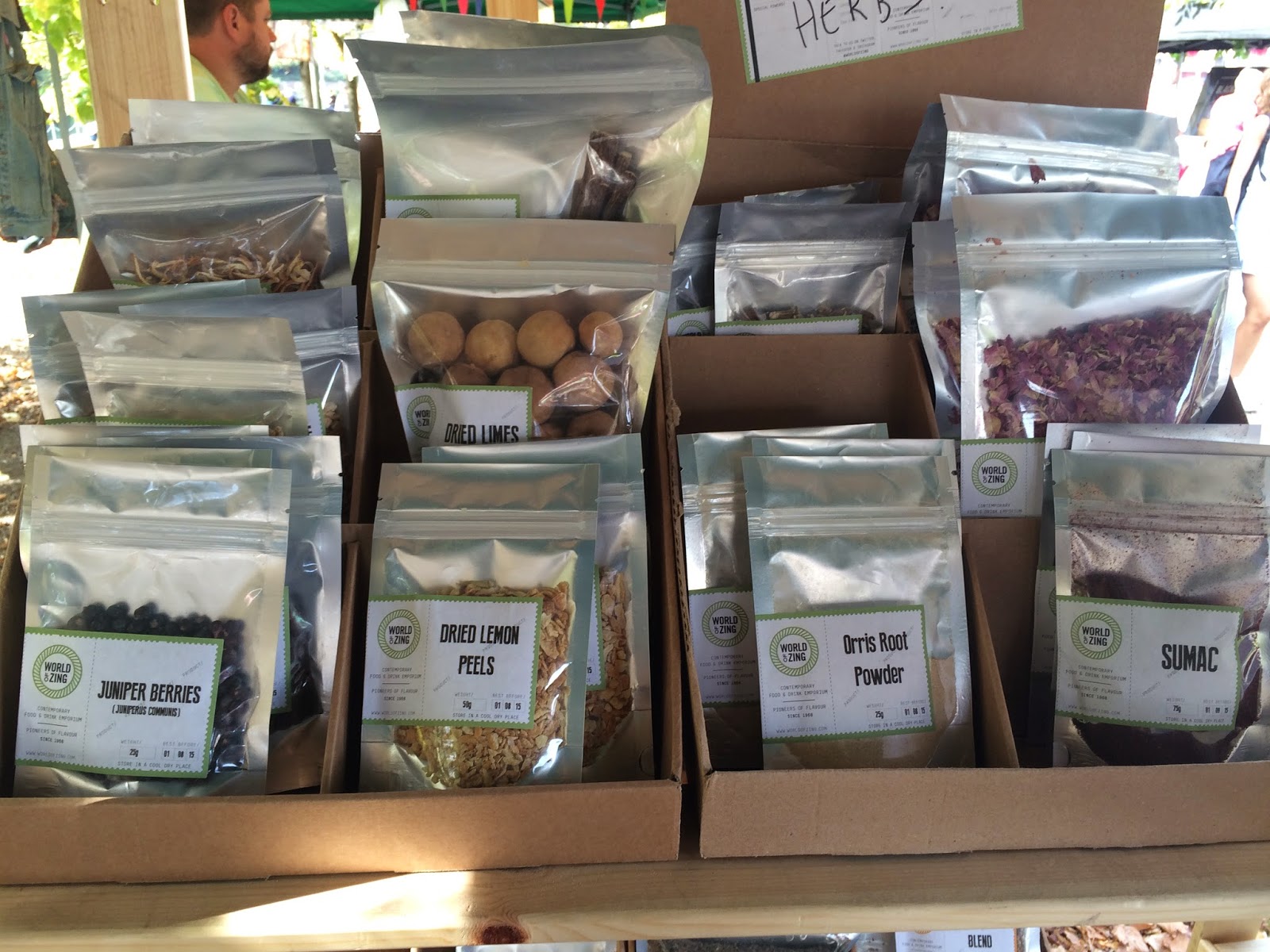 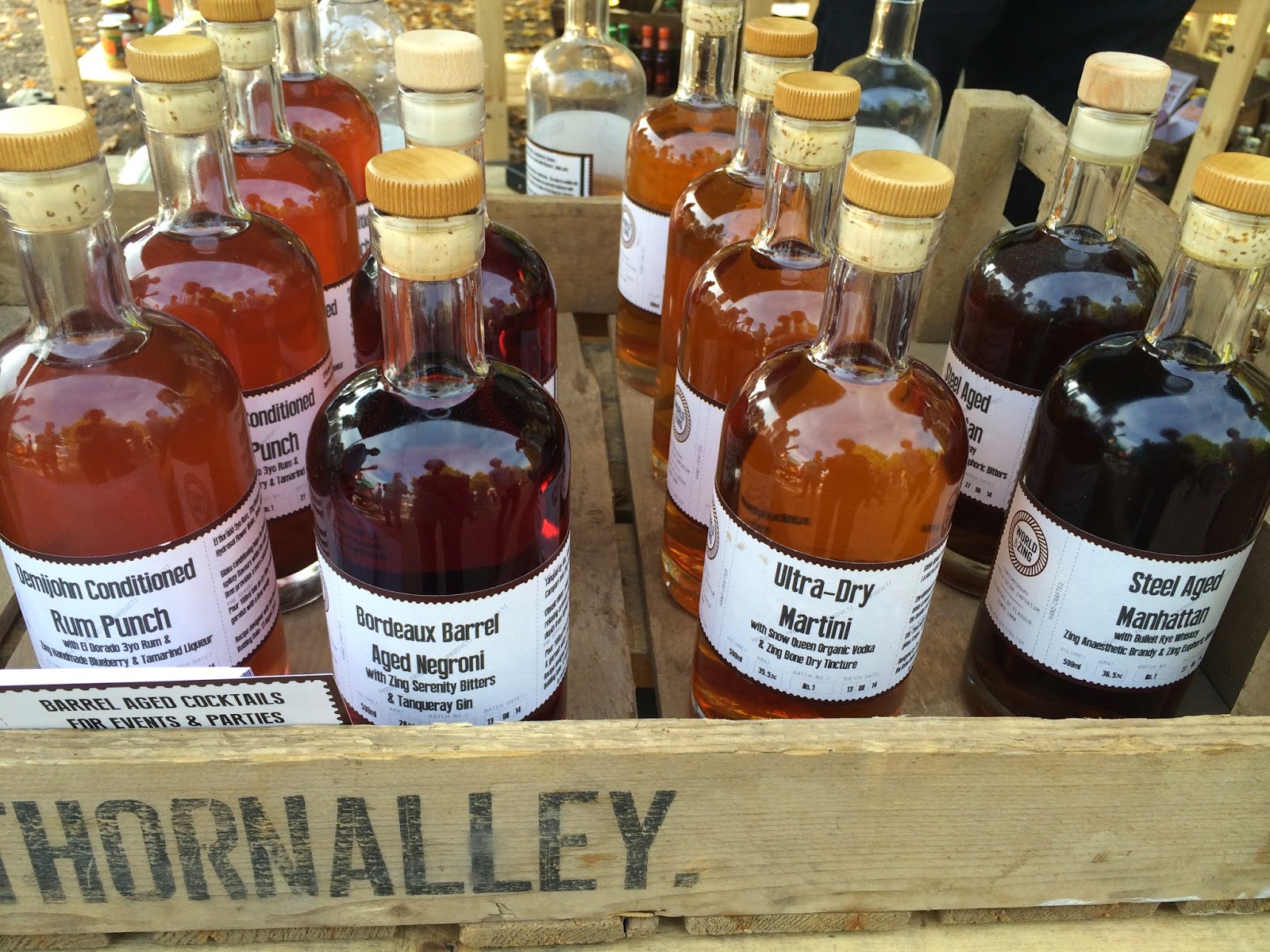 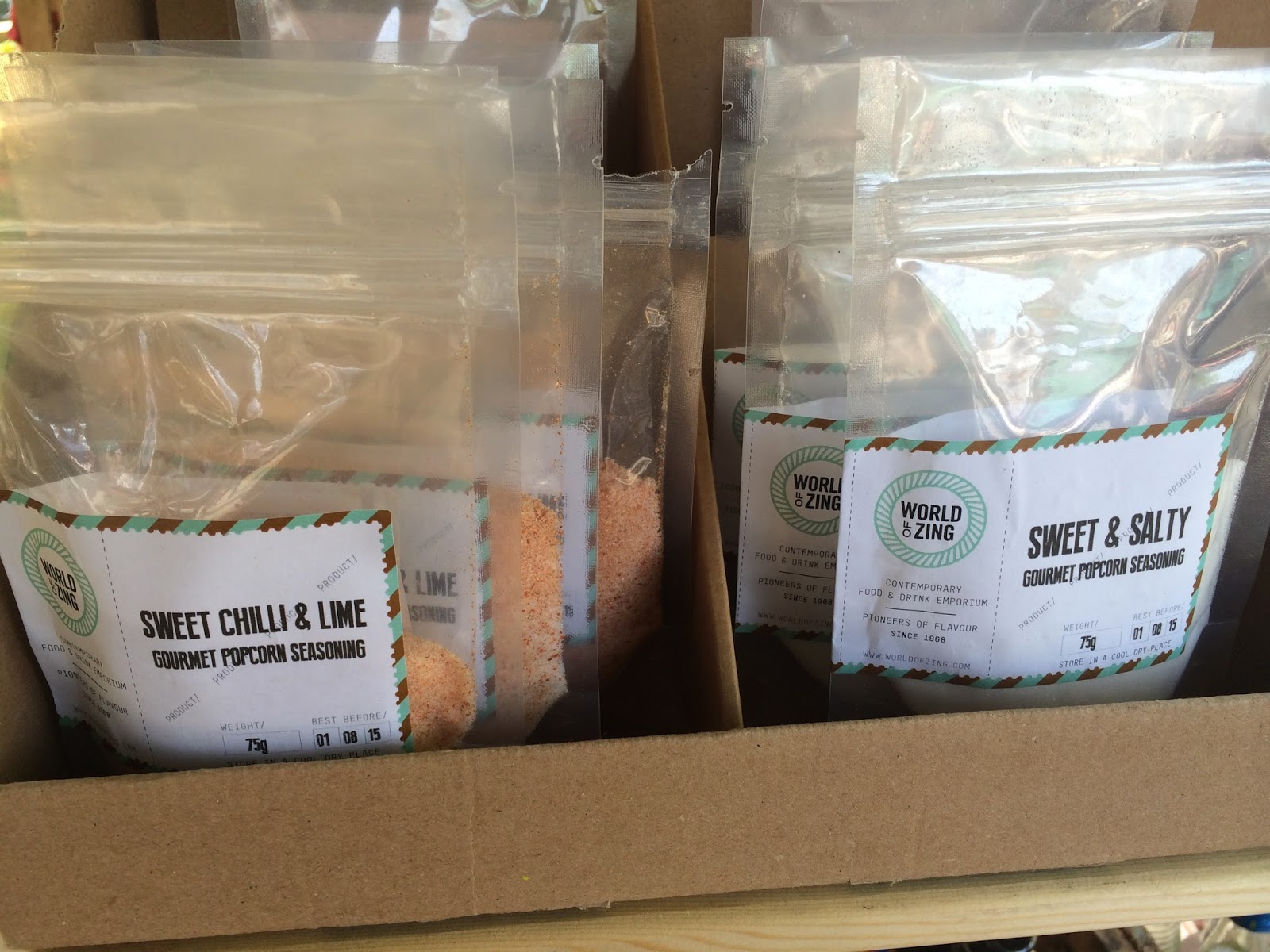 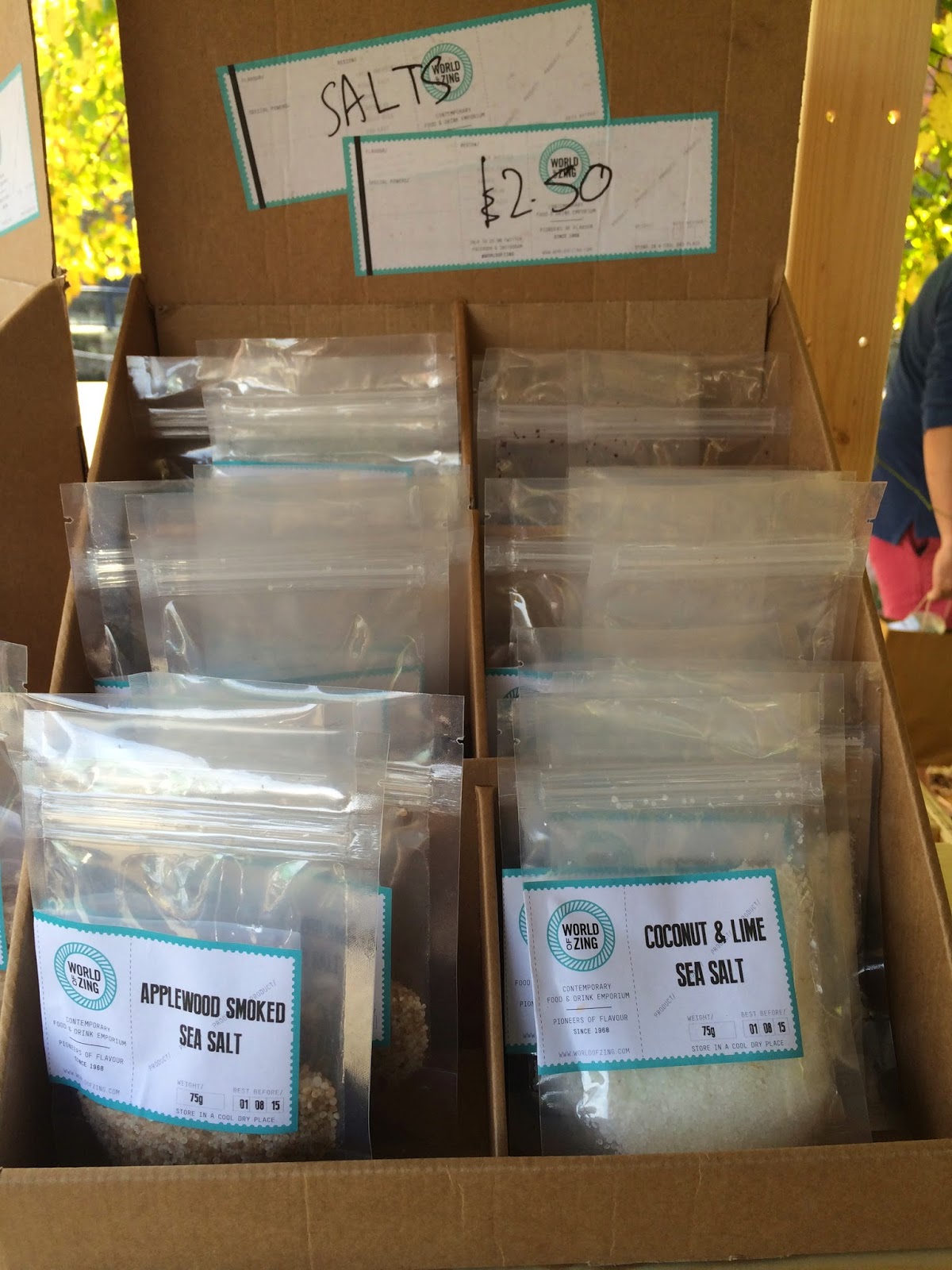 We finished off our exploring with ice cream from Ruby Violet – a parlour based in Tufnell Park that I never got around to visiting when I lived in north London. I had a scoop of both Damson and Sour Cream and Banana and Toffee, topped with a delicious wafer. It was a great way to get over the savoury bombardment of the giant burger, but I was so full I just could not finish the ice cream, despite how gorgeously smooth it was. The slight sour tang to the damson one was just what I needed to remind my stomach that it isn’t actually made of pork. 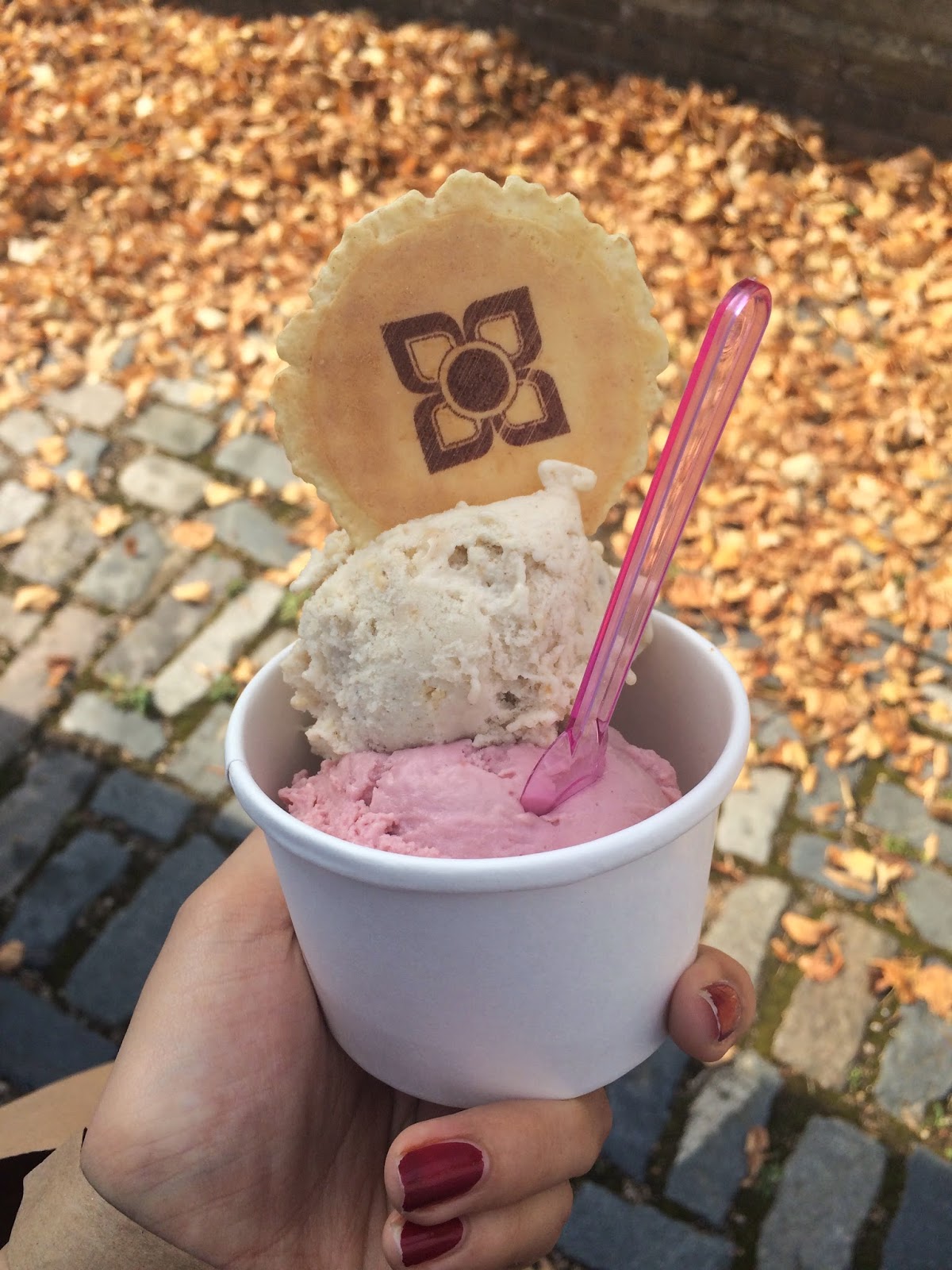 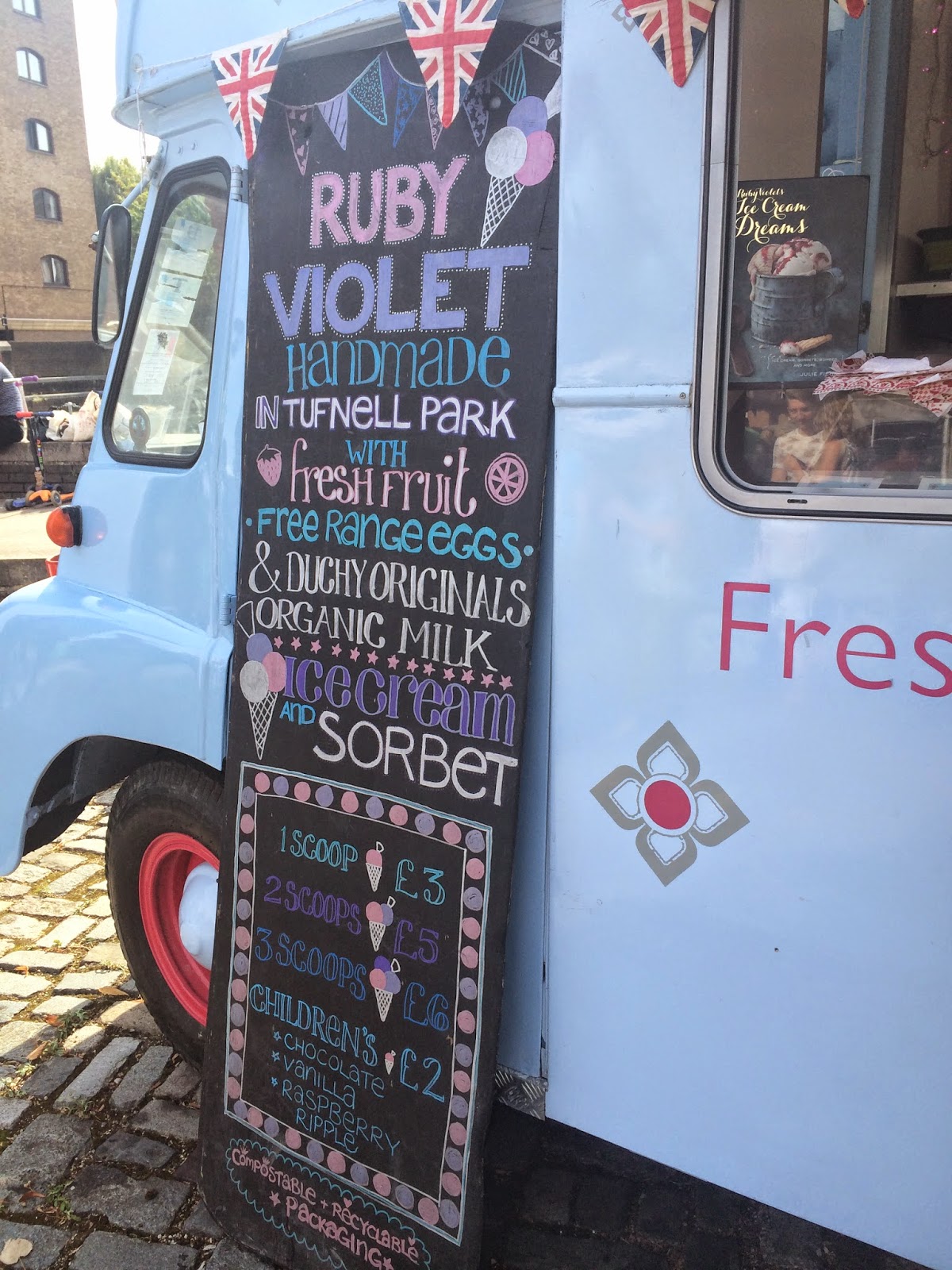 Wapping Market was amazing for a foodie like me, but even my two skeptical companions were converted by the selection and quality on offer. The market is on every Sunday from 10am until 2pm, and I will definitely be heading back down there as a frequent customer.