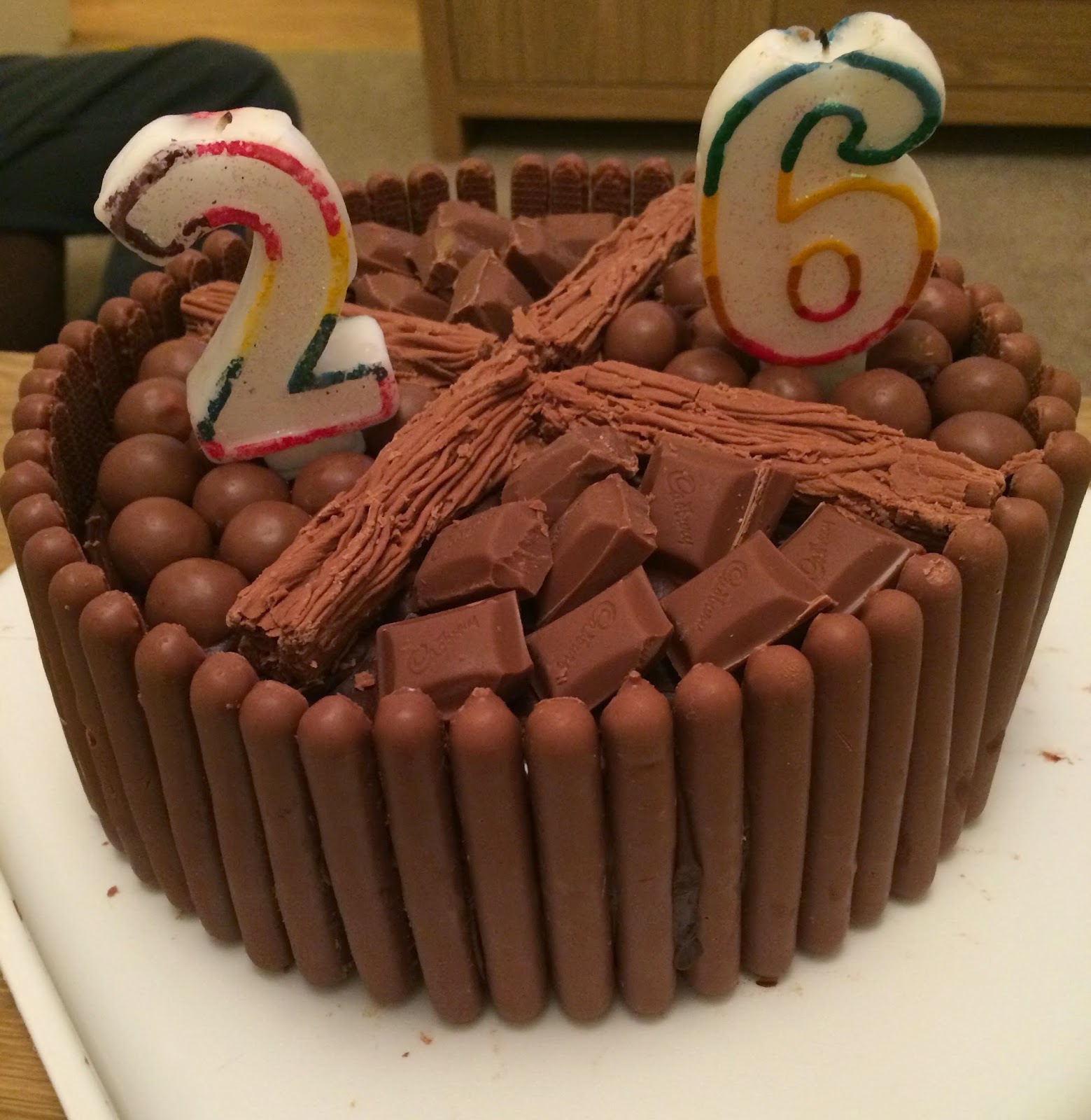 Birthdays just aren’t as exciting as they used to be. As I hurtle towards the next big age milestone, I’m genuinely baffled that I’m actually this age. It hit me the weekend after my birthday, when my baby sister sashayed off to university. There’s nothing that can ram home how long it’s been since I started uni myself, then watching her Facebook timeline become steadily populated with bar crawls and new friends. I sound like a really old lady when I say, it literally feels like yesterday. I cannot believe it’s already been seven years since I met some of my best friends, had some of my biggest laughs (and stresses), and almost seven years since some random tall bald guy appeared in my halls at which time I had no idea of his name, let alone the fact that he would turn out to be my boyfriend of  6+ years!


I’ve had my crazy birthday parties, I’ve had my times of making obscenely long present lists. Now, I just like having a few drinks with friends and going back to my mum’s to spend it with her (as it’s also her birthday on the same day). This year, my friends and I hit up Musical Bingo, which is one of my favourite nights out in London, and I’ve become a bit of a regular. Held at Concrete in Shoreditch (above the delicious Pizza East), we danced and sang and bingo’d to our hearts content, and this time a grand total of four of my friends won prizes and got to go up on stage! I, however, do still hold the world record of most Musical Bingo games played and lost, so I was very excited to see people I know actually winning! 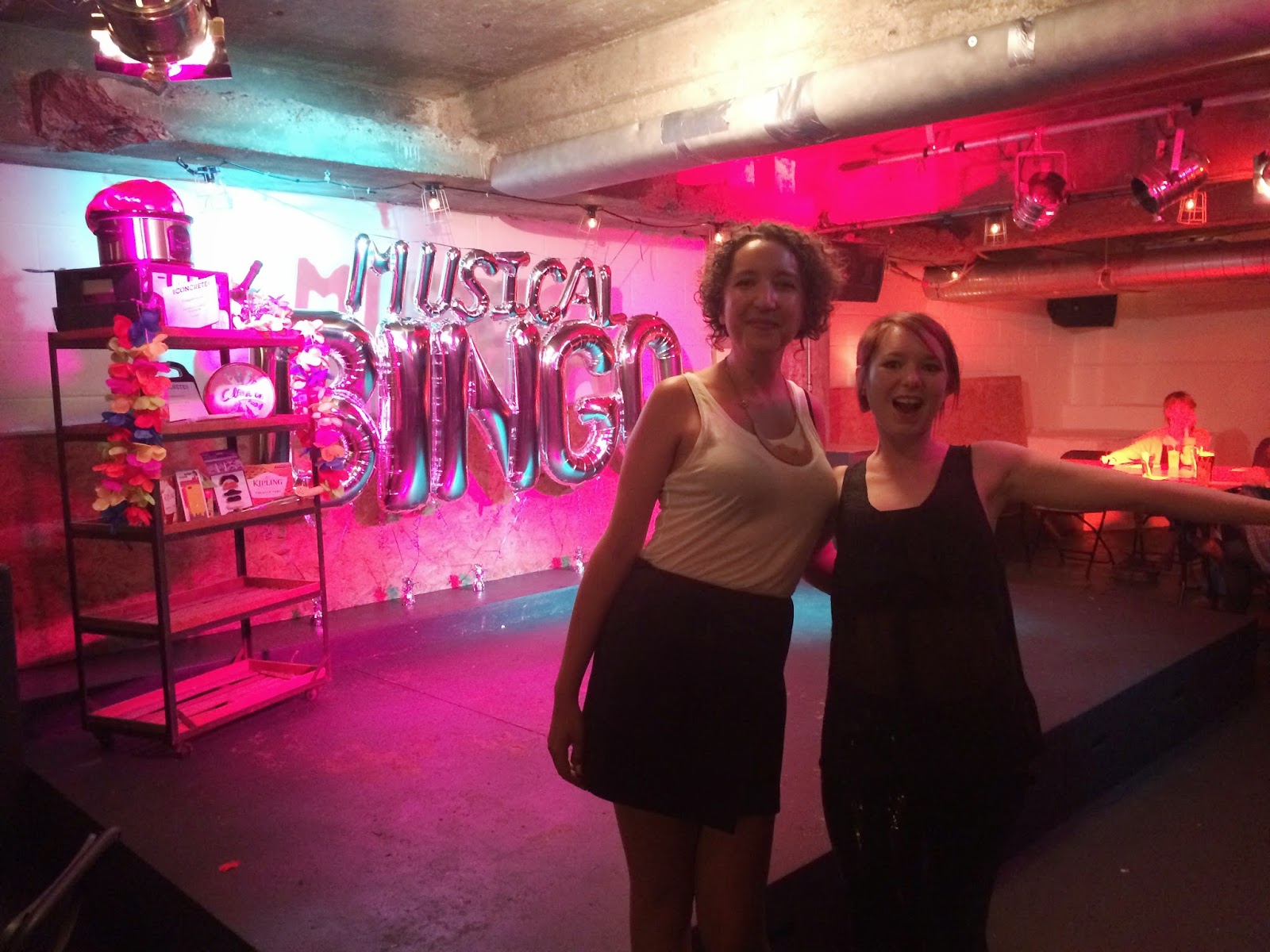 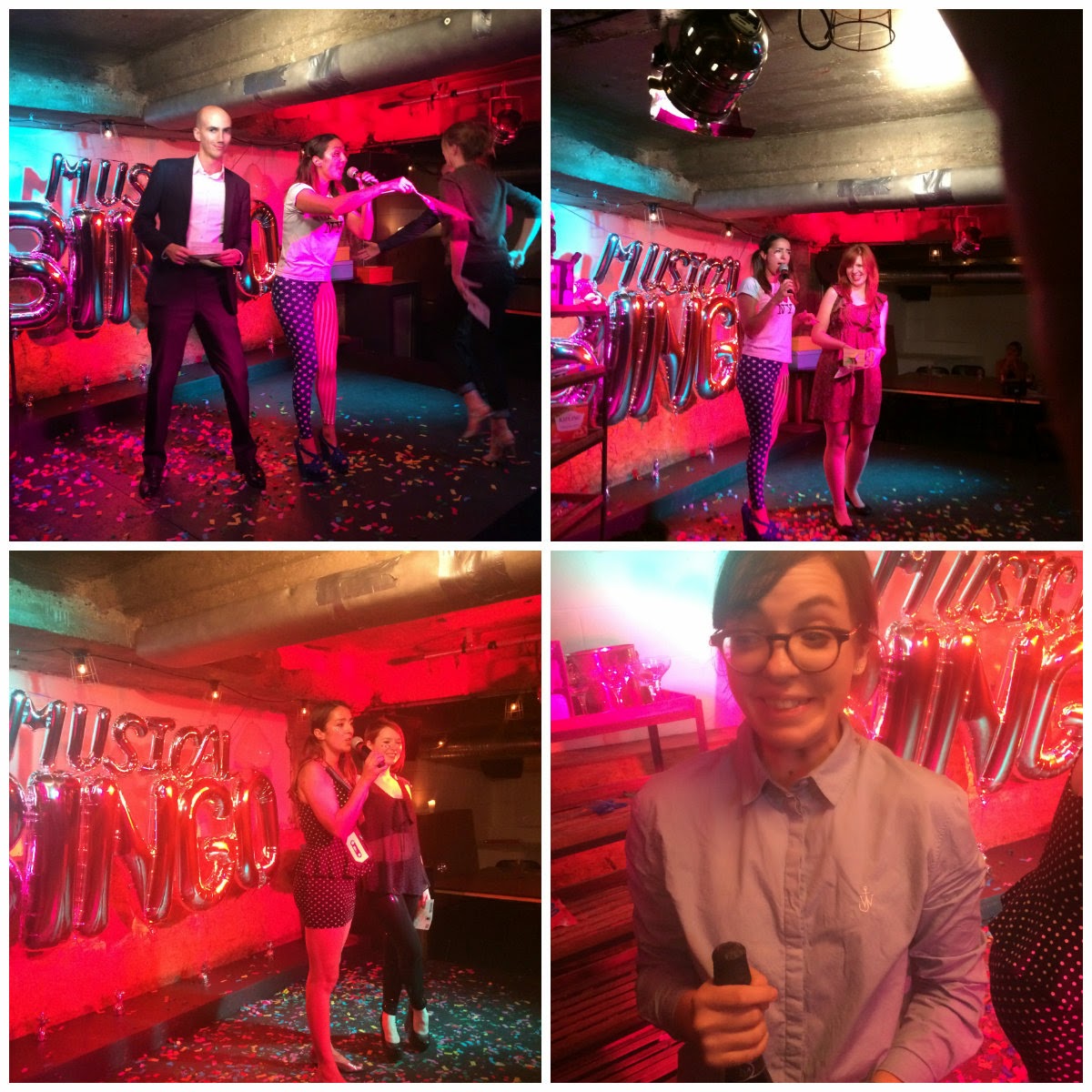 Somethings that I look forward to on every birthday is a homemade cake from my mum and a homemade card from my friend Zoe. The chocolate cake above was marbled inside and covered in my favourite sweet treats, and isn’t this year’s card a stunner? Check out Zoe’s Etsy store, Zoe Fred, for handmade and unique jewellery and homeware too. 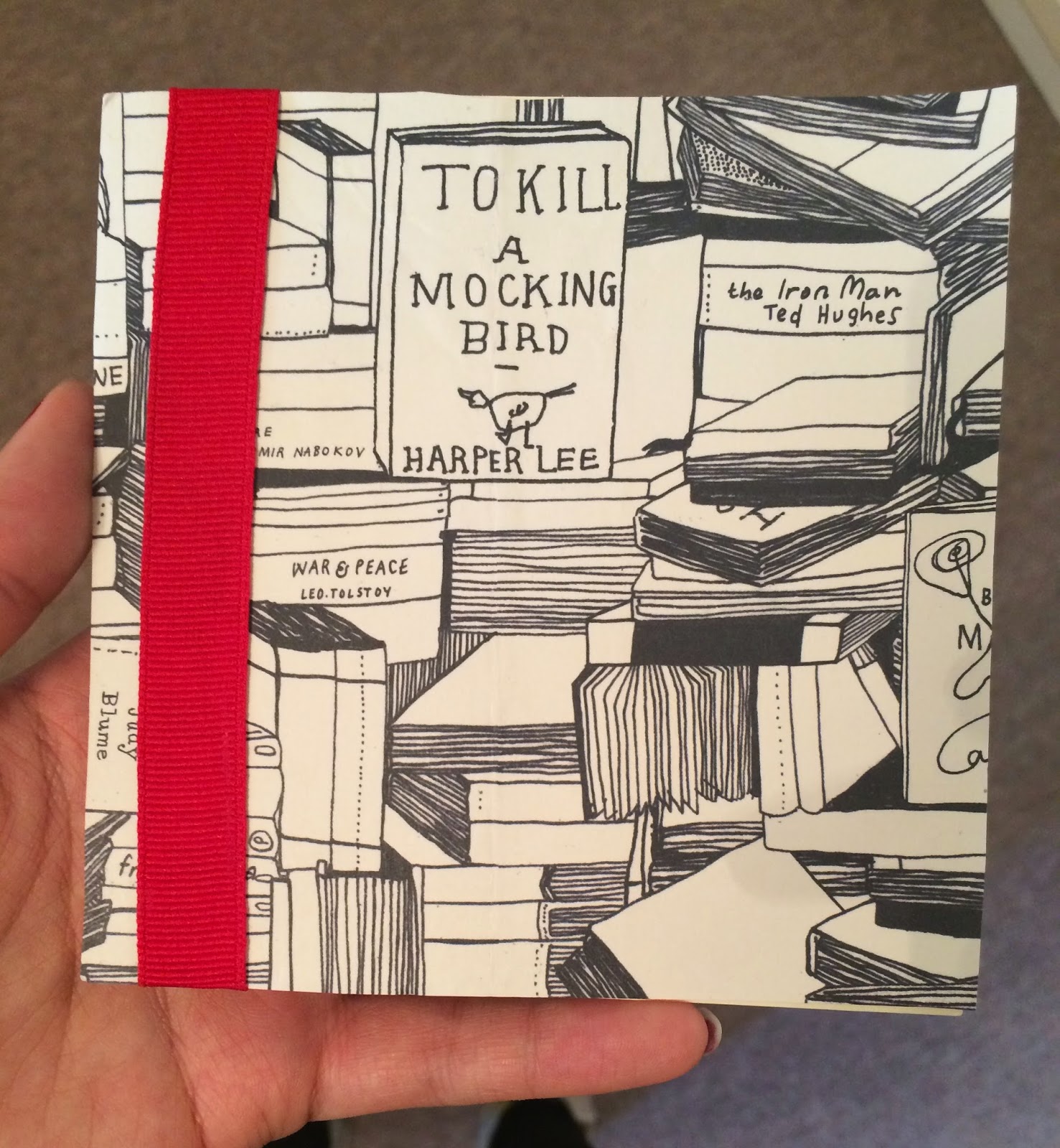 We also have a tradition in the office of getting in cakes when it’s someone’s birthday; always great for a 3pm sugar lull. My fabulous manager headed on down to Hummingbird Bakery in Soho and picked up some incredible cupcakes, which went down very well with my slightly perverted Cumberbatch themed card (I got a similar one last year too, they know me very well!). 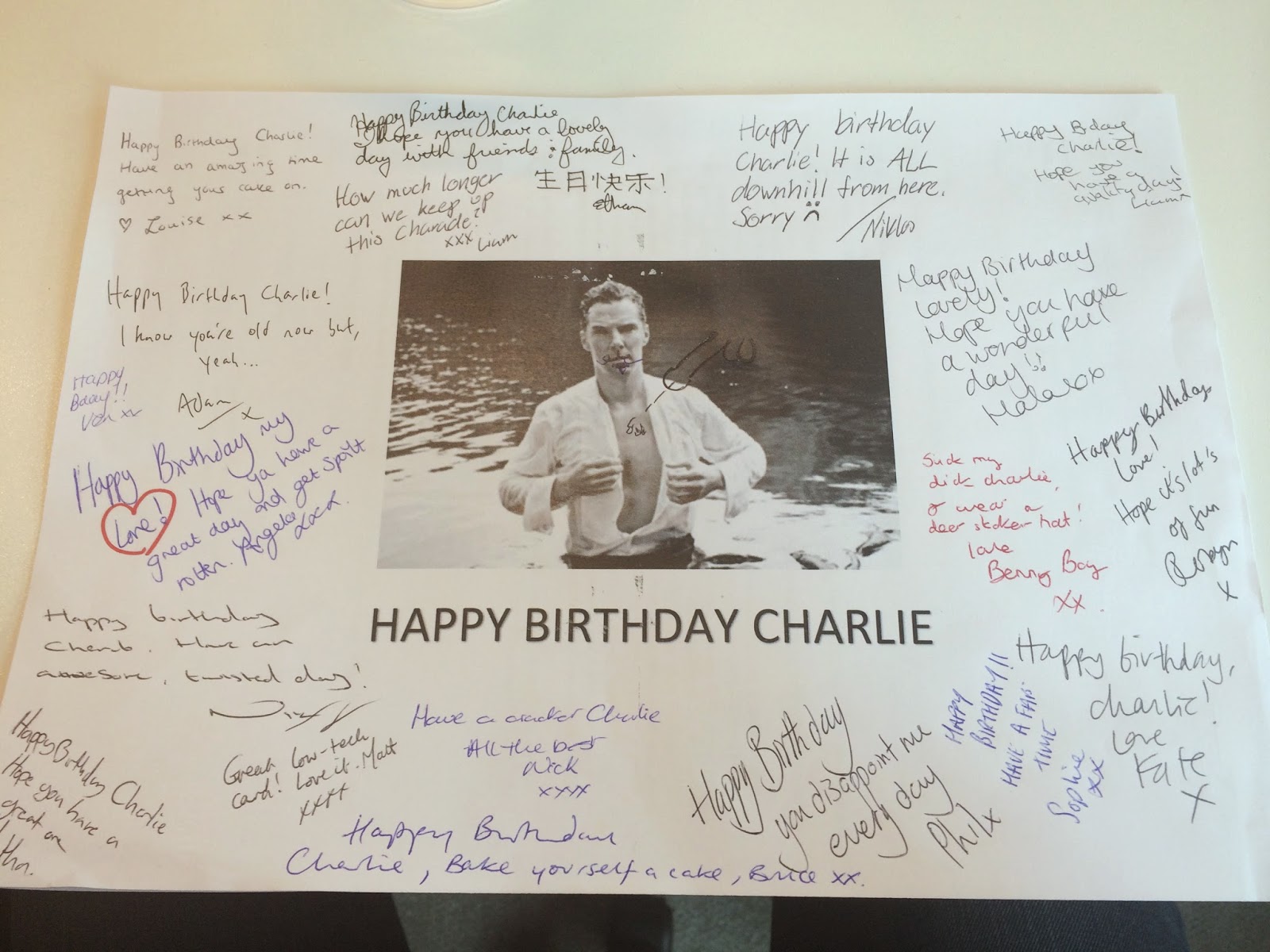 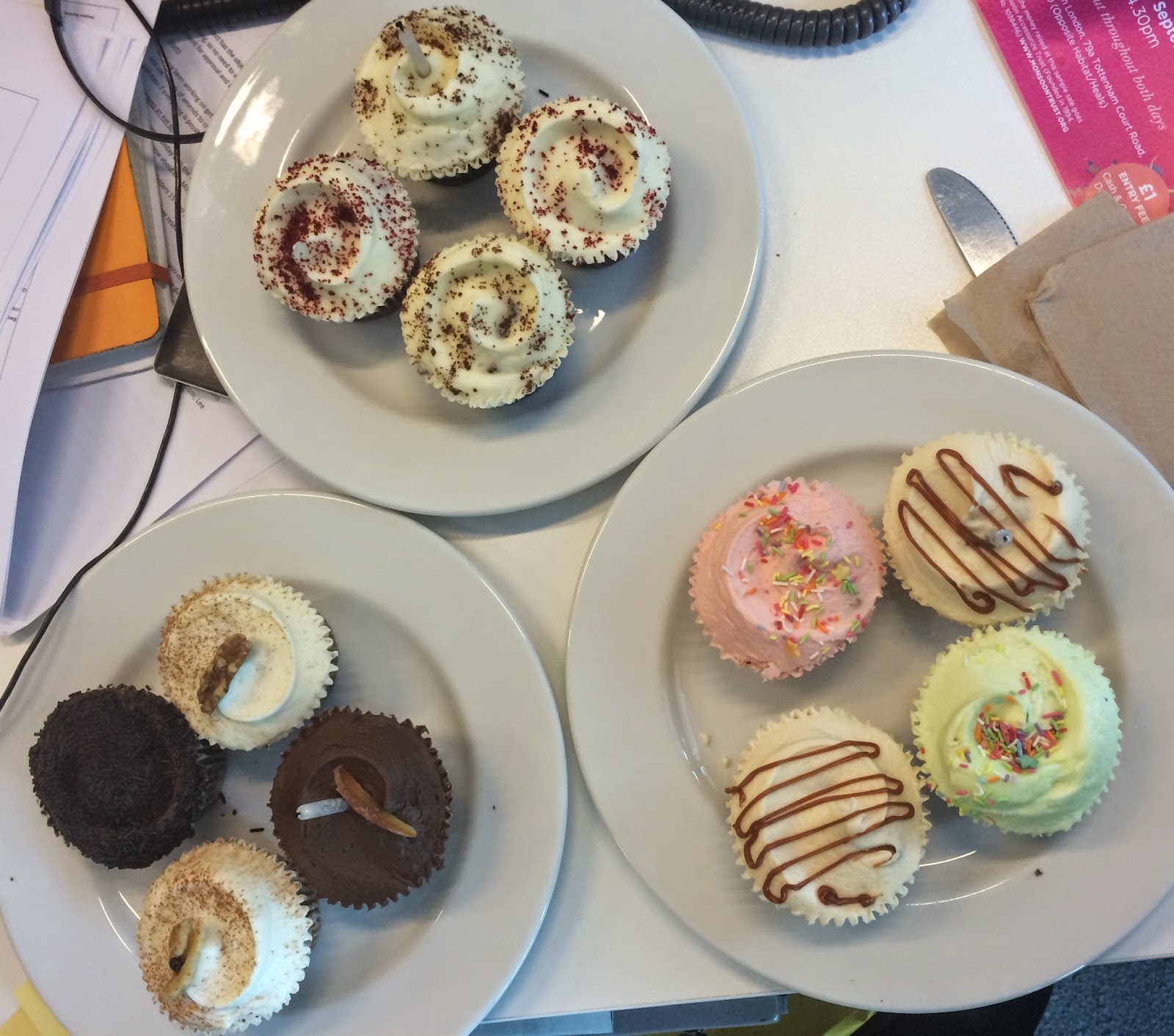 I was very lucky to be spoiled with some gorgeous presents too, including a beautiful cast iron Le Crueset casserole dish, lots of books and jewellery, Harry Potter pyjamas, and a 1kg jar of Nutella. 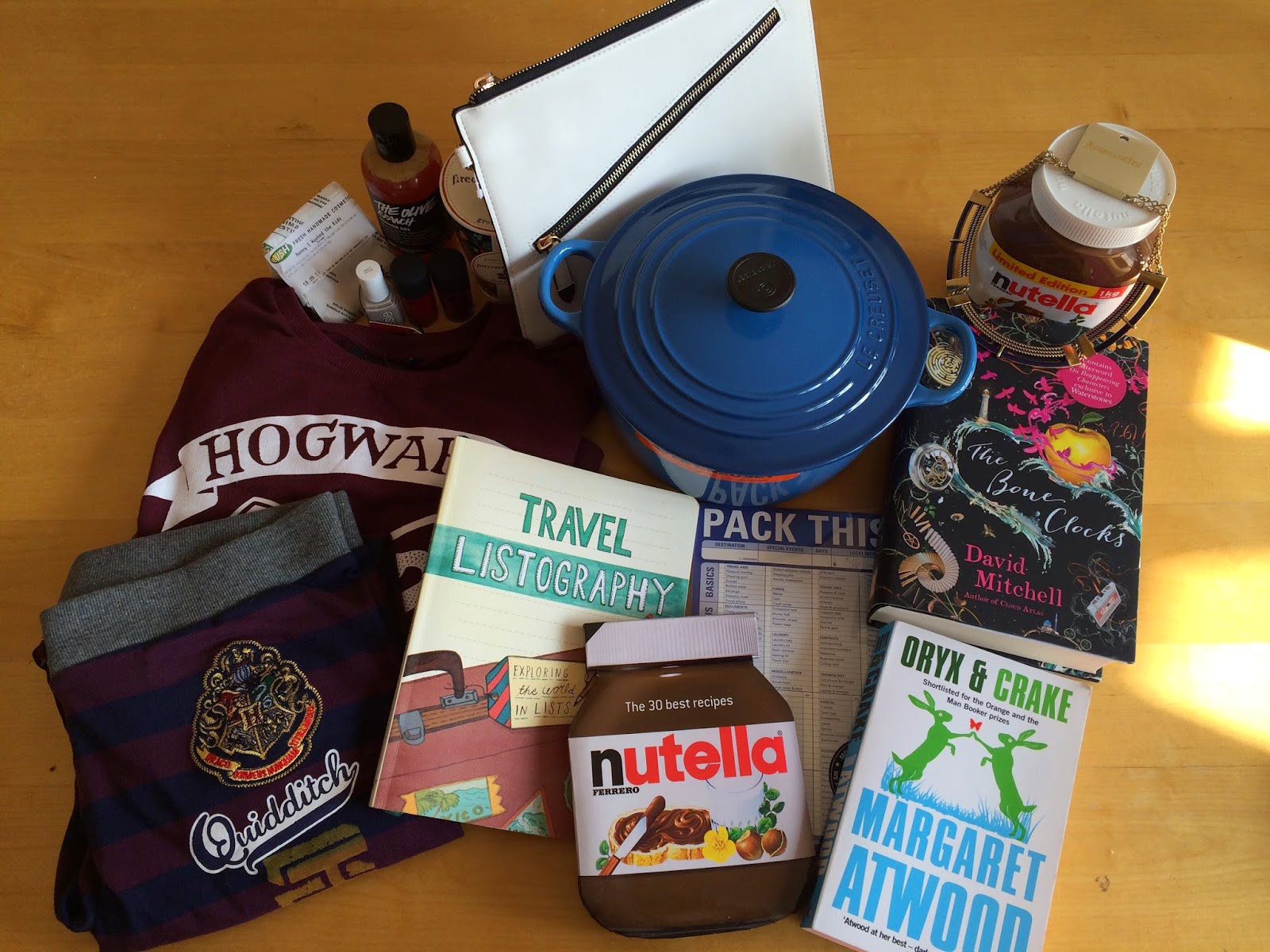 So yes, the years are ticking by and yes, they aren’t as much of an occasion as they once were, but everyone loves a birthday secretly. I’m just not in a rush for my next one!