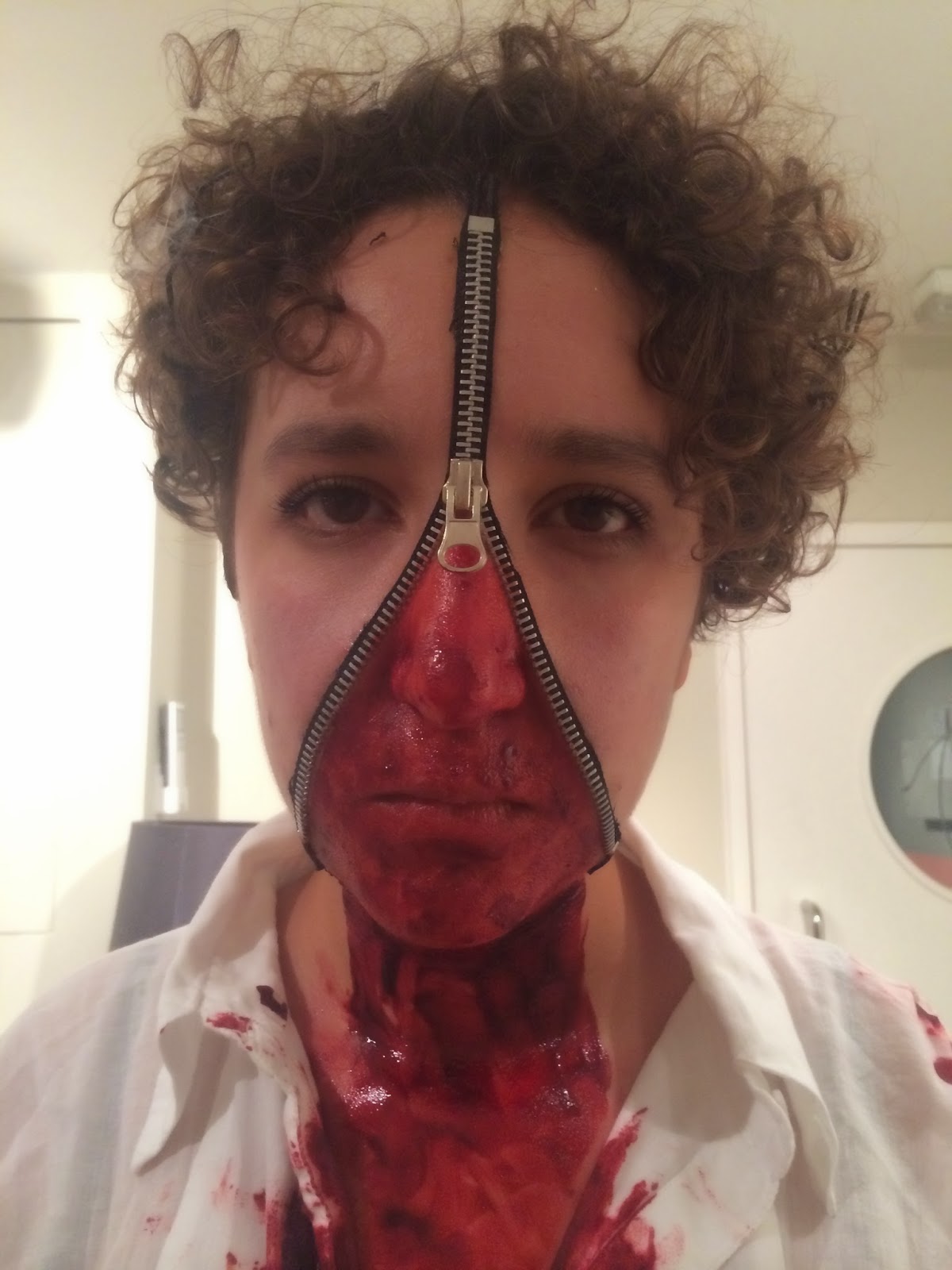 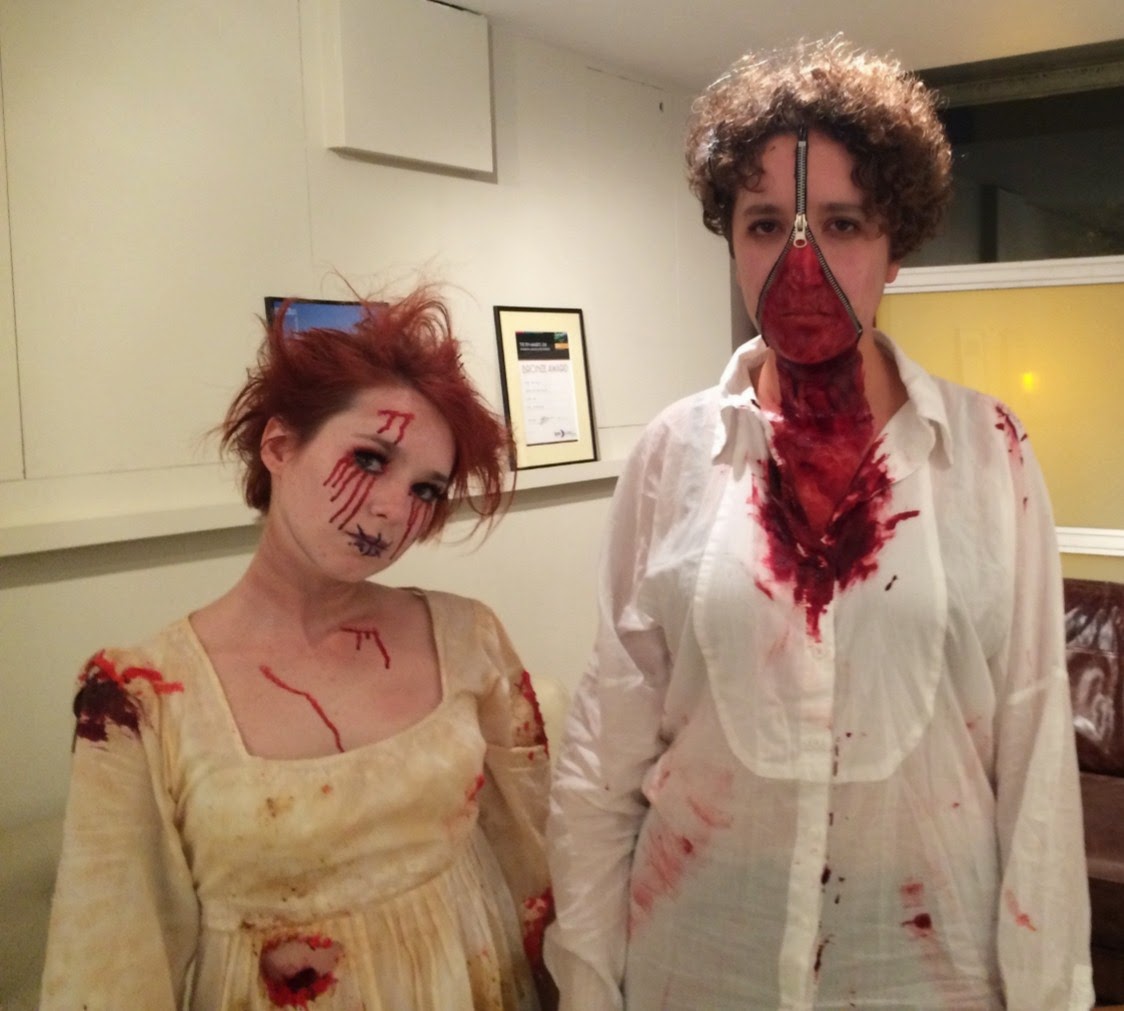 I always get in a bit of a panic when it comes to fancy dress. I’m not particularly artistic but I’m also fiercely competitive and a total perfectionist so I get frustrated if I can’t figure out something to wear! I braved the insanity of a Soho fancy dress shop yesterday where there was a queue snaking down the street and people literally panic buying fake blood. You’ve never known crazy until you hear a woman frantically shouting across a packed store, “I JUST NEED A NUN’S OUTFIT!”

Anyway, my outfit was ‘Zip Face’ and I bought a ‘zipper face kit’ from Amazon for under a fiver (although they’ve ramped up the prices closer to Halloween). As you can see it was pretty realistic! I wasn’t expecting to look quite so disgusting and the reactions I got from people really proved that I wasn’t a pretty sight! The zip was relatively easy to apply as it came with special glue to attach it and it stayed on well into the night, although it was so itchy, as you can see from the photo below! I then just added a ton of fake blood to the space and dabbed at it with my fingers to make it look more scabby. Obviously the face was very OTT and I was going to wear fake lashes but it seemed a bit much (plus I was having issues applying them as I’ve never worn them before), so I kept my outfit really simple. Just an oversized shirt and more fake blood. Super simple, massively effective! It was a bit strange having strangers ask if they could take my photo but it was all worth it as I won the title of ‘Most Horrific’ at Musical Bingo’s Halloween Ball and go a trophy and everything! Our team rocked the awards part, with my friend also winning ‘Best Make-Up’ for his handmade deformed skin. 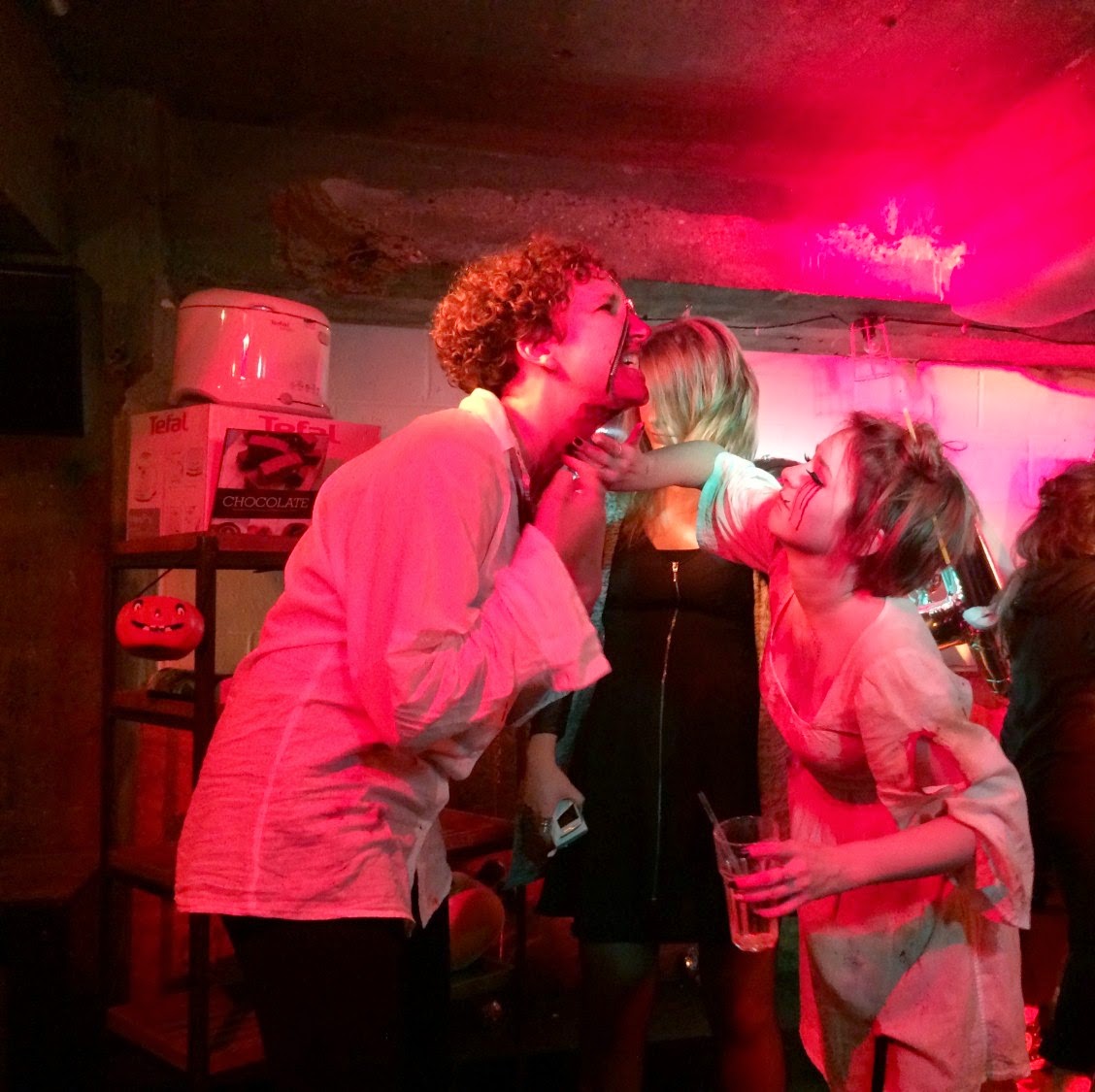 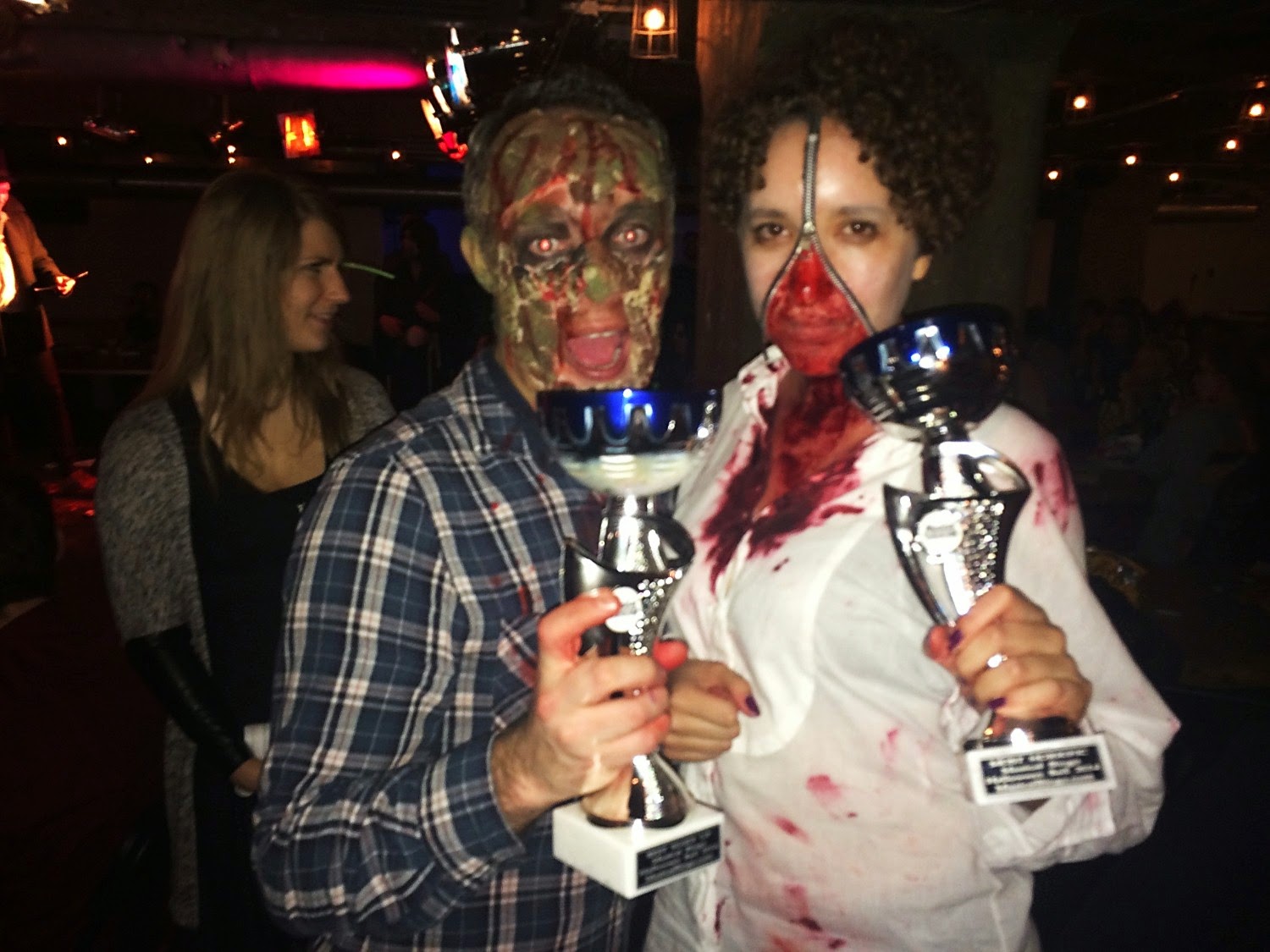 Ah, Musical Bingo. If you know me at all you’ll know that I have a total love affair with the place! It’s just the most fun night out, with singing and dancing and drinks and general stupidity. I’m now considered a ‘regular’ which probably shows just how deep my love for the whole night actually is. The guys who run it always have the best time too which only goes to encourage me to dance more. Probably on the stage too. Check out their website for upcoming dates and I’ll probably see you there! 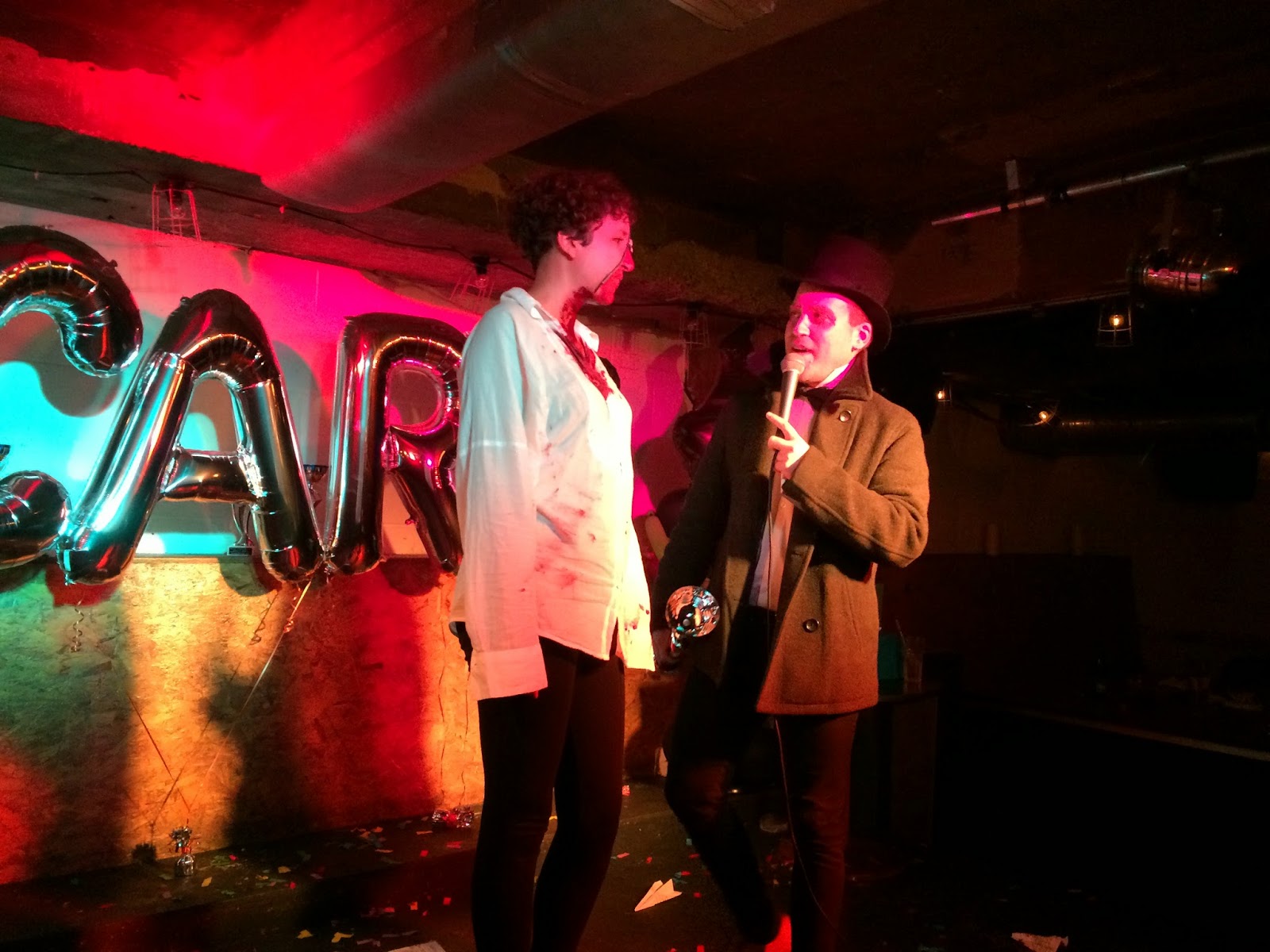 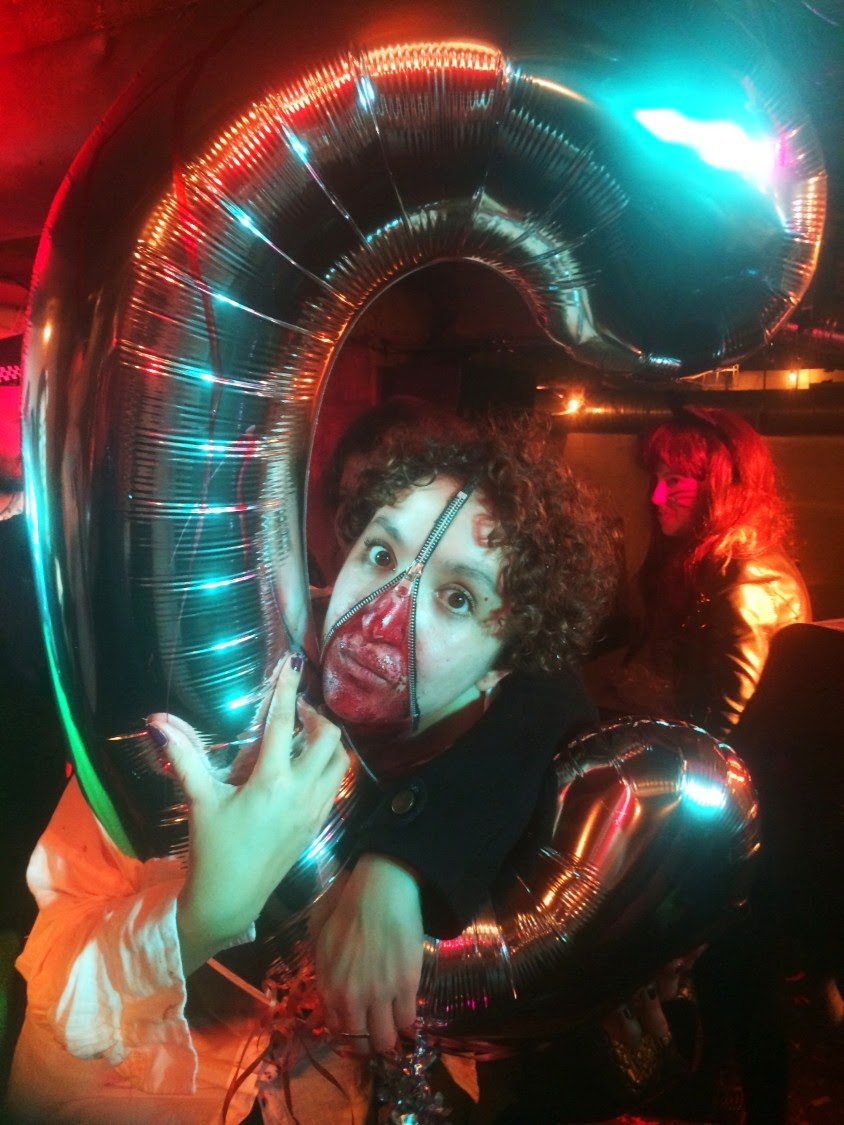 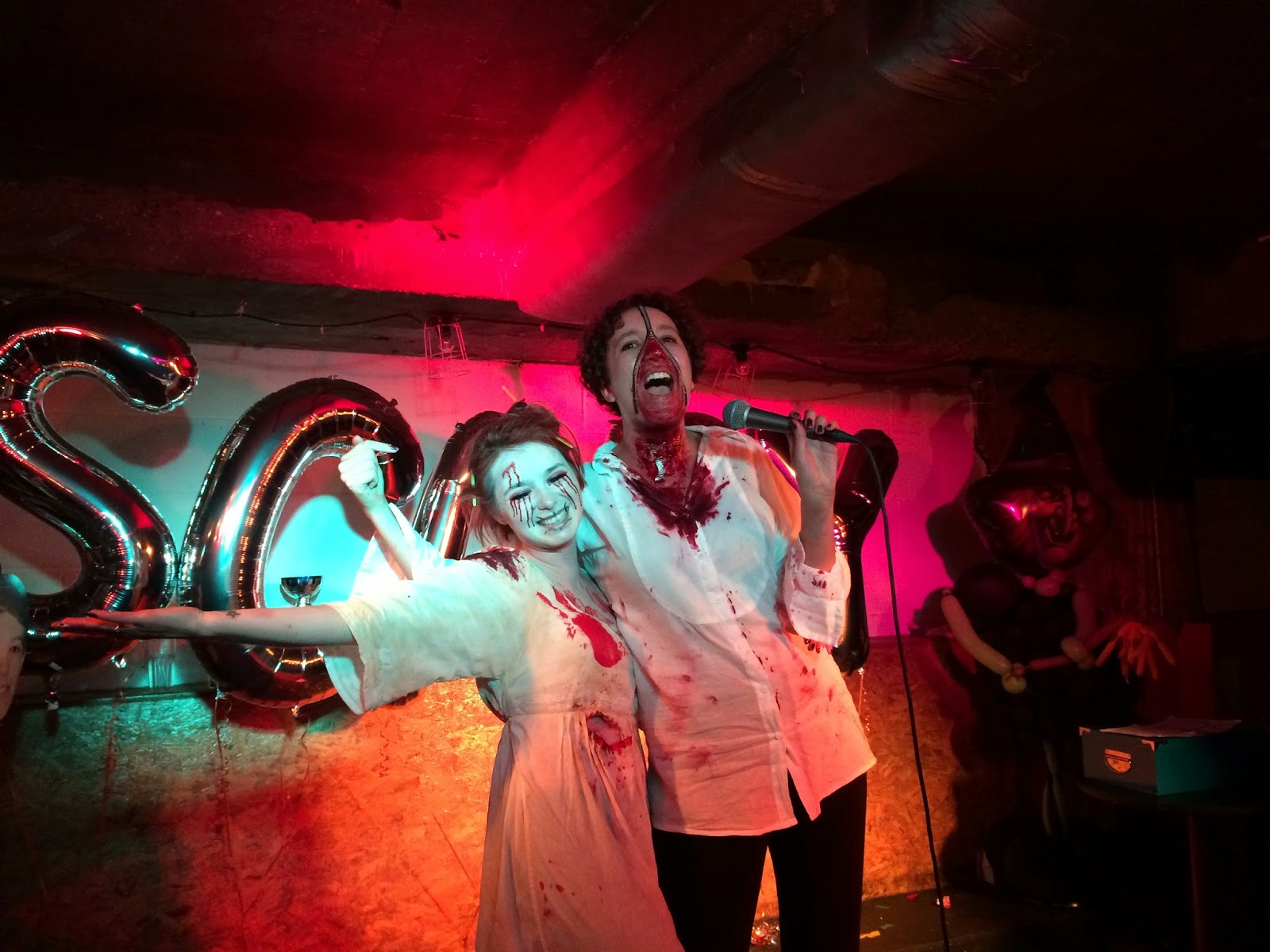 Some photos here are courtesy of birthday girl and dead doll in the pics, AJ at Writer’s Block and Broken Lenses