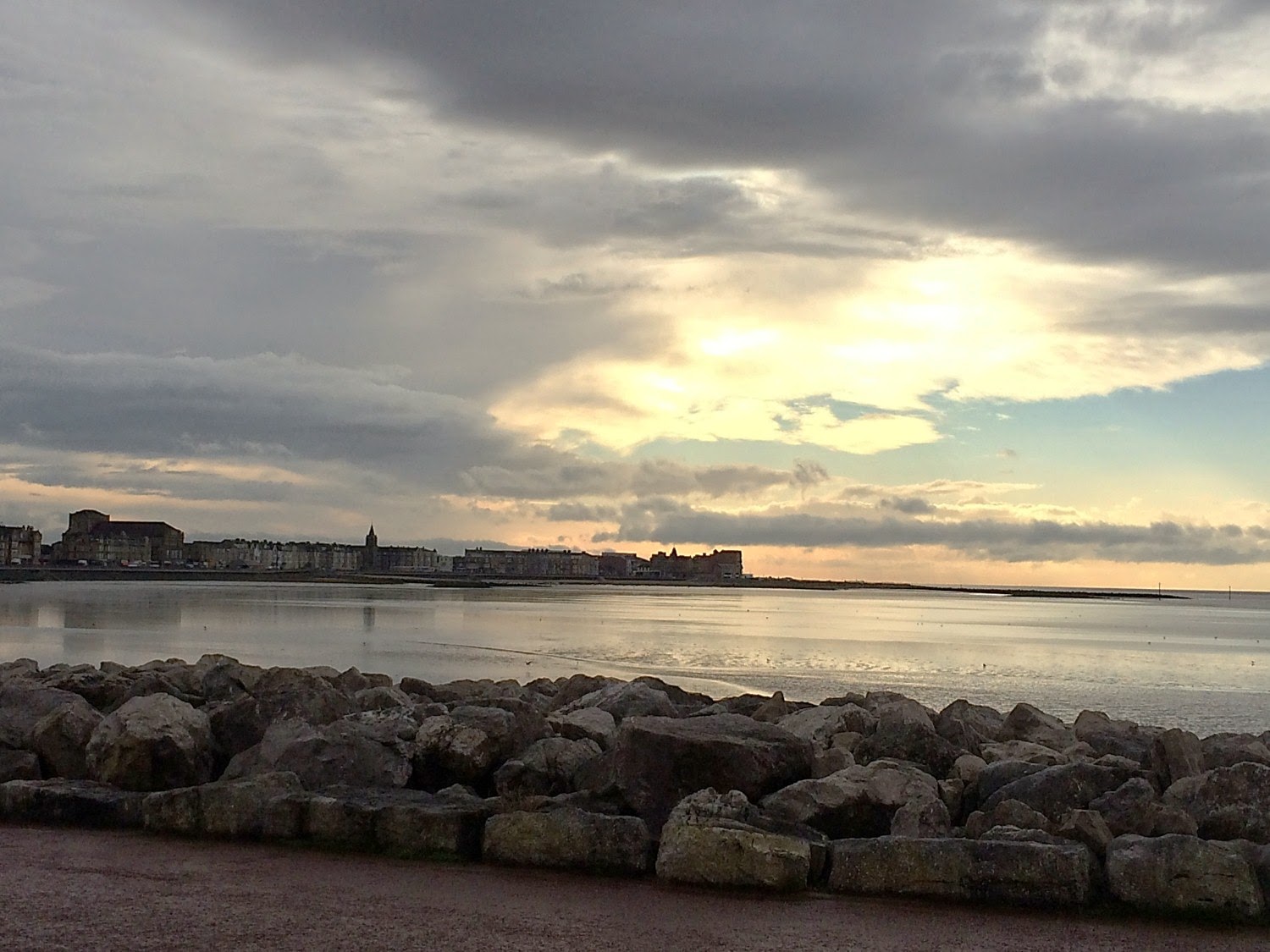 I had every intention of visiting my little sister in Lancaster and writing a nice post about my trip to the city and taking pictures of quaint buildings and shops, but this didn’t work out for two reasons:
1) My sister hasn’t lived there long enough to know where all the good stuff is;
2) The city is tiny and needs some expert knowledge to hunt out the gems
The only photos are took were of a fireworks display and a menu in a cafe where a full English breakfast was advertised for only £2.95 (for those of you who don’t live in London, this is OBSCENELY cheap). Only 15 minutes drive from Lancaster though is Morecambe, a small seaside town best known for its most famous son, Eric Morecambe (whose stage name gave a salute to his home).

My family and I are no strangers to English seaside resorts, with the majority of my childhood holidays being in a caravan on some coast somewhere. Margate, Bognor, Bournemouth, Bridlington, Poole – we’ve seen them all, and never struggled to find something to do or felt bored (travel Scrabble always helps with the latter anyway). But Morecambe defeated us. Expecting quaint tea shops, a promenade with fish and chips or at the very least somewhere to sit and look at the sea, we were pretty disappointed. Morecambe is a very strange place with not very much to see, save for a giant tube of Polos that has no explanation to it that I can find online! It lacks the charm of a stereotypical British seaside and instead feels incredibly industrial and bleak. I don’t mind being cold at the seaside, but when there’s nothing else to do there isn’t much to take your mind off of being FREEZING. 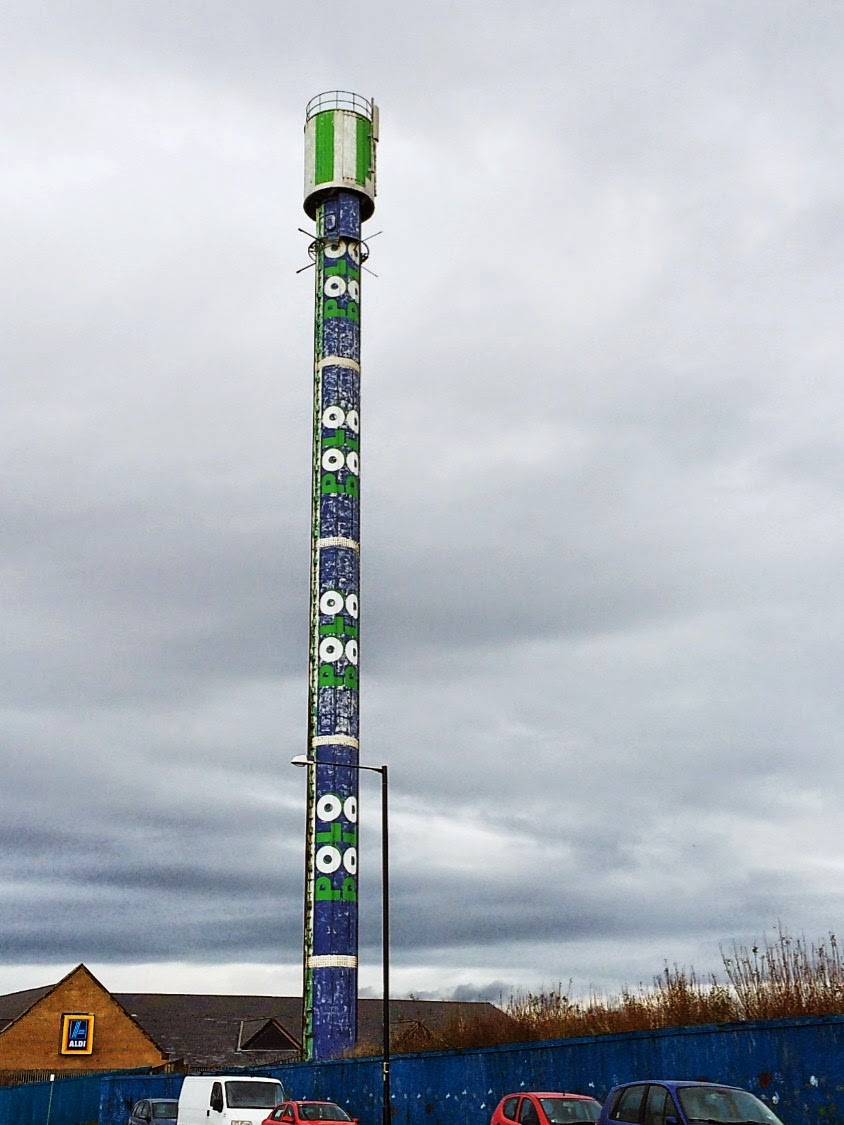 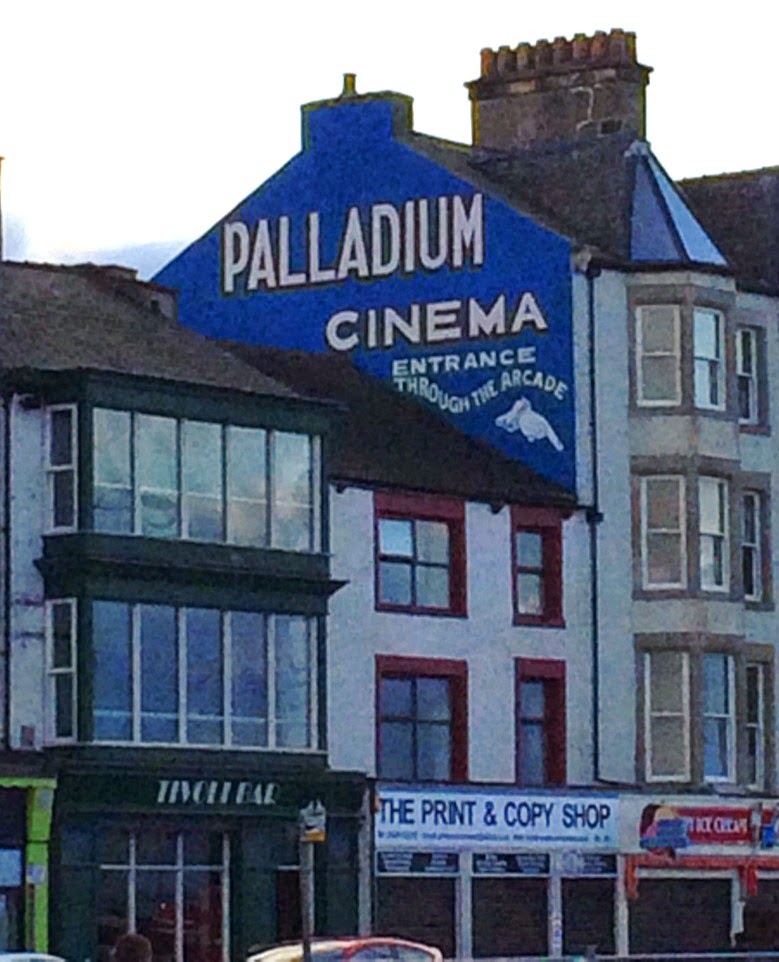 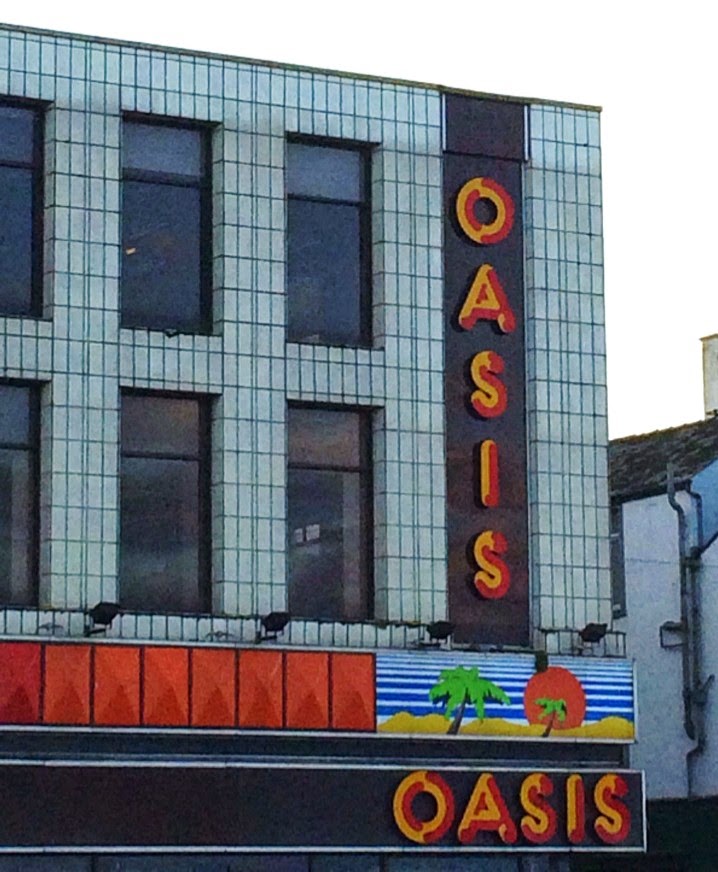 The one thing that drew us to Morecambe was the opportunity to see the statue of Eric Morecambe, however when we arrived we found out it had been vandalised and removed for repair. Cue more disappointment. Luckily, the statue (or where it should stand) is surrounded by famous quotes from Morecambe himself, and lists of the famous people that appeared on Morecambe and Wise over the years. We were very excited to find my family’s favourite quote; it’s from a sketch where Eric looks out of the bedroom window and sees an ambulance drive past. Quick as a flash he says, “He’ll never sell any ice creams going at that speed!” As the statue itself was missing, we did our own recreation, and hopefully we’ll be able to see it once it is reinstated. The steps up to the statue have the lyrics from ‘Bring Me Sunshine‘ engraved on them too which obviously led to an impromptu singing performance! 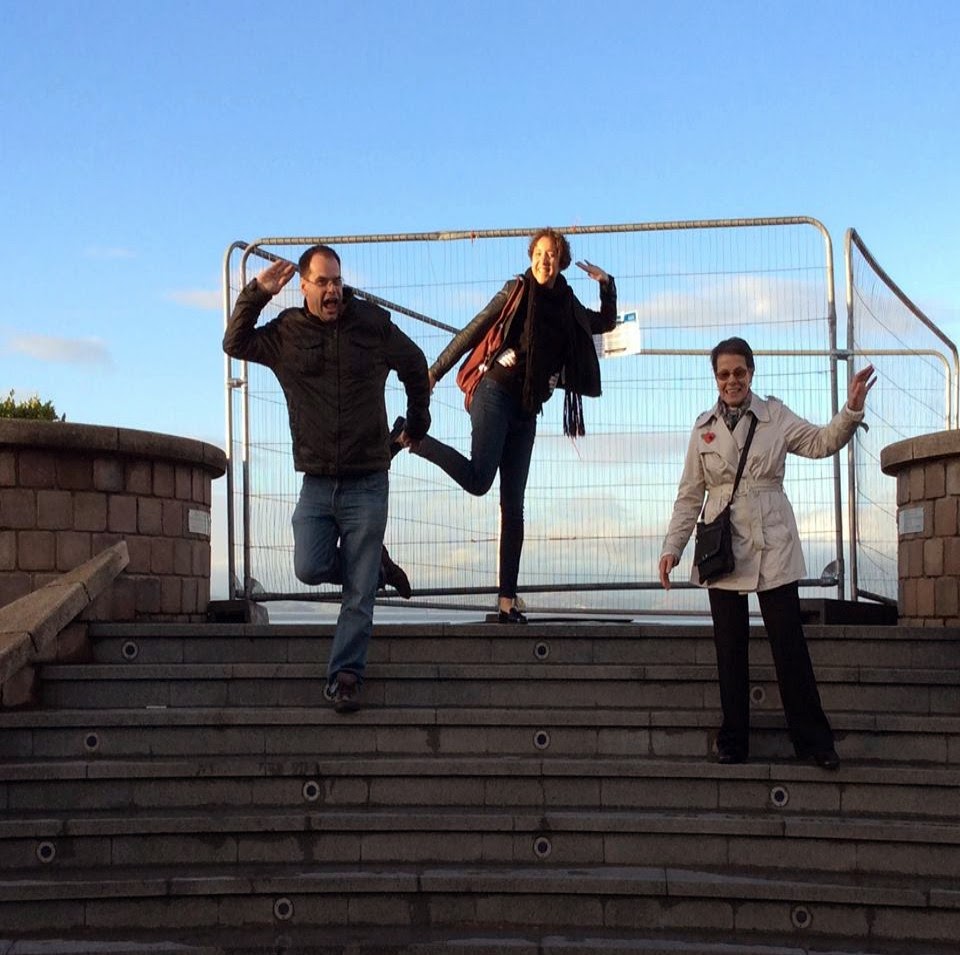 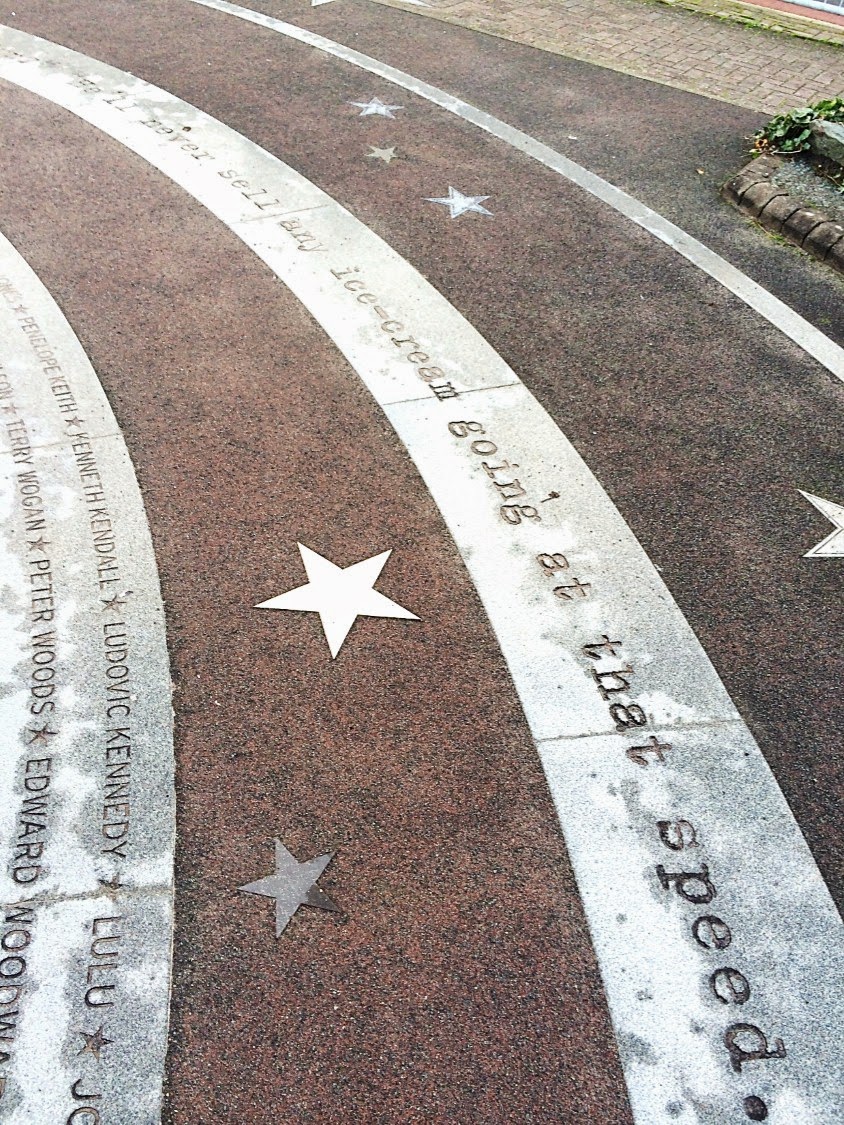 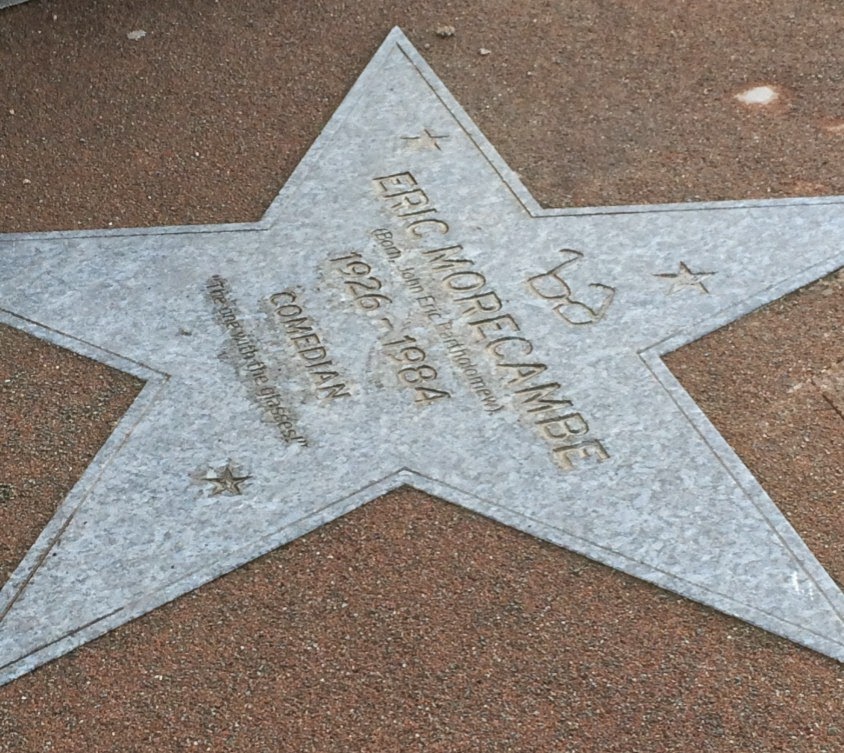 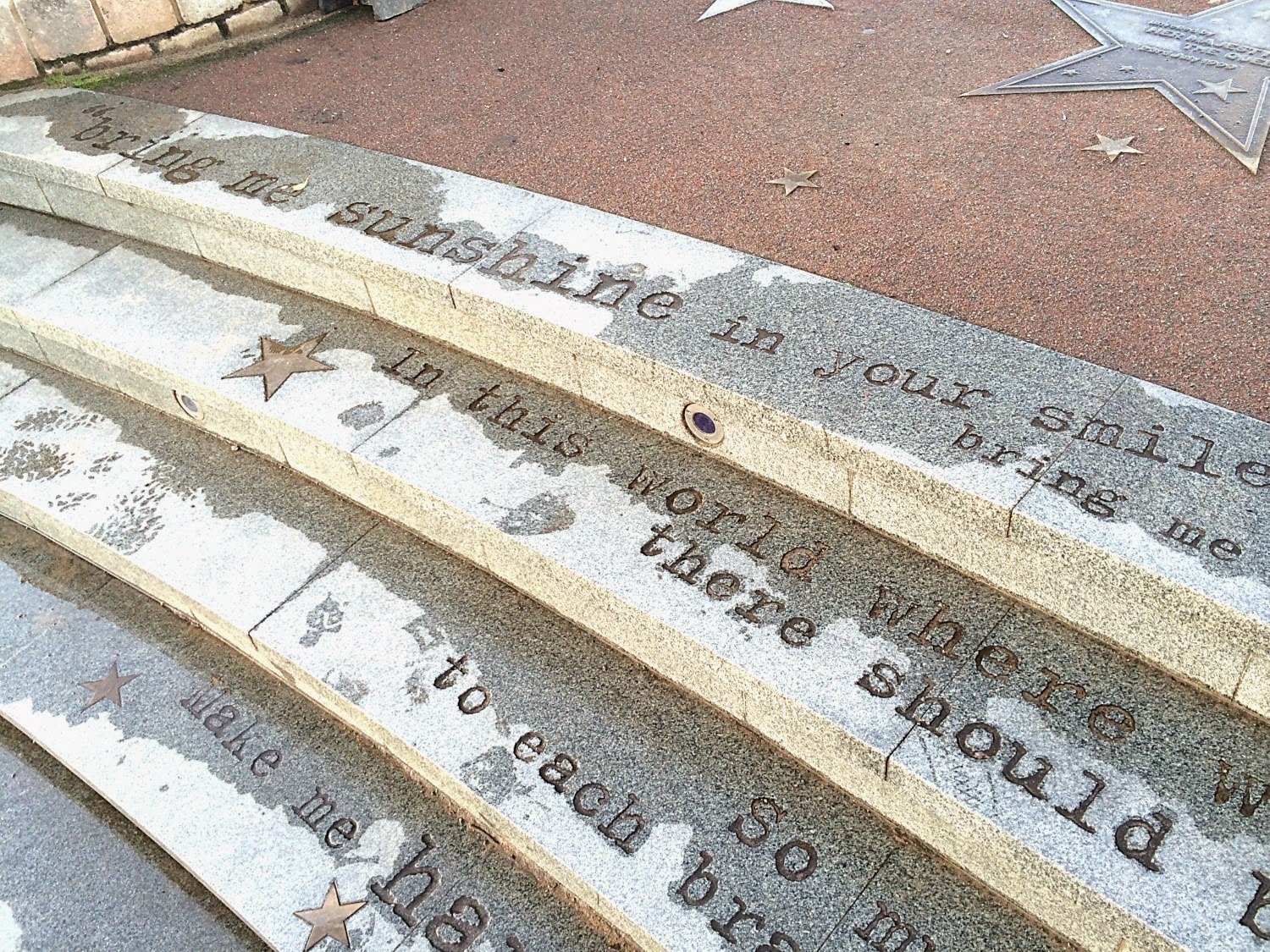 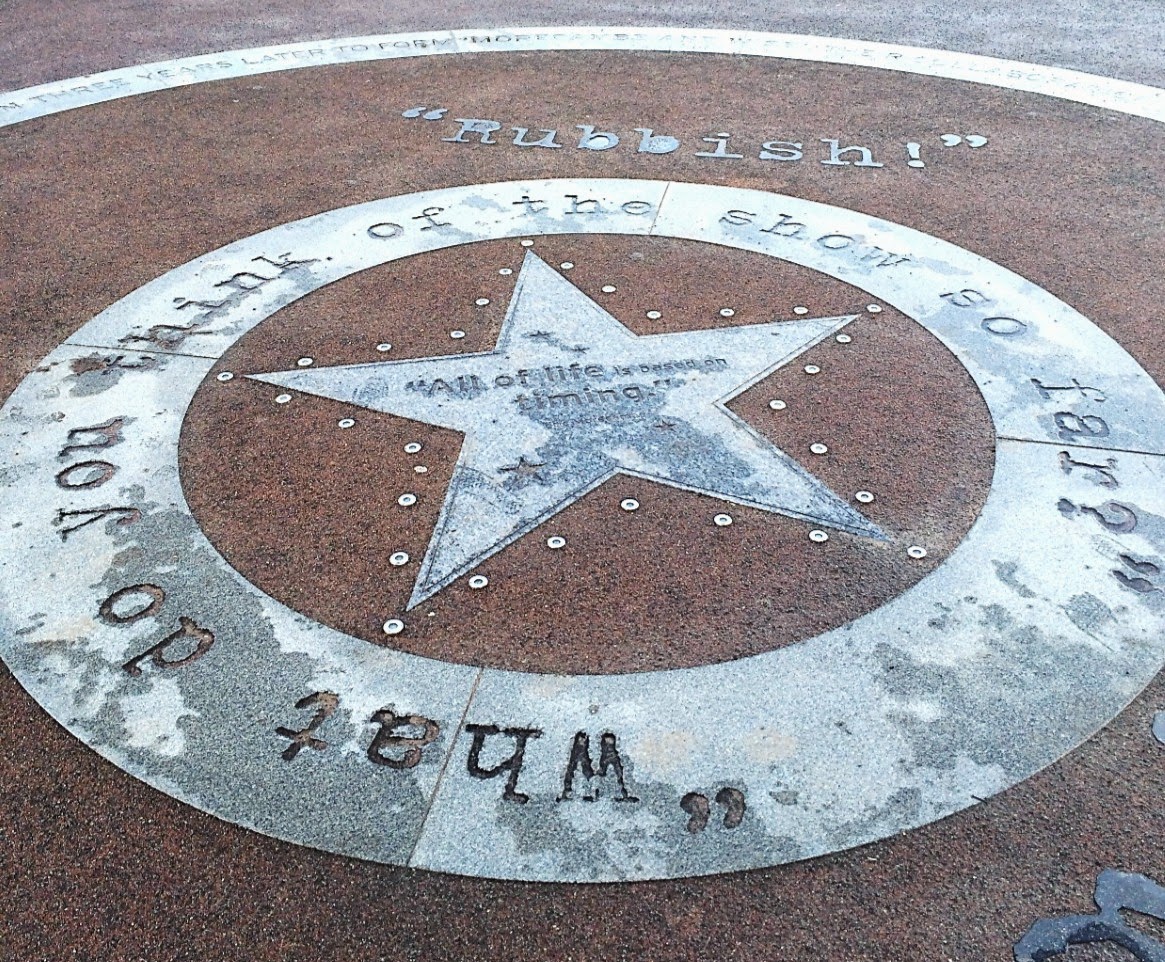 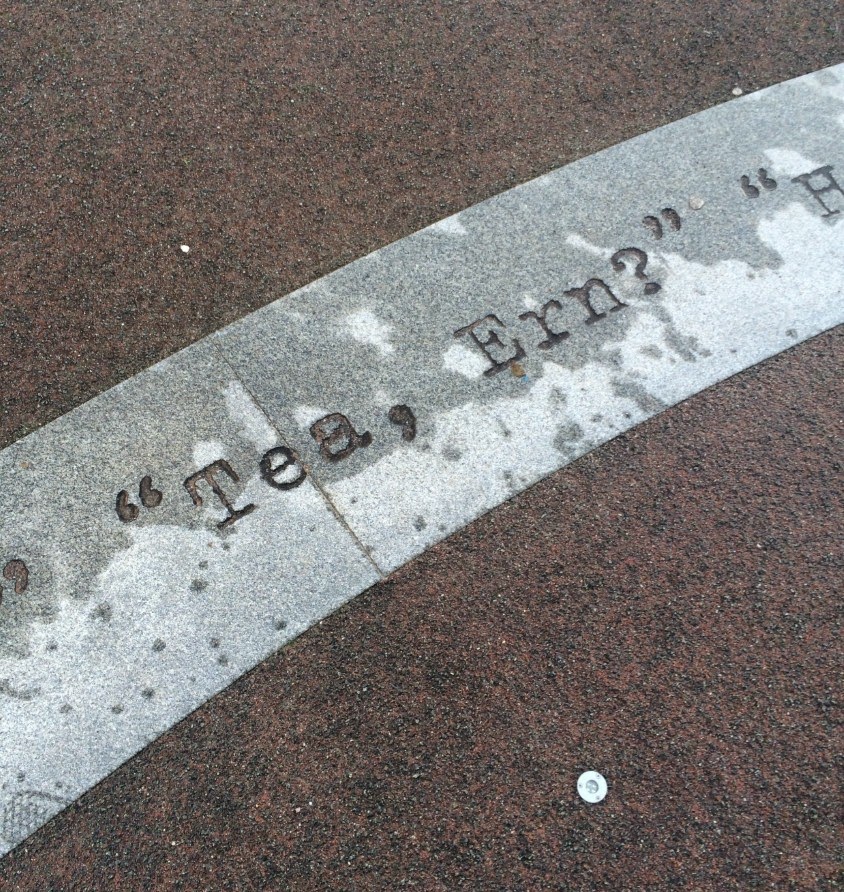 The views looking to the Lake District are stunning and the town’s comedic history is strong enough to pull me there, but Morecambe really is dull. It might be much more appealing in the sunshine when you can sit on the beach, but I’ll be trying to get to know Lancaster better next time I’m in the area instead! For your enjoyment (and education if you’ve never seen it), here is the quote I mentioned above. I think that even after all these decades, it’s still absolutely hilarious!