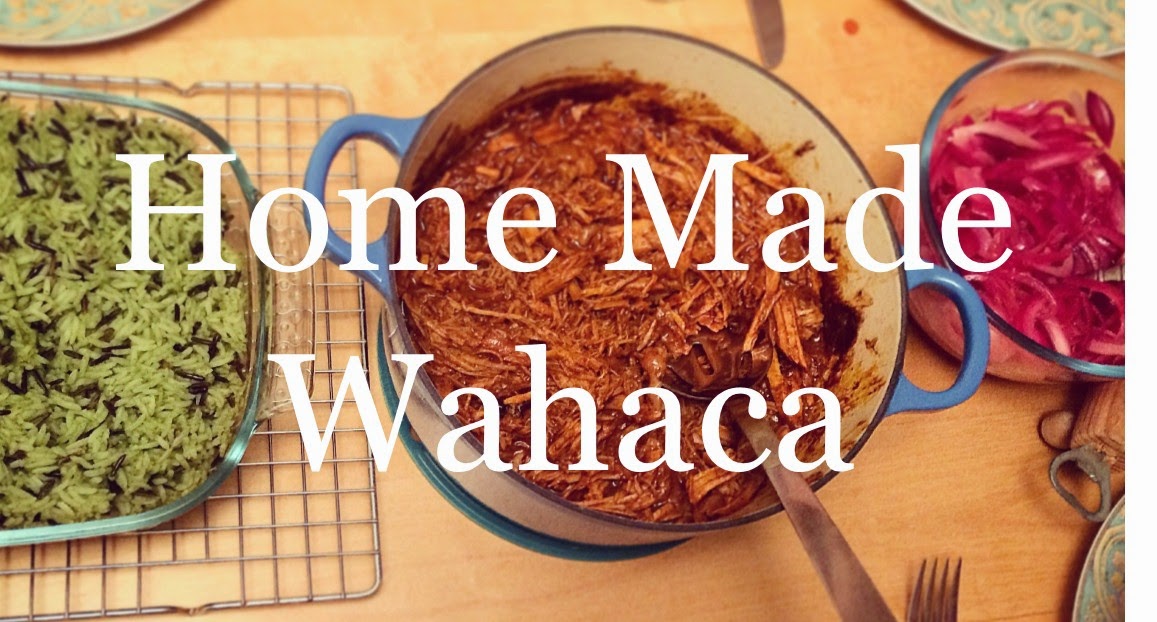 It’s not very often that I get to make an extravagant three course meal. I mean, you need good reason to splash out like that, and hours in the kitchen is only worth it if you have people coming over who will really appreciate the hard work you put in. I couldn’t have asked for better guinea pigs than the lovely Pink Julep and her fabulous husband! I got the Wahaca cookbook a couple of birthdays ago and I’ve only made a handful of things in there as most of the recipes require either a lot of prep time or some hard-to-find ingredients.

This time I made a starter and main from the book, and a dessert I found on one of my favourite food blogs, The Pink Whisk. On the menu was:

The slow baked feta was super simple, and just required some fresh oregano and thyme sprinkled over the feta, with some chilli for heat and olive oil to help the melting process. I put it in a small Le Crueset casserole dish and had it out of the oven as our guests arrived, ready for dipping with tortilla chips, sour cream and guacamole. I completely forgot to take a photo of this, but rest assured, it was delicious.

I have actually made the Mexican Cheese Fondue before. Like everything I made that evening, it was a case of plonking the dish in the middle of the table and letting everyone help themselves. I warmed some flour tortillas for dipping purposes and we dug in! I had the supermarket thinly slice the chorizo for me, but actually, I’d recommend cutting it into bigger chunks for easier sharing. 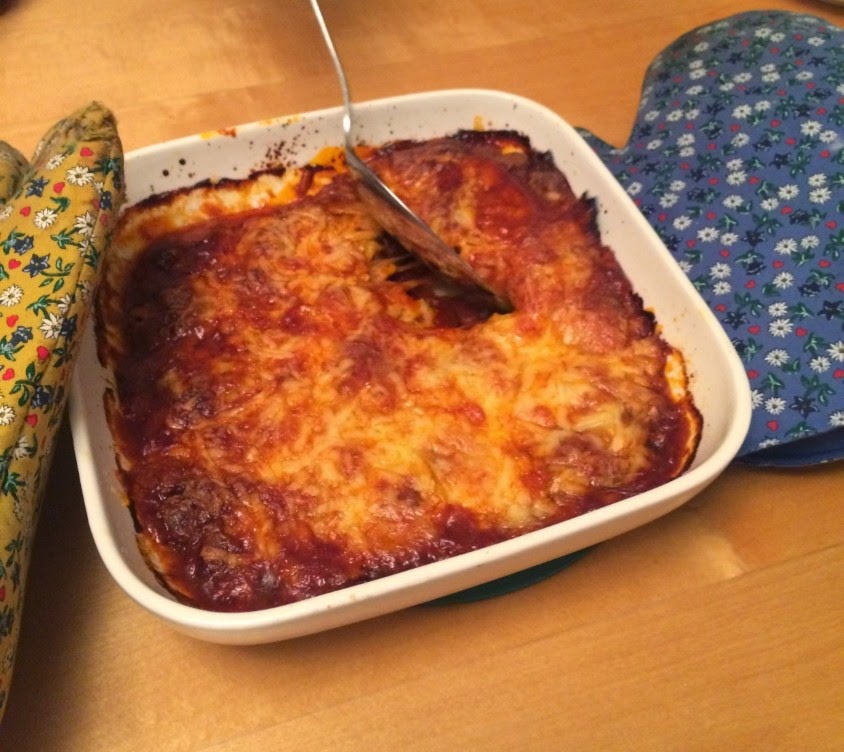 The pork pibil took a lot of advance preparing. I had to hunt down achiote paste which I’d never heard of before, but managed to find it in the little Wahaca owned store next to their Charlotte St branch. It’s a great find for some lesser known Mexican ingredients, so I’ll be popping back soon! The recipe called for pork neck, but as Waitrose didn’t have any, I settled for pork belly and I don’t think it made a huge amount of difference. I marinaded it over night and then it was slow cooked in the oven for five hours. I may have gone a little overboard with the habenero chillies but luckily there was plenty of wine to cool us down! 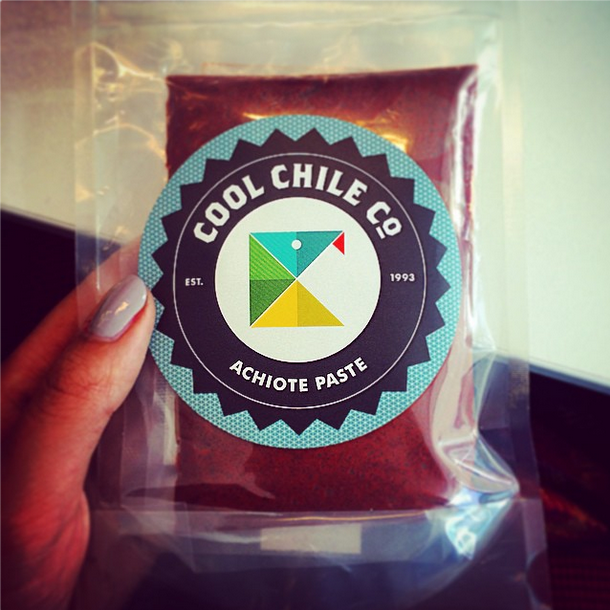 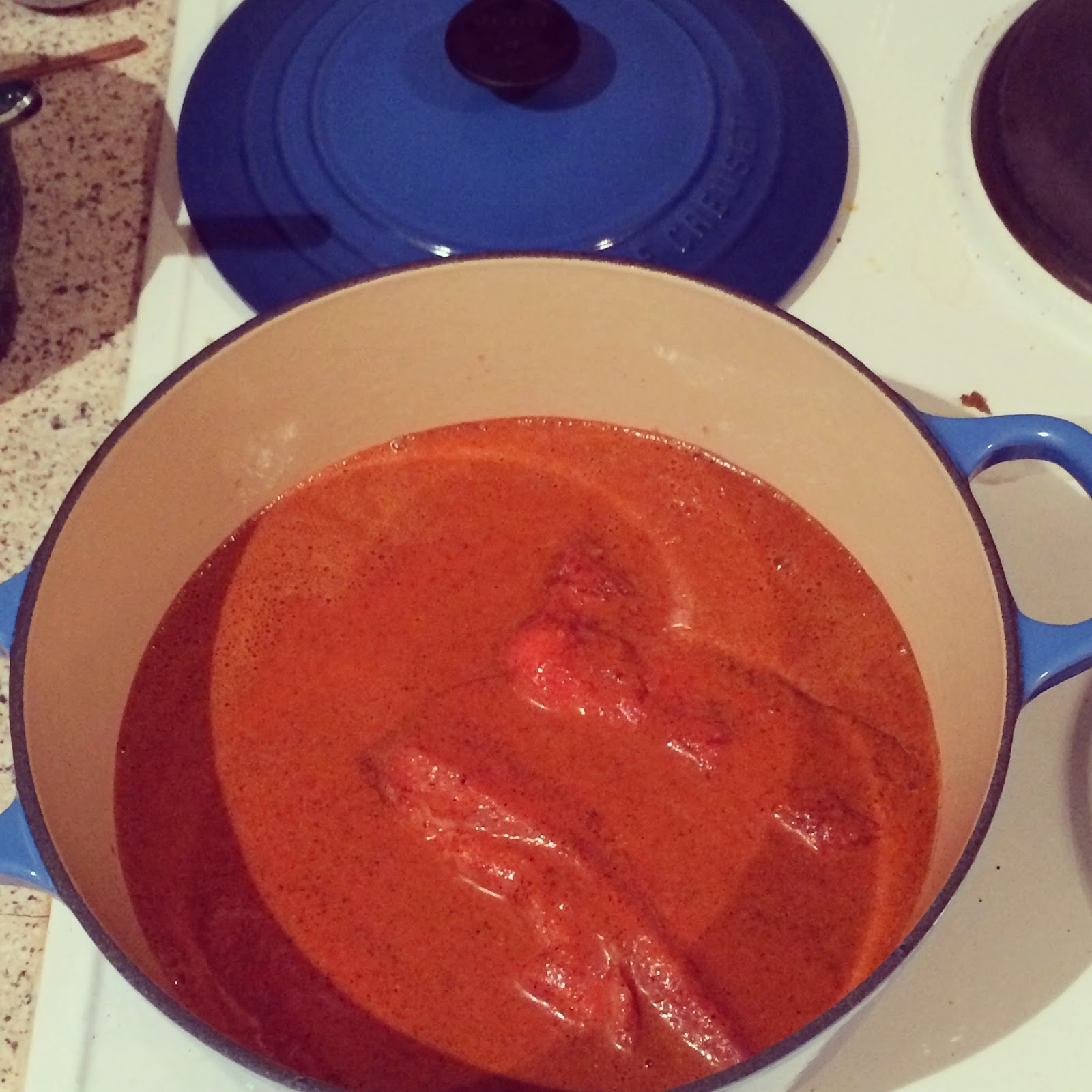 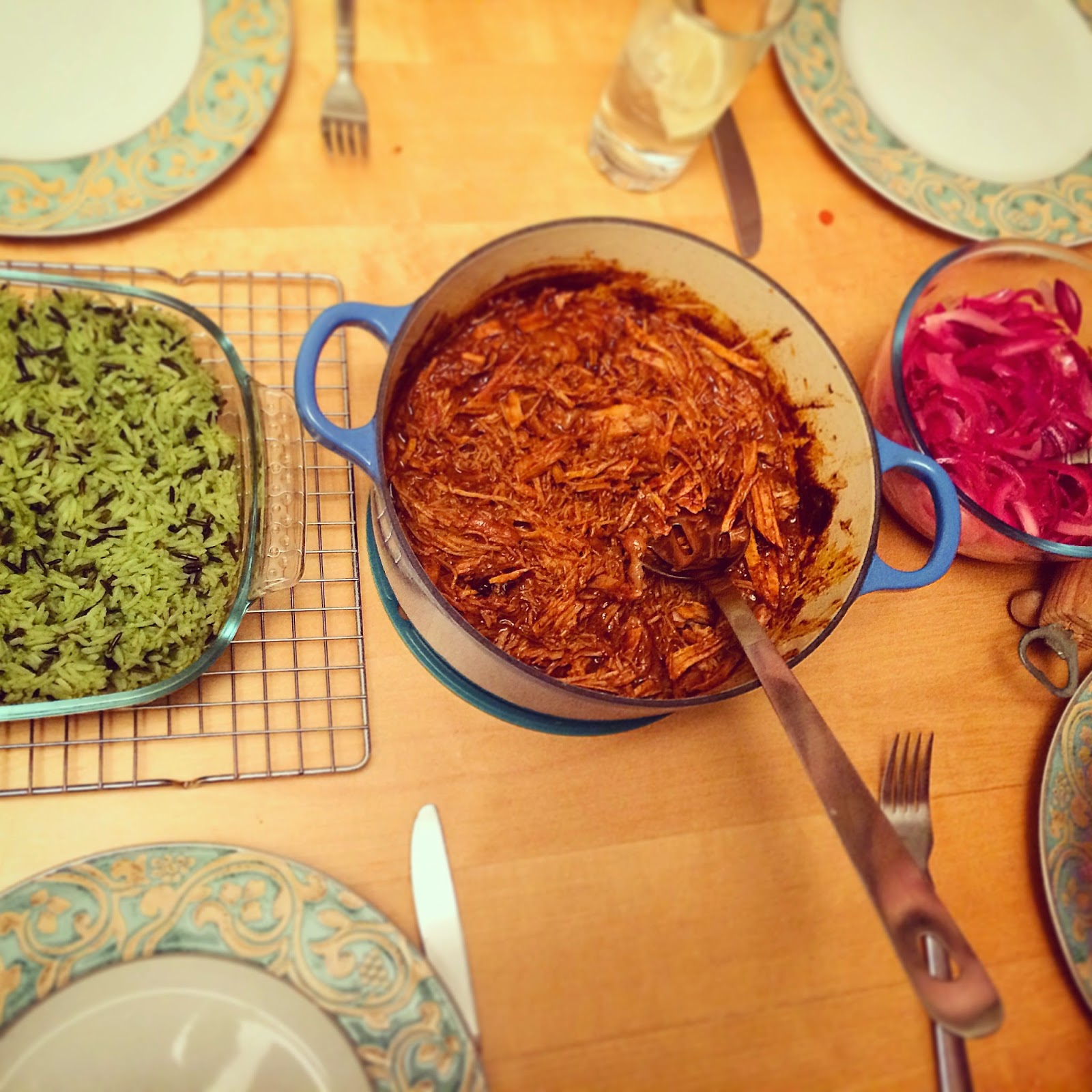 The Mexican green rice was a delicious side and super easy to make. It’s essentially blended spinach and coriander, and even better is that you can make it in advance as it has to cook in the oven for a while too. I like to have as much made in advance as possible when making a big meal, so this was ideal and made me slightly less panicky! The pink pickled onions were basic too, and again I just left them to marinade in the fridge for a few hours to get them really tart and crunchy.

Finally, the dark chocolate and raspberry tart was so, so tasty. I had a bit of falling out with my pastry so it was a bit more crumbly than I’d like, but it held together just fine luckily. The filling was essentially a ganache, make with dark chocolate, cream and golden syrup, and raspberries chucked in to the mixture. No gelatine needed to hold it together, and no baking. In fact, it set in a couple of hours which was a big relief. I took the leftovers in to the office on the Monday and it was demolished in seconds so I think it might have tasted OK! 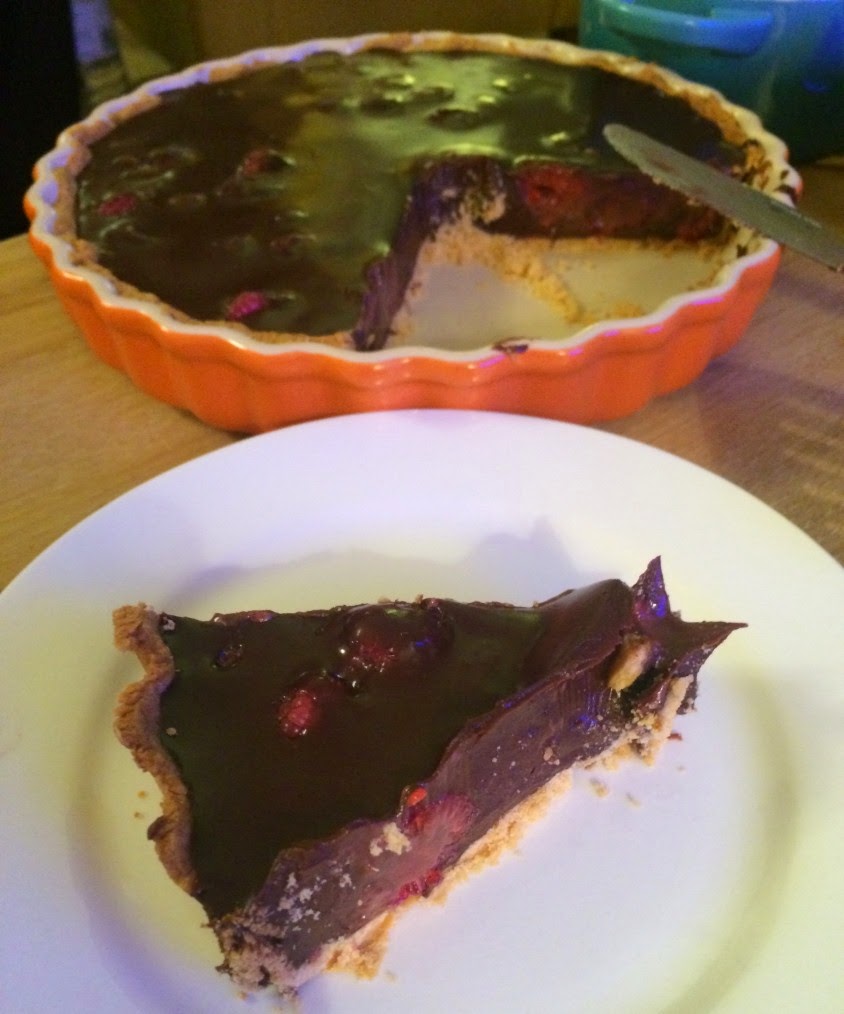 I’ll definitely be making things from the Wahaca cookbook again, and especially the pork pibil which is really easy for a large group of people. Now I’ve conquered Mexican the next on my list is dim sum! I’ve spotted a few cookery classes that specialise in it and I’m desperate to give them a go so watch this space!