I’ve made a few updates to this blog this year but one of the biggest is the overwhelming inclusion of food on these pages. I’ve realised that food is more than a mere interest to me, it is a real passion; I love making it, eating it, and it would appear, writing about it! I now go above and beyond to find new places to eat and drink (living in London makes that pretty easy) and 2014 has seen me discover lots of new favourites as well as some truly bizarre experiences as well. You can see all of my food posts here, but here’s a low down of my highlights this year:


The two most bizarre eating experiences I’ve had this year easily go to Dans le Noir and Lady Dinah’s Cat Emporium. The former involves a completely secret menu served up in pitch black by an entirely visually impaired staff, the latter is a cafe where pet free Londoners can go and stroke kitties while scoffing cake. Neither win the prize for best food, but the experience of both was something to really revel in. 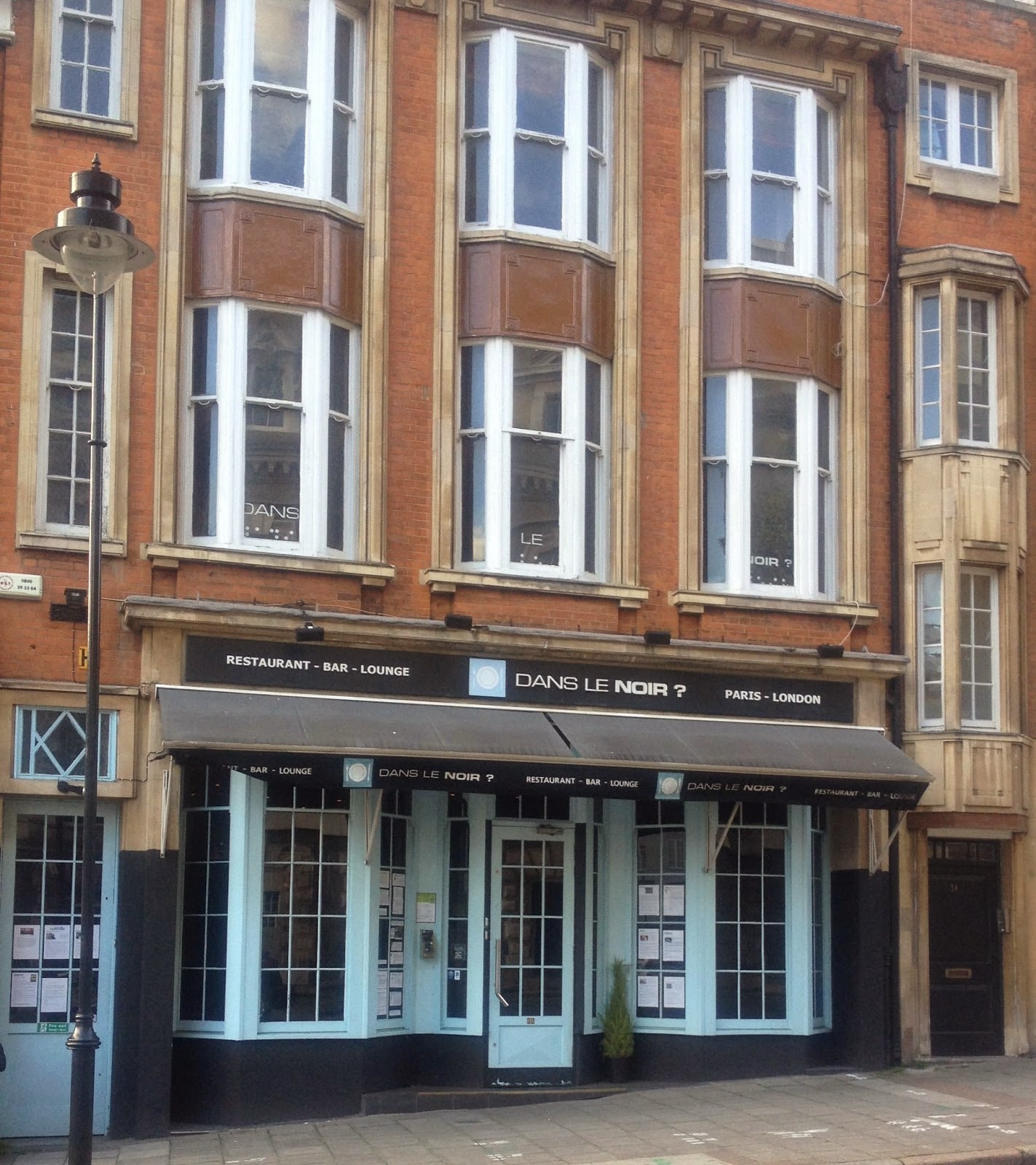 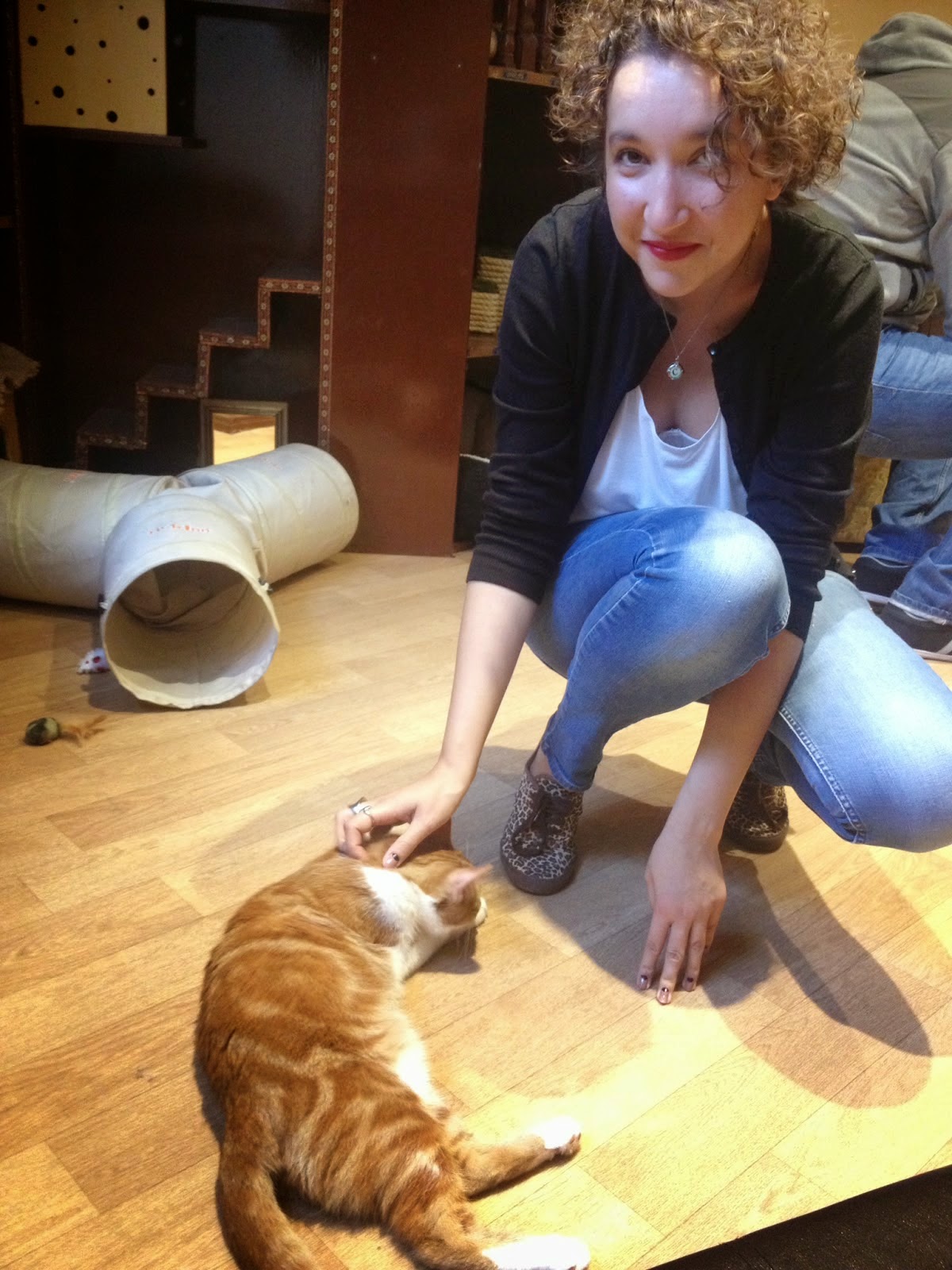 
There’s been a couple of meals this year where I have fully understood the term ‘meat sweats’. The first was a Bank Holiday feast with my cousin at Big Easy in Covent Garden. The sheer amount of food on my plate was verging on overwhelming, but the cocktails did well to help it all go down! There’s also been the insane burgers from Mother Flipper at Wapping Market, and fried chicken on waffles at Home Sweet Home in Manchester – both of which have clogged my arteries and cut off the oxygen to my brain so much that I’ve HAD to join a gym. 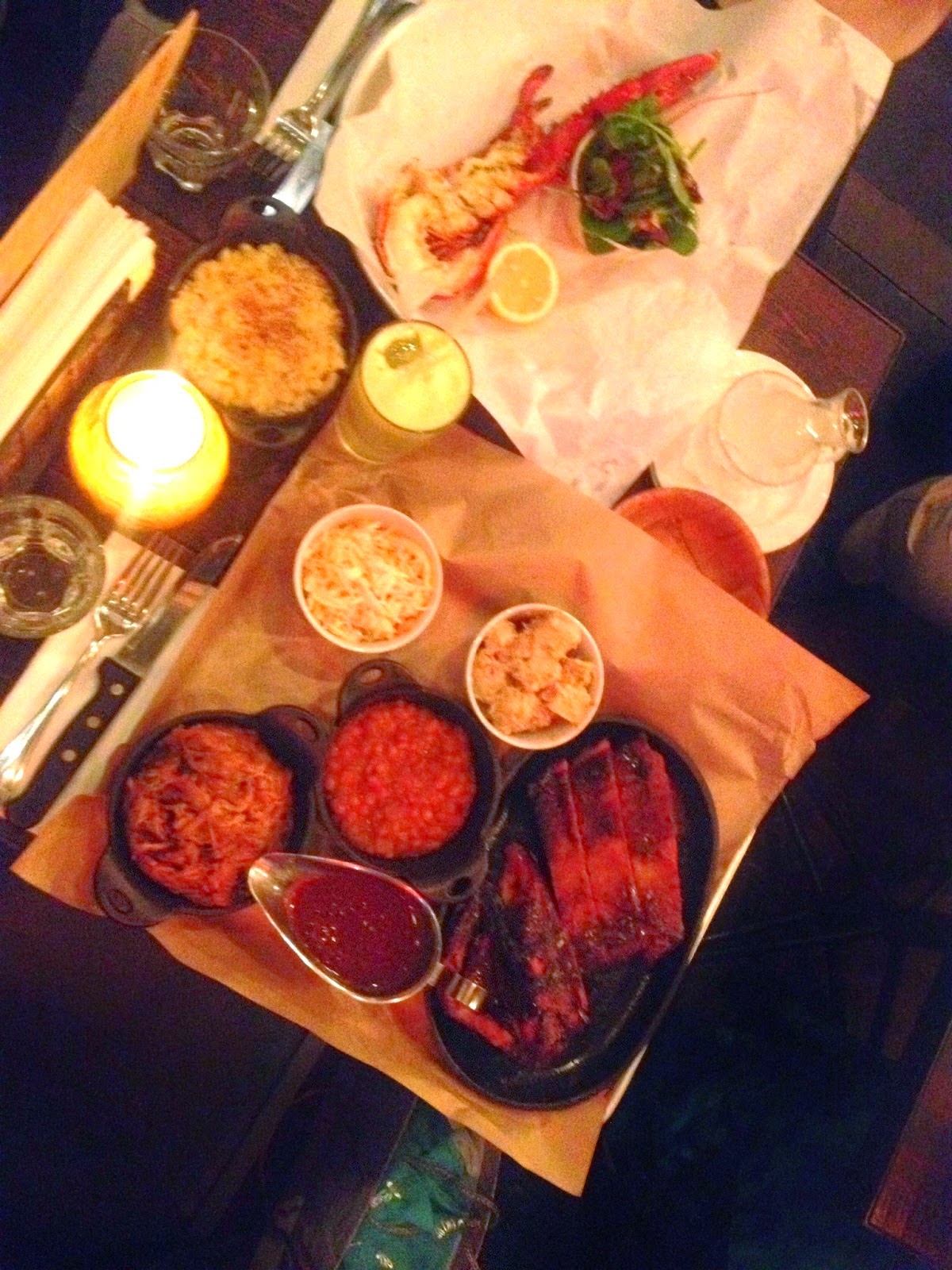 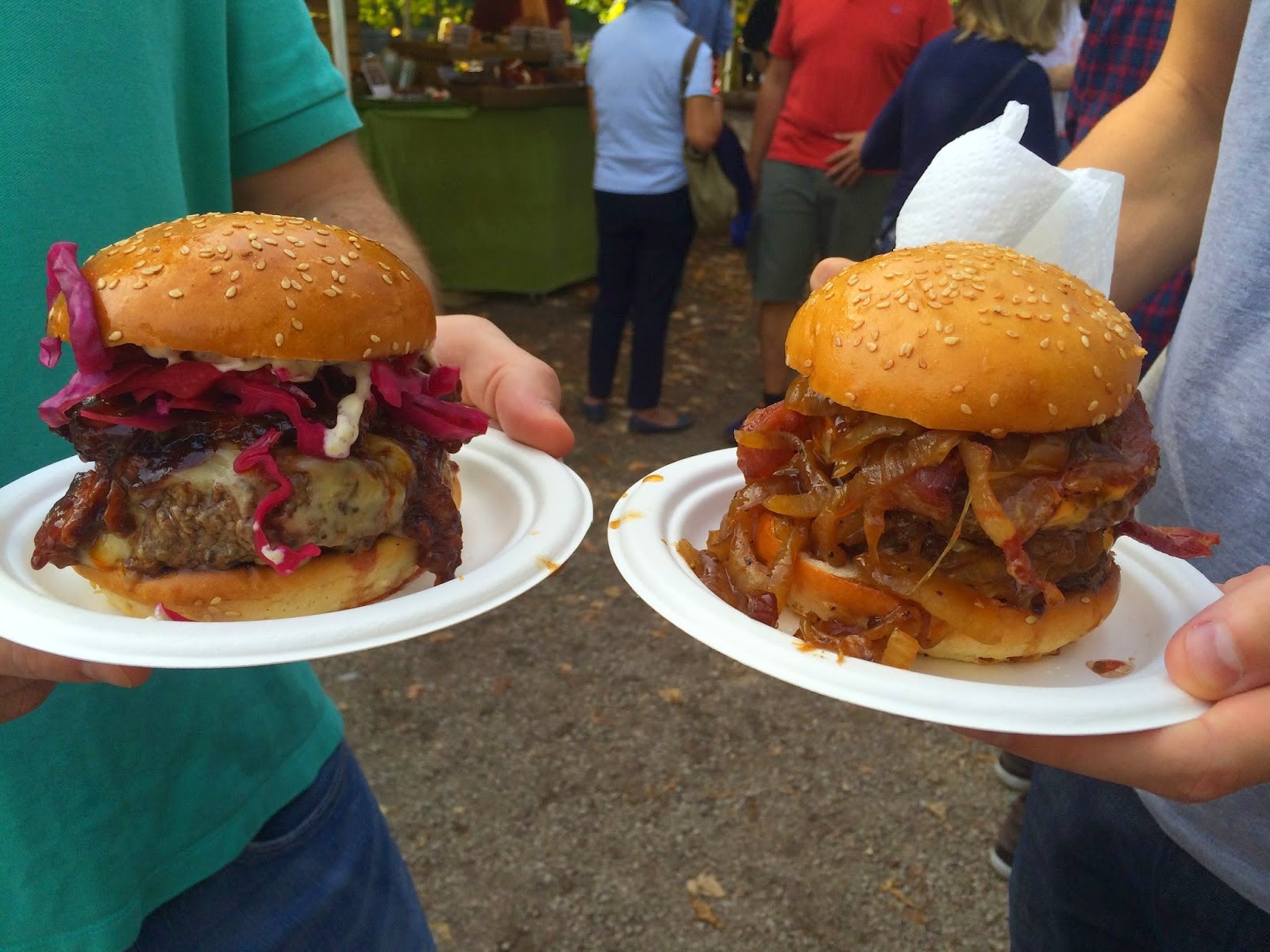 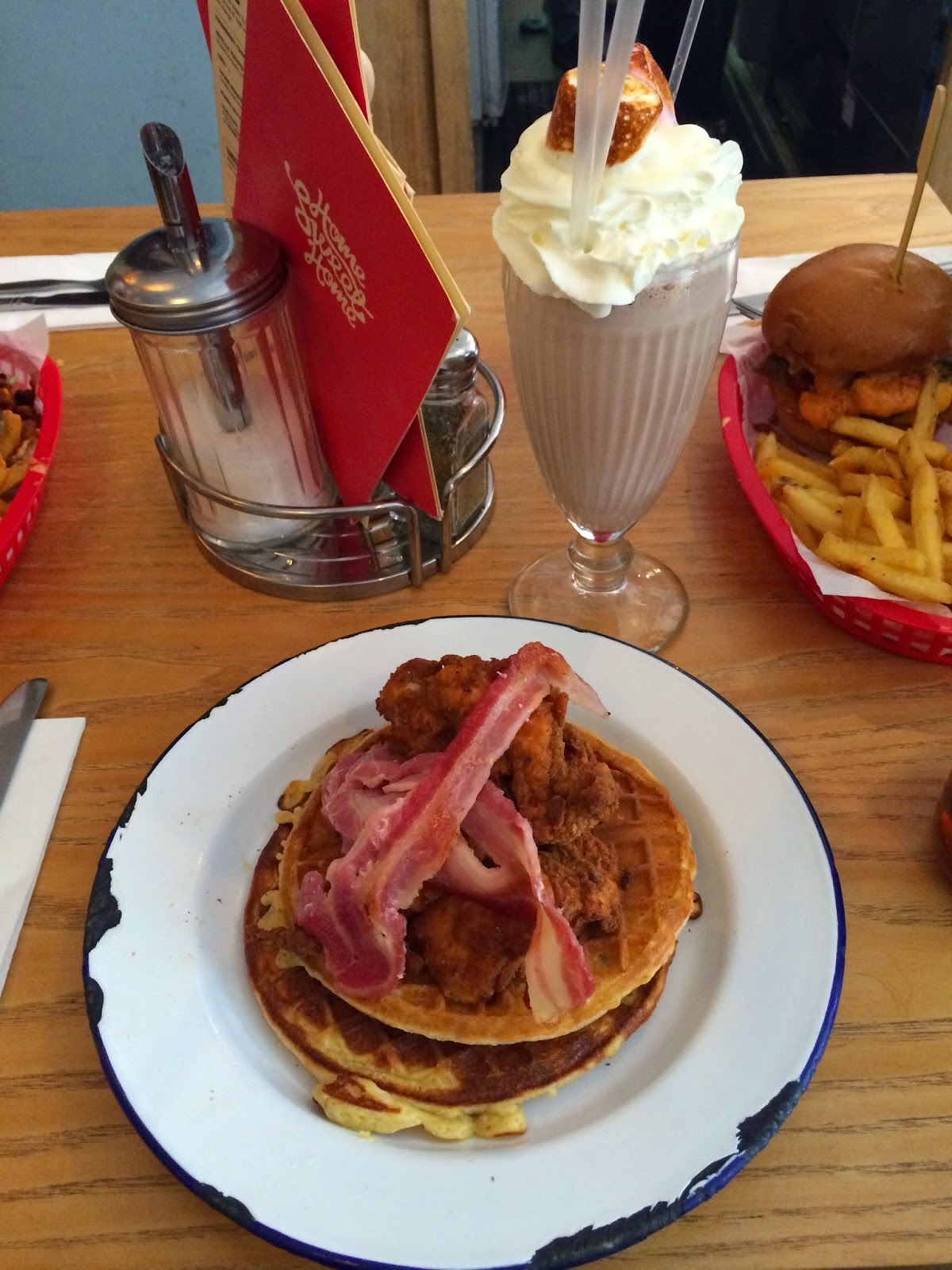 
I’ve also really enjoyed finding new places to grab some quick lunch close to the office. Until very recently I worked just off Tottenham Court Road, and I highly recommend veering away from Oxford Street to explore the area. Some of my favourite places I’ve found this year have included Boopshi’s (schnitzel and spritz), Barnyard (from the brain of Ollie Dabbous), and Heal’s Quarter Cafe (hidden at the back of the TCR store and is perfectly serene ona day’s shopping). 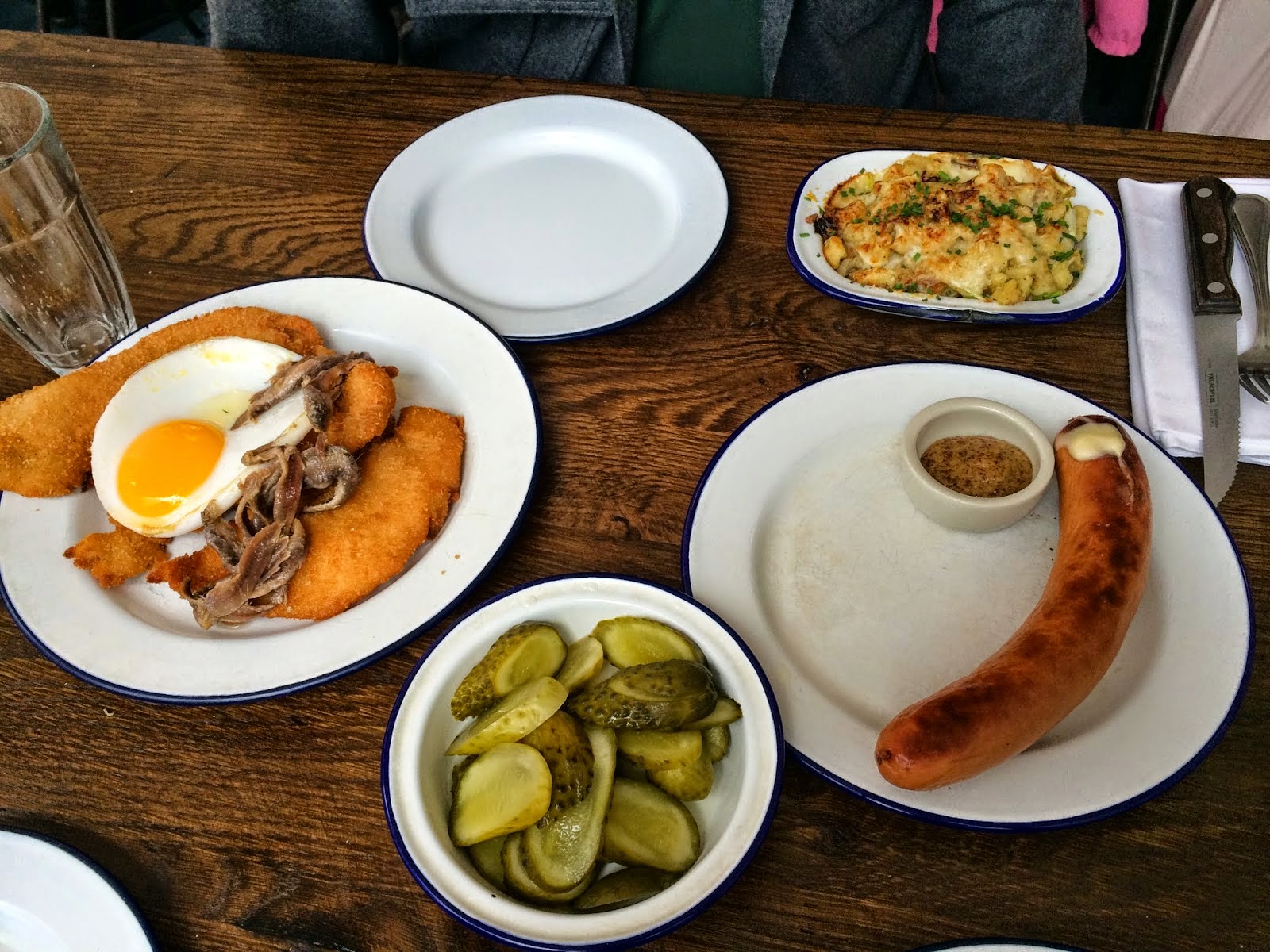 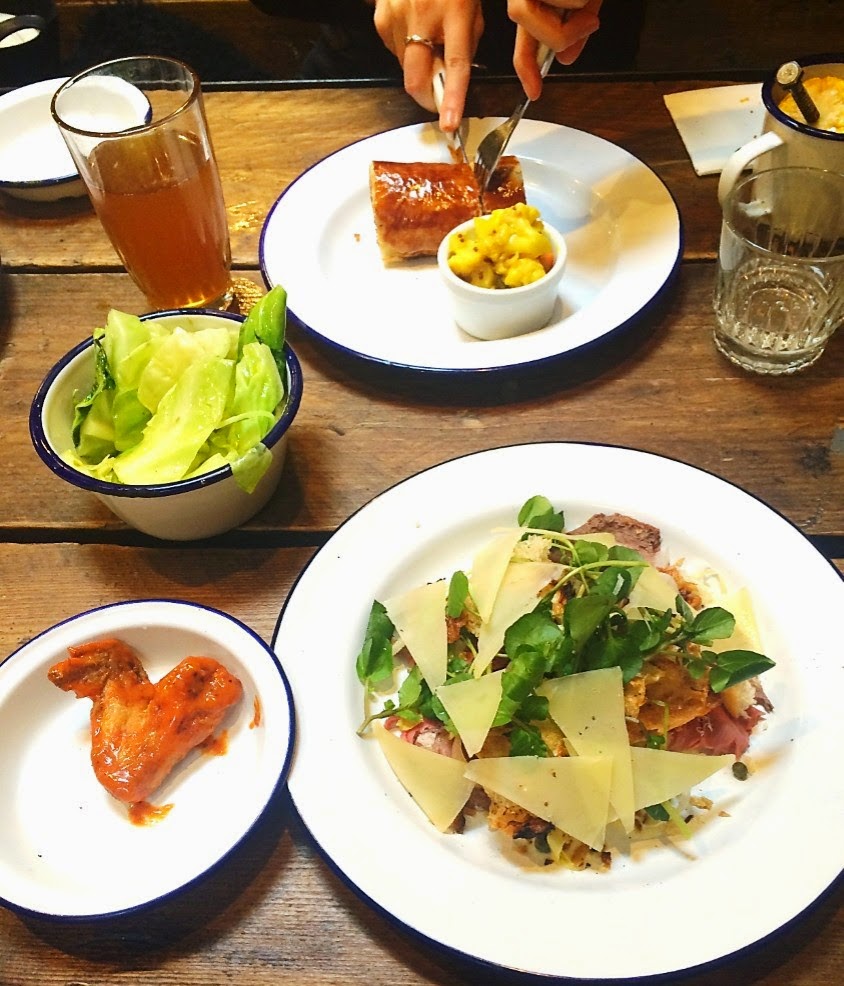 Going out for drinks


As well as places to eat, I’ve found three firm new favourites in the shape of bars. I’m very much of the age where I like to be able to sit down and have a conversation with whoever I’m with. The French House in Soho is an old school type pub which actually specialises more in wine, and it’s history of clientele is a who’s who of mega famous literati. For cocktails I’ll be spending more time at Happiness Forgets on Hoxton Square for an intimate setting and wickedly strong drinks, and moving to Earlham Street Clubhouse for those nights when I need themed drinks, massive pizzas and a quality jukebox. 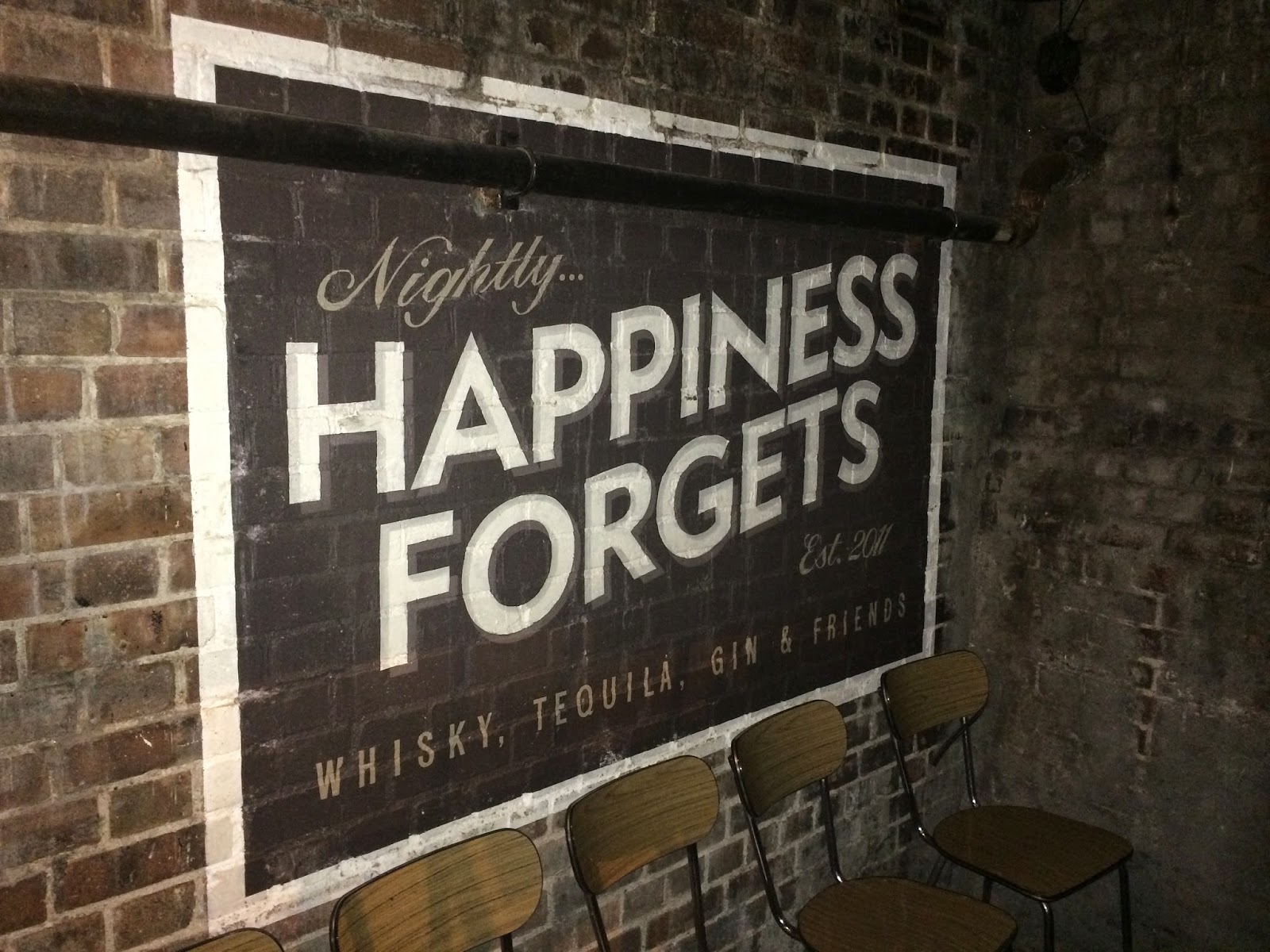 As for 2015, my list of where I want to try is already enormous but I’m looking forward to seeing a London branch of the Parisian legend, Le Chateaubriand, exploring more of London’s food markets and specialist shops, and attempting to tick off more visits in the book ‘1001 Restaurants You Must Experience Before You Die’. Watch out world, I’m still hungry.