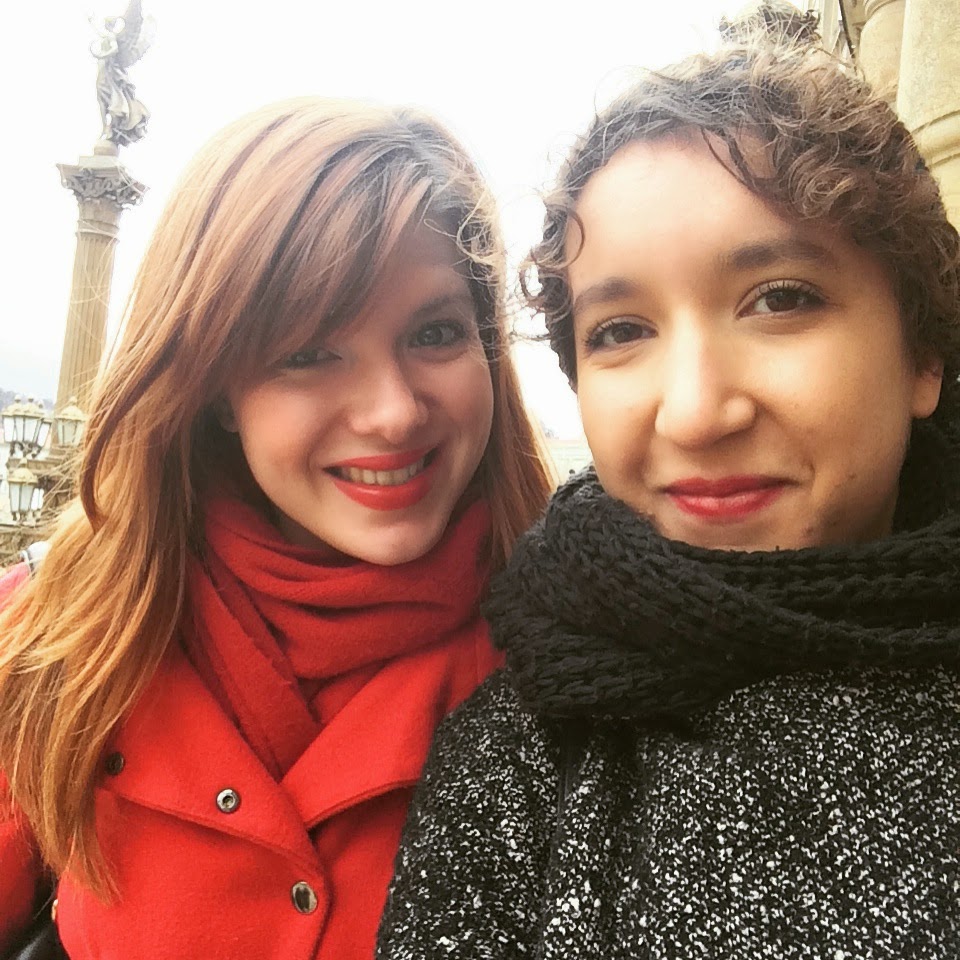 Prague is one of those cities, like Paris, where Brits go for a ‘long weekend’. Unlike Paris, however, there aren’t many people who can tell you what there is to see there. It’s known for being picturesque, and I knew before I went that there is a river running through with a famous bridge over it, but that was pretty much it. In the three days I was there, I found out that Prague has an incredibly rich and fascinating history, and the city was truly brought to life for me through the wonderful walking tours we went on. 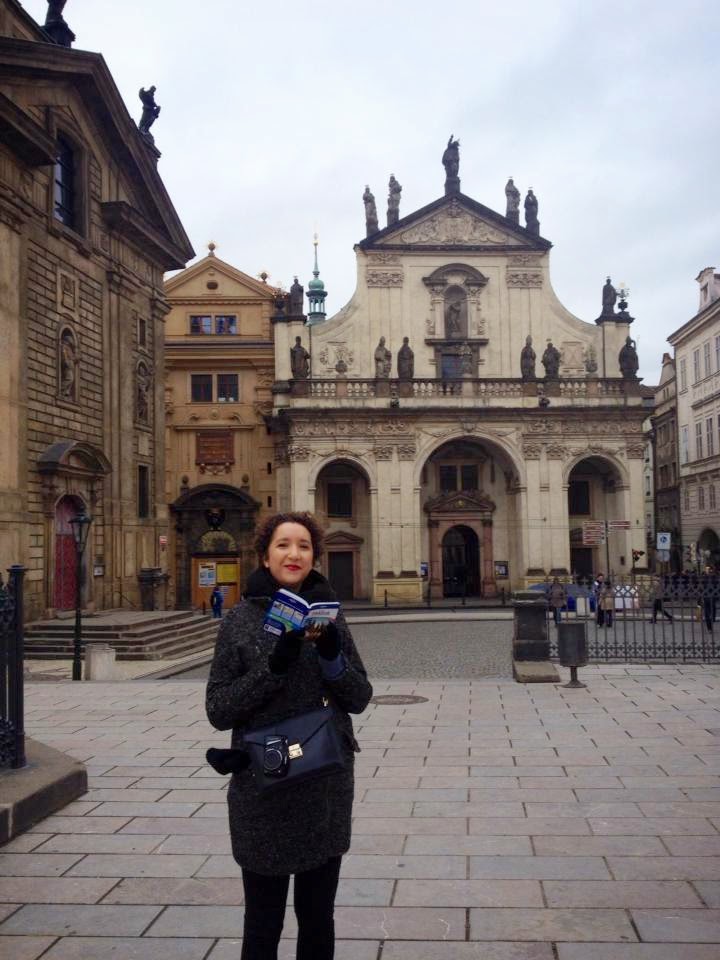 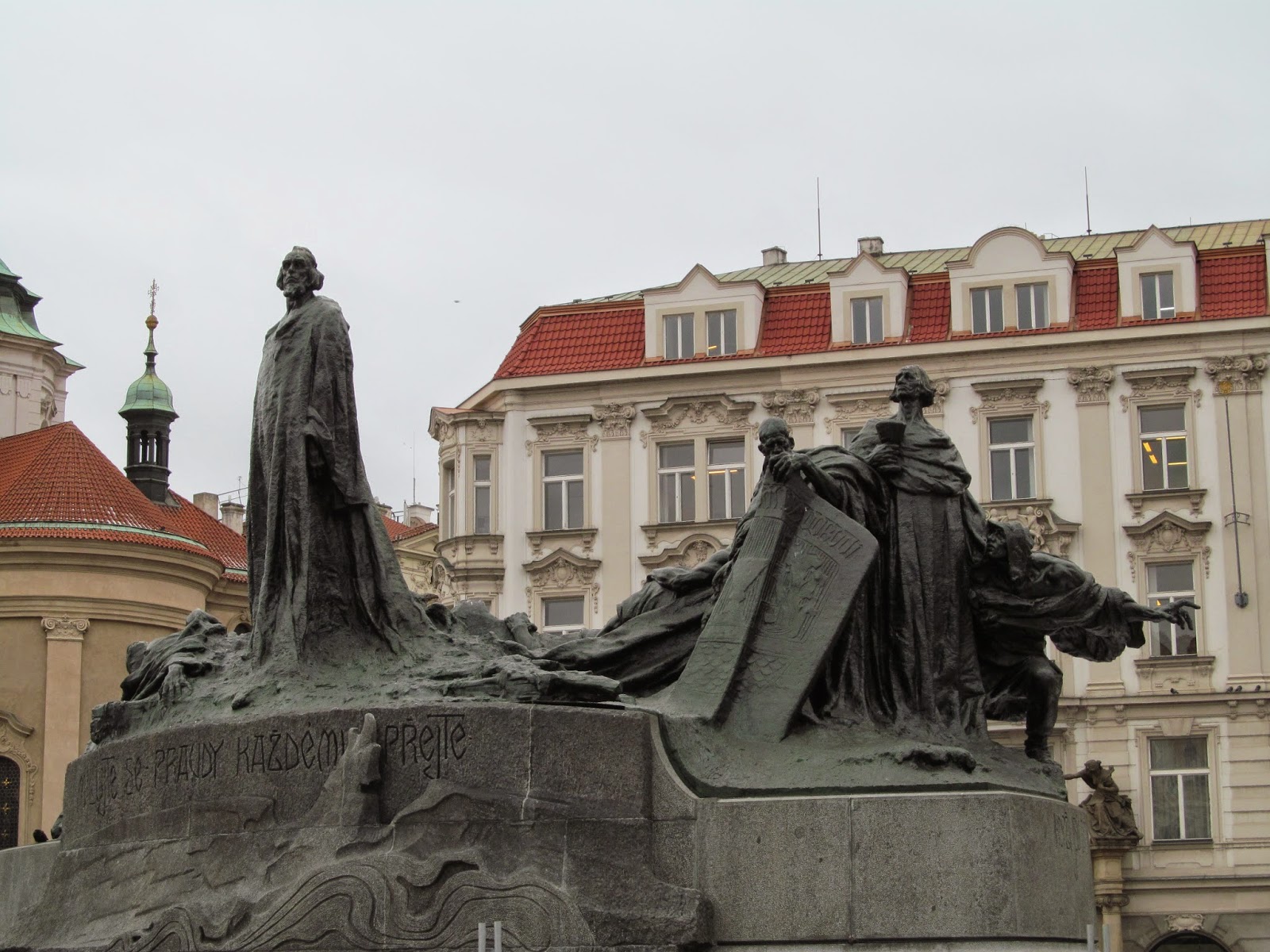 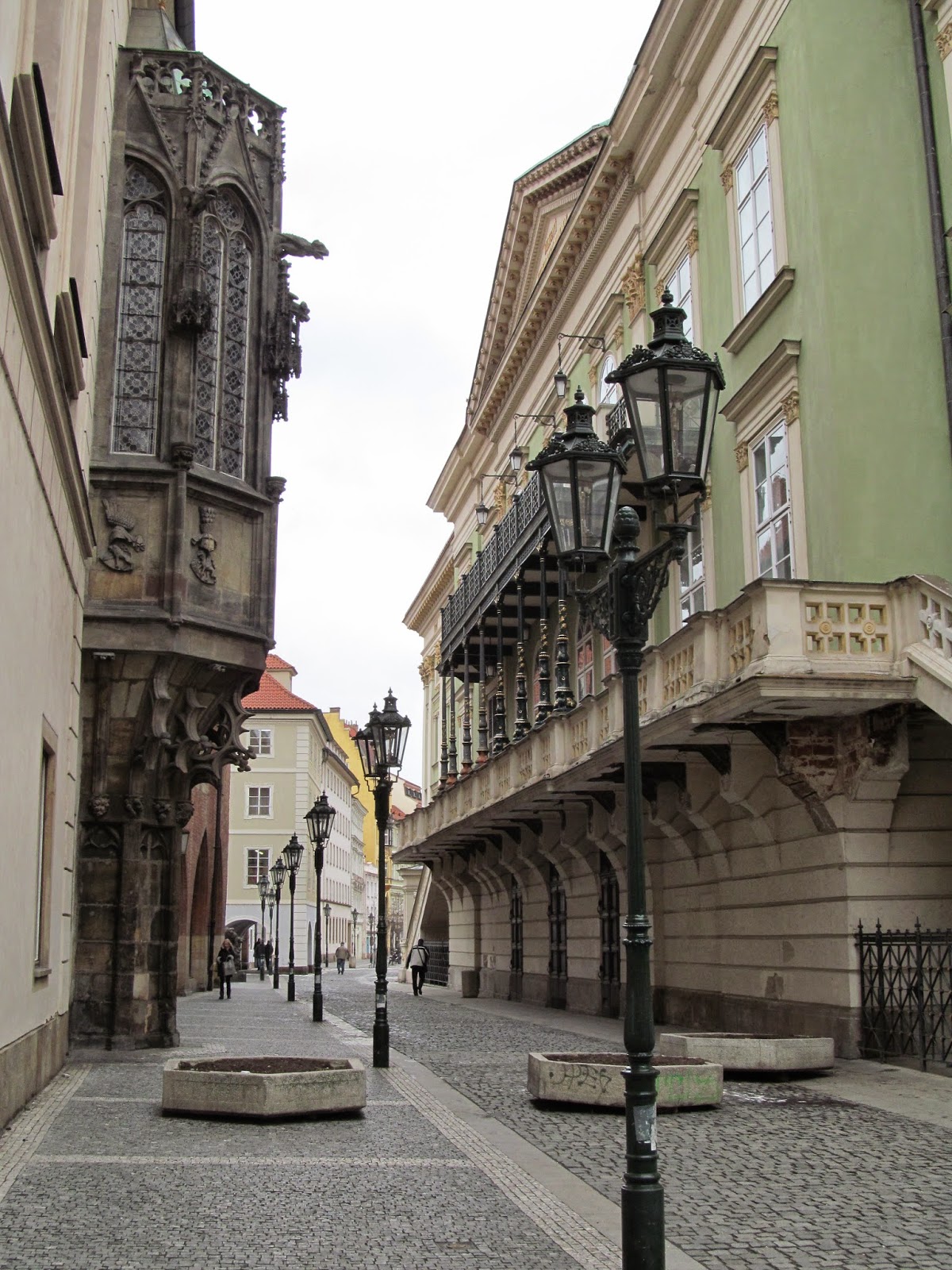 I’ve written many times before about how I love to explore a new place by foot, and this is the case whether I wander off by myself, or I go on a tour. I’ve done Sandeman tours in other European cities before and they almost seem too good to be true as they are completely free! Of course, you’re encouraged to give a tip at the end, and they’re always worth it. We met our tour guide John Paul at 10.45am and we stayed with him for three hours as we walked around the Old Town and the Jewish District, learning about all the beautiful buildings we were surrounded by and given a whistlestop tour of Prague’s history, including the brutal background of the Hussites (one of the first branches of Protestantism) which involved their founder being burnt alive. Pretty grim. Did you know that the word ‘bohemian’ comes from Prague too? It’s first name was Bohemia, and when the residents were all made to flee after the Thirty Years War, their ways of street theatre, absinthe drinking and painting as they travelled from country to country became known as the ‘bohemian lifestyle’. Keep that one in your back pocket for a pub quiz! 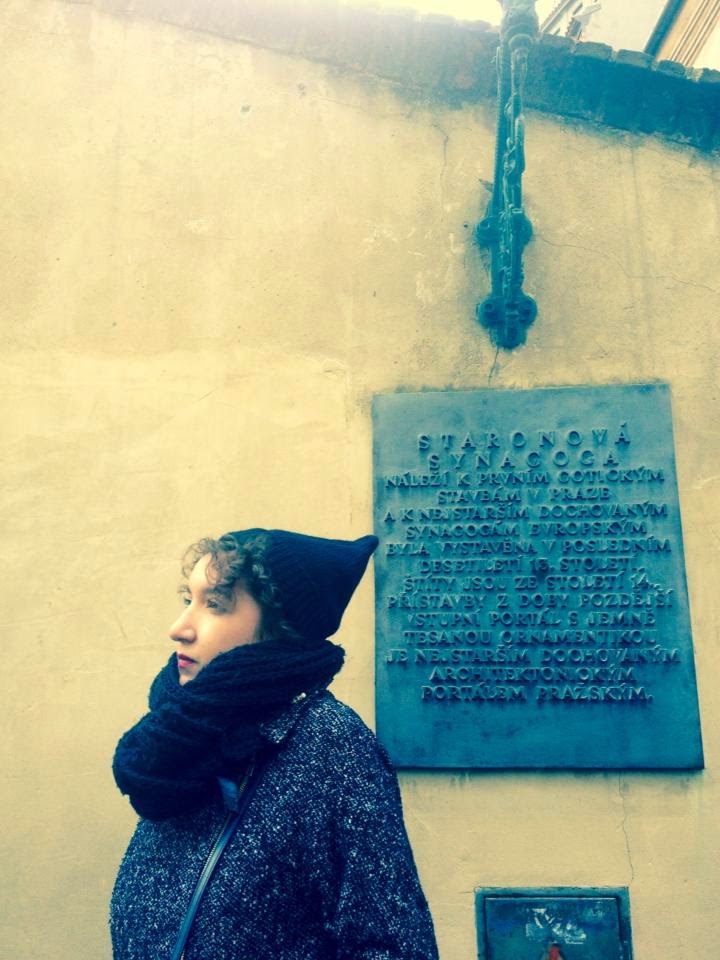 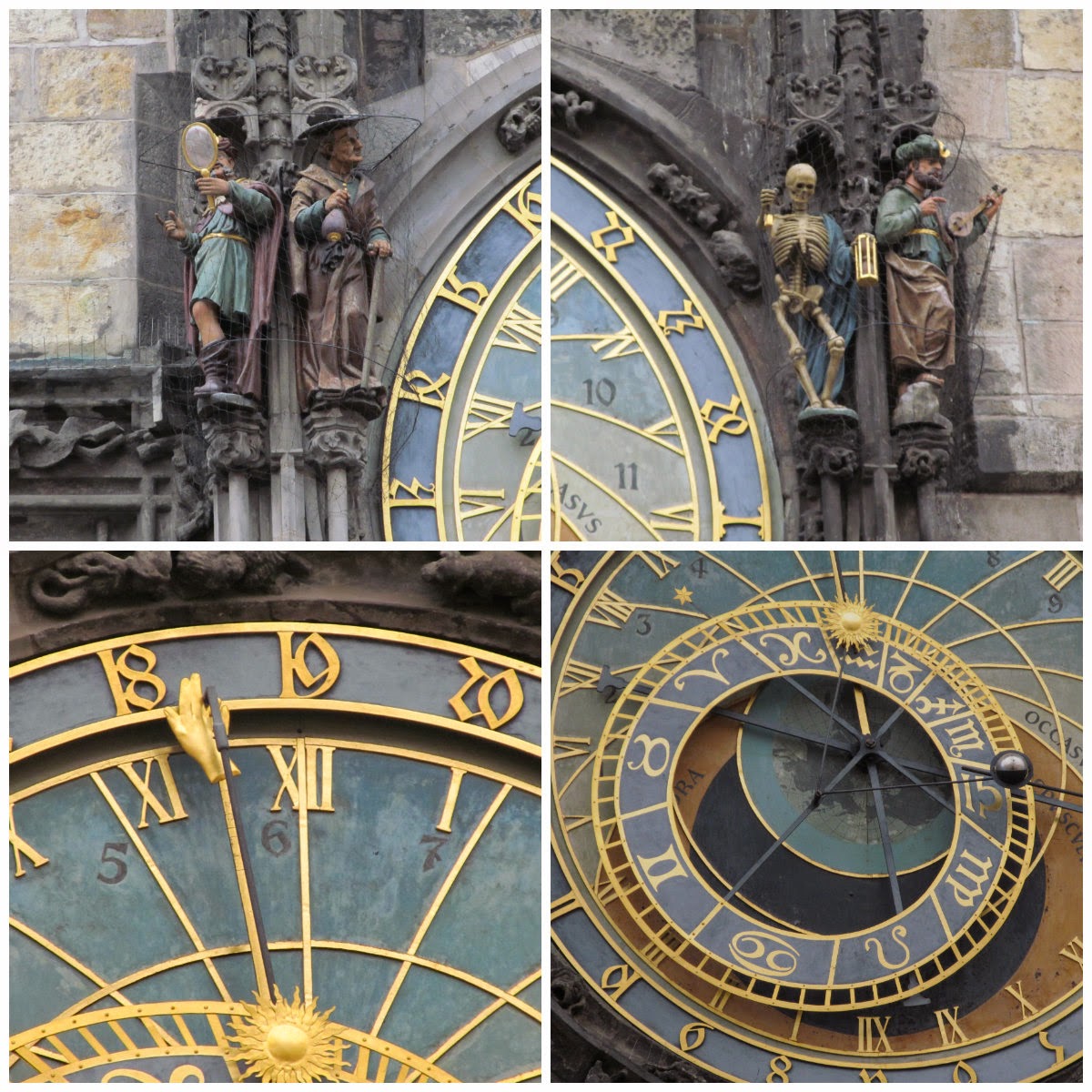 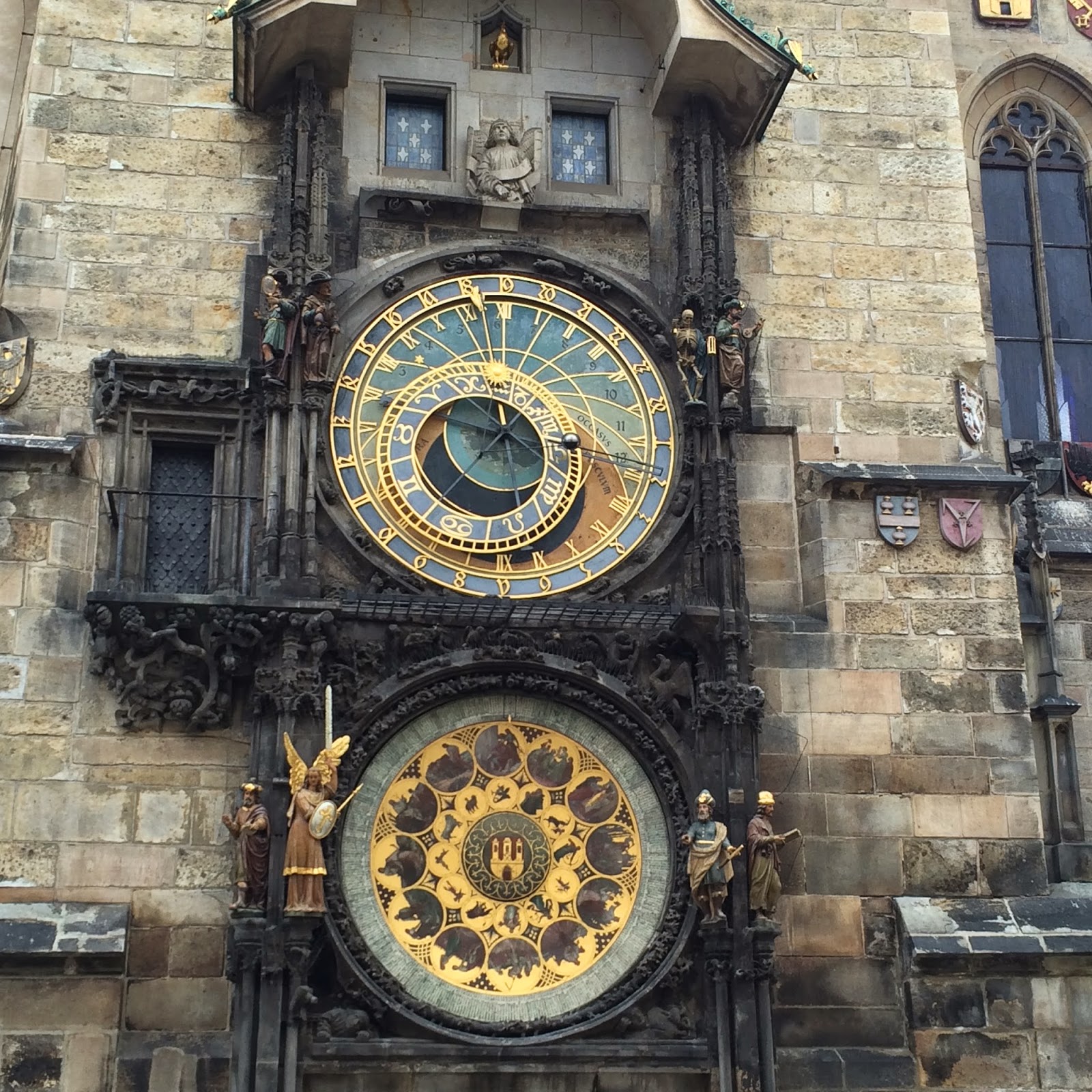 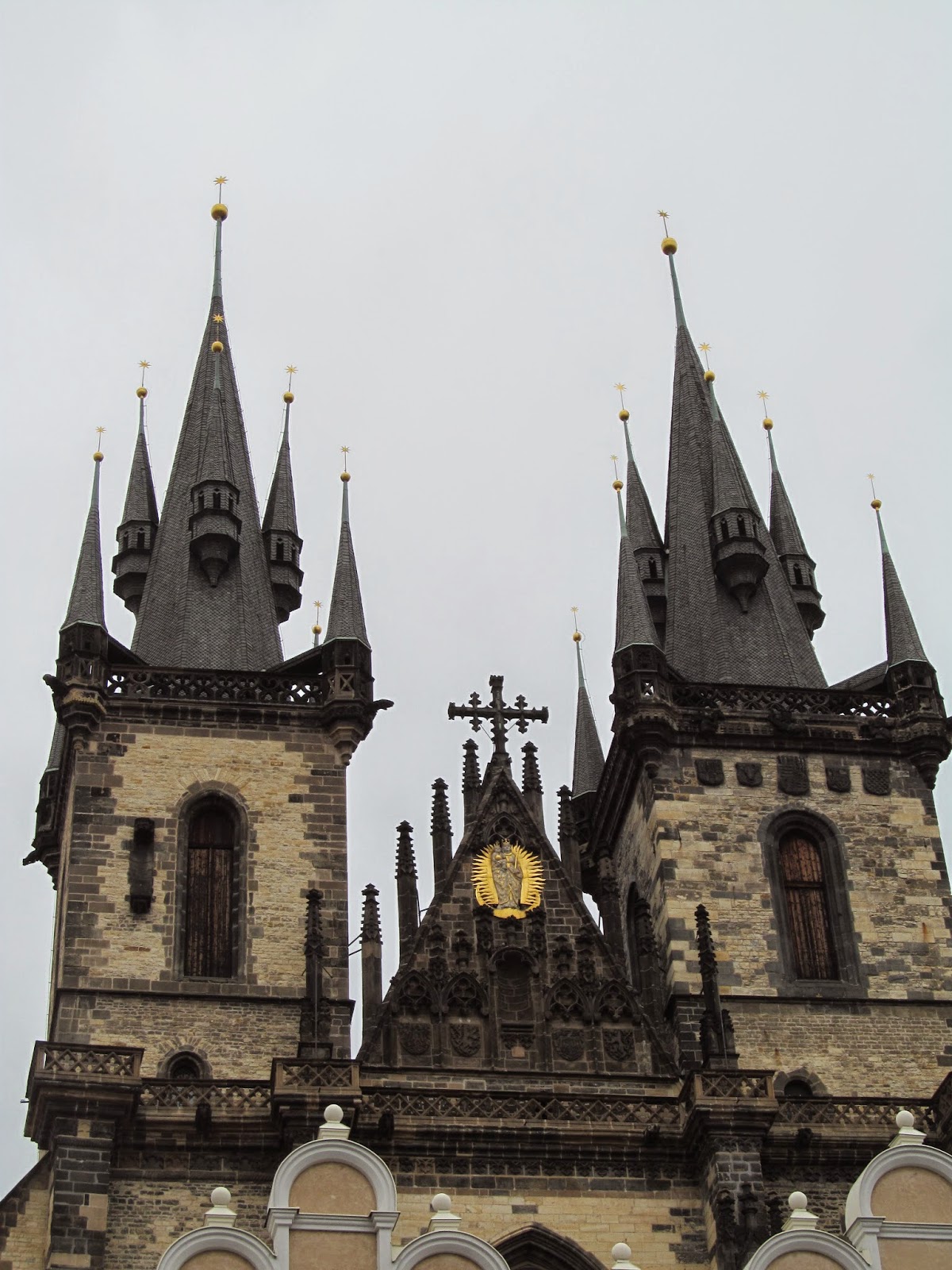 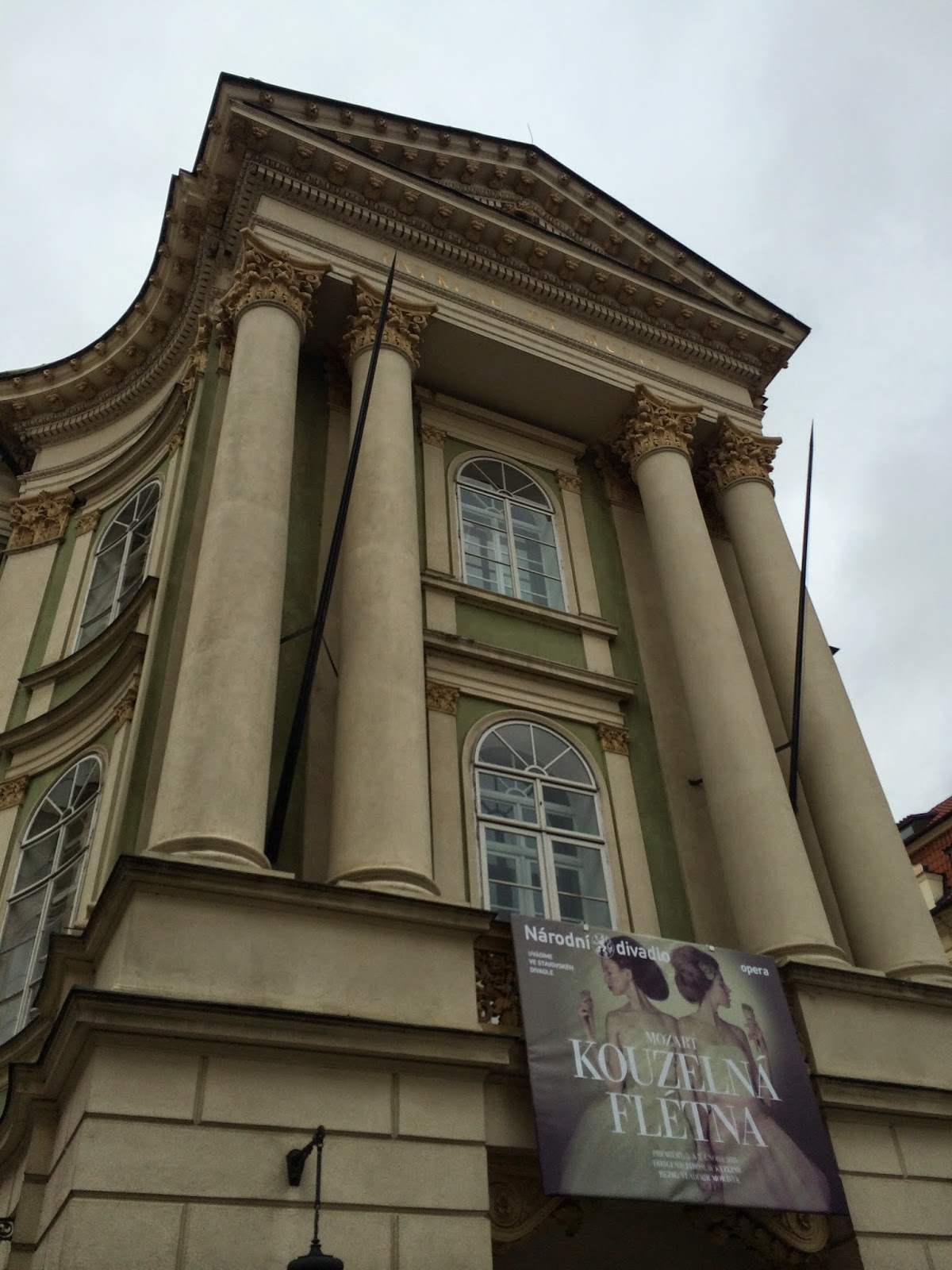 The architecture is staggering; not from its height, but from the intricate detail everywhere. The famous Astronomical Clock is truly beautiful, though how you tell the time from it is beyond me! Known as the City of 1000 Spires, despite being the second most atheist country in Europe, it’s not difficult to see how Walt Disney found inspiration for fairytale constructions like Maleficent’s castle. And he’s not the only famous person to be in awe of Prague; Kafka lived and worked there, and Mozart loved the people of the city so much that he held the premiere of Don Giovanni at a theatre there, which is now the last place that he played to still be in existence. Prague has also been the foundations for myth and legend, with the story of the Gollum originating from the attic of the Old New Synagogue in the Jewish District. 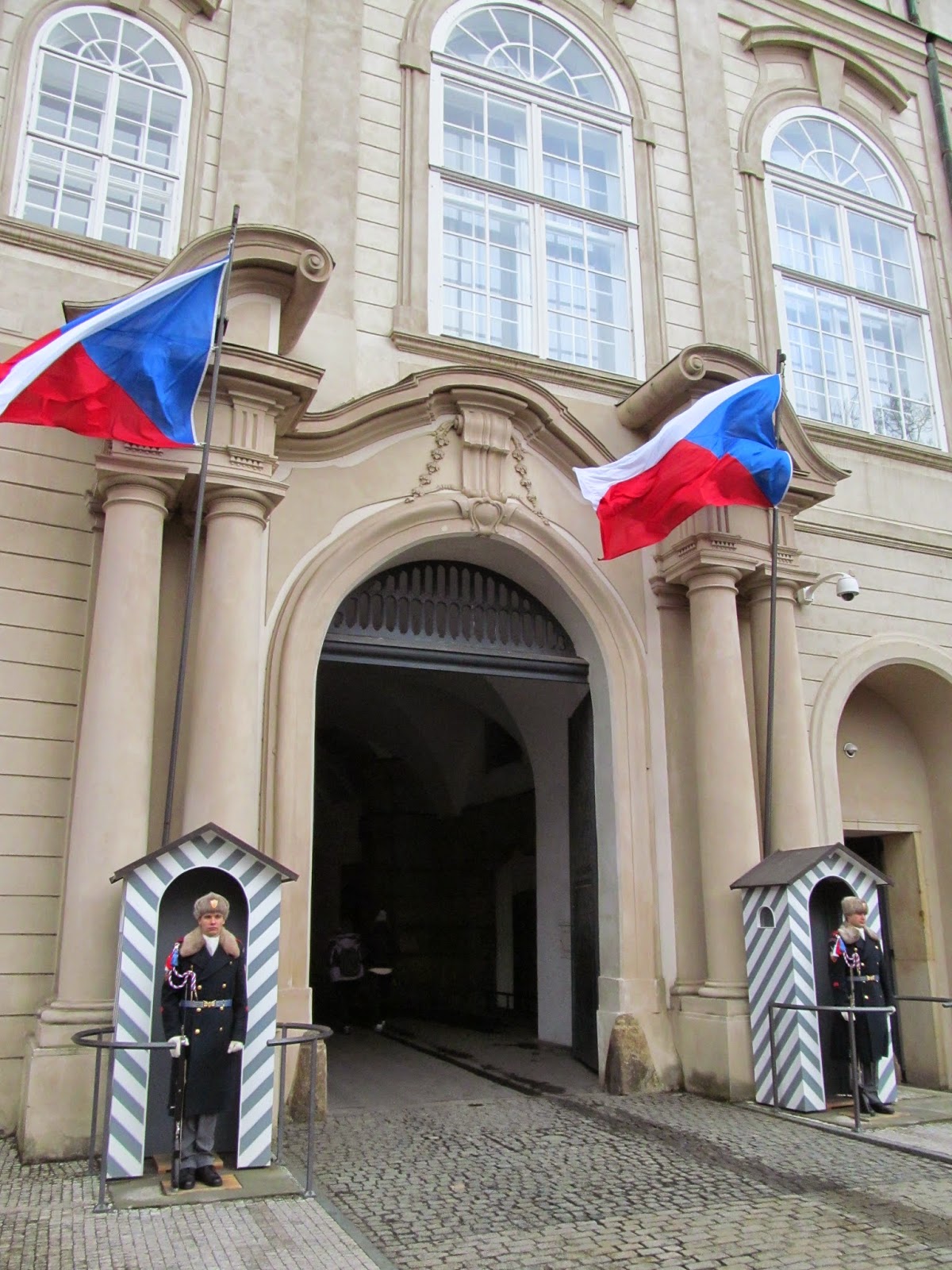 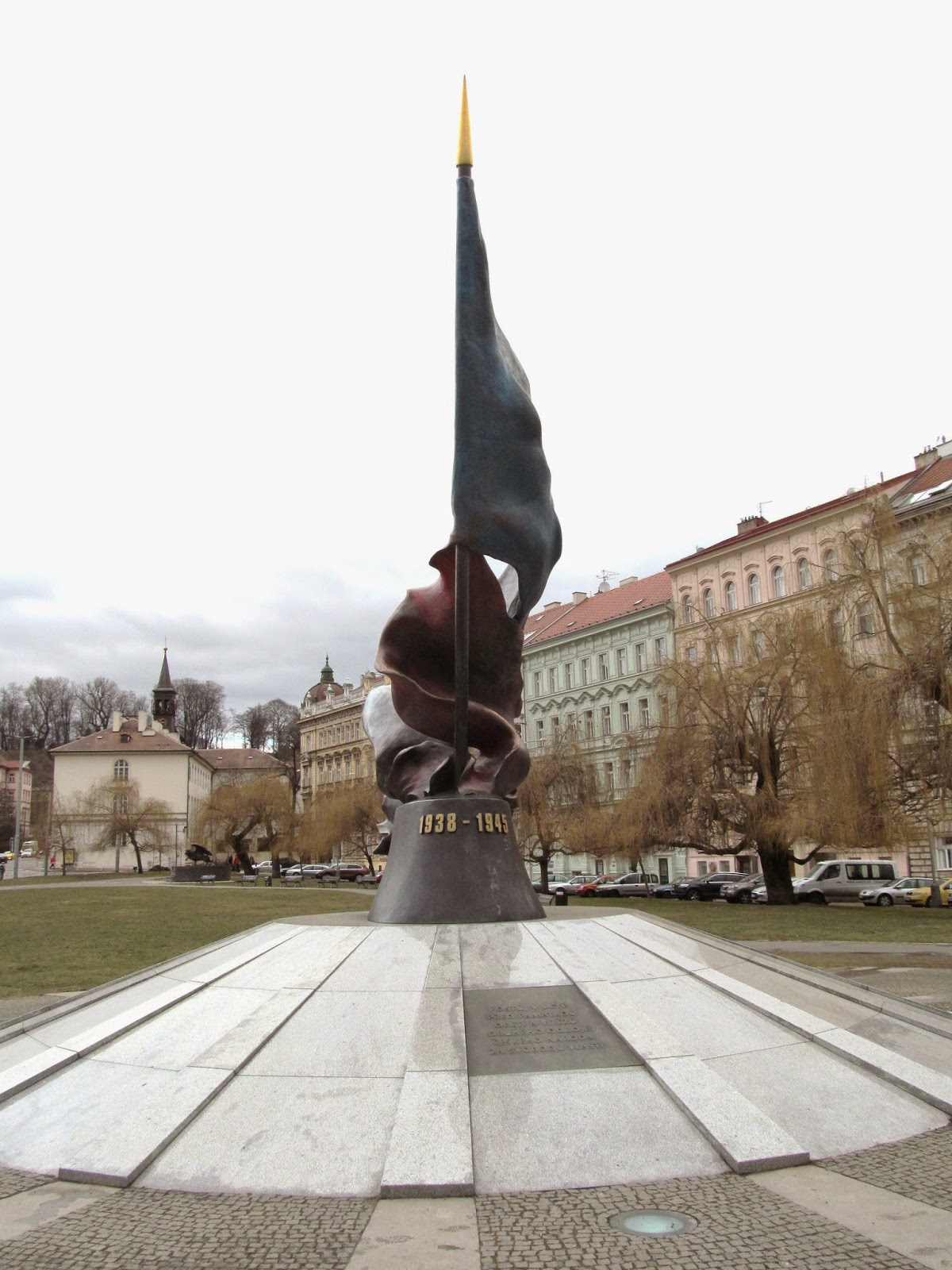 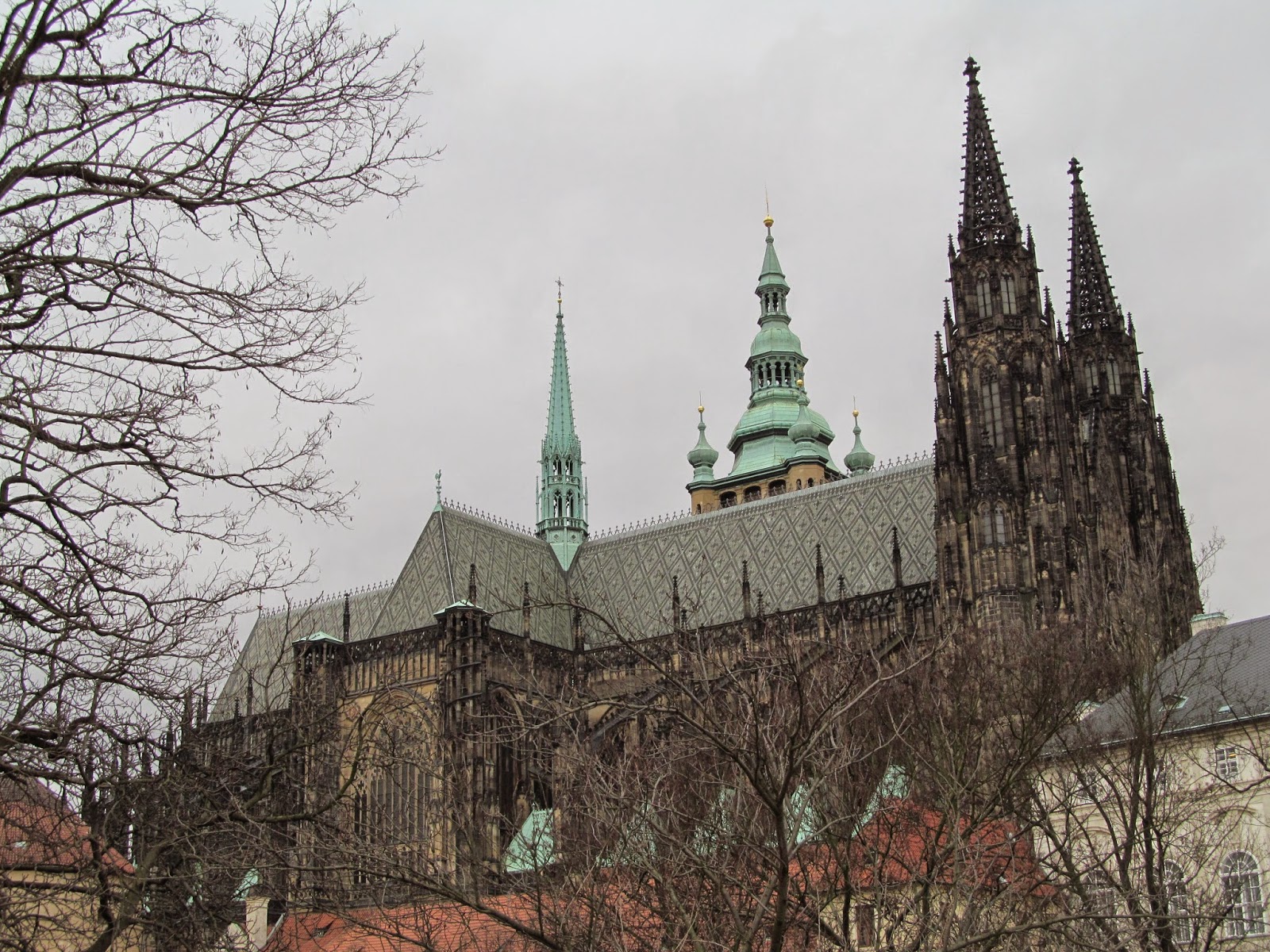 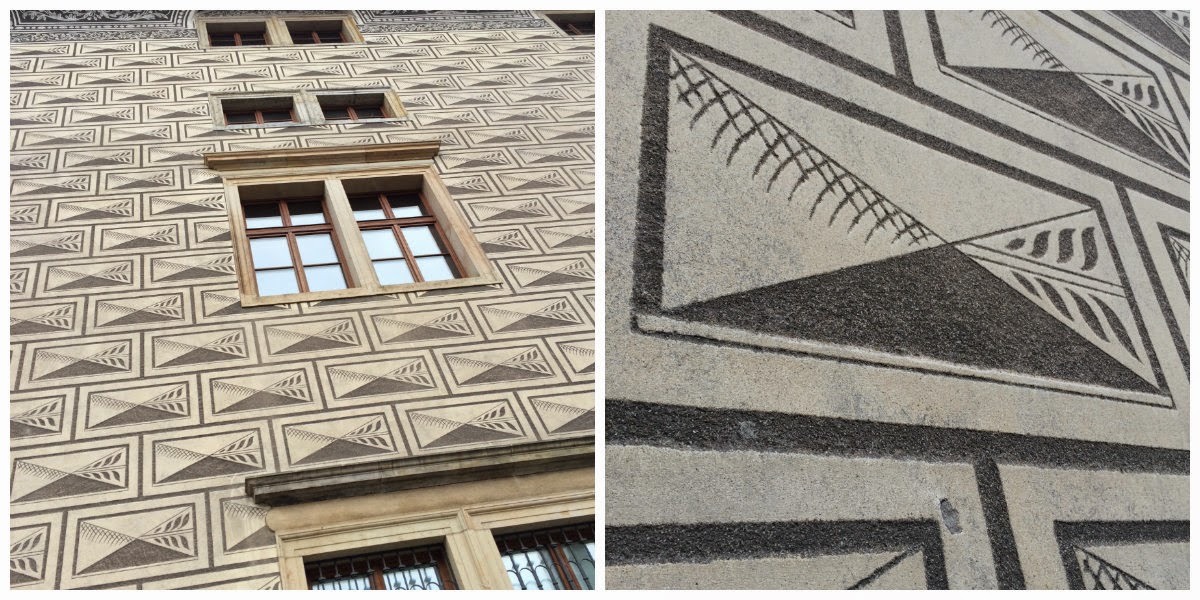 Following on from the free tour, we decided to pay for the afternoon tour of Prague Castle and the surrounding areas. It was the equivalent of about £10 and we were so enamoured by the previous tour that we knew it would be worth it. Our guide Michael met us by the Rudolfinum music hall and pointed out some of the main sites including the Charles Bridge before we caught a tram up the hill to the castle.

The castle grounds is still the home of the Czech president and prime minister, as well as the senate. It is protected around the perimeter by soldiers decked out in uniforms designed by the costume designer for the Oscar winning Amadeus, carrying bayonets, and is perched on the top of a hill overlooking the city and its surroundings. The architecture again was completely stunning and we were shown an incredible example of sgraffito – a type of design where patterns are literally scratched into the brickwork giving a textured appearance that feels like looking at a Magic Eye picture. 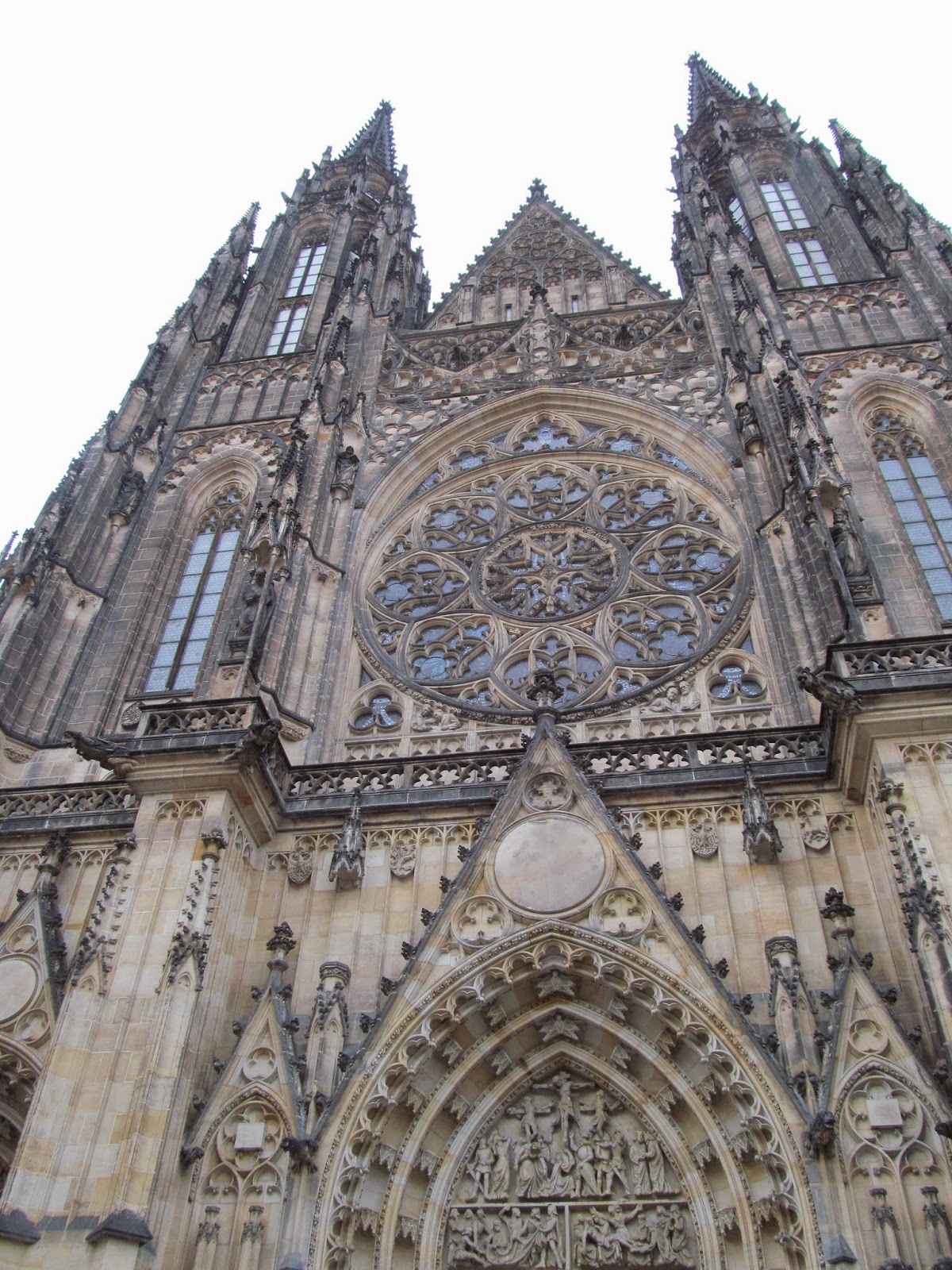 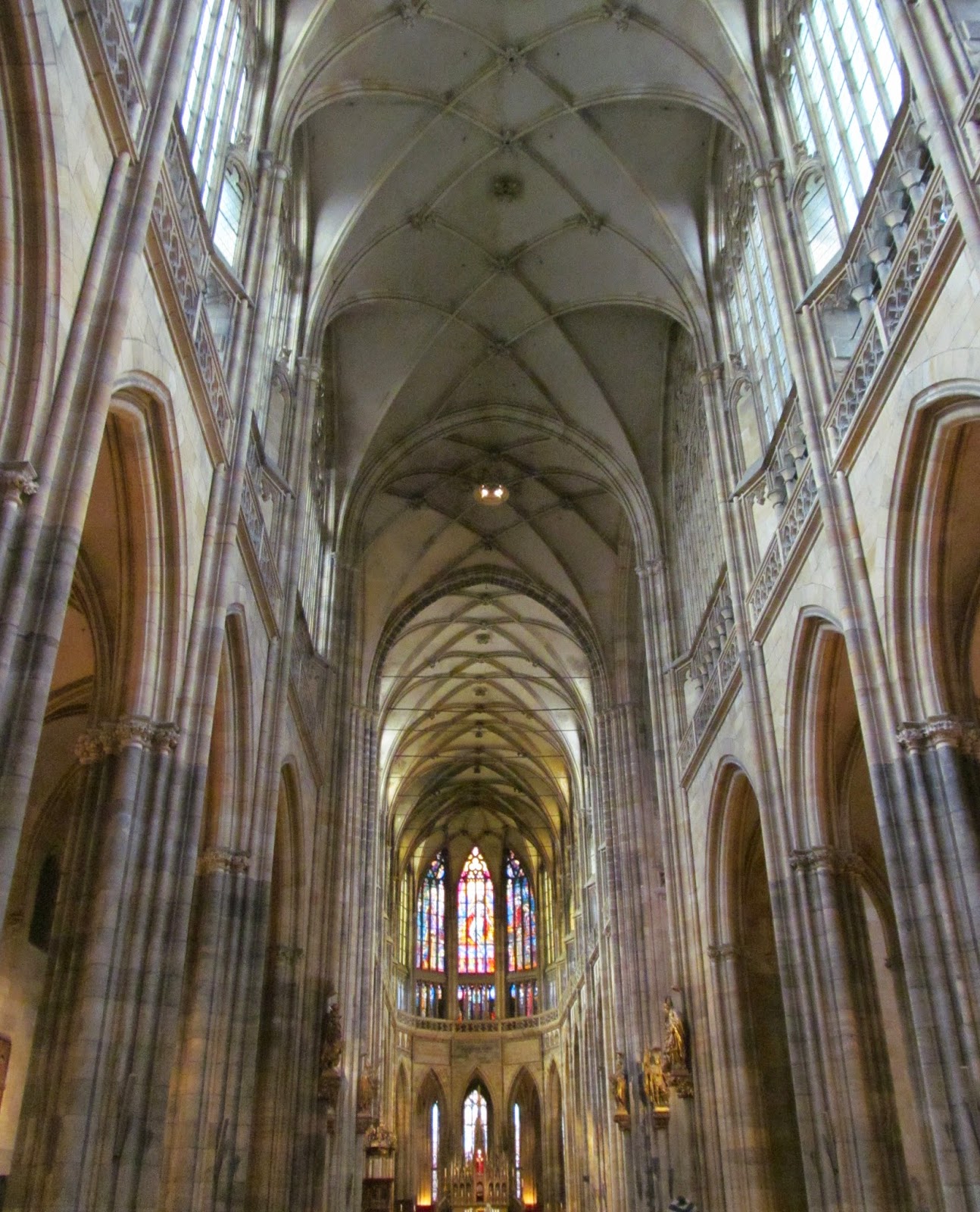 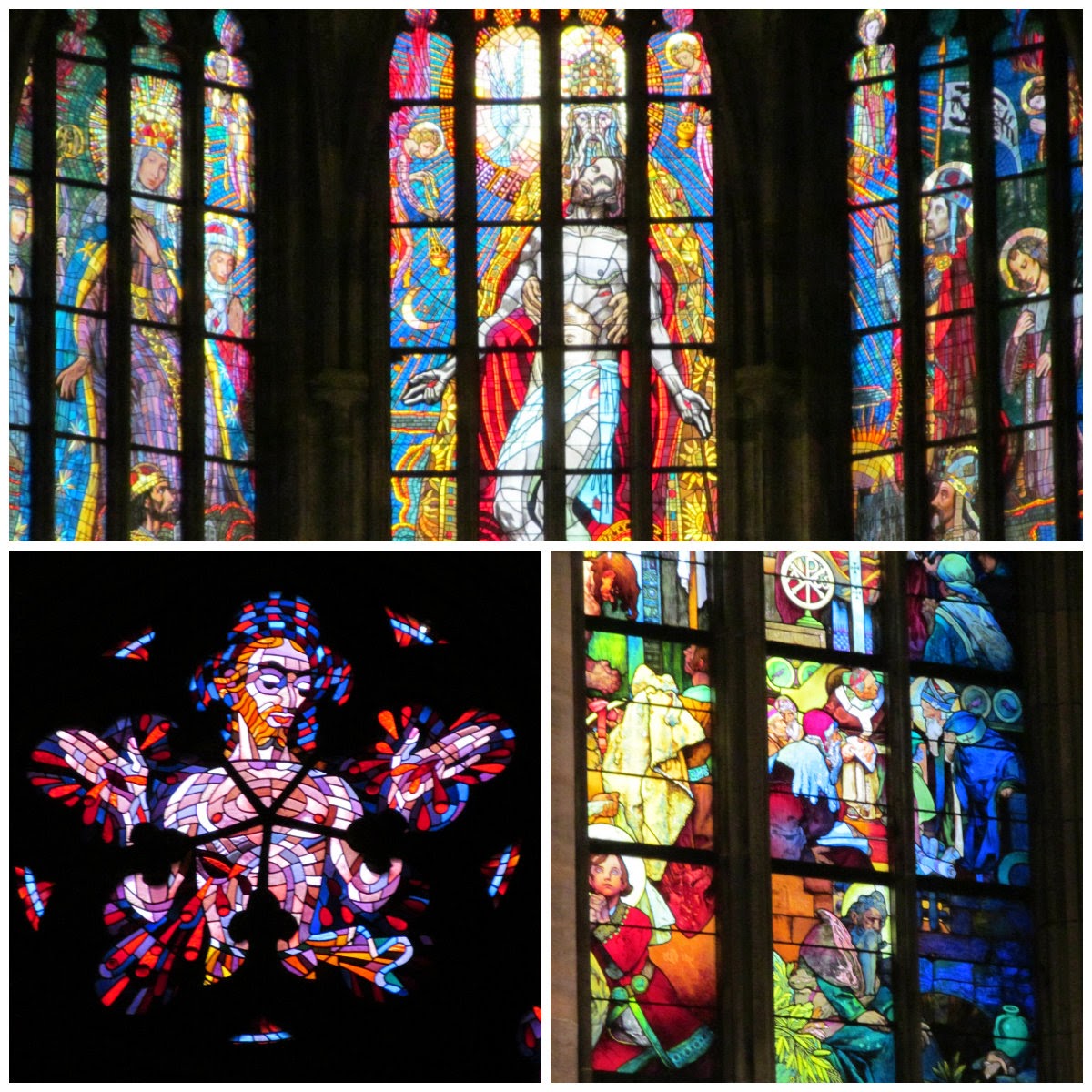 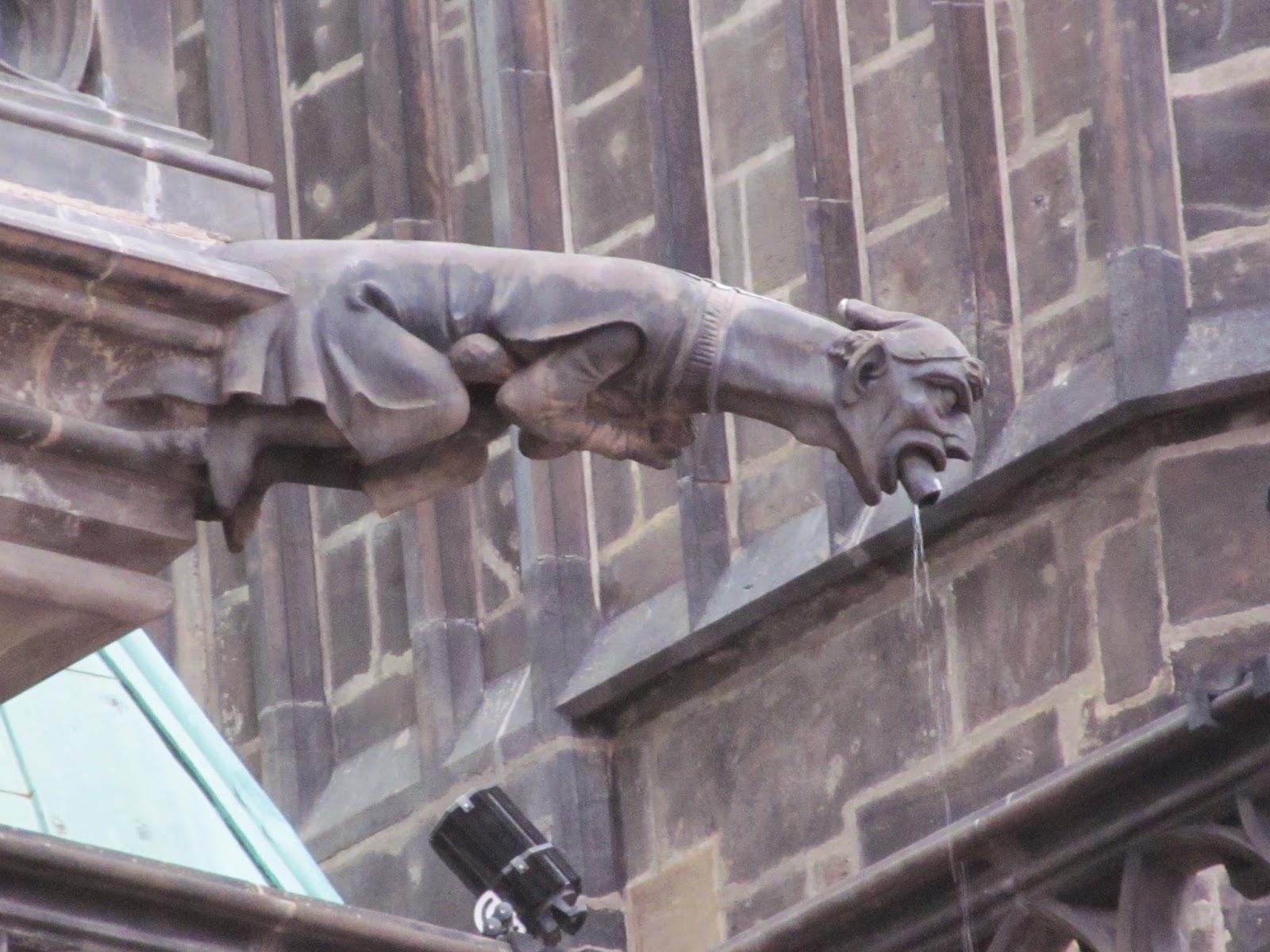 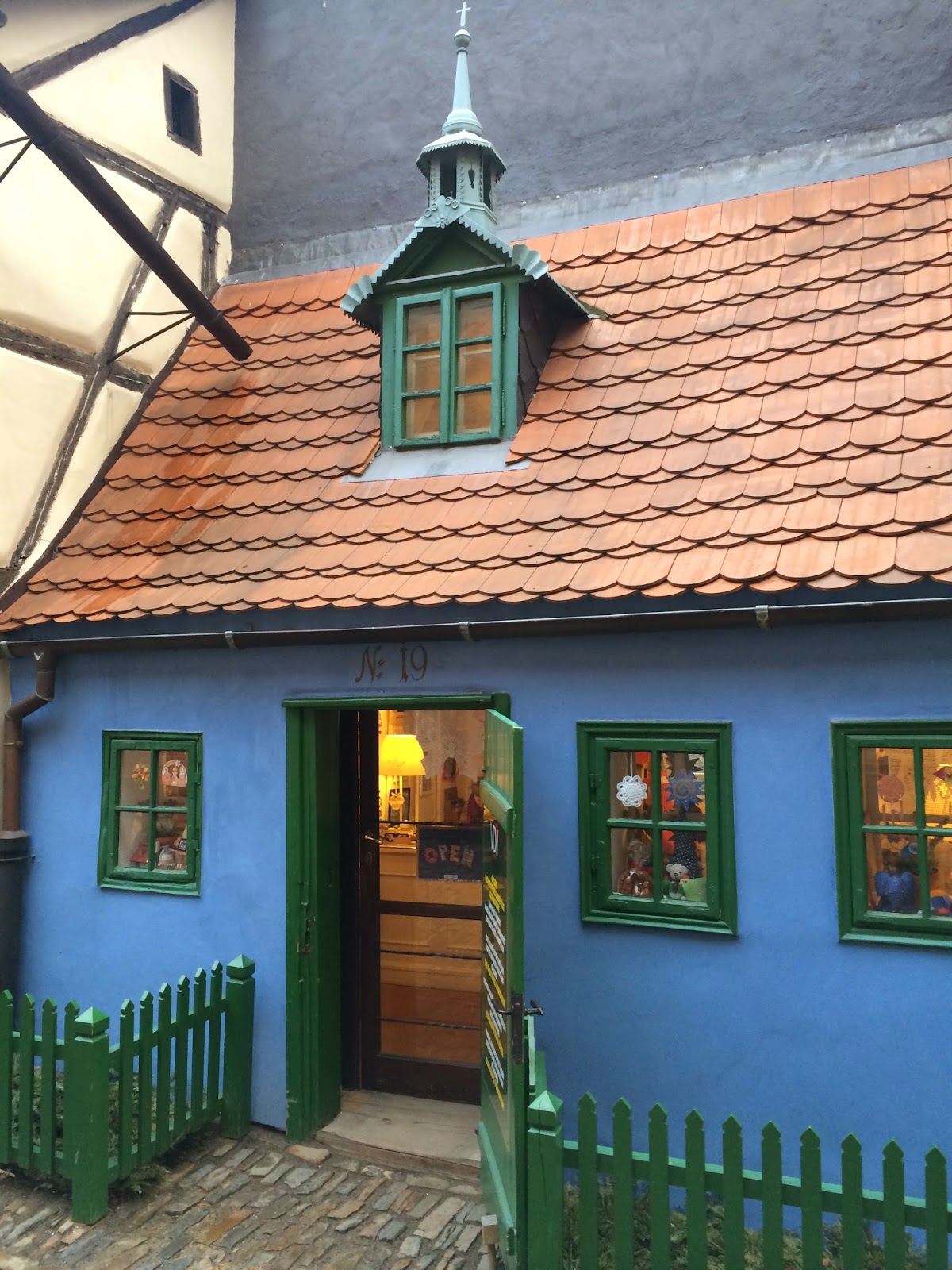 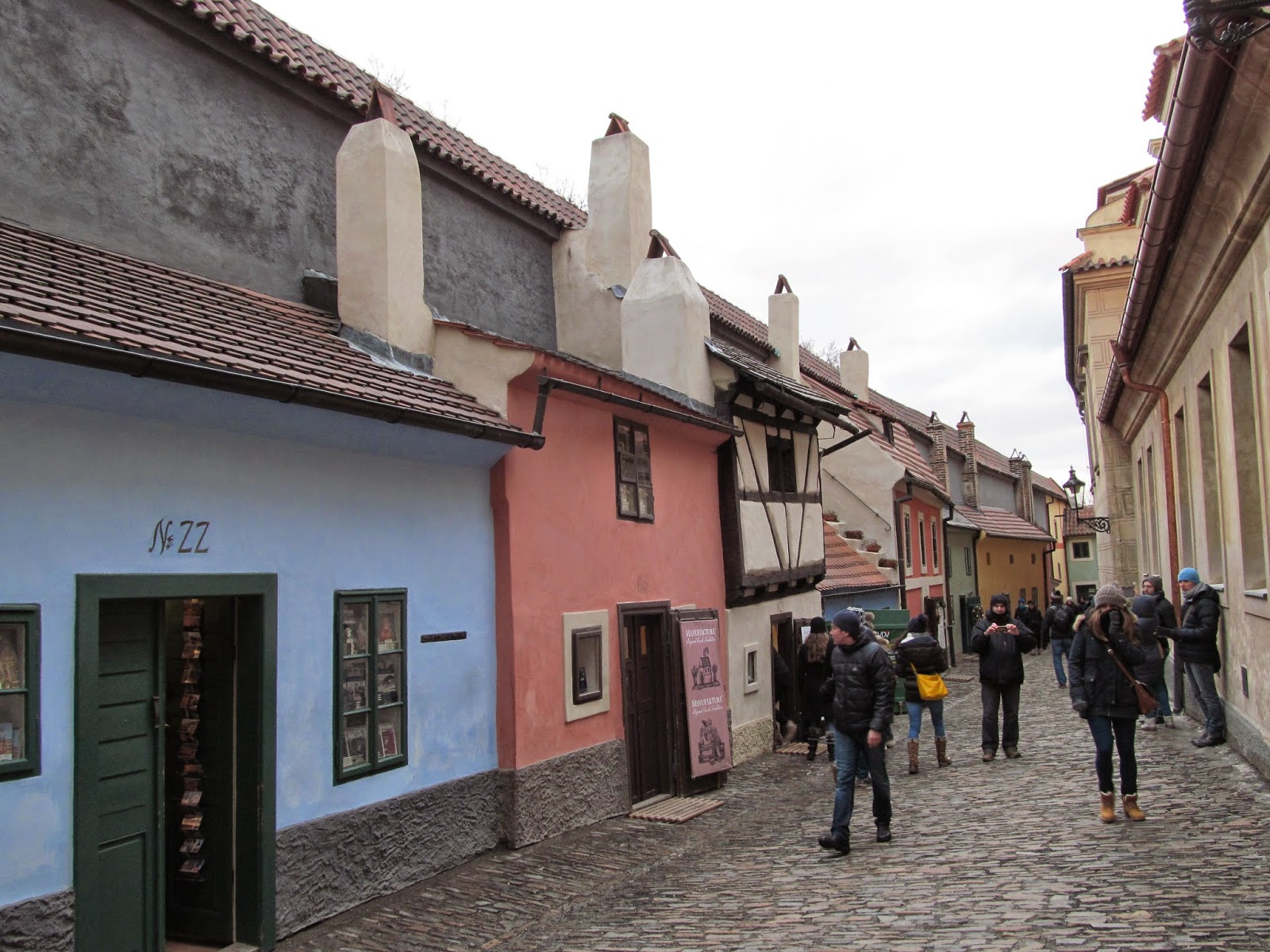 The magnificent St Vitus Cathedral is the fifth largest in Europe and its stained glass windows are the most incredible I’ve ever seen. Designed by famous Prague artist, Mucha, they are in his classic art noveau style and were vivid, detailed and a tad creepy, but I was fascinated by them. Nearby is Golden Lane where Franz Kafka lived with his sister for a few years, and is now an adorable, colourful narrow street, perfect for some tourist photos.

On our own time, we wandered down to the Charles Bridge which has huge looming statues on each side, depicting various parts of Czech history or saints and other religious figures. The view from each side is completely gorgeous with towers, winding streets and petite houses by the river that I could’ve looked at for days (if it wasn’t so bloody cold that is). Prague is one of those places where you take hundreds of photos of buildings, just because. It is also incredibly cheap, and perfect for a quick trip away with a flight time from Heathrow of only two hours. Despite the weather, it really is a beautiful city, and I’ll definitely be going back to see a little further afield. 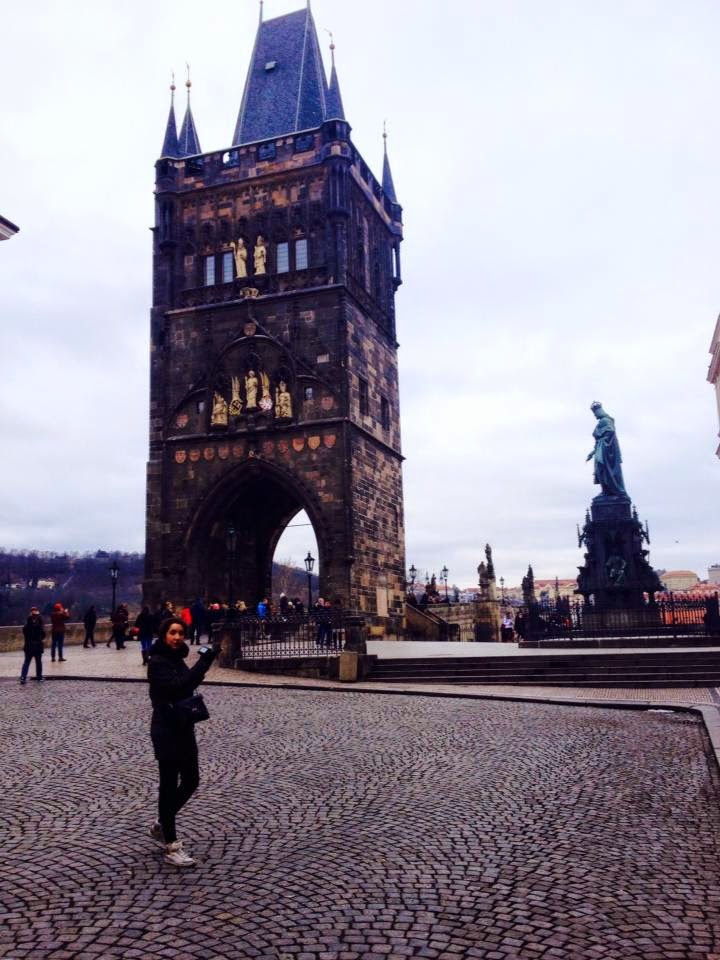 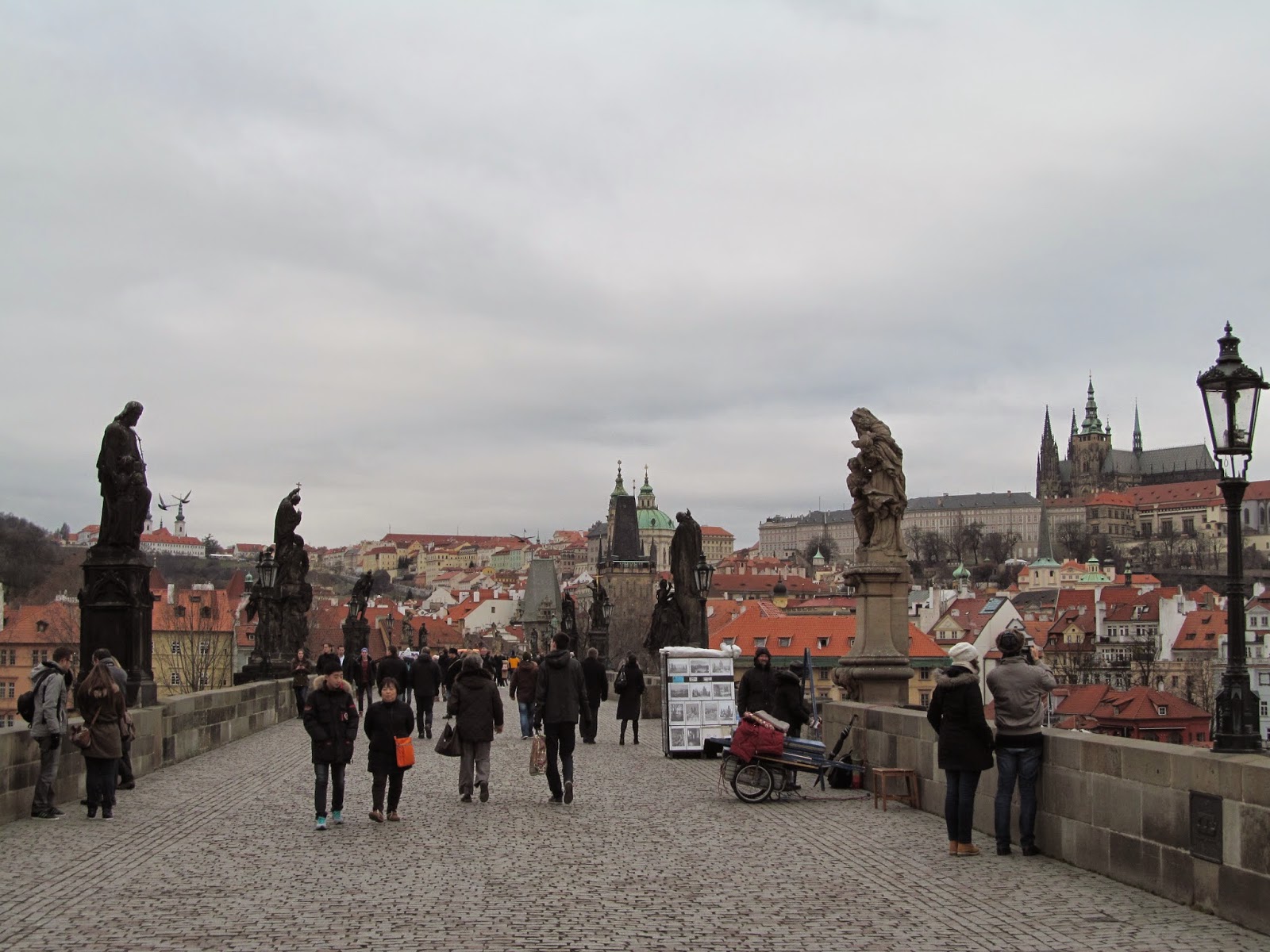 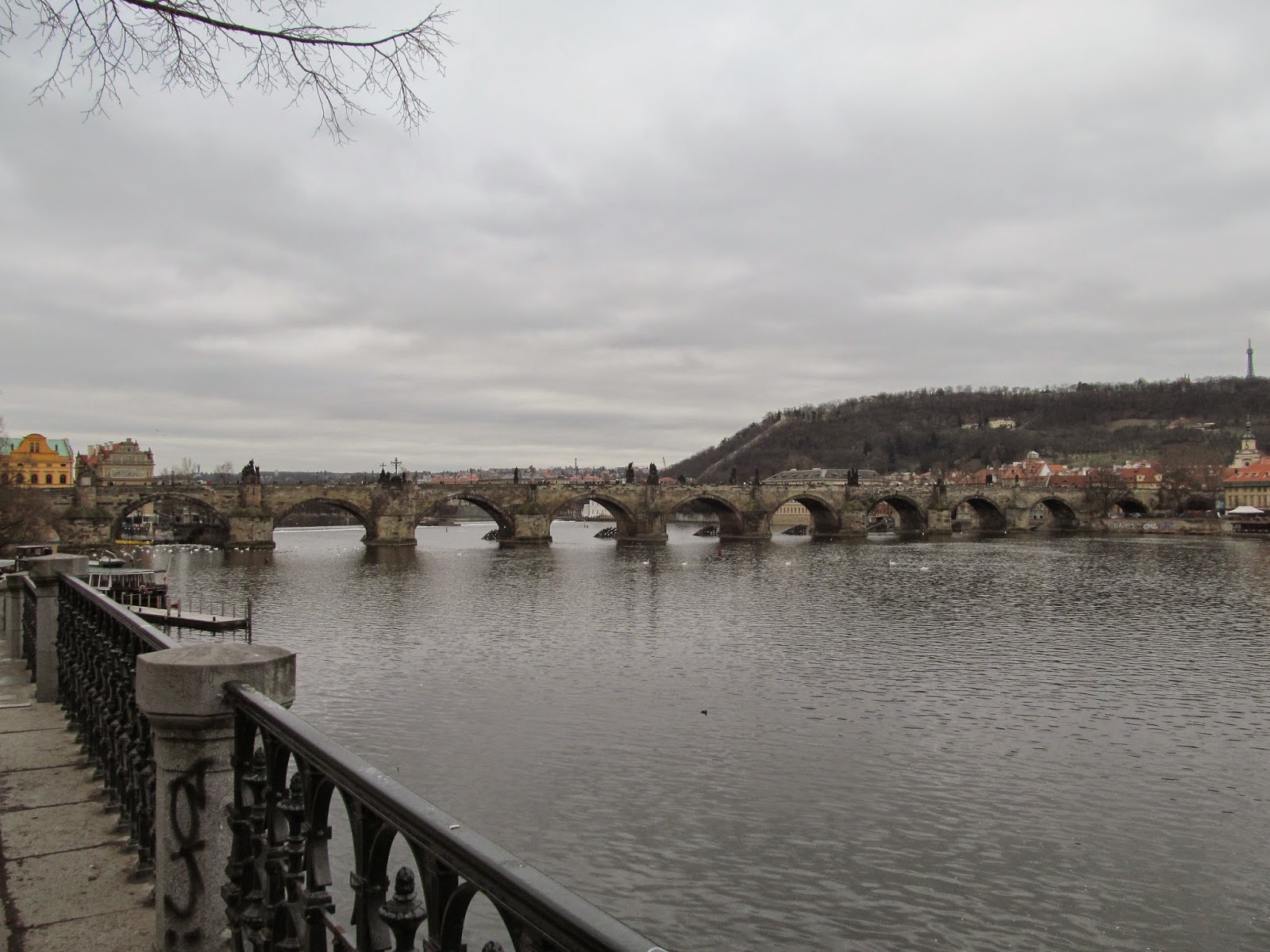