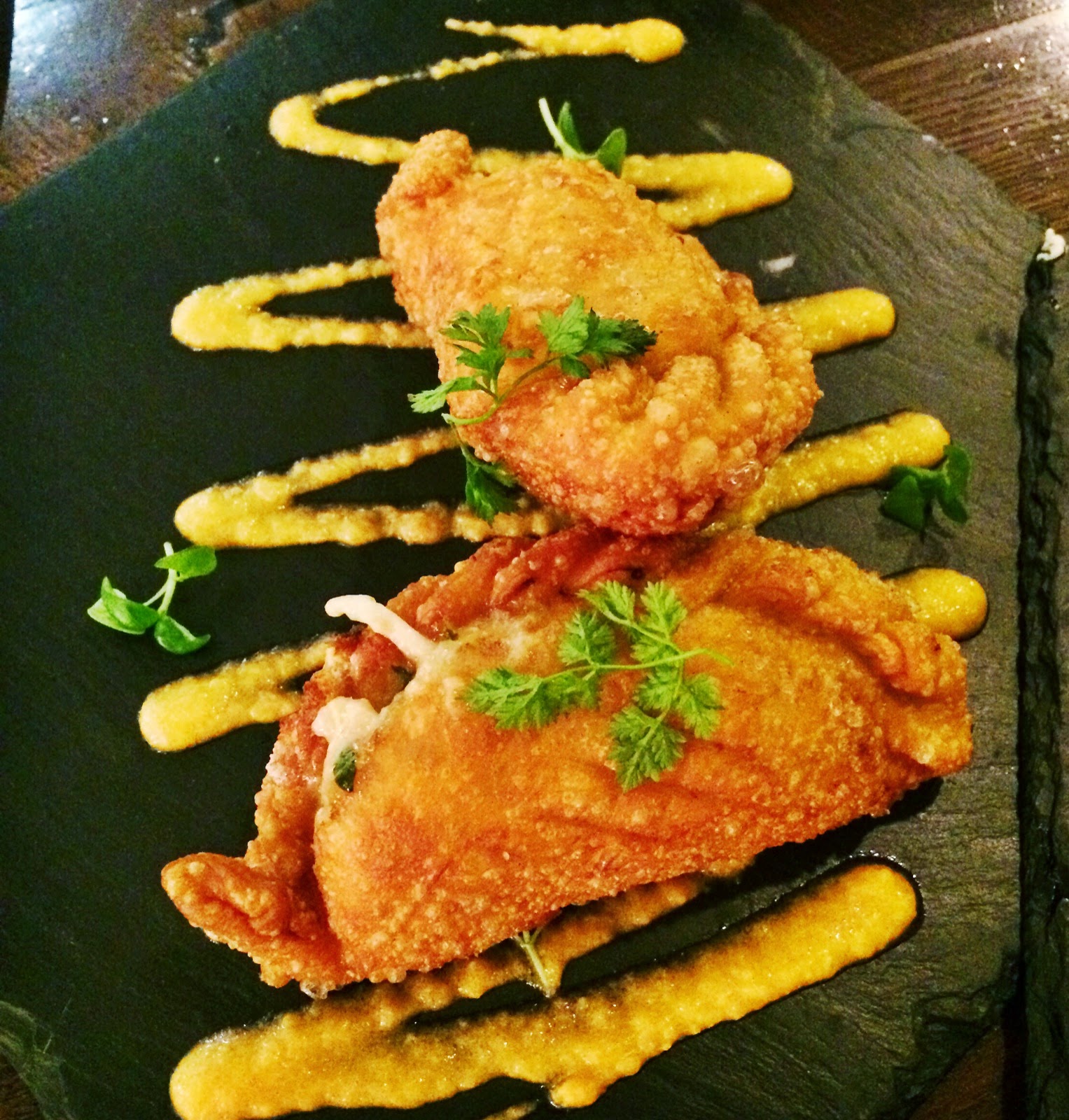 Have you been to Kingly Court recently? Where did all the new restaurants come from?! It’s three levels of far-too-exciting, I didn’t really know where to start. We headed into Whyte & Brown which is spread across the ground and first floors, decked out in sturdy metal framed tables and relaxed wooden chairs, the basic set-up reflecting the basic theme to their menu: chicken.
As the starters all looked so good, we actually decided to share a load of them instead of ordering a main. This is a guaranteed way to avoid food envy which is the scourge of most of my mealtimes.

The chicken and cheese empanadas were crispy, as they should be, and although the smoked chicken didn’t pack much of a punch, the cheddar cheese in there made it salty and have a creamy texture. Ultimately I’m a fiend for pastry, so they were a good place to start. 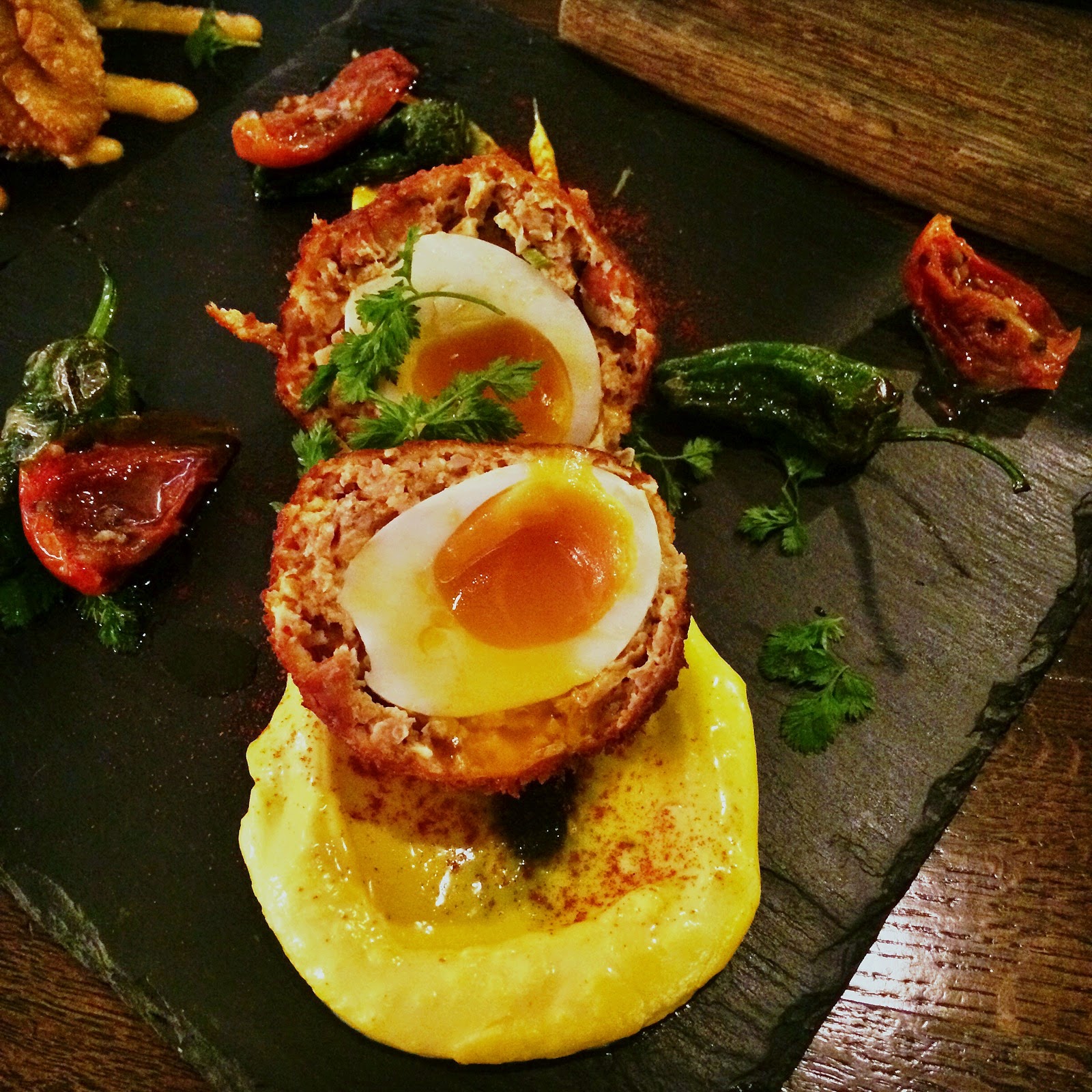 I’ve recently unintentionally been to places that ‘specialise’ in scotch eggs, so it seemed obvious to order Whyte & Brown’s ‘Spanish style’. It wasn’t so much the style but the ingredients that make it Spanish: chorizo, manchego cheese and padron peppers. The yolk was soft which is definitely the way I prefer it and I couldn’t really get the cheese, but the chorizo was a tiny bit spicy and, because it’s pork, gave it the traditional taste of a scotch egg. 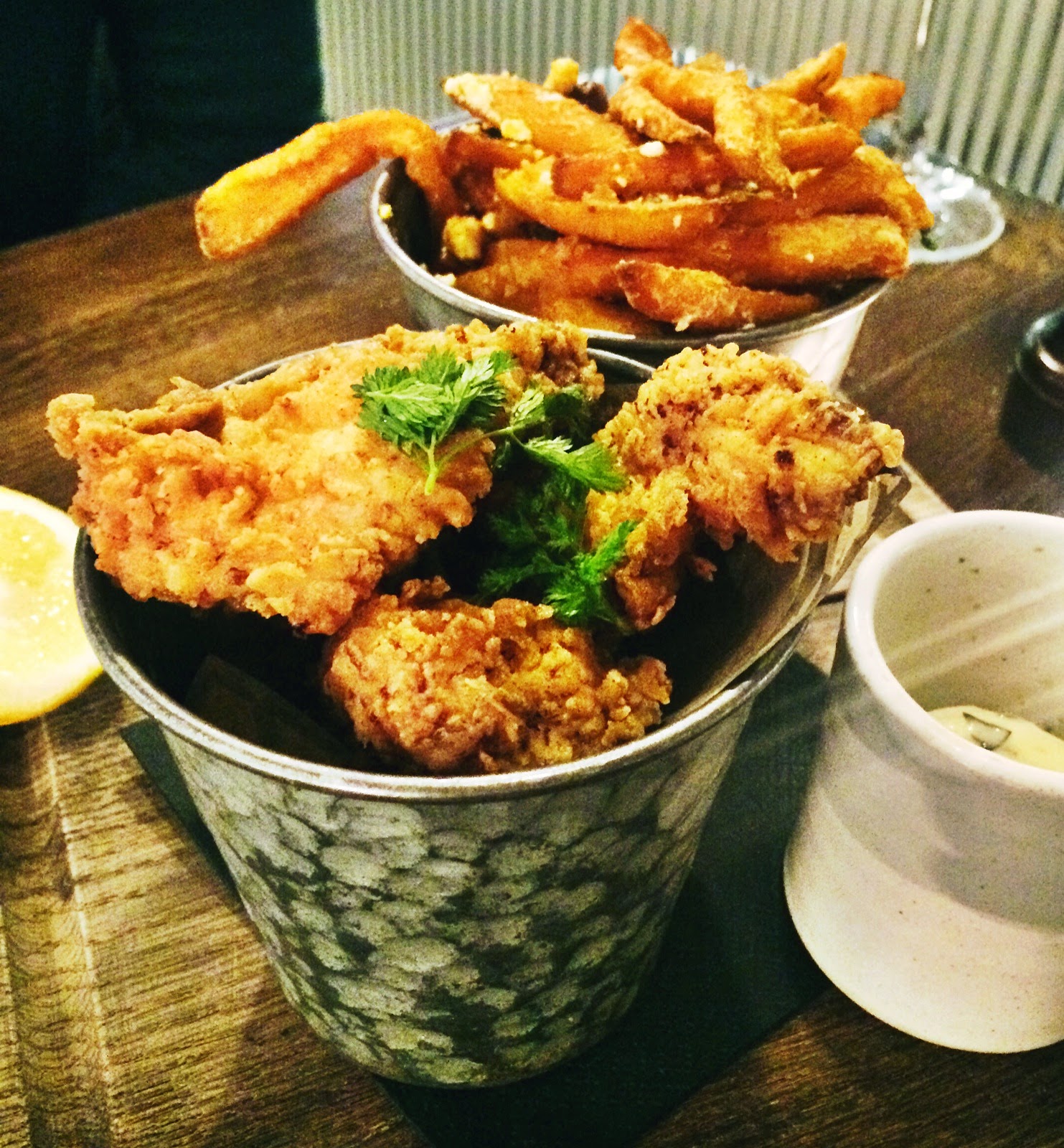 My favourite dish was the crispy buttermilk goujons, flavoured with spiced paprika and served up with garlic mayo. I feel like buttermilk fried chicken is the new brioche burger bun (which will soon be kicked out of favour by ramen because that stuff is EVERYWHERE), but I don’t mind – it is definitely a very good way of cooking chicken as it gives it a crispy skin without being greasy. Paired with sweet potato fries, it’s basically a middle-class takeaway, so there’s not much to dislike.

Whyte & Brown is a simple and affordable place to spend a casual evening in central London. Placed a stone’s throw from Regent’s Street, so definitely consider it as a refueling station after some hefty shopping duties too.