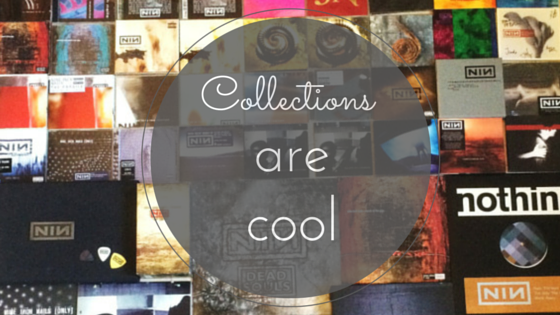 Since I can remember I’ve always collected something. At a small age it was badges and pressed pennies, then from the age of about 10 it was anything with Eeyore on it. Bags, clocks, notebooks; I had a rug in my bedroom, pyjamas, bubble bath – I was The Disney Store’s biggest customer by miles. As I entered my teens, my fascination turned to music and a dedication to owning every release in every format possible for my band of choice. First of all it was Blink 182, then it was The Cooper Temple Clause and overlapping the both of those was Nine Inch Nails. The latter is the one that I’ve continued collecting and have been doing so now for over ten years. 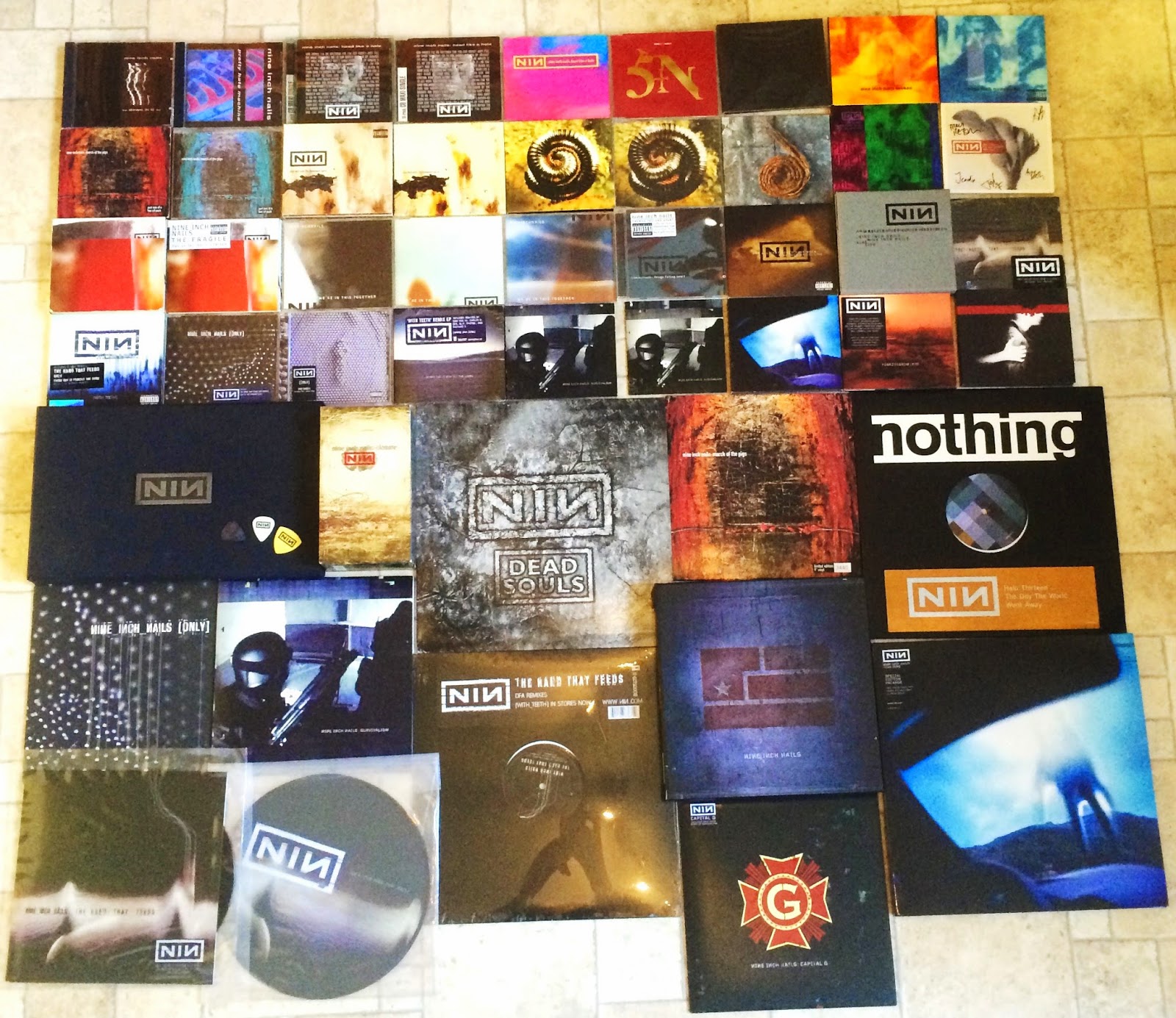 My collection spans from foreign versions, limited editions, world tour posters and rare VHS releases. It goes beyond what you can buy in shops and online by including plectrums, drum sticks and even Trent Reznor’s tambourine from an amazing Brixton Academy gig (ask me how I obtained it, but know that it includes me being a bit…bitey). But why? 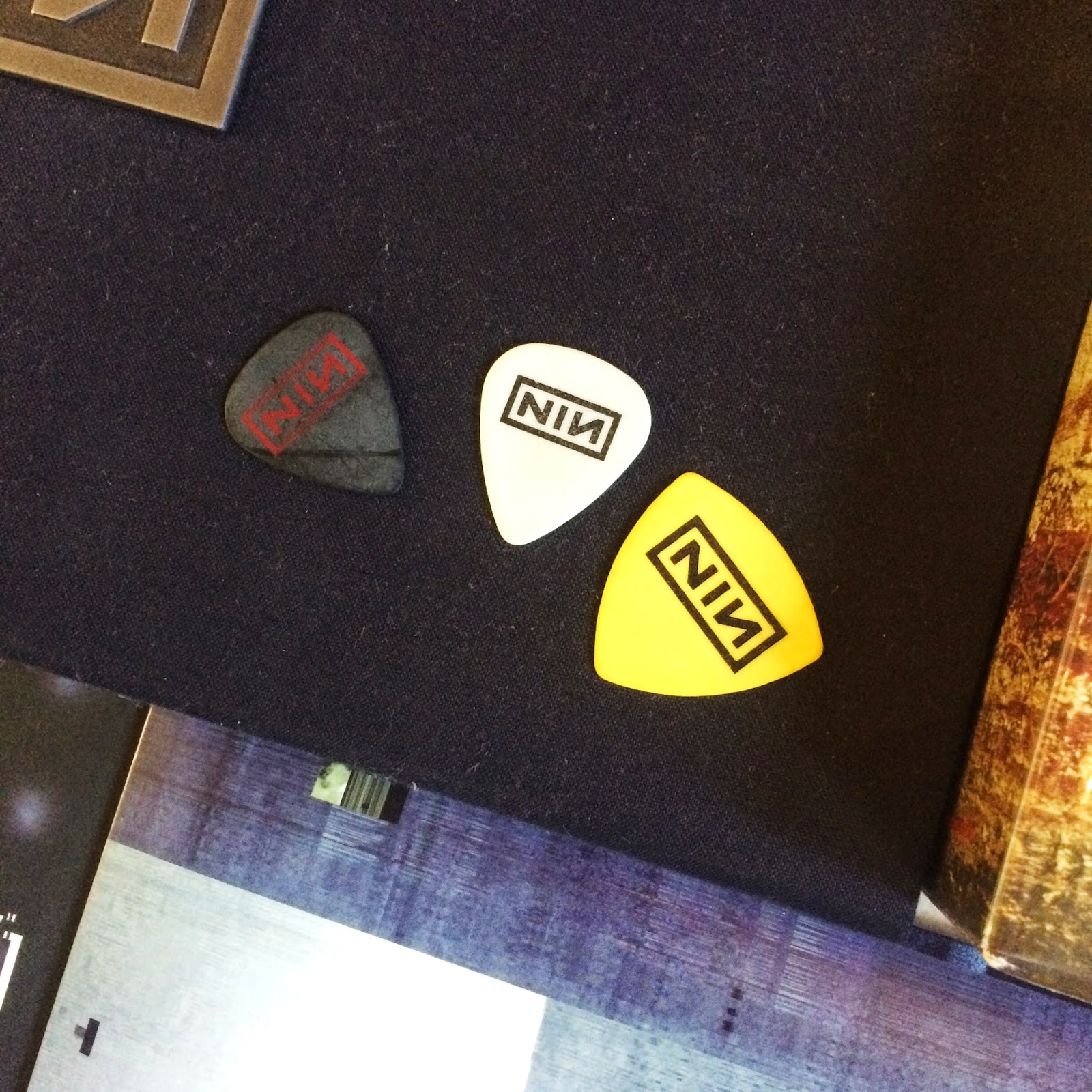 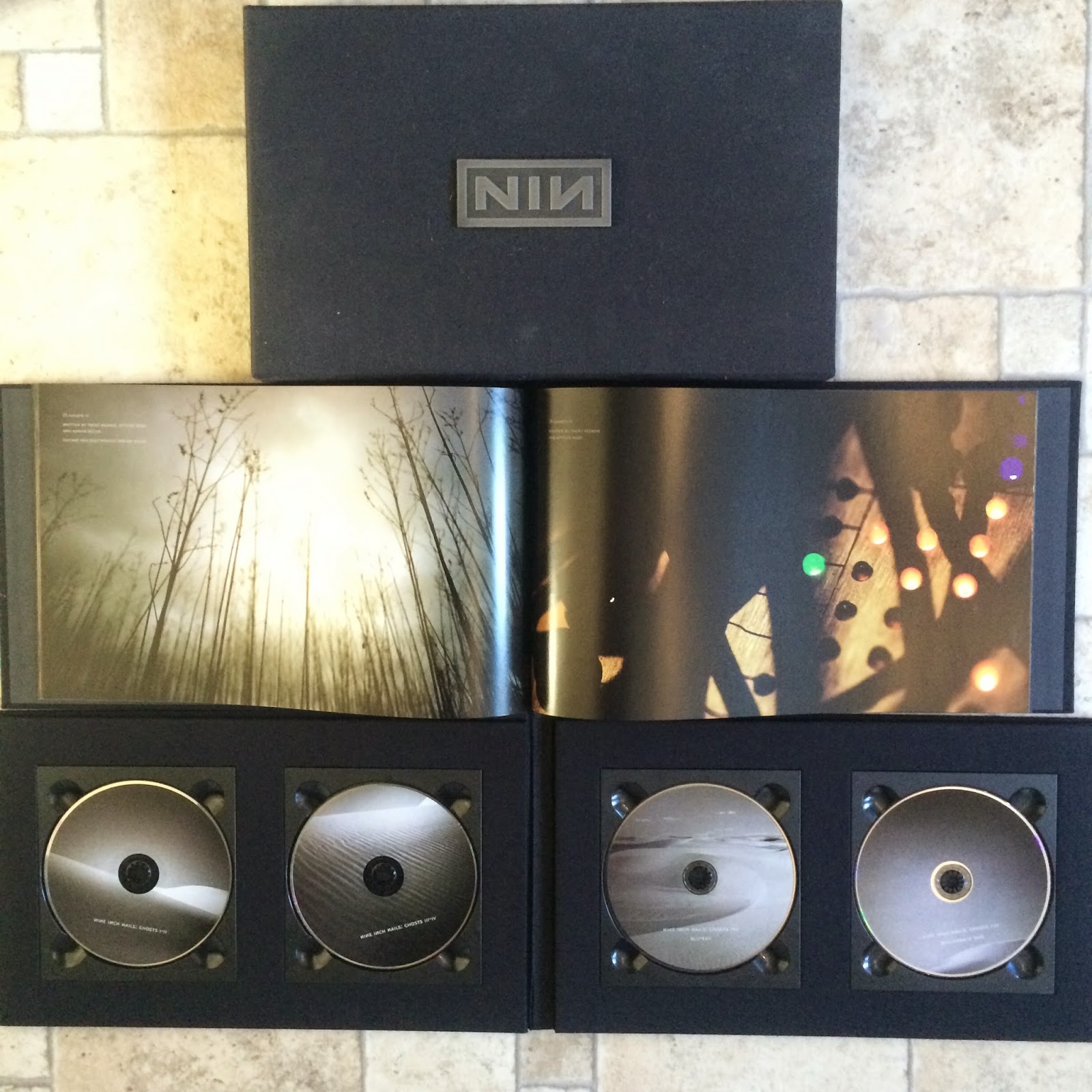 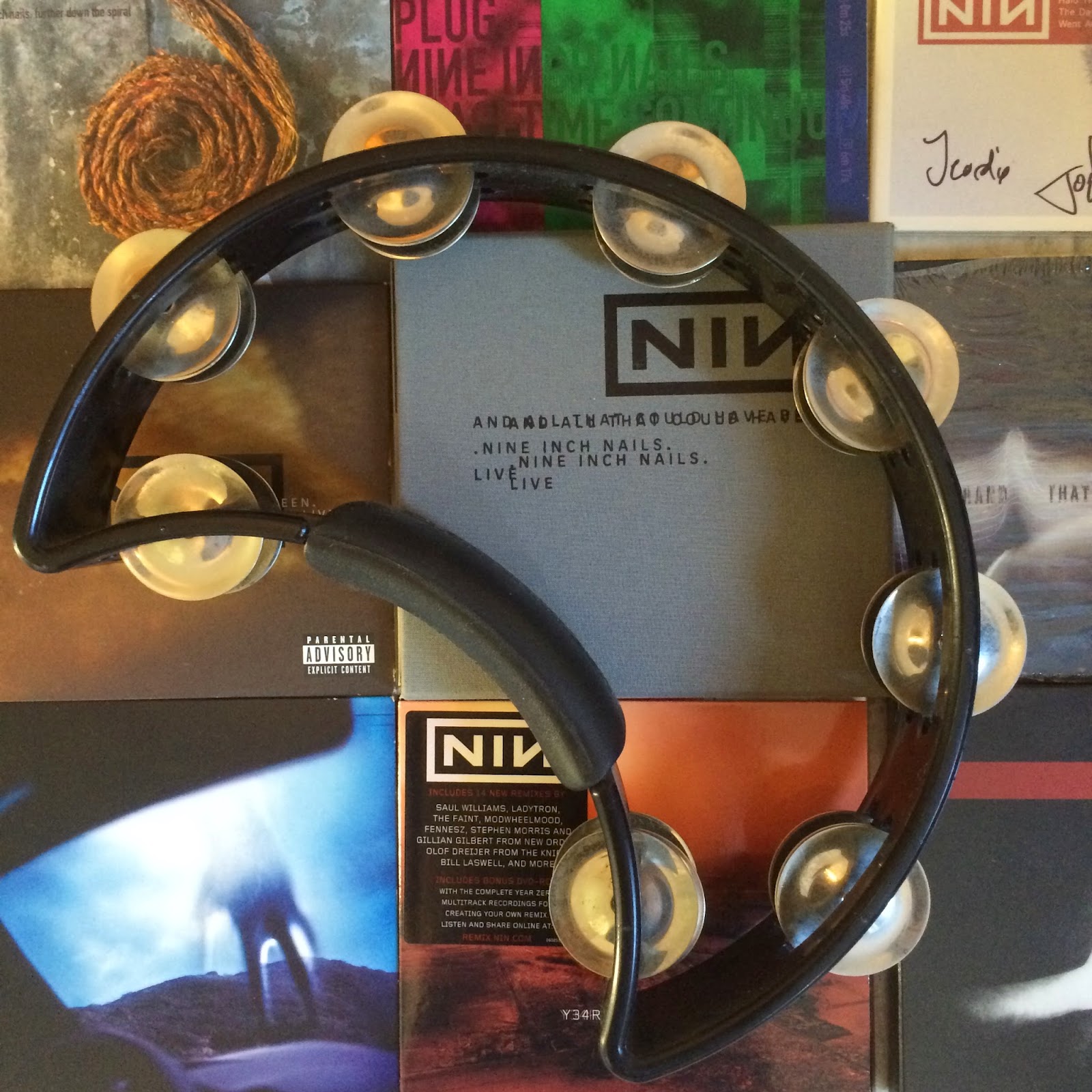 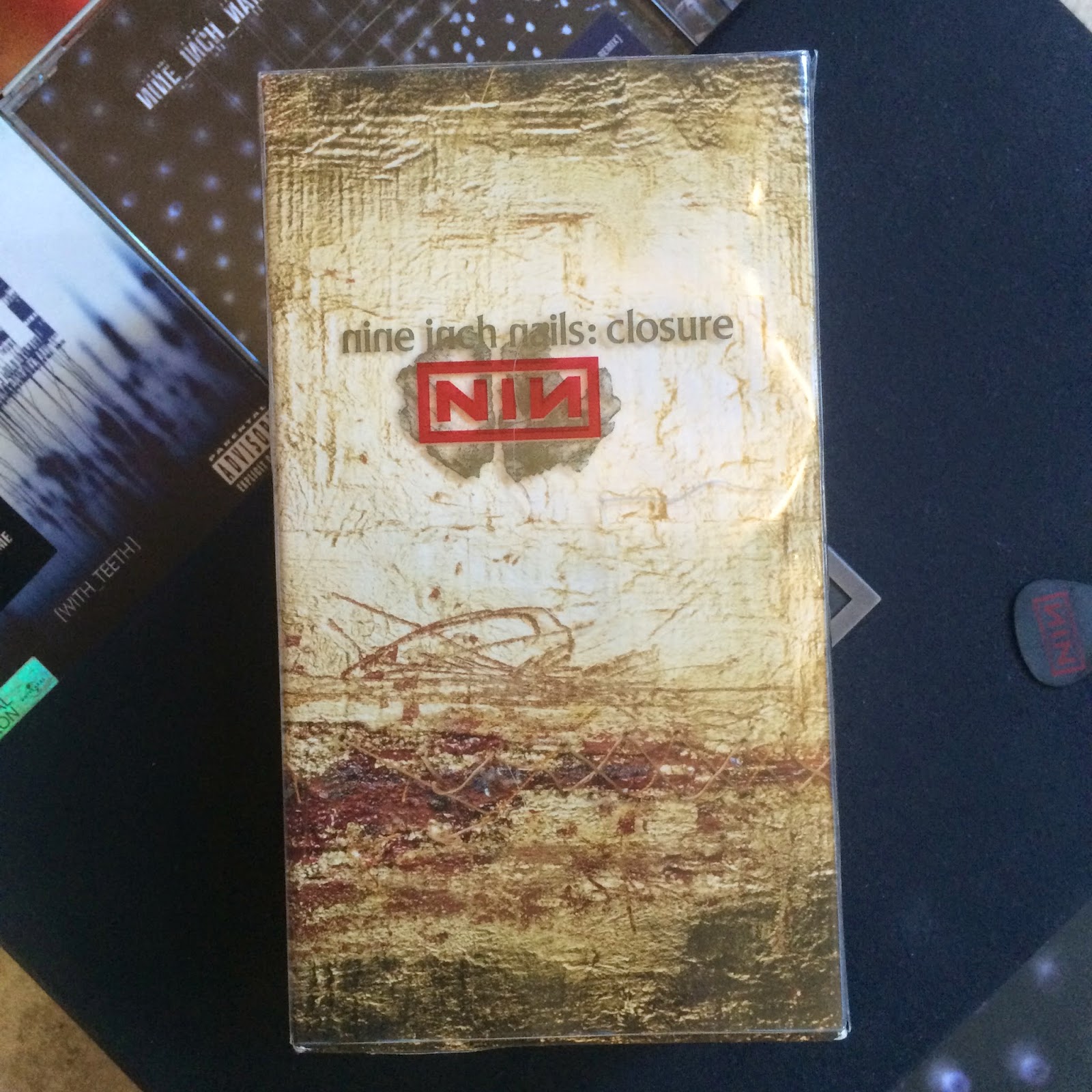 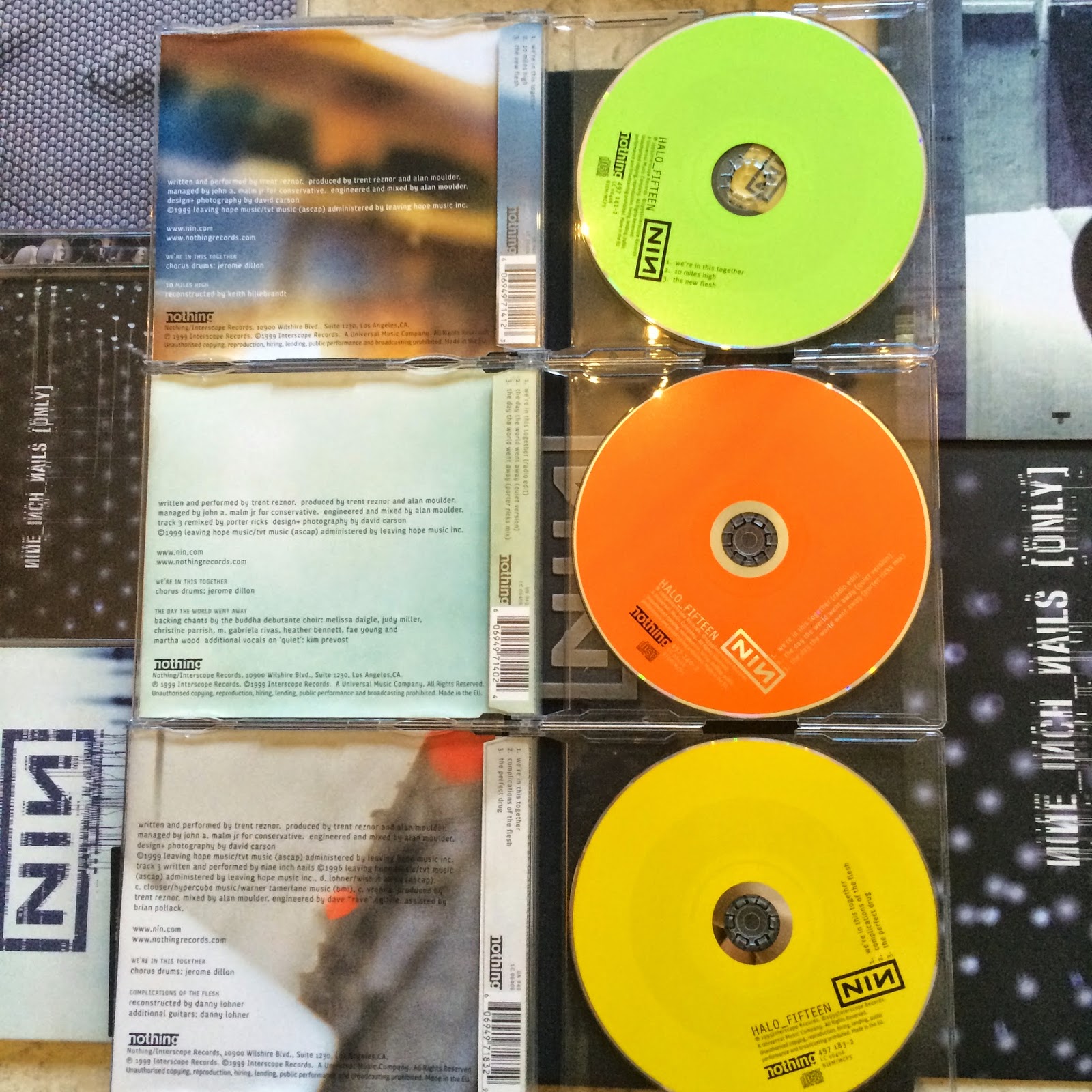 Yes, there is a deep love/obsession with the band, but people don’t collect just for obsession. It’s finding a fascination in the nuances of something that is seemingly very similar. There is certainly a rush to finding something rare and a collection always looks better when it’s growing. The thing is, a collection is very rarely complete; in a world of consumerism, brands and bands churn out variations of the same thing over and over in order to capture the imaginations and monies of the general public. What’s that? You’re releasing a different version of that album in the US, UK and Asia? And each one comes with a secret track that’s never been heard before? SHUT UP AND TAKE MY MONEY!

But a collection does inspire conversation. It’s normally a bit of a surprise to find out what somebody has spent a lot of time and money carefully curating. That girl opposite you on the tube, she collects London underground paraphernalia; that guy in front of you at the supermarket, he collects vintage sweet wrappers (that particular guy is actually my uncle Robert). You can never guess just by looking and that’s what makes a collector so interesting. They have a passion about something you don’t understand; they have the ability to talk in depth and with feeling about a subject without a hint of irony or desperation to impress which is so rare.

I enjoy finding out the history behind a collection: what started a person off, what made them continue, why they still maintain it. I’d love to know what collections you have, so let me know in the comments.