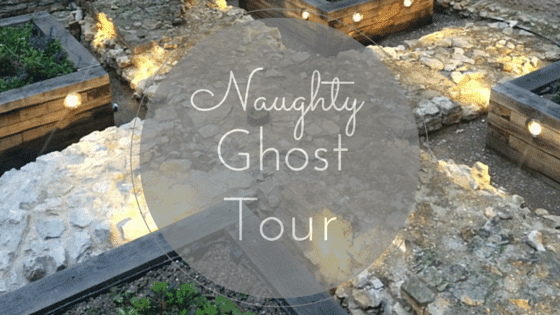 I’ve proclaimed on this here blog many times that the best way to see somewhere is on foot, and that includes my own fair city of London. The Naughty Ghost Tour is half scary, half comical and focuses on the London Bridge area, starting in The Boot and Flogger pub where I caught up with AJ, Katy and Leanne and knocked back a few glasses of red wine to get us prepped for a walk in the cold. 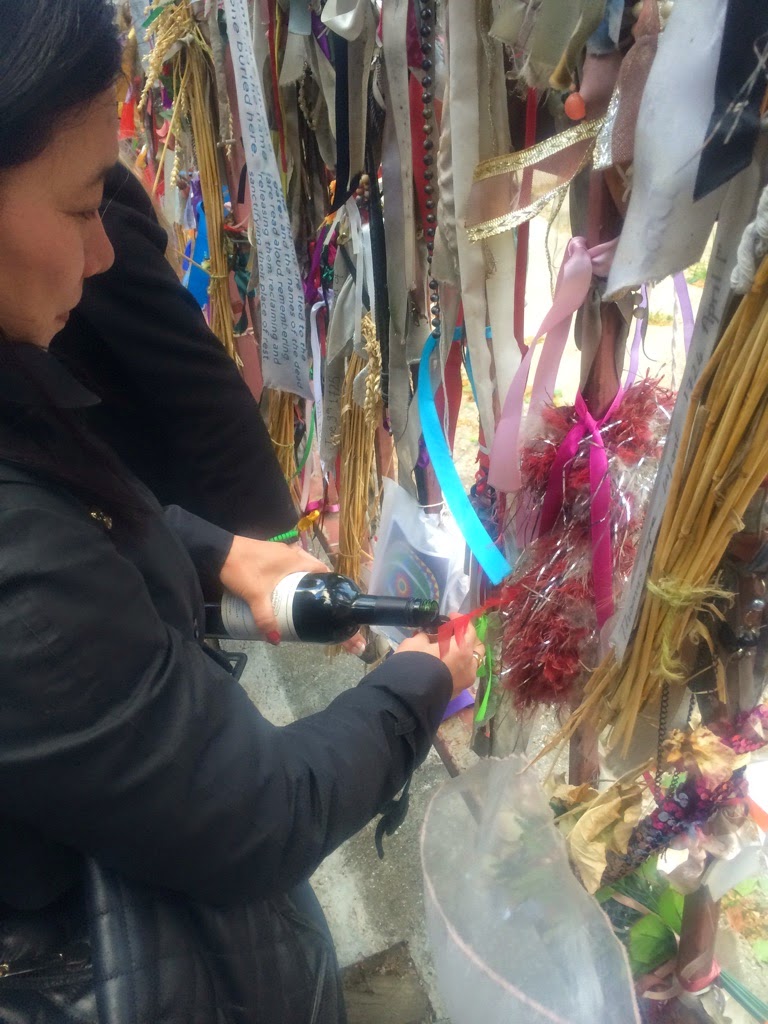 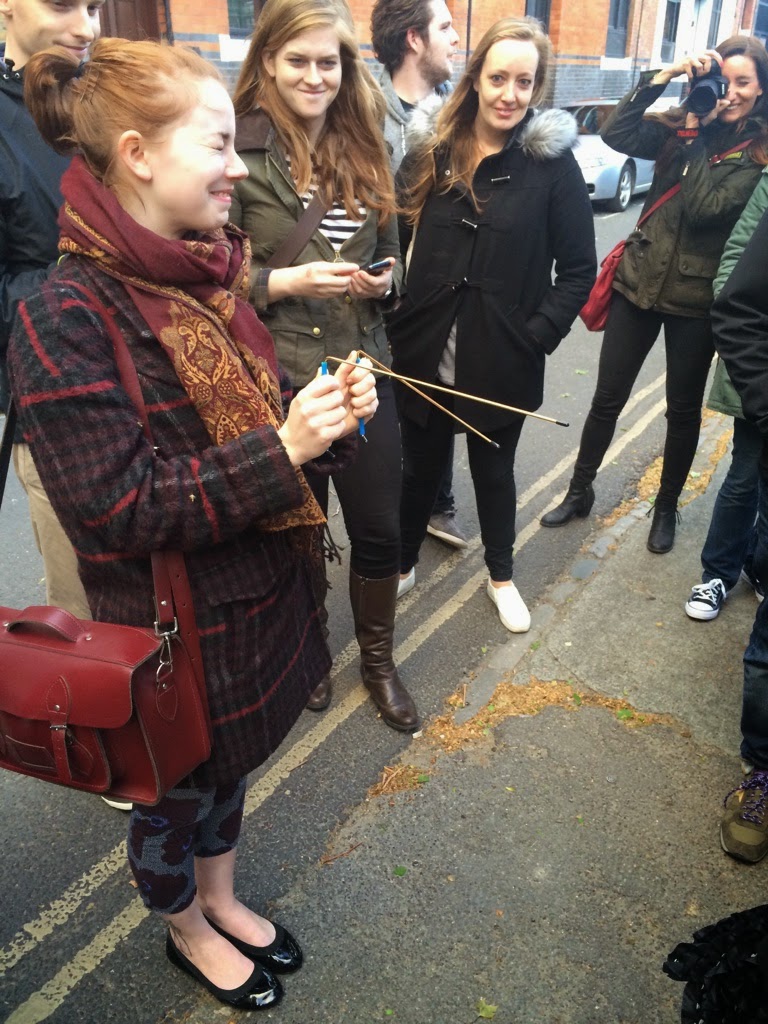 Just across the road was the Crossbones Graveyard, the last resting place of prostitutes, paupers and plague victims. The railings are covered in charms, ribbons and gifts to those long past and was the first place our guide brought out the divining rods. These are said to pick up on the presence of nearby spirits. They weren’t having any of it, so a fellow walker suggested that we needed to give them an offering. AJ pulled out the bottle of red wine she’d brought along for the ride and we threw a capful through the railings, and lo and behold, the rods started crossing! 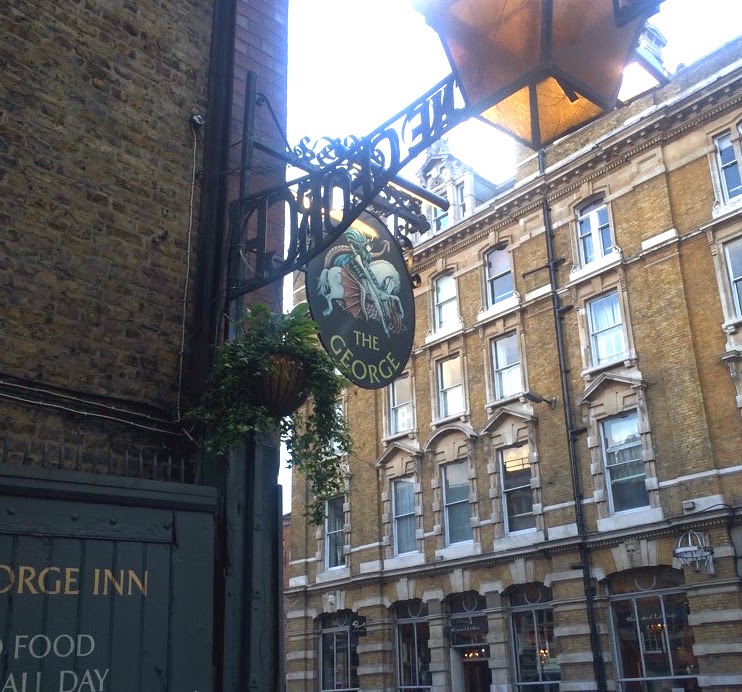 We then walked down the road to The George Inn, a pub I’ve been to before for its great beer garden. Little did I know it was built in 1543 and can count Shakespeare and Dickens as past regulars. It’s haunted by Mrs Murray, a previous landlady who blames the invention of the car on her drop in custom. It’s been said that people’s phone batteries have drained unexpectedly while sat in the pub, but maybe they’re just taking too many selfies. 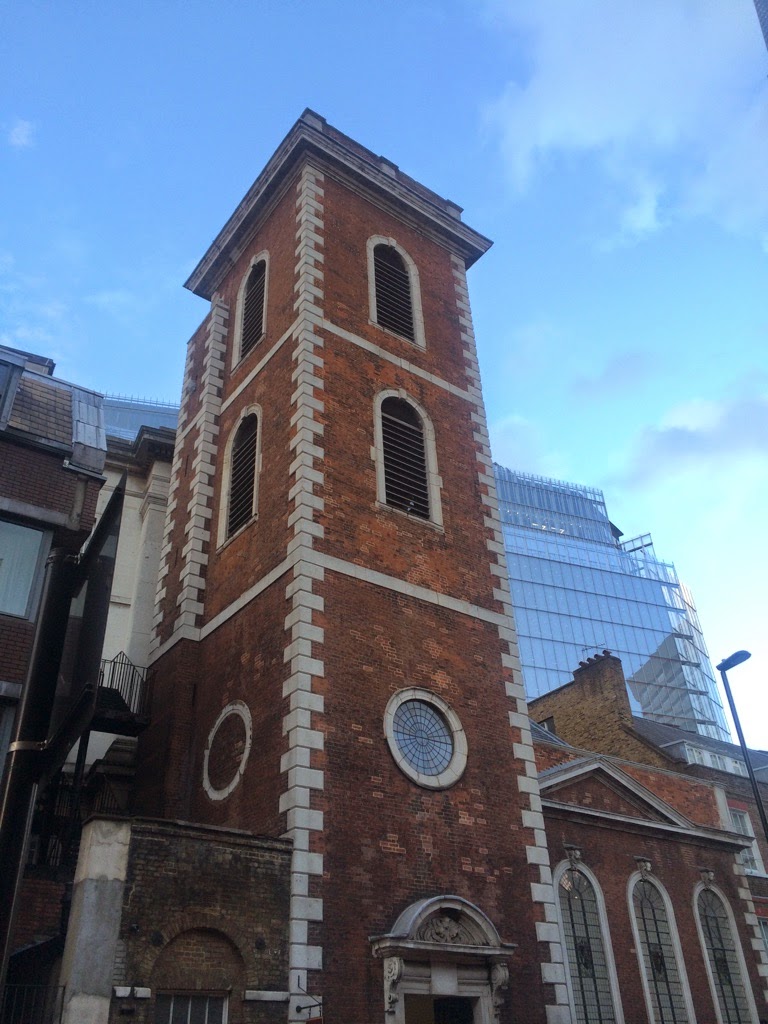 We then headed over to Southwark Cathedral – a building I’ve walked past numerous times on my way through to Borough Market but which I’ve never stopped and looked at. It used to be a convent, set up by Mary Overs, the daughter of John Overs. He was a stingy fisherman who found out that when the master of a house dies, the servants stop eating for a week out of respect. In order to save some money, he pretended that he died, but instead of mourning they celebrated. When he jumped up to tell them that he was still alive, the servants thought he was a ghost and subsequently twatted him about the head with a blunt instrument. His daughter was so distraught that her father had died that she sent for her lover for comfort. In his desperation to reach her quickly, he fell off his horse and died, leading Mary to believe she was cursed and leaving her with no choice but to open a convent and become a nun. Drastic, huh? 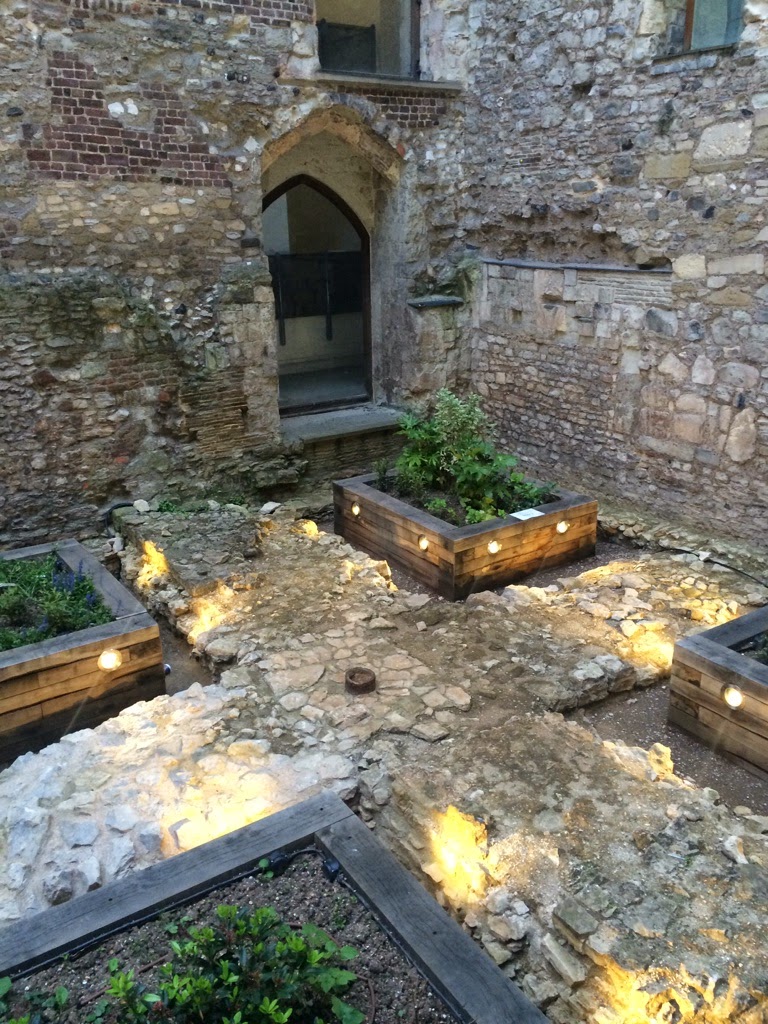 We went on to the Golden Hinde, the famous ship that, when aboard, Francis Drake apparently sold his sold to devil in order to beat the Spanish Armada. And then onward to the remains of Winchester Palace, the bishop of which controlled all of the brothels in the area. Both of these are within striking distance of the famous prison built in 1144, The Clink, said to be haunted by a priest and a little girl.

We finished the tour next to The Globe at Cardinal’s Cap Alley- named after the cap left behind by the cardinal during an illicit rendezvous in the laneway. Saucy! It was enough to make me want a drink, so we went to the Anchor Tavern – haunted by the dog of a Shanghai’d sailor, featured in Pirates of the Caribbean, but also home to a reasonably decent beer selection which rounded off the evening nicely. 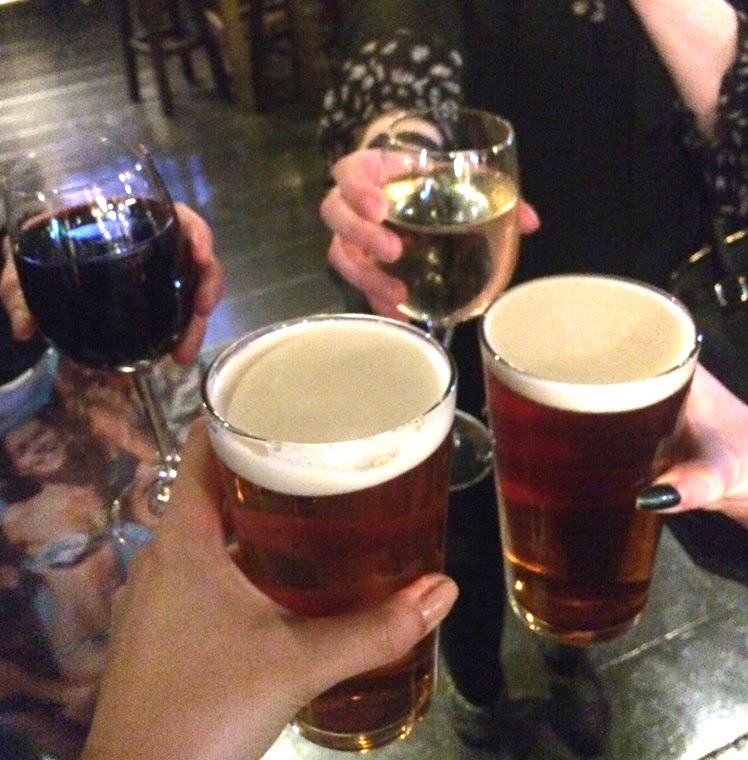 Thanks very much to Best LDN Walks and Lantern Ghost Tours for inviting me along to this tour. I was invited to attend for free but not obliged to write a review. All opinions are truthful and unbiased.