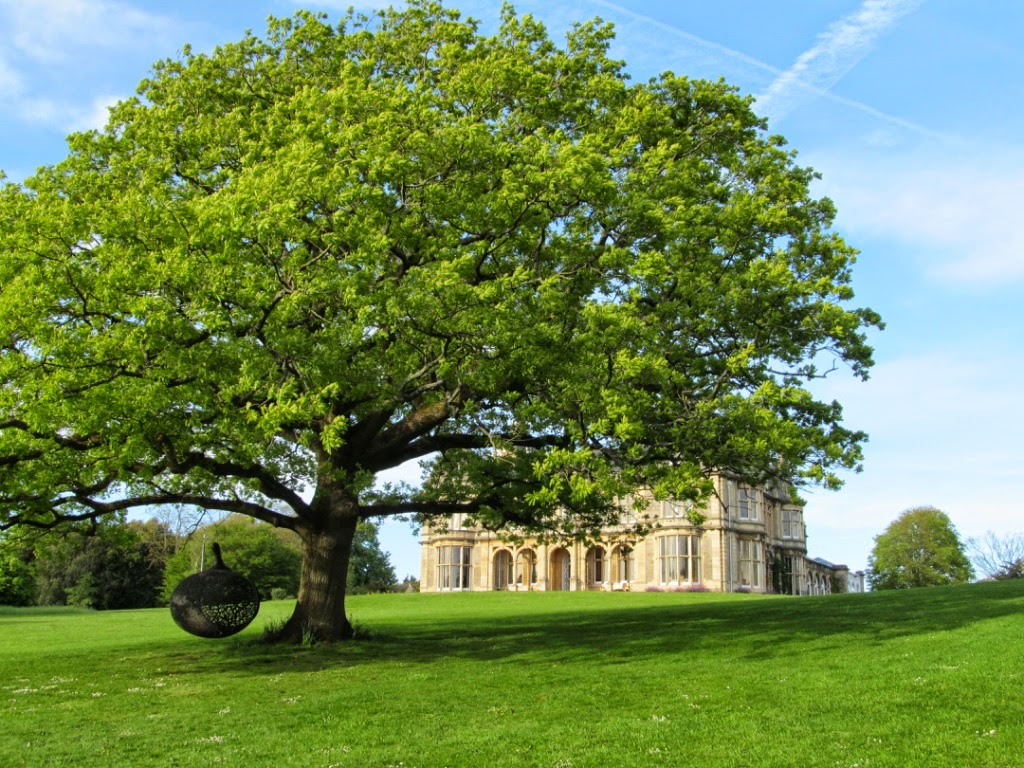 It’s very rare that I’ll do a weekend trip away in the UK. I’m all for a full blown staycation; a week in Cornwall or the Lake District, but one night away has always seemed like too much of an effort. My recent trip to Clevedon Hall* completely changed my opinion – I can’t begin to tell you how lovely it was to escape the city for 24 hours. 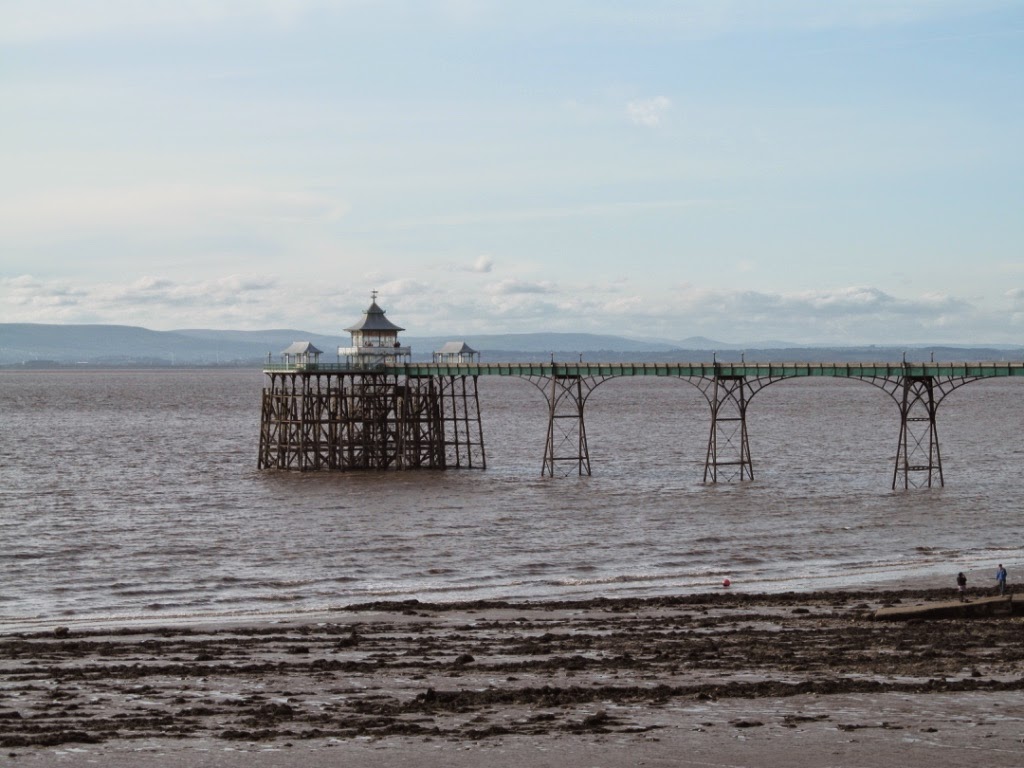 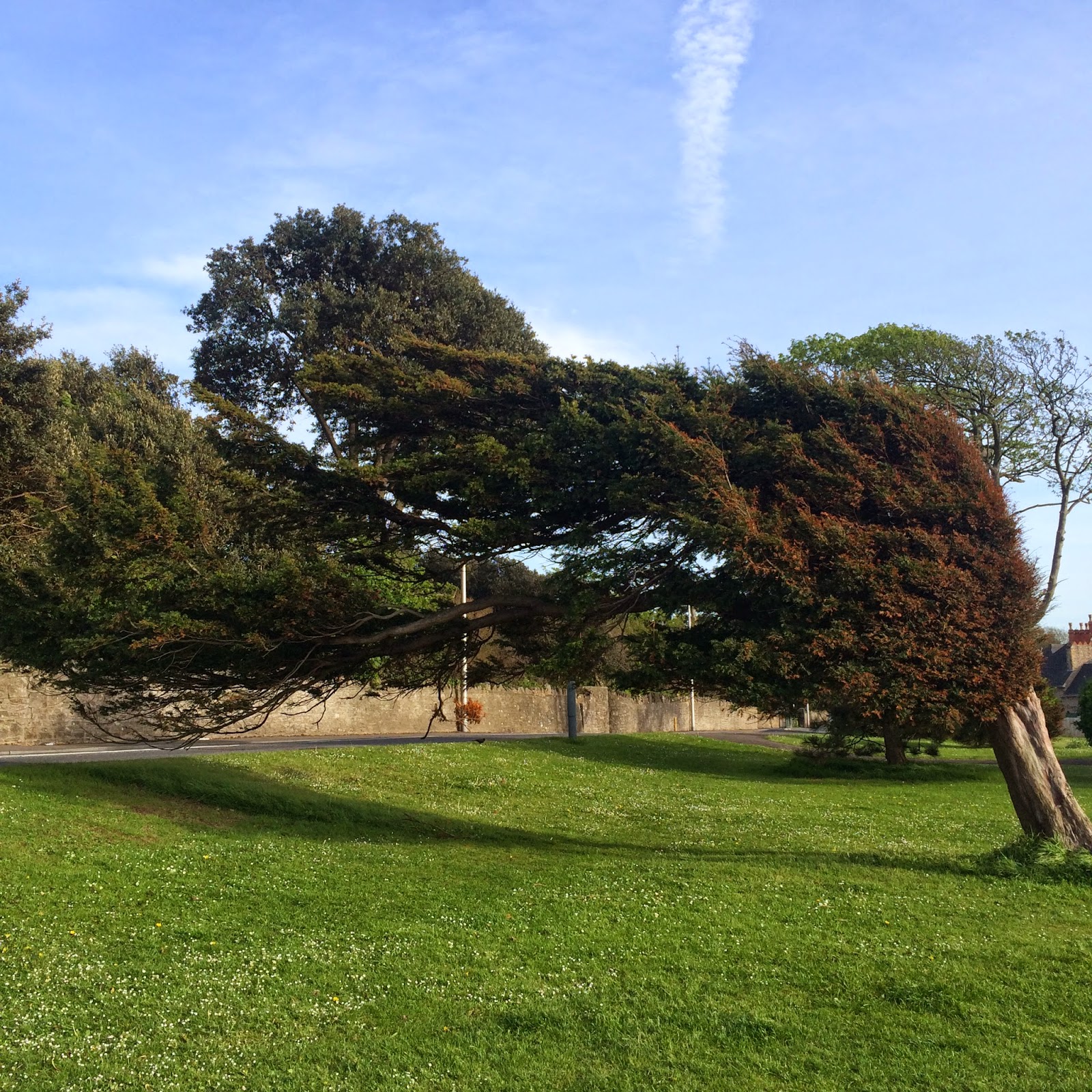 This imposing Victorian building sits in a sleepy Somerset village and has been given a new lease of life as an events venue with luxury guest bedrooms and a Michelin starred chef at the kitchen helm. I was extremely lucky to be invited to stay as a guest of the Hall and headed down with a friend to relax and experience a specially prepared menu. 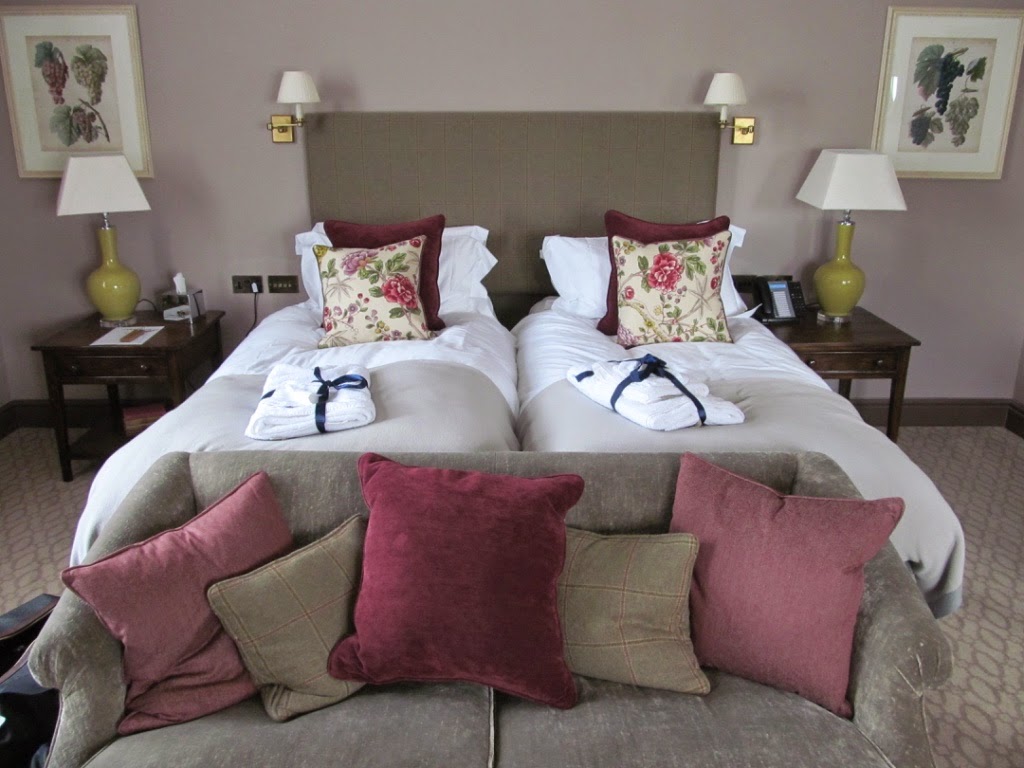 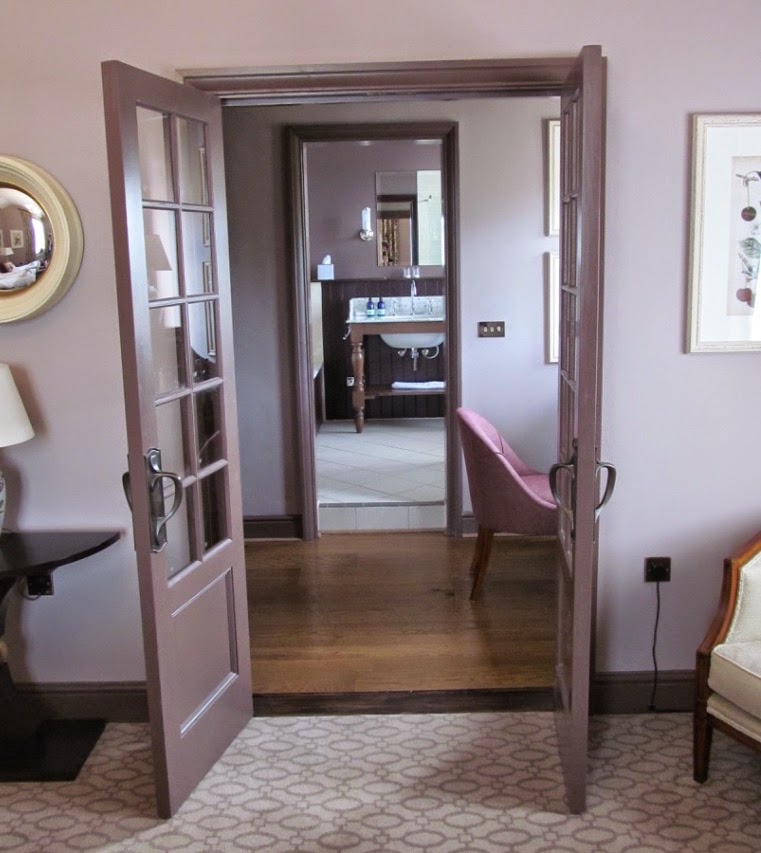 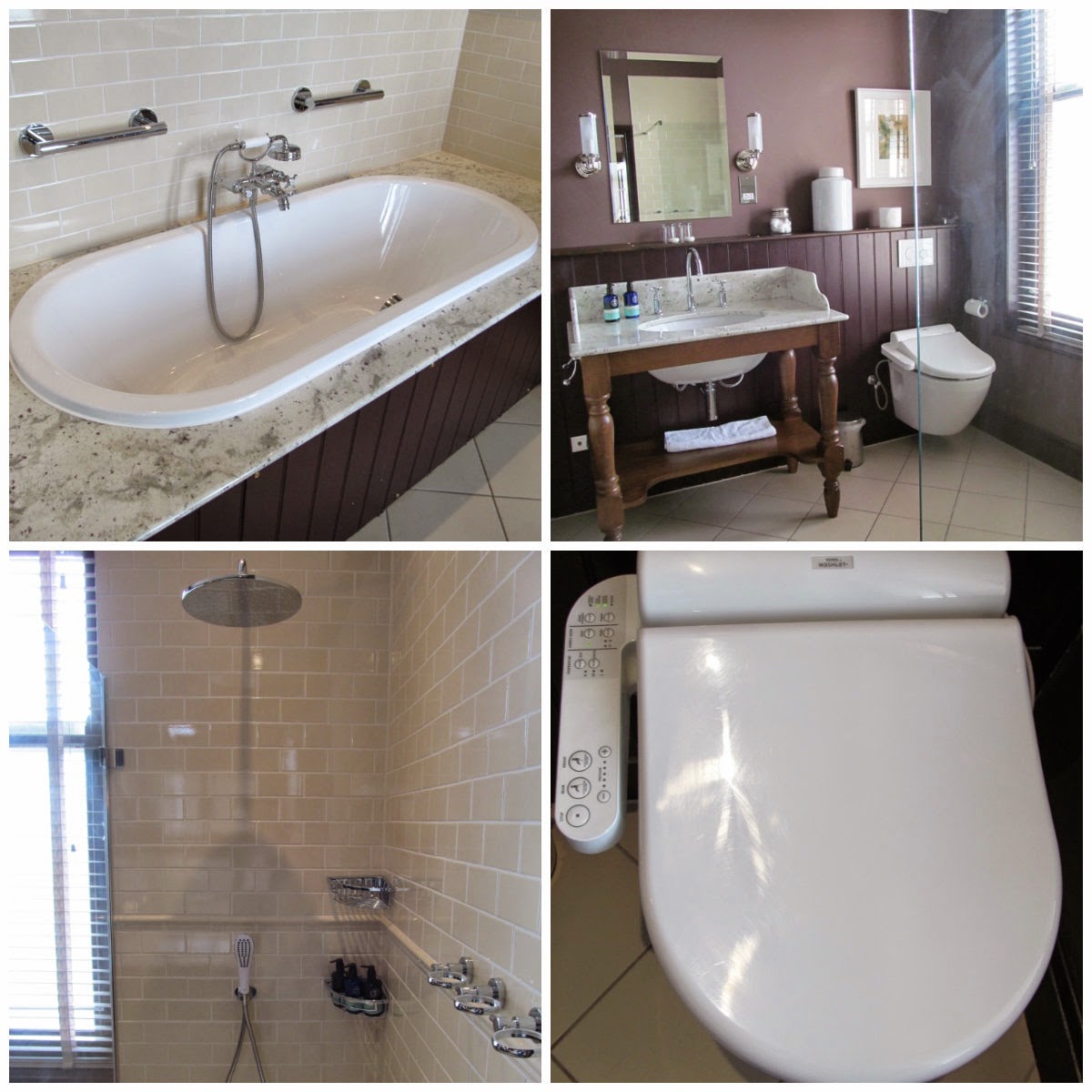 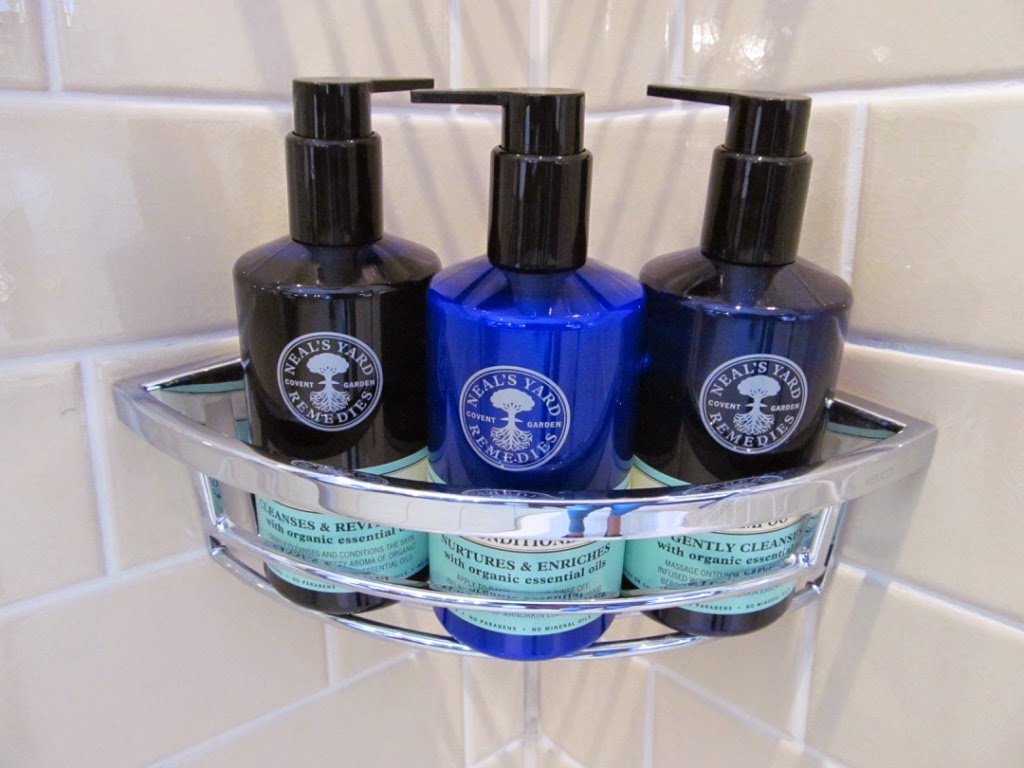 We checked in to our gorgeous twin room a the back of the property and promptly dived on the plush beds which later on gave me an amazing nights sleep. We had our own study area which led to the stunning bathroom, home to a bath actually big enough for me to lay out in in full, a luxurious shower space stocked with Neal’s Yard goodies, and the most complicated toilet I’ve ever seen. It automatically lifts the seat when you enter the room and has a pre-heated seat! 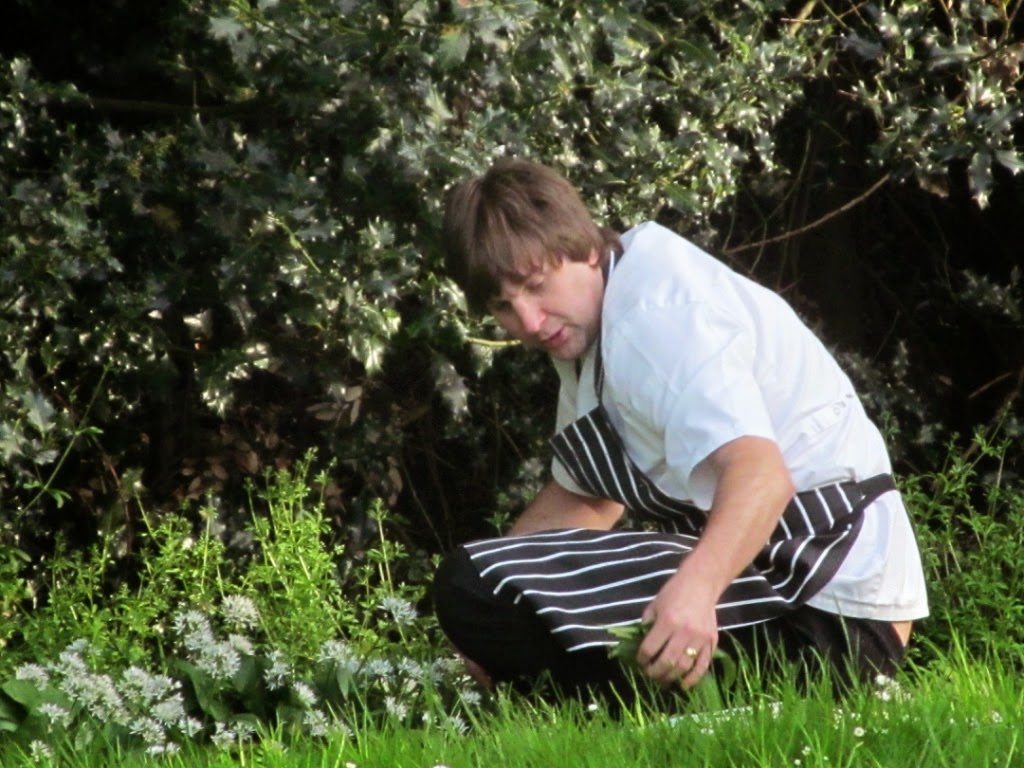 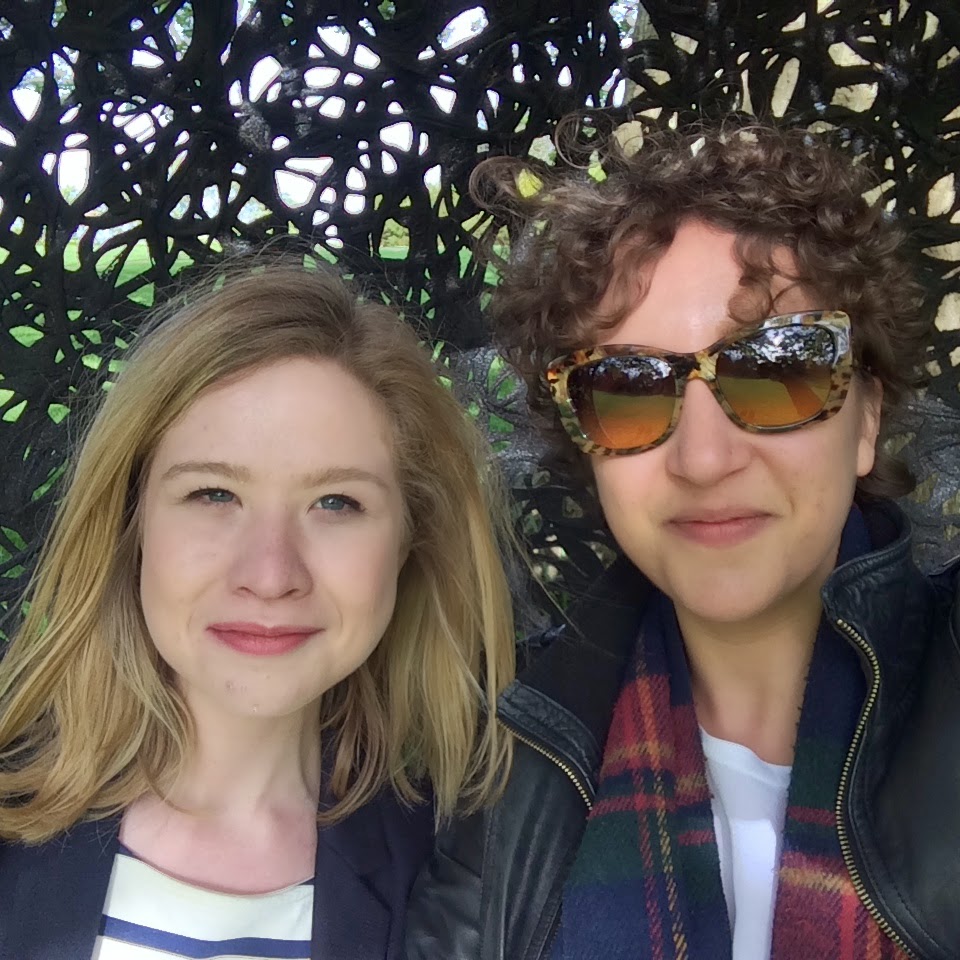 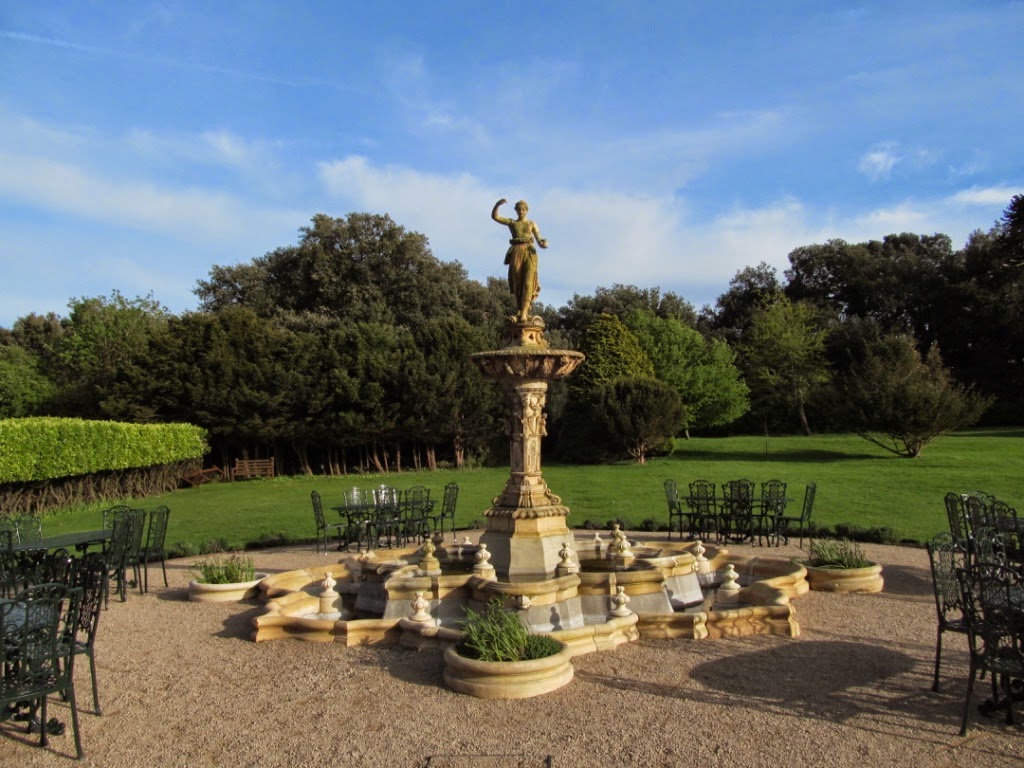 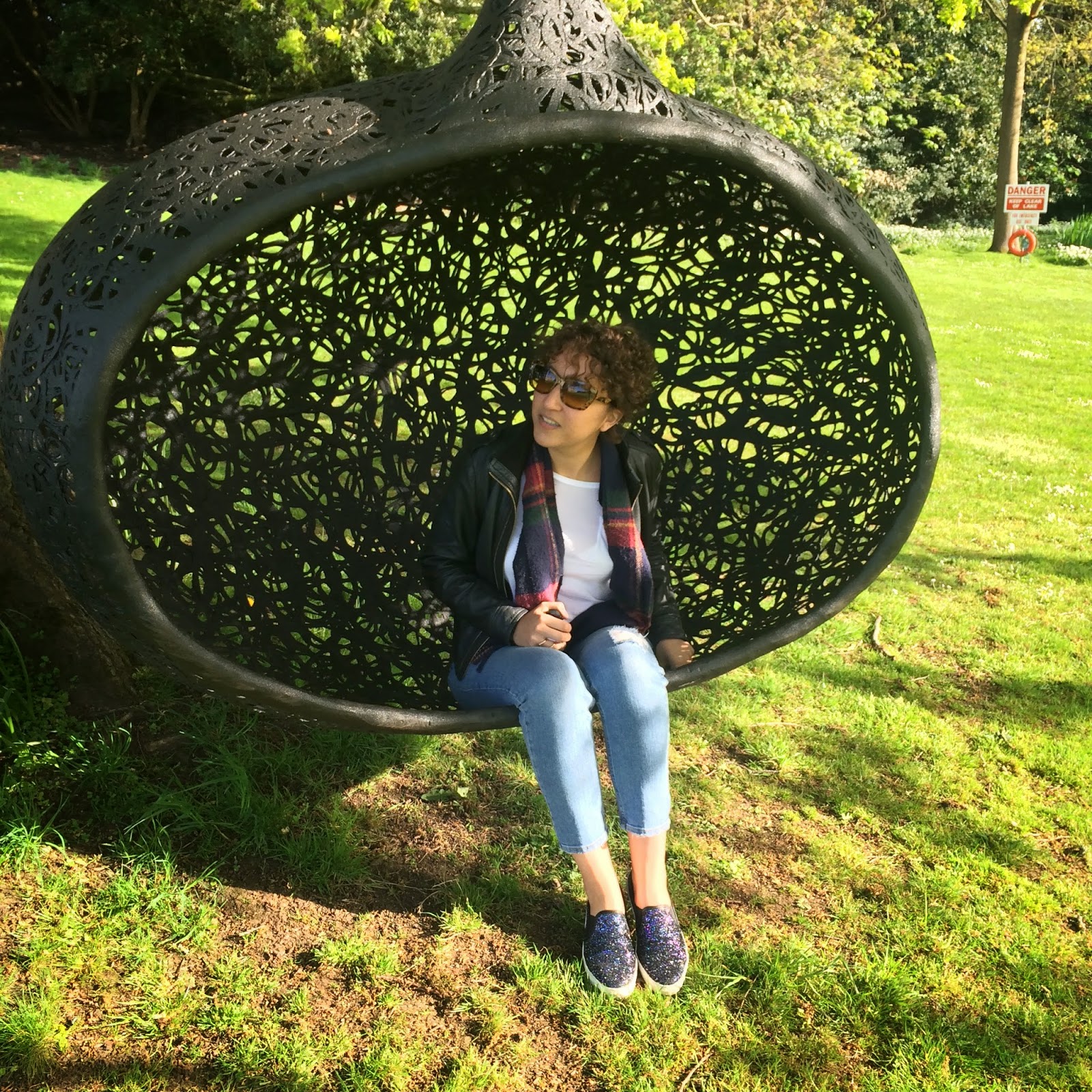 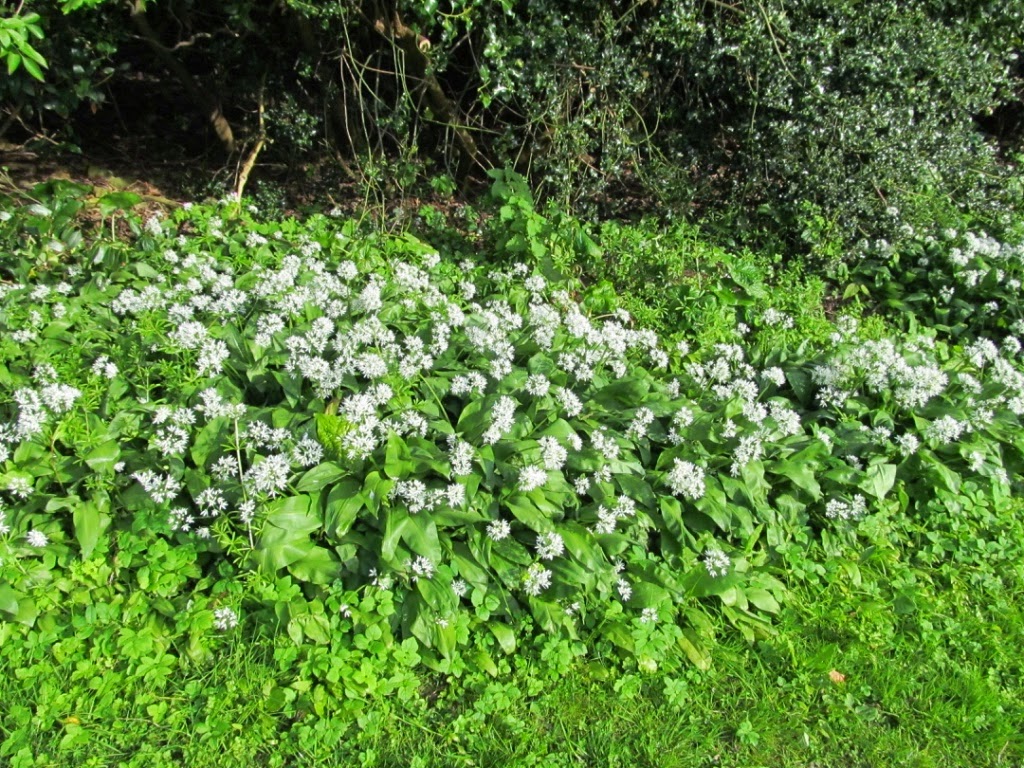 After being thoroughly amused by all the functions on our Super Loo, we wondered the grounds, rocking in the stunning tree swing, heron spotting on the lake and watching the chef cut wild garlic for our dinner later on. A stone’s throw from the front gates is the promenade, giving us views over the sea to Wales and providing wonderful fresh air and a welcome breeze. It is amazing how invigorated you can feel after a short stroll by open water, it really perked me up. 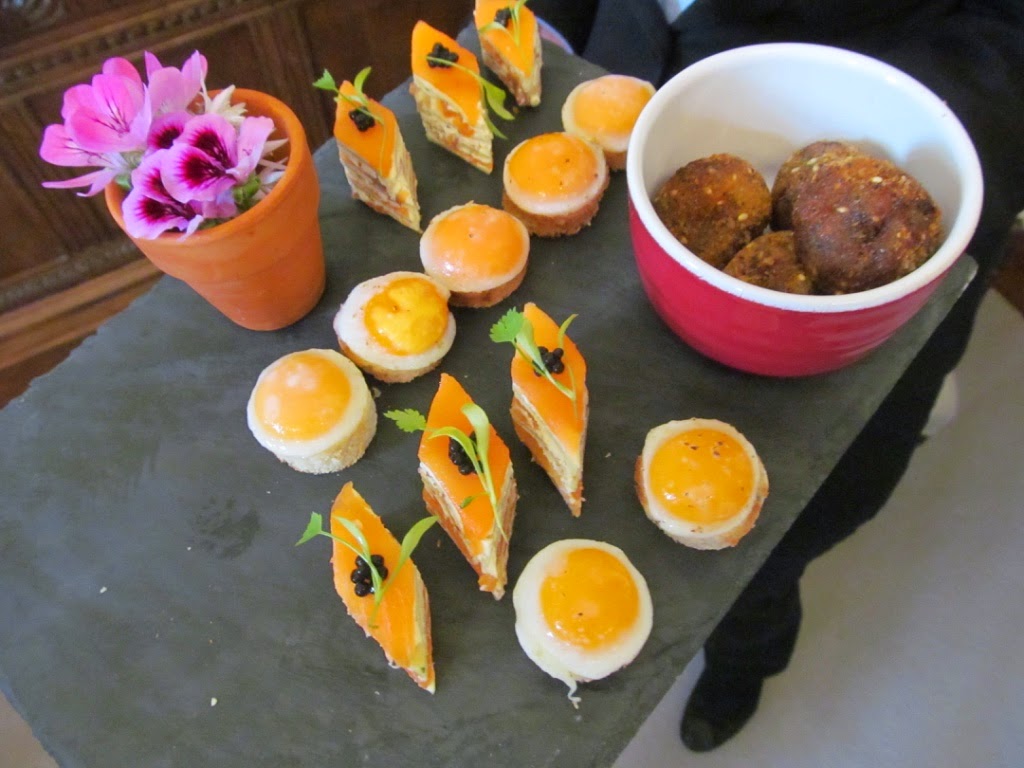 Before dinner we were shown some of the master suites that newly married couples could hire which were pretty much bigger than my flat. Down the grand staircase, flanked by intricate stained glass windows, we were served three canapes: smoked salmon mille-feuille, truffled quail eggs and duck hoisin beignets. I’ve never had a savoury mille-feuille before, topped with caviar the salmon is oak smoked on the premises, beginning a culinary theme of homemade food prepared with love. The quail eggs were served on toasted brioche and were perfectly runny (however very dangerous when wearing white!), and the duck was juicy and rich with no need for an accompanying sauce which I’d anticipated it might. 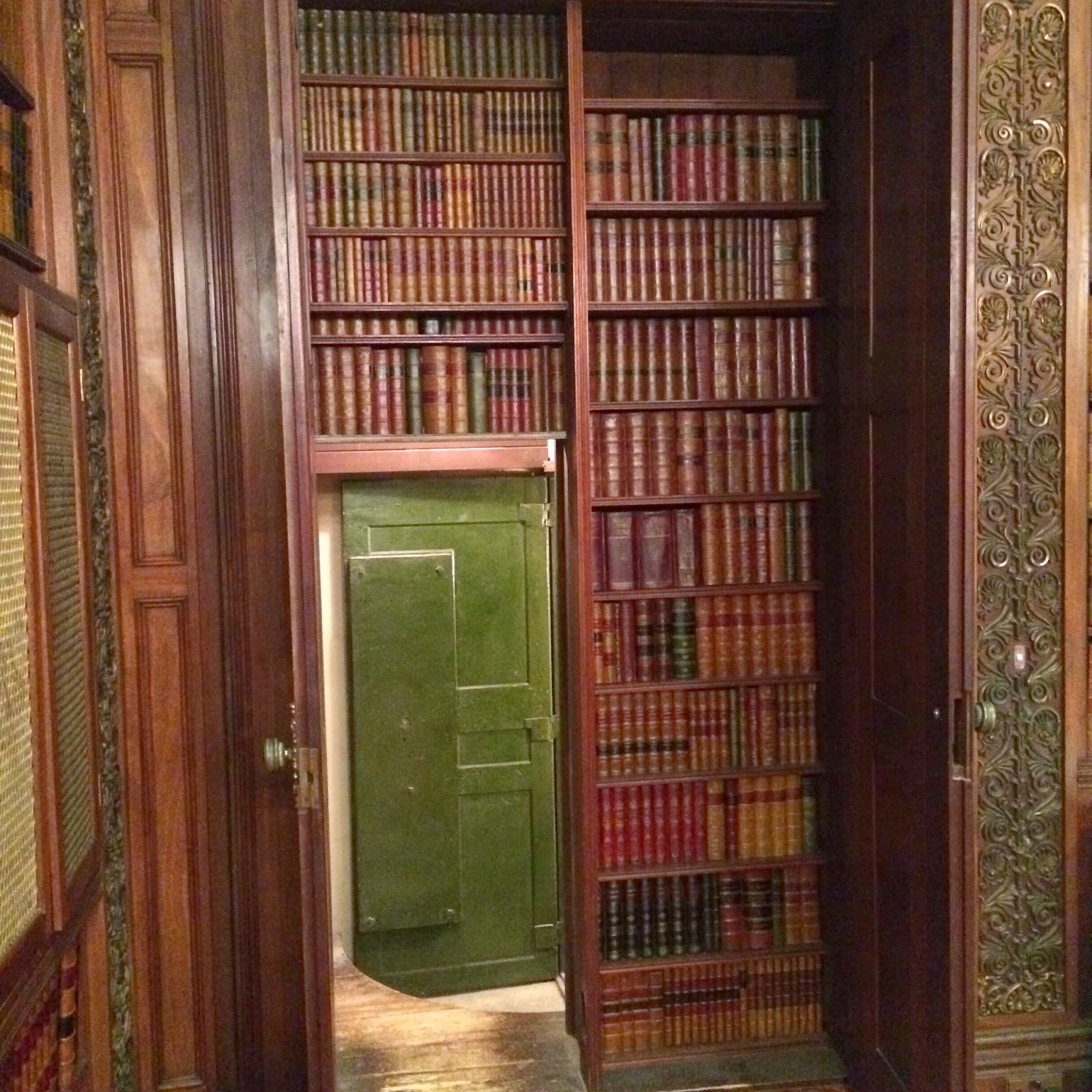 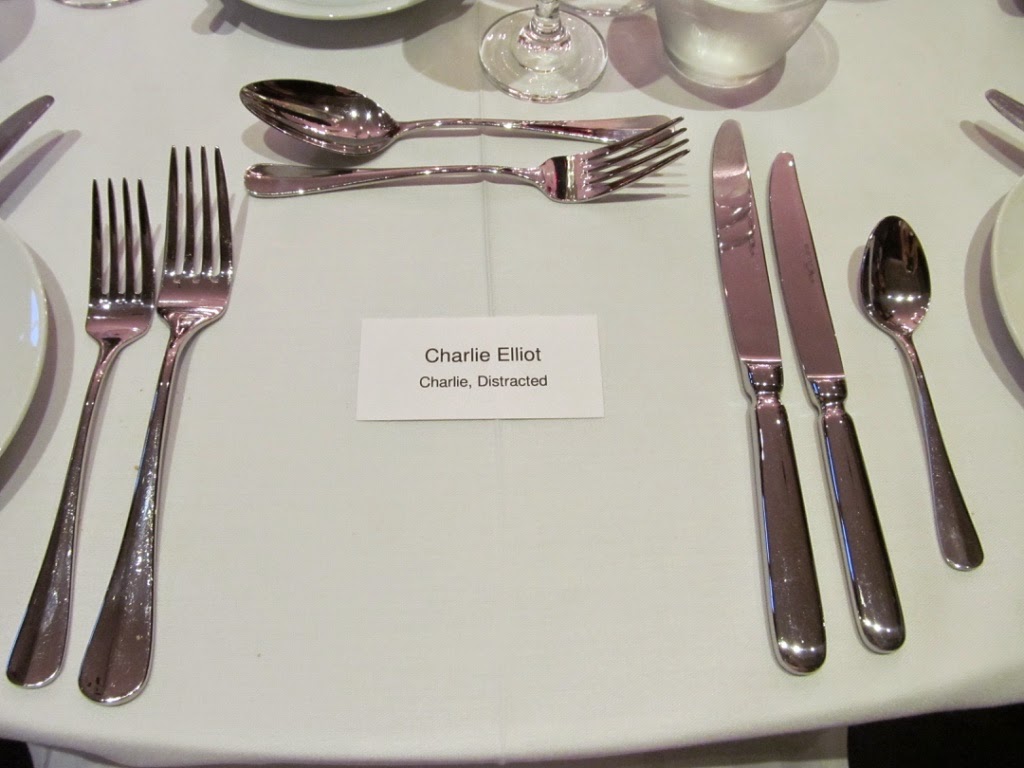 We were then led into the Library for a four course meal and were lucky to be sat on a table with Claire, Emily and their other halves, as well as James, Clevedon Hall’s Operations Manager. A fountain of knowledge and clearly incredibly passionate about his job, James told us about the unique process they go through with couples to plan their perfect wedding breakfast, with no set menu in sight. He told us about where our food was sourced and how it’s prepared, building a story with each dish, and also challenged us to find a secret doorway amongst the bookshelves which we eventually managed with squeals of delight and all piled into the basement below. 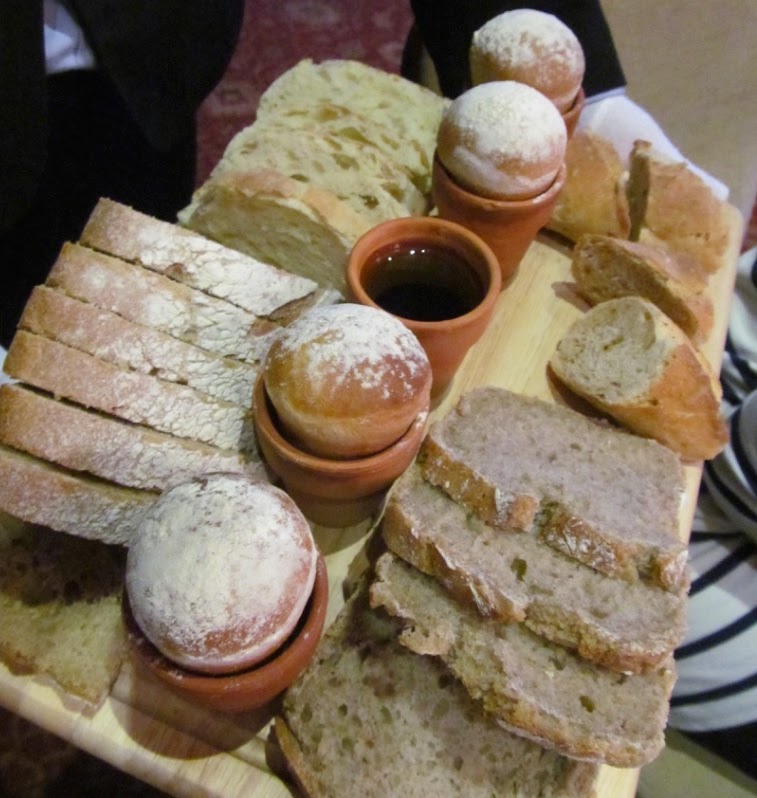 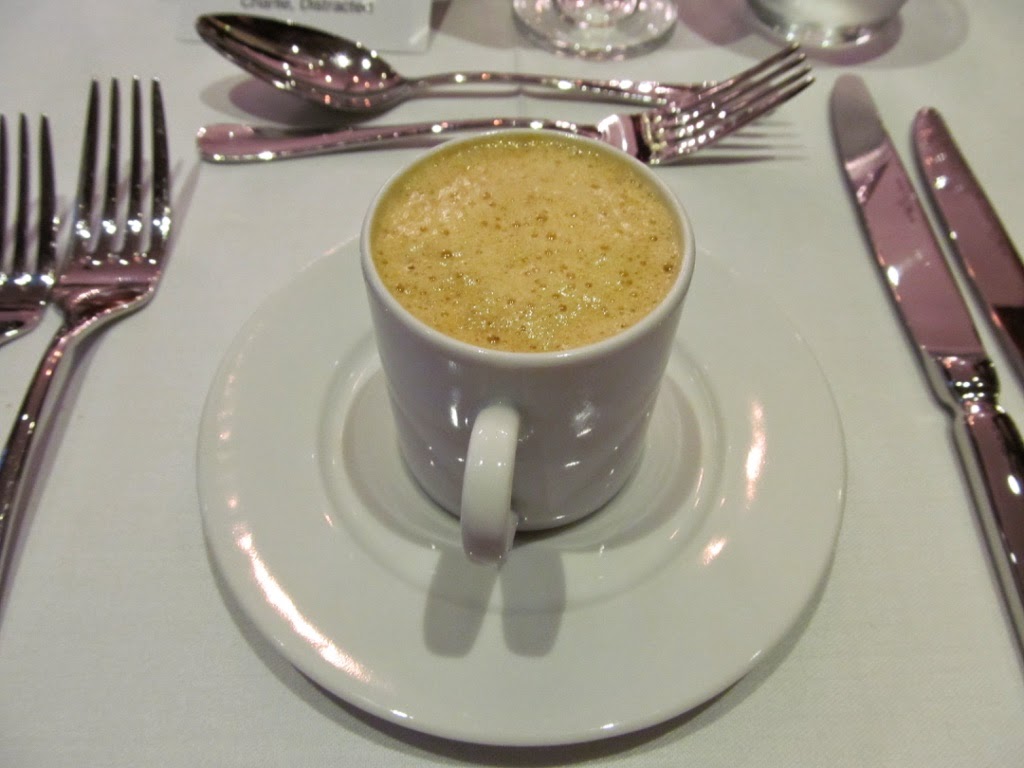 First up in our four courses was the lobster bisque with cognac and tarragon. Served in an espresso mug, I ate the froth on top with a spoon and then drank the rest before ungallantly mopping up the last few drips with some freshly baked bread (yes, that’s it in a tiny flowerpot!). 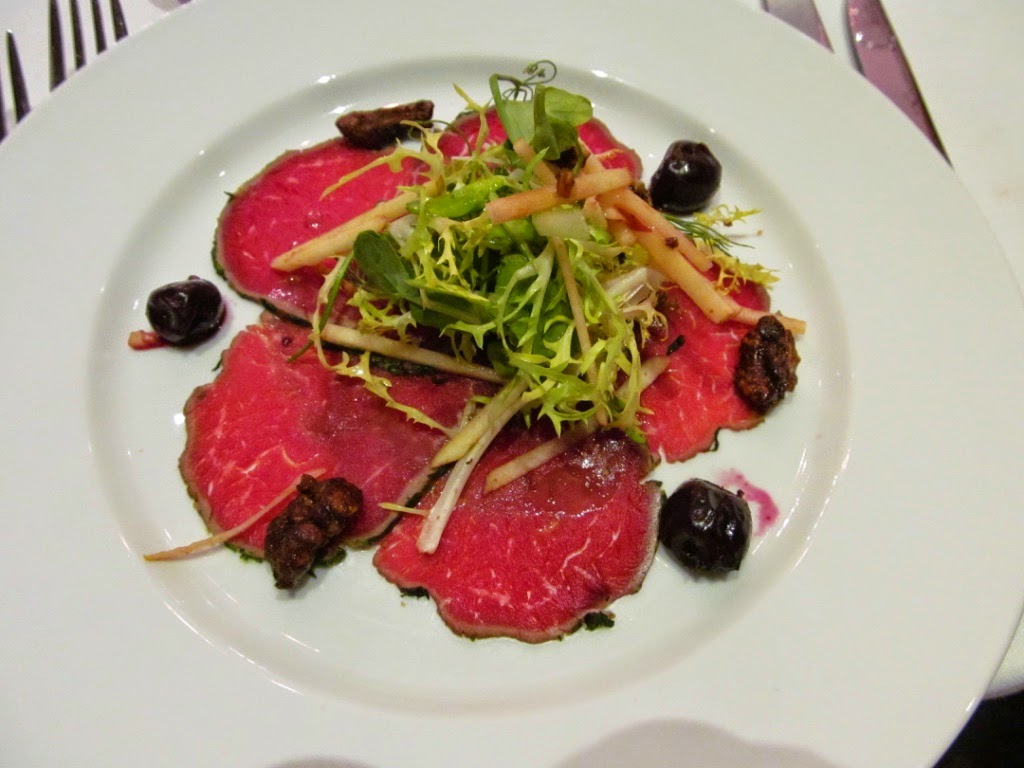 Next was carpaccio of beef with poached cherries, candied walnuts and apple salad. I didn’t even need a knife to cut the beef, it was so delicate it only needed the lightest touch. The standout of the dish, surprisingly, was the walnuts: sweet, crunchy and with a succulent glaze, I was genuinely taken aback by how much I enjoyed them. 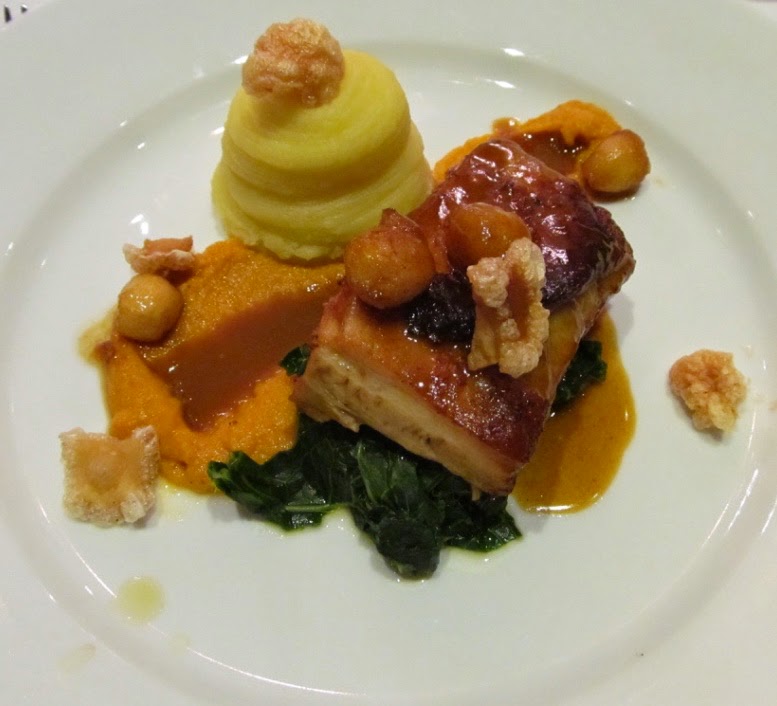 For our main we were served slow cooked pork belly, caramelised apples and pork popcorn with wild garlic puree, creamed potatoes and spiced jus. Pork belly is something that can be hit and miss, but this one didn’t have that awful layer of jellified fat you can often find, but did have a chewy but crispy skin which I love. I have had pork popcorn before – it seems to be the new way of making crackling slightly more elegant, but I’m not opposed to having a big slab of it on my plate! I am a new fan of wild garlic though. It’s so much less overpowering than cloves and the little balls of caramelised apple were perfect for dunking. It was one of those meals that I totally understand why all of the components are there; it was made to have a little bit of everything on the fork at once. 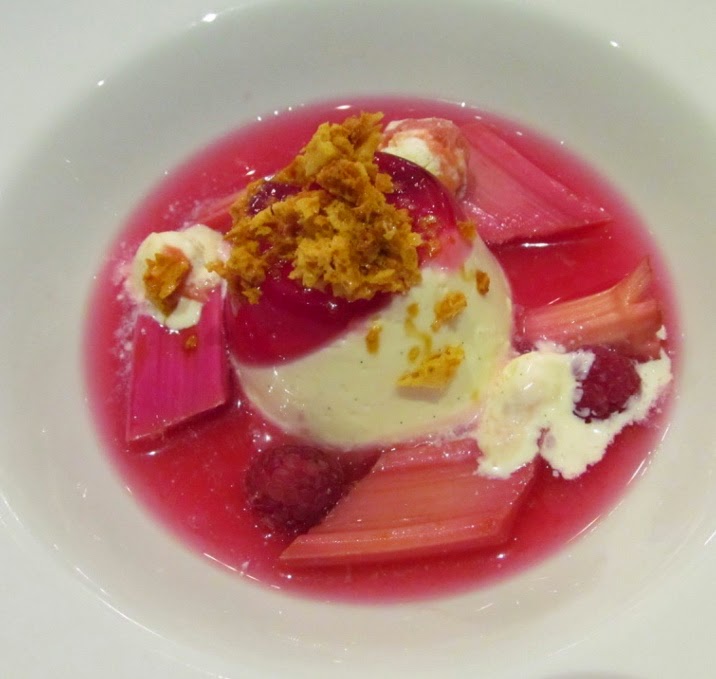 I was so excited for dessert as it was a blend of two of my favourite flavours: raspberry and rhubarb. We were served a vanilla set cream, raspberry jelly with poached rhubarb and a rhubarb and champagne chilled soup. The set cream and jelly was so good that I happily took one off another guest’s hands when he didn’t eat it. This was followed by coffee and the best truffles I’ve ever had. By this point, chef Alan Jones came and sat and talked with us about everything from the truffle recipe he’d borrowed from famous chocolatier Paul Young (the trick is apparently to use muscovado sugar), to his illustrious training under Marco Pierre White and his earning of a Michelin star. 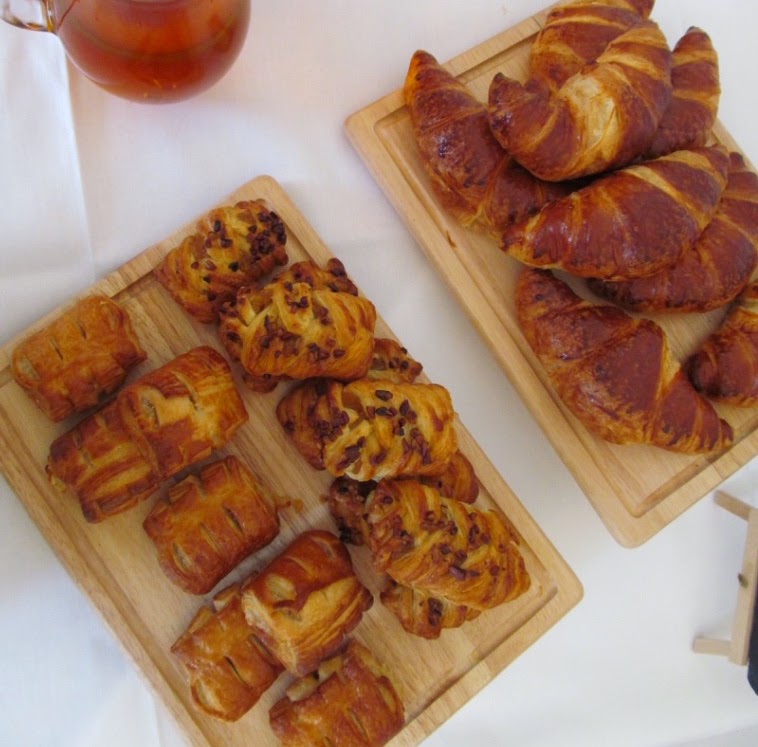 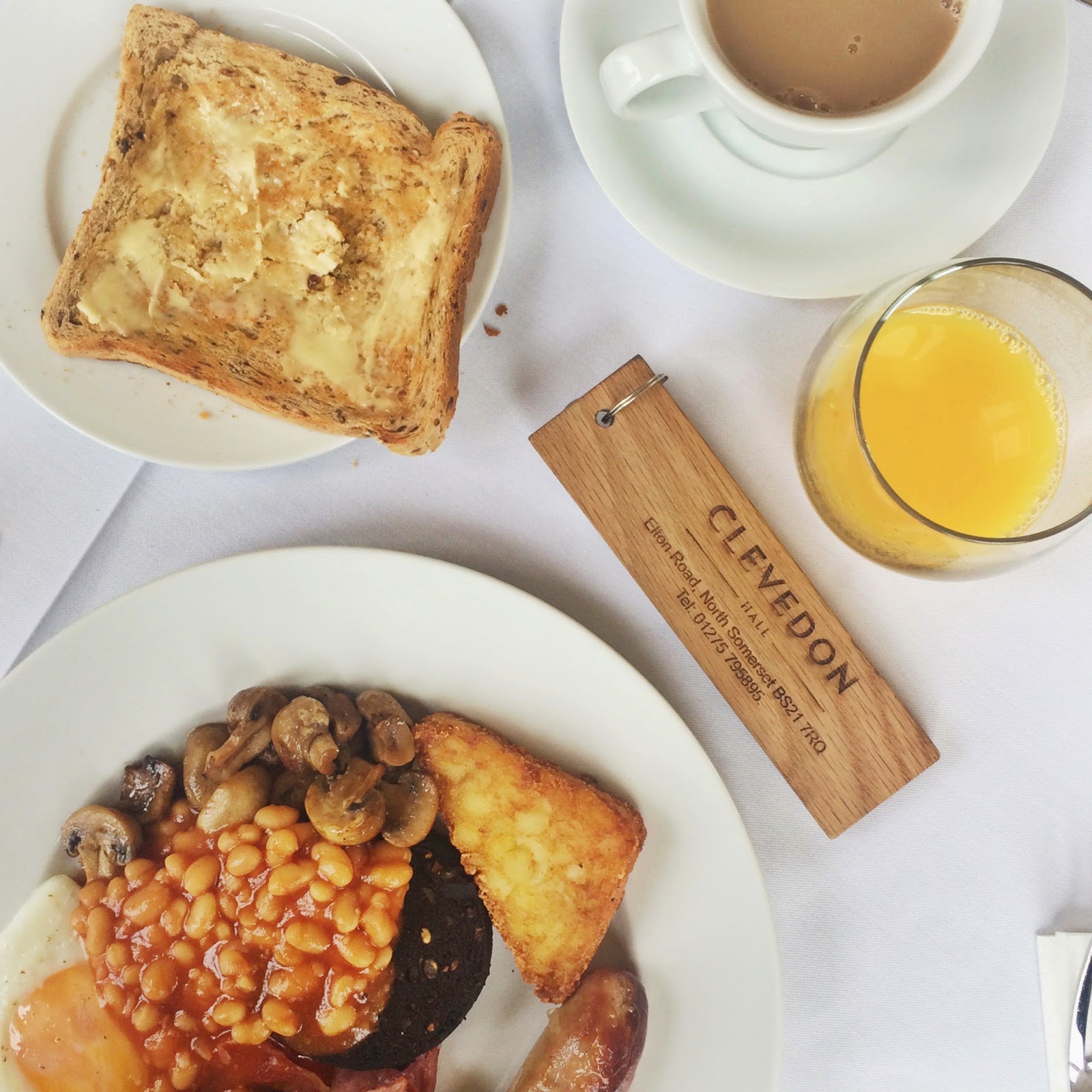 It was a beautiful meal in a gorgeous setting, with great company. I was uncomfortably full but I still couldn’t resist breakfast in the morning: a spread of all my English breakfast favourites, locally sourced and freshly served.

I was kindly invited to stay at Clevedon Hall for free, but every word of this review is completely true and unbiased.