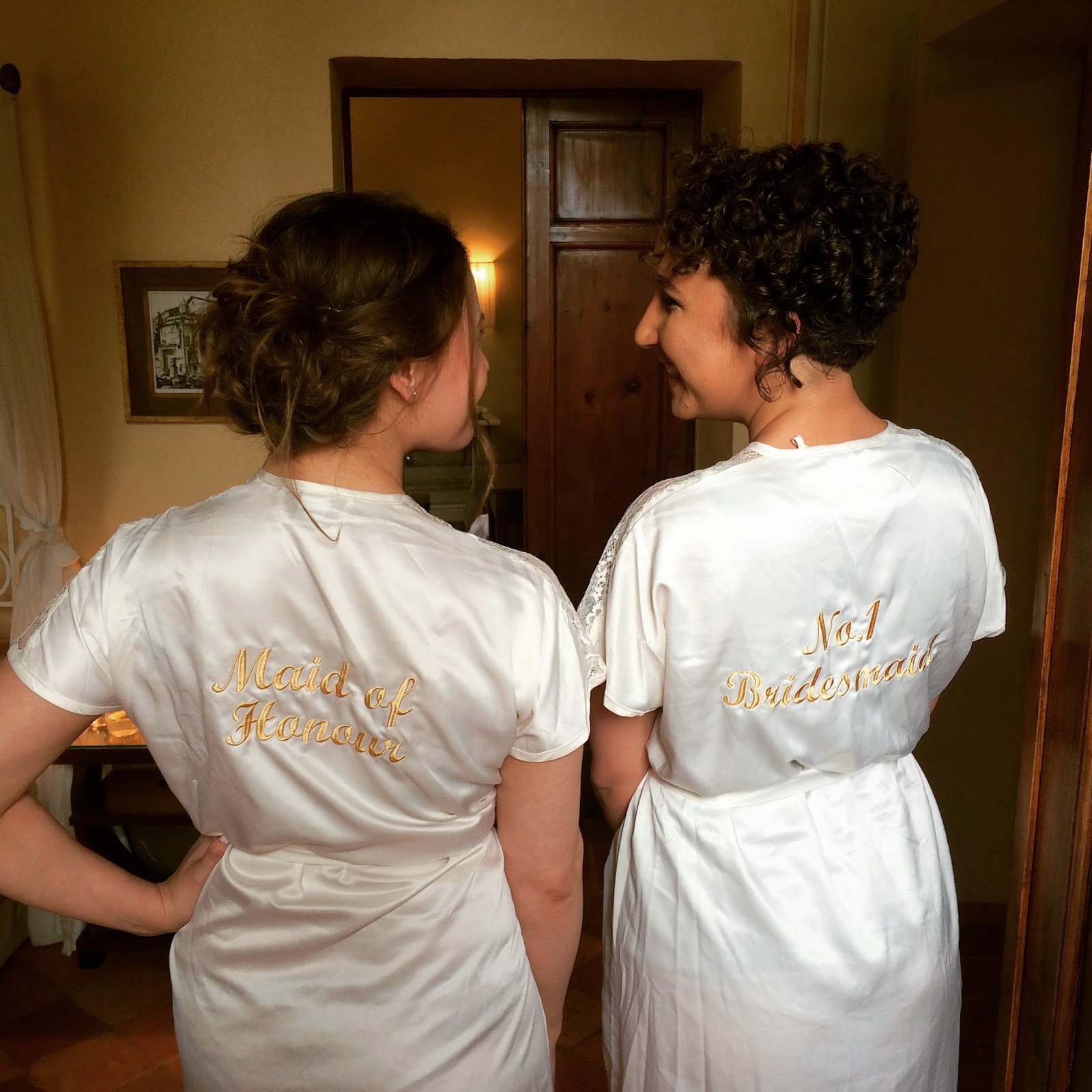 I consider myself pretty well travelled. Last year I went to Australia, Hong Kong, Beijing, Paris and Frankfurt, so I’ve managed to clock up quite a few air miles. However, until recently, I’d never been to Italy. Considering how much I love food this normally takes people by surprise, so I was very excited to not only visit Tuscany for the new adventure but more importantly to be a bridesmaid at the wedding of my oldest friend.

We flew into Florence and hired a car to drive into the hills and up to the estate where we were not only staying but also where the wedding was taking place. Tuscany looks exactly like you would imagine: rolling green hills, rustic farmhouses made of crunkled beige bricks, road side wine tasting and ristorantes. The winding roads were an interesting challenge to drive but my clever boyfriend got me and the Maid of Honour there in one piece with little to no dramas. 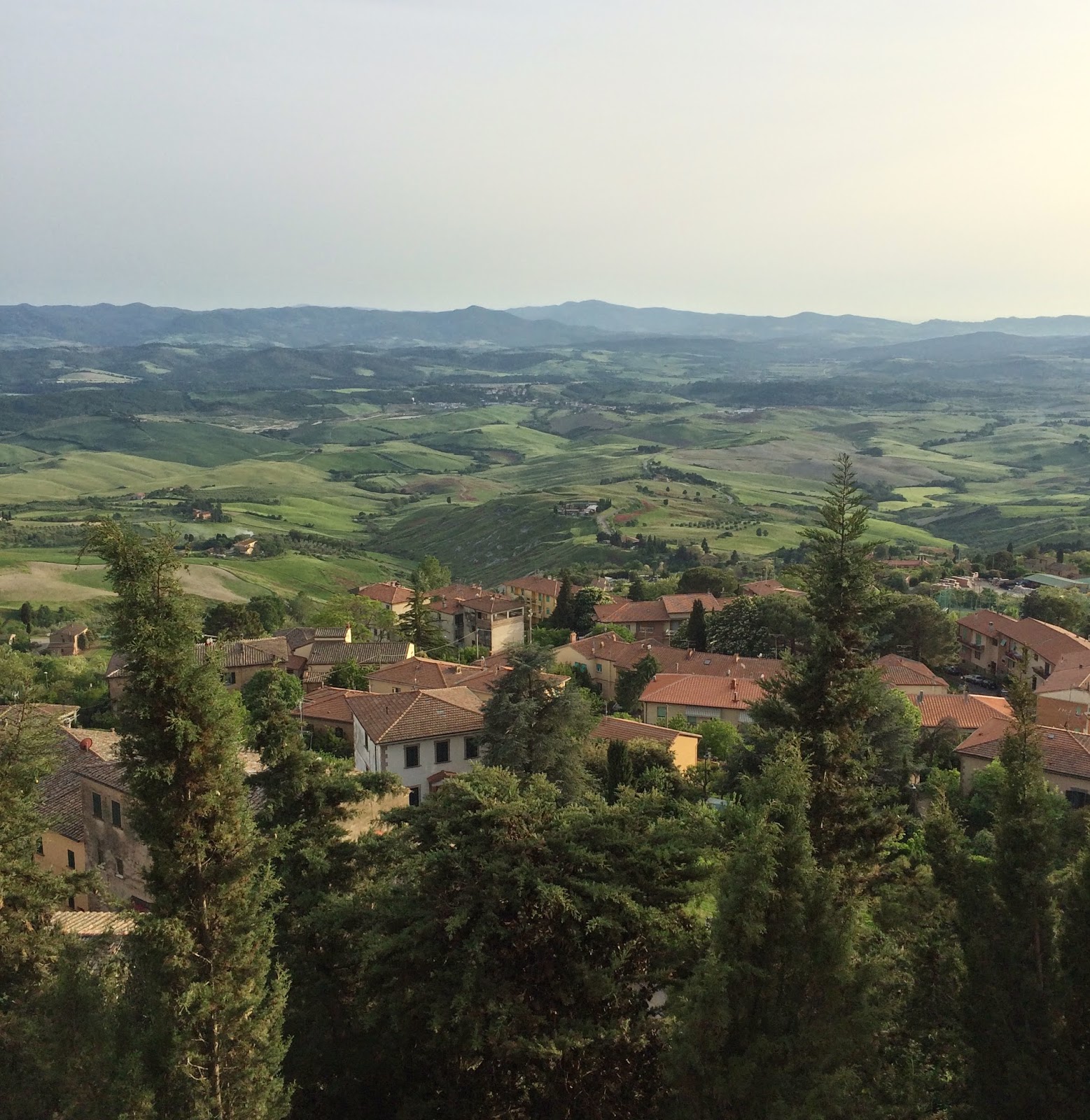 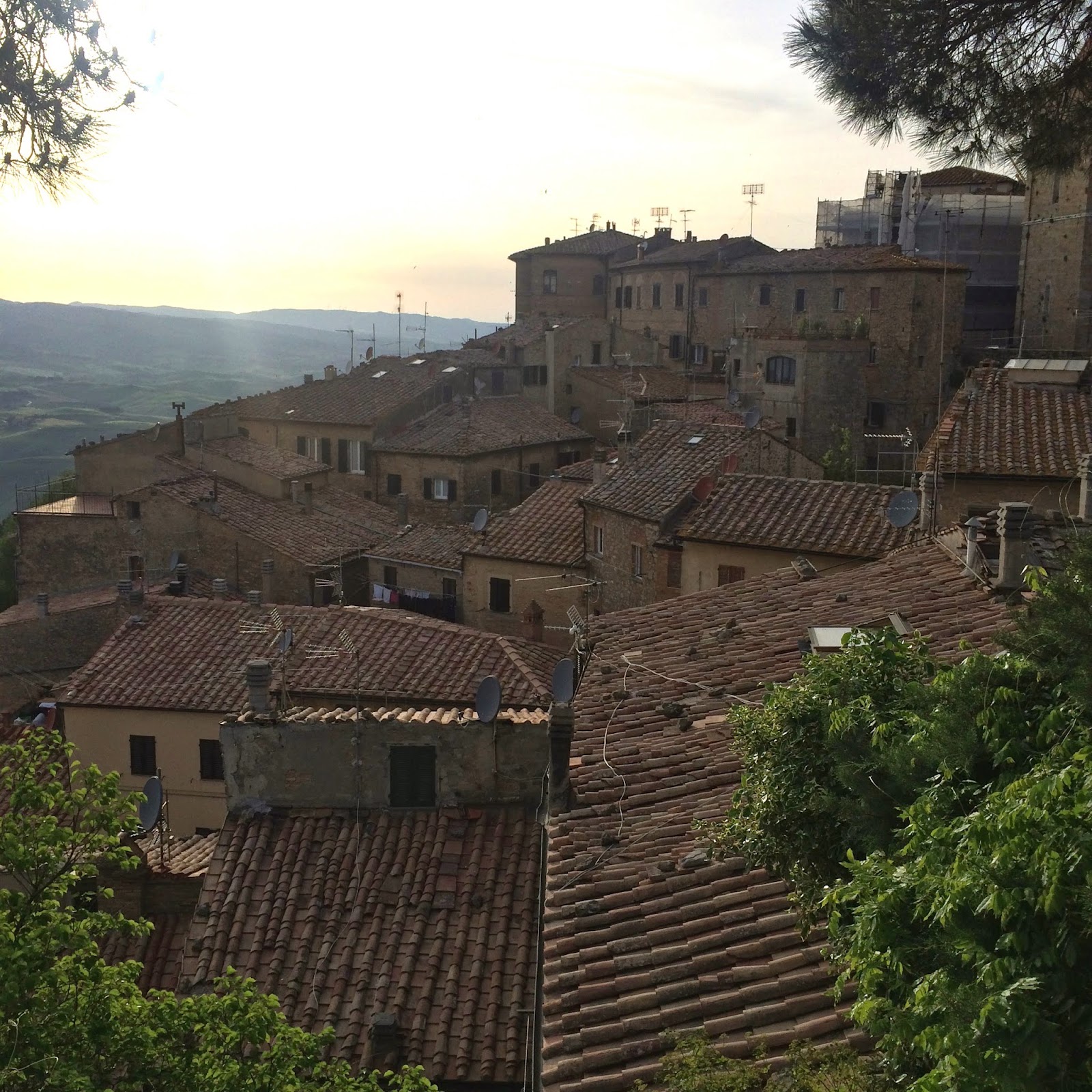 The venue for the wedding of the year was Borgo Pignano, a 750 acre estate seemingly in the middle of nowhere but actually located in between the medieval towns of Volterra and San Gimignano. It is, without a doubt, one of the most stunning places I have ever been. The 13th century walls encase a huge villa with terraces for drinks, a frankly astounding swimming pool and views that consistently took my breath away. In the grounds sit a collection of 18th century houses, one of which was our home for the week, sharing with other guests from the UK and Australia and overlooking a huge lake full of very vocal frogs and bloody huge dragonflies. 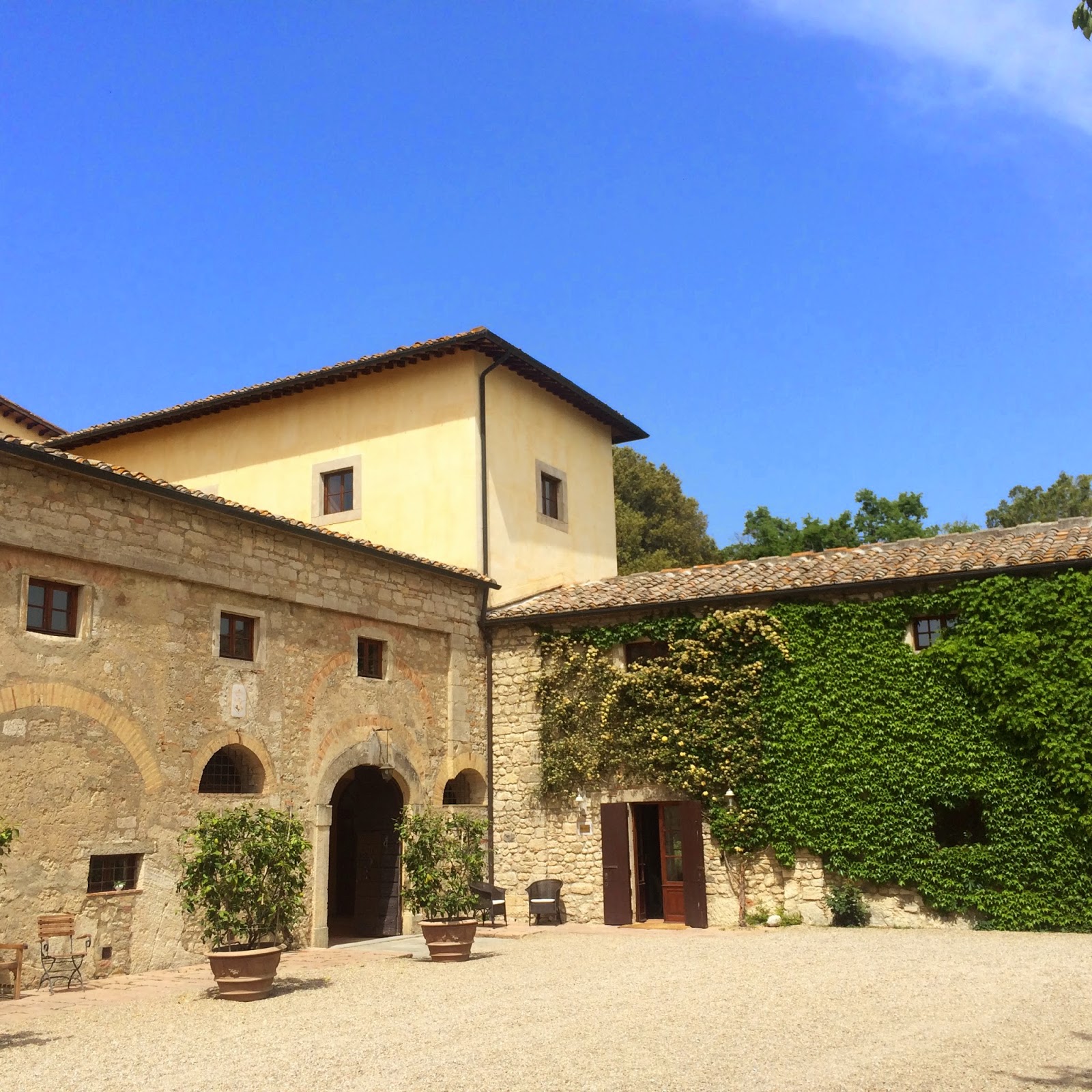 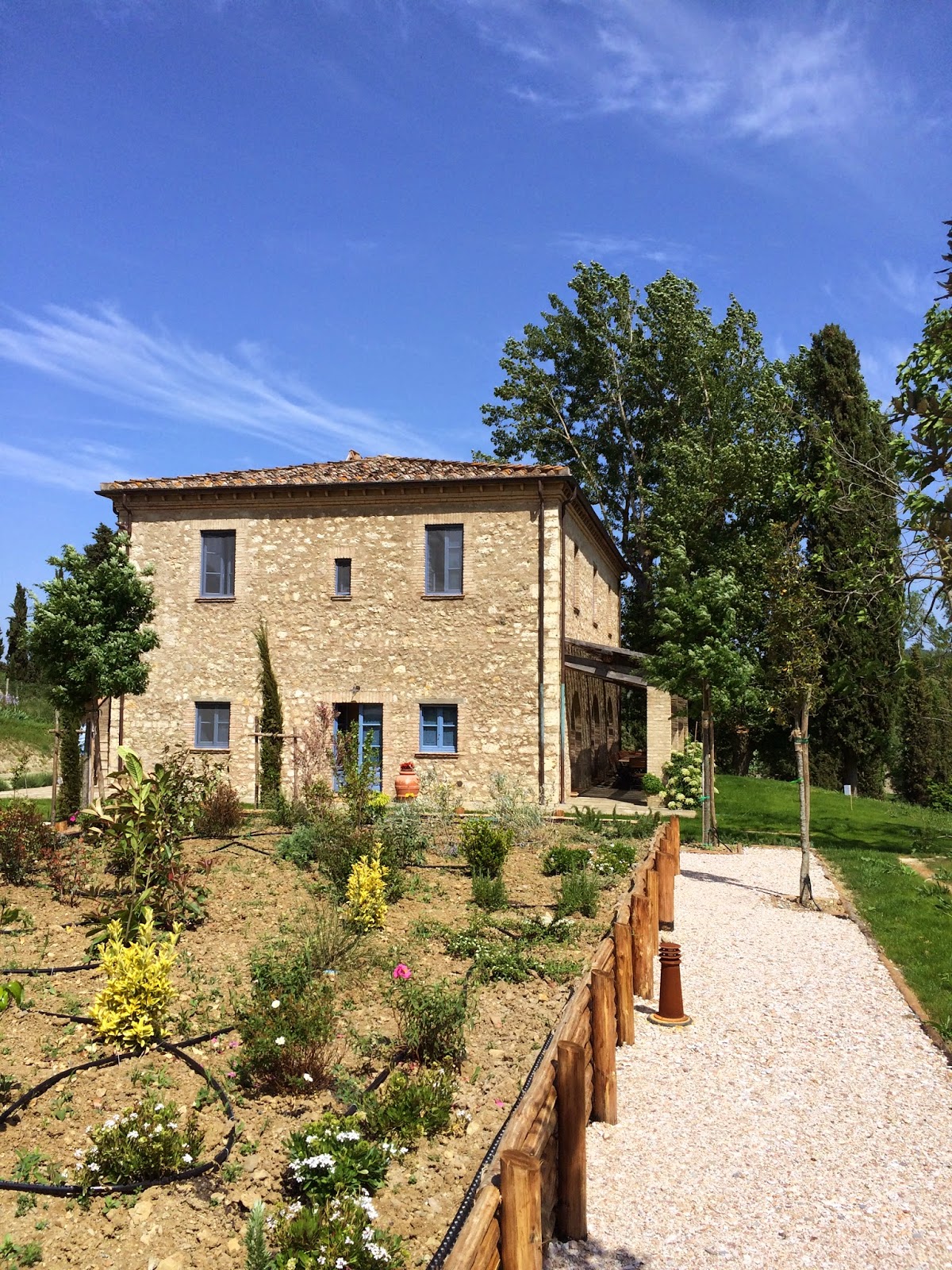 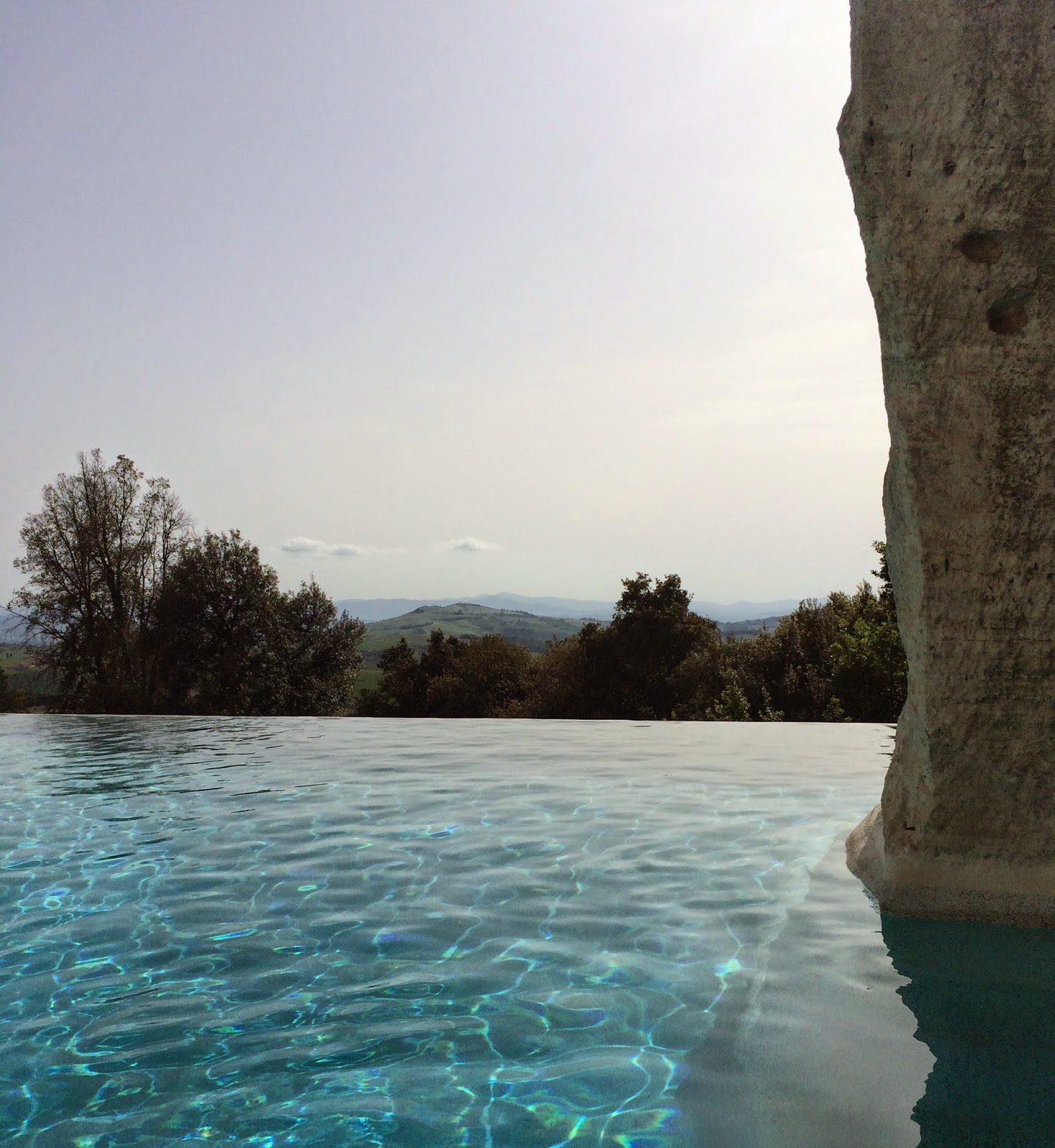 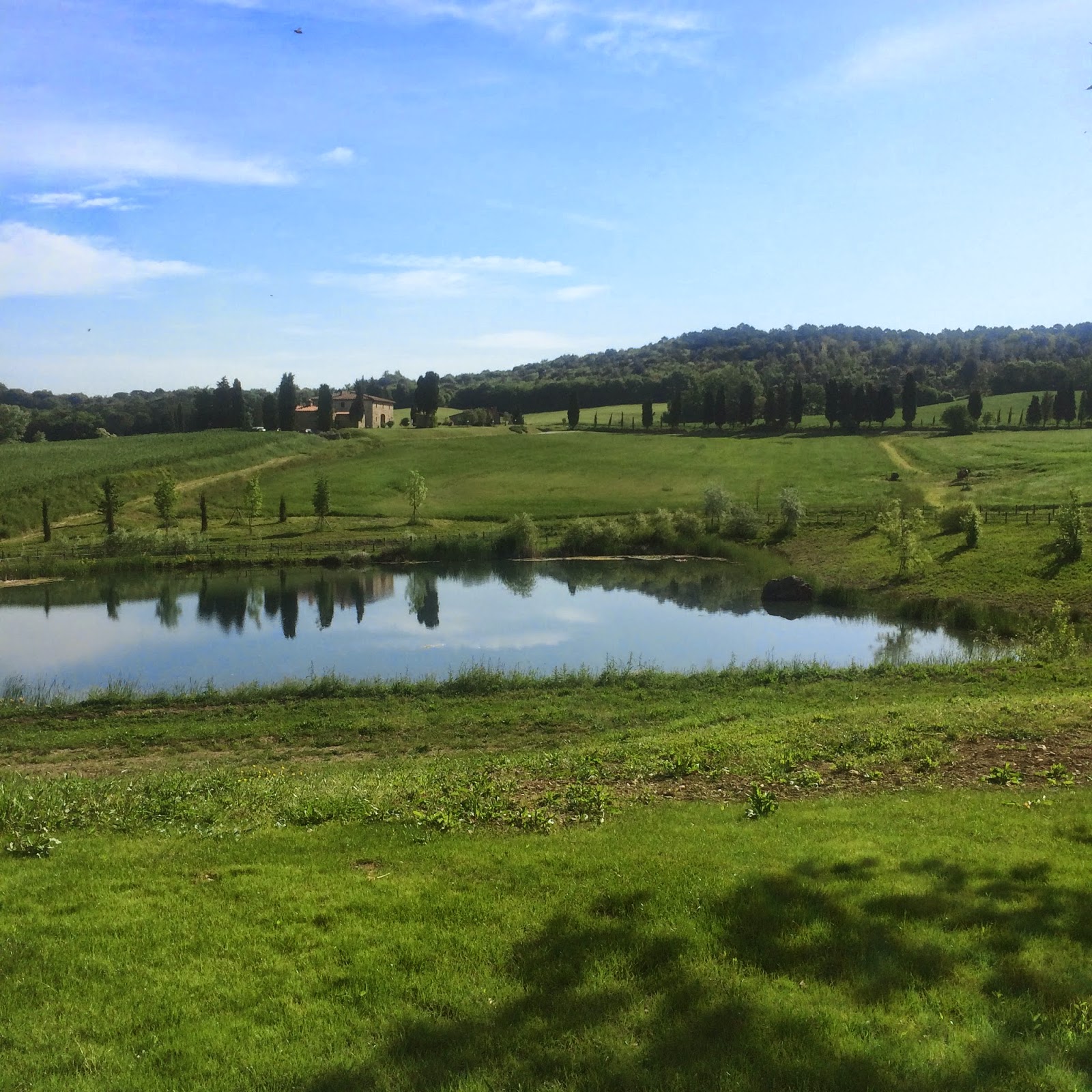 Aside from the wedding, we spent most of the week eating and drinking around the estate. The happy couple provided us with some amazing food, including a pizza party with freshly made pizzas made for us there and then, and a well needed recovery brunch the day after the wedding which included pancakes, cheesecake and sausages (and yes, I ate them all). One night, six of us headed up to Volterra and bought some supplies from the supermarket and my friend Jen made three huge salads and an amazing pot of pasta for an evening’s meal at our own place. 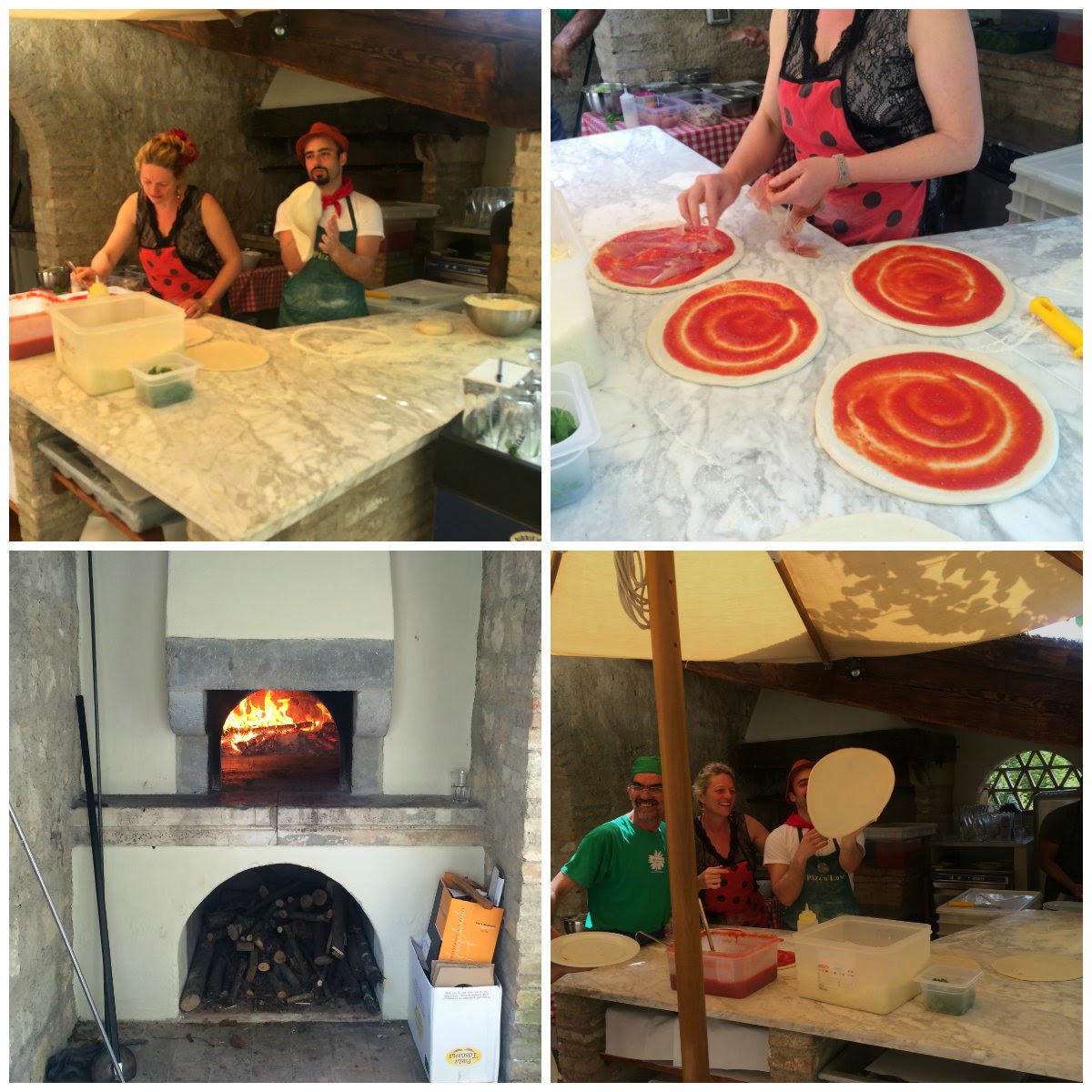 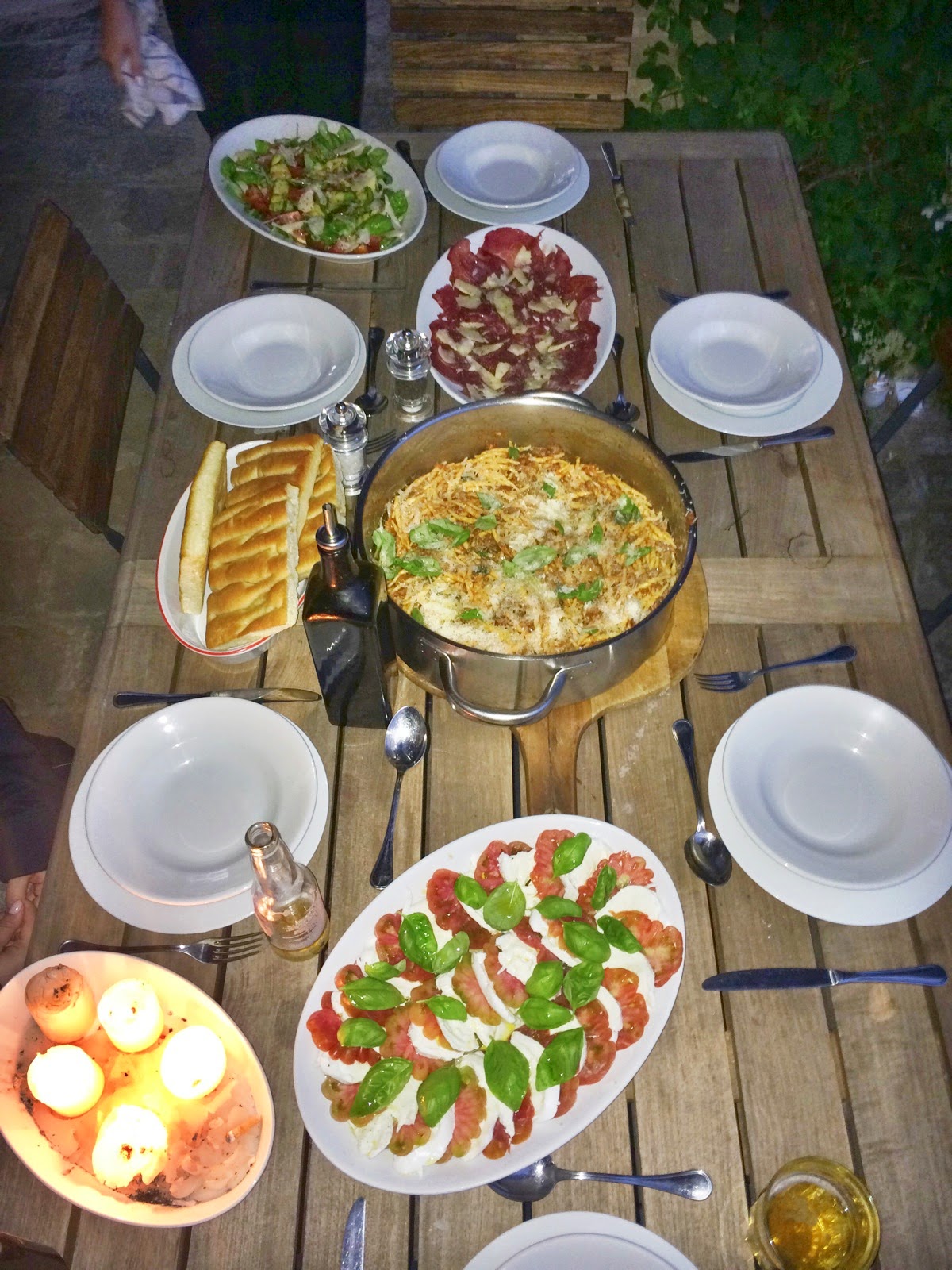 The night before the wedding, my boyfriend and I went to pick up a friend from Pisa airport and swung past the Leaning Tower on the way. Somehow we managed to blow a tyre, be rescued by some friendly Aussies on their travels, buy them drinks to say thank you and eat a crap lasagne in the cafe they were sat in. When I finally switched on my wifi a few hours later, I received a flurry of texts and missed calls to say our friend’s flight was cancelled, so our trip was completely pointless. But at least we saw the Tower and actually I thought it was pretty beautiful. I’d heard that it was ugly but it really wasn’t, and wow, it really does lean! 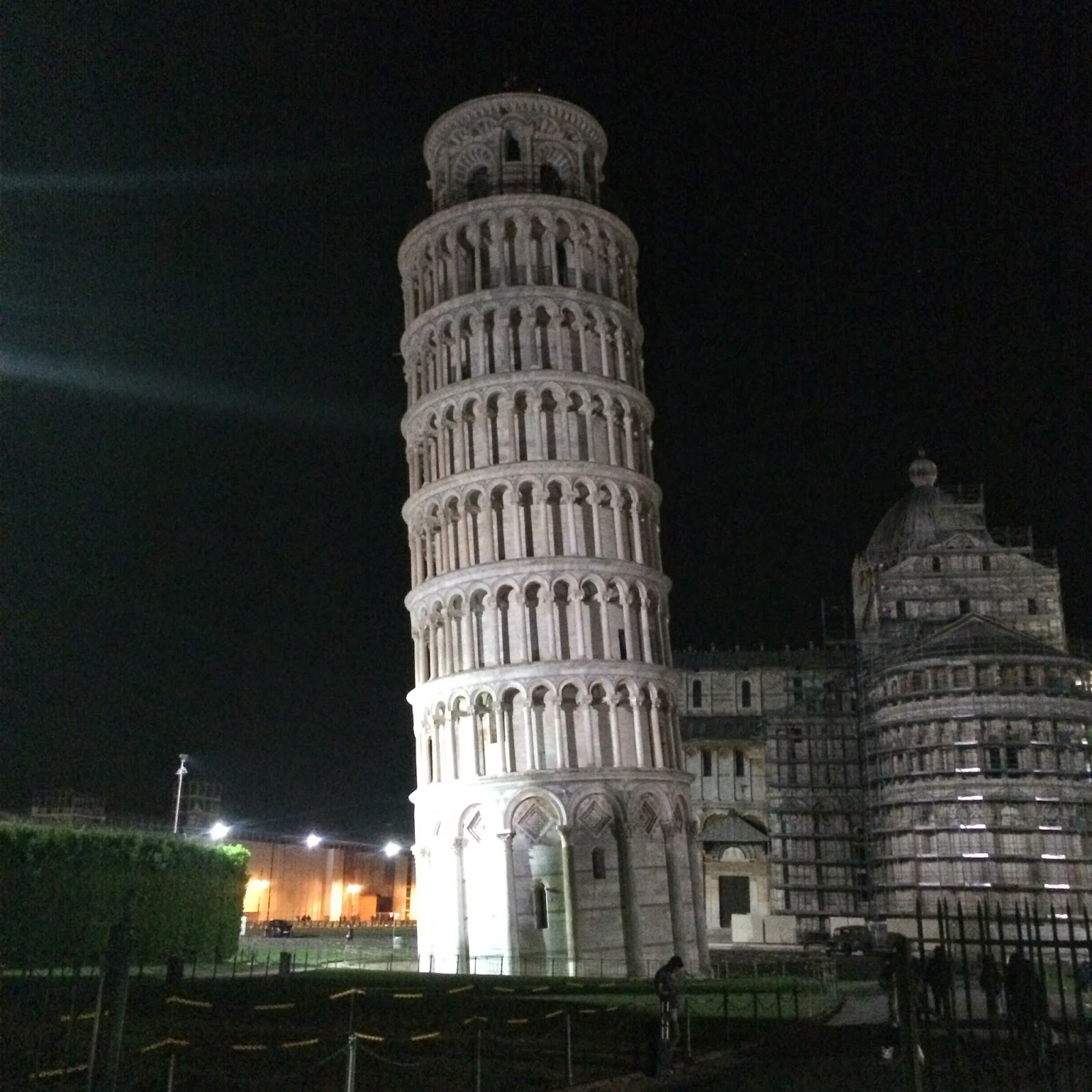 And so, on to the wedding. It was a bit surreal getting ready in the hours before the ceremony. It kind of just felt like we were getting ready to go out for the evening. Our friend Wendy did everyone’s make-up and she made my skin look bloody amazing, I’m genuinely tempted to try and persuade her to be my personal make-up artist 24/7. The bride also bought me and the Maid of Honour personalised dressing gowns which really made the whole process even more special for me. It was when we got into our dresses and then had to help Phoebe get into hers (because it took four people to squeeze her into the thing and then attach her enormous train and veil) that it suddenly became real. My oldest friend, a person that I’ve known for near-on 25 years, was getting married. And I was a bridesmaid. And I had this overwhelming urge to just look after her and take all of her stress and worries away. 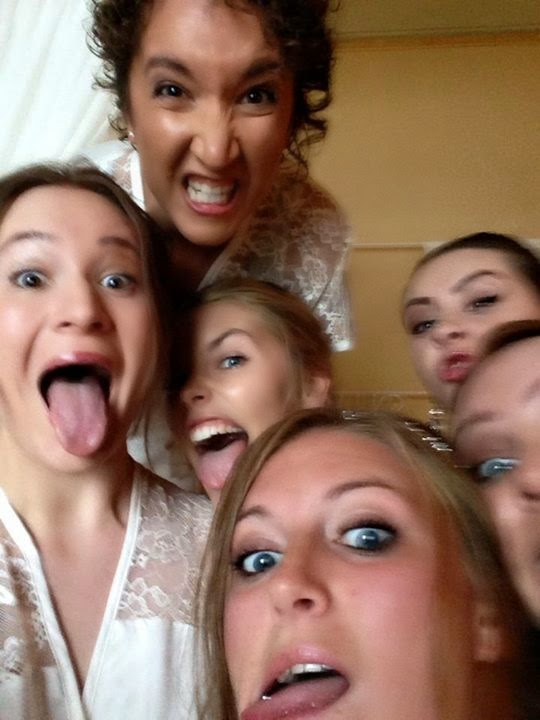 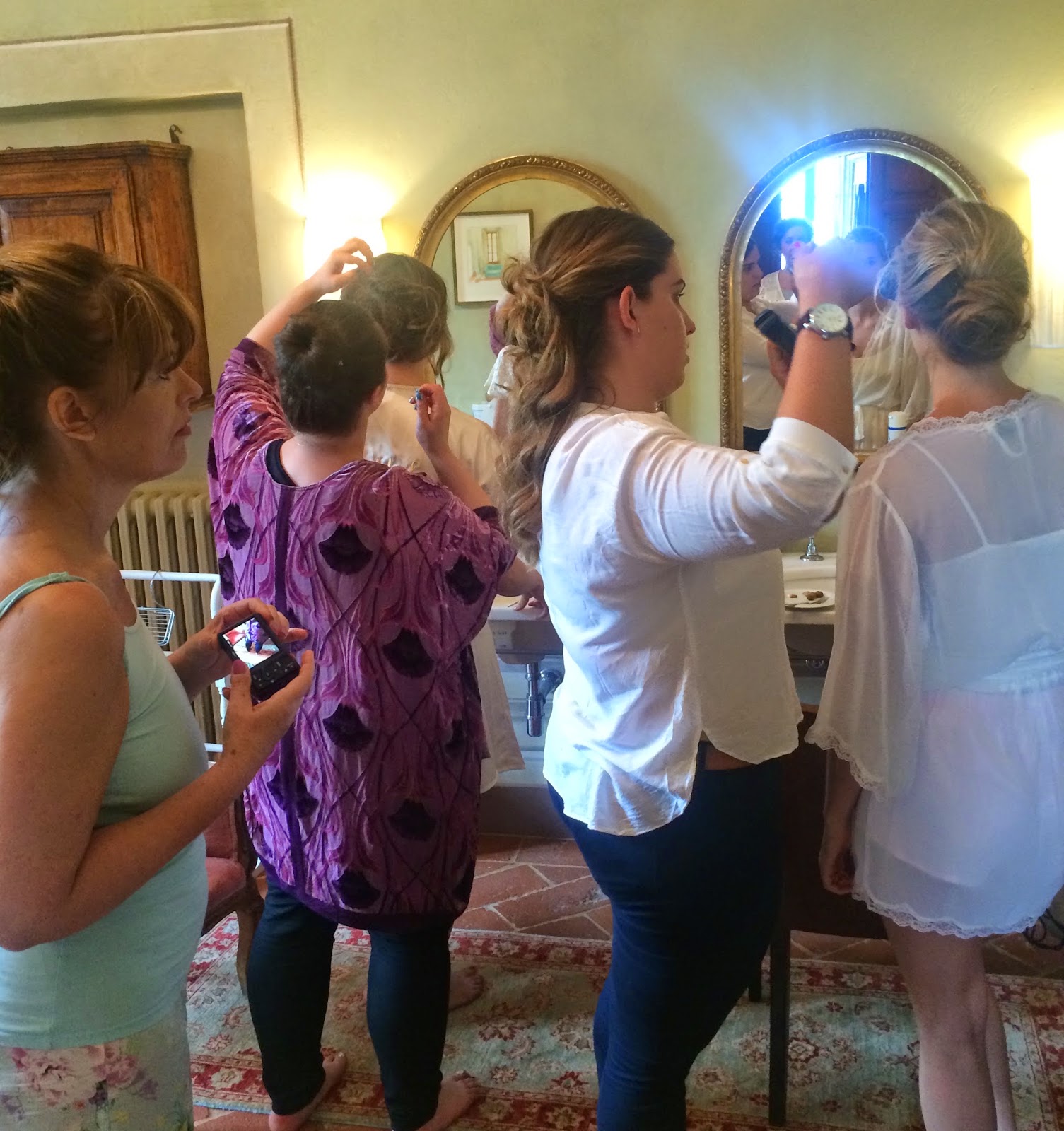 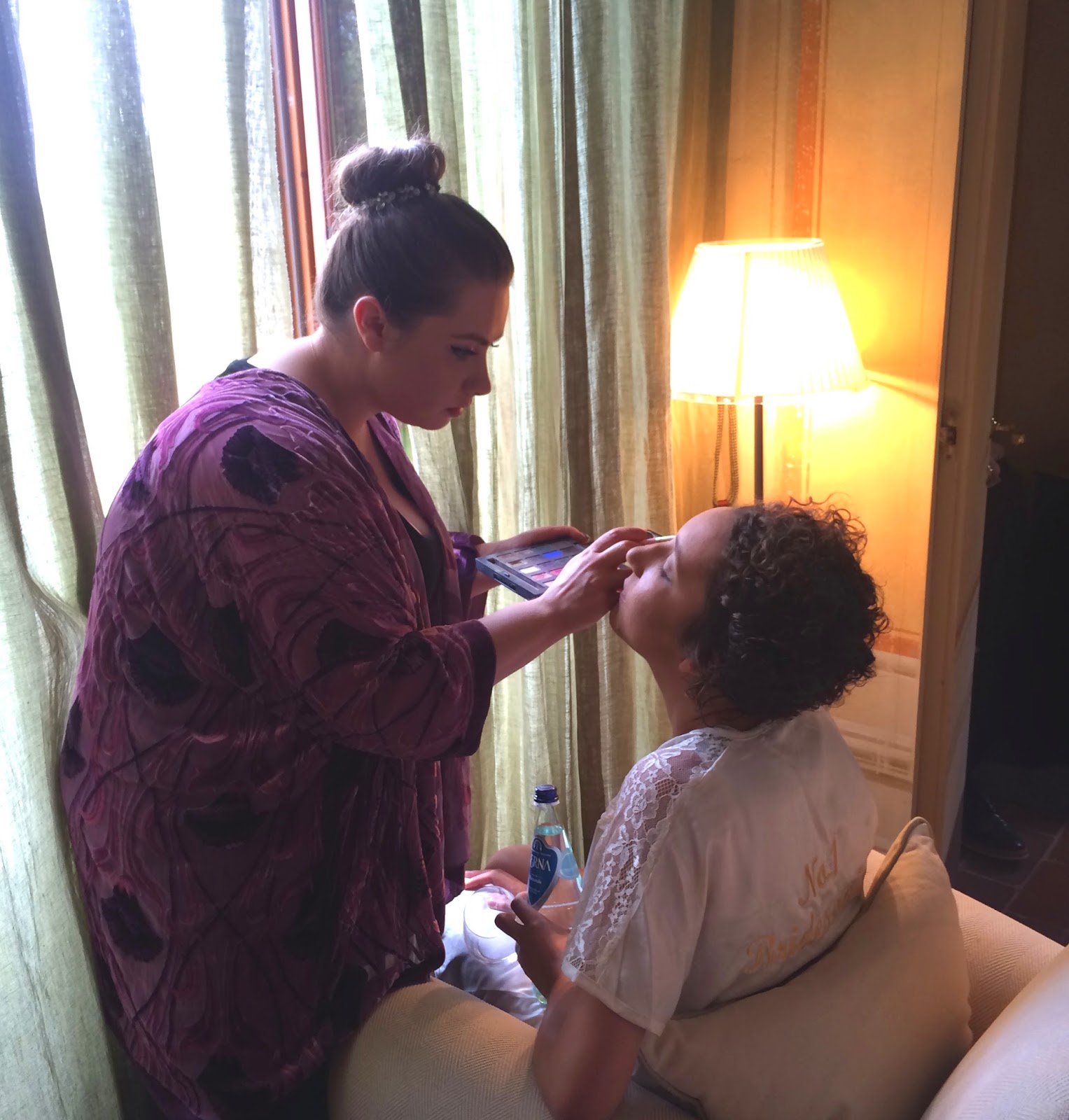 As it was, it ended up raining just as she was about to step onto the aisle. Sadly we had to move the outdoor ceremony into a ballroom instead. It was still beautiful, and the ceremony was partly in Arabic due to the groom’s roots. It was magical, they both looked radiant, and I cannot begin to tell you how proud I was to hear the Maid of Honour singing us all down the aisle, and then the bride’s mother, uncles and cousins singing during the ceremony. Such a talented bunch.

As with all weddings, we ate and drank and danced. We laughed and cried at speeches, took in the beautiful Tuscan sunset as lanterns and candles were lit around the whole perimeter, and stuffed our faces at the dessert table which included a giant millefeuille, a profiterole tower and homemade macaroons. 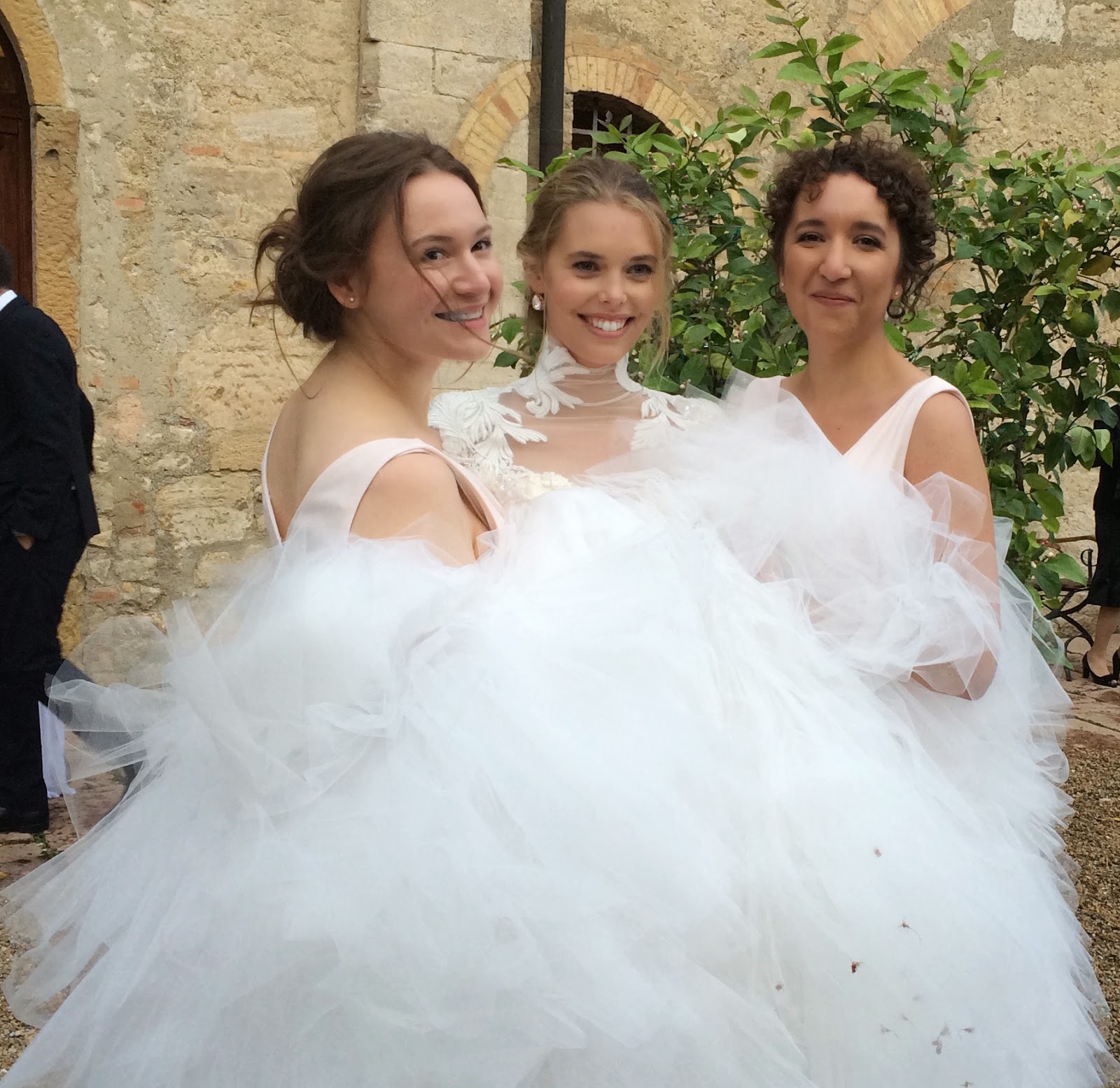 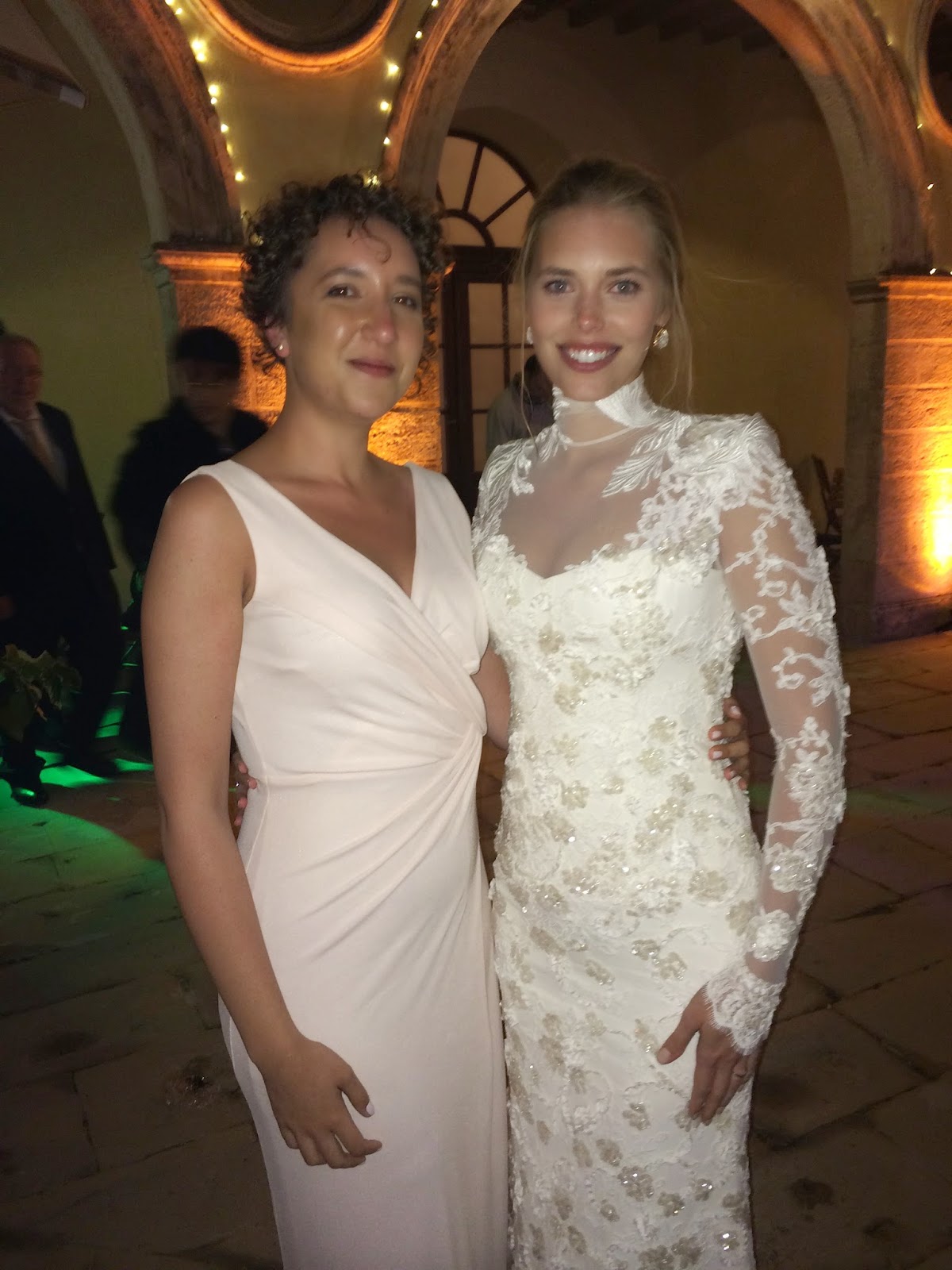 It is still a bit bizarre knowing that my friend is someone’s wife. Although she isn’t just married to anyone; her husband adores her very being and sees her for the beautiful person she is both inside and out. I feel incredibly privileged to have been a part of their day, to still have her as a friend, and to gain him as a new one. Congratulations Phoebe and Georges, I love you!