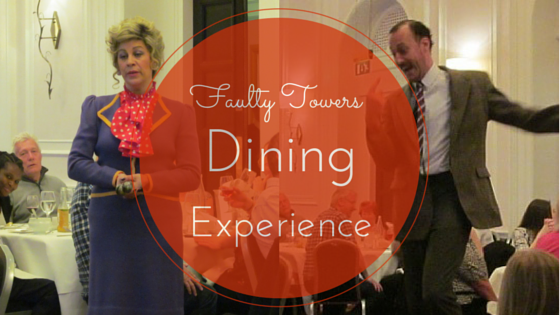 I’ve written before about the importance of British comedy in my life and Fawlty Towers has always been one of my favourite TV shows. So imagine my surprise when, sat making bath bombs at a Joe Blogs event, I see the spitting image of Manuel walk past holding a tray of drinks and looking very flustered. I assumed it was just a lookalike and shrugged it off as nothing special, until a few minutes later the doppelgängers of both Sybil and Basil Fawlty strolled past the door.
After some investigating and excited tweeting, we found out that the Amba Hotel Charing Cross is the residency for Faulty Towers Dining Experience*, a three course meal-cum-theatre production in a mock Torquay restaurant. 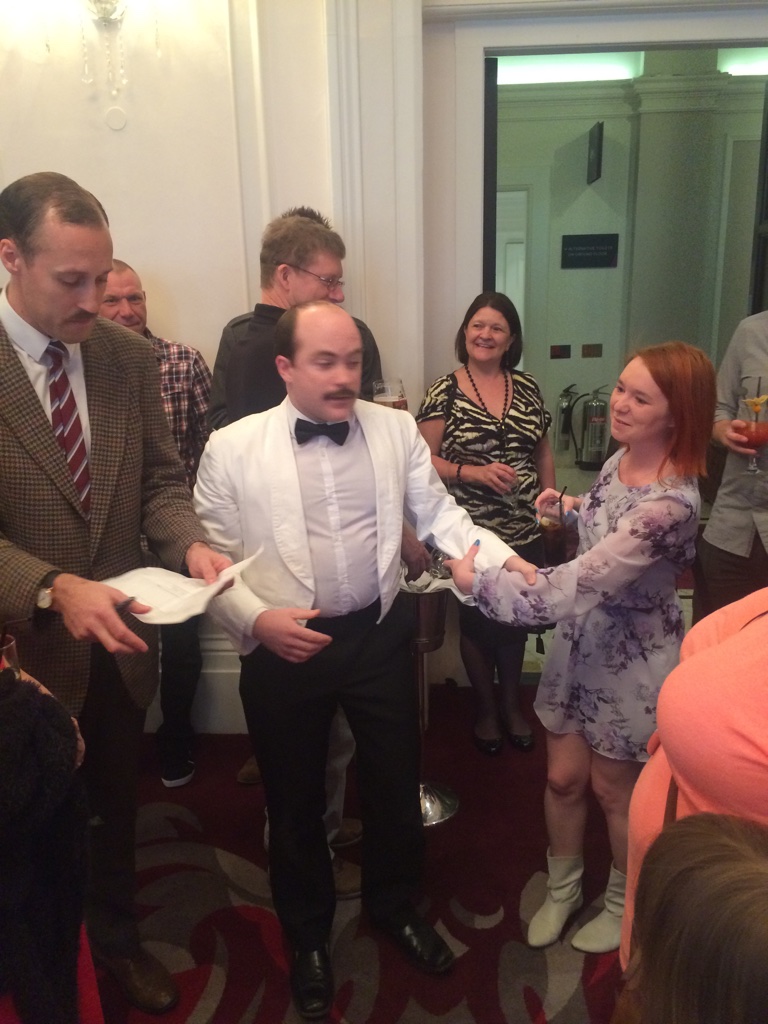 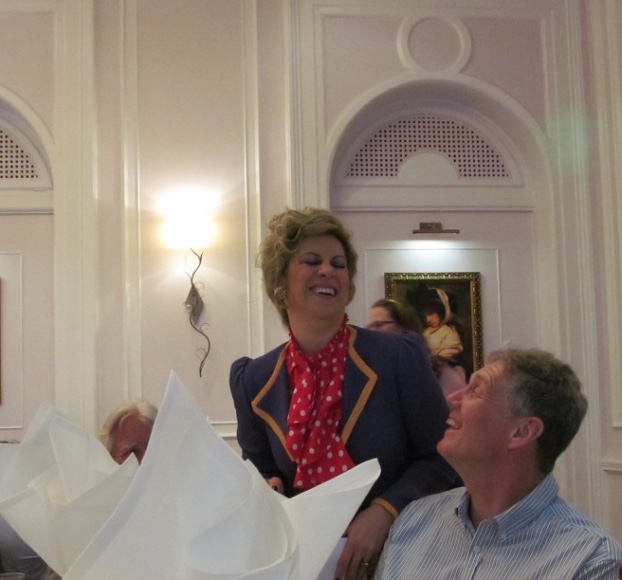 When AJ and I were invited along we were like giddy children, wondering how immersive the experience would be and how faithful to our beloved Fawlty Towers it would be. The show began before we were even seated in the dining area, in Basil’s Bar. There we were introduced to the cast of three (sadly no Polly or Major to be seen) as they bumbled, barked and barged their way through the enthralled audience. Although none of the actors were identical to the characters save for a few key characteristics (Basil’s height, Sybil’s hair etc), they all had their mannerisms and expressions absolutely perfected. Sybil’s laugh was absolutely pitch perfect and had the whole room in hysterics every time she let it loose. 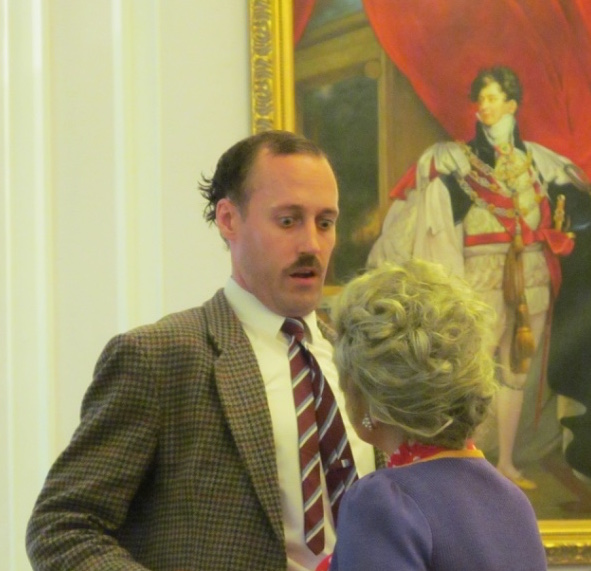 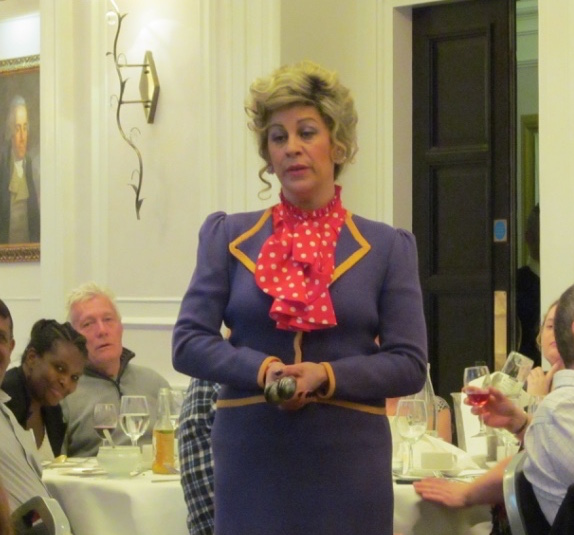 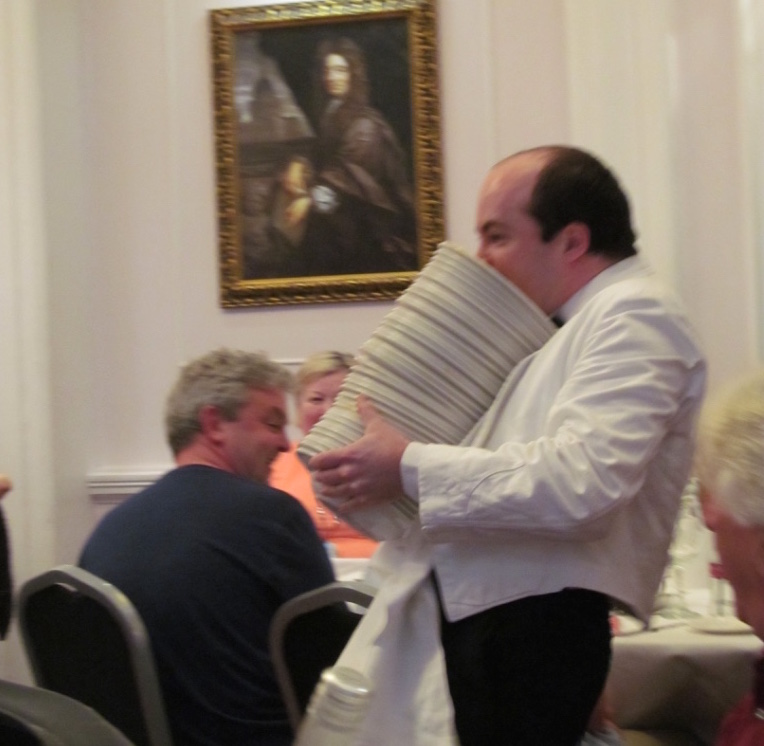 We were then seated in the main area after some organised confusion that led to us all sitting on the floor of the bar and AJ being dragged by Manuel to her seat, then promptly returned to me when Basil realised what was going on. We were seated at a table of ten and served our first course of carrot soup. Now this is why I put this review under ‘theatre’ rather than ‘food’! Do not come to this performance and expect luxurious hotel cuisine. The food and service are, hilariously, made to match what you would expect from a shambolic trip to the real Fawlty Towers. Both the soup and the main of chicken and vegetables were in dire need of seasoning to give any sort of flavour, and the waiting staff purposely served us in a haphazard fashion, meaning you weren’t guaranteed to get your food just because your neighbour has theirs! It was only after the actors had taken a bow at the end that we were served dessert, perfectly brought out by the staff and, thankfully, delicious. 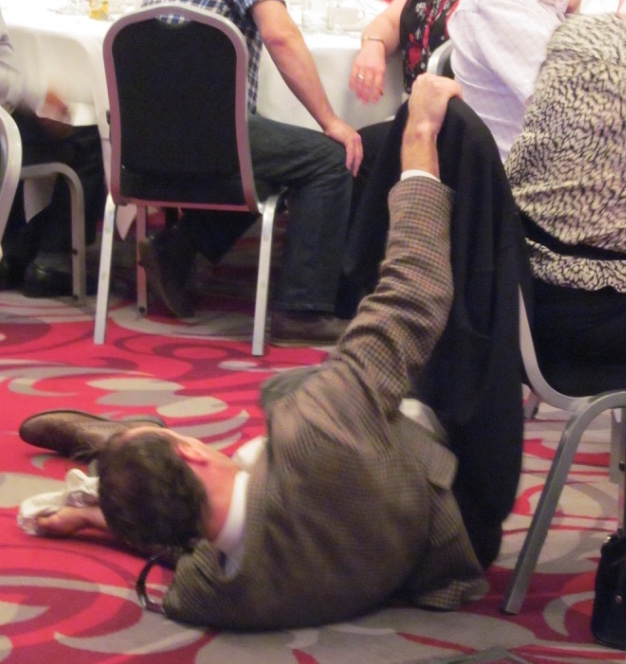 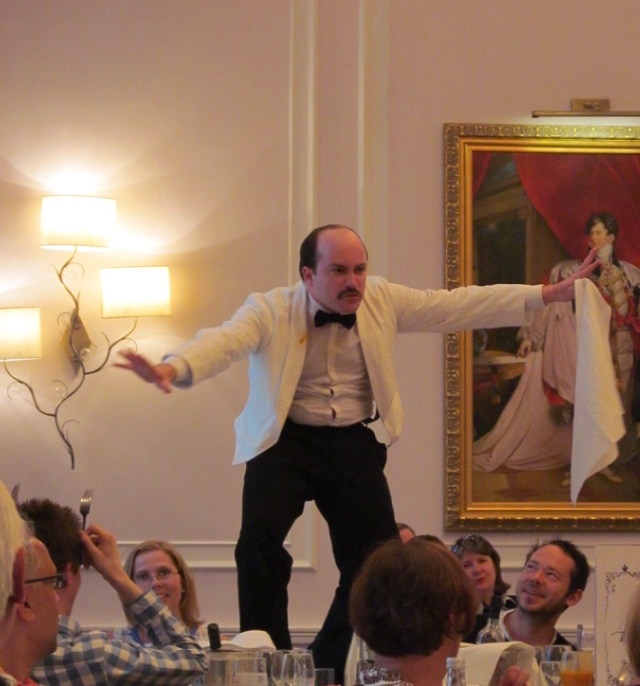 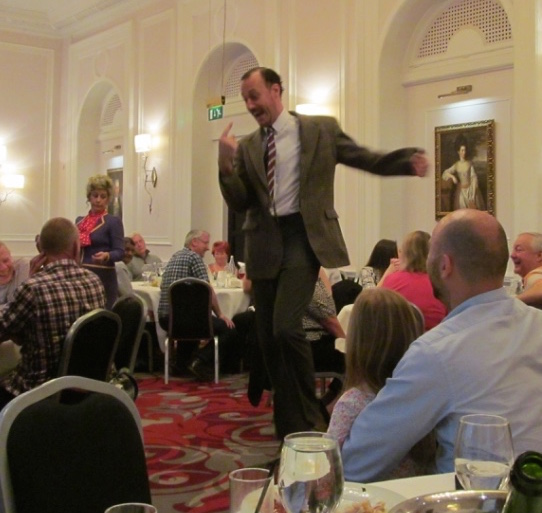 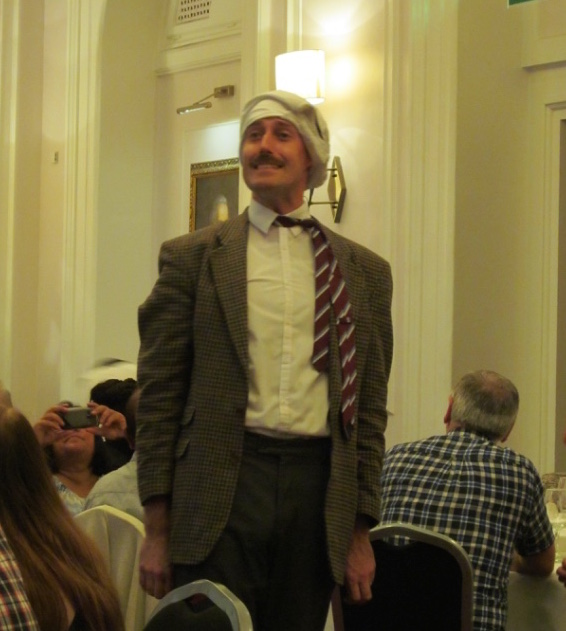 During the ‘dining’ though, we were treated to a fast-paced crash course in Fawlty Towers, with the acting trio whizzing between tables and allowing us to interact with the characters and test their improvisation skills. I took a risk and let my feelings known to Basil about the horrible soup, to which he perfectly snapped from overly polite to fabulously rude in an instant. The show may encourage audience participation but it does still have structure and a script, allowing us to see some of the most famous Fawlty Towers scenes played out in front of us. This included an introduction to Manuel’s pet hamster, Sybil finding Basil’s betting slip, and Basil goose-stepping between tables.

For a die-hard Fawlty Towers fan it was so much fun to recognise my favourite scenes and see characters that I’m so fond of come to life in front of me. Now if somebody would like to arrange a night our inspired by Spaced, or wine tasting with Bernard Black, my little British comedy loving head may just explode with happiness.