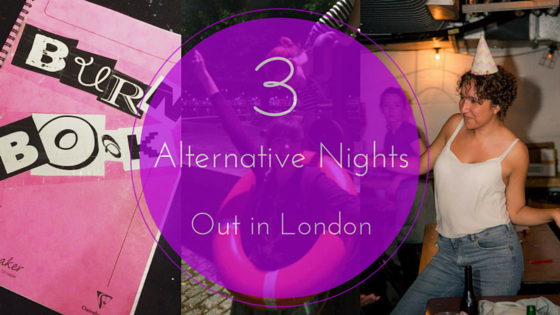 I’m rubbish at going ‘out-out’. I hate crowds, I hate drunk people, I cannot wear heels for an entire evening and for the most part, the music is shite. I will occasionally hit the town, but generally that will include somewhere I can sit down and be able to hold a conversation. In the last couple of weeks I’ve headed out with some of my favourite blogger ladies to experience some alternative nights out in London which aren’t stupidly expensive. 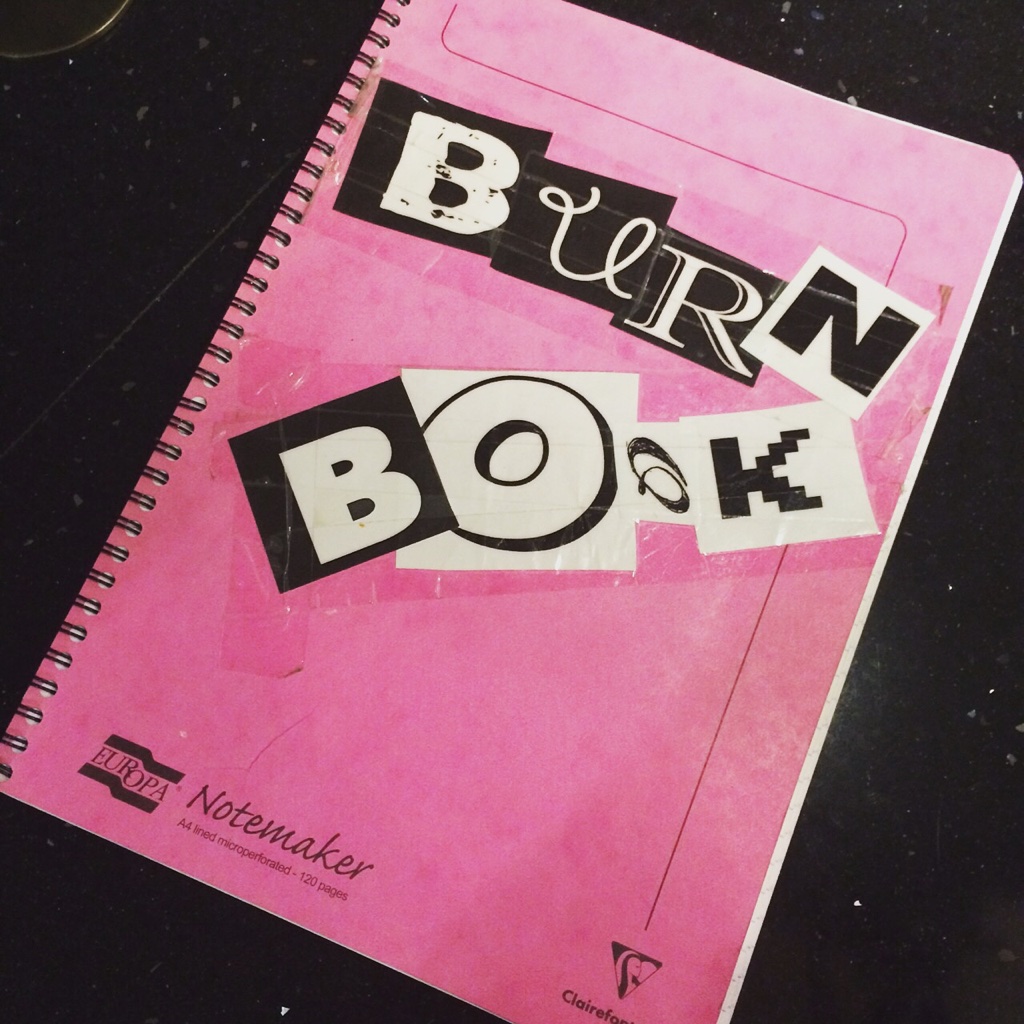 I’ve said before that the Prince Charles Cinema, hidden at the back of Leicester Square, is my favourite cinema in London. Their all night slumber parties are the ultimate in movie geekery, and it was at one of these that I first watched Mean Girls.

The ‘Bitchalong‘ allowed those of us that know the film inside out to indulge in reciting the entire thing in a dark room full of other losers wearing pink (it was a Wednesday, obviously). There was an actual Burn Book in the foyer for me, Erica and Katy to fill with evil messages for other attendees. Once we were settled in our seats, our very own Damian hit the stage to sing his own rendition of ‘Beautiful’ and get members of the audience to competitively eat the film’s infamous Kalteen bars. Despite having watched the film countless times, it becomes 10x funnier when surrounded by other people who know it word for word and also unashamedly shout out all the most inappropriate quotes with childish glee.

Check out the Prince Charles Cinema listings to see what other interactive showings they have on every single evening.

I am no stranger to the world of Musical Bingo, having been a regular for a good four years now. It does exactly what it says on the tin: you get a bingo card, the dj plays songs and you cross off any of the ones you get until somebody gets a line -> two lines -> three lines -> full house. But while those songs play, you dance! They play absolute pop classics throughout the night, with pretty much everyone in the room singing along and busting some signature moves.

Our group was made up of some seasoned pros like myself, and total newbies. I always find that it’s the first timers who manage to win prizes, and Charley and Katy both got to go up on stage and get their pick of the things on stage. These include everything from fake moustaches, to a round of cocktails, and the grand prize of a barbecue (friends of mine have previously won a slow cooker too!). It is not a serious game and that’s why I love it.

Musical Bingo appear all over the city as well as performing at festivals on a regular basis too. If you’re like me and like going out for a drink but prefer your music on the carefully curated pop side of things, AND you can sit down whenever you want, this should definitely be on your to-do list. 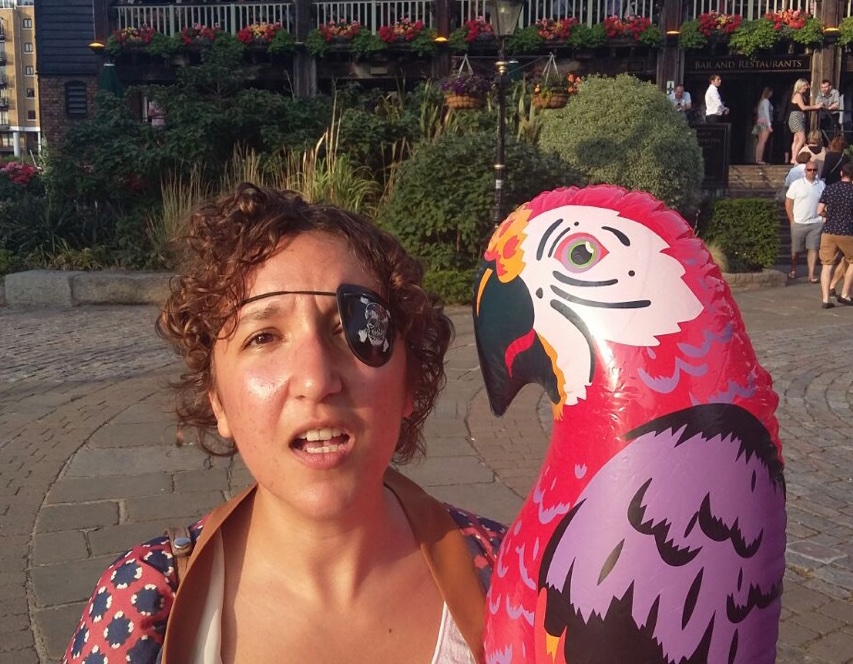 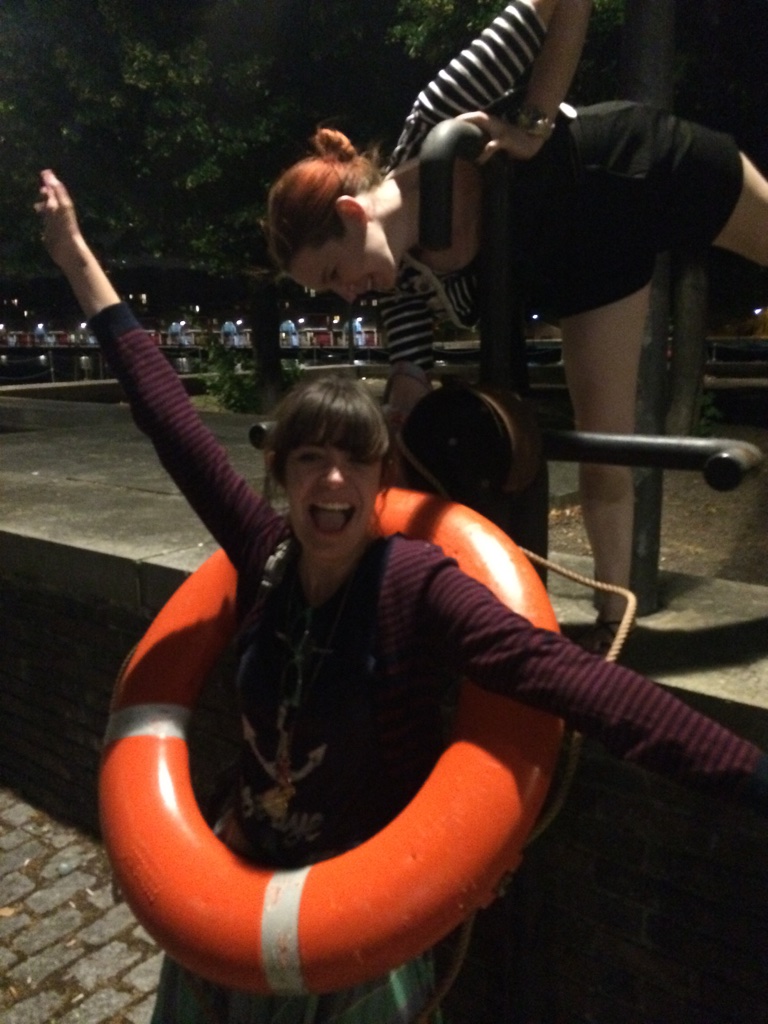 I’ve done numerous walking tours in London and those with Best LDN Walks are always a total hoot. These aren’t just your usual wanderings around town with some historical bits chucked in; they’re made to show you sides of the city you didn’t even know existed. This pirate themed one took in Wapping, an area of London that is totally under-rated and just so happens to be very close to where I live, so I was super excited to take in some local knowledge.

We were told about the laws of pirating, dispelling myths about their naughty ways and actually showing them to be pretty mild. Did you know that they had to be in bed by 8pm? And that there was no fighting, gambling or women allowed on board. That’s really where Wapping came in; they’d come on land and fill their boots with all the things that were prohibited on the open seas. This would happen in and around the pubs of the time, many of which still exist and still have remnants of their pirate past open to see.

Our guide, Charlotte, introduced us to pirates that were hanged twice (because some people just can’t be trusted to tie a noose), pirates that were actually women, and pirates that set their beard on fire for one hell of a memorable entrance. In turn, we rewarded her with Mean Girls quotes and drove her to drink. I think that’s why she keeps inviting us back…

Check out Charlotte’s other tours with Best LDN Walks and see a whole new side of London one evening.