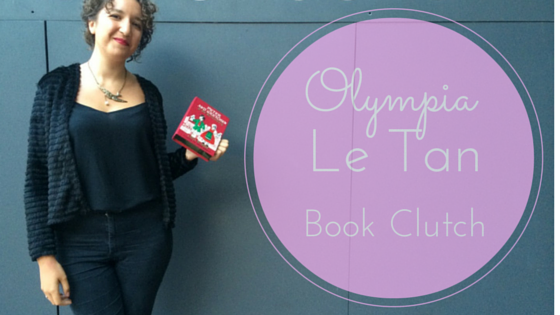 Occasionally, at a sample sale, I will find one absolute gem. In amongst the slightly battered shoes and the rails of jumpers with a tiny snag in them, there will be the item that you know was meant to be yours, and fate brings you together in a beautiful way. For me, I spied this Olympia Le Tan book clutch when I was already in line to pay at a Net-a-Porter friends and family event.
I saw a member of sale staff put it back out on the table after somebody had decided against it as they were about to pay. In an epic feat of flexibility, I hurdled, Chariots of Fire style, over the velvet rope of the queue and sprinted over to where it lay. It was the ultimate buyer’s rush; I was giddy with excitement to actually be holding a bag that I have lusted over for so long, but have never been able to afford. 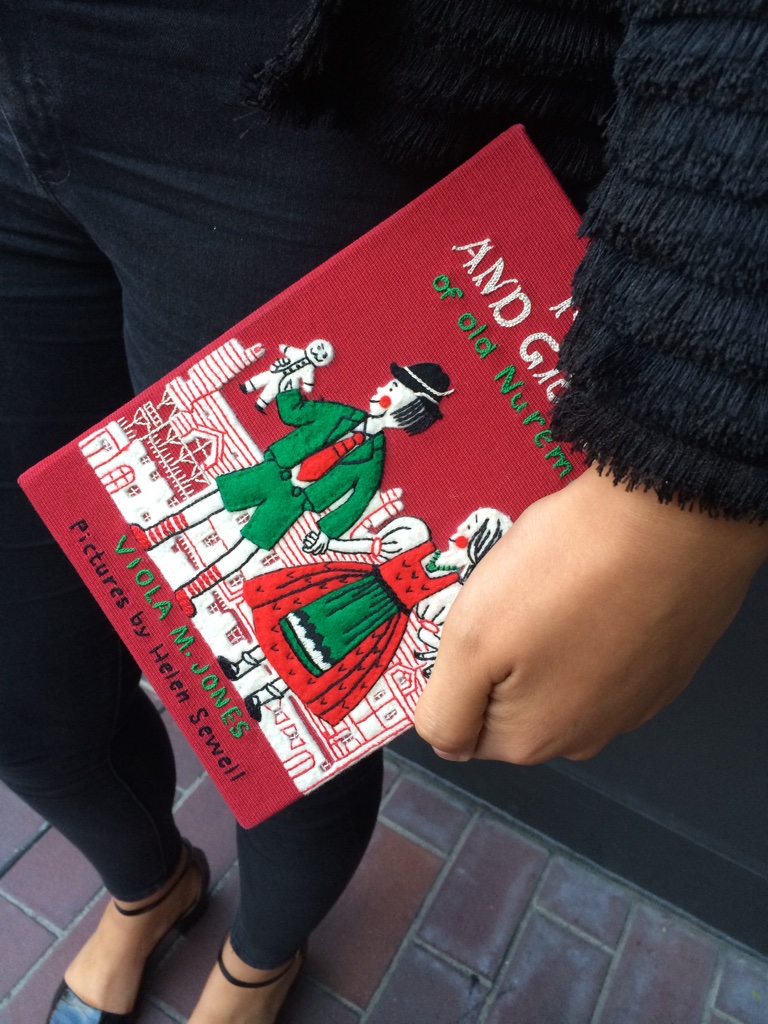 Now, that’s not to say that it was pretty pricey (especially on top of the other bits already in my basket, including the bits in this outfit post). It was £150 BUT reduced from a whopping £1100, so I’m saying that’s a bargain. And I do genuinely see these rare purchases as an investment – ultimately these items do last longer than the cheap and cheerful ASOS bits that make up the majority of my wardrobe. Also, it’s soooooooooooo pretty. I mean, really. LOOK. 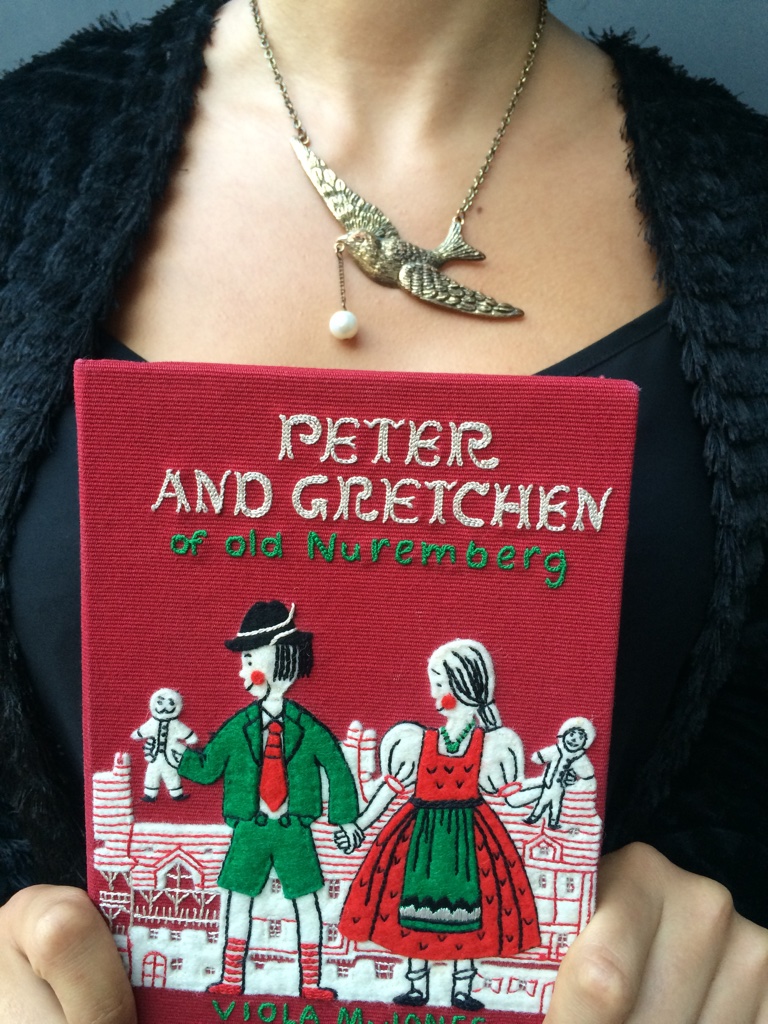 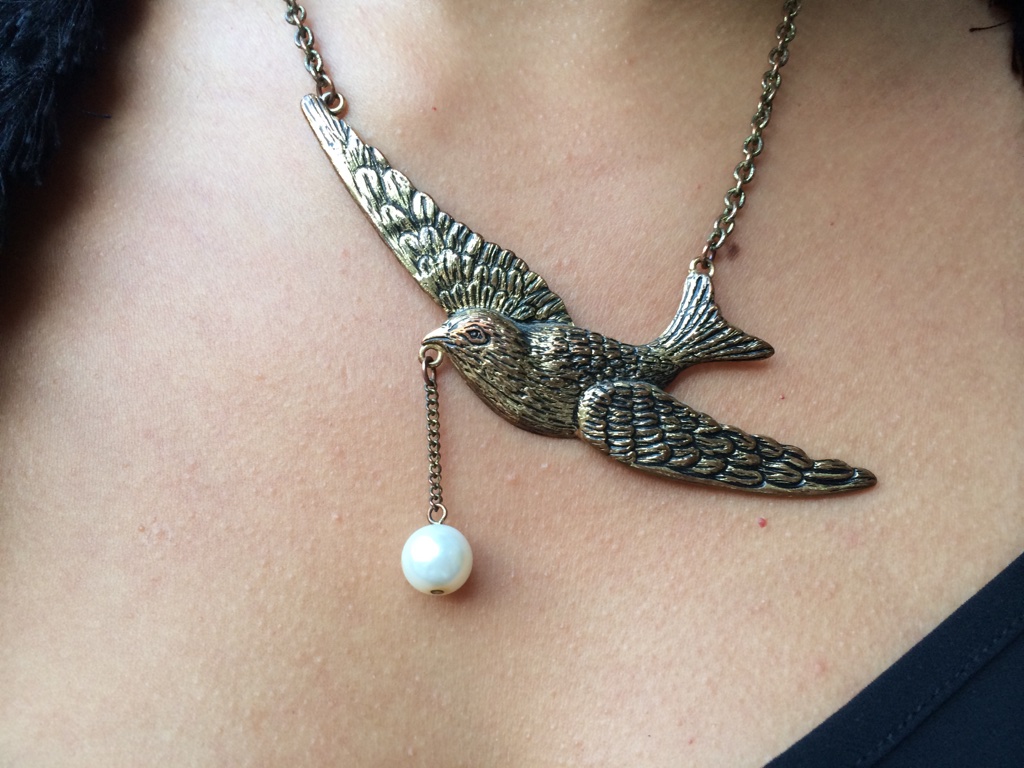 It’s surprisingly roomy, fitting in my sunglasses, phone, Oyster card, keys and all the other bits I need for a night out. Yes, it’s a bit of a pain in the arse to carry, but as I was only going to the theatre, it wasn’t cumbersome at all, and it’s just the same as carrying any other clutch bag. Except I was terrified to put it down anywhere in case the embroidery got wet/snagged/set on fire. As the bag was the focus I wore an all black outfit which is really what I’m most comfortable in. Even as the weather has got better, black has been my staple colour, even if it’s now in shorts/culottes form instead of jeans.

Novelty bags are all over the place at the moment, clearly taking influence from brands like Olympia Le Tan but also Marc Jacobs and Moschino who have flaunted big, bold and out of the ordinary accessories for a while now. The high street is doing a cracking job at taking on the big guns too. These book clutches are absolutely iconic accessories, from a brand that is all about kitsch, quirky and unique. Other ‘covers’ in the range include Lord of the Flies, Brideshead Revisited and even a new limited edition Ian Fleming collection. Wouldn’t it be amazing to have a shelf full of them?