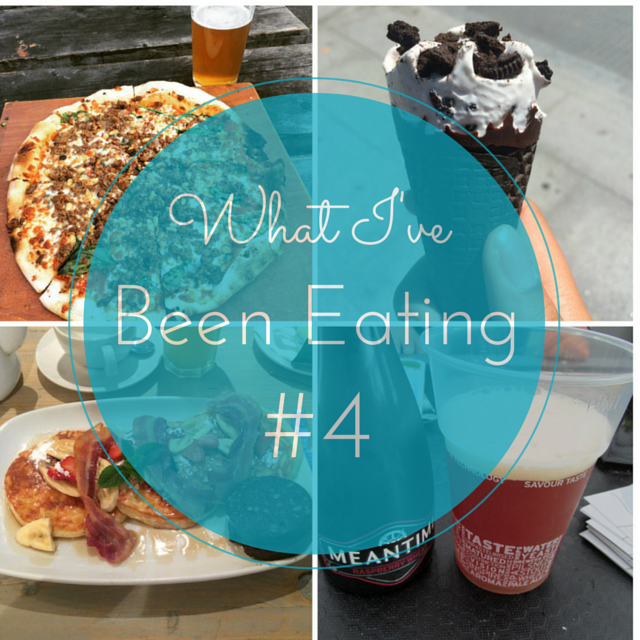 As much as I love writing full blown food reviews, sometimes it’s not always appropriate to whip out a camera at the dinner table, or I may only have my phone with me which just doesn’t do the meal justice. Here’s some of what I’ve been eating recently (otherwise known as The Reason I Force Myself to Do Exercise)
:

Pizza and beer at Crate Brewery 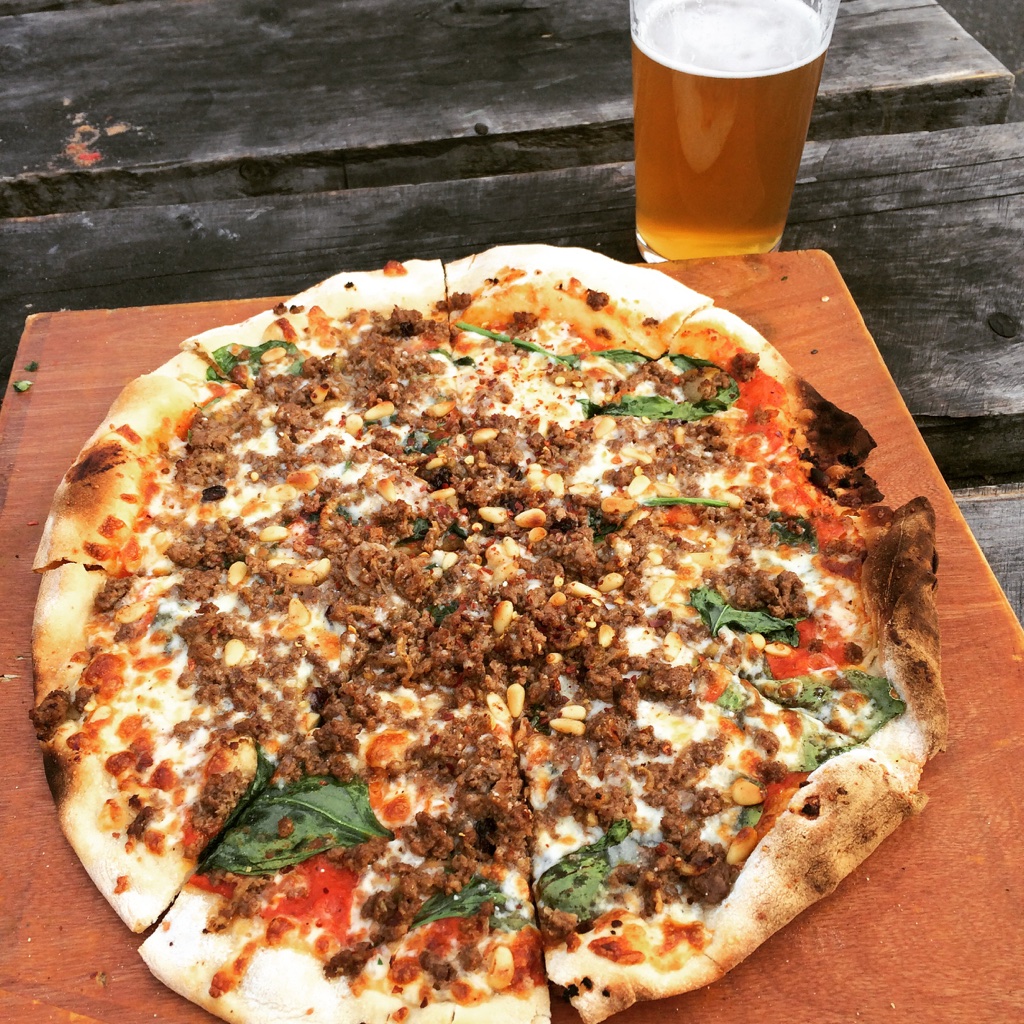 Crate Brewery is around the corner from Hackney Wick station, set right on the canal side and is the perfect hangout spot for a lazy evening in the sunshine. I headed down for a catch-up with Emma Inks, and in between supping on the on-site brewed Crate Pale Ale, we ordered massive pizzas. I had the Middle Eastern Lamb which as well as the obvious came with parmesan, mozzarella, pine nuts, mint and chilli flakes. It had a bit of a kick but not overpowering, and the base was crispy and flaky around the crust. You could tell it was made then and there, not just because it took a while to arrive, but it was obviously fresh and not from a frozen production line. Excellent for chilled out summer nights with friends. 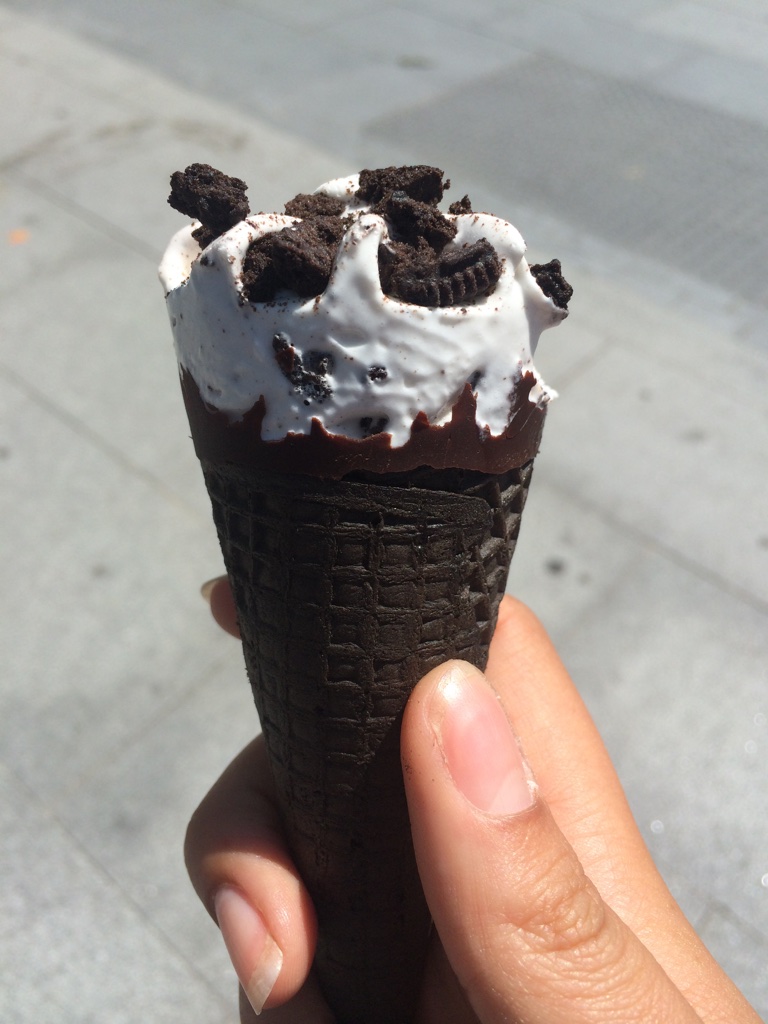 Last week when it was 34 degrees outside I made the obvious decision to have ice cream for lunch. I had a Cornetto on my mind but near my office is one of those newsagents that sells literally everything, including it seems, an Oreo ice cream cone. The cone itself is made of Oreo, the topping is in fact mini Oreos, and right at the bottom of the cone, inside, is melted chocolate. I couldn’t have been happier to have an hour out of the office in the sunshine, until I found this bad boy. Happy days. 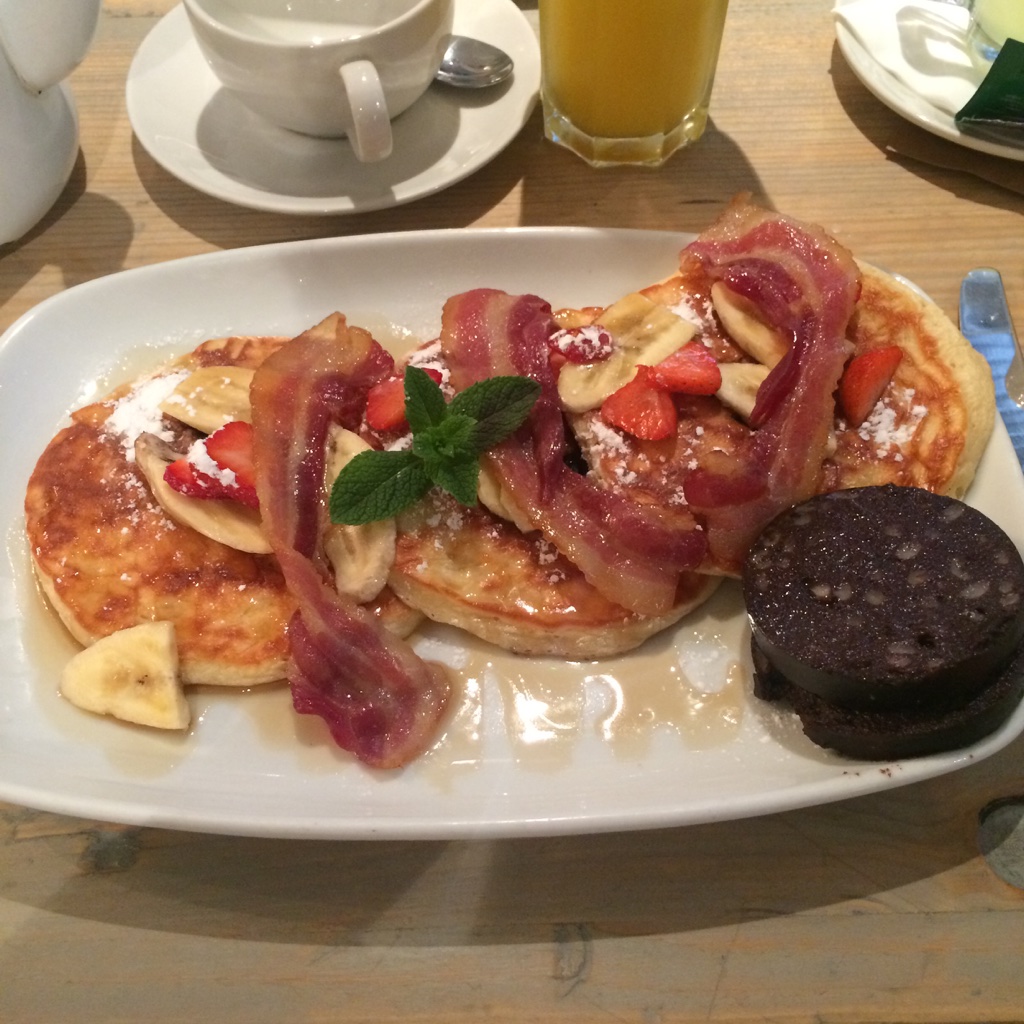 Bill’s is so much of an institution that I don’t even remember when I first paid a visit. I’ve been for every meal at some point and I pretty much always try something new. One lazy Saturday, me and the boyfriend walked over to the London Bridge outpost for brunch and while he indulged in a full English, I went for pancakes. I normally just go for bacon and maple syrup, but I went full-blown piggy and added bananas and strawberries. And black pudding on the side because I was jealous of my boyfriend’s. I don’t regret a thing. 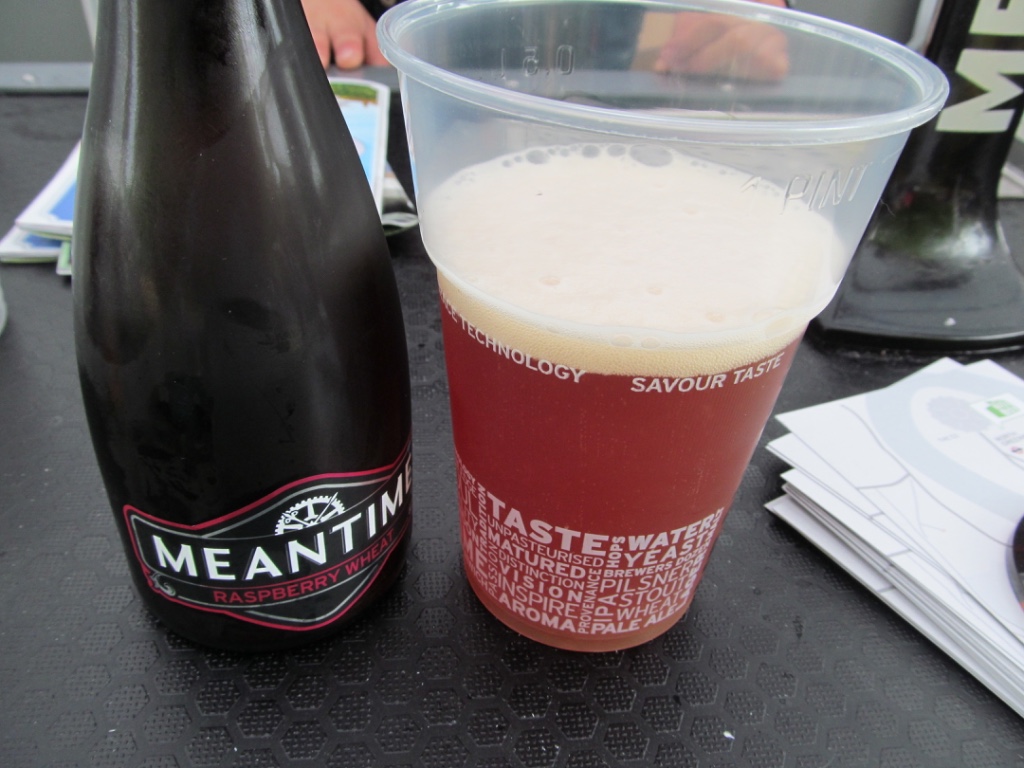 I’m not normally much of a fruit beer fan, except for Fruli – my god, I love Fruli. But normally the sweetness of them makes the bitterness of the beer too obvious and it’s just a bad combination. I tested this Meantime out at Taste of London and it was surprisingly delicious. It actually tasted of raspberries but still had the tang of a beer and instead of being sweet, it just had a fruit flavour to it. Super refreshing, if only it had been nice weather at the time.