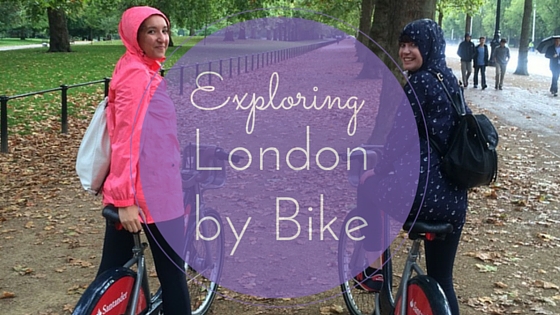 I haven’t ridden a bike in at least five years. When I lived in York I cycled everywhere (and that place is full of hills so my arse was AMAZING), but the thought of riding a bike in London has always terrified me, with horror stories in the news of collisions and accidents. Cyclists don’t even seem to be nice to each other a lot of the time, I’ve seen some people have screaming matches at traffic lights to the amusement of passing pedestrians. But I hate the tube and I want to be more active so Charley and I took the plunge and decided to just give it a go. 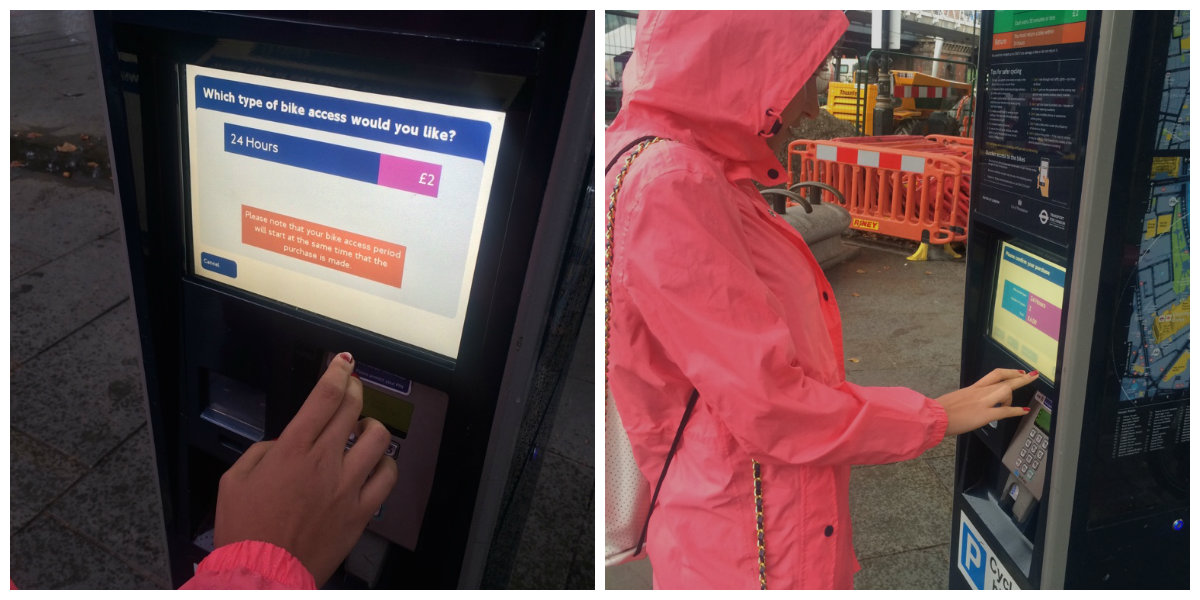 Santander Cycles*, or Boris Bikes to you and me, are £2 to hire and there’s docking points all over the city. I used my ultimate favourite app Citymapper to find one close to Embankment station and the plan was to head to St James’s Park for a little bit of a trial run before we headed out in the dangerously close vicinity of actual people. It was pissing it down with rain but we were prepared with raincoats and good, stern British determination and walked up through Horse Guard’s Parade to the park, where we were greeted with a NO CYCLING sign. This turned out to be a theme for our whole ‘ride’ – London seems to be extremely unfriendly to cyclists and you almost have no choice but to go on the actual roads which, with lack of confidence and helmets, we weren’t prepared to do. 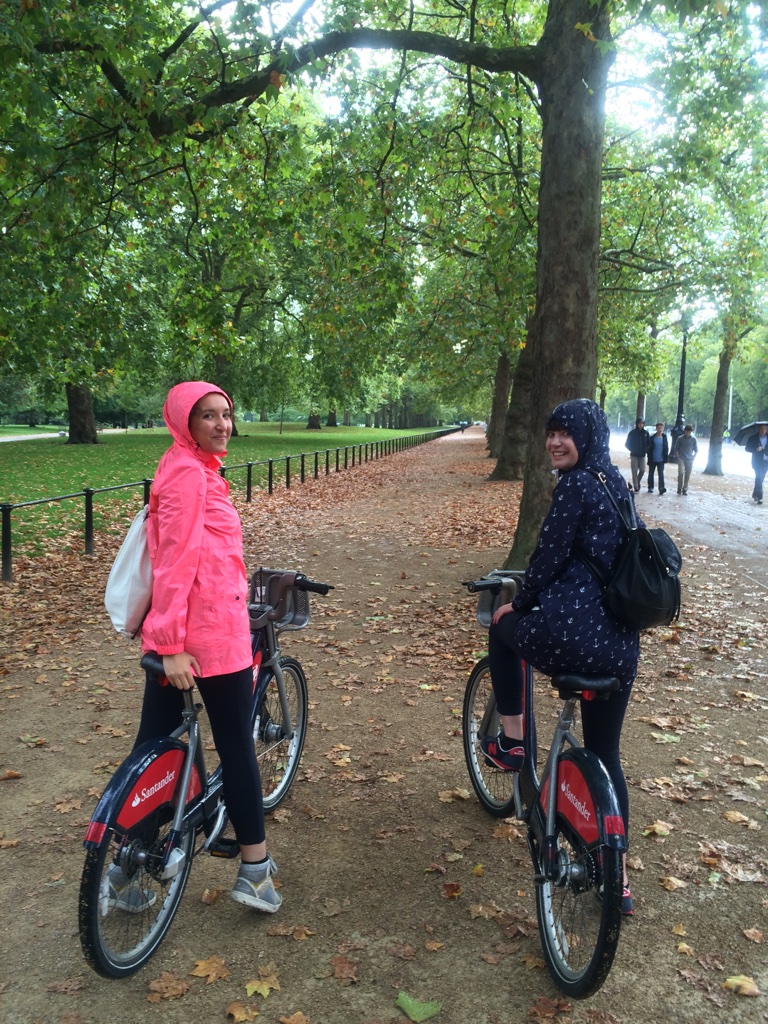 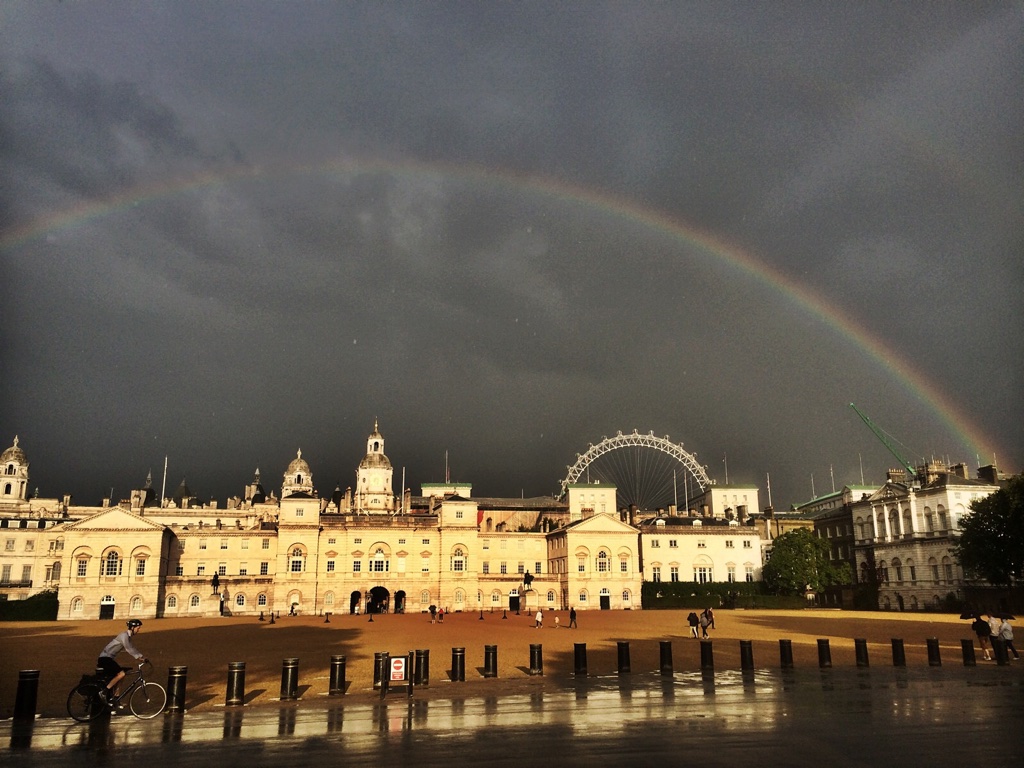 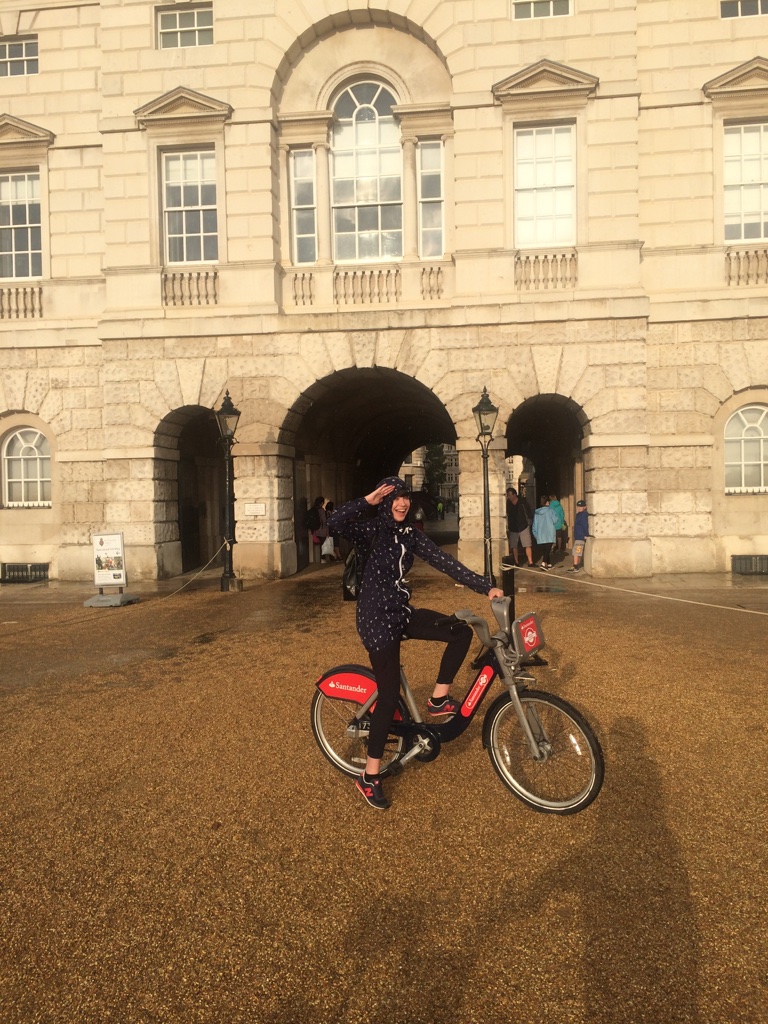 So we gleefully took to the wide, cycle friendly paths around the park, along the Mall, down towards Buckingham Palace and round to Westminster Abbey. Our route then took us along the river so we could tick off tourist attractions the whole way down. I heard Big Ben ring for the first time as we headed past the London Eye and east towards all the iconic bridges of the city, aiming to get to Tower Bridge. Up until Blackfriars we were able to cycle freely, but the Thames Path is a bike-free zone so we had to walk most of the way from there. That included a misguided attempt at trying to get the surprisingly heavy bikes up some stairs (with no help from a cackling Charley!). 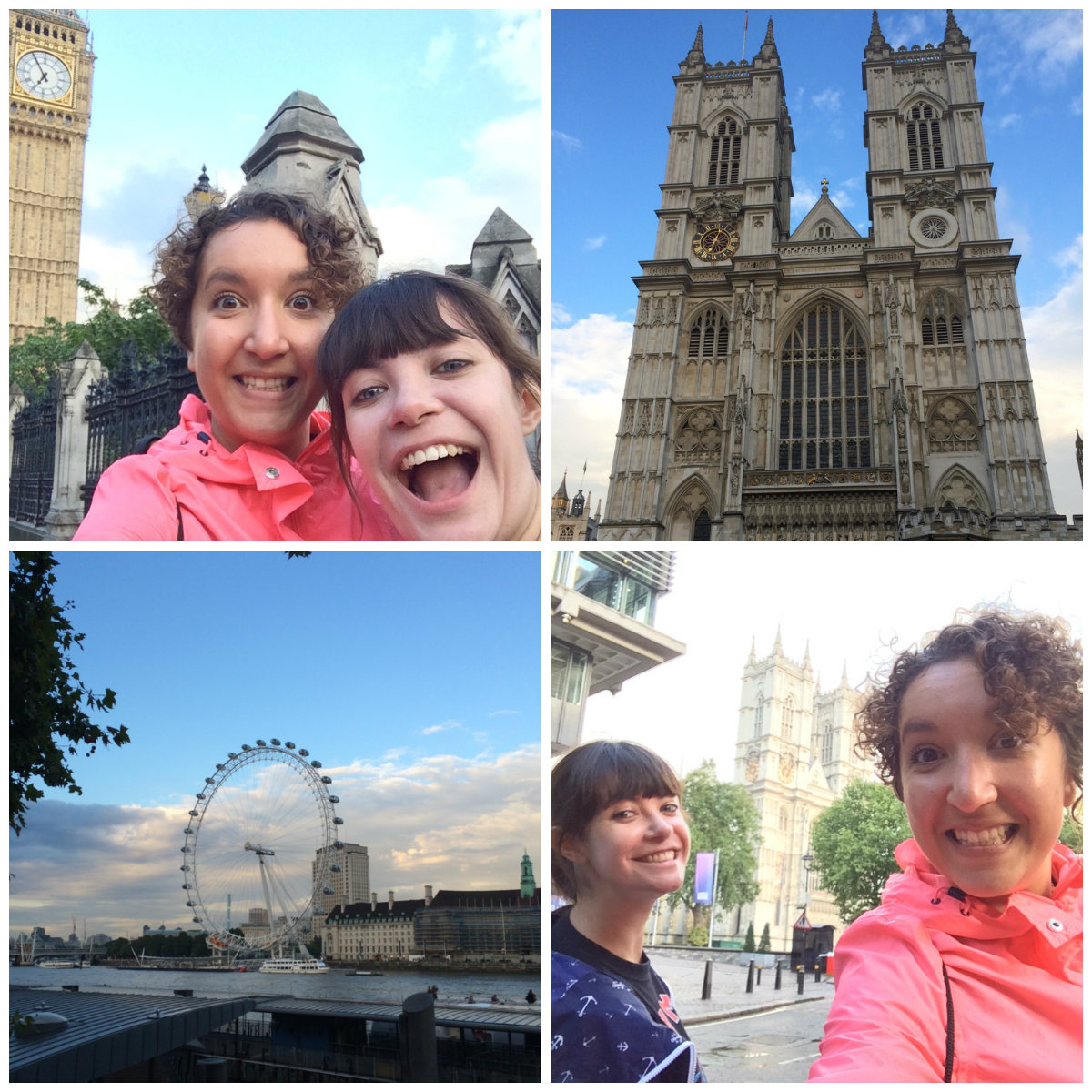 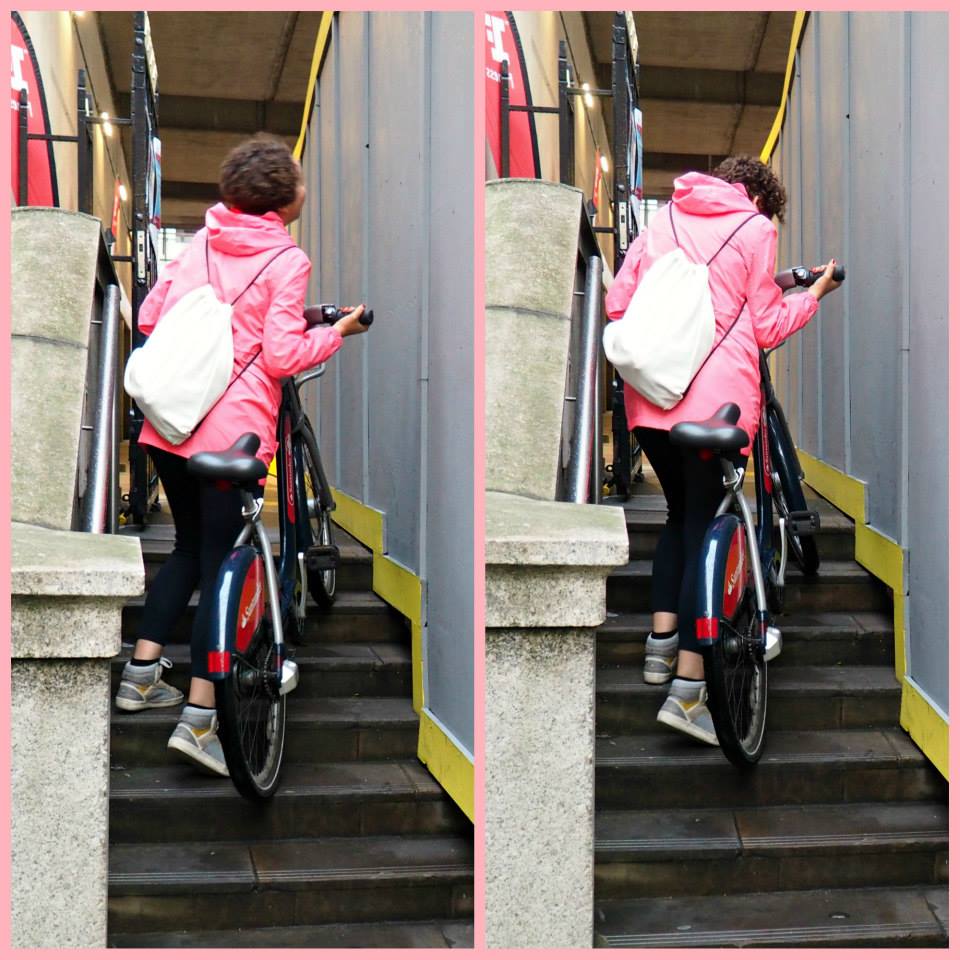 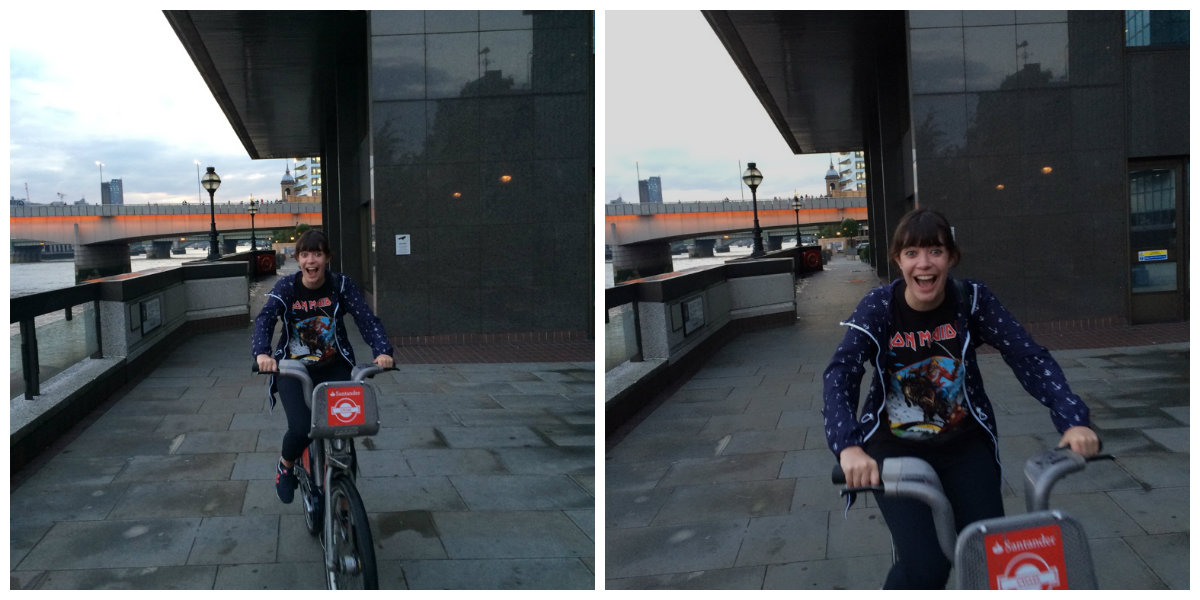 After two hours we finally made it to St Katharine’s Docks and gleefully got rid of the bikes which had started off as a new friend but by the end was a butt-destroying, soul-eating hunk of metal which, quite frankly, could go and do one. We hobbled over to Zizzi’s and ate EVERYTHING in order to numb the pain and reminisce of times when we weren’t totally and utterly knackered.  Despite everything it’s definitely fun as an occasional adventure but I can see why regular cyclists are so angry all the time!

Disclaimer: Santander Cycles kindly offered to pay for our bike hire and meal afterwards but (quite obviously) all views are very much my own!