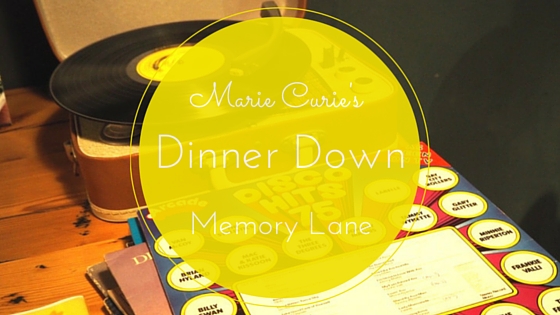 I wish I’d been alive in the 70s. Fleetwood Mac, The Two Ronnies, flares, Woodstock, The Clangers, fringing, ABBA – it’s the decade that I inadvertently always end up channeling (mainly with my accidentally morning ‘fros that basically turn me into a less attractive Marc Bolan).

Marie Curie totally get the obsession. They know that even if you didn’t live in an iconic decade like the 70’s, the world is obsessed with ‘vintage’, so why not embrace it and host a dinner party with exactly that in mind. Dinner Down Memory Lane invites people to throw back to their favourite era and host people in their homes for some FUNdraising while indulging in some guilty pleasure food and tunes. 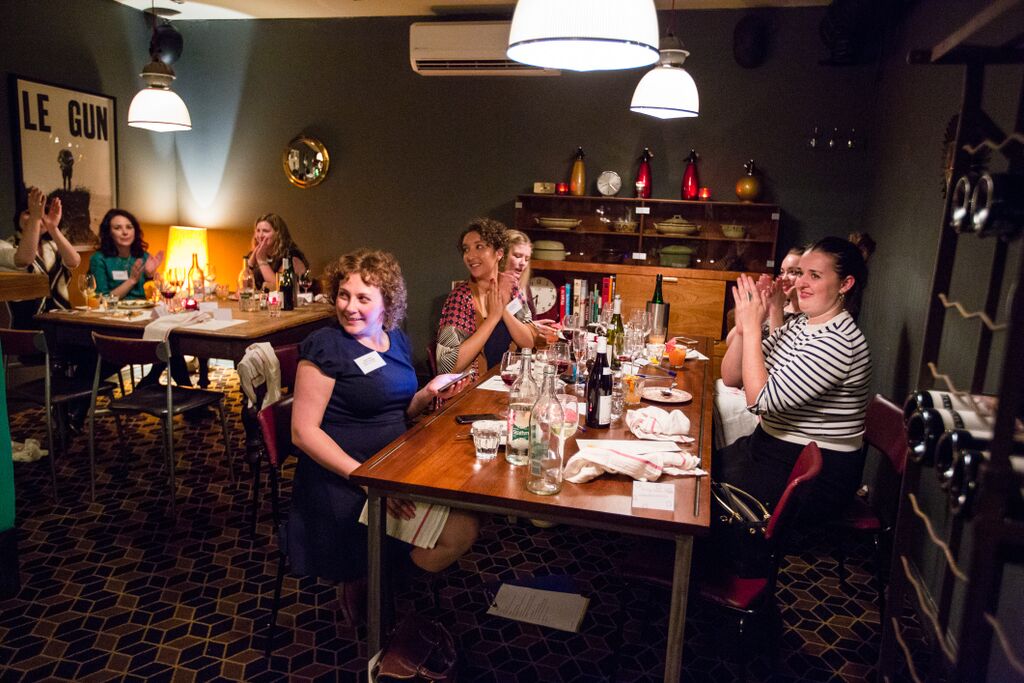 To give us some inspiration, Marie Curie invited some lucky bloggers down to experience their take on the Dinner Down Memory Lane at The Disappearing Dining Club’s restaurant, Back in 5 Minutes. Katy, Erica and I hunted down the restaurant which is hidden at the back of clothes shop Ante on Brick Lane, behind a dark curtain and down some stairs, in a small room kitted out in beautiful 70’s home decor and paraphernalia. 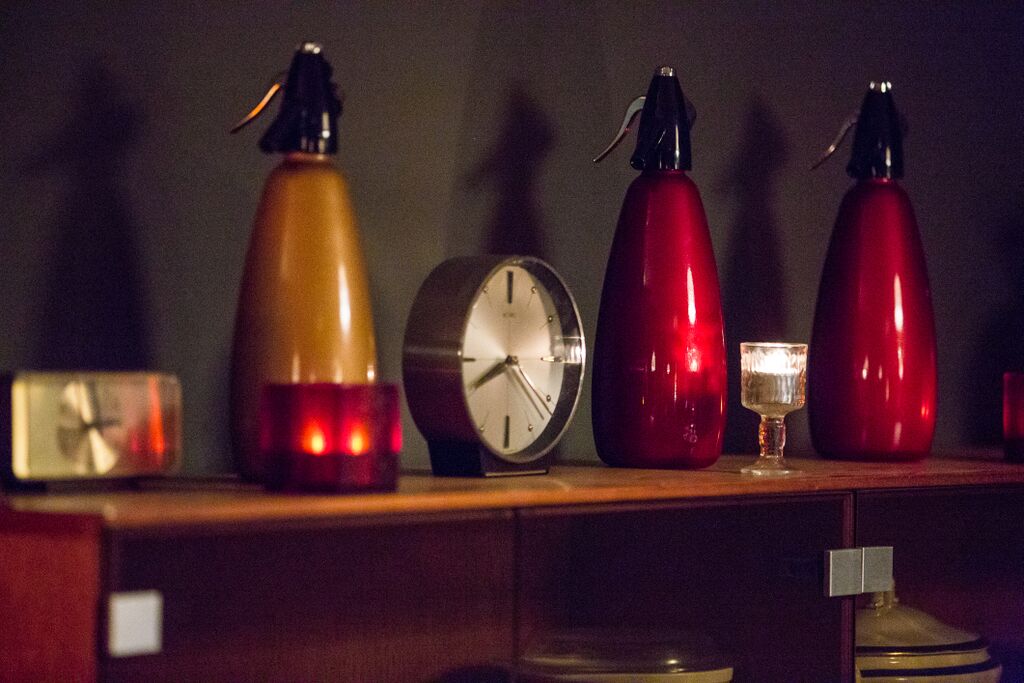 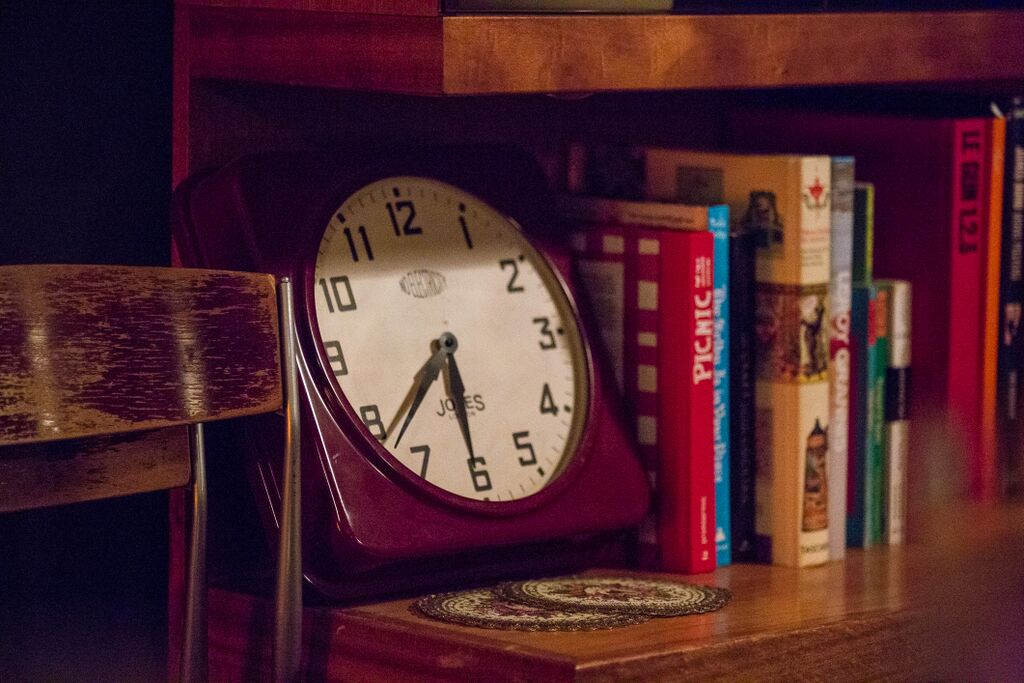 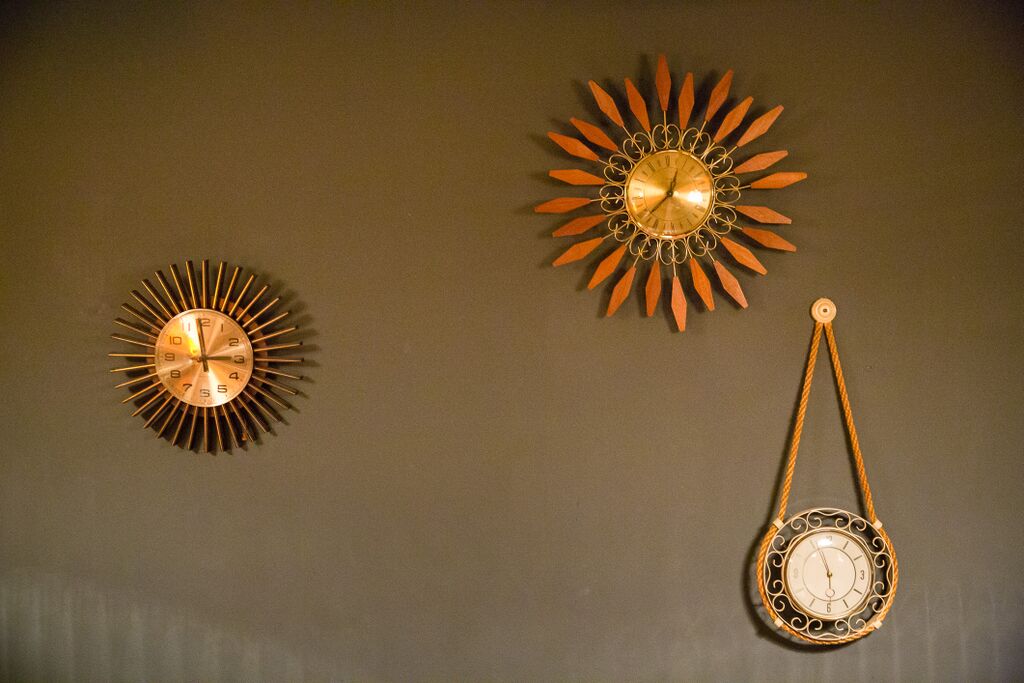 We started with Dirty Shirley Temples (vodka, cava, orange and grenadine) before sitting down to be served a five course menu with a retro twist, along with matching booze which was similarly inspired by decades past. Gone was the Marie Rose sauce of the classic 70’s starter of prawn cocktail, instead it was served to us in a Vietnamese style with fresh ginger and spring onion flavours. The French onion soup was not watery but more like a broth, laden with Gruyere and crunchy croutons. Homemade bread and charcuterie served with it certainly stepped up the level of sophistication to dishes I would have otherwise easily shunned from a menu. 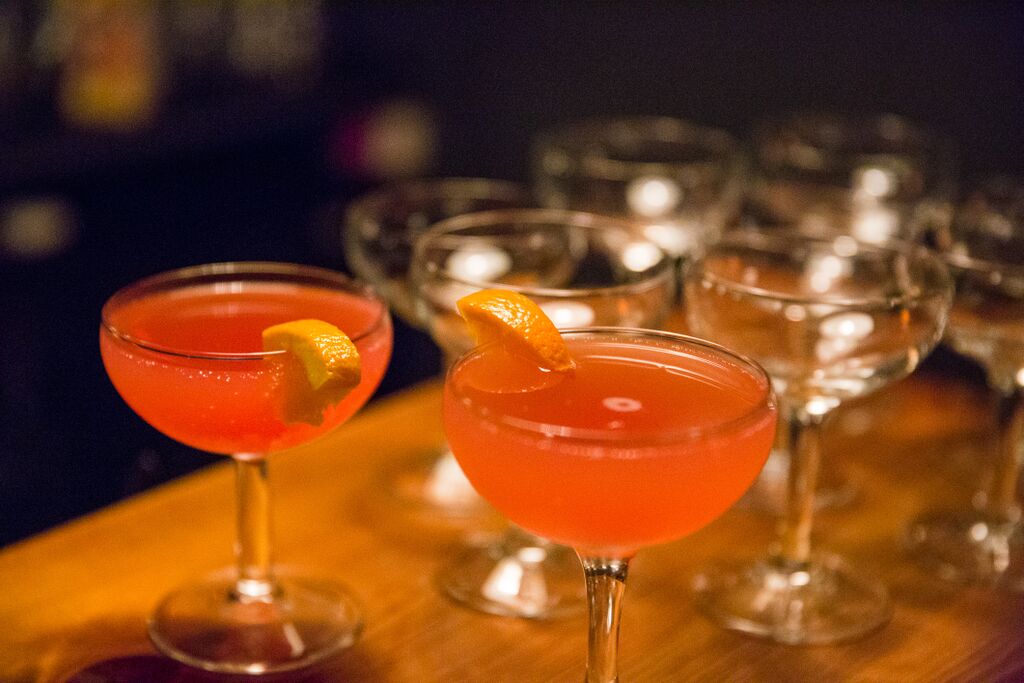 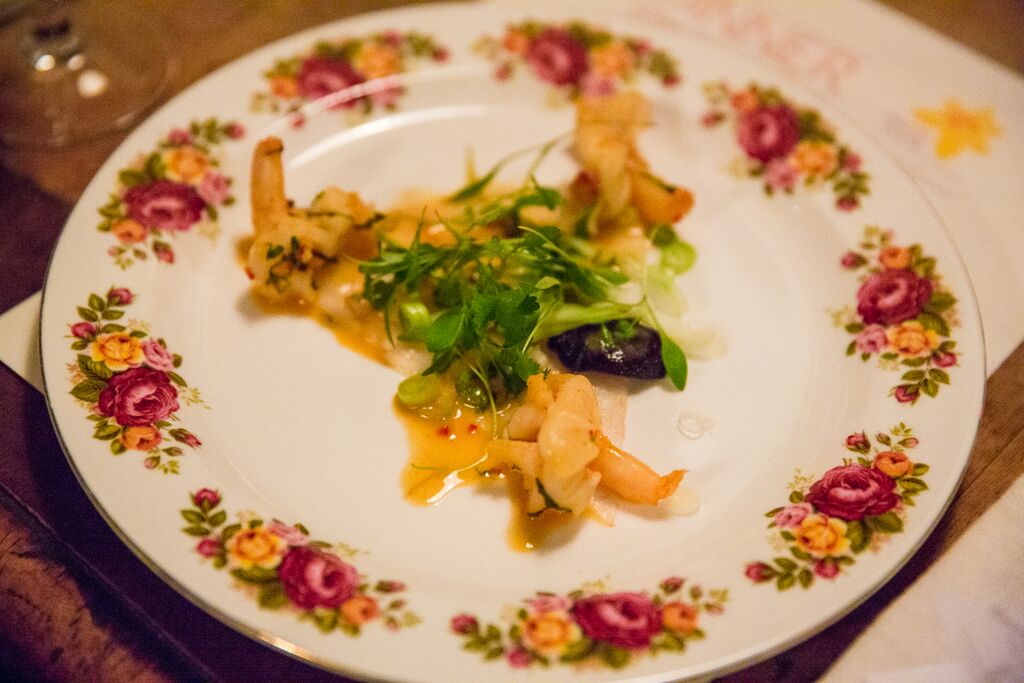 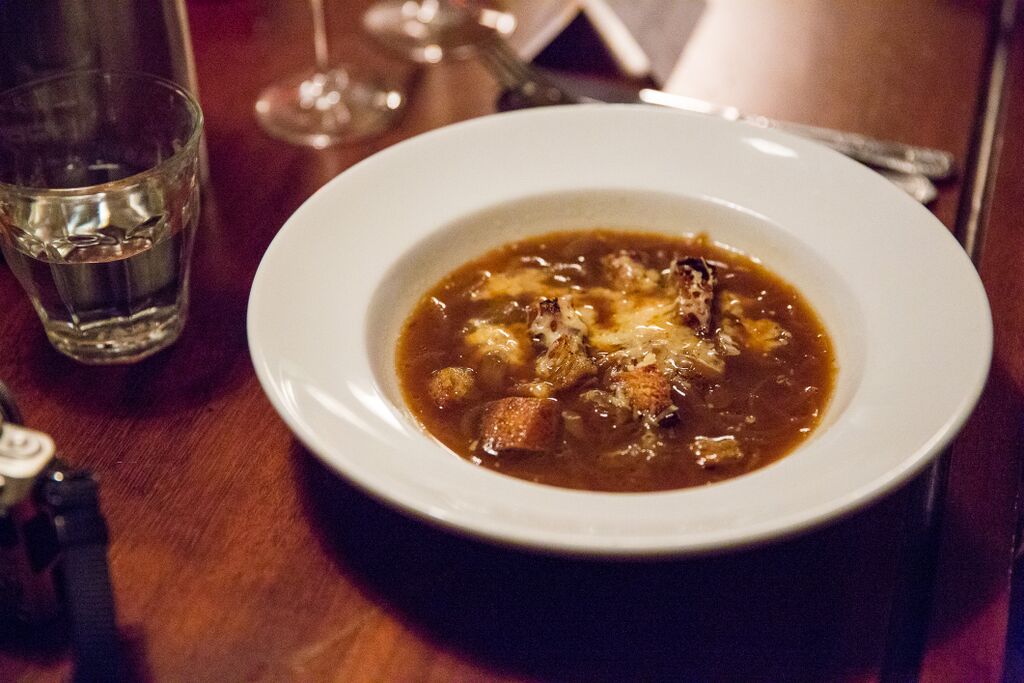 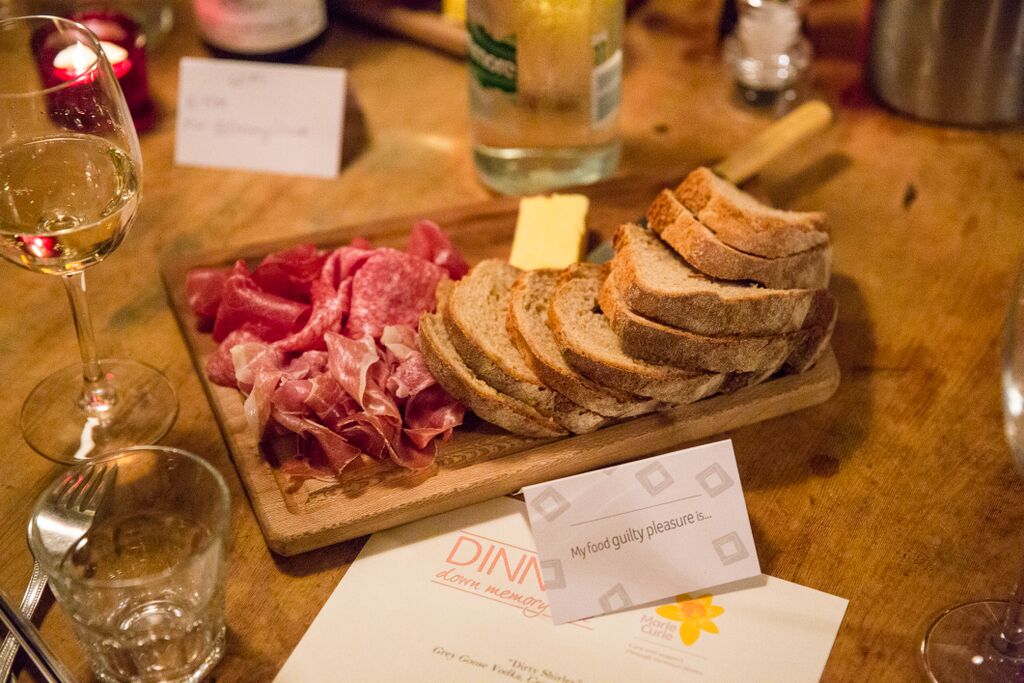 After a lifetime of watching Fawlty Towers, I was almost giddy with excitement at getting to try my first ever Waldorf Salad. If you’ve ever watched the infamous episode this dish features in, you’ll know the ingredients are celery, apples, walnuts and grapes. This version came with blue cheese and an unbelievable chunk of pork belly – the crunchy skin perfect for soaking up the flavours of all the bits that may have escaped my initial guzzling. It wasn’t quite polite to lick my plate, but I really, really wanted to. 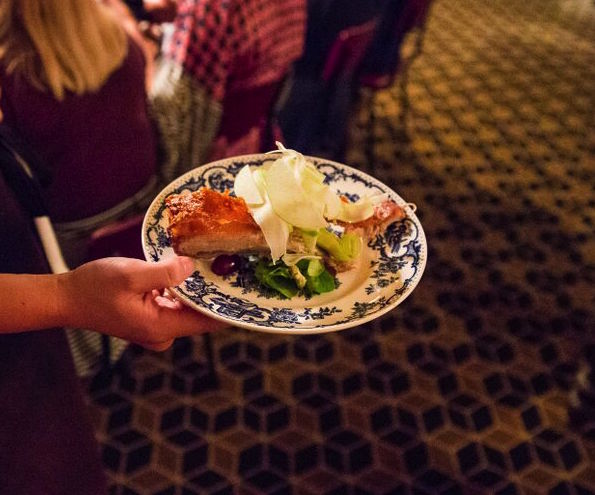 I wasn’t looking forward to the next couple of courses; Duck a l’Orange meant I had to face my loathing of citrus flavours with meat, and the lime and white chocolate cheesecake obviously included lime (yuck) and white chocolate (yuck). Well colour me bloody surprised, because both dishes rocked my tastebuds to their core. The orange flavour with the duck wasn’t fake, it was made with real segments of orange which, having been cooked with the duck, meant that the sharpness wasn’t quite as acidic and just made the duck even more juicy. My cheesecake was serve with raspberries (as I’m allergic to the caramelised pineapple everyone else got), and turns out that makes white chocolate taste really bloody nice. 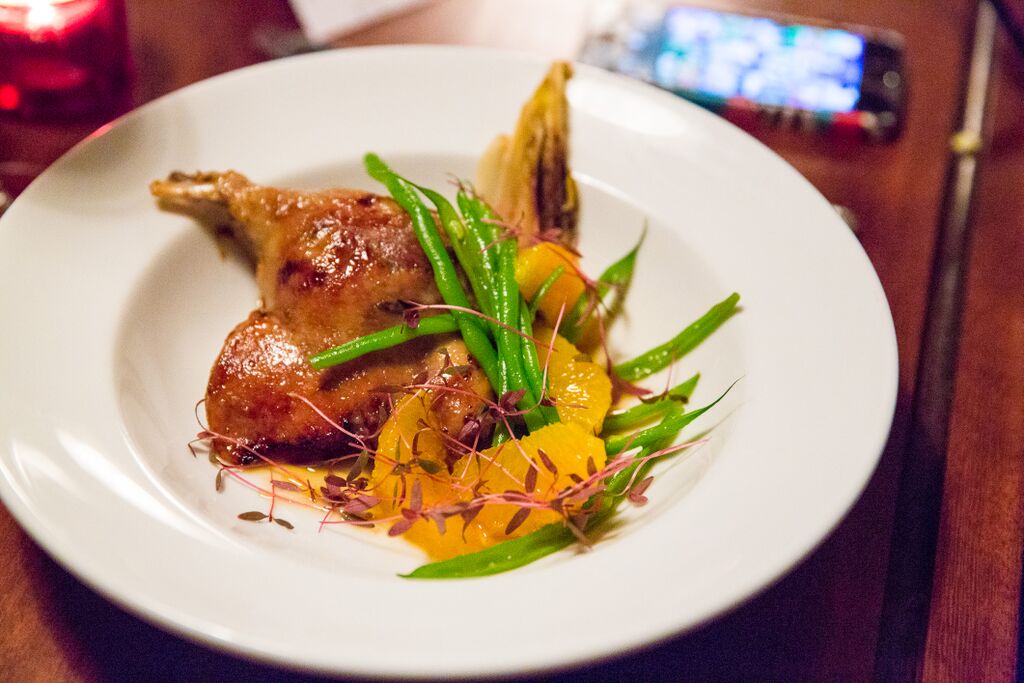 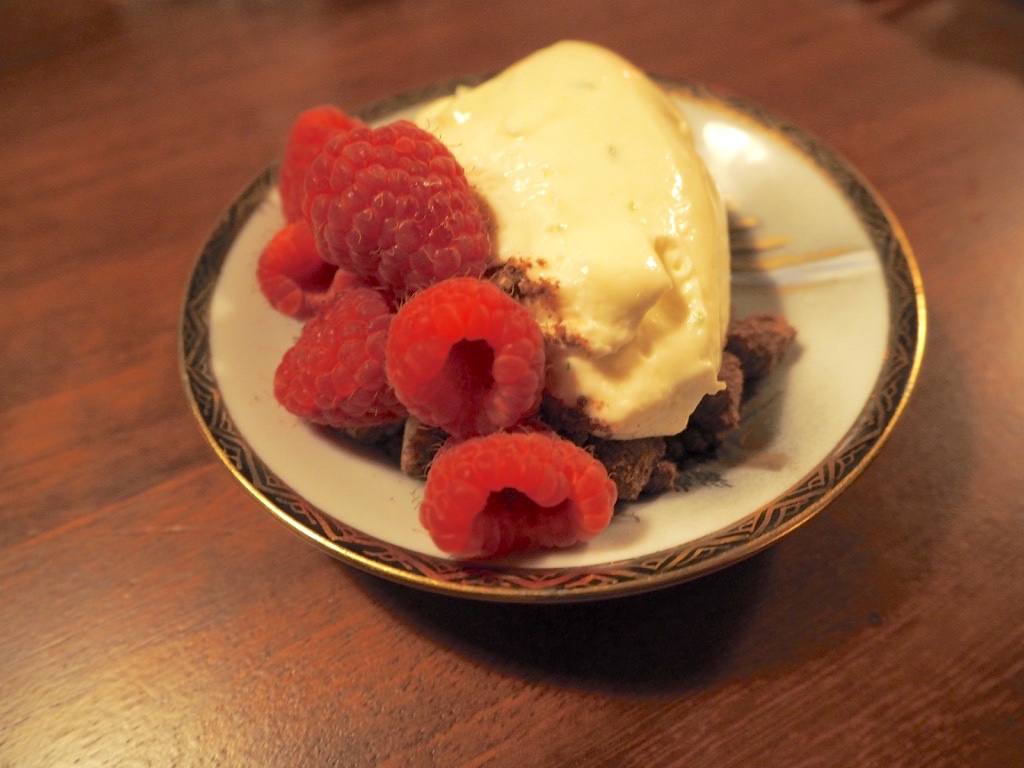 We listened to a quality 70’s soundtrack on a cute little record player, sipped (/glugged) fizzy rosé, dry white Reisling and deep pinot noirs had a Life on Mars style effect where I’m pretty sure I thought I was Stevie Nicks by the end of the evening.

I was invited to dinner by Marie Curie as a guest but all opinions are very much my own. Get more info on hosting your own Dinner Down Memory Lane from Marie Curie and raise money for an amazing charity while stuffing your face. It’s a win/win situation.