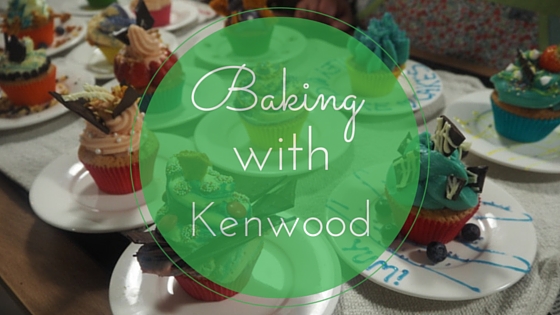 So obviously I write this blog, but I’ve actually worked with bloggers for years. I’ve scared the crap out of them at the London Dungeons and danced like a loon with them at Bestival, because planning events for bloggers is always so much fun. When my own team were planning a night of baking with homeware designer Ashley Thomas I made the decision to not only help set up the event, but also to don an apron and get my hands dirty (after washing them first, of course!).

We spent the evening at Jenius Social, a cookery school in Islington that teaches everything from knife skills to bread making. I went there a while ago for an offal class. Yep. That’s a thing. 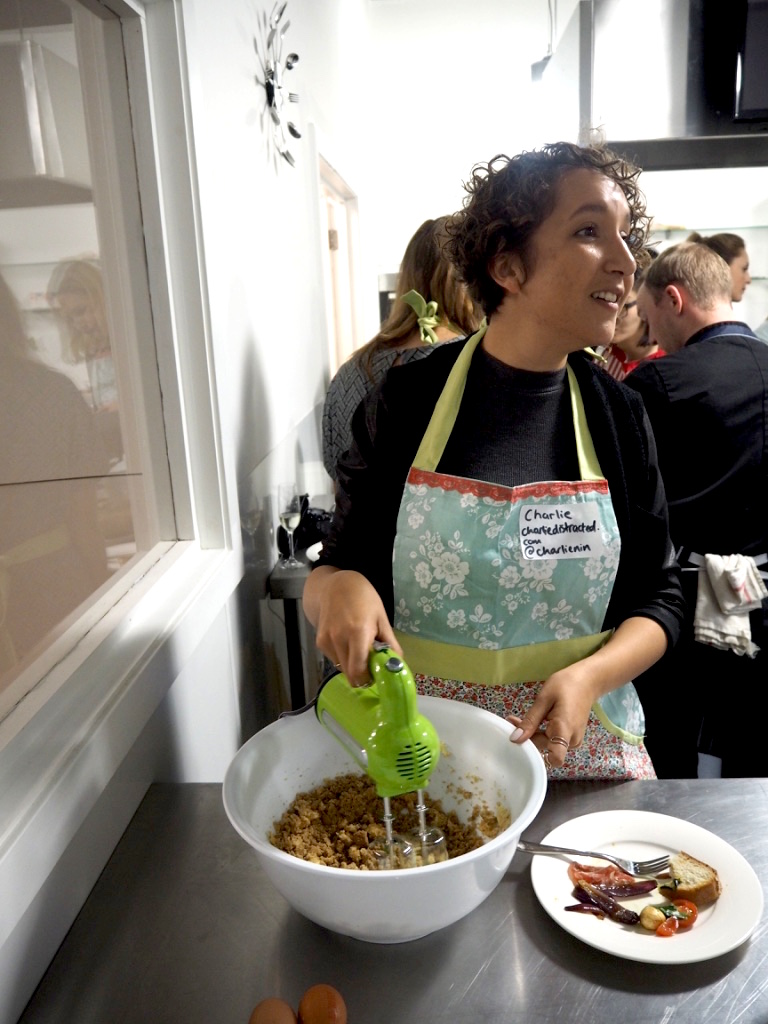 Anyway, this time around we were all about the sweet treats. Along with my work bench buddies Claire and Mike, we started off with cookies: white chocolate and raspberry, and granola. We beat sugar and butter (using a really bloody heavy but oh-so-pretty kMix hand mixer), added eggs, folded in flour and stirred in the flavours. The chef, Andrew, showed us how to roll the dough into a sausage shape using cling film, which mean the dough could then be frozen and cut into perfect cookie shapes later on and baked. 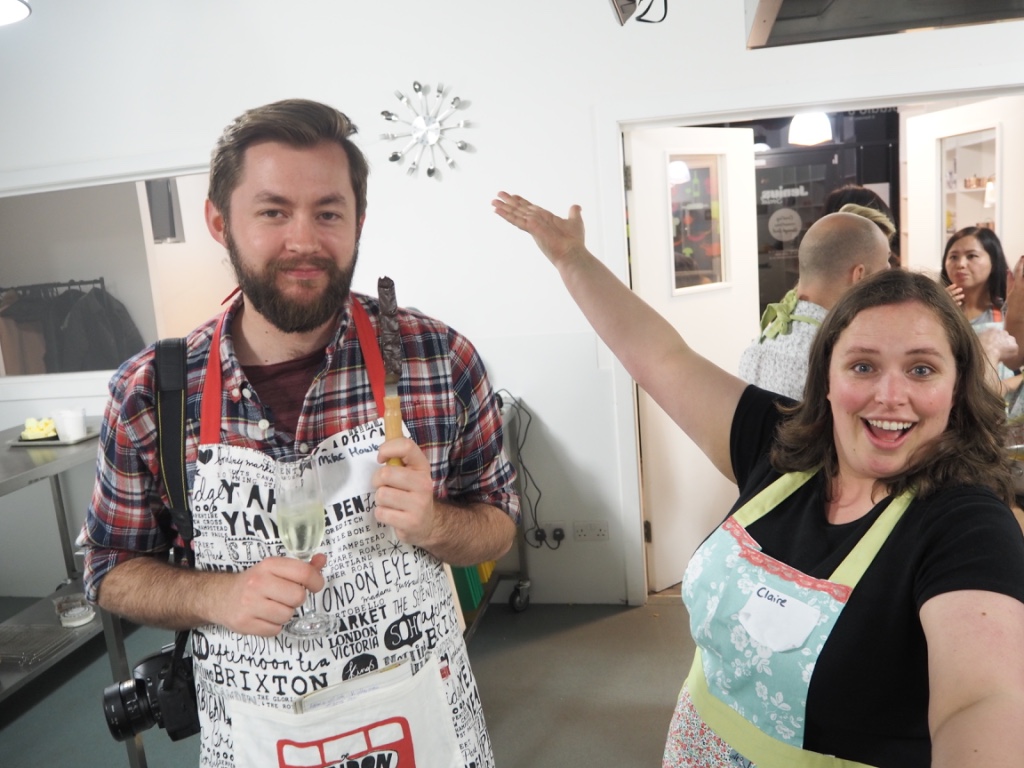 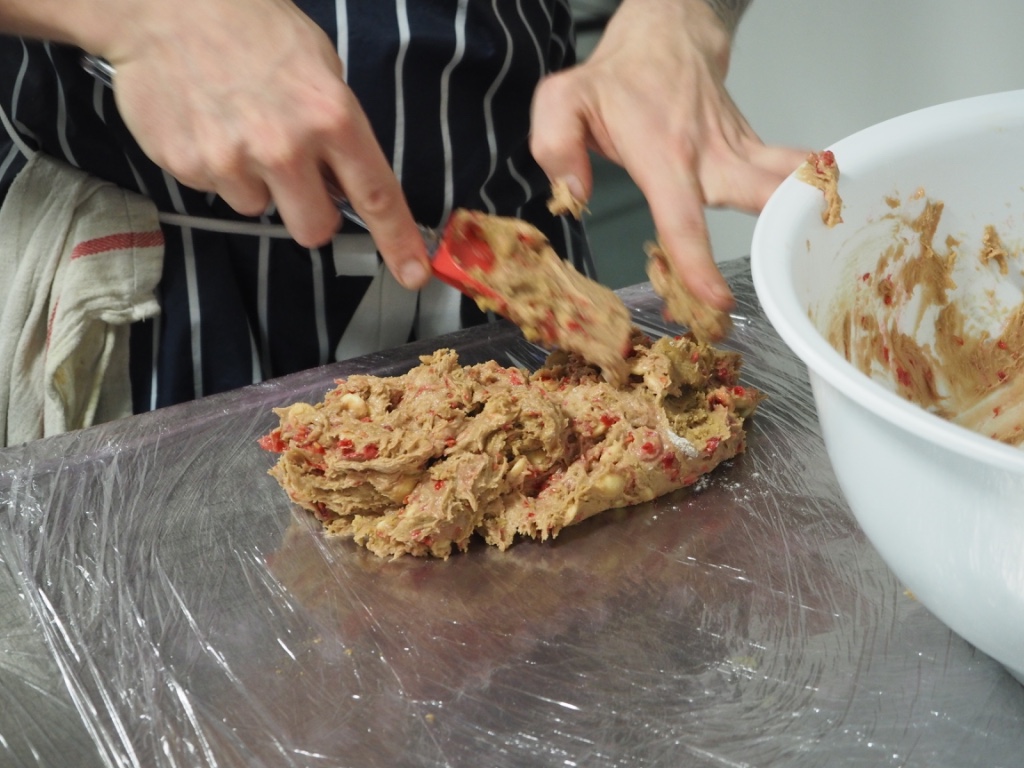 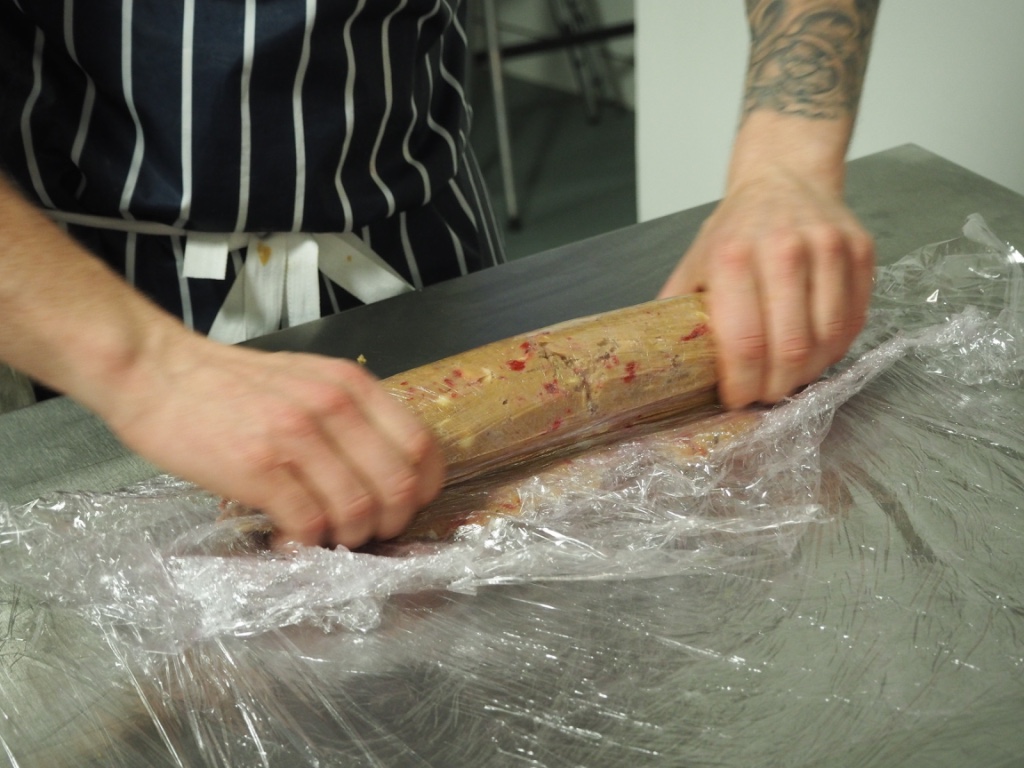 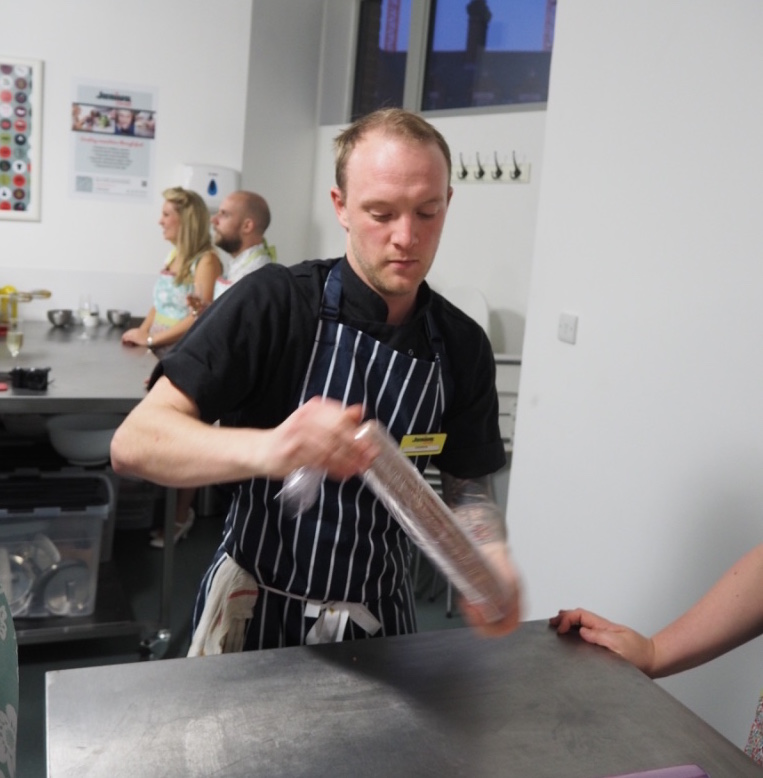 While the cookies did their thing, we learnt how to temper chocolate and make honeycomb. Both are remarkably simple but just require a lot of patience. Perfect for me then…

The chocolate was warmed gradually so it melted at 45 degrees and then had to be reduced to 31 degrees which was done by constantly moving it. When a glossy sheen was achieved it could be spread out and that’s when it can be shaped if wanted. Instead we piped melted white chocolate over the top to make patterned shards. 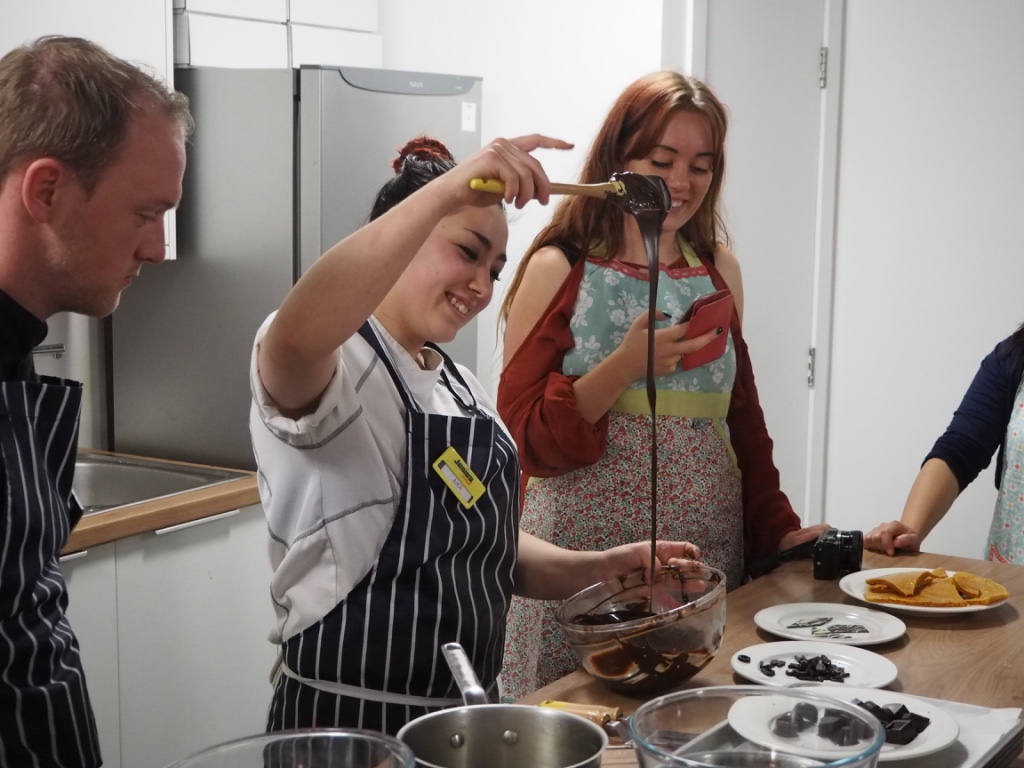 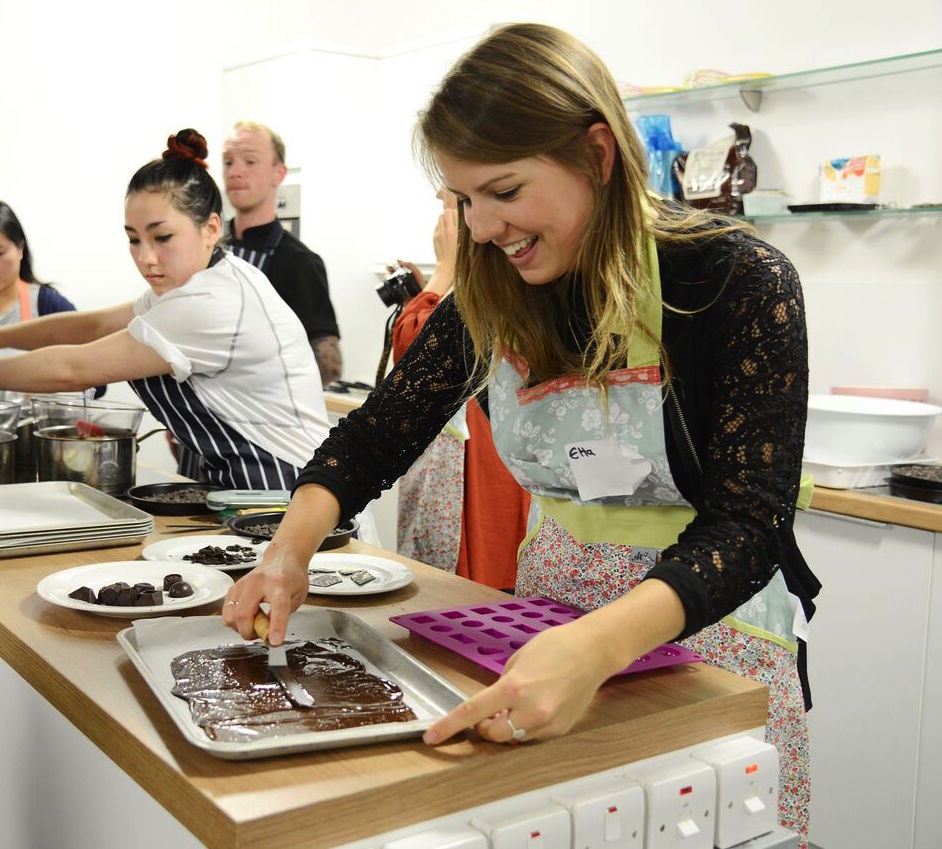 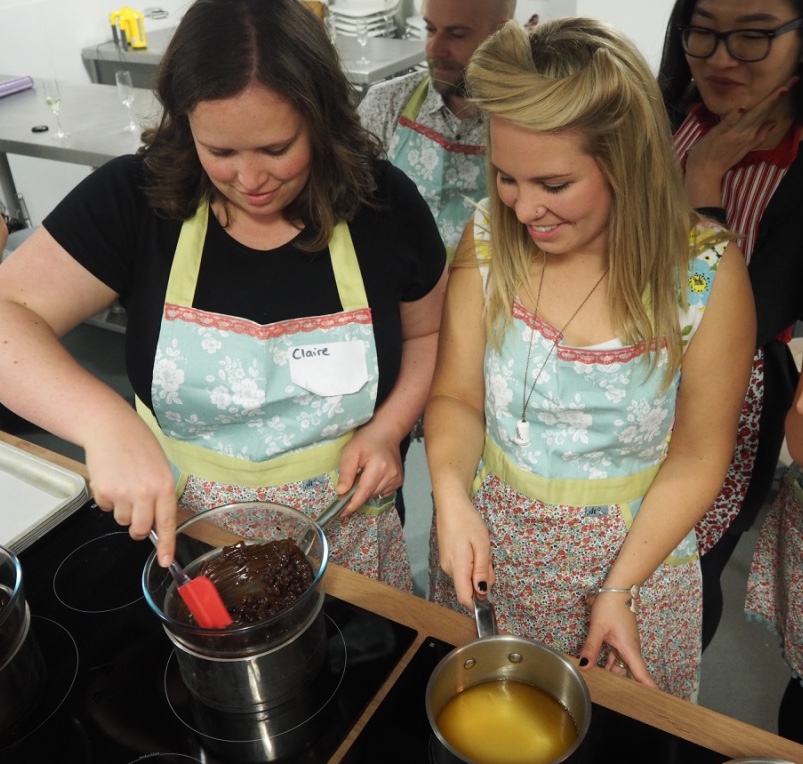 Making the honeycomb was literally a case of melting sugar and golden syrup until it boils, removing it from the heat and adding bicarbonate of soda. Once it’s been mixed frantically it can be spread out on baking parchment and left to cool and then SMASHED. 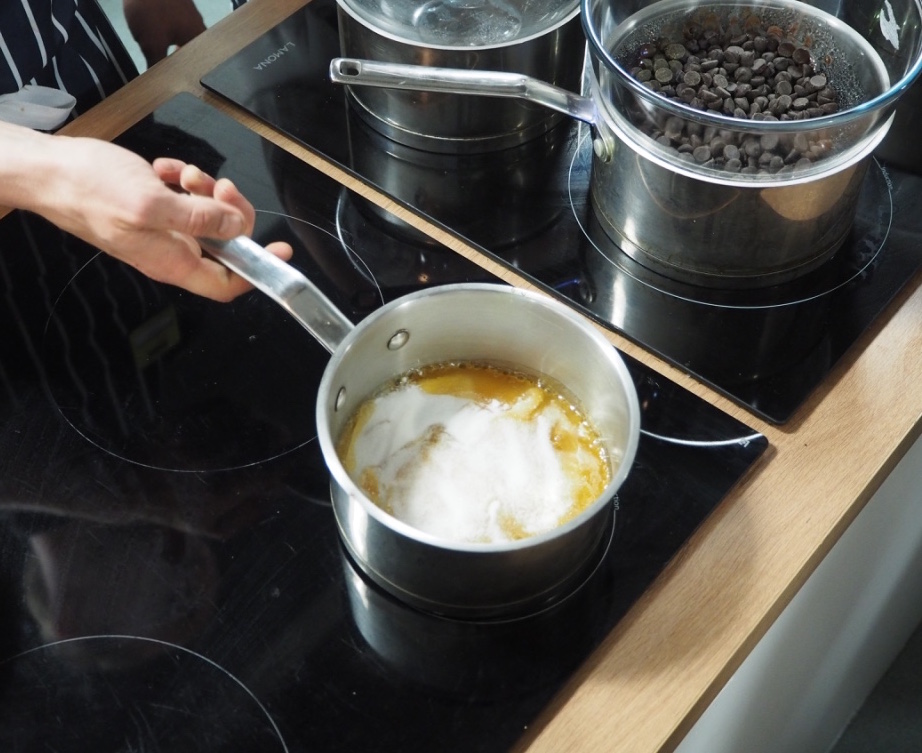 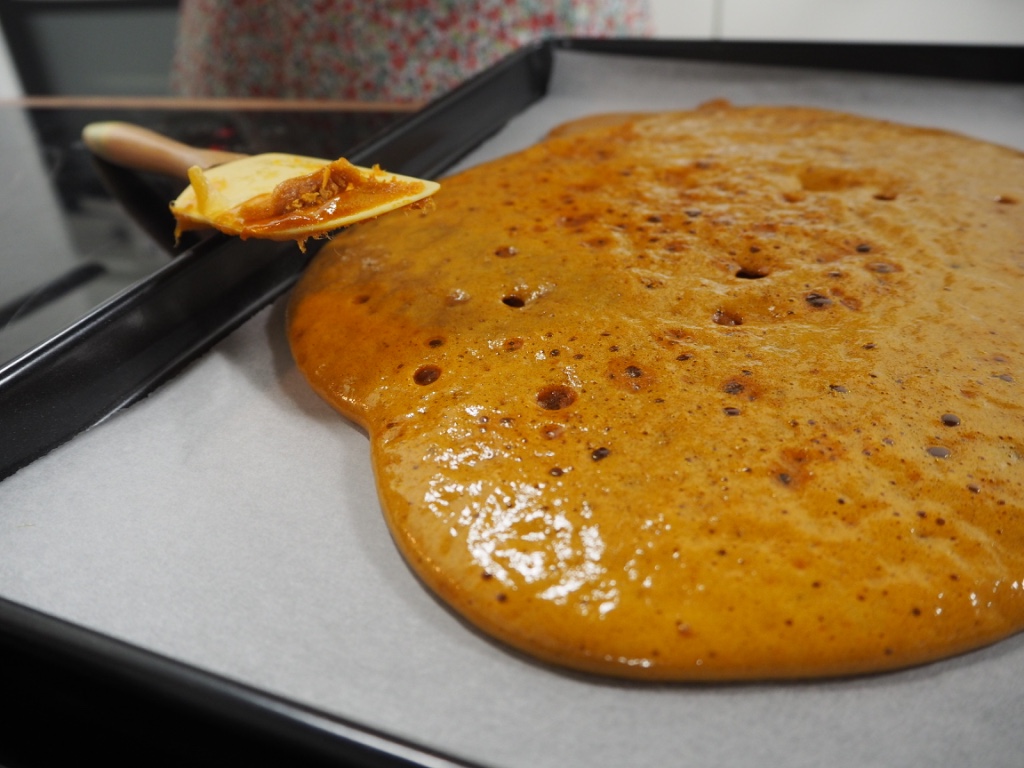 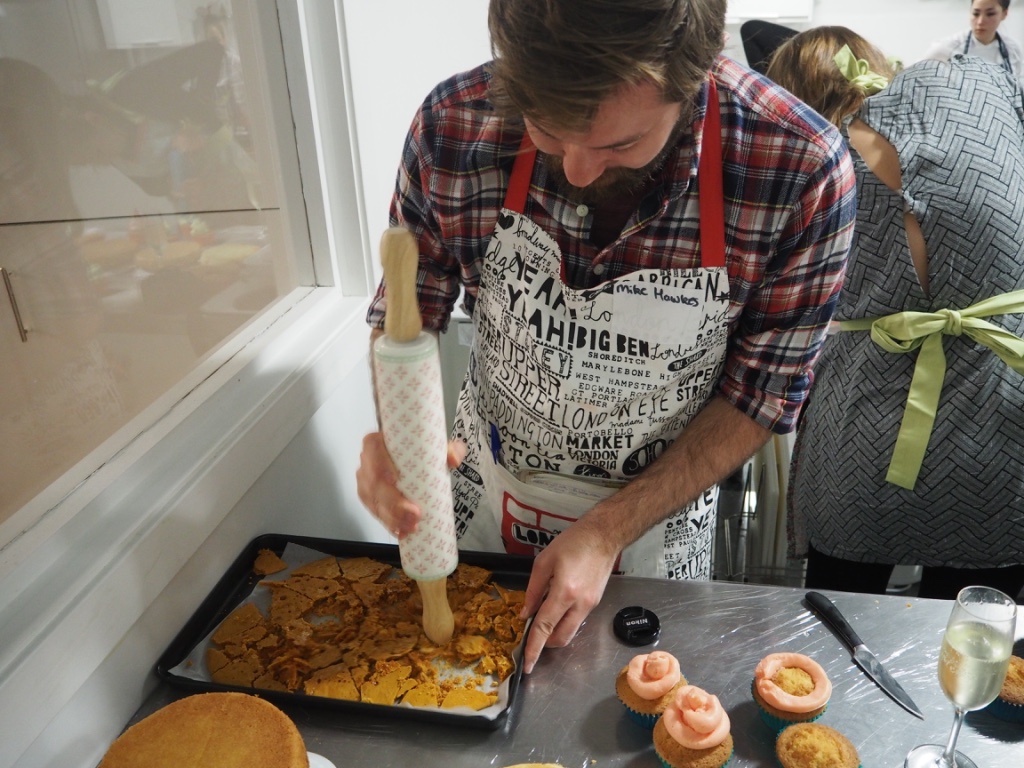 And so we took our chocolate and honeycomb and were provided with extra sprinkles, whipped up some coloured buttercream and attacked all the edible decorations to cover some cupcakes made earlier on. I am not artistic. I have always struggled with piping icing so let’s just say at least they all tasted delicious… 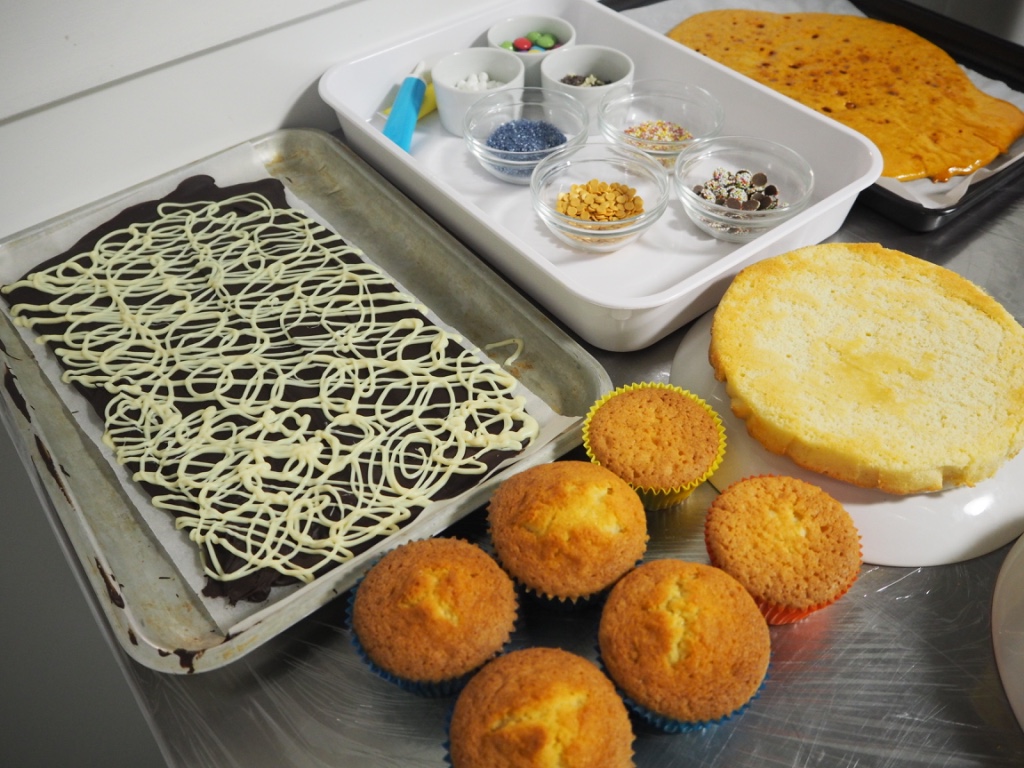 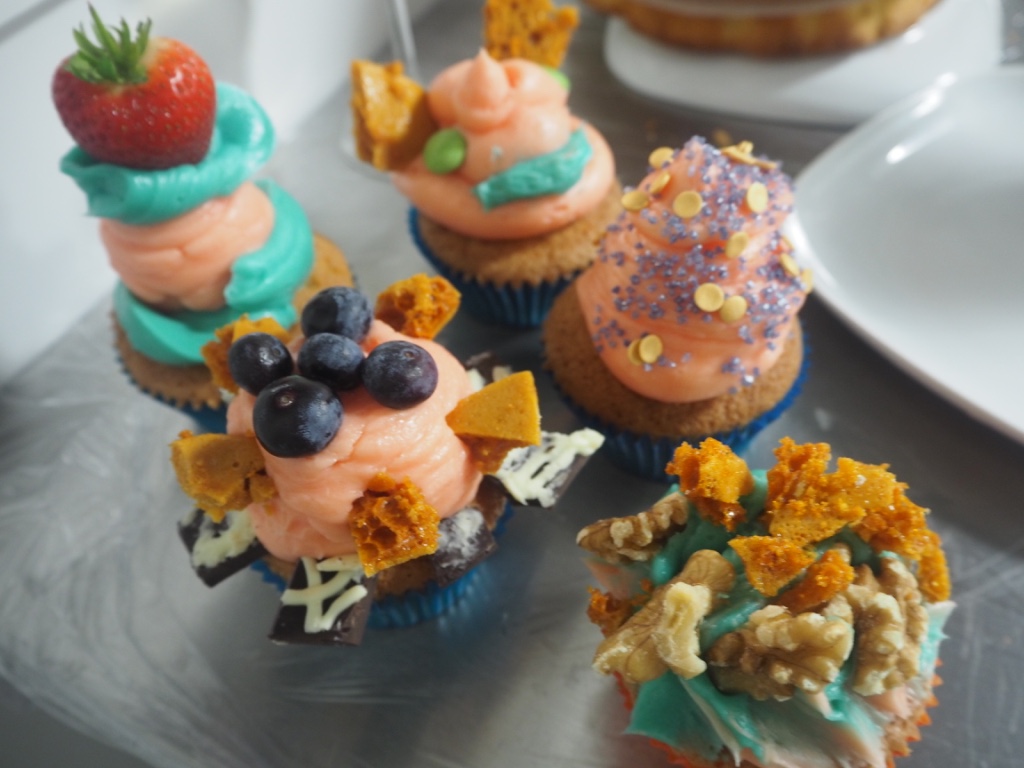 Photos are either by me, Mike or Leah Whitty