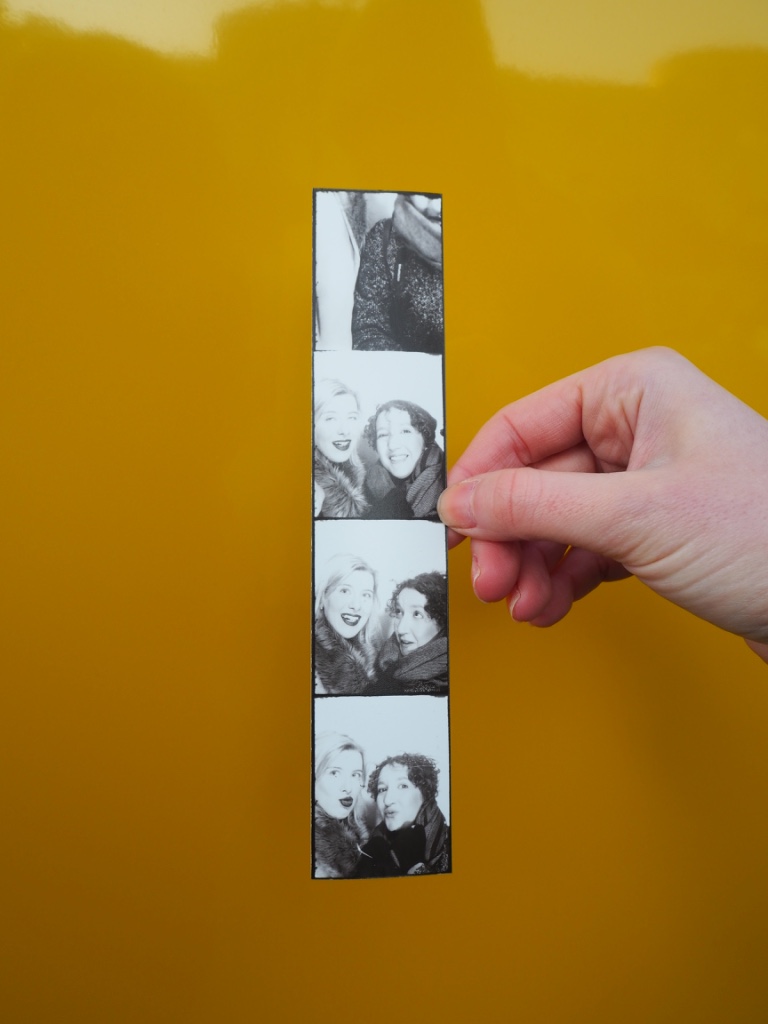 Each year, my best friend comes back from Hong Kong for Christmas. To make the most of being in Europe (and to get cheaper flights), she tends to go back in January via a European city, joined by me and her big sister. In 2014 we did Paris and this year we decided to spend New Year’s Eve in Berlin, for gluhwein, bratwurst and wanderings in the freezing cold.

We stayed in an Air BnB in the Nollendorfplatz area, surrounded by Turkish kebab shops and gay fetish suppliers which made for interesting browsing, and were a 20 minute walk from the middle of the Tiergarten, a huge park with Berlin Zoo at one end and Brandenburg Gate at the other.

So when you’re in a beautiful European city, over New Year’s Eve when everything obviously closes down or is still rammed with tourists, what can you see?

I fell full blown in love with the kitsch feel to Berlin. Bright but muted colour palettes; oranges and browns on the U-Bahn making it feel like a 1970s tupperware collection. Dotted around the city are the photoautomats: old photobooths that print out black and white pictures like the ones Nino collects in Amélie. They give you no warning that they’re about to fire and the quality is shocking but that’s what makes them worth hunting down! 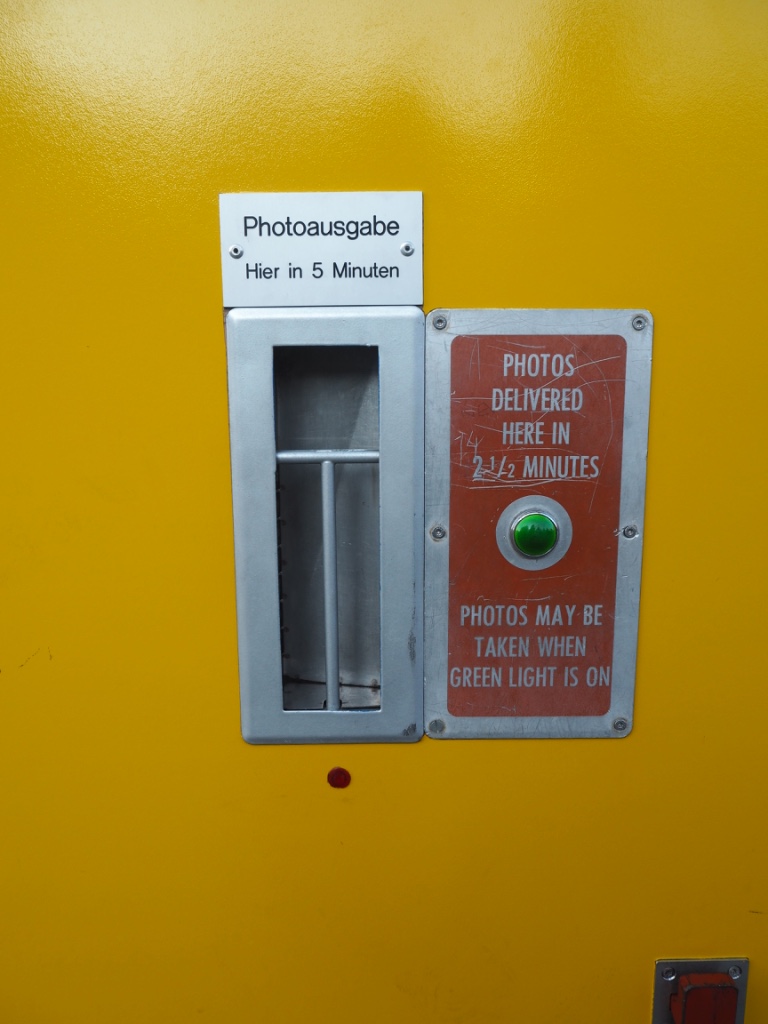 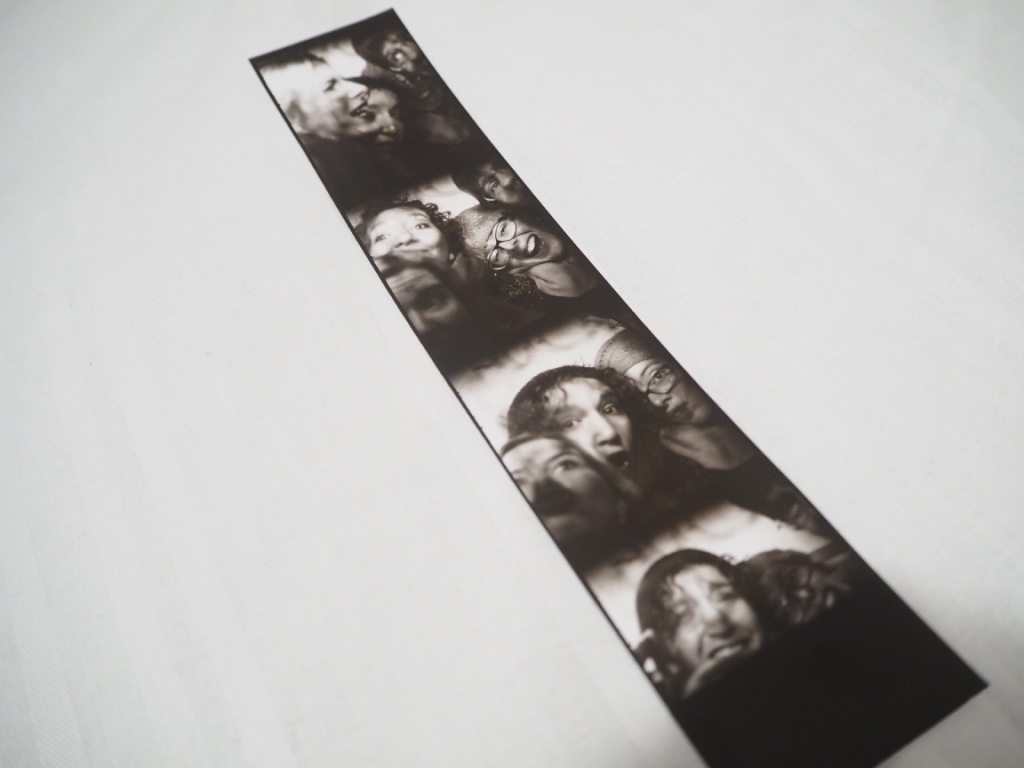 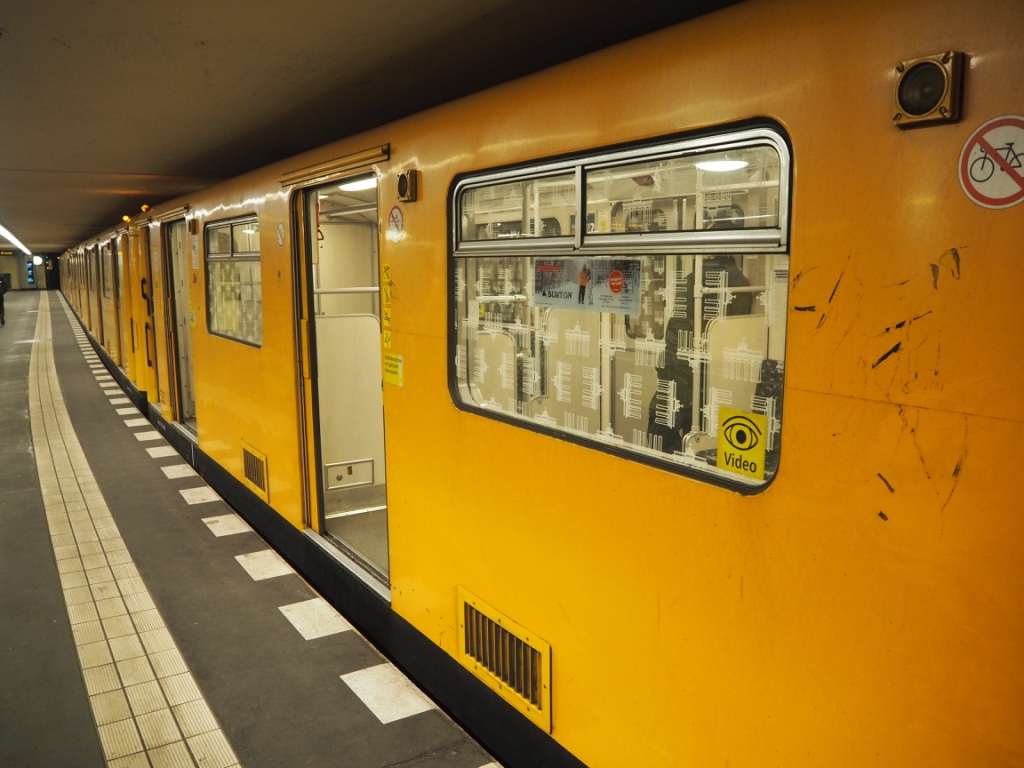 Berlin is easy to walk around and on every corner is a beautiful piece of history. We went past numerous memorials on our way to Checkpoint Charlie, skipping the crowded tourist area and walking down the road to a large section of the Berlin Wall. 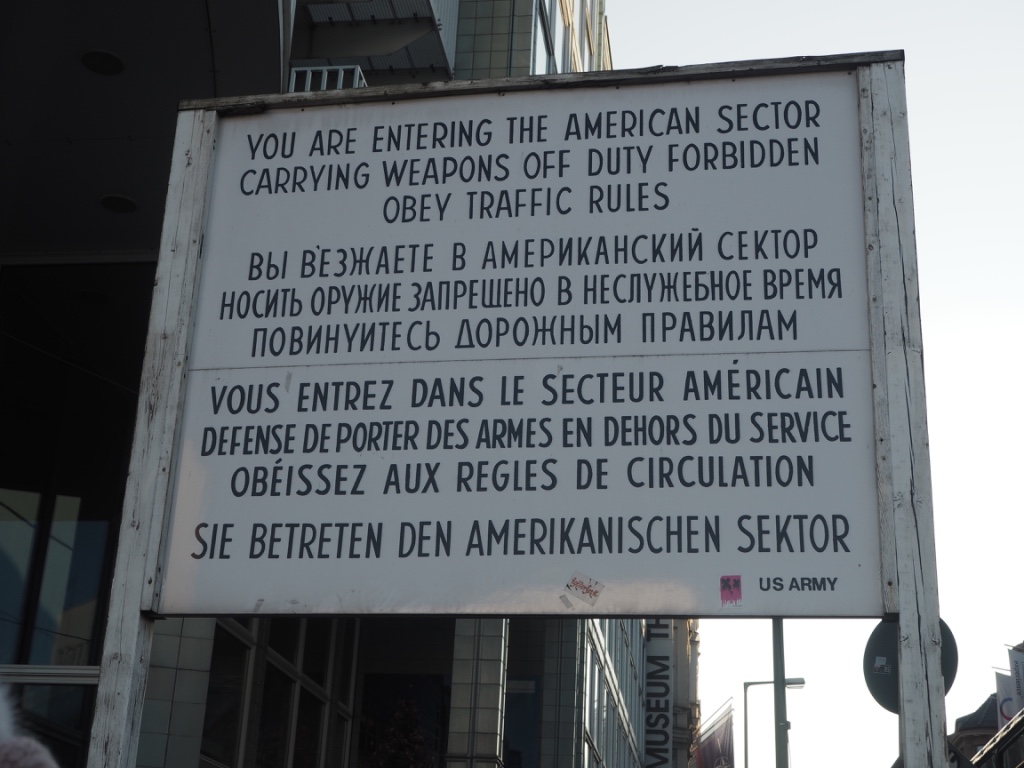 Located right by the the demolished remains of the former gestapo headquarters, it is scattered with graffiti, but most poignant of all is the holes. Holes in the wall that show the metal interior of the construction, twisted wires and concrete that literally divided a country – it’s mind blowing and terrifying to remember that it still existed in my lifetime. 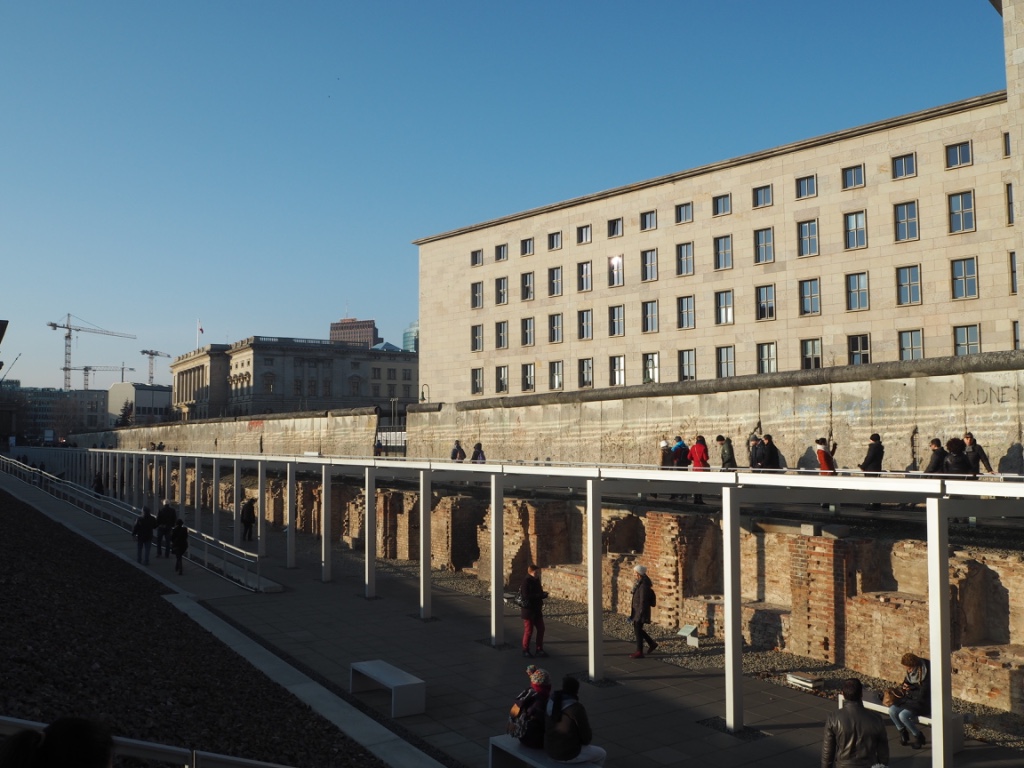 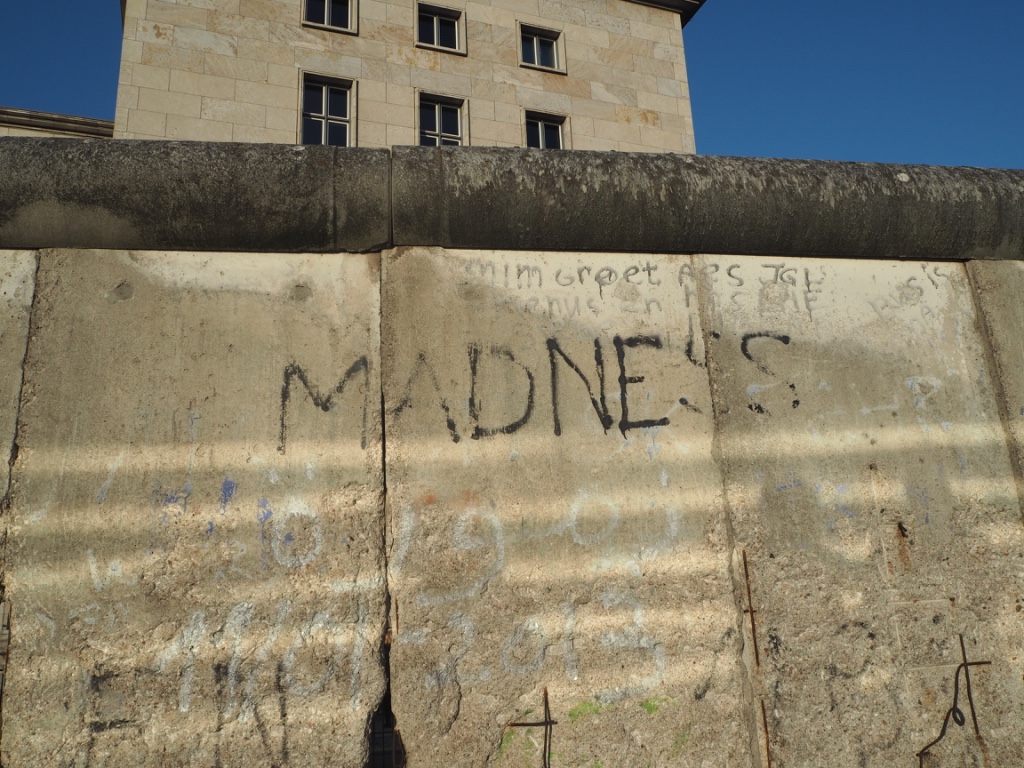 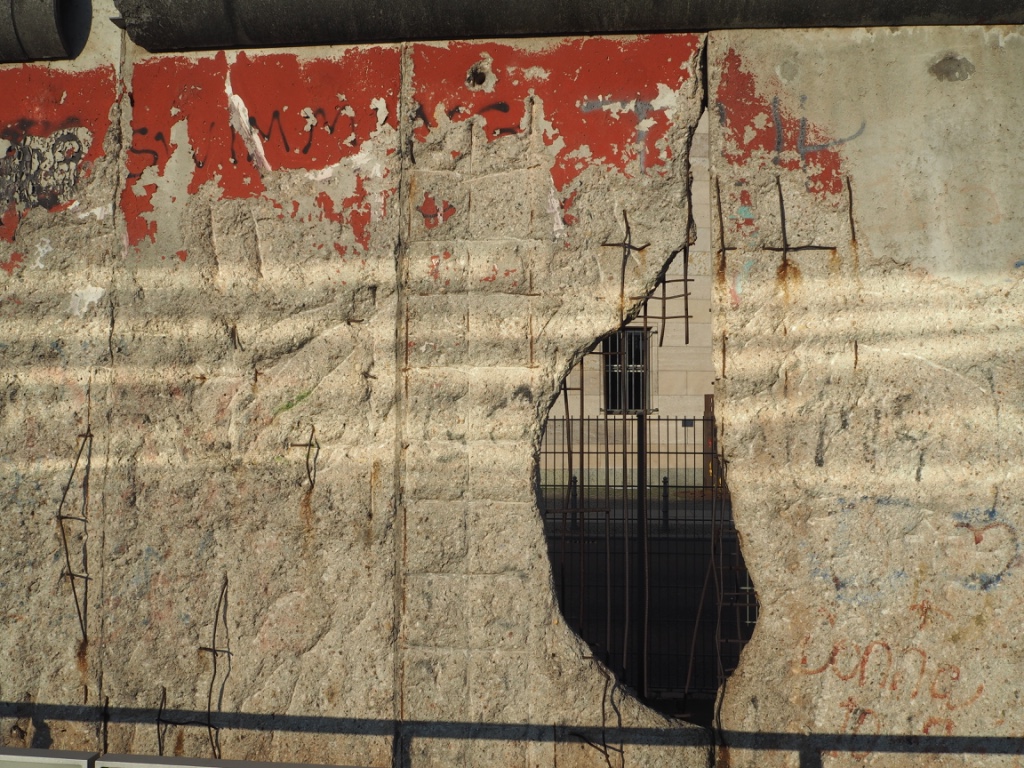 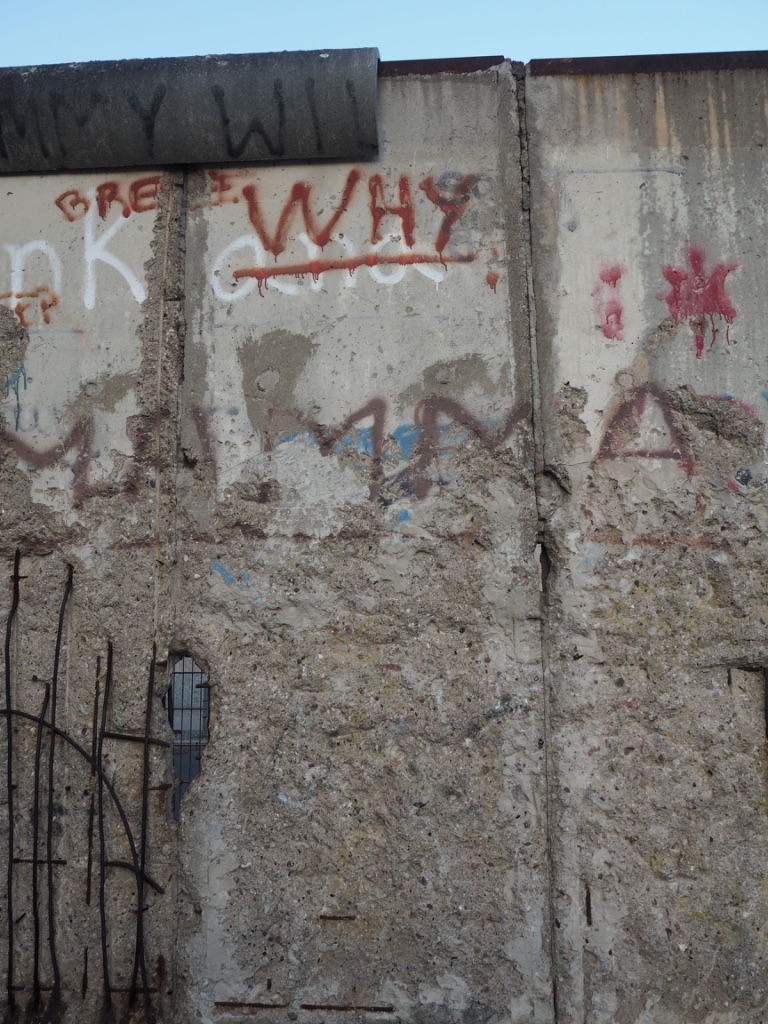 Politics of course play a huge role in the aesthetic of Berlin and its architecture. The Reichstag is a gorgeous blend of old and new; the modern glass dome protruding from its centre and looking down into the heart of the German government. 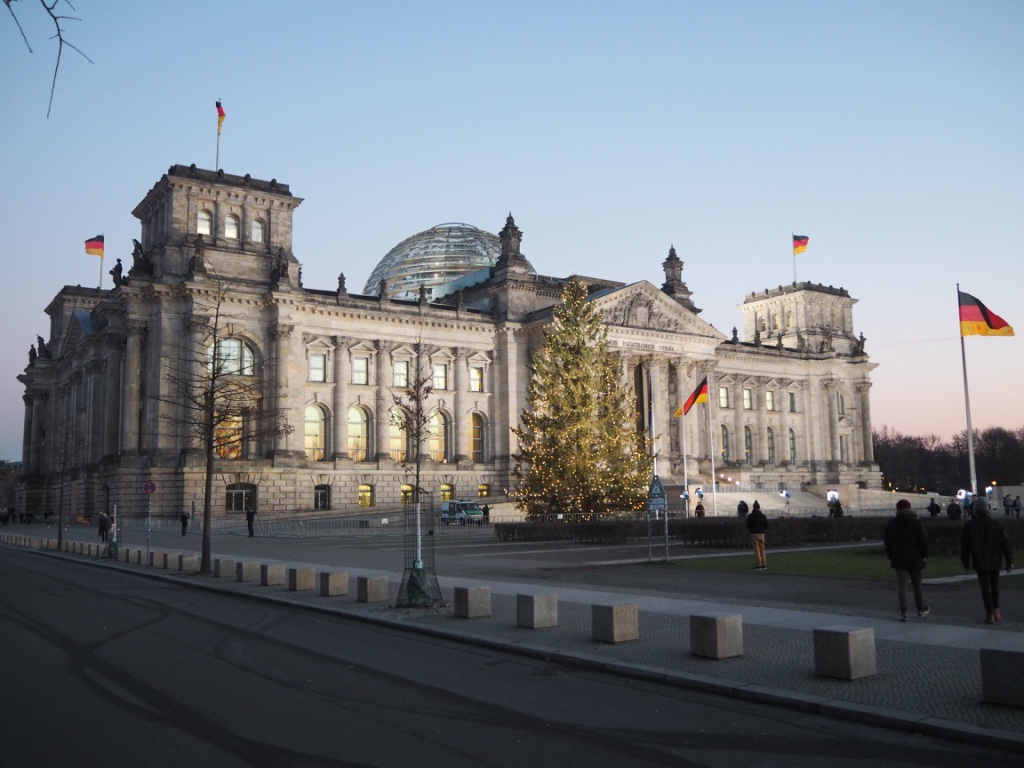 Like London, there is a stark contrast between modern and historic buildings; from the Berliner Dom we could see the futuristic TV Tower poking out, completely different in its look and feel to the ancient cathedral. 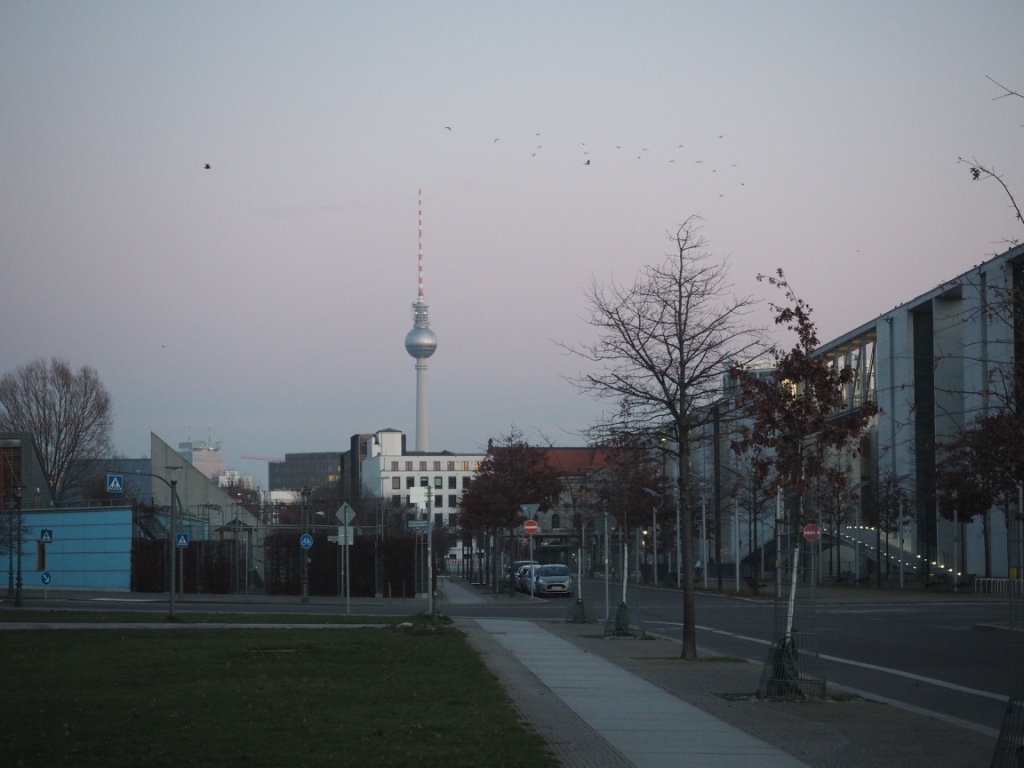 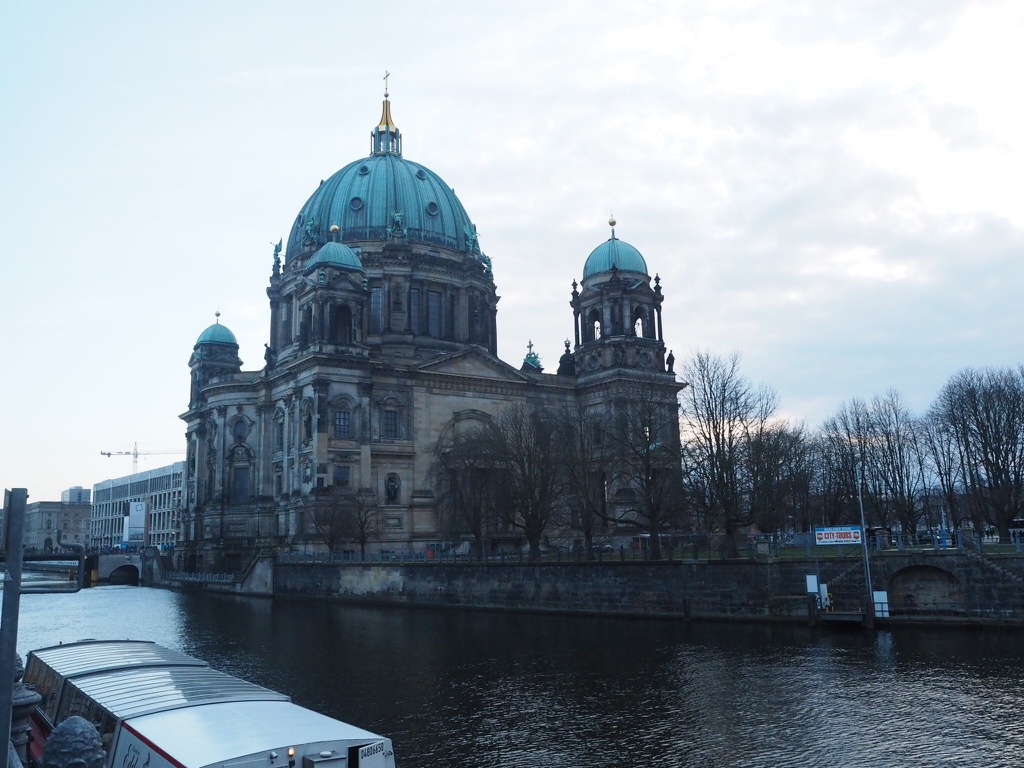 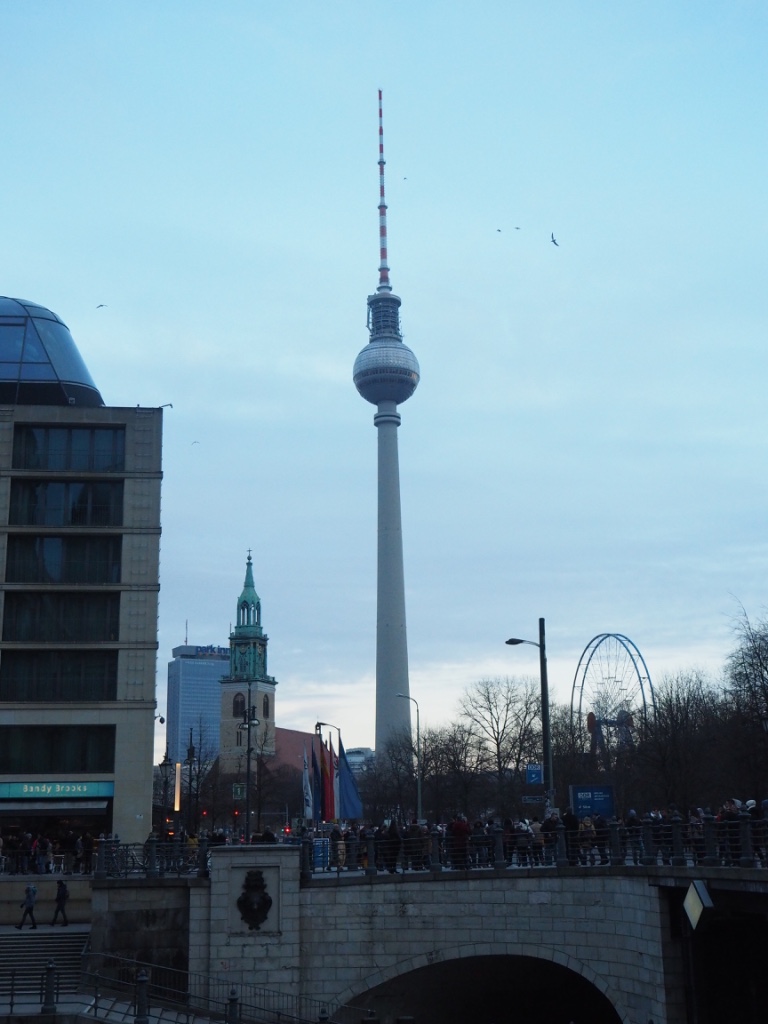 As we were in Berlin over New Year’s Eve, we sadly missed the opening times for Charlottenburg Palace – the best named place in the city, obviously. But we did have a wander around the outside and we were so lucky in that even though it was face numbingly freezing, it was a beautifully clear day. 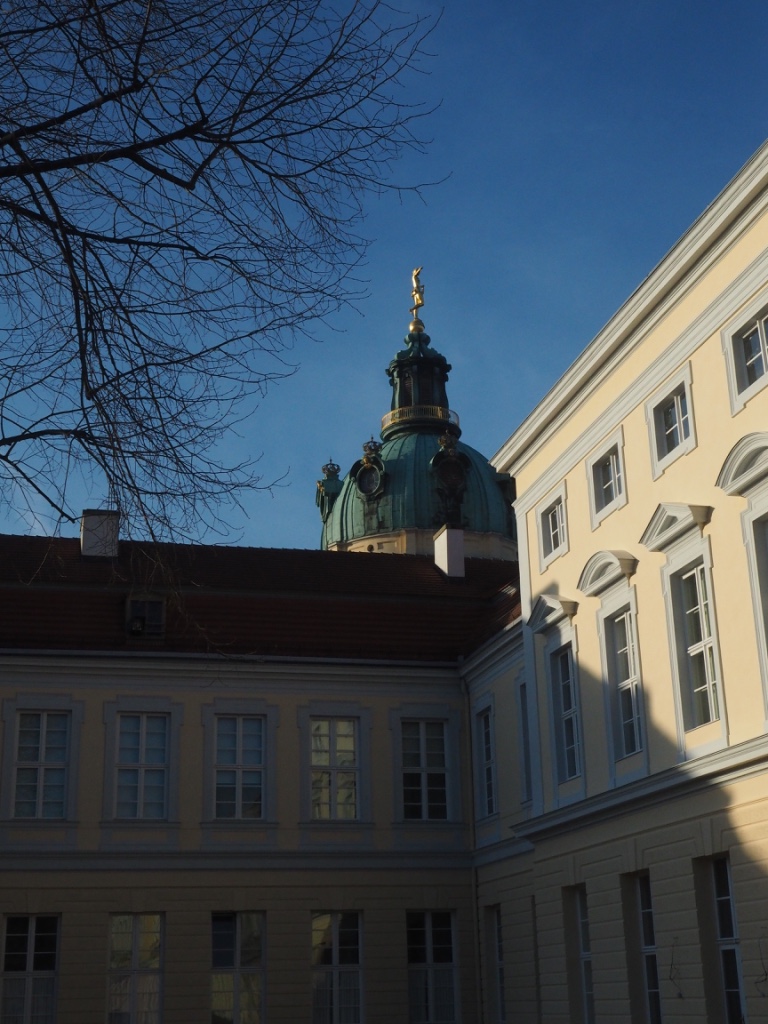 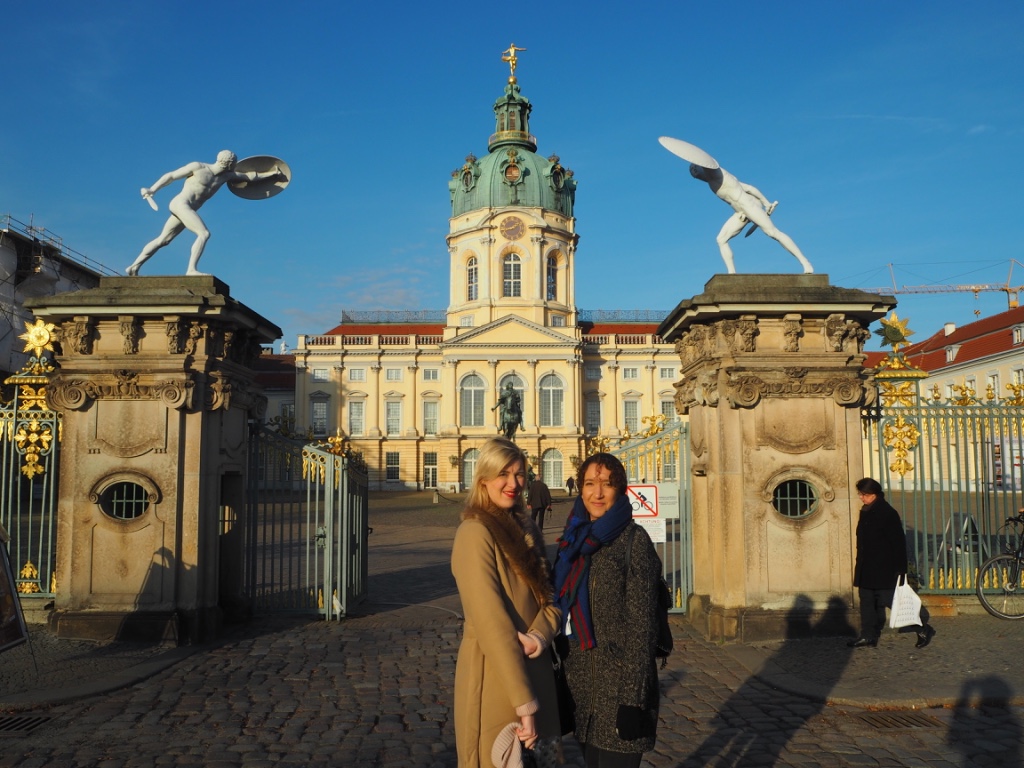 Check back soon to see where I ate in Berlin.