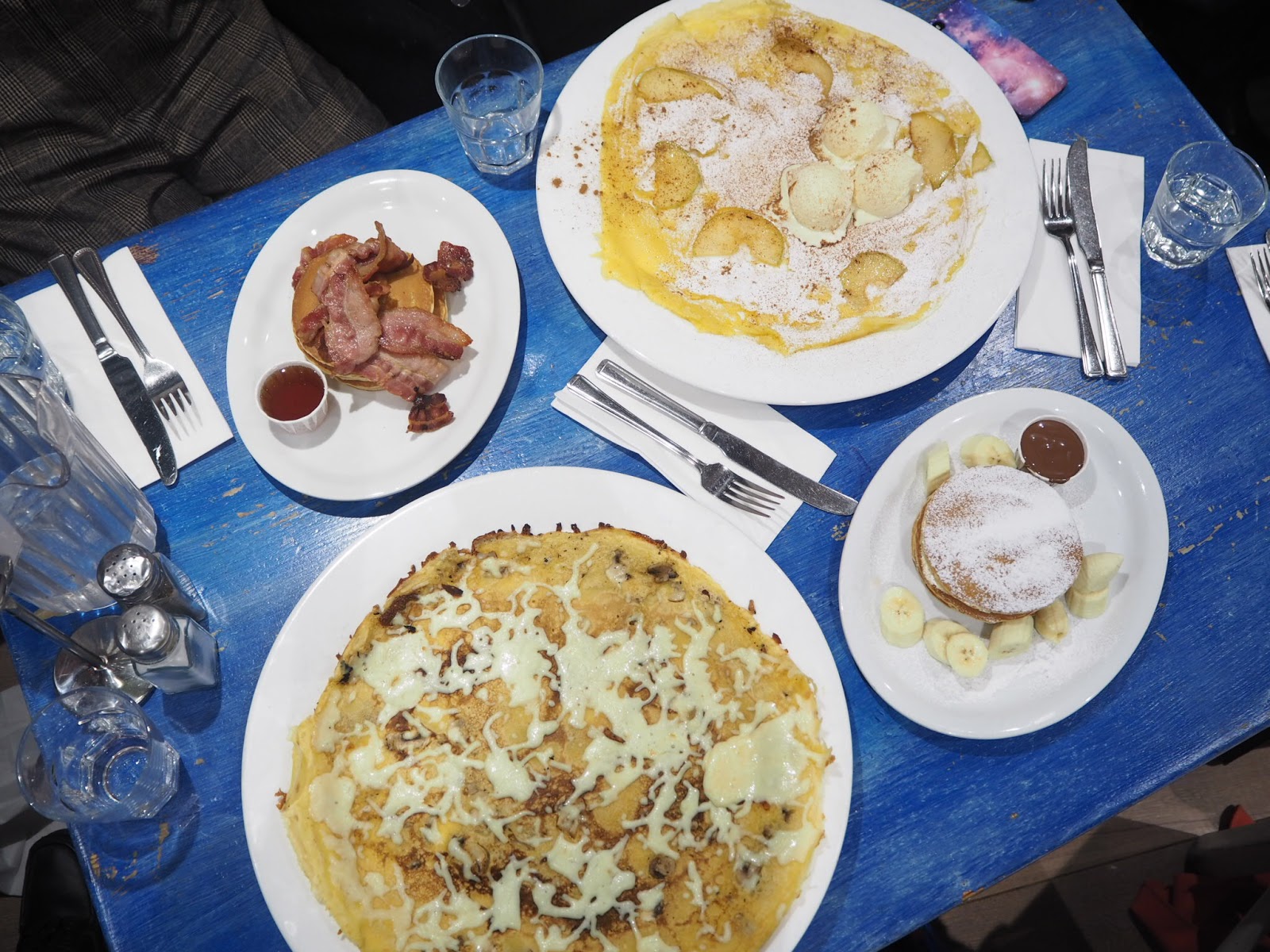 My hunt for pancakes on Shrove Tuesday went as follows:

WOE. What to do? Anticipating disappointment, a few of us decided to detour on our walk to the tube and just peek at the supposedly enormous queue at My Old Dutch in Holborn. OK, so there was maybe 20 people outside but such was our desire for pancakes that we took a risk and took our place at the back. 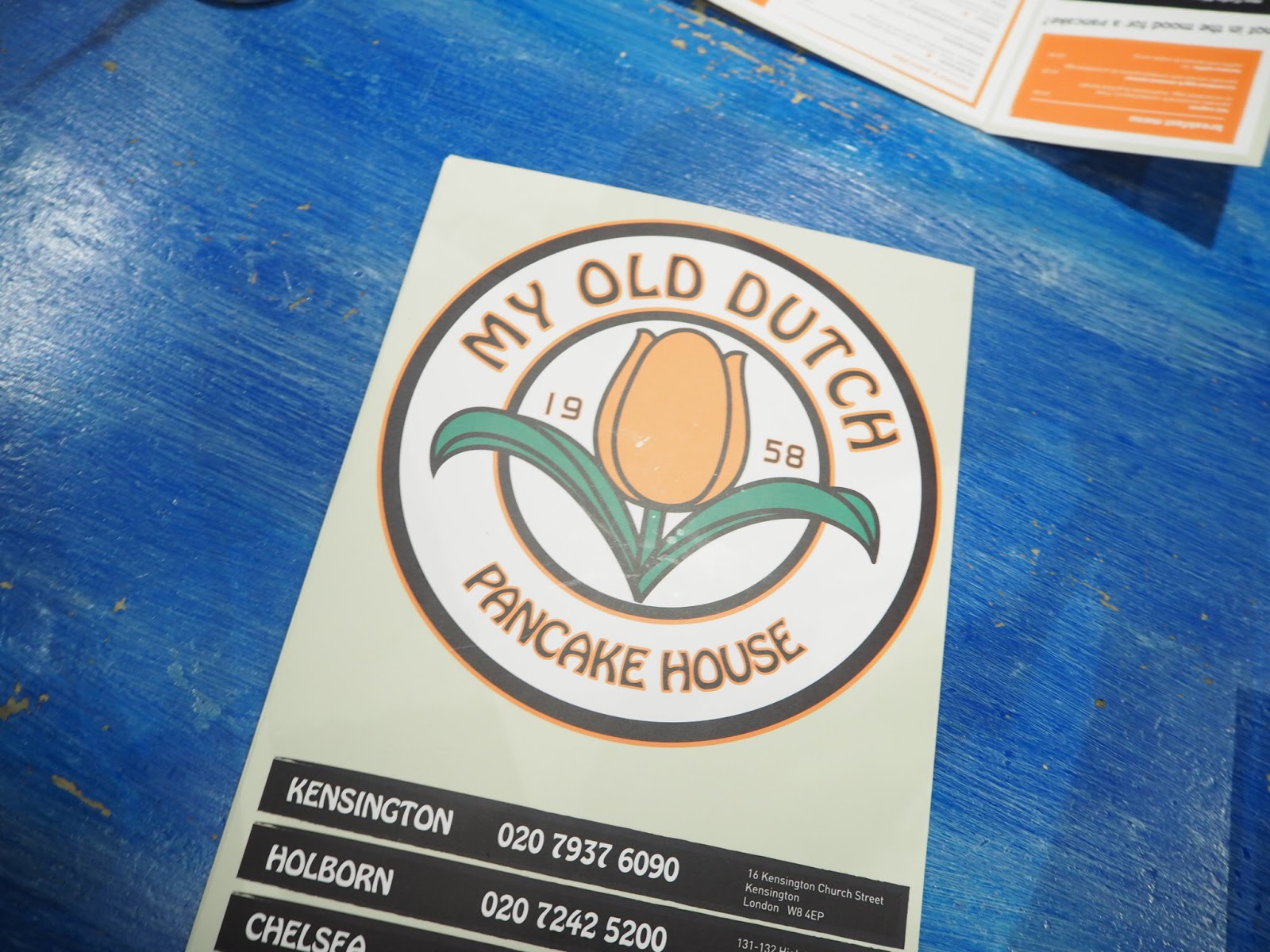 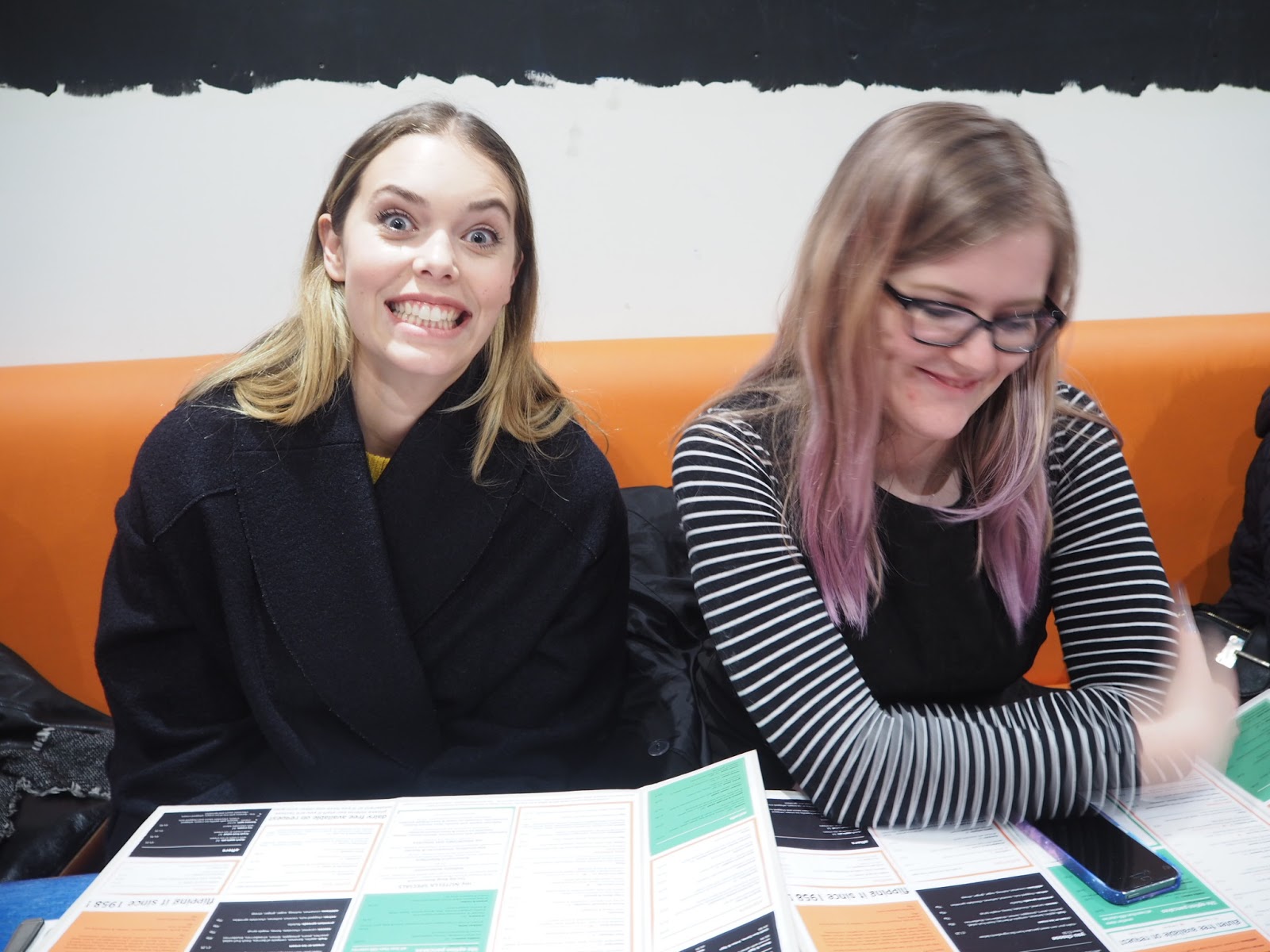 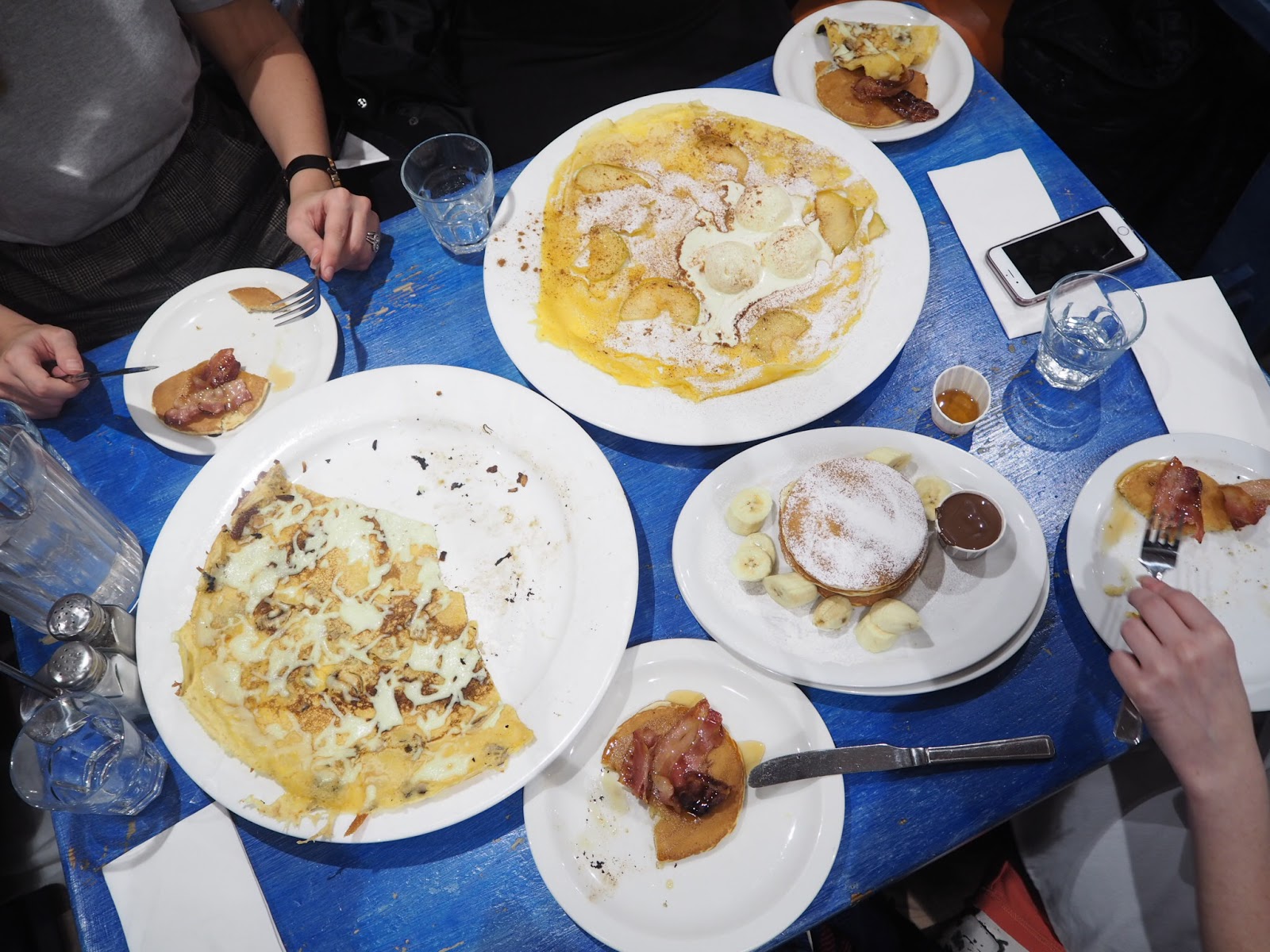 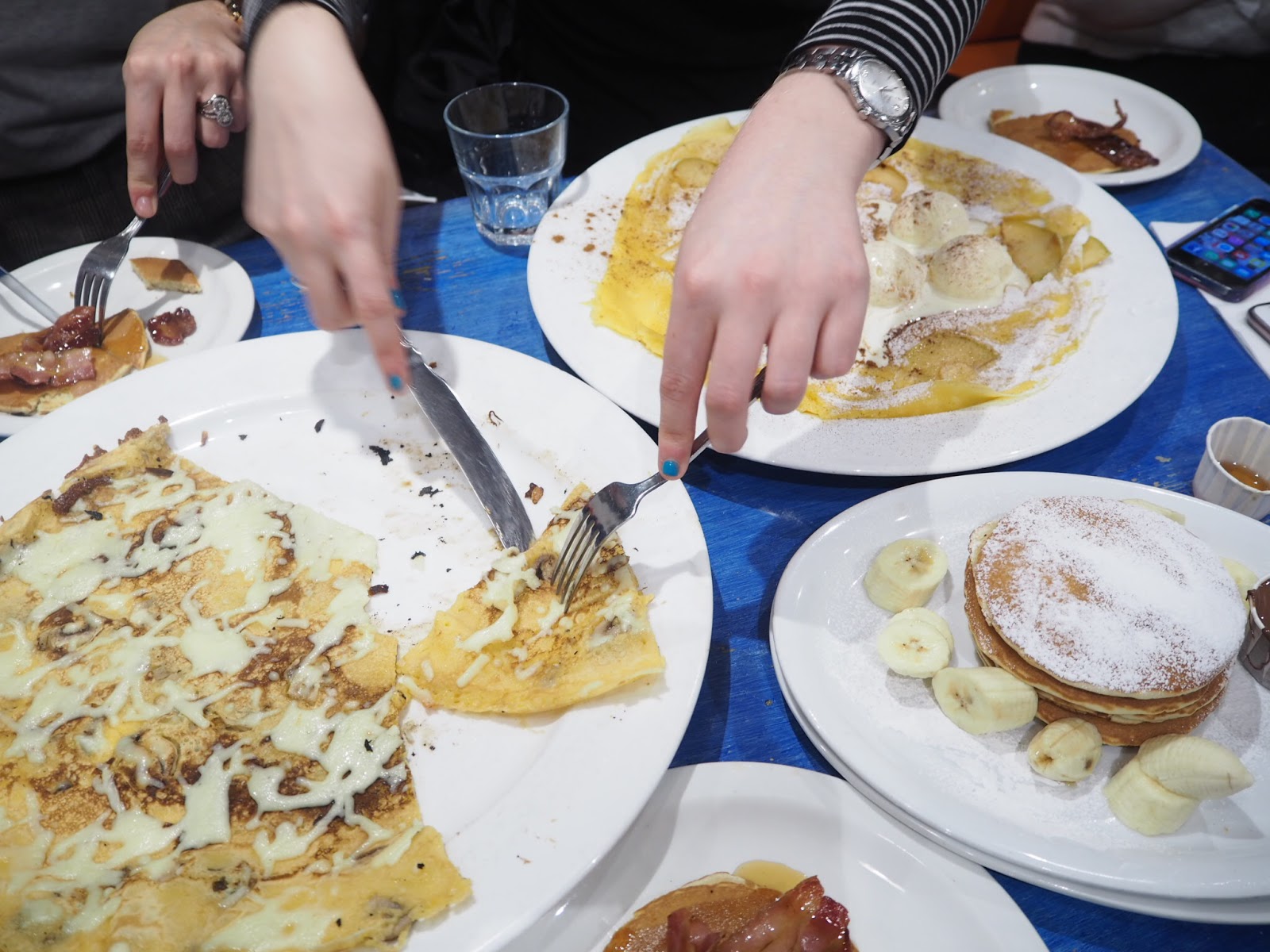 For the savoury flavours we had a Dutch style cheese and mushroom and a stack of bacon and maple syrup. Although a bit burnt on the bottom, they didn’t skimp on the cheese and we sliced it up like a pizza between us, first starting with cutlery and then just giving up, rolling them up and scoffing them with table manners that would shock your elders. The bacon was crispy (the only way to serve it with pancakes) and oh my, do I love that that salty crunch with sweet maple syrup! USA, USA! 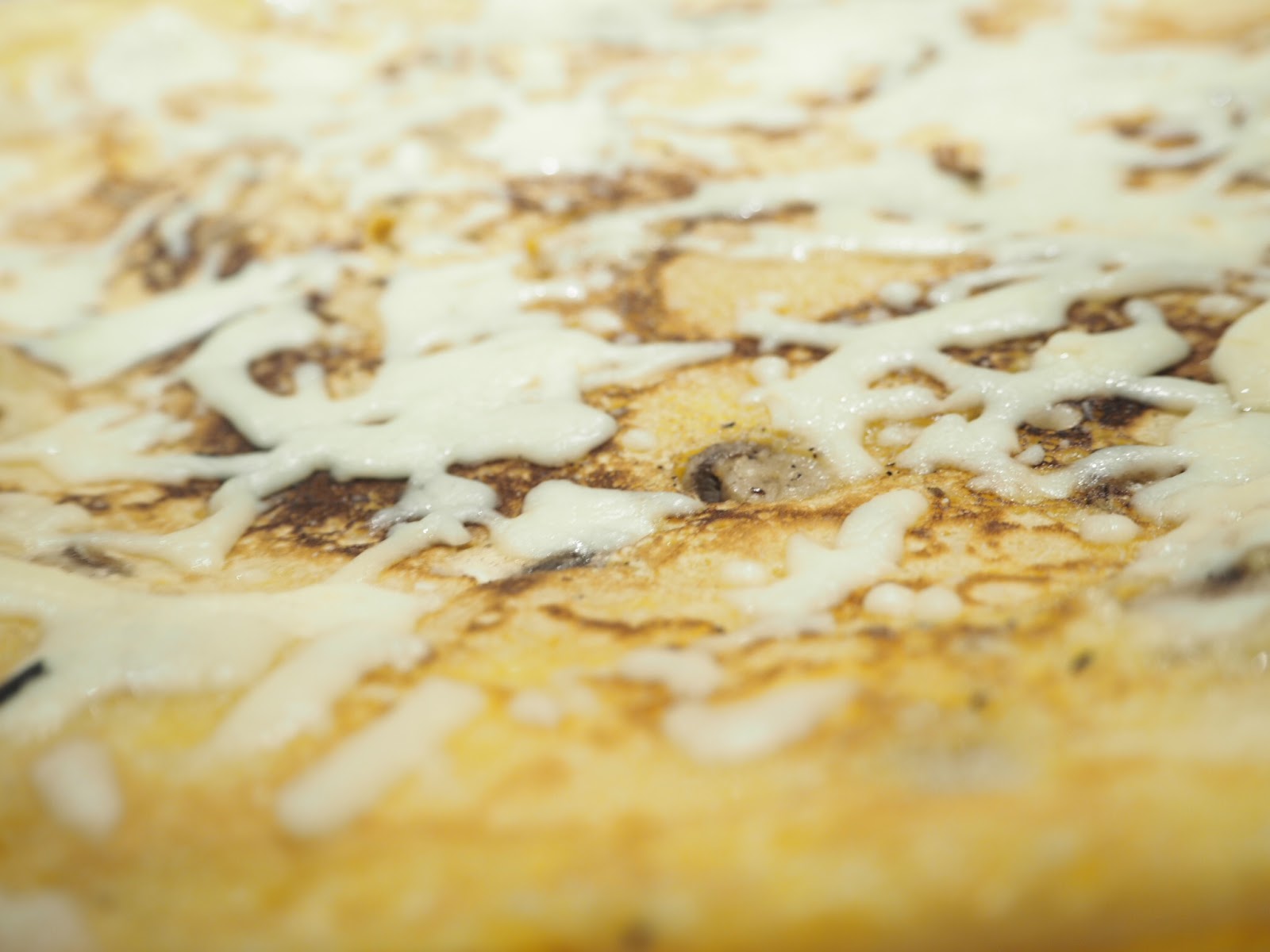 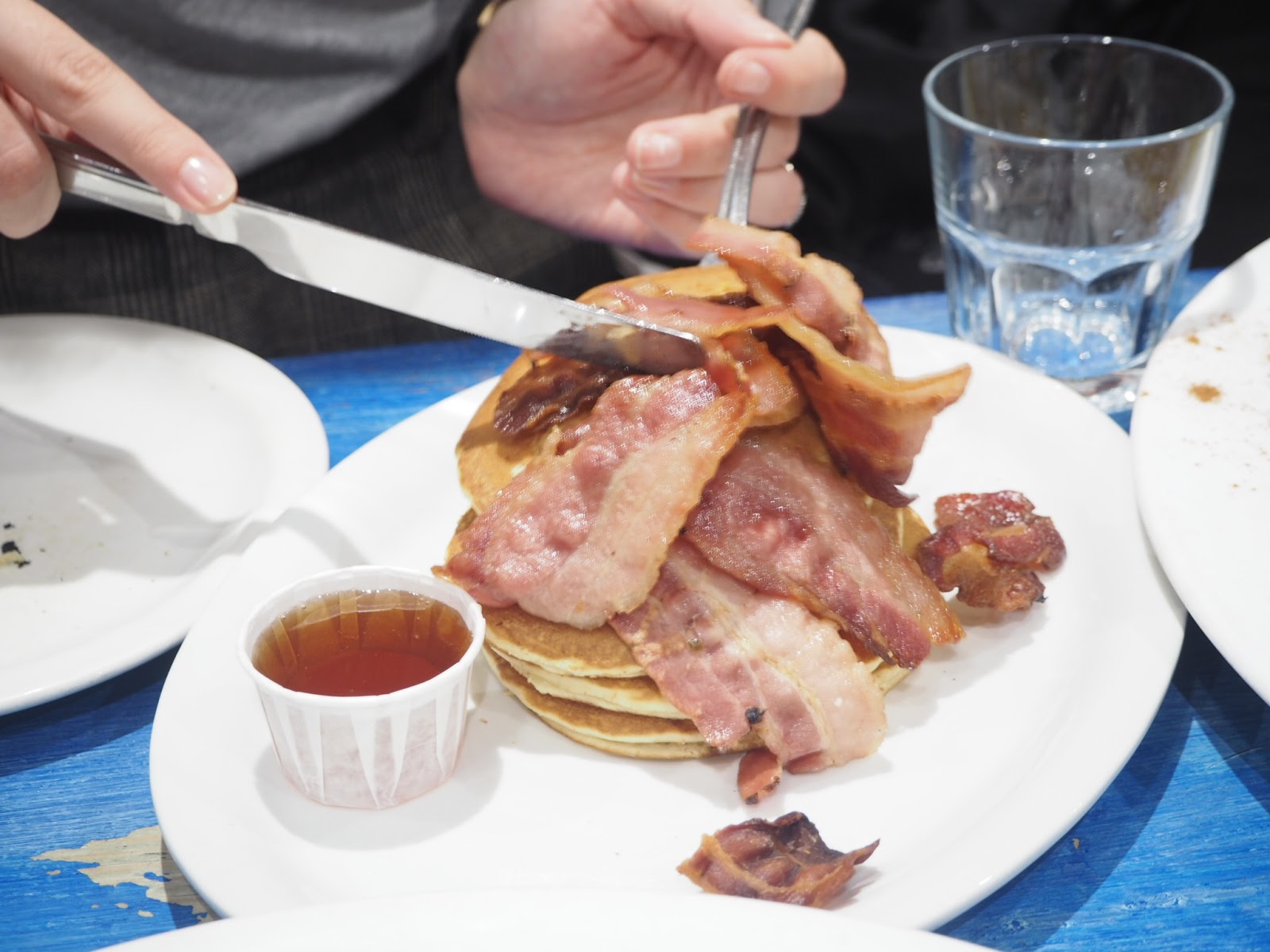 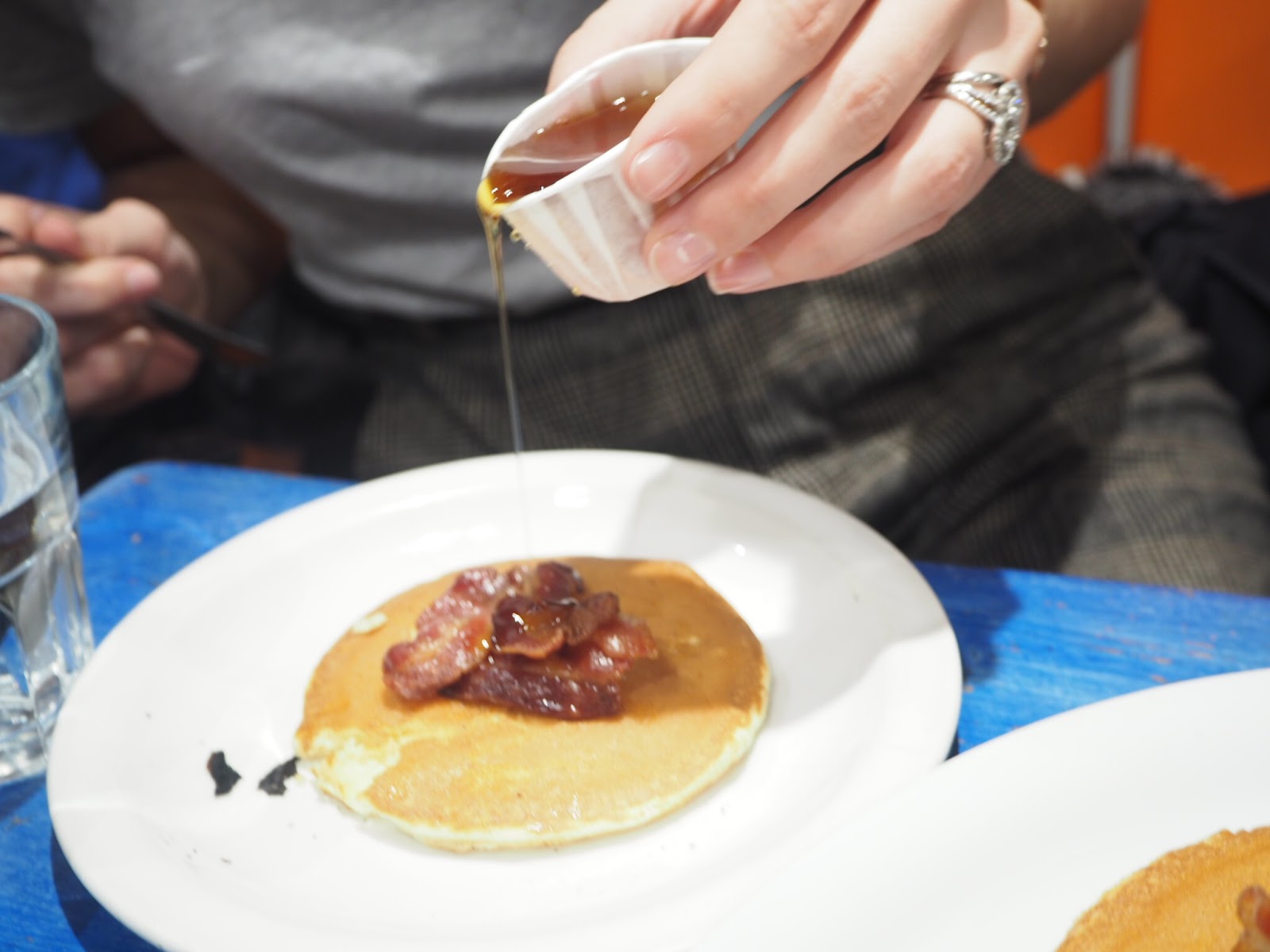 Onto dessert then. The Dutch style this time came with apple, cinnamon and vanilla ice cream, and the American stack was paired with Nutella and banana. You can’t be dainty when you eat this stuff. I spread a thick layer of Nutella on a pancake, put some banana in the middle and gathered up the corners like a pastry, resulting in hazelnut spread all over my face, joining my sugar-high grin. The apple and cinnamon was easily the best variety of the evening; it was essentially an apple pie in pancake form. 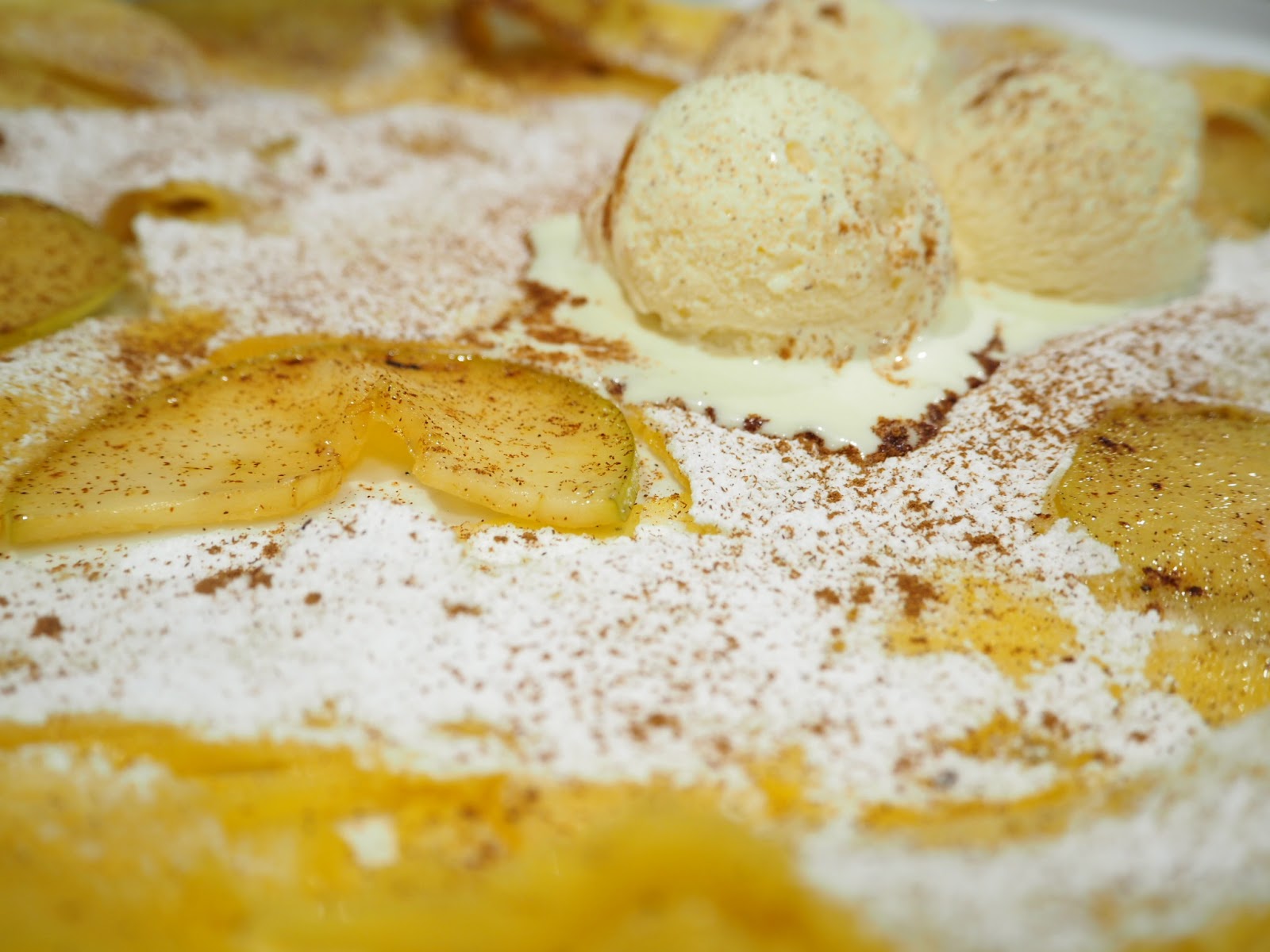 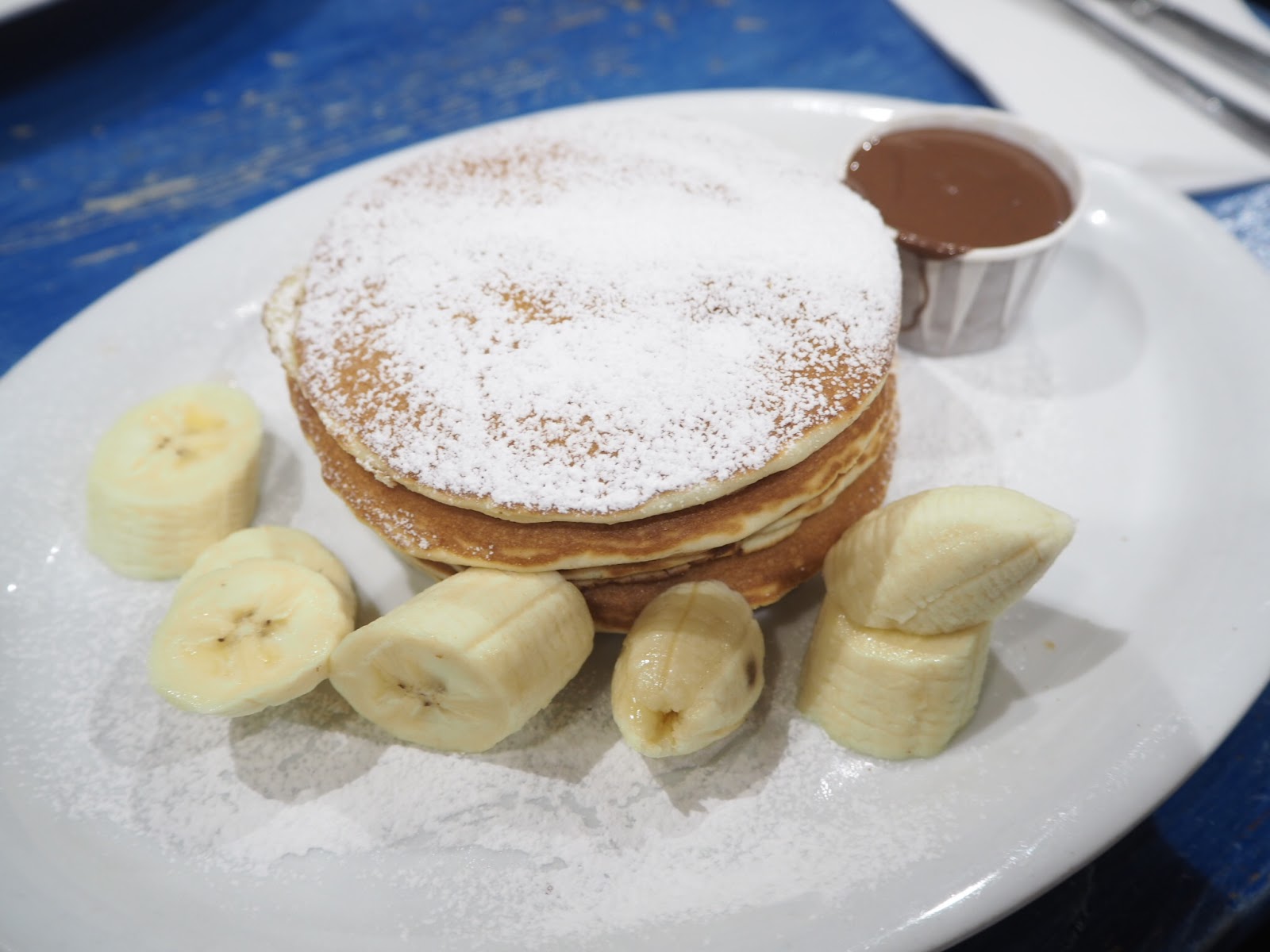 Waddling out I spotted toppings on other people’s food including mixed berries, marshmallows and chorizo (not all together, obviously), and somehow I got food envy, despite what we’d managed to demolish in little under half an hour. 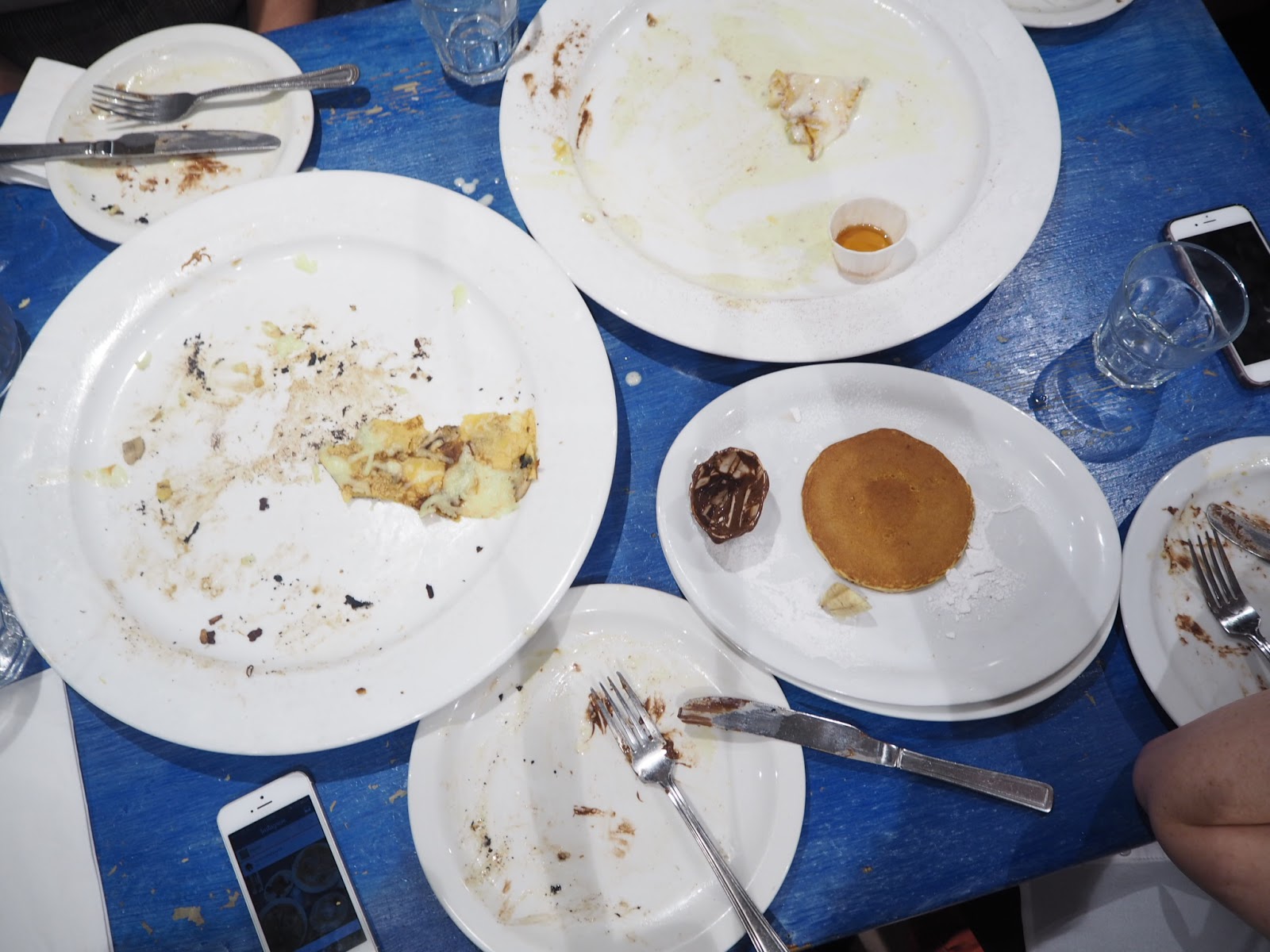 OK, I didn’t get my Pancake Day pancakes until 10pm but the desperation, the queue and the almost-didn’t-get-them (not to mention the wonderful company) made them that little bit sweeter.