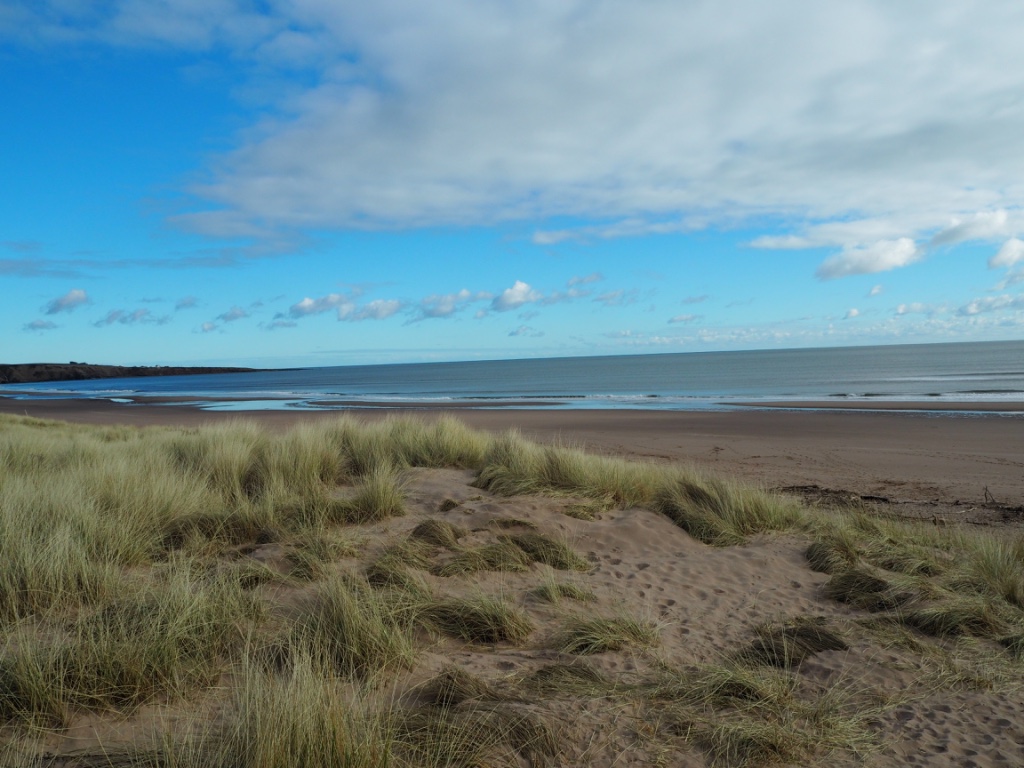 I’ve spoken before about how you don’t have to go very far to see beautiful parts of the world. The stunning fjords of Norway are only a two hour flight away and my road trip around Ireland introduced me to the eye-popping greenery of the Emerald Isle. When it comes to Scotland, I’ve only ever been to Edinburgh and Glasgow, but never to the more rural areas. We flew into Aberdeen late on a Wednesday night, just as it started snowing and drove 40 minutes to the little village of Fettercairn in near pitch black. 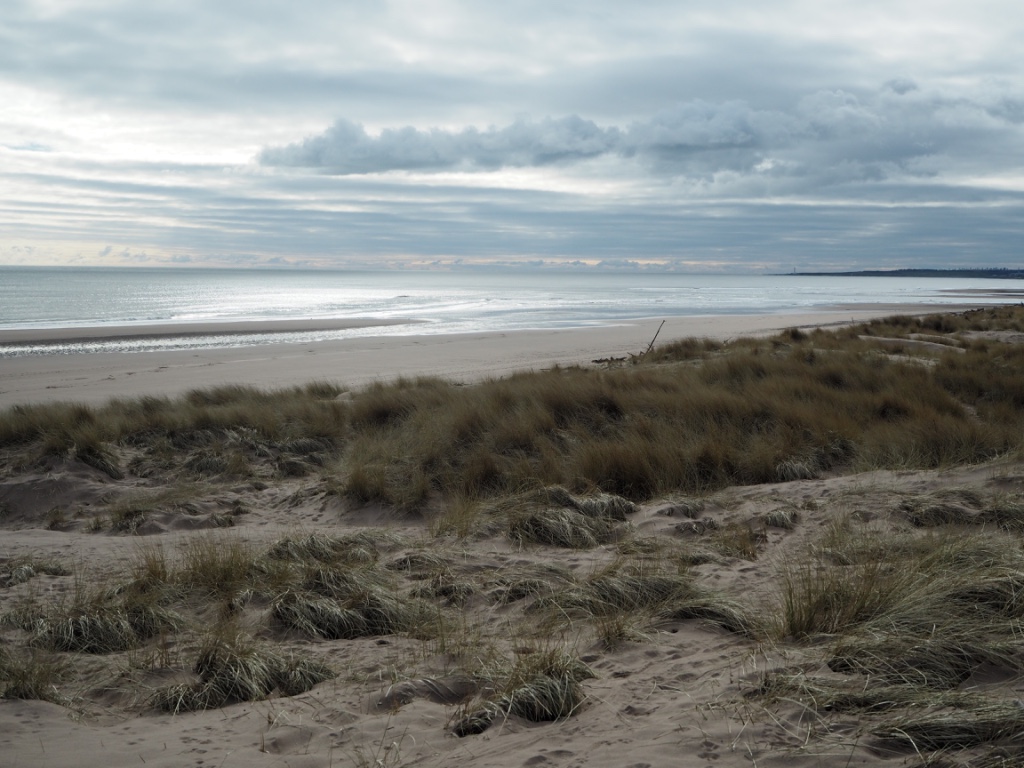 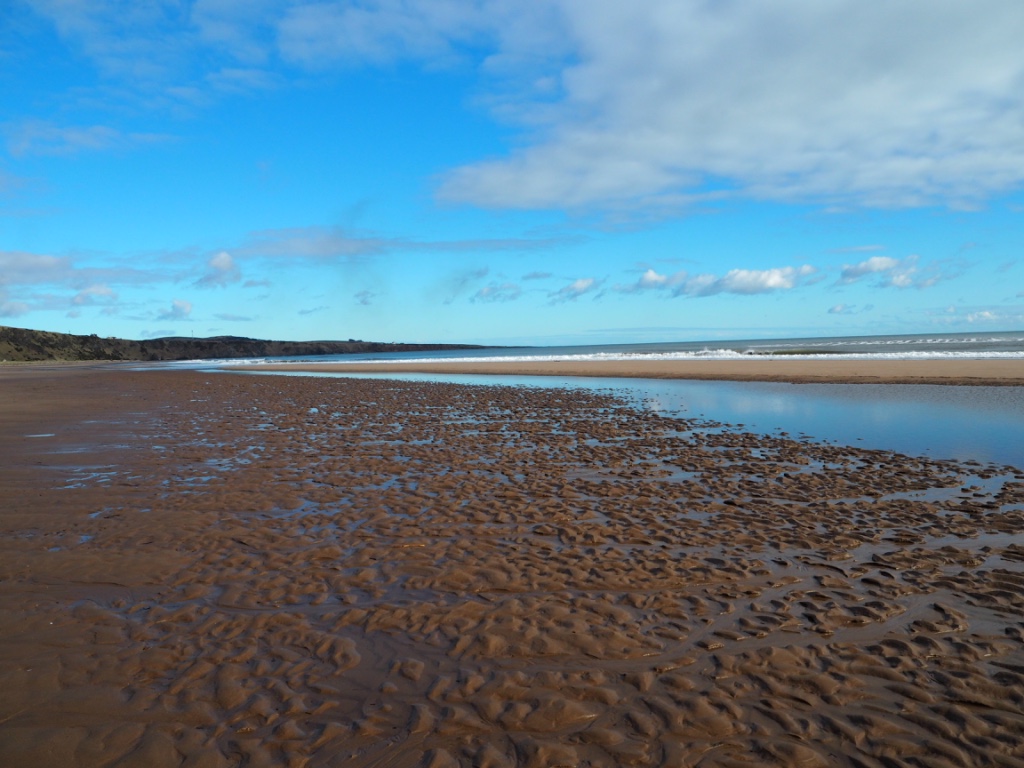 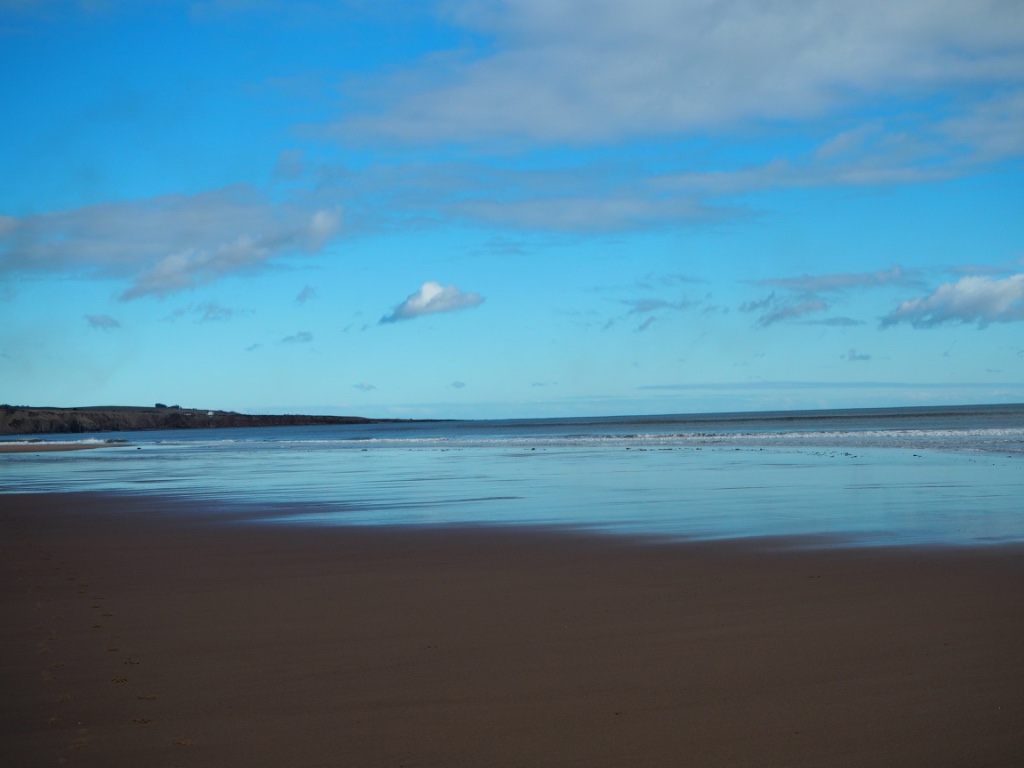 It wasn’t until the next day and we headed out for a drive that I first saw a glimpse of how utterly stunning Scotland can be. We walked down to St Cyrus beach flagged by signs everywhere telling us that baby seals like to sleep on the sand which got me far too excited. The fact that we didn’t see one (but did see a dead sheep…) didn’t distract from the miles of untouched beach which we only shared with a couple of OAP ramblers and a very energetic puppy. I’m no geology freak but even the god damn rocks were pretty! 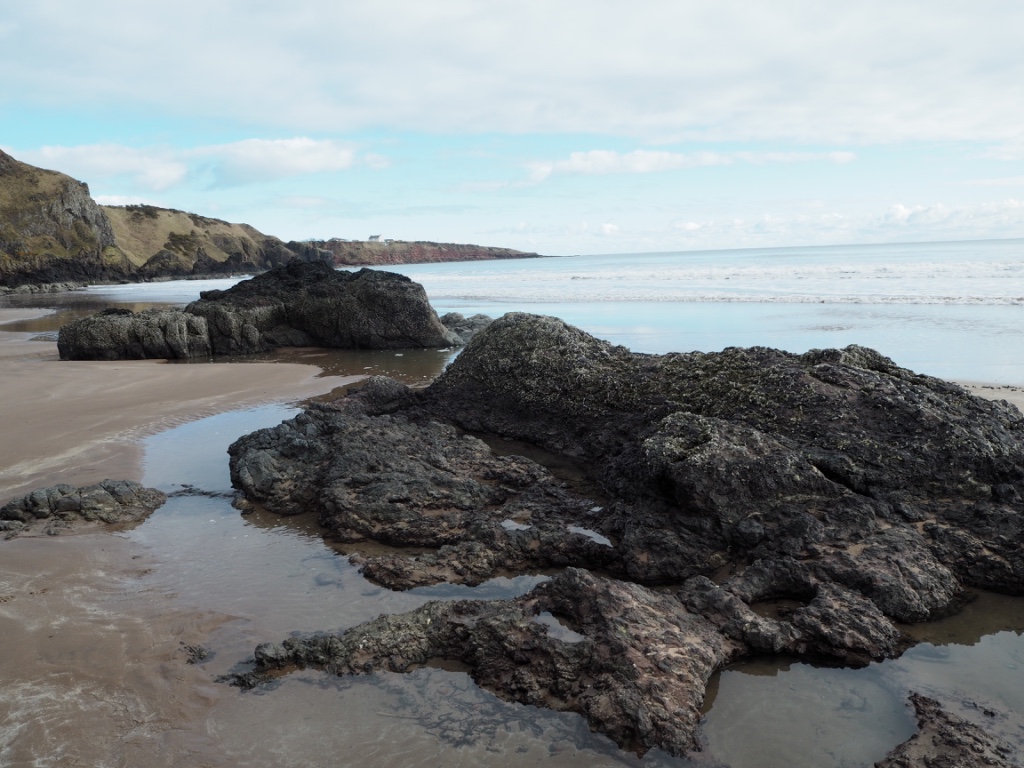 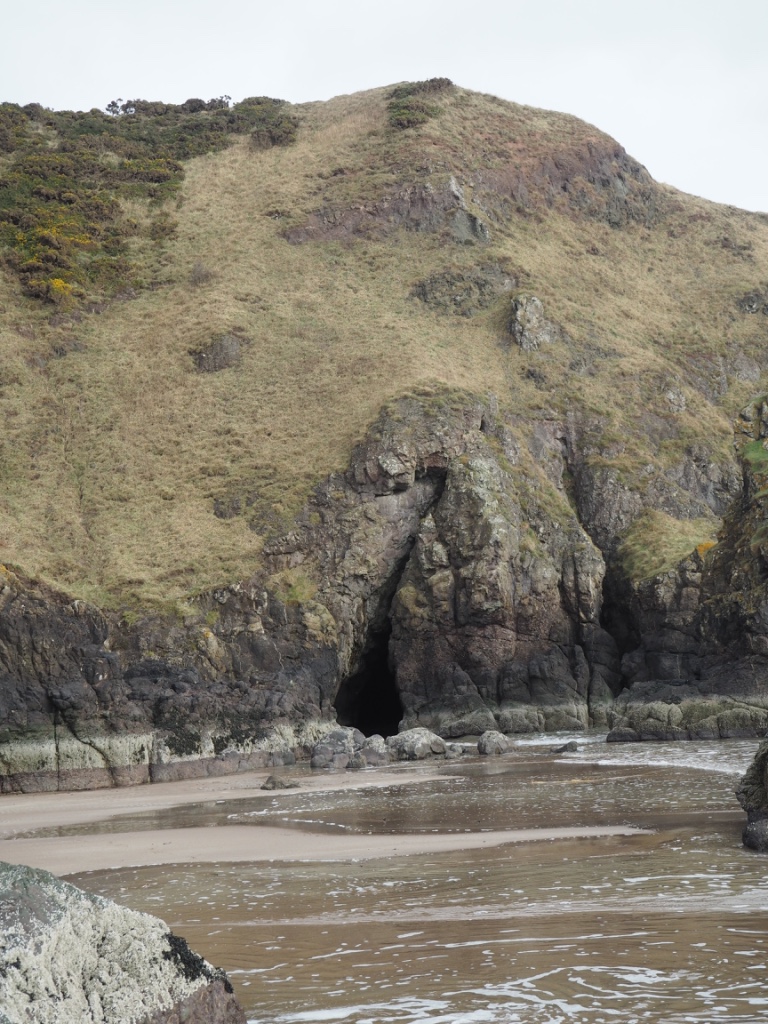 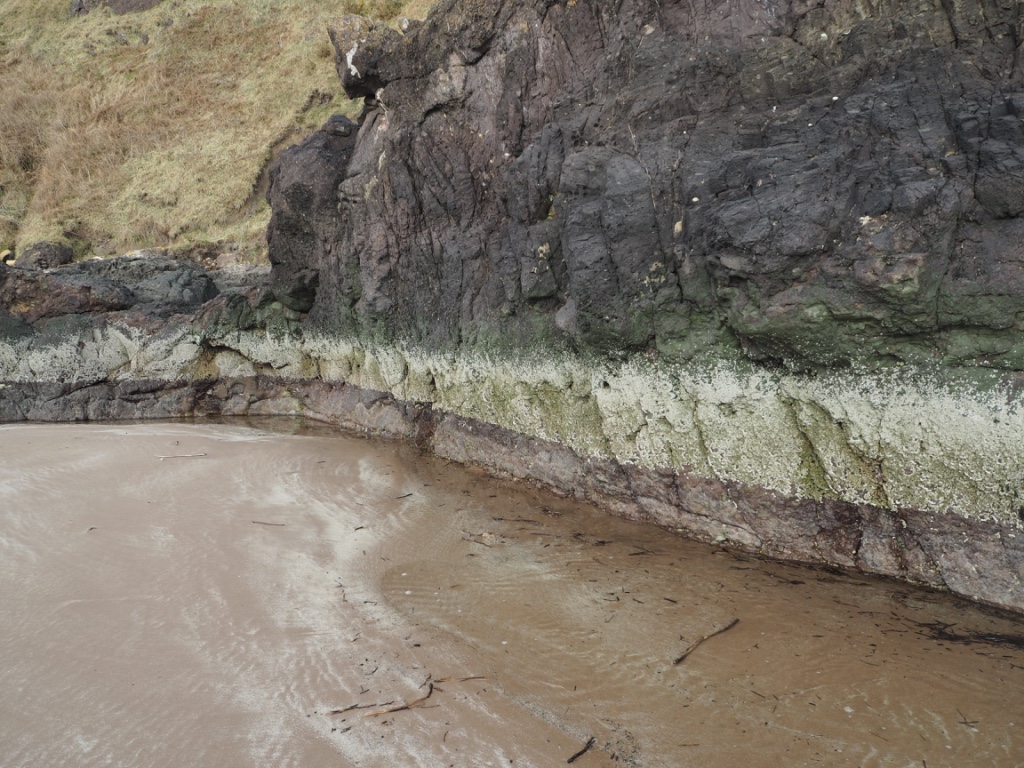 A few miles down the road we stopped for lunch in Stonehaven. It’s never been on my hit list of culinary hotspots but who knew it’s where the deep fried Mars Bar was invented?! Sadly the shop that created it was closed but it was a cloud with a silver lining as we found The Bay Fish and Chips instead, perched on the promenade looking out to sea. It was without a doubt, the best fish and chips I’ve ever had. Freshly caught haddock, the crispiest batter, thick cut chips and I threw in a haggis pudding for Scottish good luck too. And next door was Aunty Betty’s – home to bloody enormous ice creams with all the toppings thrown in for good measure. 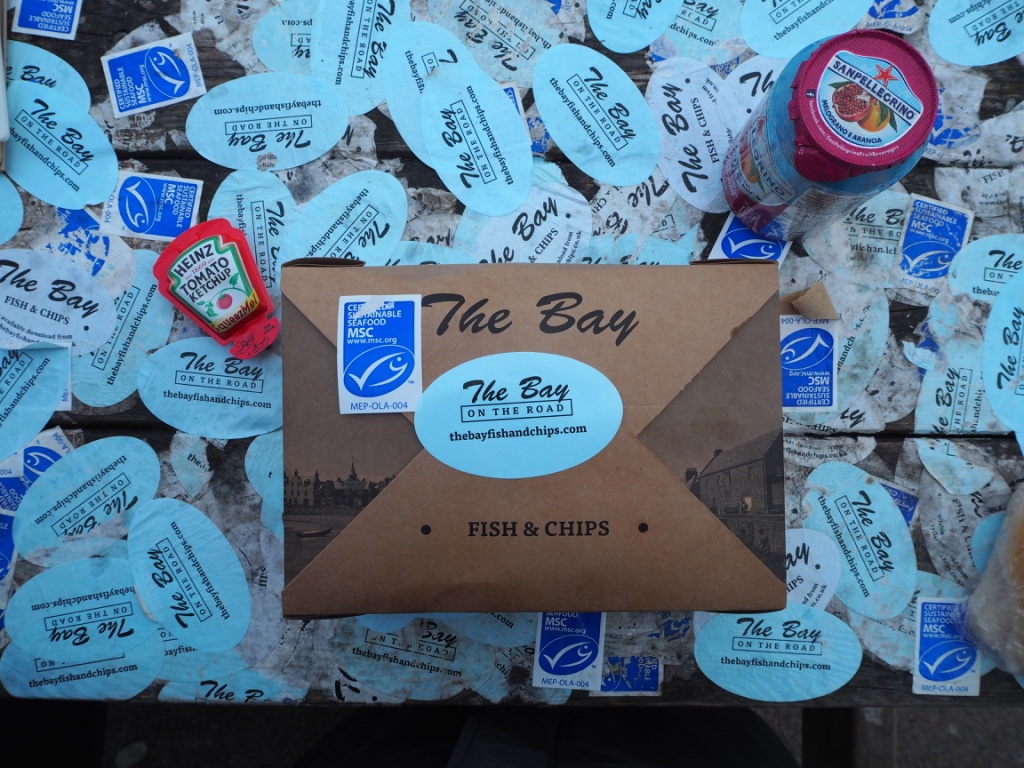 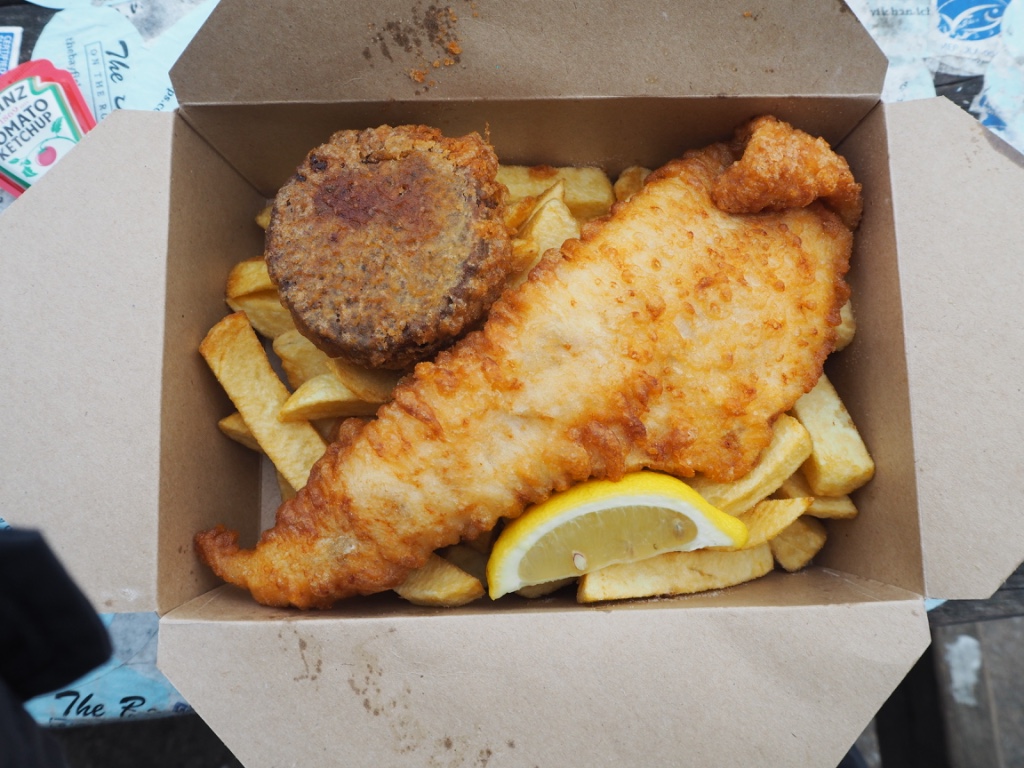 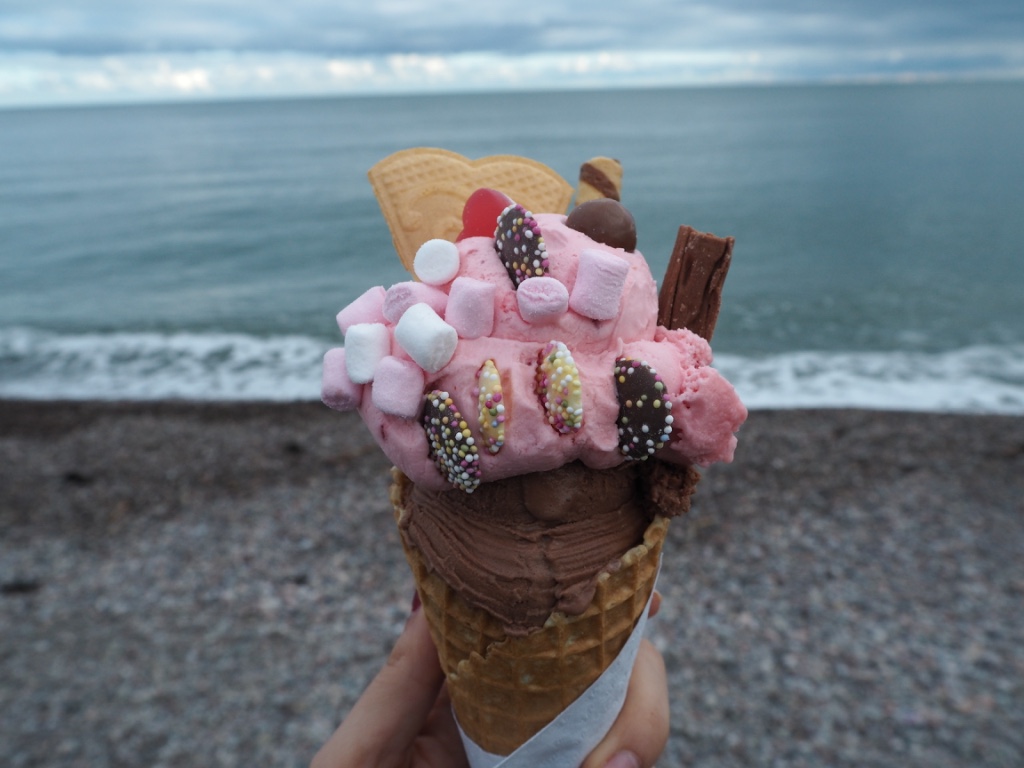 There are bits of beauty hidden around every corner and down the precarious looking lanes that weren’t quite wide enough for our car. Dunnottar Castle is perched on top of a rocky precipice, looking very unstable and as though it’s come straight from a Games of Thrones set designer’s warped brain. 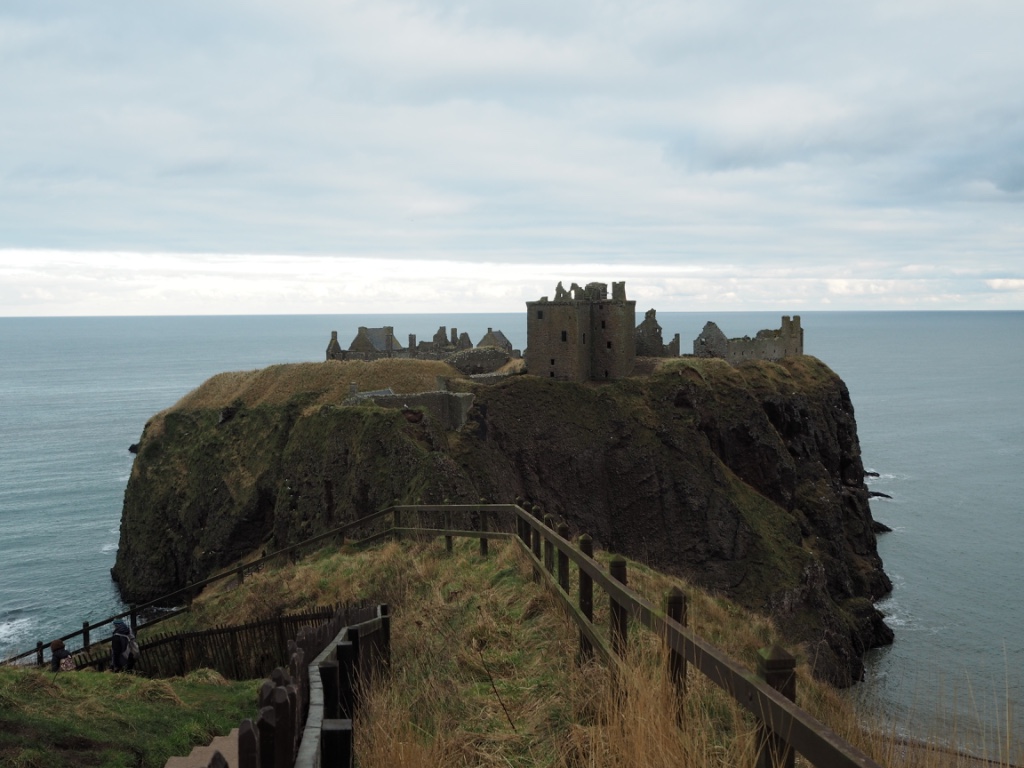 Even behind the most unassuming little blue door by the side of a semi-busy road is a Narnia-like woodland that allows you to shut yourself off from the rest of humanity (or at least a decent 4G signal). It was most definitely the calm and serenity I needed away from London. 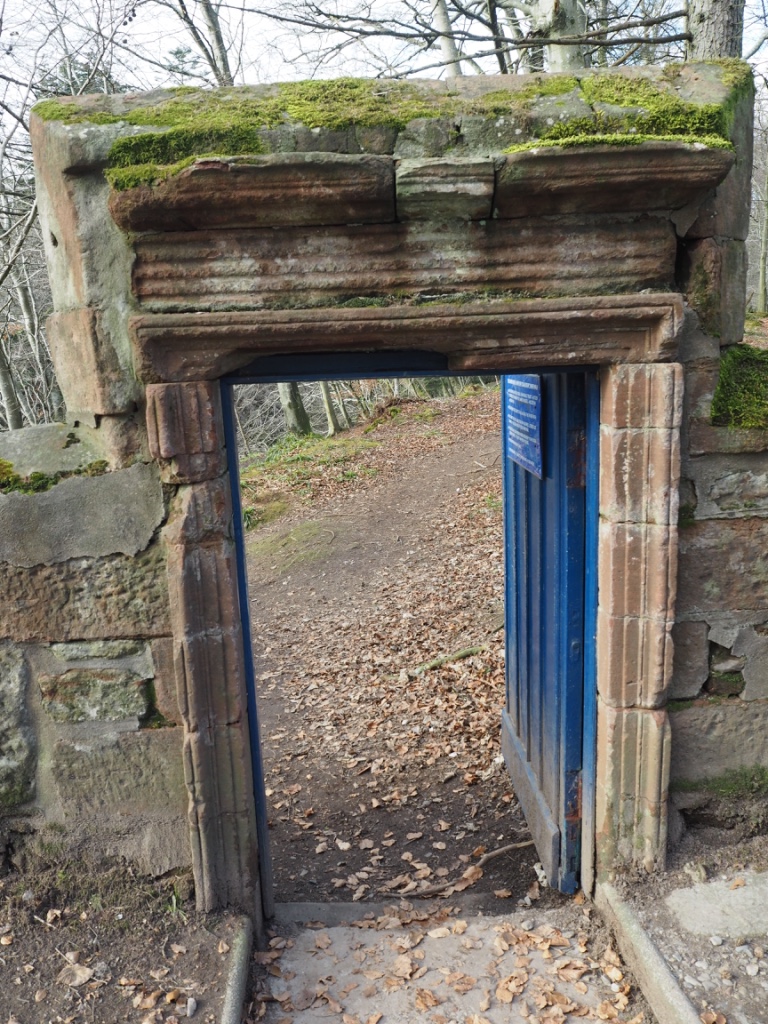 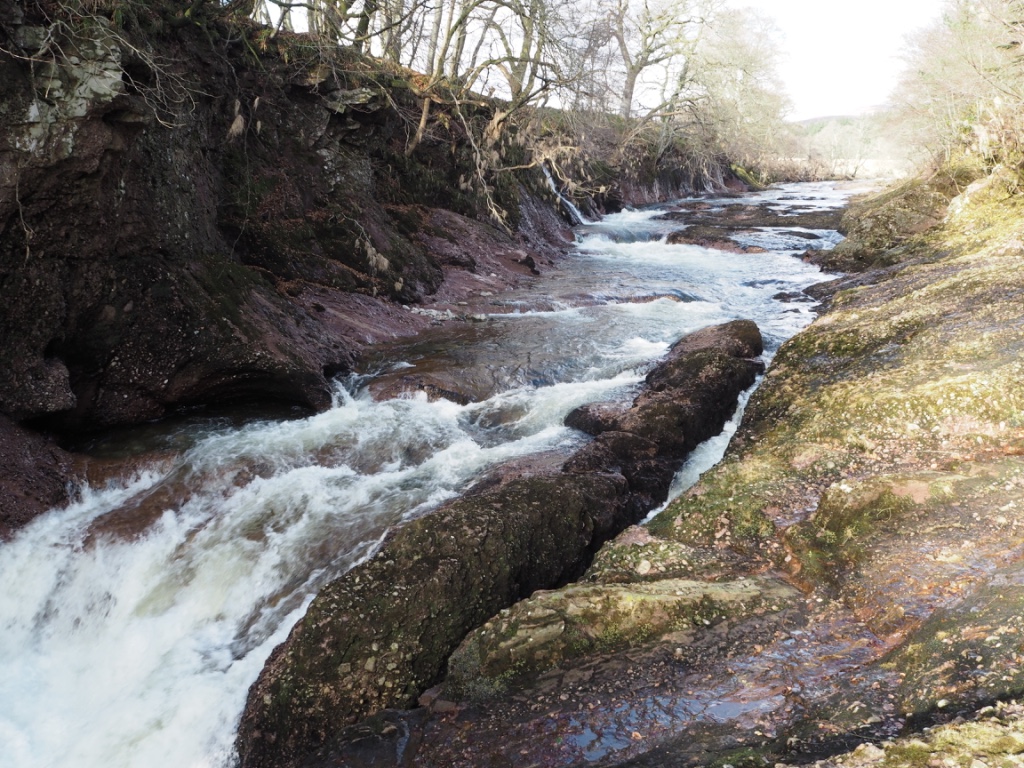 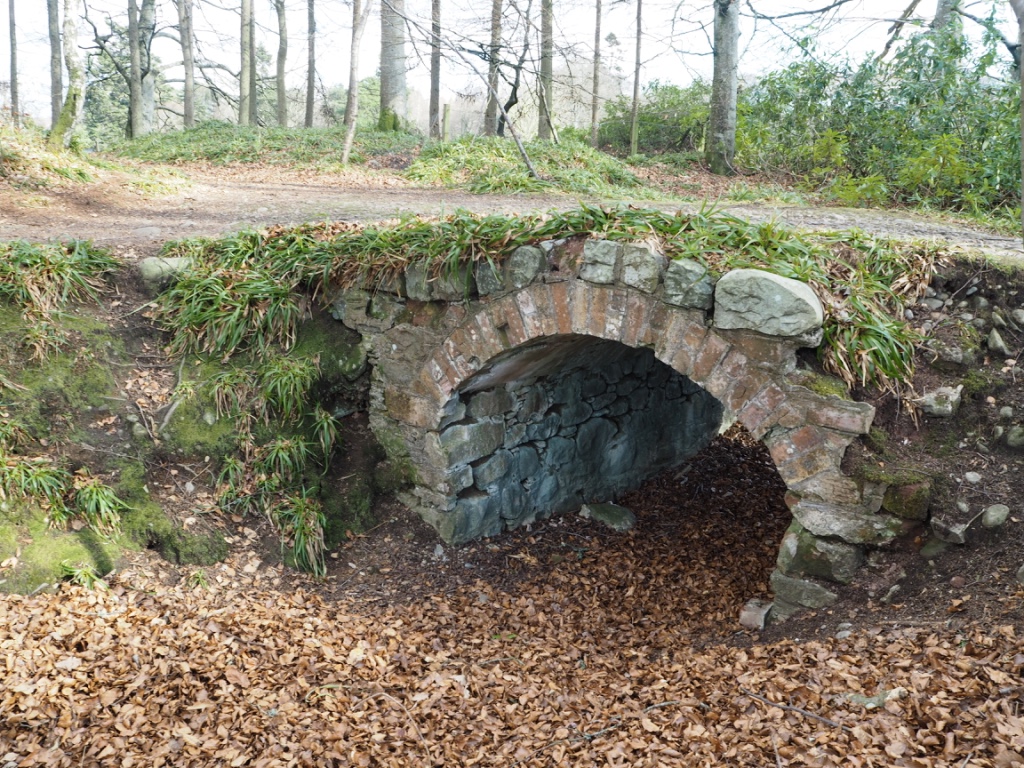 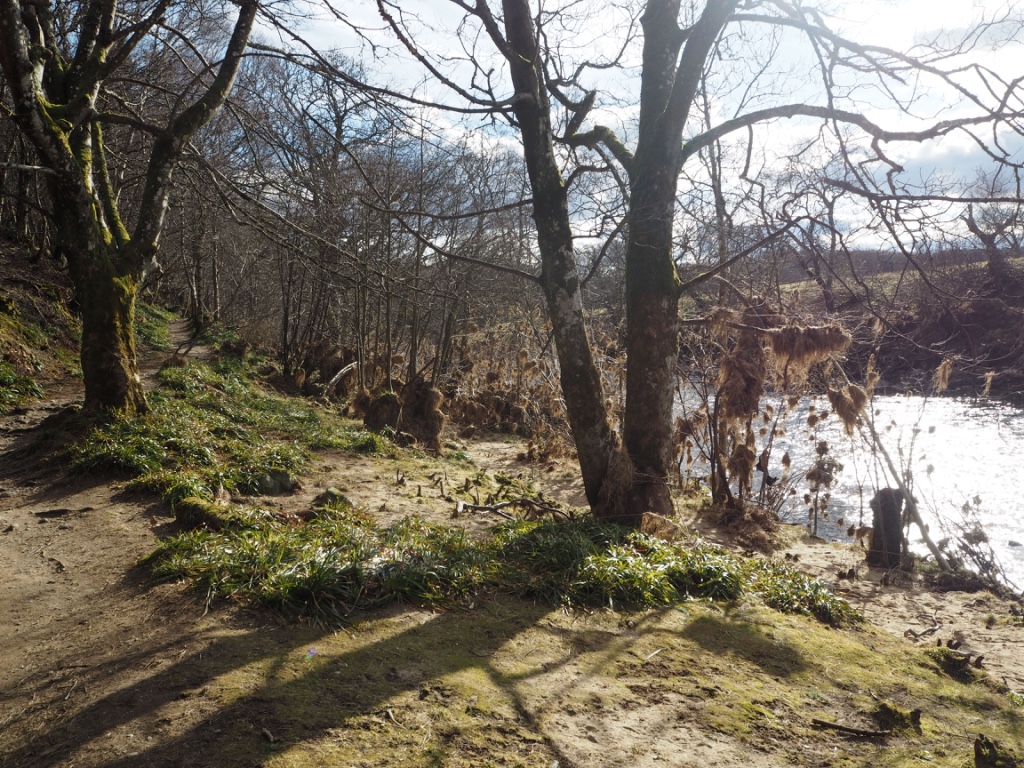