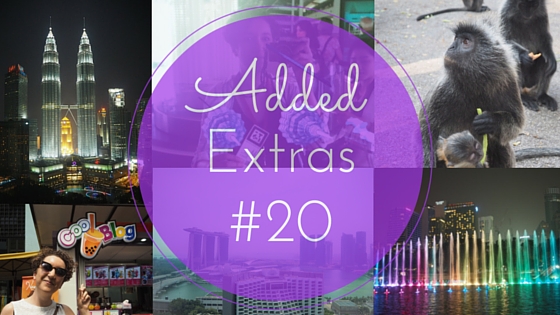 Well. It’s almost a week since I left the UK to start The Big Trip. I cannot begin to tell you all the things I’ve seen and experienced so far; it has been both overwhelming, life-altering and utterly wonderful.
I spent five days in Kuala Lumpur and I’m now in Singapore until Friday, when I then fly to Chengdu in China. Whenever I had doubts about doing this, I shouldn’t have because this is, without a doubt, the best decision I’ve ever made. I’ll go into lots more detail about what I’ve been getting up to in future posts (and you can see lots on Instagram too!), but until then, here’s this week’ Added Extras.

1) My flight out was pretty much empty. I’d used my airmiles to get a seat in Premium Economy and there was no-one sat in front, next to or behind me so I streeeeeeeeeeeeeetched out. As a result I actually slept for a good portion of the 12 hour flight! I also had gin and Paul Rudd on my tiny TV screen which goes a long way when you’re stuck in a metal tube catapulting yourself to another country. 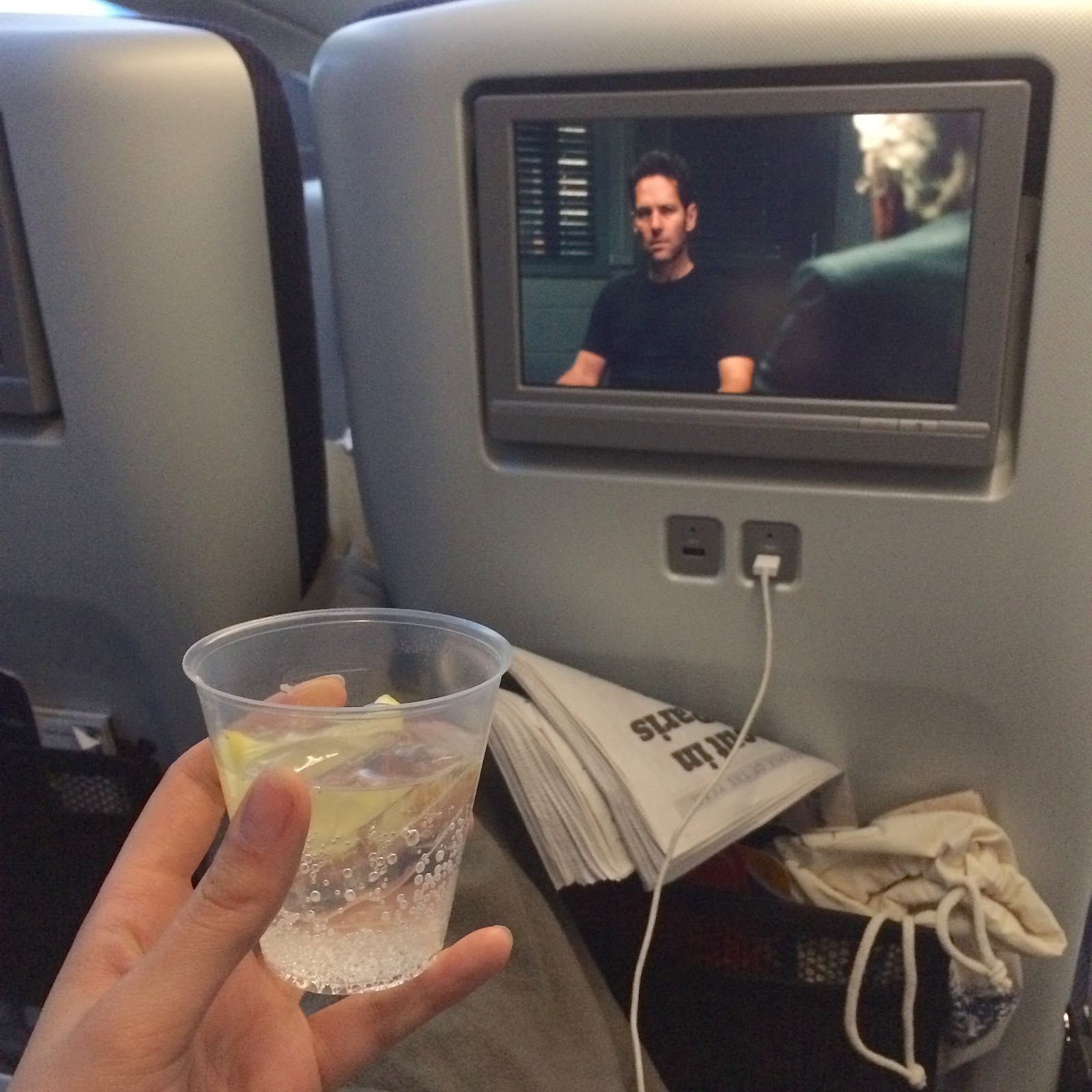 2) And thanks to sleeping and managing my time in the right way, I miraculously avoided jet lag. Last time I was in Asia I had it so bad that I was falling asleep in taxis and restaurants so I was really dreading having to deal with that, especially by myself. But the curse is lifted, hoorah!

3) I stayed at Traders Hotel in Kuala Lumpur and OH MY GOD MY VIEW. Every morning when I woke up and every night before going to sleep I just stared at those glorious towers and realised how insanely lucky I was to be there. 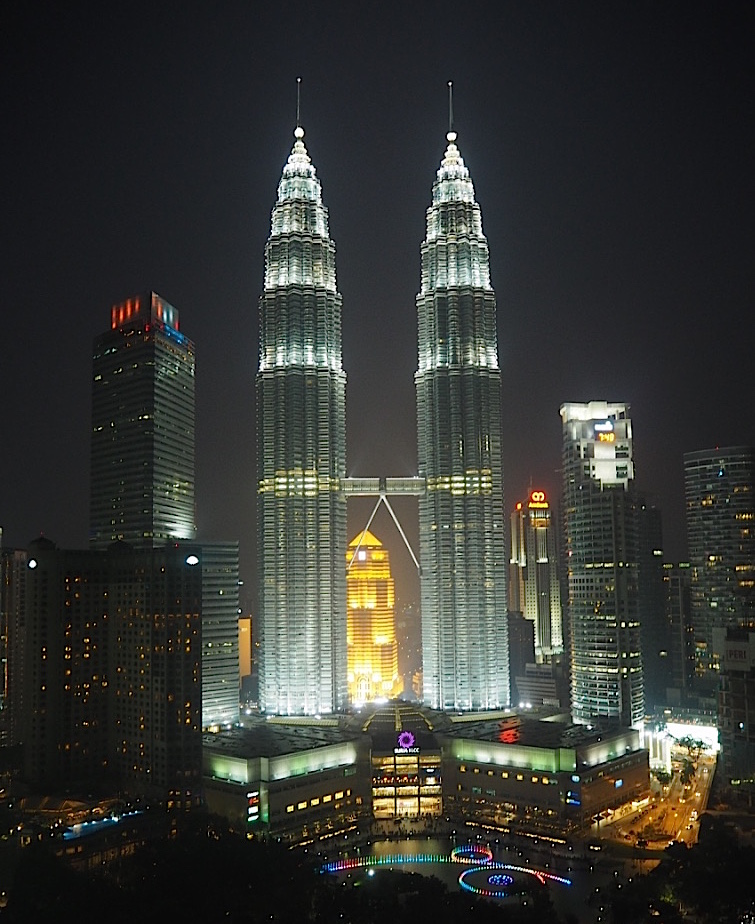 4) On my first full day in KL, I went on a tour to the Batu Caves and met another solo traveller called Liz. We ended up grabbing dinner together that night and then met up the next two days after that too! Although I was absolutely fine by myself, it was so good to have some company and someone to chat to and sit in restaurants with. She’s been travelling around the world for over three years now so she shared many well received words of wisdom with me. 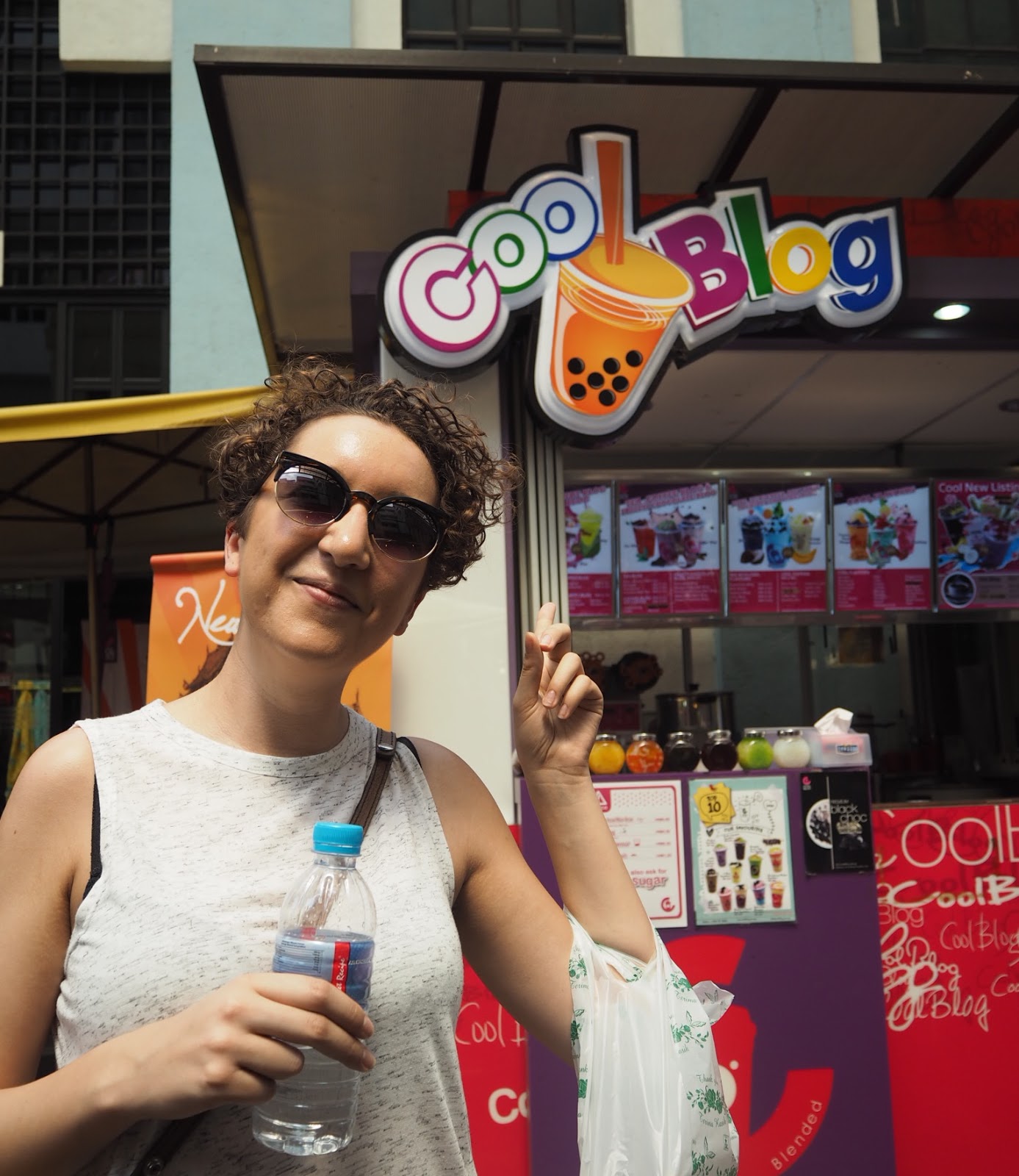 6) I saw so many monkeys in Malaysia! Crazy food stealing, bottle wielding terrors at Batu Caves, to gentle, bean eating, baby carrying cuties in Kuala Selangor. I have no idea how many photos I took of them but let’s just say it’s lucky I brought two massive SD cards with me. 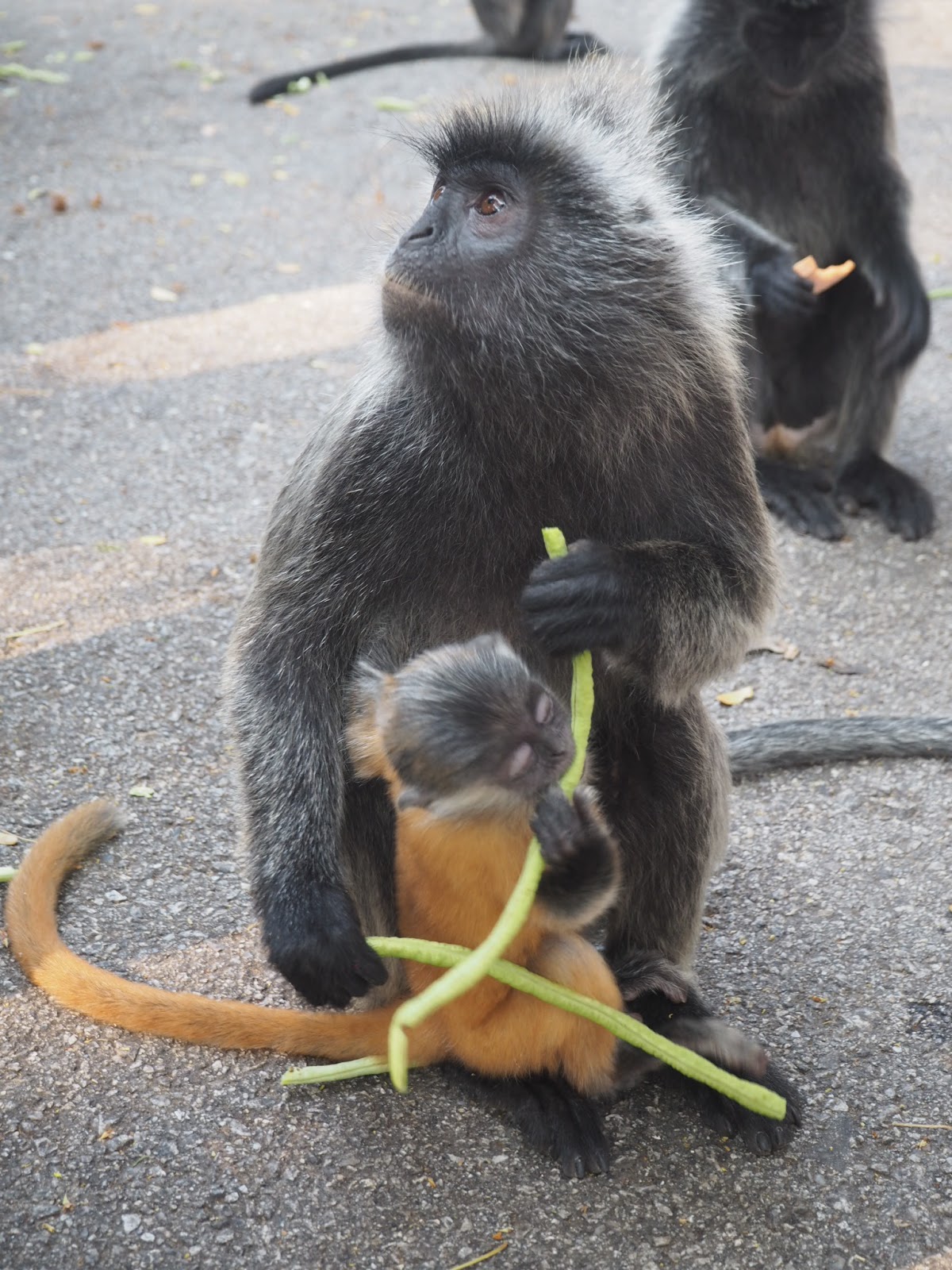 7) Liz and I went up to the 86th floor observation deck in the Petronas Towers and yes, the views were great, but there was also an augmented reality screen and I discovered I could turn the famous towers around and give myself a wonderful pair of pointy boobs. CULTURE! 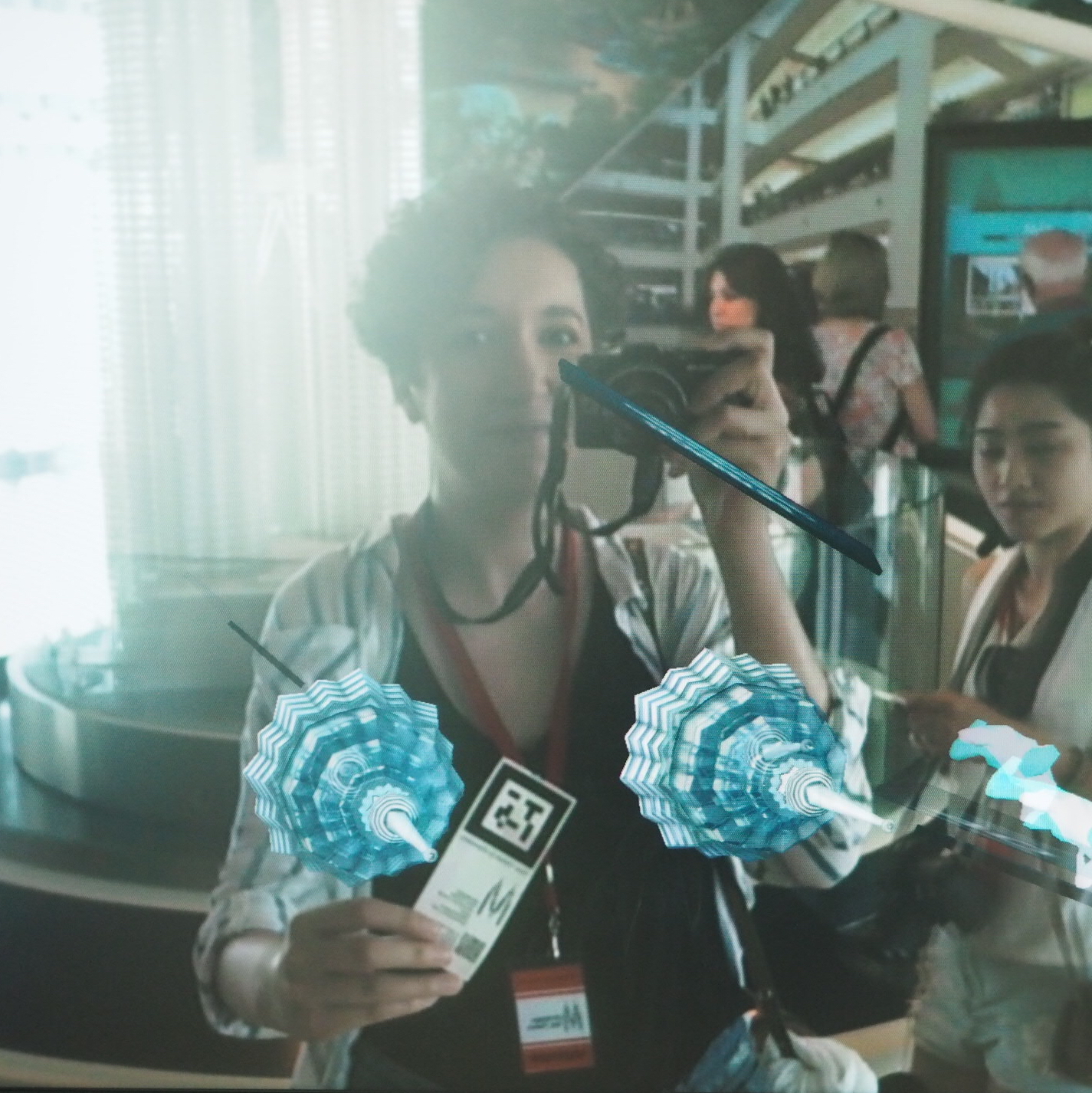 8) On our last night in KL, Liz and I bought some amazing cakes from the shopping mall food court by my hotel and sat and watched the dancing fountain show a few times. It was warm outside and I had sweet treats – I couldn’t have been happier. 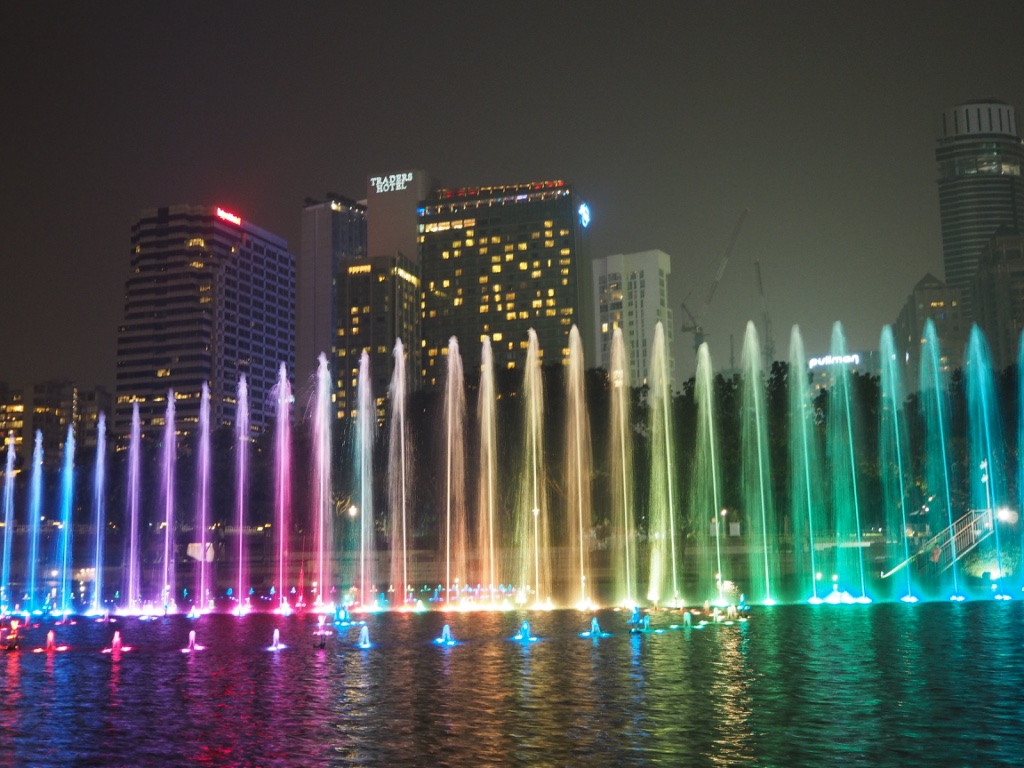 9) I got upgraded in my hotel in Singapore and so I have ANOTHER incredible view from my window. And an awesome bath that I can lie out in full in, which ordinarily never happens because bath makers hate tall people. 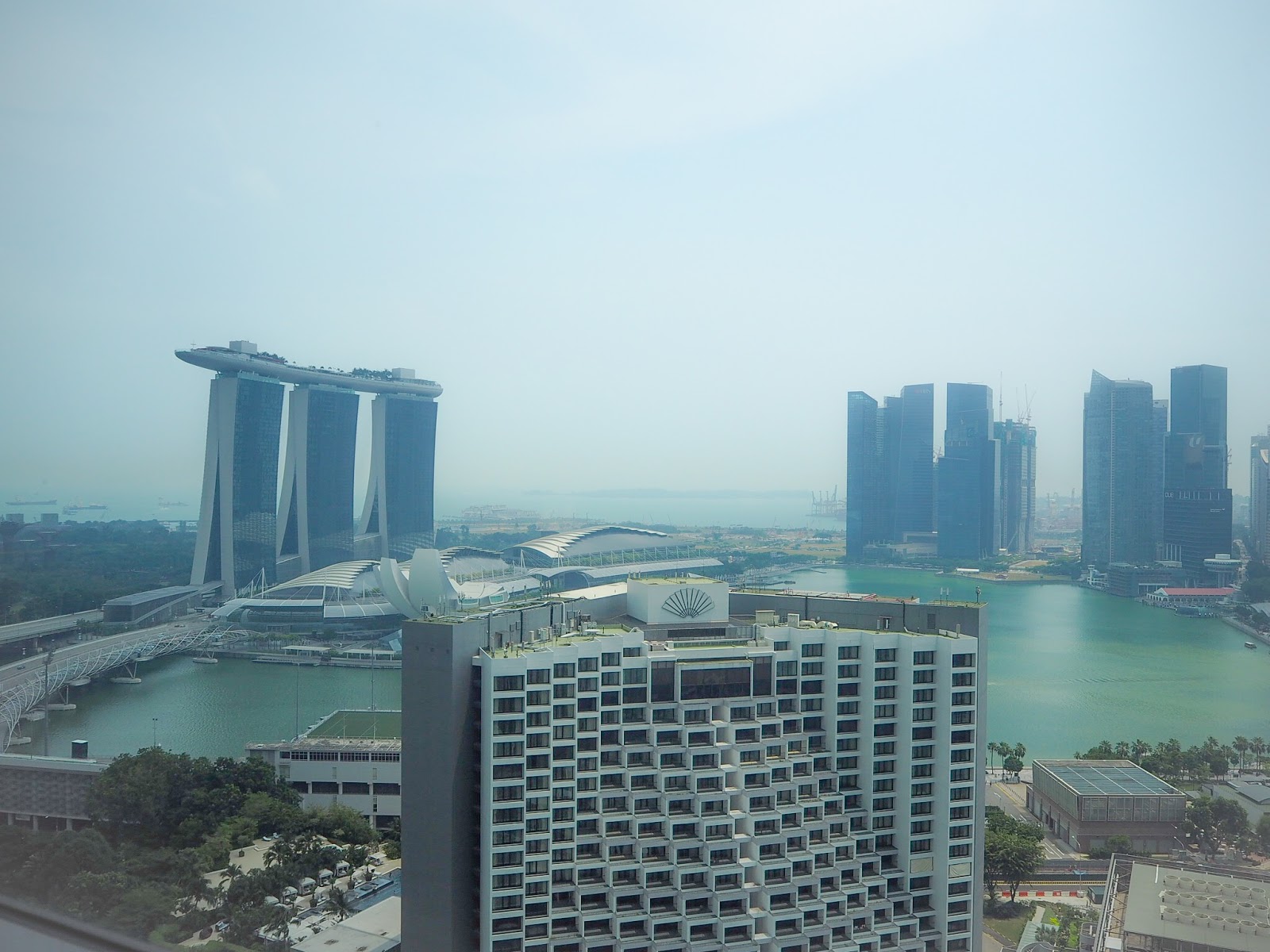 10) It turns out that lovely Kristabel is in Singapore at the same time as me so we caught up over street food at Gluttons Bay and then chatted until waaaaaaaay to late by the marina. I don’t think her jet lag has thanked her today!

Added Extras is going to take a little break as while I’m in China I won’t be able to access Blogger as easily (those Chinese don’t like the Google). But I’ll try and get lots of lovely posts scheduled in the meantime so you don’t miss me too much!