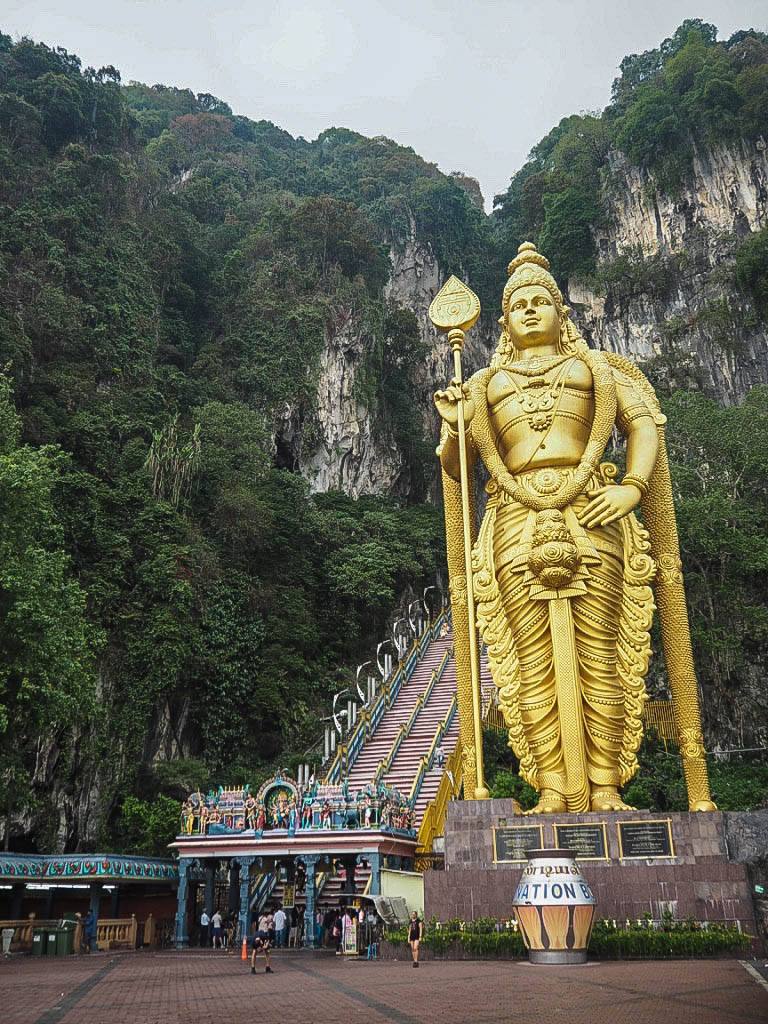 Whilst planning what to do in Kuala Lumpur before I left the UK I saw photos of the stunning Batu Caves and promptly bounced off my seat with excitement. Despite not being religious in the slightest, I love seeing huge statues of gods and deities in other countries; they have a way of making me totally awestruck and so wonderfully far from home.

I booked a tour online to keep things easy and to make sure that I was kept busy on my first day away to stave off the dreaded jet lag. A bus picked me up from my hotel and I made my awkward smiling introductions to the other six people already on board. It was nice to have human interaction beyond the obligatory ‘Good morning’ to the hotel staff, and as we settled in for the journey I chatted to another solo traveller Liz, who ended up becoming my companion for the next few days in KL. Everyone told me I’d meet people travelling but I didn’t expect it to be that easy!

Our tour made a quick stop at the Royal Selangor pewter factory. Along with palm oil, pewter is Malaysia’s most successful export and therefore we were following in the footsteps of many important dignitaries to take a look around. After an obligatory photo with the world’s largest pewter tankard (the Guinness Book of World Records even says so!), we moved on to the Caves. 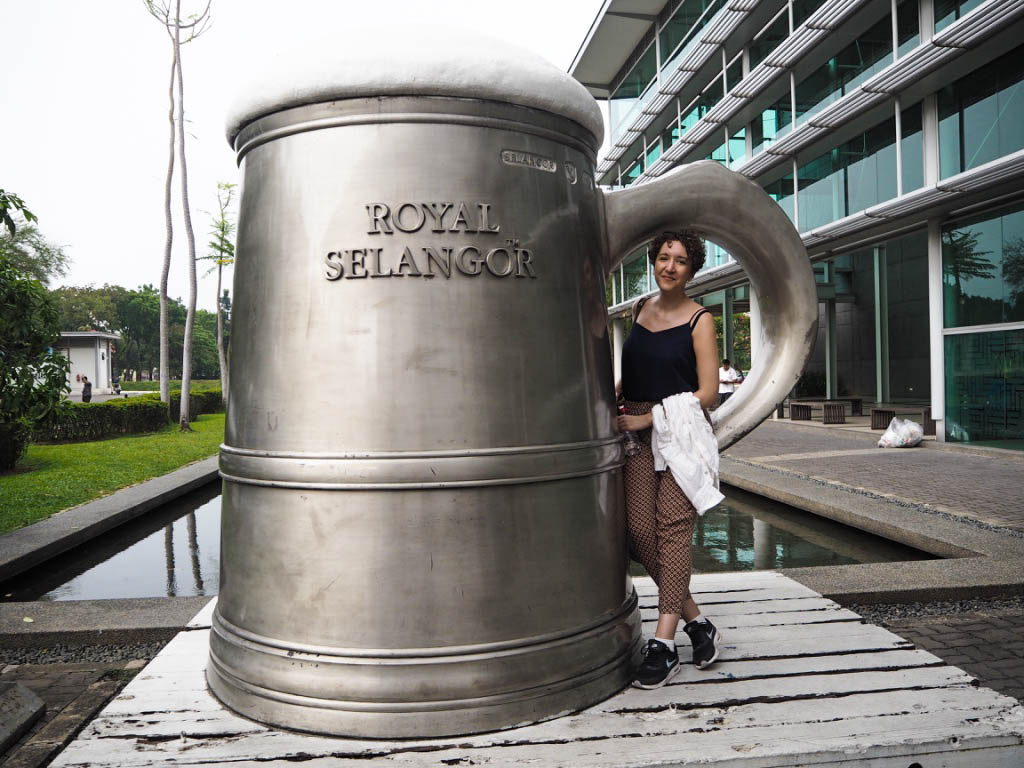 The incredible statue of the Hindu deity Murugan stands at 140ft tall and is completely stunning. It’s a shame that the site is actually right next to a main road, but as the Caves are still very much in use as a shrine, a big old car park next door is kind of necessary. 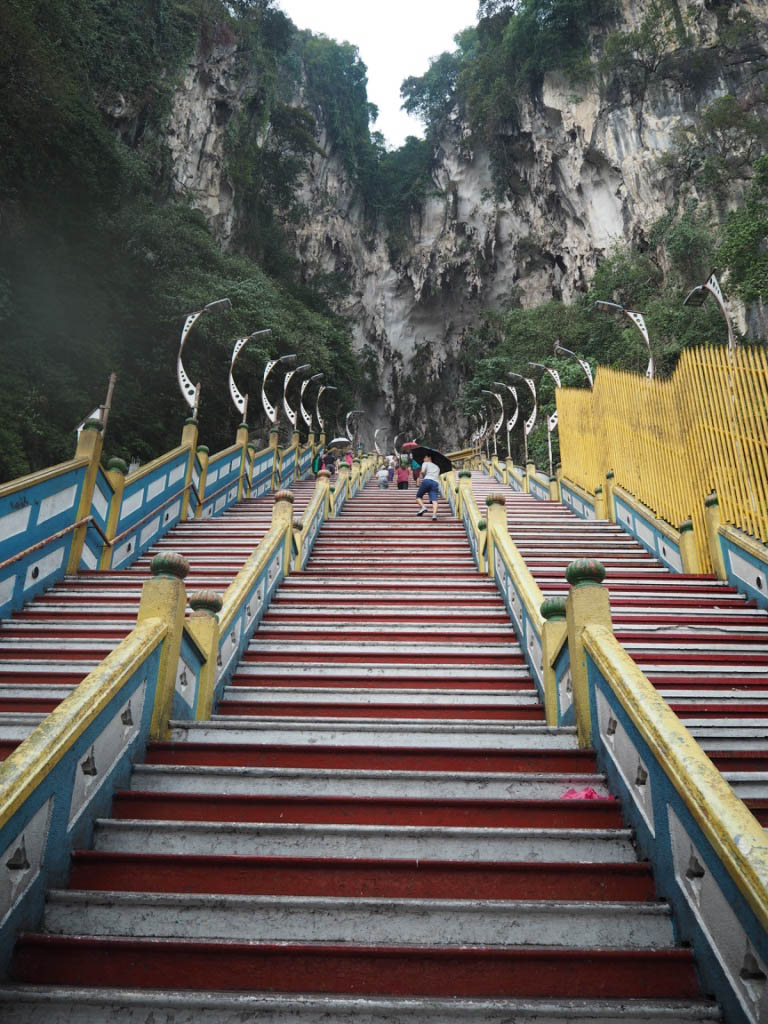 After a lot of gawping, we started to climb the steep stairs up to the Caves; a task that wouldn’t have taken so damn long if there hasn’t been hundreds of cheeky silverleaf monkeys to distract me. These little terrors aren’t afraid of humans at all and they are more than happy to steal food right from the hands of visitors who should know better. They ran in between people’s legs, sliding down bannisters and indulging in quite a lot of *ahem* adult content to the embarrassment of the teenage girl and her mum in our tour group! 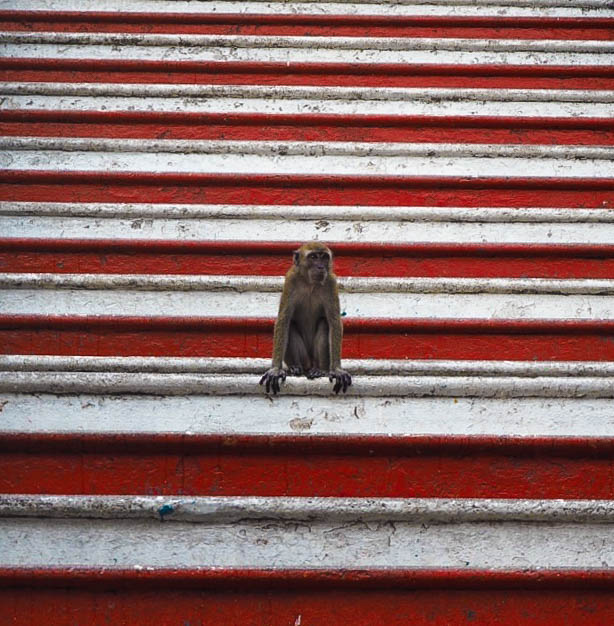 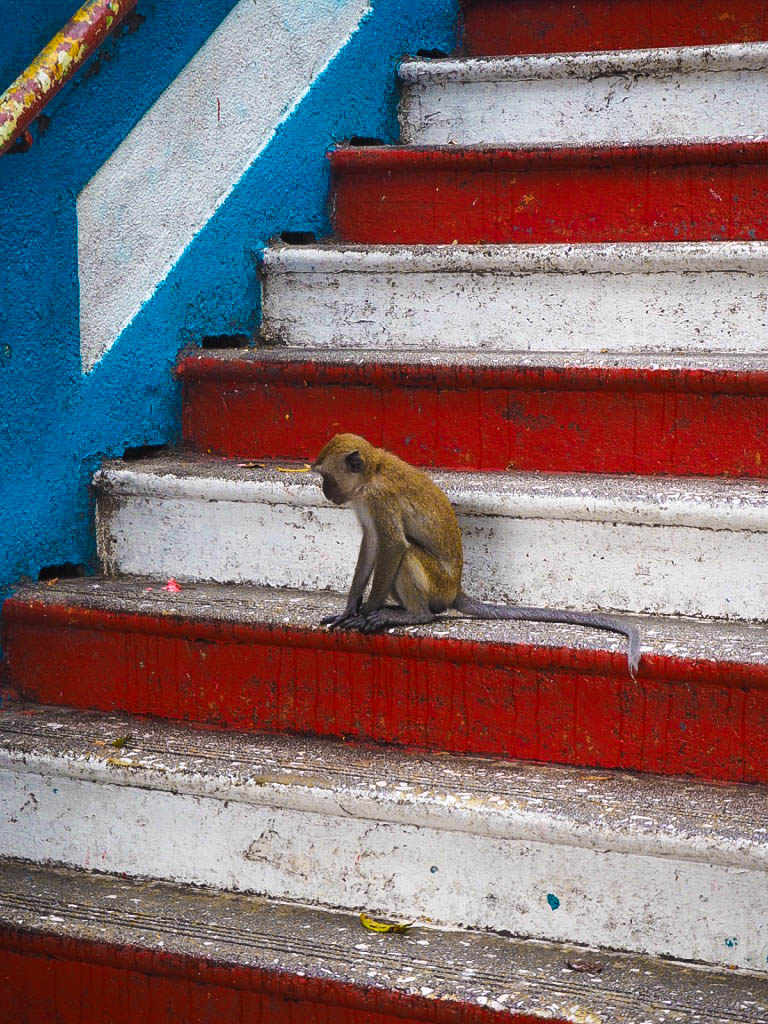 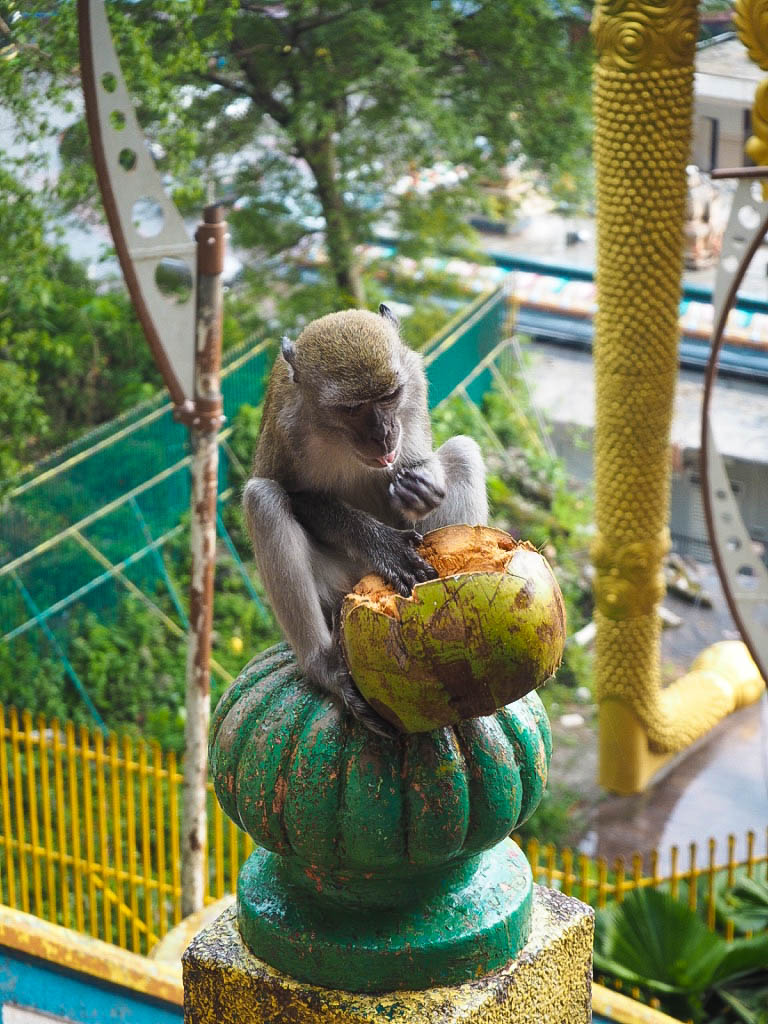 Inside the Caves are numerous shrines and two full sized temples for Hindu worship. It’s a little gaudy all decked out in fairy lights, but the sheer enormity of the caves themselves still made the whole experience really beautiful. Huge rain-worn stalagtites hung precariously over us while we hid from Kuala Lumpur’s daily thunderstorm (until 30 years ago the place was pretty much still a rainforest so immense showers are very frequent despite the heat). 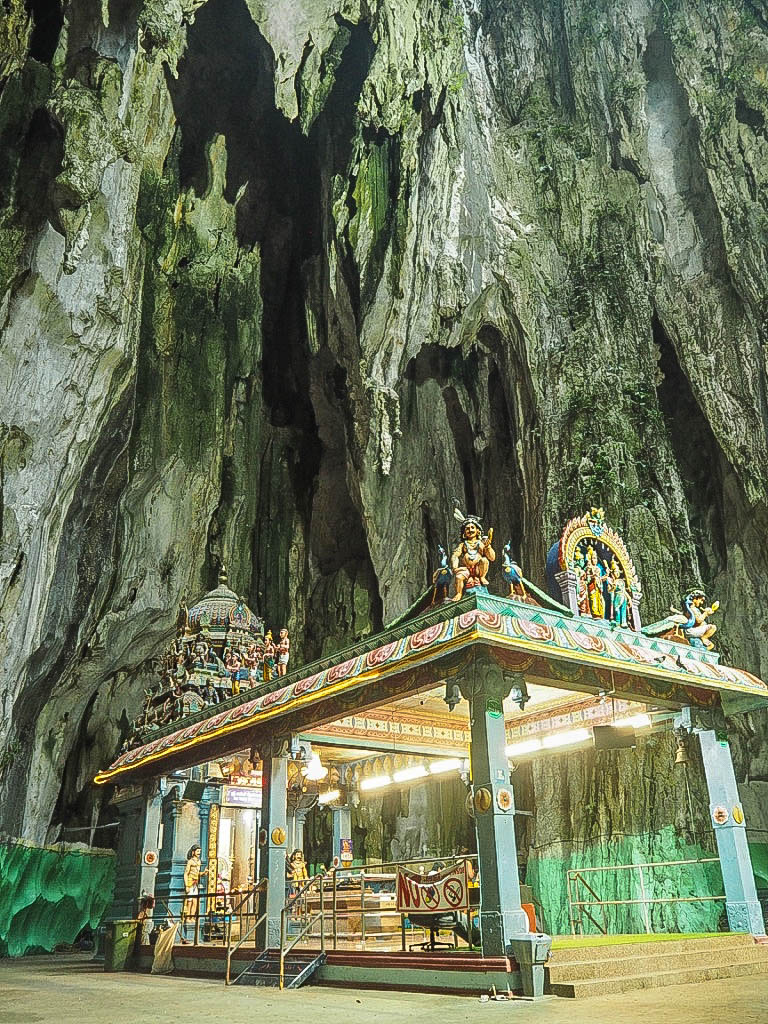 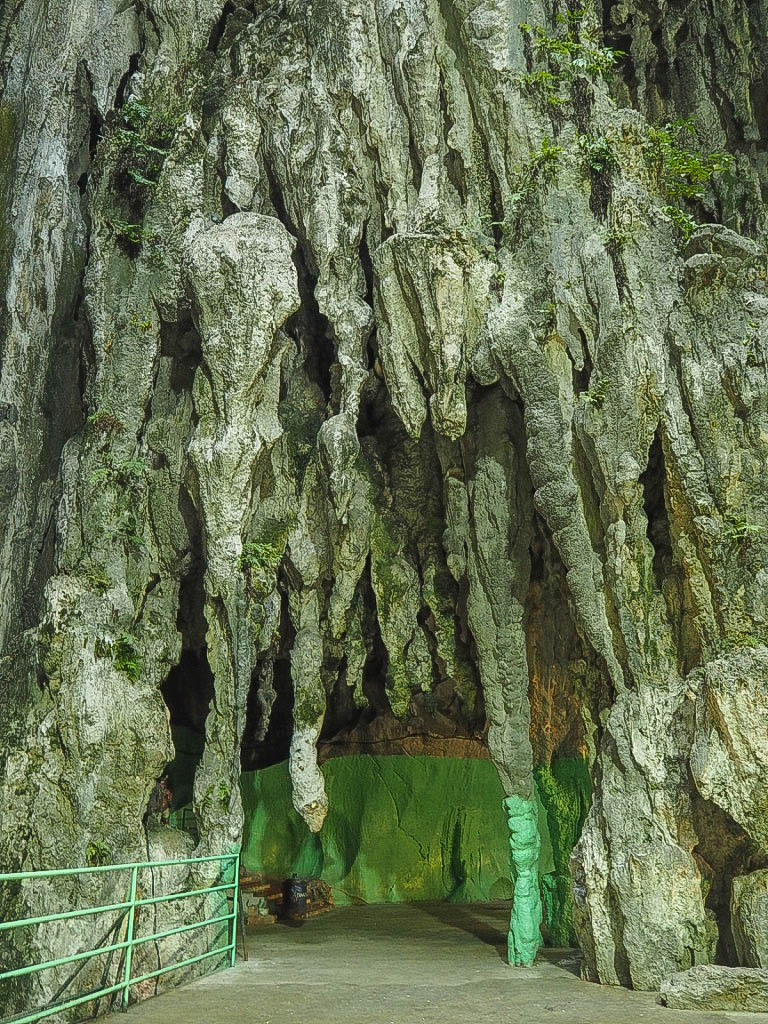 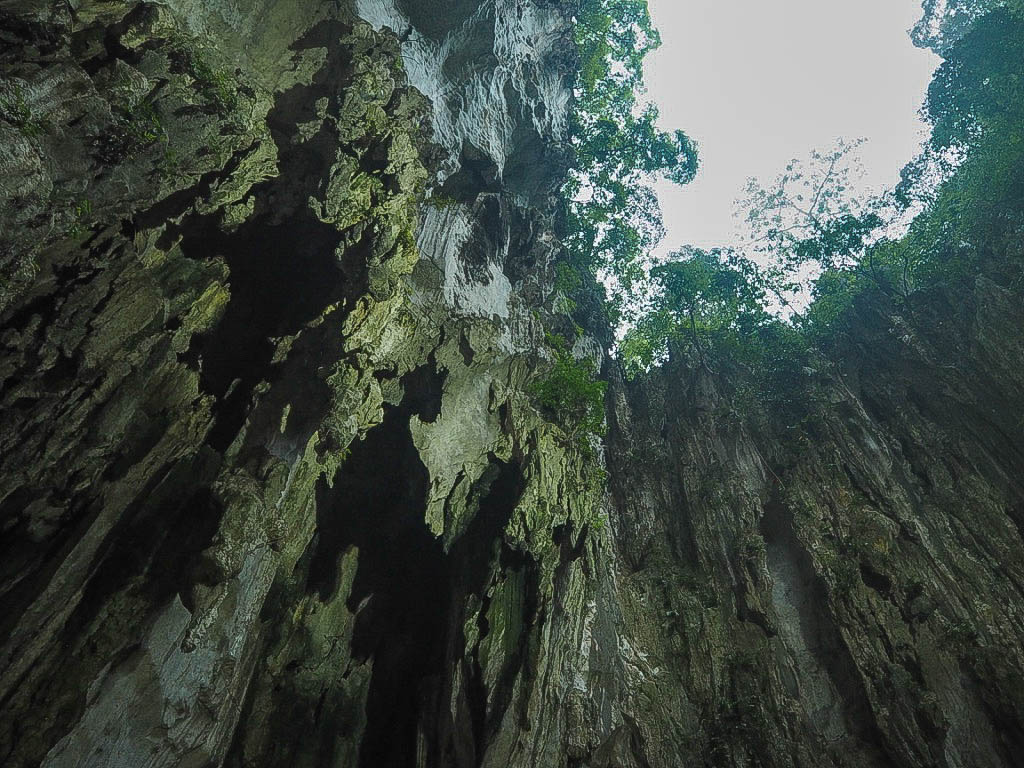 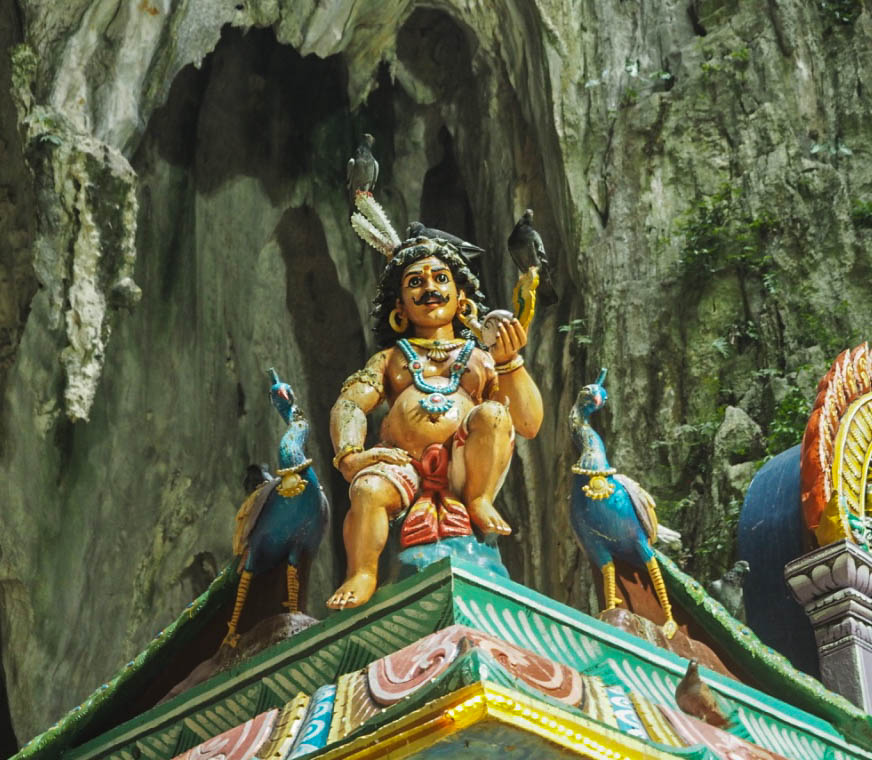 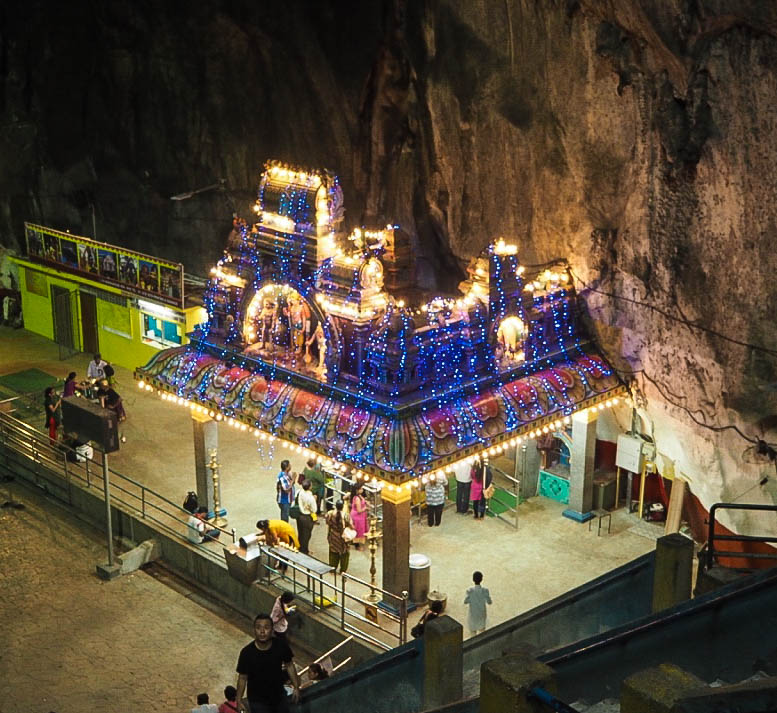 The Batu Caves are something beautiful on the very edge of the city, joining the new with the old and bringing calm to the side of a manic motorway. It beats the hell out of a service station anyway.