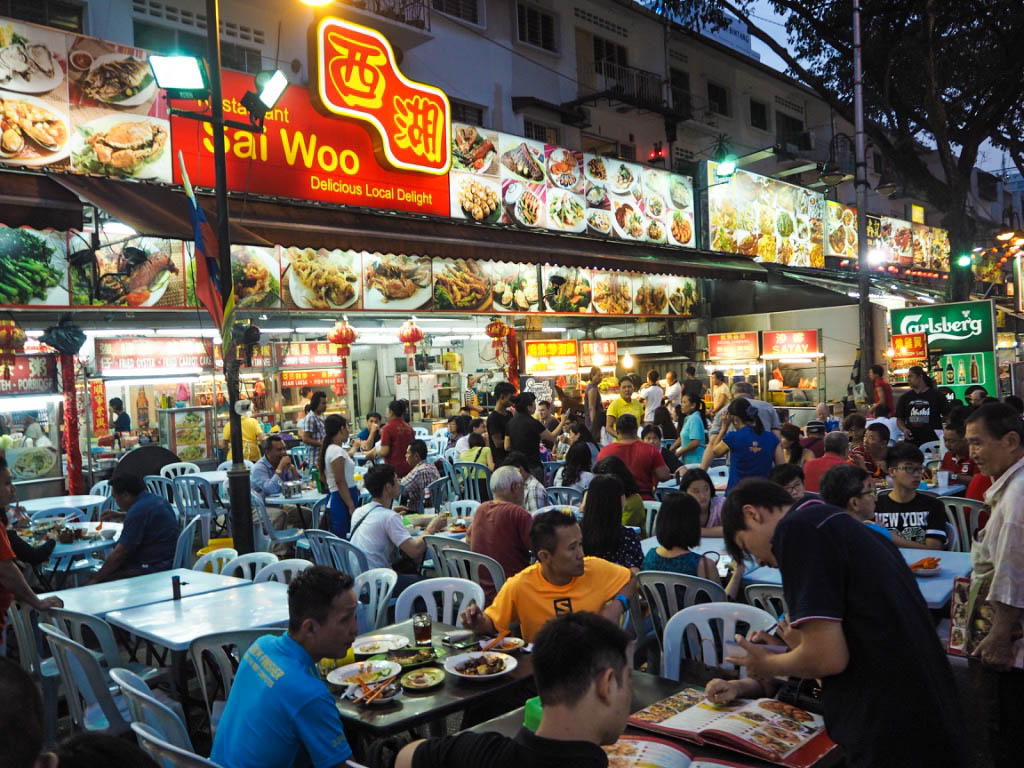 Street food in Asia is something else. OK, we have some great food trucks in London, but you’ll end up spending a small fortune on a pulled pork burger in a brioche bun with duck fat chips and a craft beer whilst standing with every other ‘foodie’ in east London. In Asia, you can hop from stall to stall down any number of roads and alleyways and have some of the best food you’ll ever have for the cost of the small change rattling in your pocket.

Jalan Alor is a long road in the Bukit Bintang area of Kuala Lumpur and home to the city’s largest selection of street food stalls and restaurants, which sounds like my idea of dinnertime heaven. After a busy day at the Batu Caves I’d got chatting to a fellow traveller, Liz, and we got our tour bus driver to drop us off so we could get to stuffing our faces. 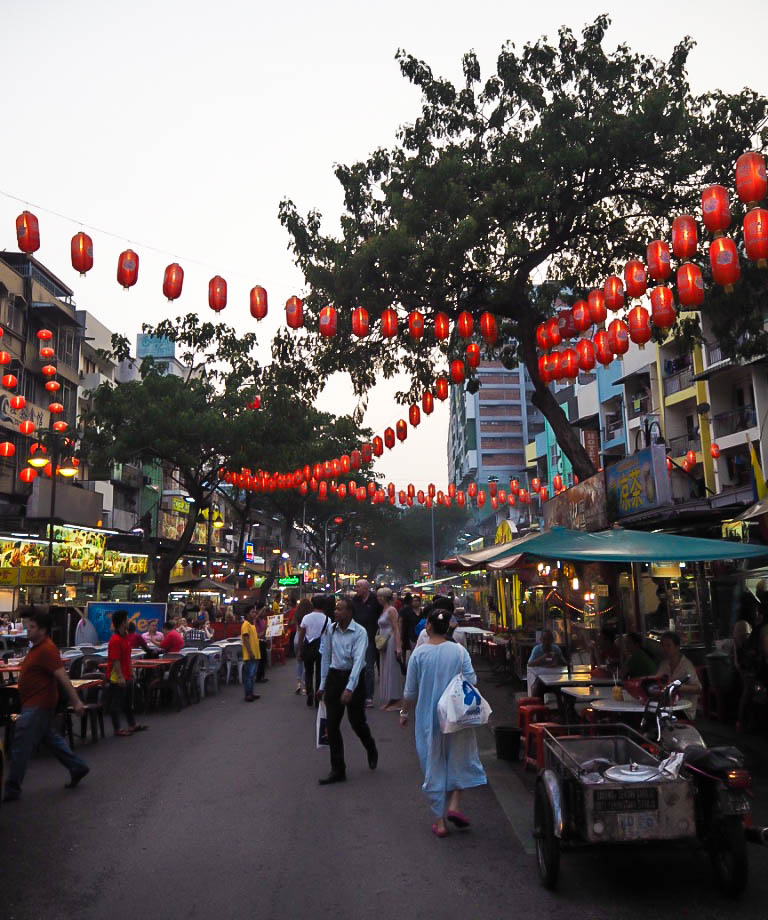 To paraphrase Cher from Clueless, we did a circuit before committing to a location, which gave me time to peruse everything on offer and spot the slightly more…interesting items on offer including frogs on sticks and deep fried chicken gizzards, on top of the famous durian fruits which apparently ‘taste like heaven, smell like hell’. 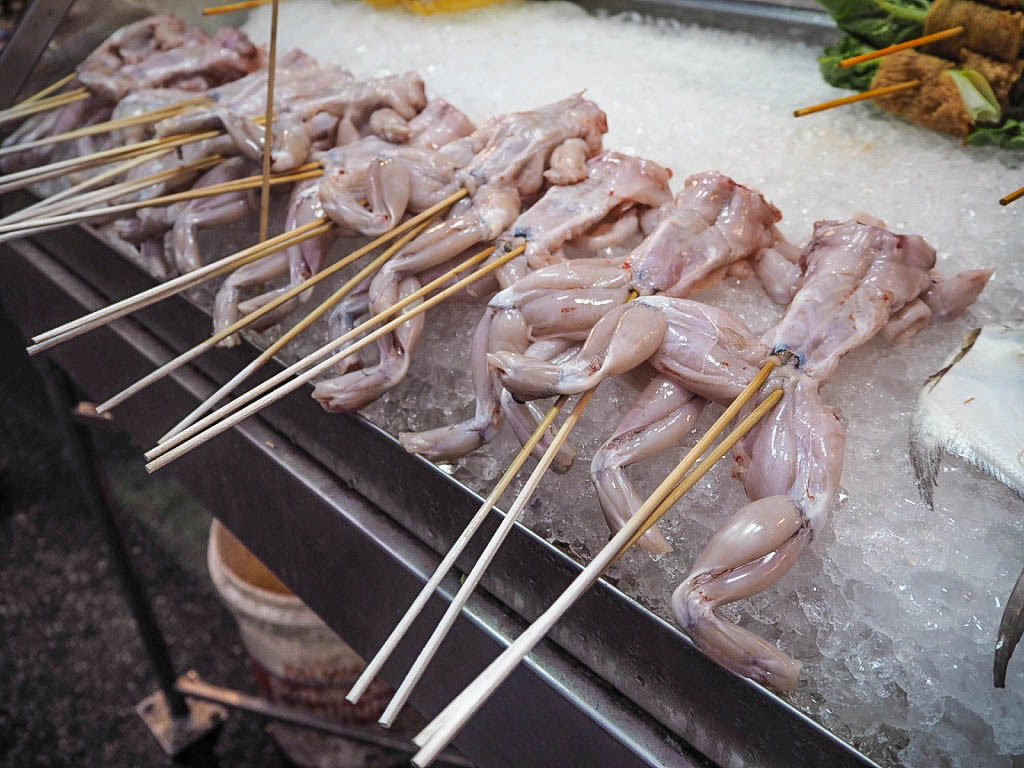 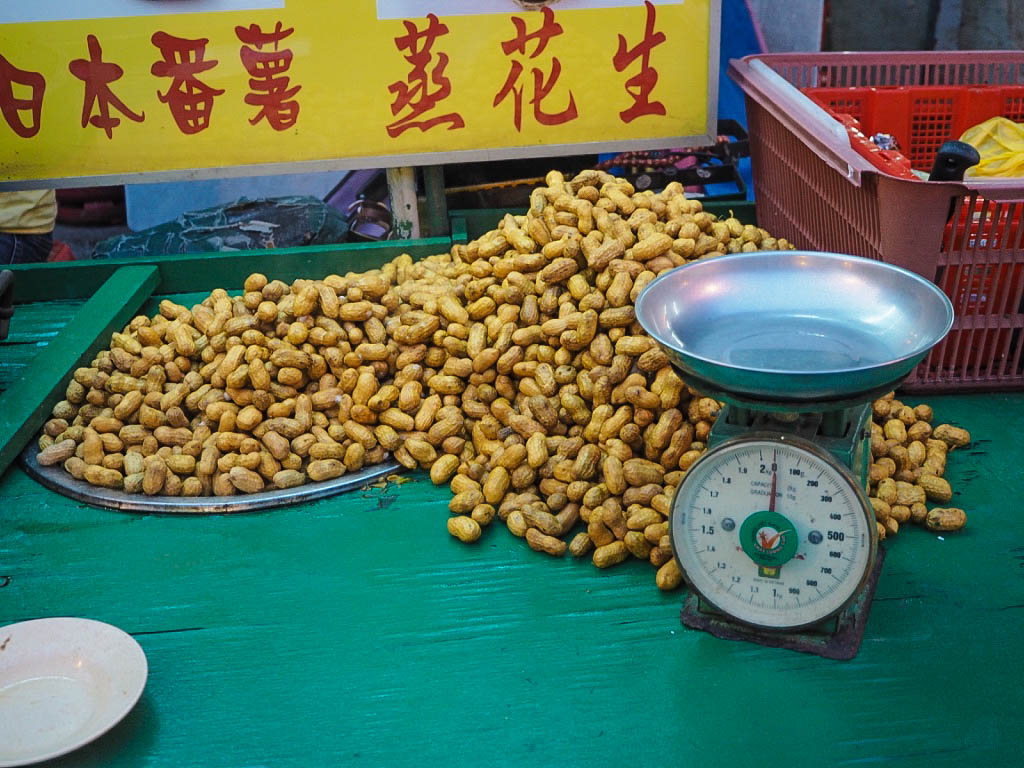 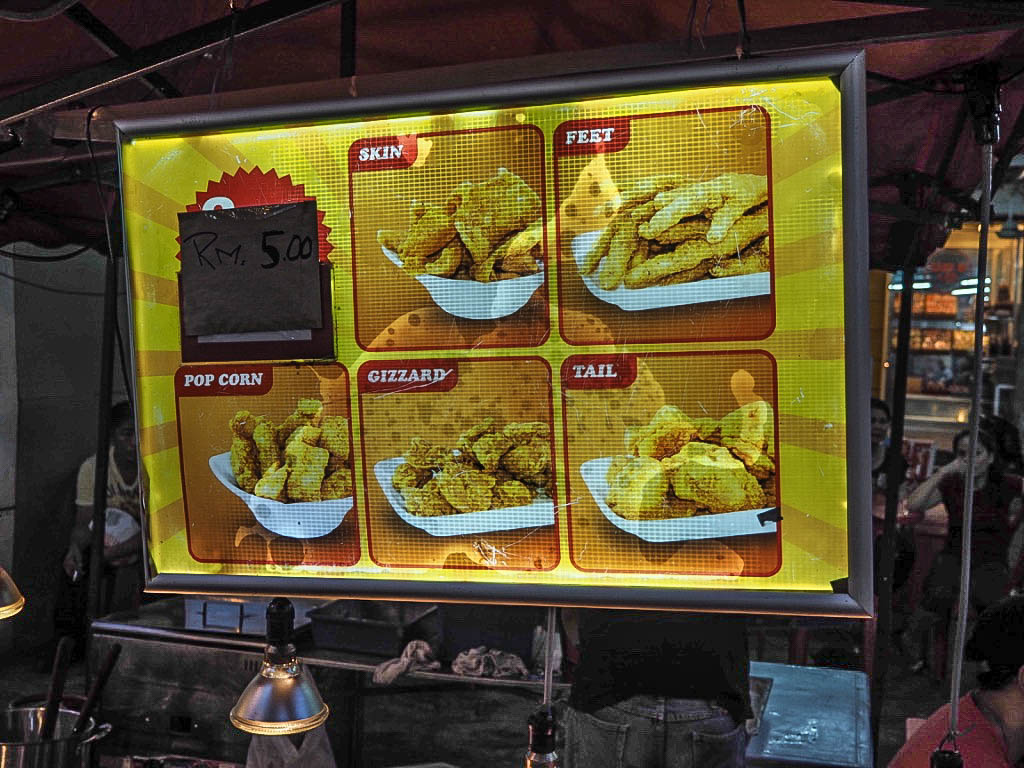 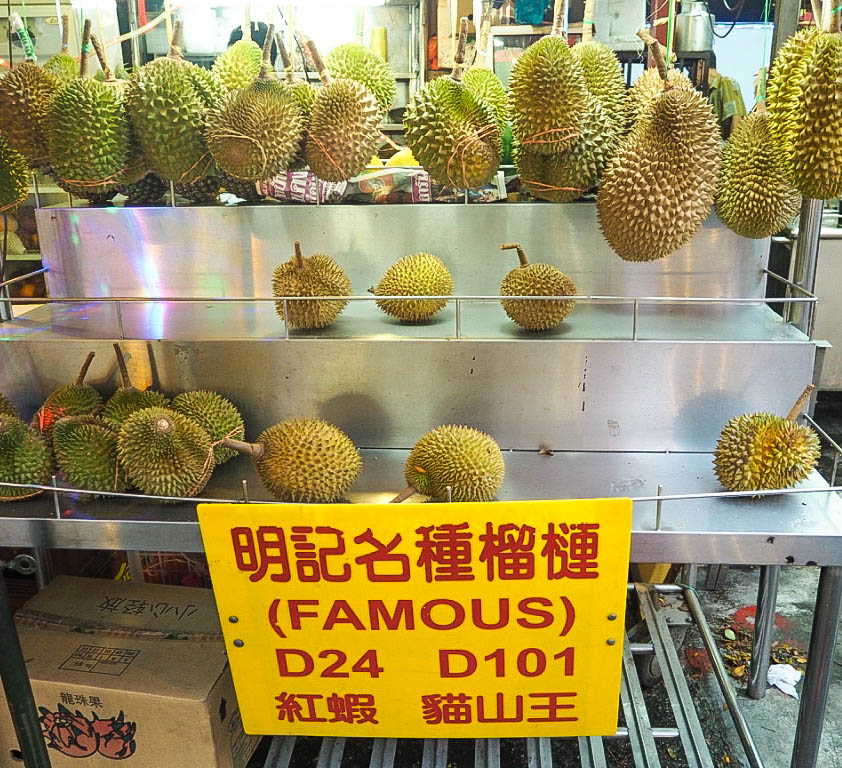 I’d eaten a load of vegetable curry at the Caves so wasn’t massively hungry, but giant steamers filled with multi-coloured dim sum seemed like a decent excuse to force more food down my throat. It was five for the equivalent of £1.50 – all were pork based but mixed with something else. I went for yam, wine, shrimp, cabbage and plain. A good mix of sweet and sour with a super rich plum sauce to dip them in. I couldn’t pass up a 30p pork char siu bun either – I took it back to my hotel for a midnight snack! 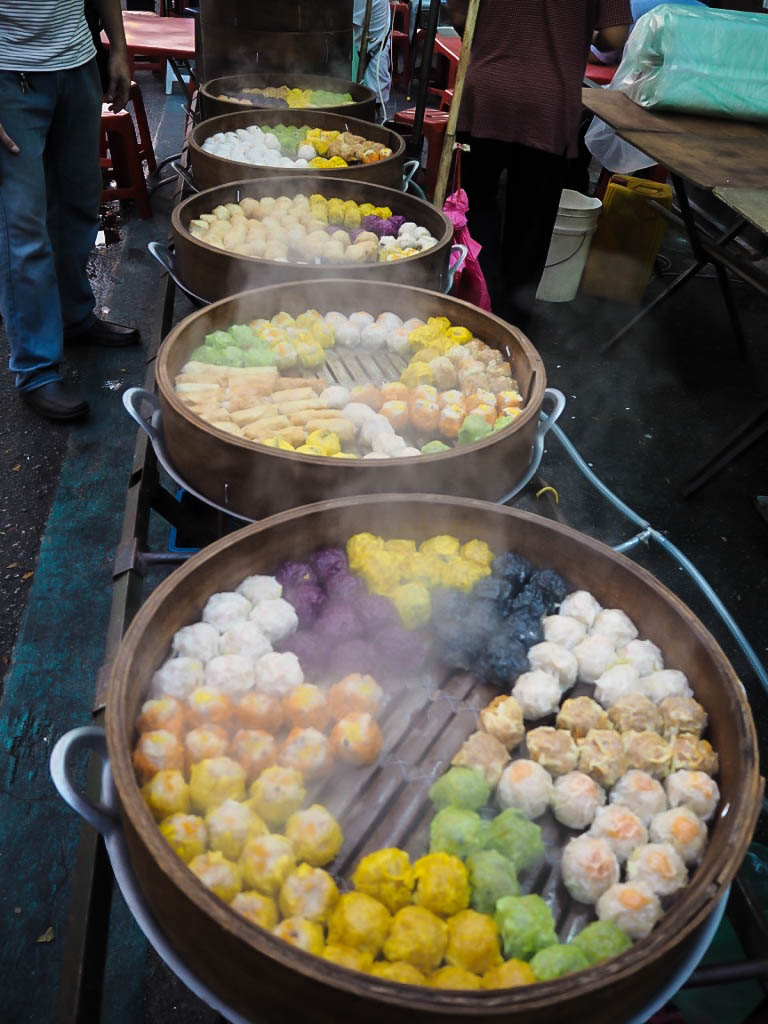 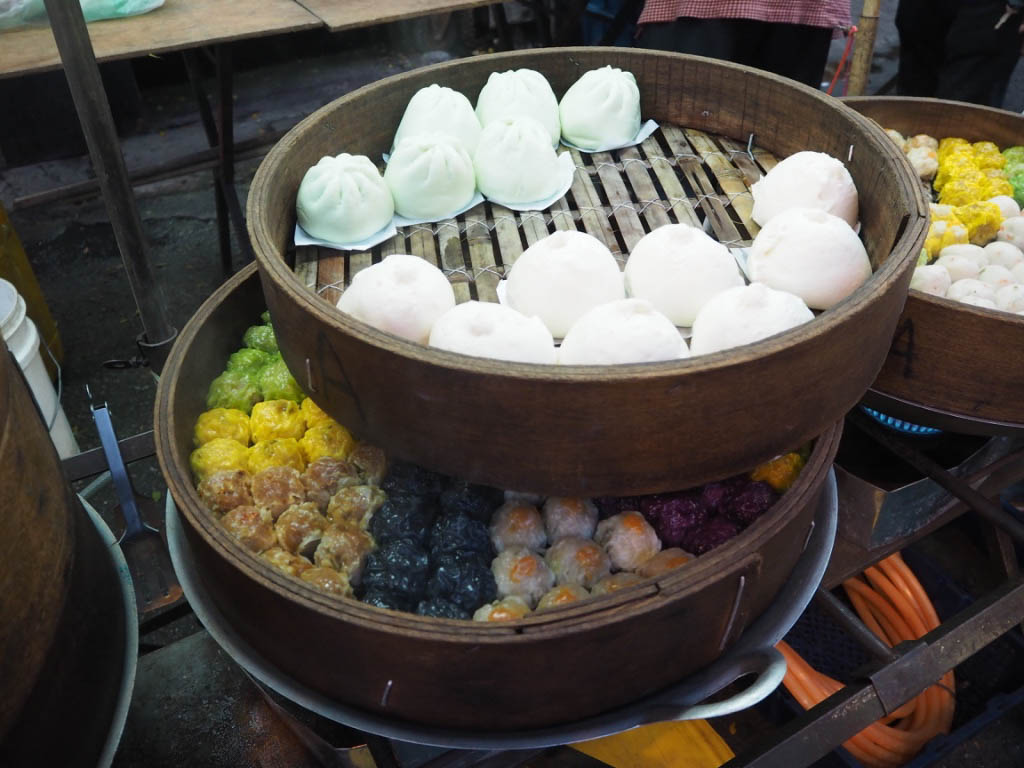 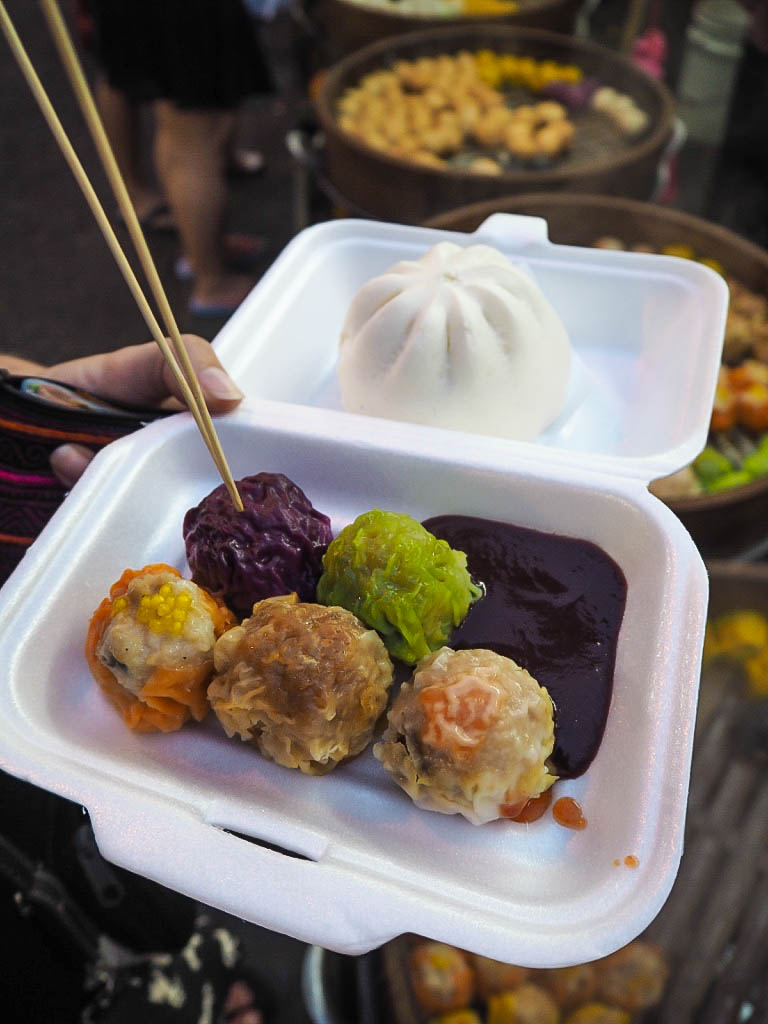 Having carb-loaded, I want something sugary and saw signs for frozen ice cream. Having no idea what I was getting myself into, I just ordered a plain vanilla and the guy poured the mixture into a bowl that I believe had liquid nitrogen underneath it cooling it as he went. He mixed and chopped it up, until scraping it off in curls to place neatly in a bowl. Not quite a Cornetto, but it did the trick! 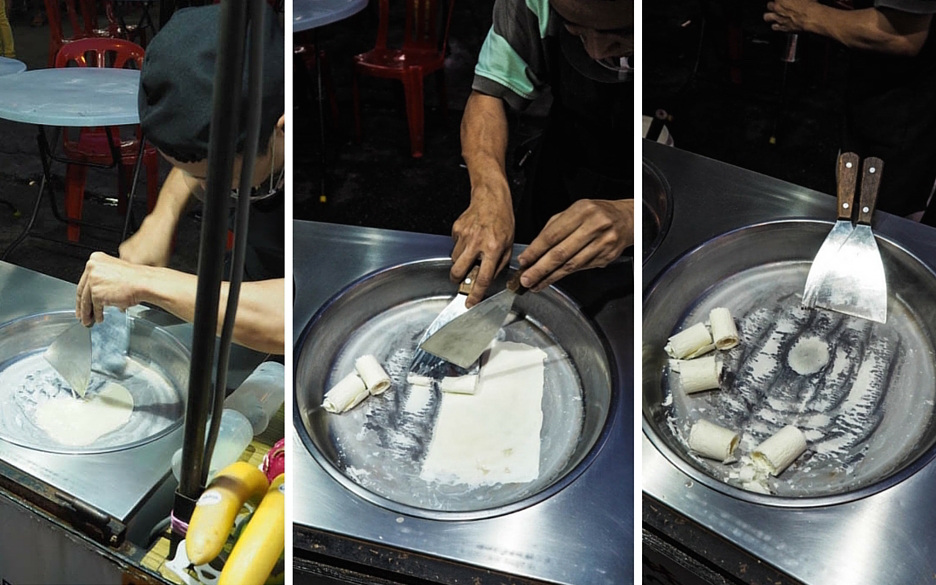 By the time we left, the area was packed to the rafters with locals and tourists drinking a beer by the side of the road or sharing a bowl of chickens feet together. With lanterns on and music playing, it had a homely but hectic vibe, leading onto the nearby streets full of more traditional bars shouting about their various happy hour deals. It’s clearly the place to be to go ‘out-out’ in KL, but maybe I’ll try that next time. My food baby demanded that I went to sleep instead!