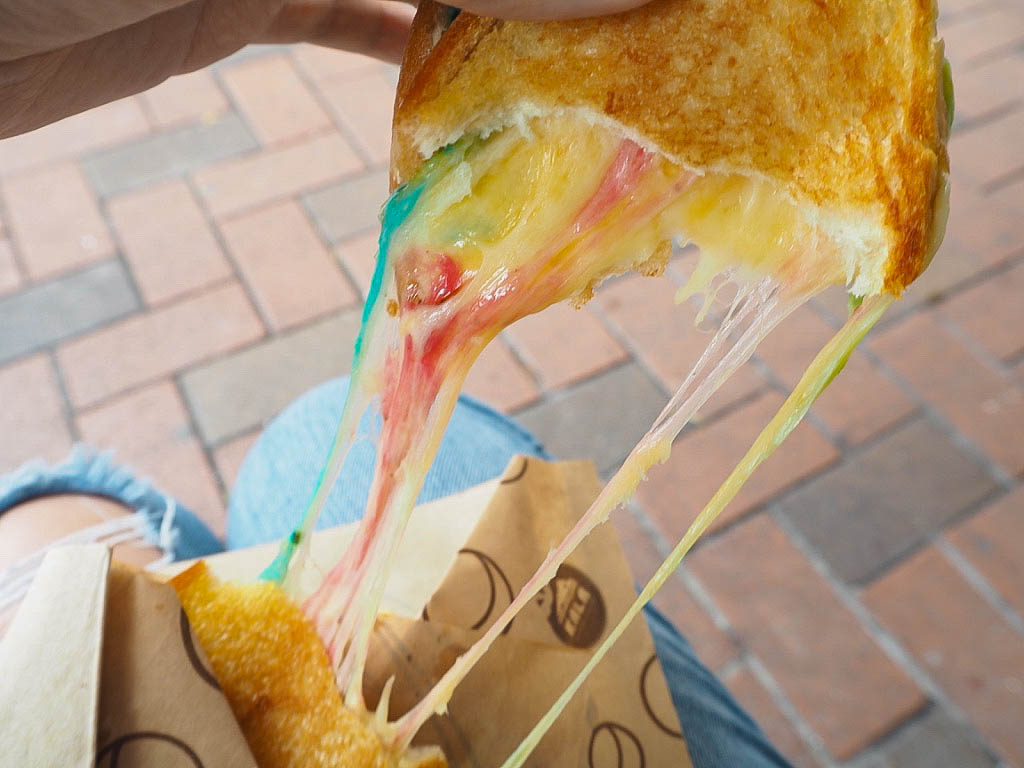 OK, I like a food craze. I’ve eaten a cronut, I’ve queued around the block for the latest burger joint and had a panic attack in a dining in the dark restaurant (smooth). When links about the unicorn toastie started doing the rounds it obviously caught my attention, but this time it wasn’t in London. It was in Hong Kong and, lo and behold, so was I! 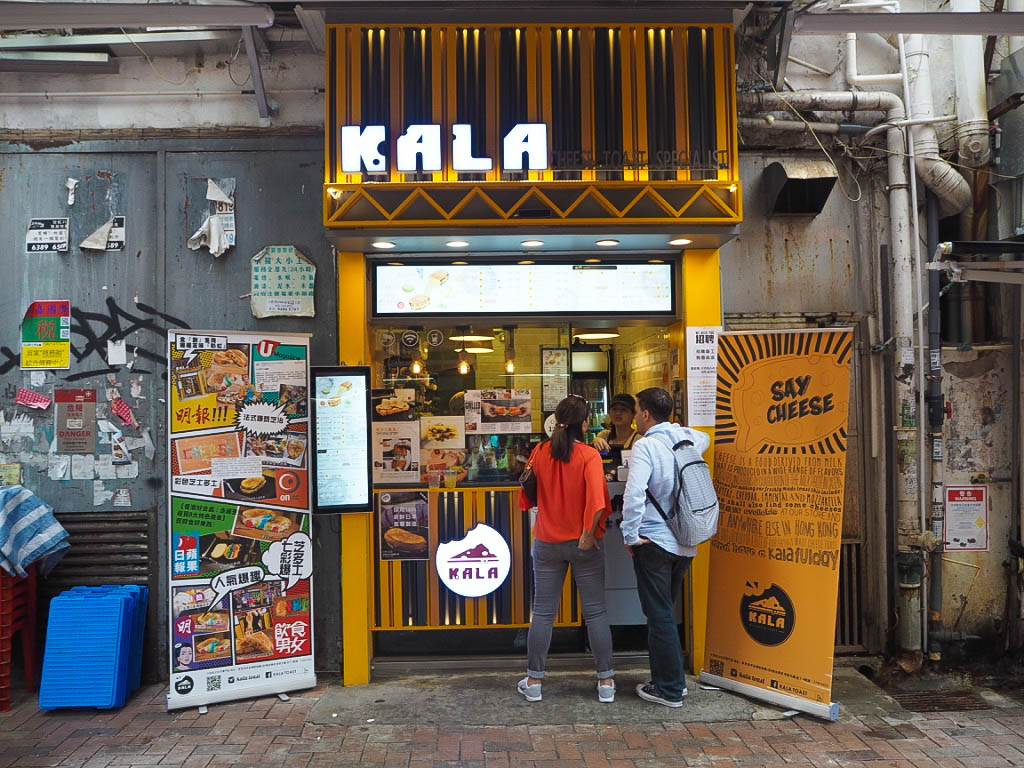 With two weeks in the city, I had a few spare days so I picked one Thursday morning to catch the train out to Tsuen Wan. It took 40 minutes to get to the end of the line, but thankfully Citymapper works in Hong Kong and with a local SIM card in my phone I had a vague idea of where I was going. It’s not a touristy part of town and I found KALA Toast down a small street flanked by local dim sum restaurants that didn’t look anywhere near as appetising. 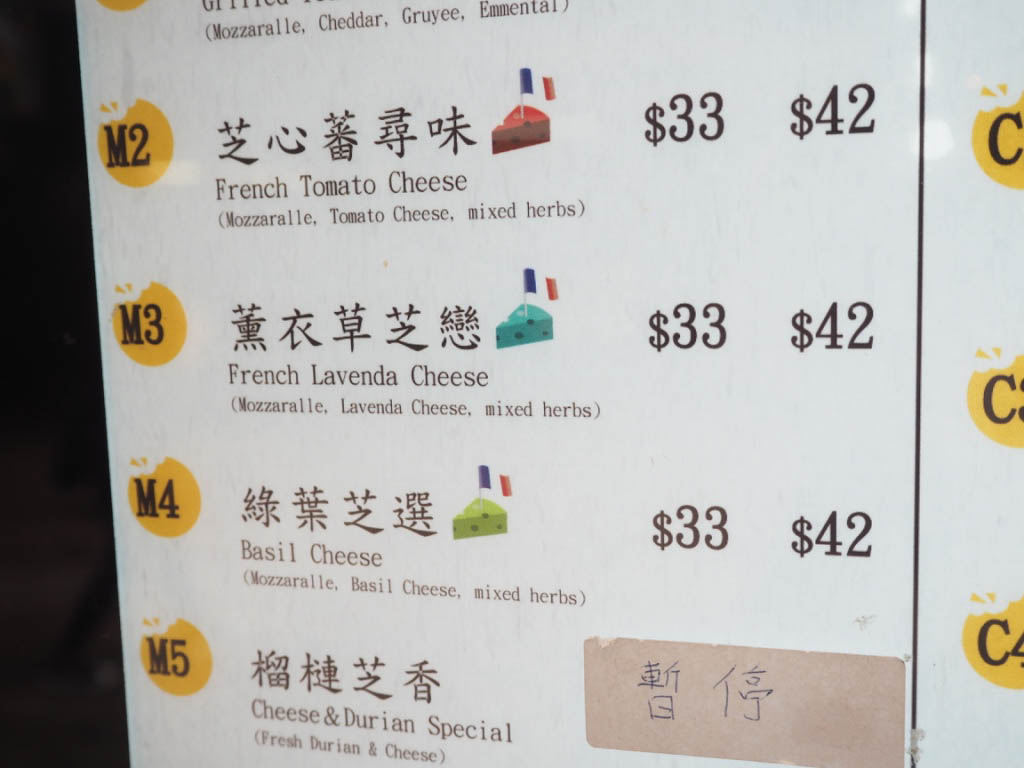 There is a huge variety of toasted sandwiches on offer, but the signs everywhere let it be known that the French Lavender Cheese was their most popular, and it was what I’d come for. The rainbow colours from the flavours infused with the cheese: blue with lavender, green with basil and red with tomato. 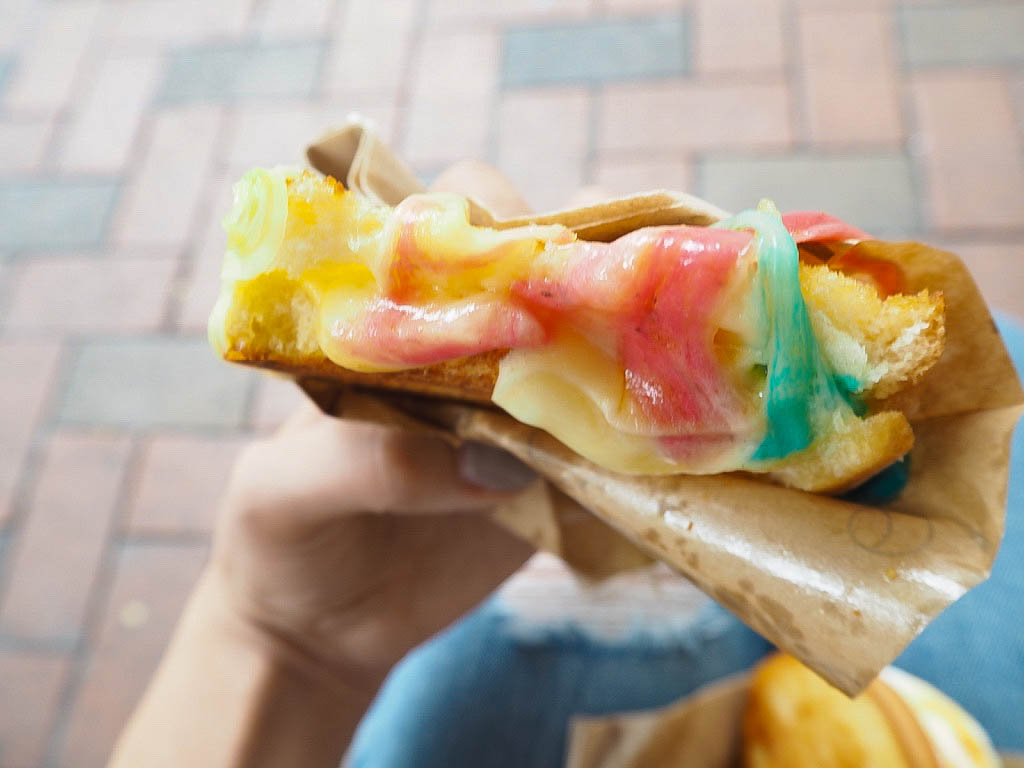 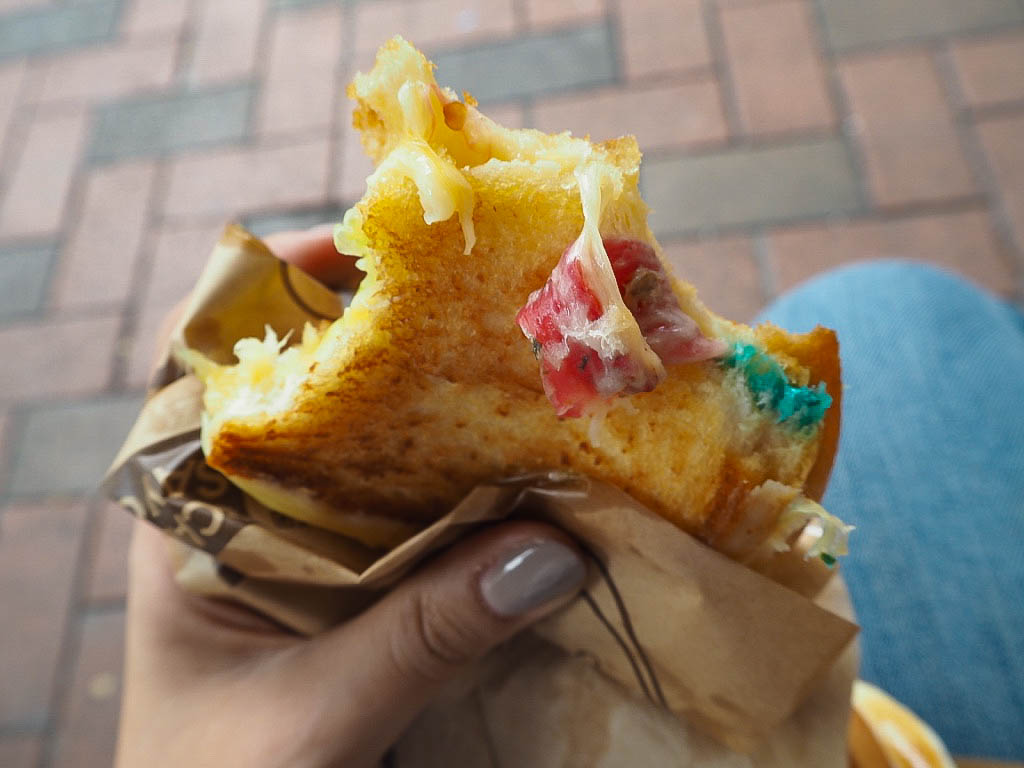 I was wary of the flavours being overpowering but they are very subtle – the selling point is ultimately the colours. The sandwich is made up of four cheeses: mozzarella, gruyere, cheddar and emmental, which is what notches it up the taste scale. 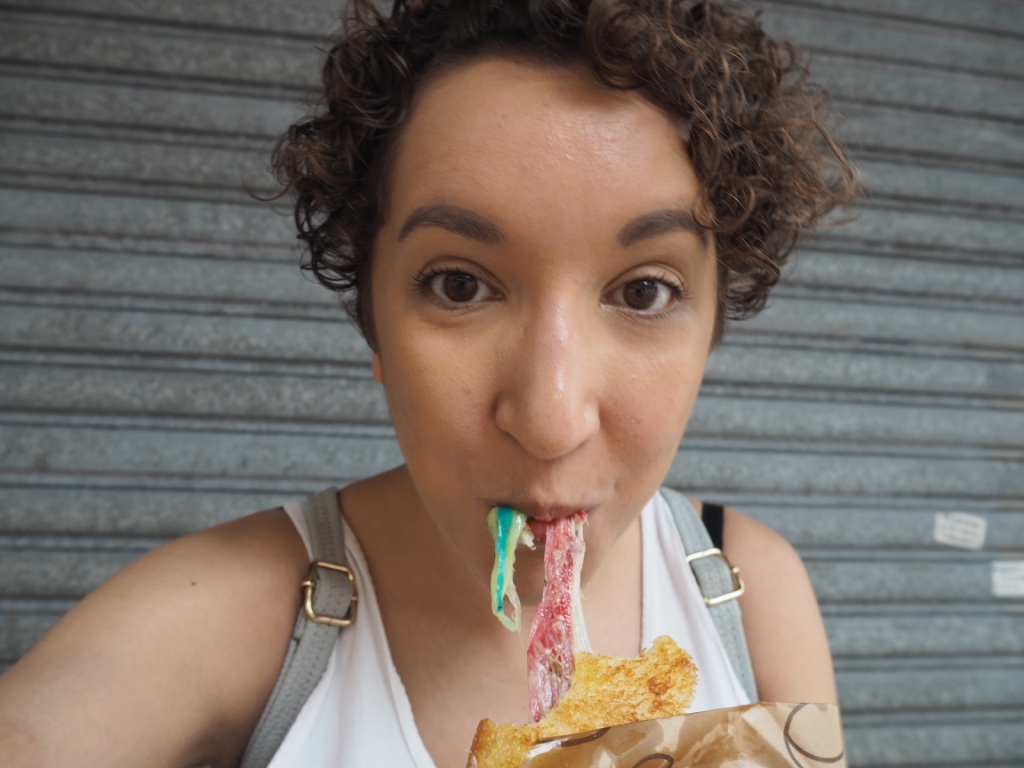 The toastie was my breakfast and I was conscious that I may not actually like it (lavender in a hand cream = yes, lavender in my breakfast = no), so I hedged my bets and also ordered the Snow Ball: Nutella, banana and marshmallows. In hindsight, it wasn’t the most sensible idea but I’m in a constant state of worrying about being hungry, and my stomach spoke above sense. As it happens, marshmallows in toast is a god damn revelation and I demand it on a more regular basis. 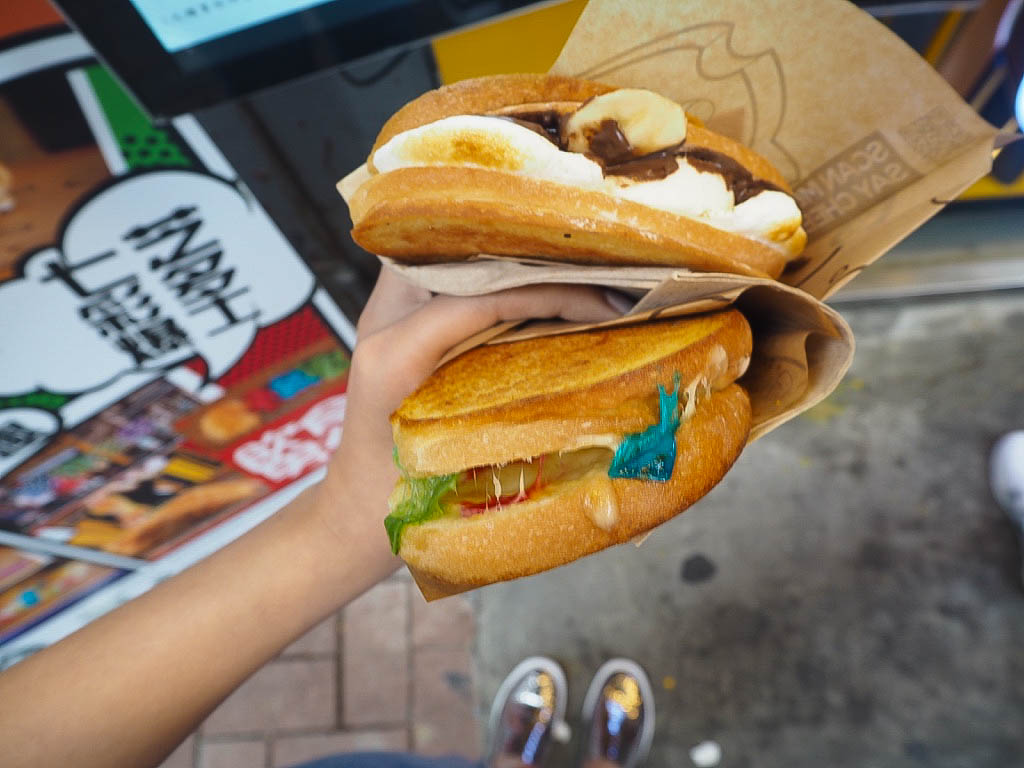 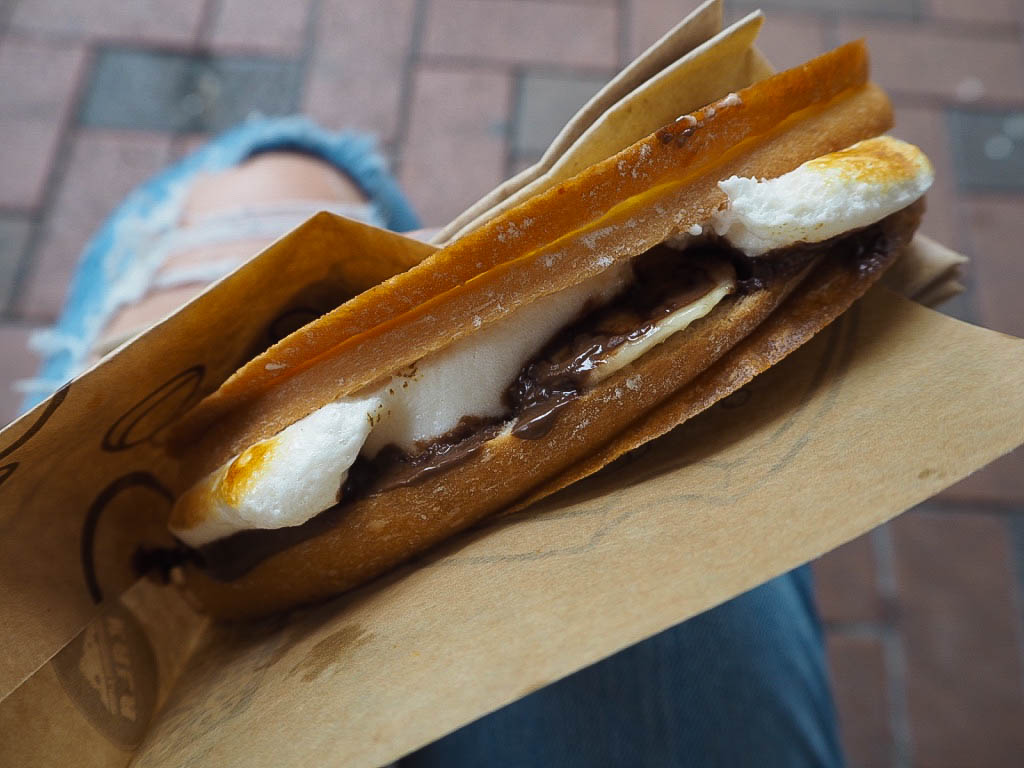 My name is Charlie and I trekked to middle-of-nowhere Hong Kong to Instagram a sandwich. A new level of ridiculous? Maybe. Worth it? Definitely.