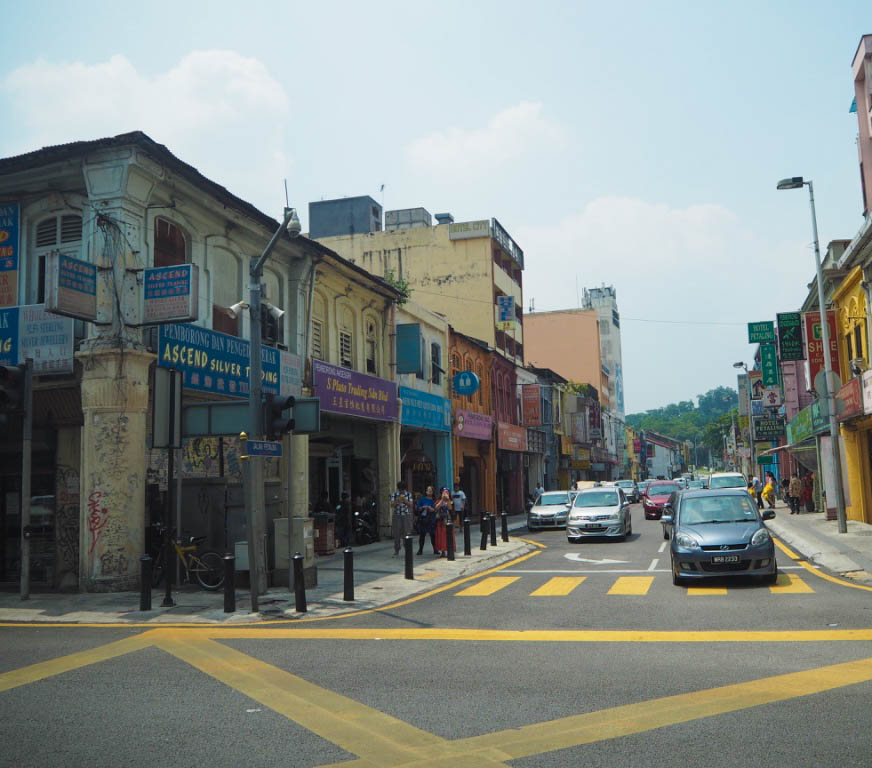 Kuala Lumpur is a magically diverse city. People of Malay, Chinese and Indian heritage; Hindu temples, Christian churches and Muslim mosques practically right next to each other. So, unlike Chinatown in any other country I’ve been in, KL’s version is incredibly diverse and goes beyond the lanterns and dragons you’d expect to see.
After a morning walking around, here’s the top five things you should see when you visit: 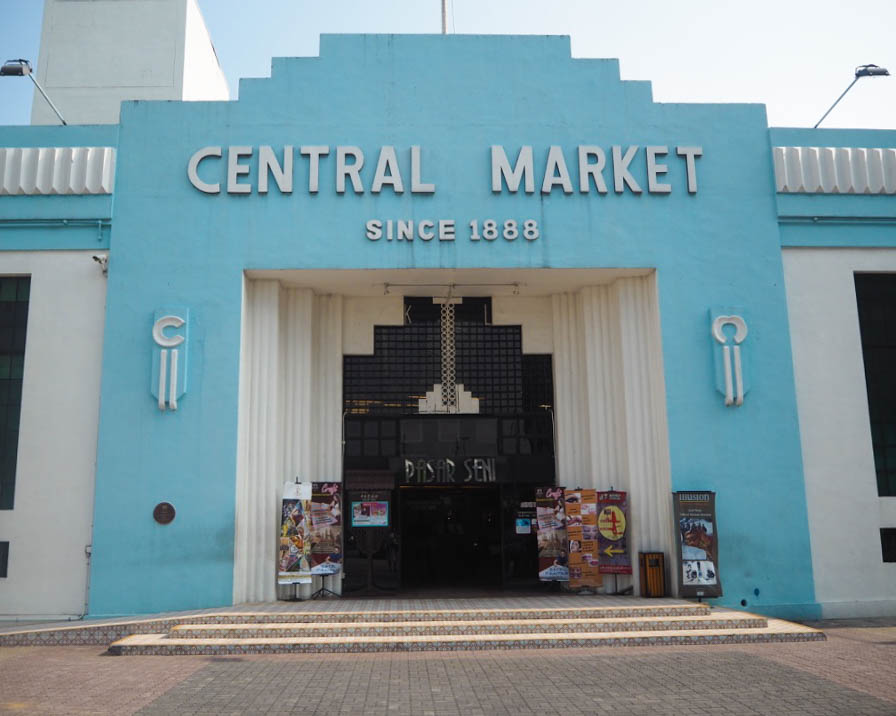 My Instagram sirens went into overdrive when I saw the brightly coloured art deco building for Central Market. Inside is a huge array of independent stores, thankfully going beyond the standard tourist tat I was expecting. If you’re looking for something authentically Malaysian, there are a loads of Batik stalls selling prints and scarfs and dresses with beautiful designs. 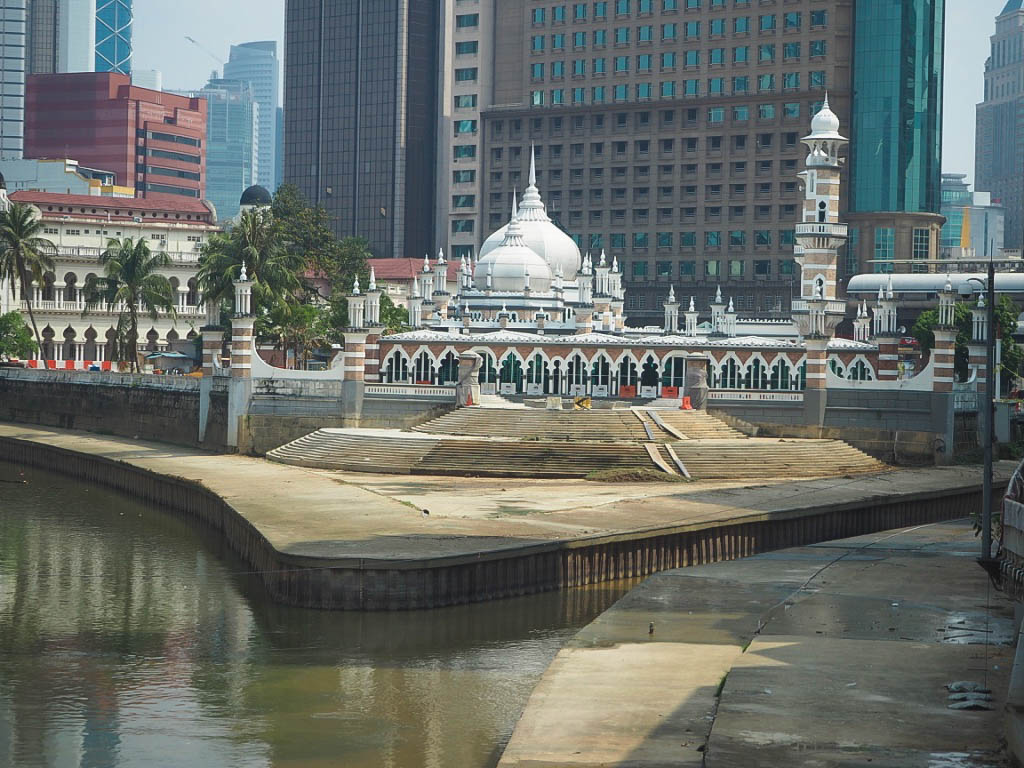 Masjid Jamek mosque is really beautiful with its double-domed roof and if you’re dressed conservatively, you can go inside when prayers aren’t on. It’s situated where the Gombak and Klang rivers come together, giving the city its name (Kuala: where two rivers meet, Lumpur: brown water), so that’s two photo opportunities in one. 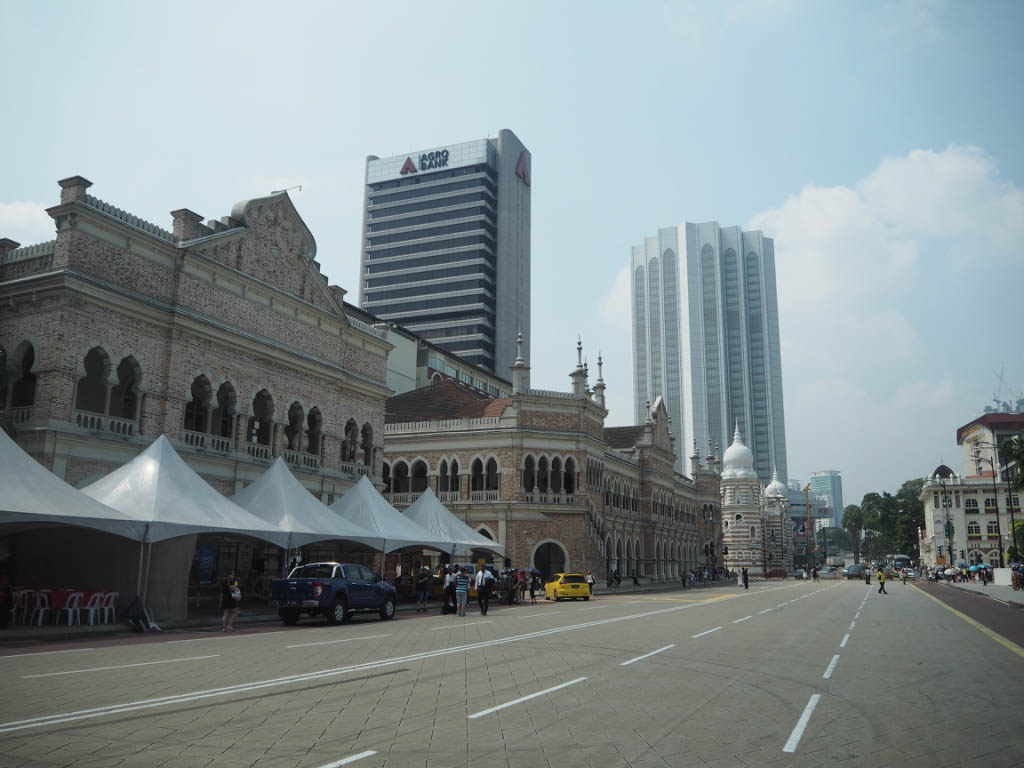 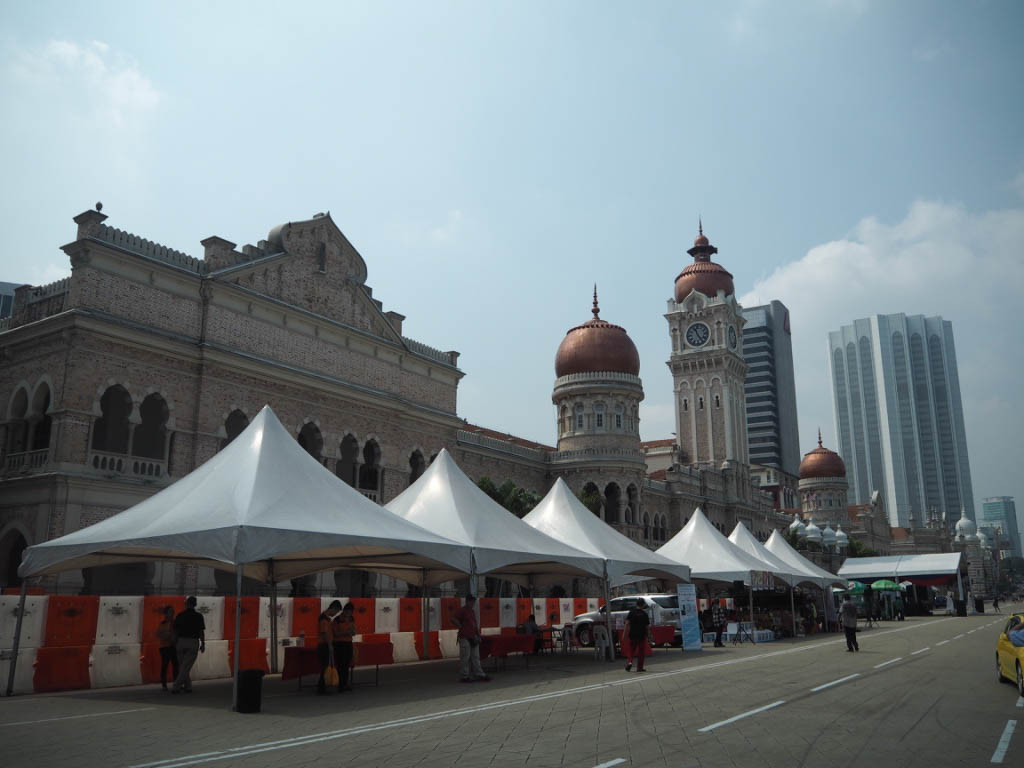 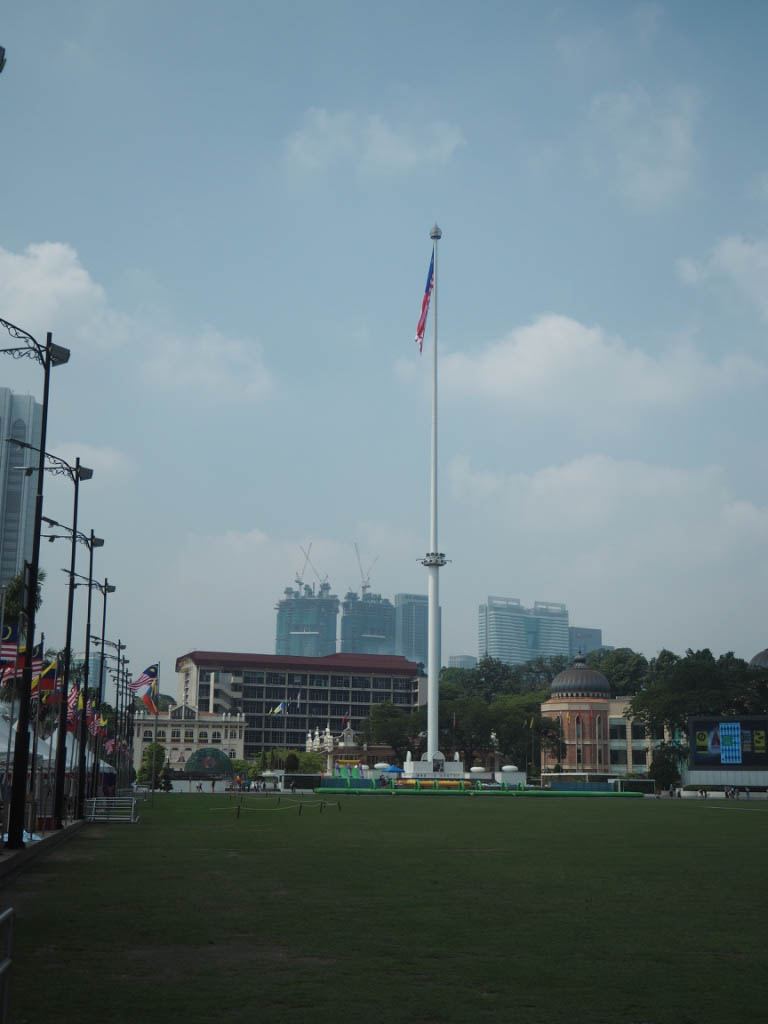 Next year, Kuala Lumpur will celebrate 60 years of independence and it totally blows my mind that it’s gone through such political change in very recent history. Merdeka Square is where the country first claimed independence, lowering the British flag and raising the one for the Malayan States instead. The Sultan Abdul Samad building is the most iconic structure around the edge of the square, as well as the huge flagpole still in the middle of the square. 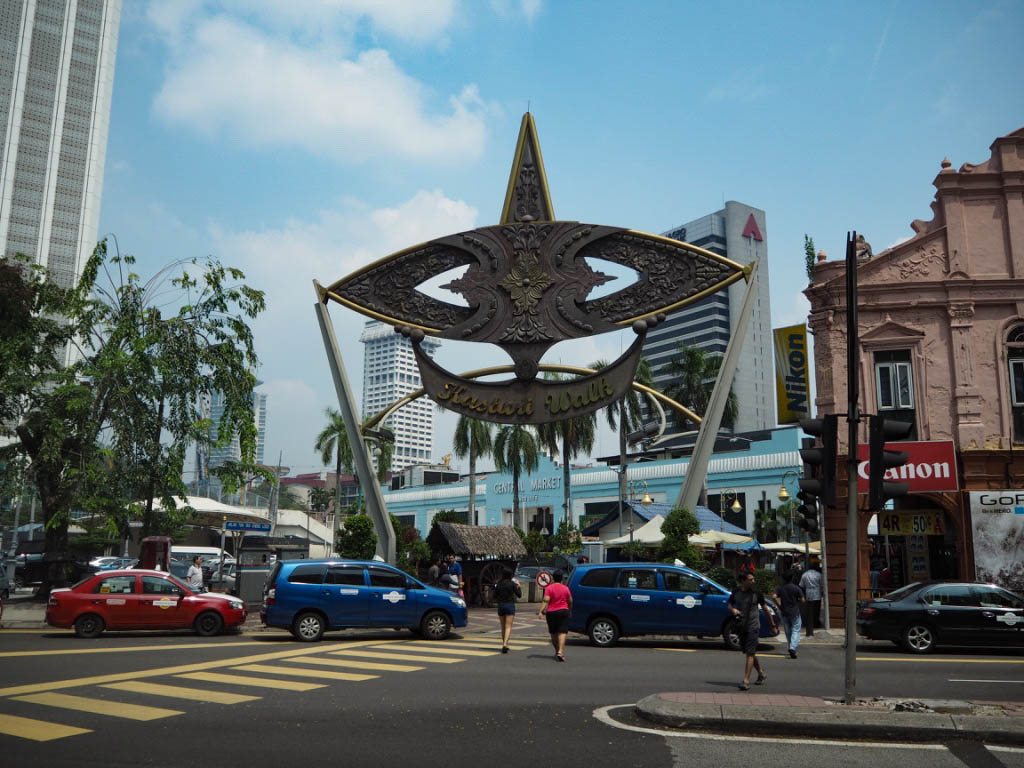 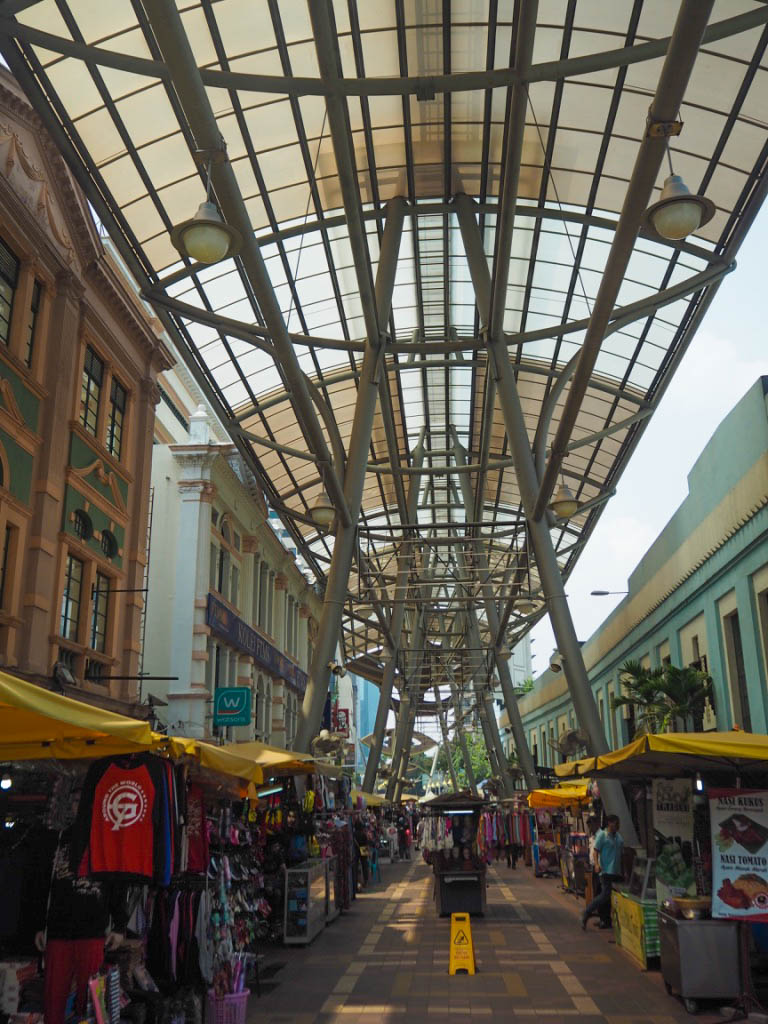 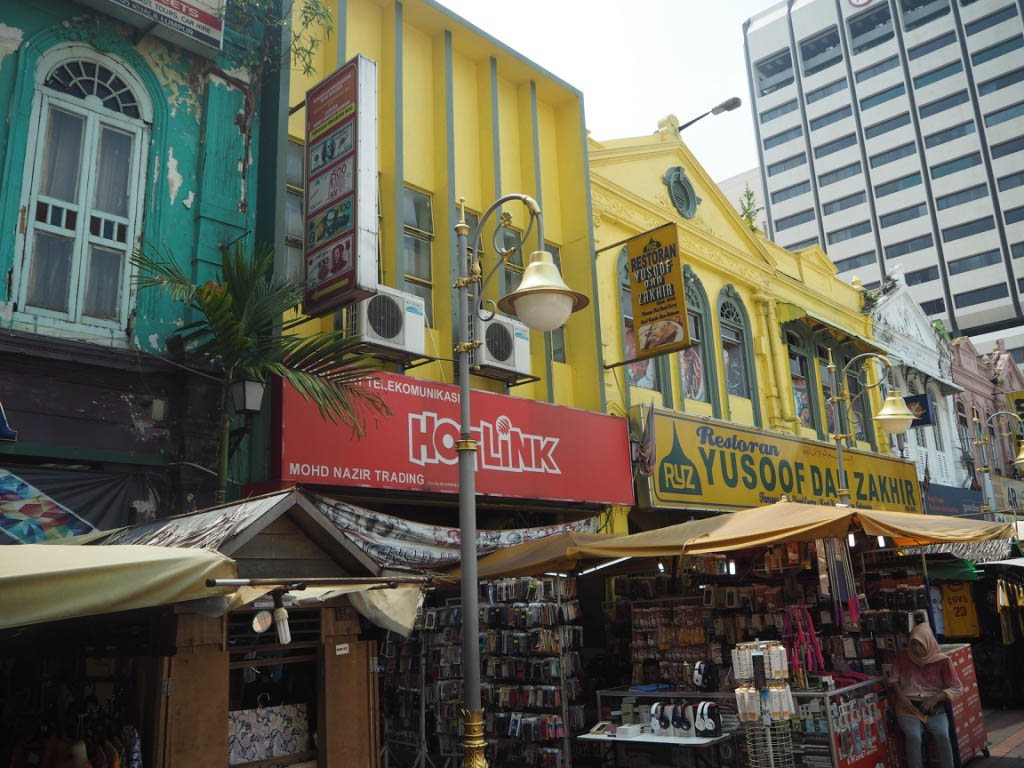 Kasturi Walk is a row of shops next to Central Market is covered by arches and flanked by cute shop fronts with colourful shutters. There’s a few places to grab fresh juices too which when it’s 32 degrees by 9am, replaces your caffeine craving with a fiery strength. 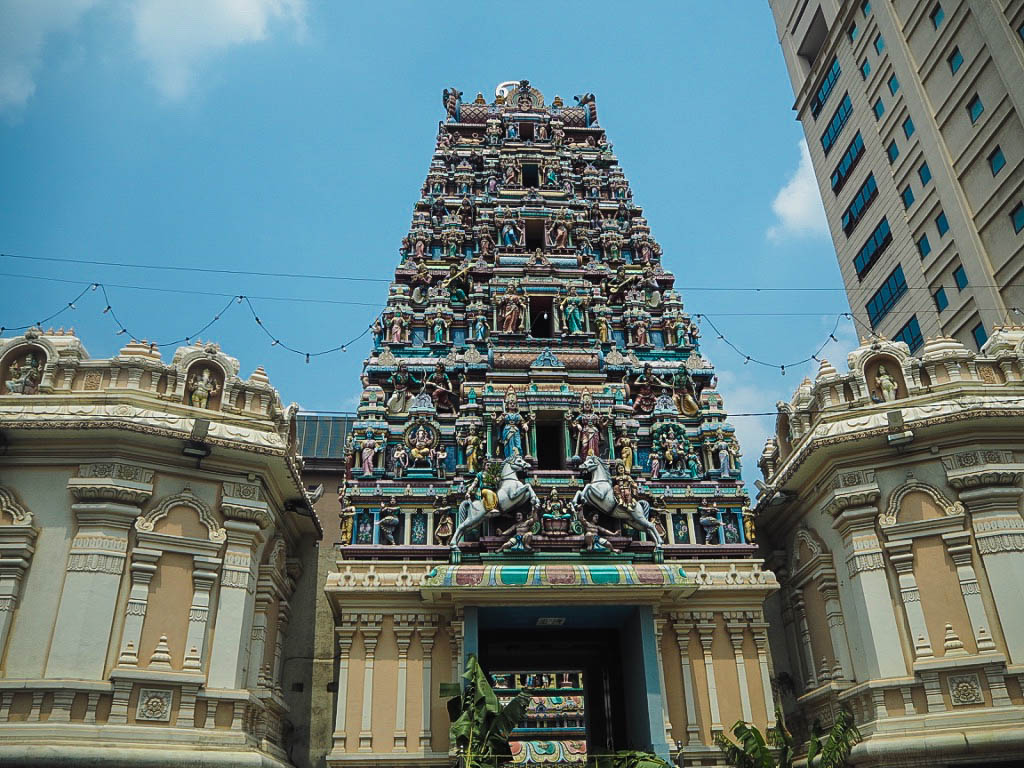 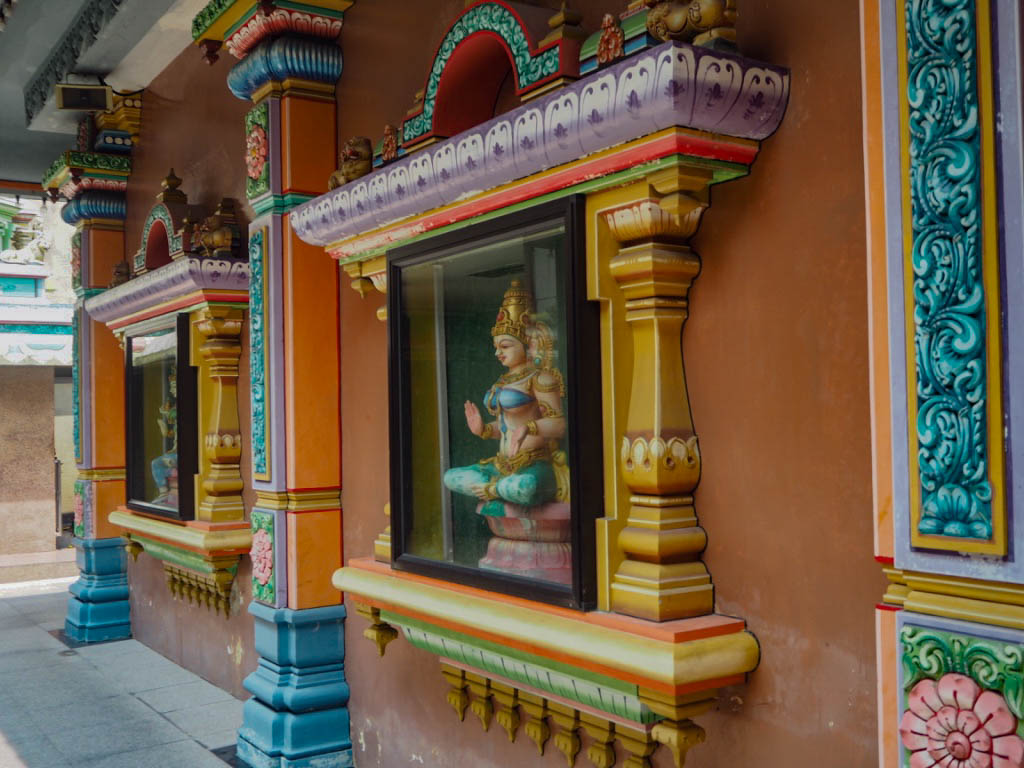 Sri Mahamariamman is the oldest Hindu temple in Malaysia and it is completely stunning. Carvings and statues of deities and gods stacked higher and higher, soaring up above the street. You have to be covered up but you can leave your shoes outside (pay a very small deposit if you don’t want to leave them in the street), and you borrow a sari to tie around your shoulders or legs. There was an engagement going on when we went in so some of the people worshipping inside were dressed beautifully for the occasion too.

There is also some great street food in the area. Don’t be put off by somewhere that isn’t completely spick and span, the food will inevitably be more delicious than a cafe that is trying a bit too hard to please tourists. I had a great selection of curries from Vinny Jeyaa Banana Leaf Curry House next to Sri Mahamariamman temple for 10 Ringgit; that’s just £2.50! 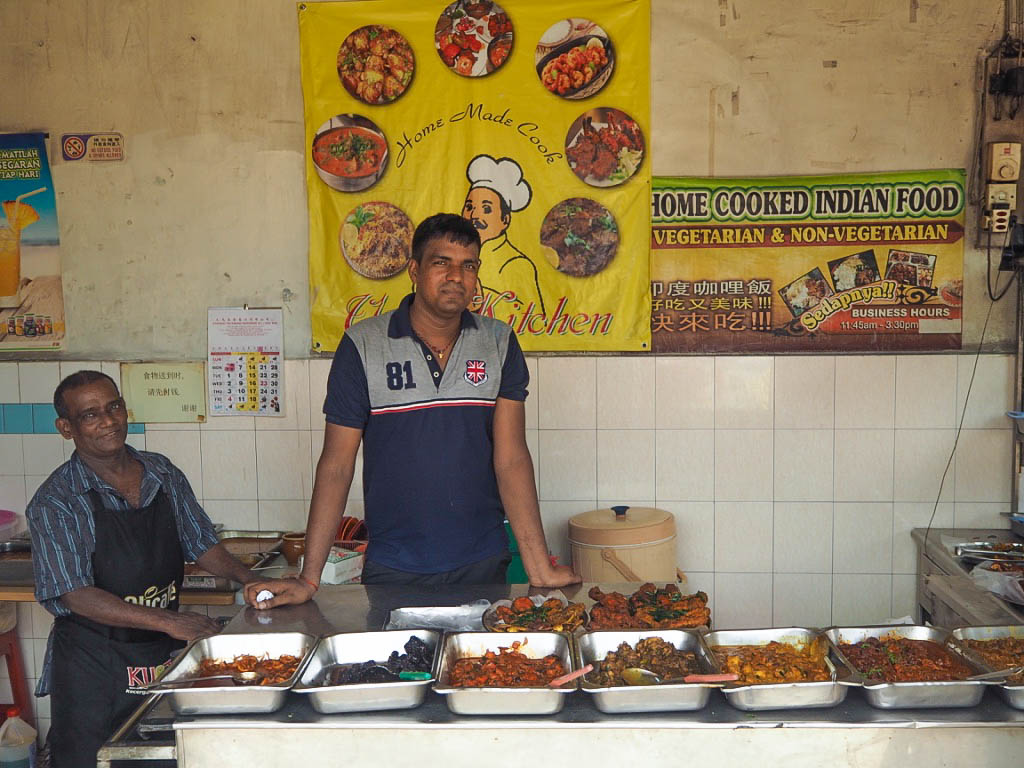 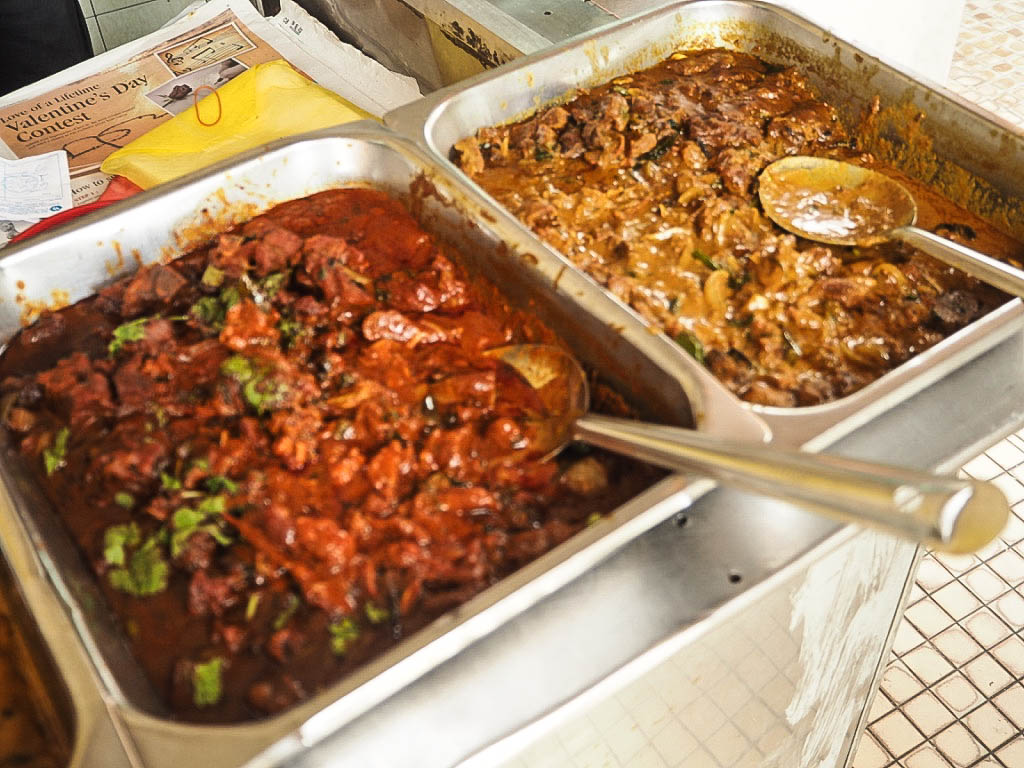 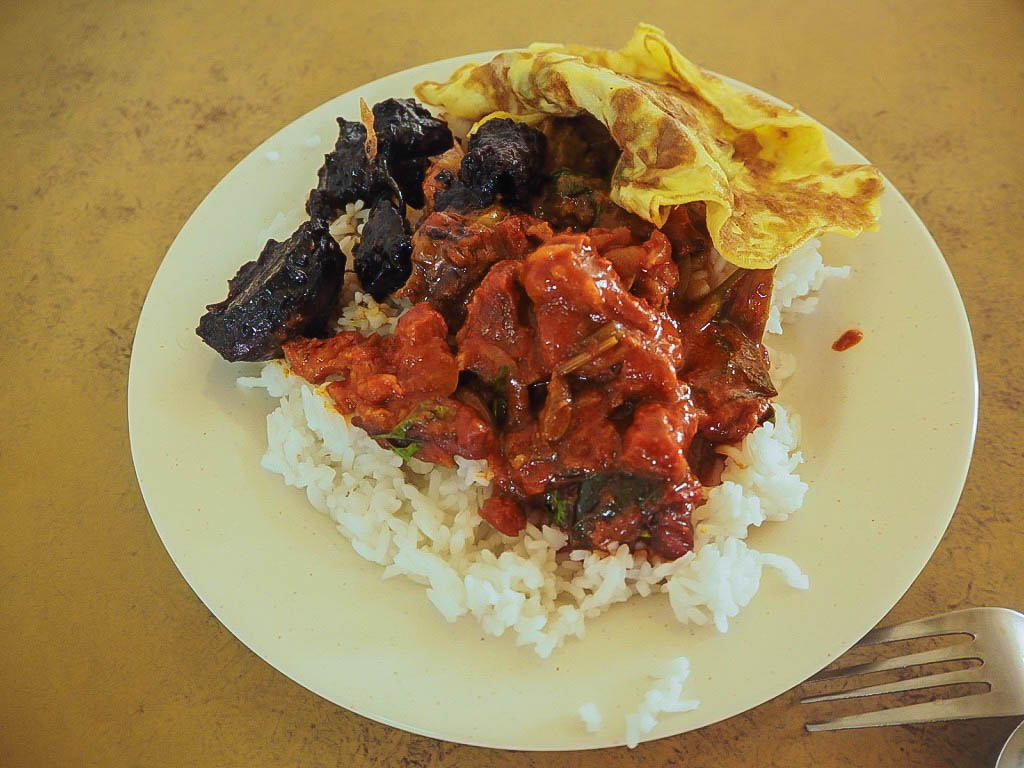 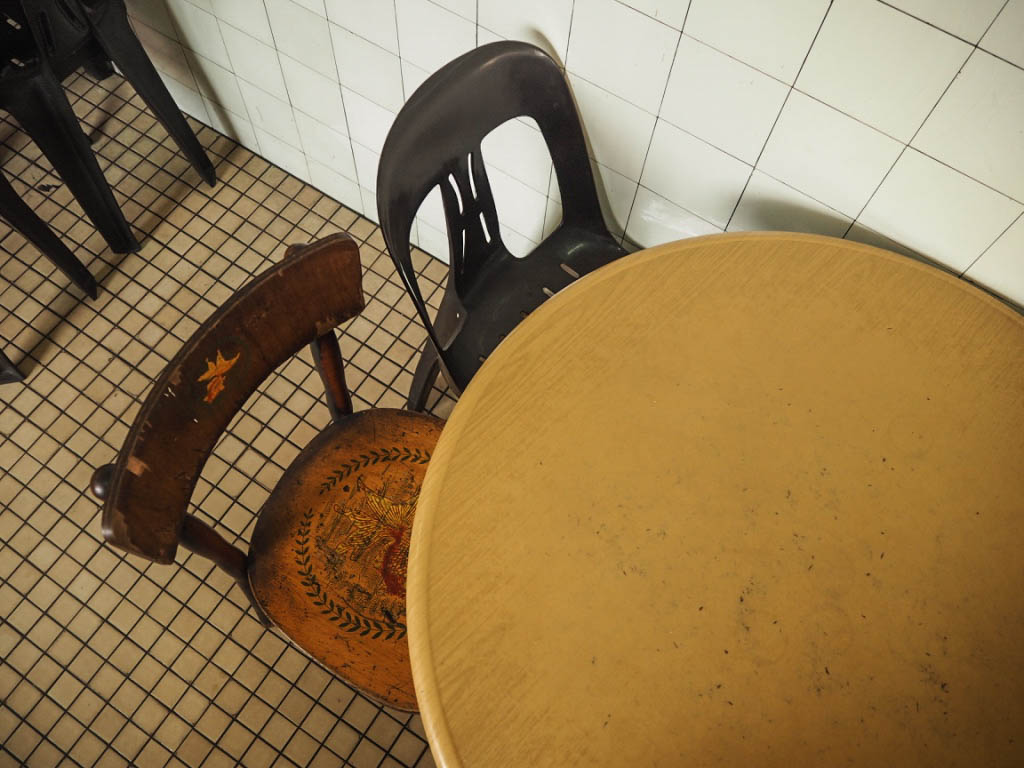