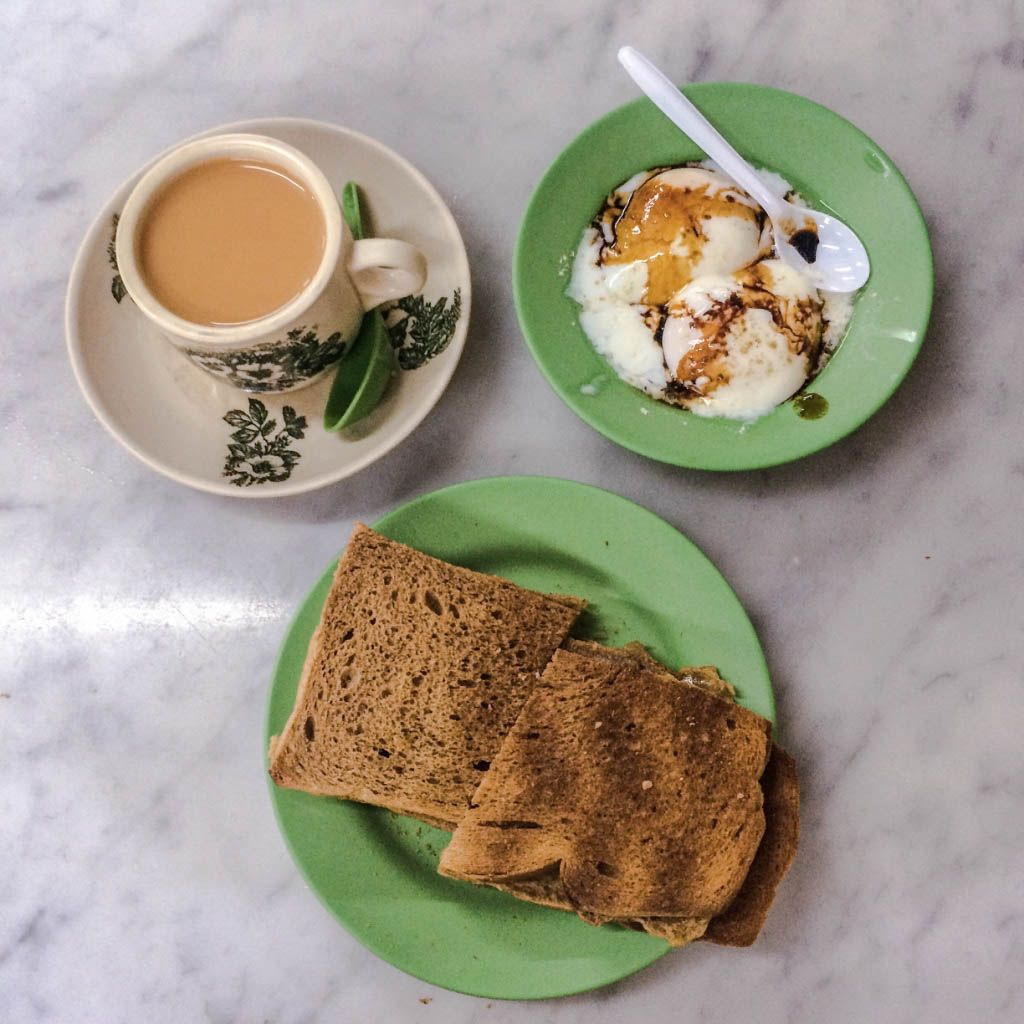 I struggle at breakfast time in Asia. It is mostly just a choice of food I’d normally have for lunch or dinner, and quite often it will involve some sort of chilli sauce which is just a bit too much for my constitution so early on in the day.  The thing is, I know that when I have a full day of exploring planned, I need to load up on calories to keep myself going. In preparation for a full day in Singapore’s Chinatown I headed to Ya Kun Kaya Toast – a cafe chain but with the feel of an independent store.

Unpolished, but not impolite, service, a basic set-up inside with wooden tables and plastic chairs which hints that you just need to sit down and get on with your day. This isn’t a lazy brunch. The menu is simple so there is no need to fuss over it for too long, and it’s pretty much presumed that you’ll order the signature dish from which the place gets its name. 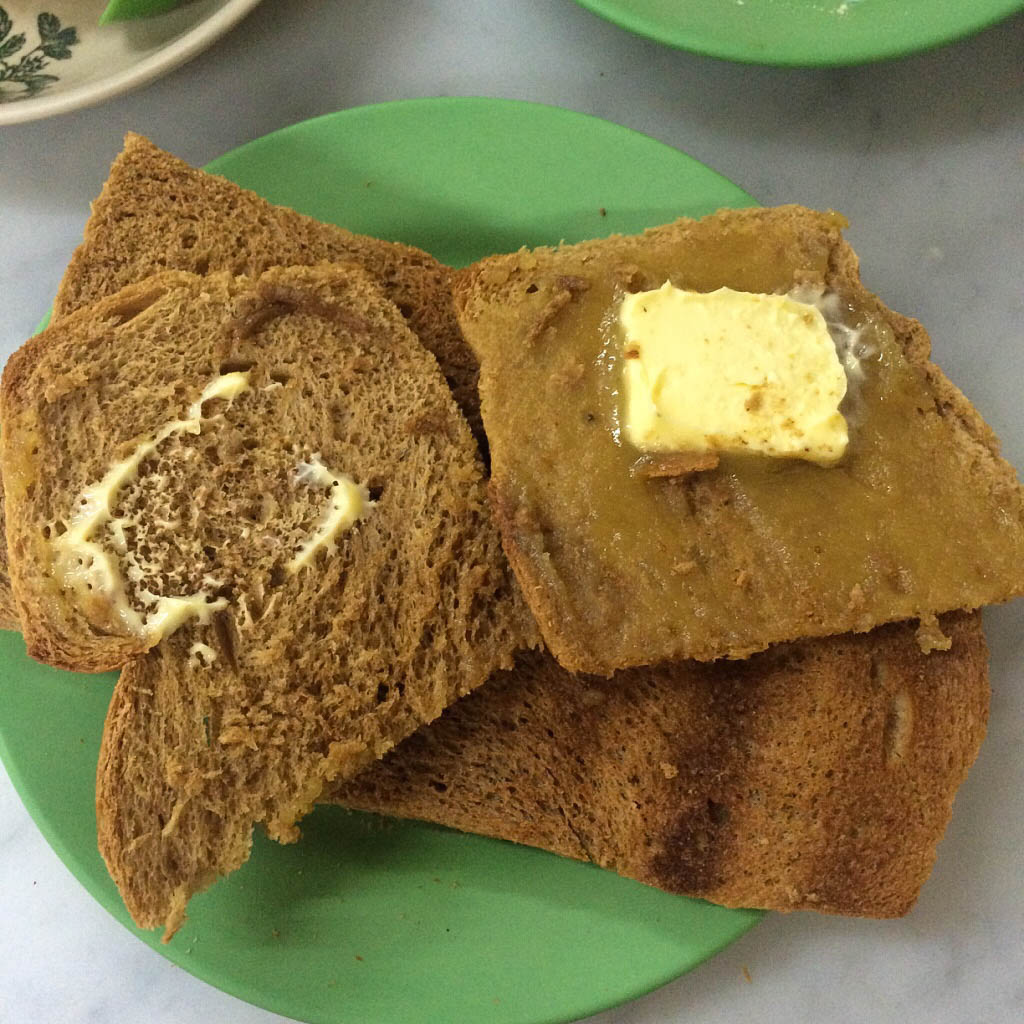 Kaya is a coconut based jam made with milk and sugar and is exceptionally sweet. It’s thickly spread between two slices of perfectly crisp brown bread toast and accompanied by huge slabs of butter. The Kaya has a sharpness that was mellowed by the butter, but it still made my sensitive teeth wince a little at first! 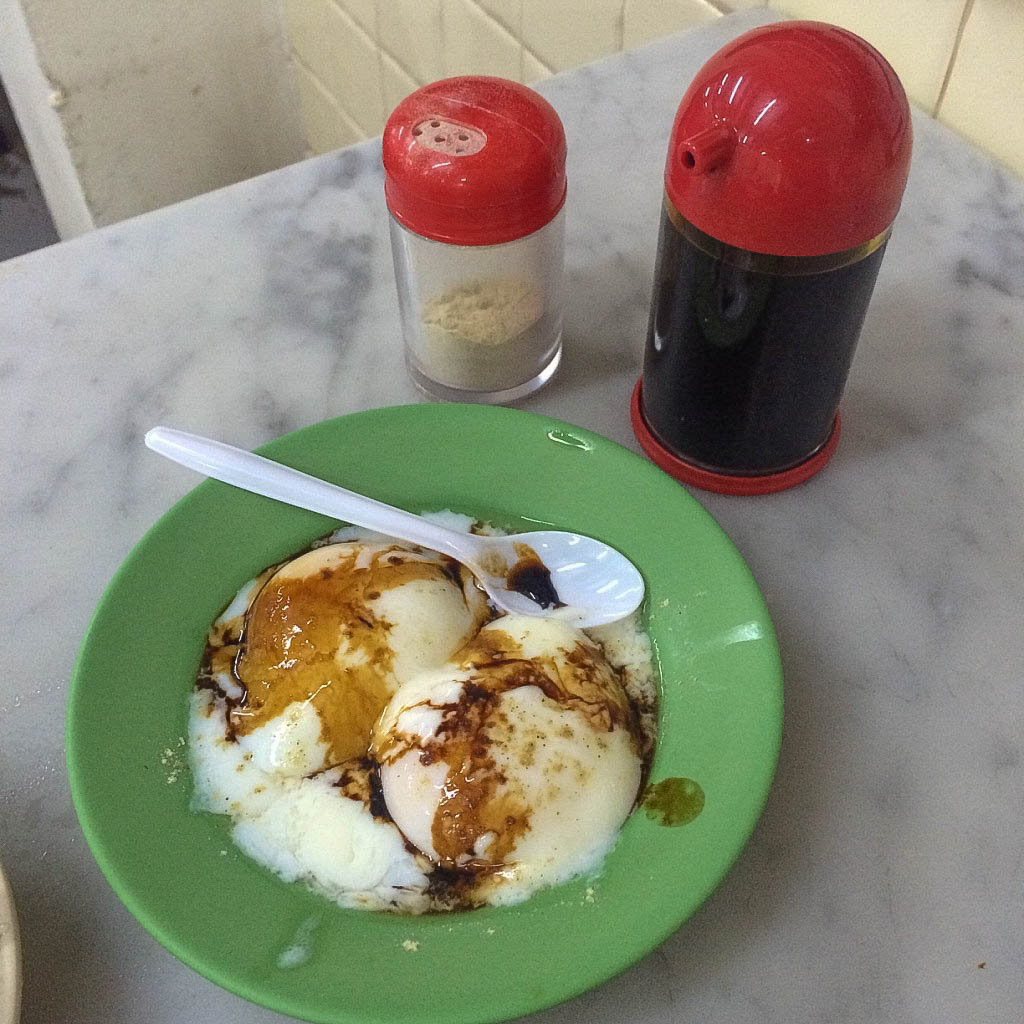 Served alongside were two poached eggs, undercooked so that they could be mixed with my own measurements of salt, pepper and soy sauce. I then ripped off chunks of the toast and dipped it into the eggs; the salty soy evening out the Kaya and making it much easier to wolf down. 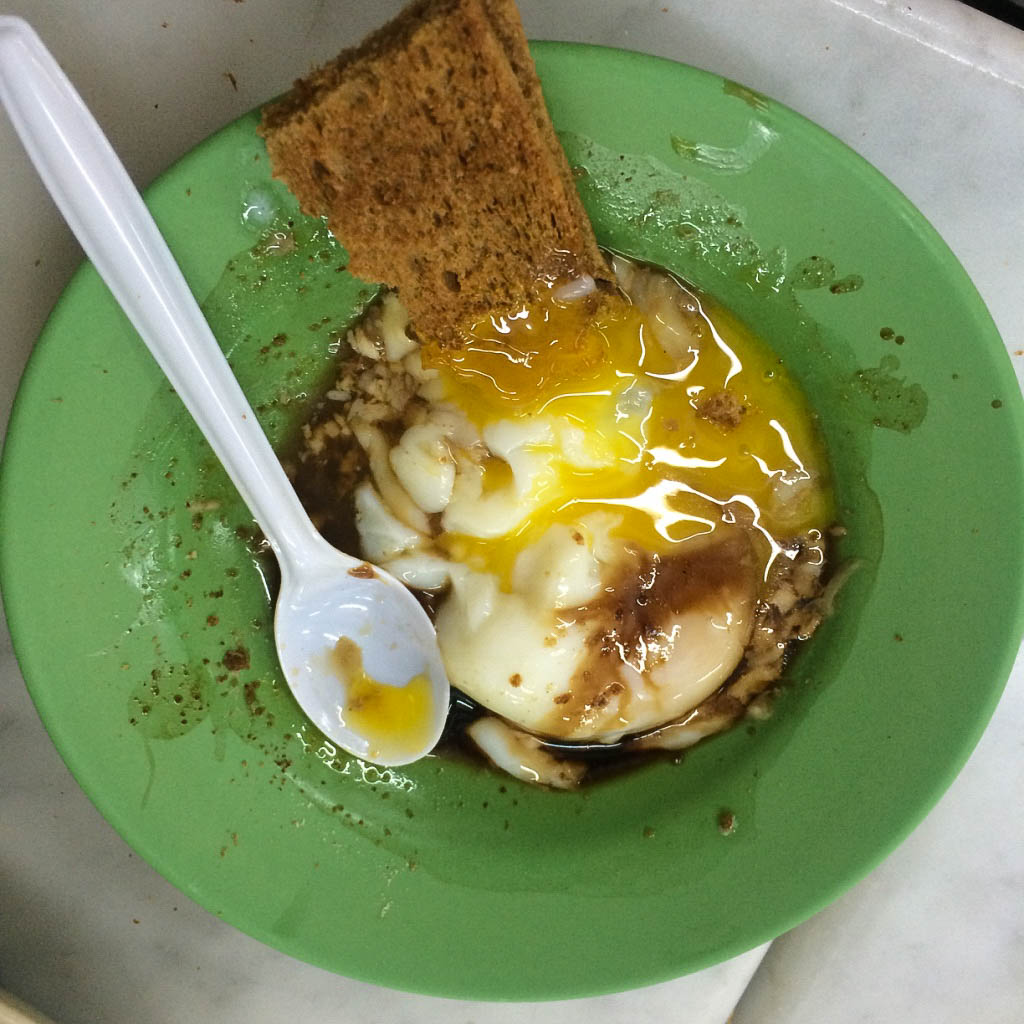 I ordered a hot sweet tea to go with it, although go knows why I didn’t get the iced version when it was 32 degrees outside and I’d already sweated all of my make-up off. In my early morning ‘brain is not yet engaged’ state, I forgot to ask for the tea to be served at half sweetness, so my face basically turned inside out when I took a sip. A builder’s brew it is not, but with a heavy dose of caffeine AND sugar, I practically bounced my way around Chinatown! 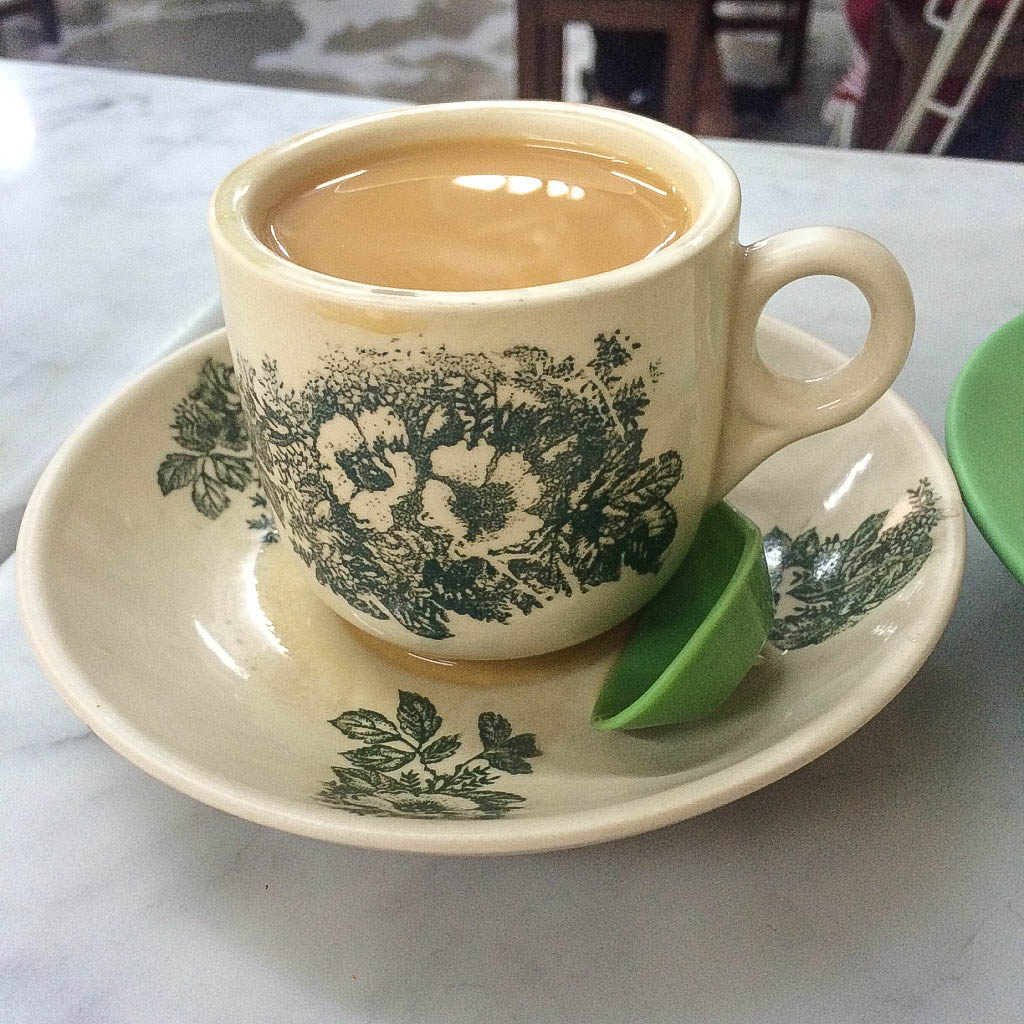 The simplest meals are often the best, and I love that I could easily recreate this at home. Asda sells Kaya, right?!