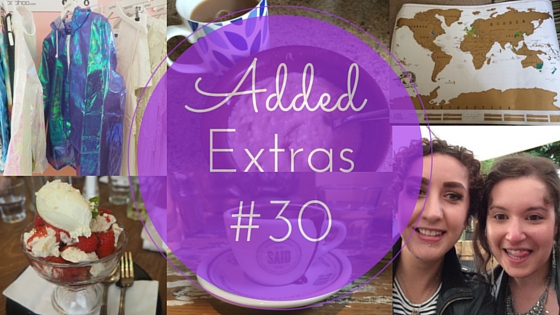 It’s been a bit of an odd week. At the very beginning I was arriving home from three months away and at the very end, starting a completely new chapter of my life. 2016 is really turning out to be a year of enormous change for me, and hopefully it’s all for the best. The rest of this week, though? Not that much to be honest. Trying to get back to normality, catching up with people I’ve missed, and just getting a bit organised. It’s nice to be home, but it’s going to take some getting used to!
Here’s this week’s Added Extras:

1) I landed back in the UK on Tuesday and although I struggled to stay up past 8pm for the first few days, by Saturday I felt pretty recovered from my jet lag. I’m definitely still tired, but I’m not waking up at 2am and unable to get back to sleep, thank goodness!

2) I’ve started notching up reunions with the Bangarang girls, starting with lovely Claire. We went and had my favourite hot chocolate from Said in Soho and put the world to rights. 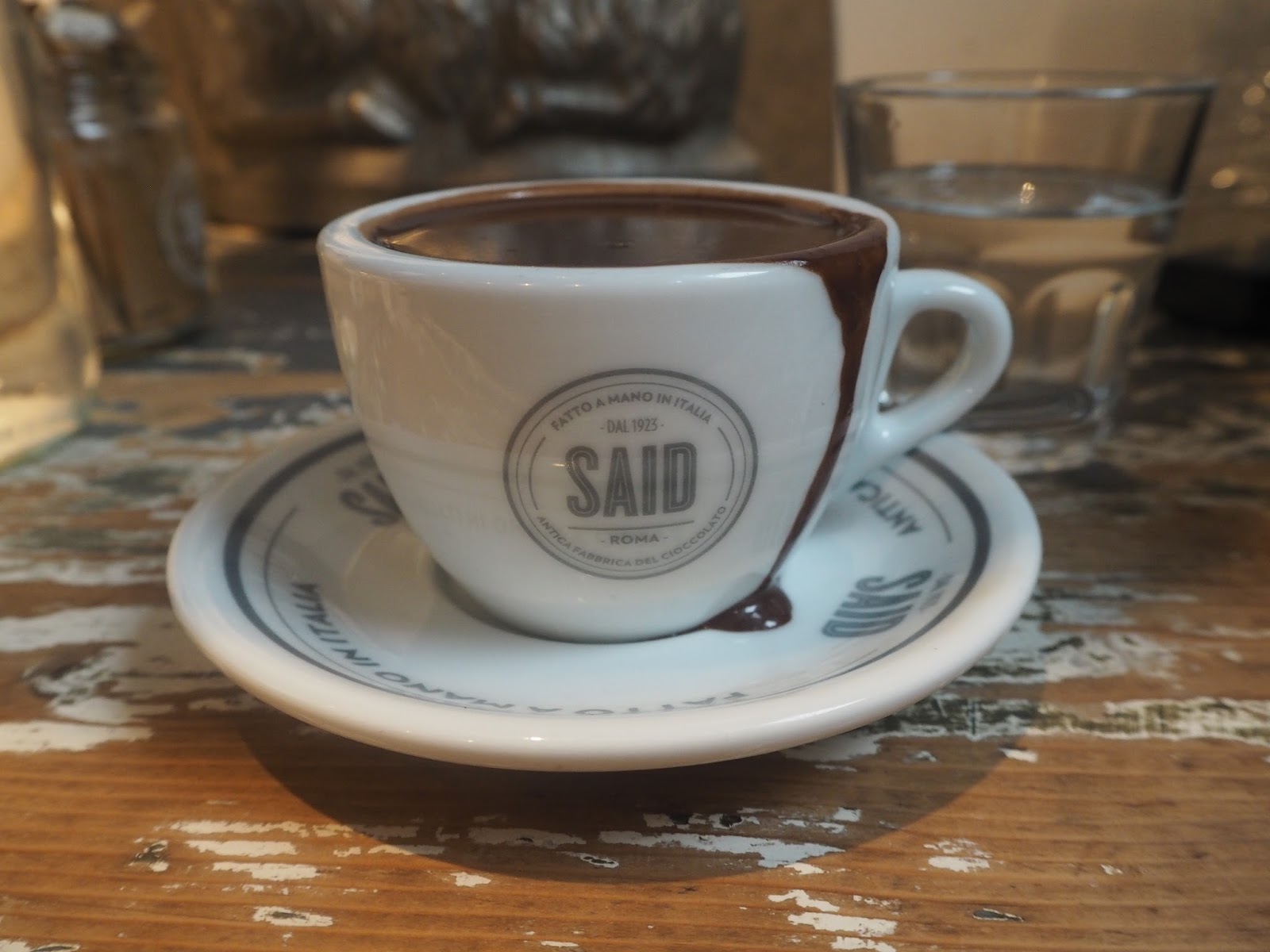 3) Claire and I met up with Milly to check out Boohoo’s newest festival pieces. I need this shiny mac of dreams. Anyone feeling generous? 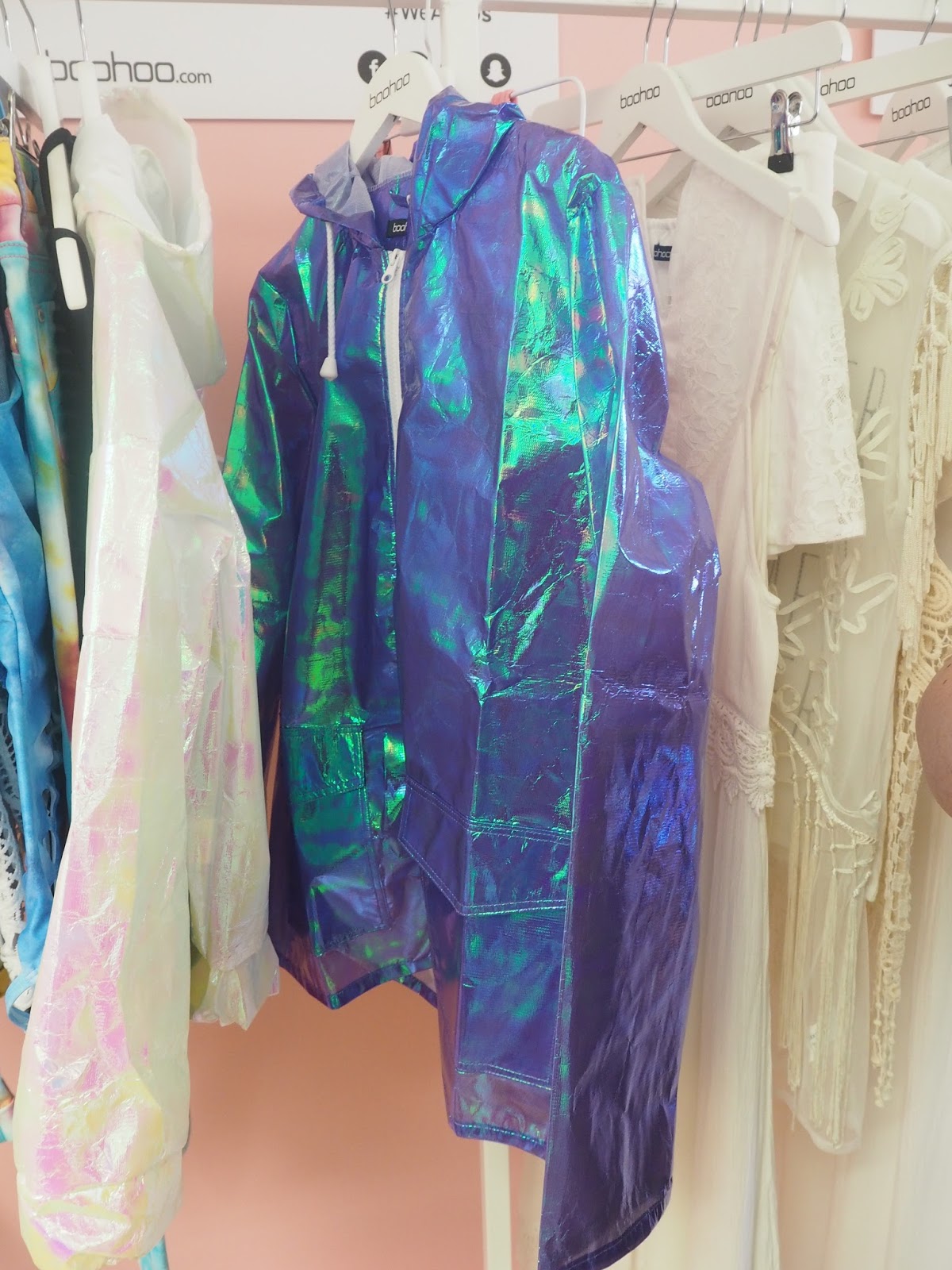 4) I was so excited to head to my friend’s baby shower on Thursday. She’s three weeks away from popping and she looks bloody fabulous. I can’t wait to meet her little one!

5) Carrying on the theme of catching up, my mum and I drove down to Oxfordshire to have lunch with my grandparents. We went to The Bear in Wantage and I demolished a pulled pork burger and then an enormous Eton Mess. I actually needed a food induced nap when I got home. 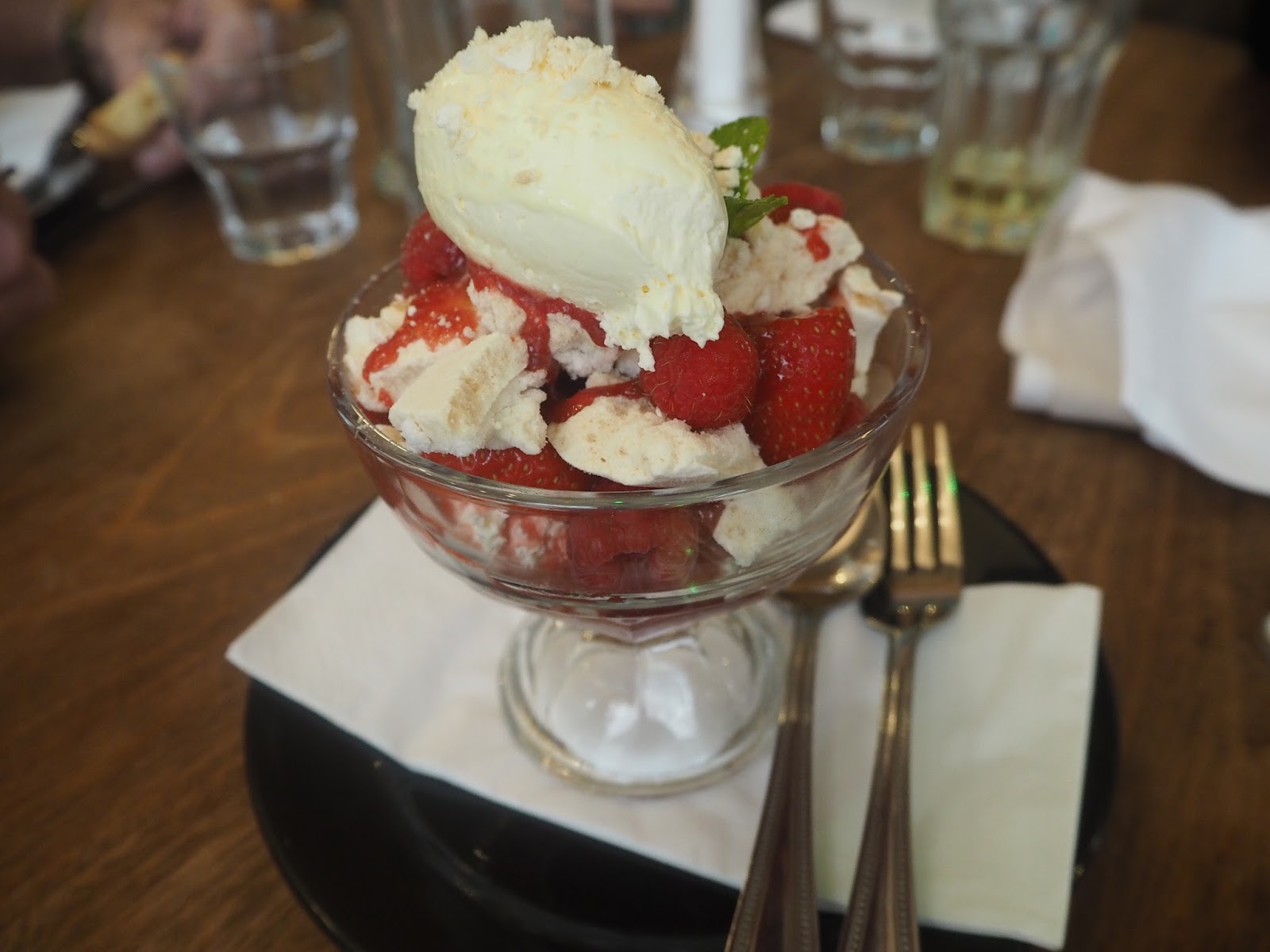 6) I started a new job! I somehow managed to apply, interview and create a presentation for a job whilst travelling around New Zealand and miraculously was offered the role. After the horror show of my last job, I’m looking forward to getting stuck into this new challenge.

7) I introduced two of my friends to Snapchat via obligatory face swap photos and screaming hilarity ensued. Our fellow beer garden peeps pretty much hated us. 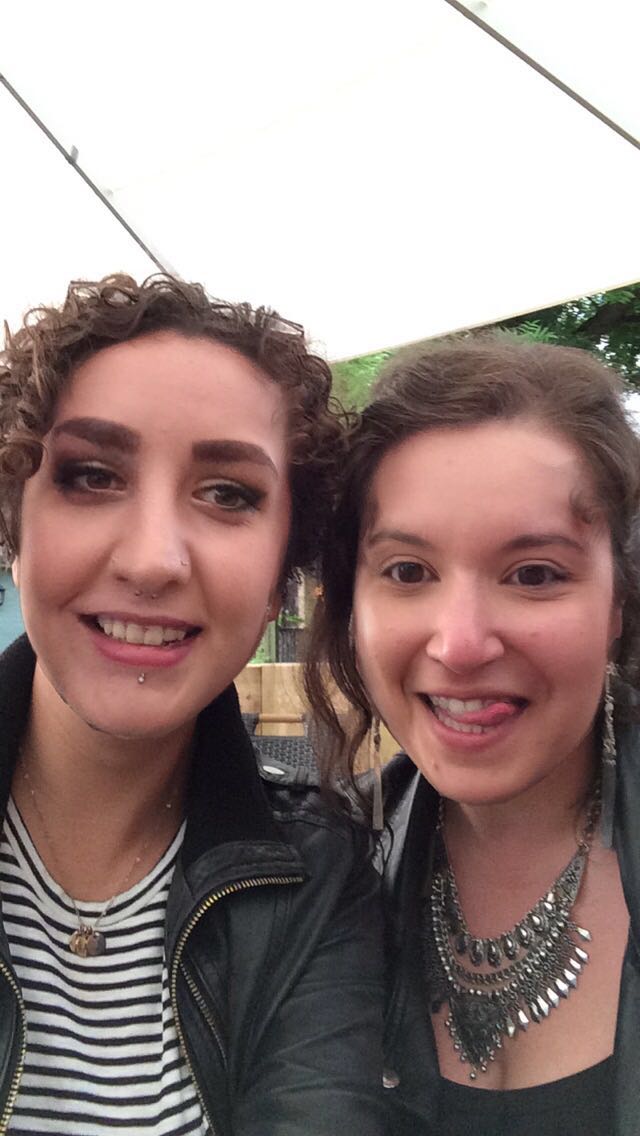 8) I got James Blake tickets for November! I’m SO excited. After missing him tour and then perform at Field Day whilst I was away, I was bloody determined to get to his next London show and I ammmmmmmmm!!!

9) I started scratching off countries on my Scratch Off Map. I’m going to get it put in a frame but it’s highlighted that there’s a lot left to explore! 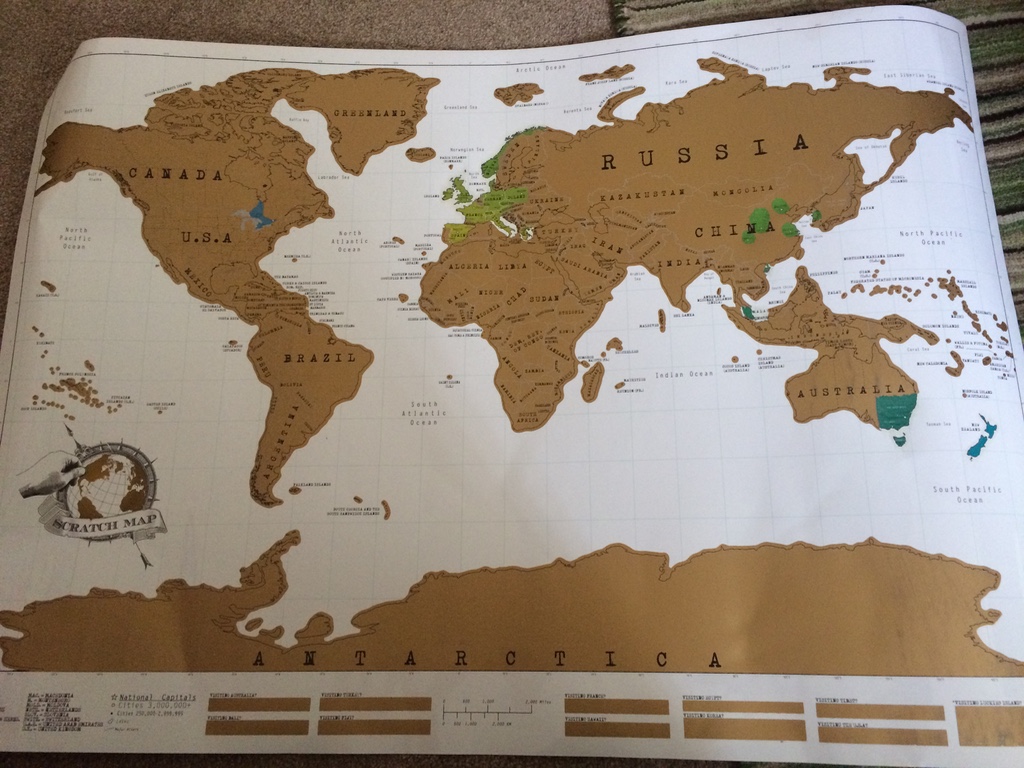 10) I’ve been eating porridge with stewed rhubarb and cinnamon sugar bananas most mornings since I’ve been back and it’s flipping delicious. It’s so nice to not be eating white toast every morning like I was in New Zealand. 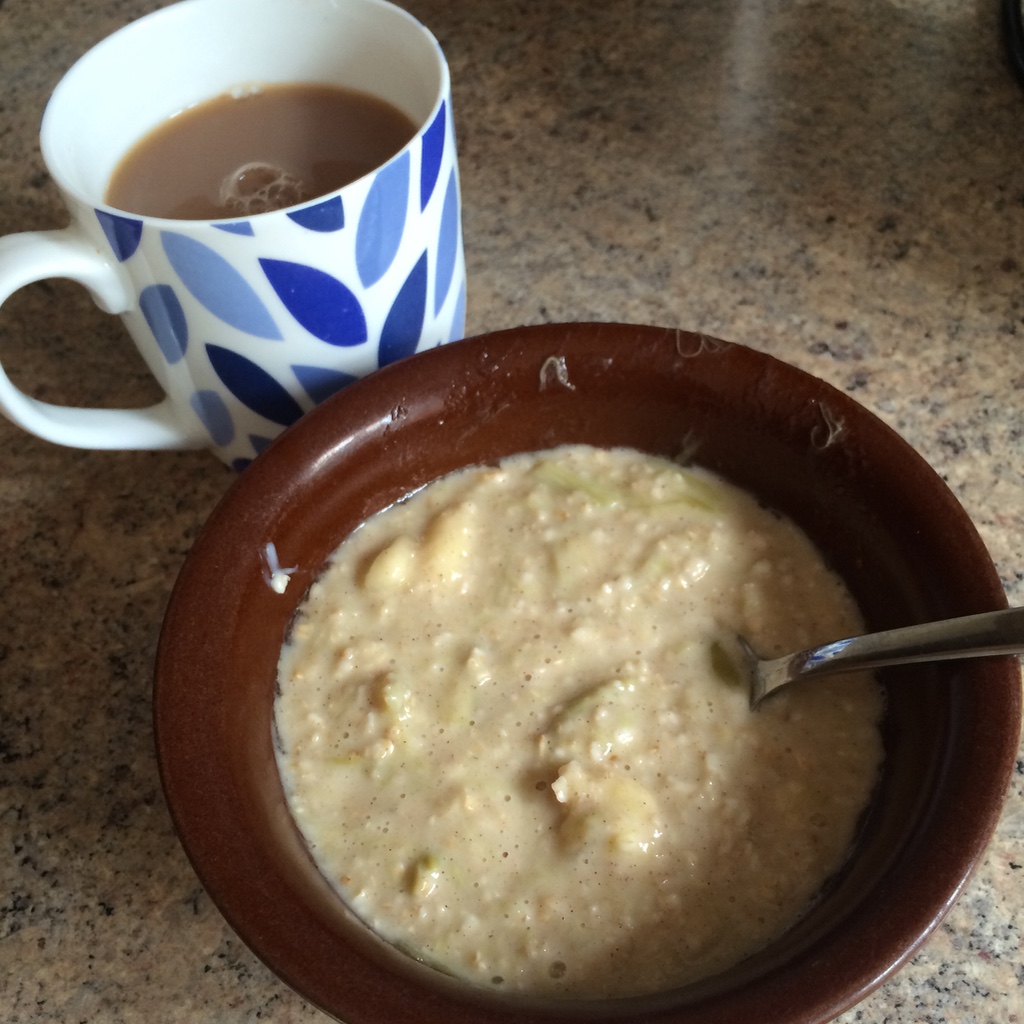 I hope you’ve all had a good week! Thanks for all of your comments and tweets on my recent post about positivity and change. It means so much to me to have support from a little digital family <3