Remember a few months ago when I complained about being fed up of my travelling wardrobe? Well shortly after hitting publish on that post, I caved. I shopped and I don’t regret a thing (and most importantly, I didn’t go over my luggage allowance, praise be!). It all started with this dress. 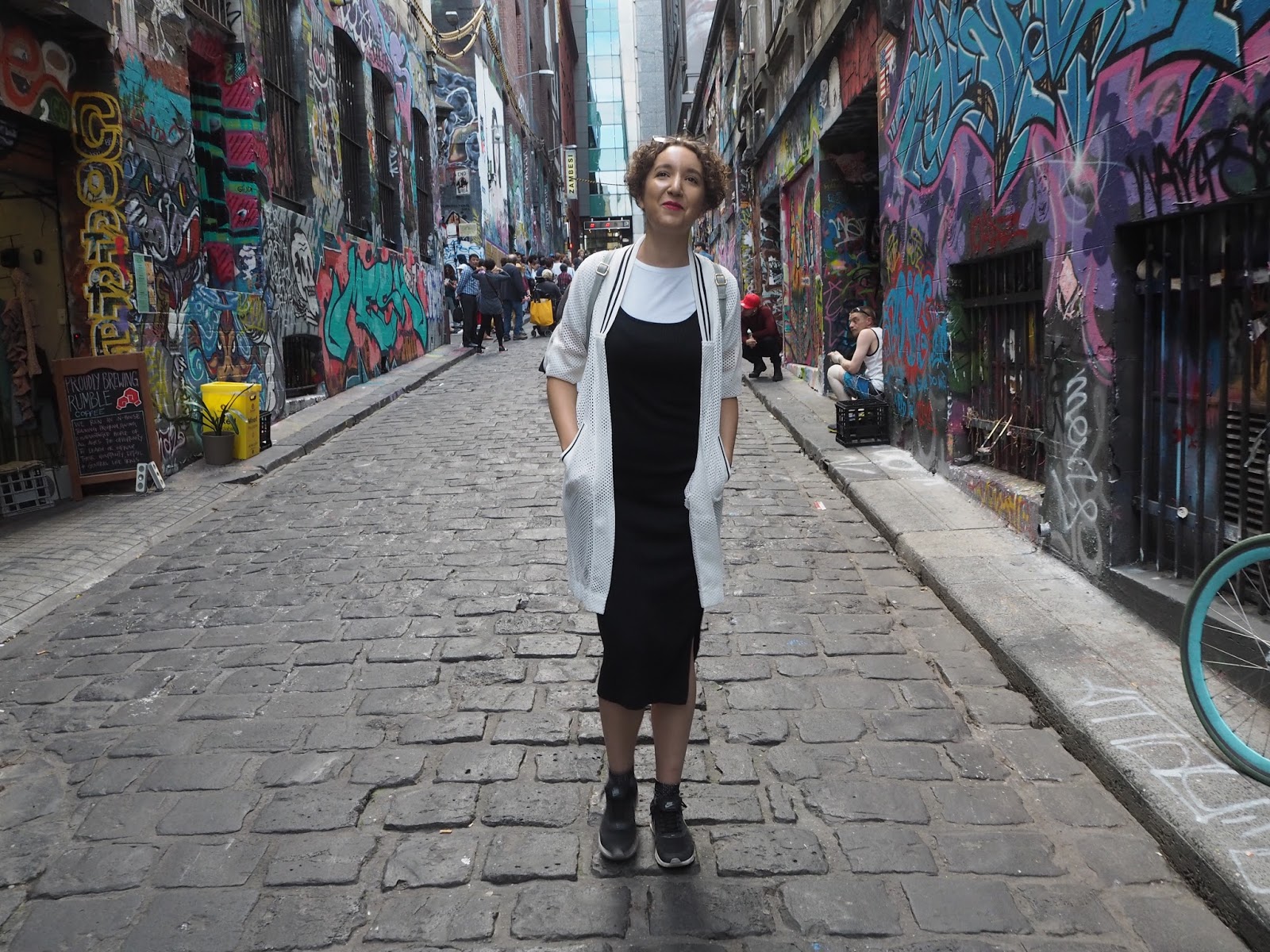 You see, I treated myself to it before going away when a very generous friend donated me her Topshop discount. I was supposed to be buying practical clothes for my trip, but instead I ended up with this and six pairs of glittery socks. So I packed them anyway. The glittery socks were great for perking me up when I was sick to death of my gross walking boots, but I only wore the dress twice. Oops. Once when shopping in Hong Kong and again whilst exploring Hosier Lane, the famous street art road in Melbourne. 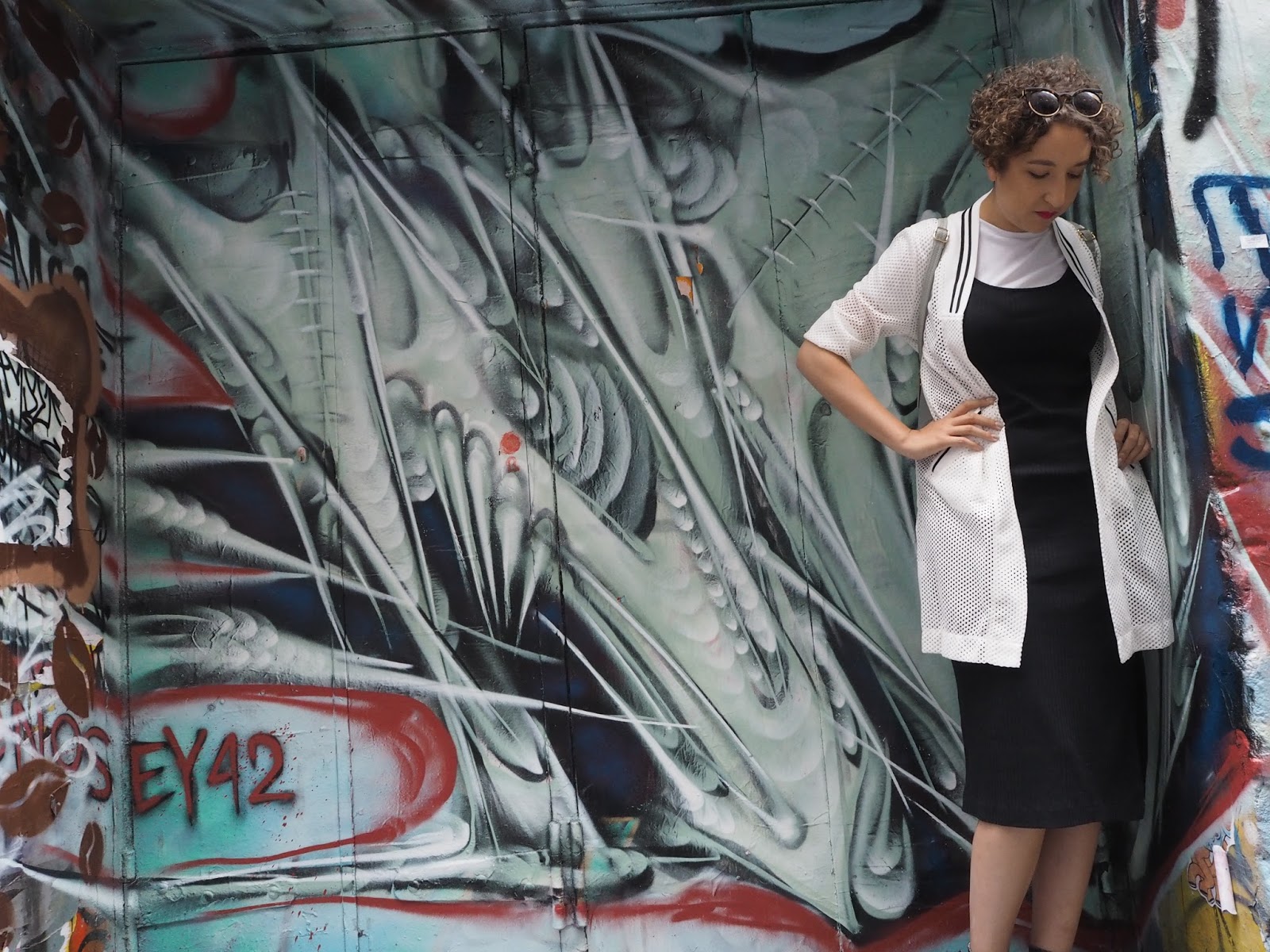 That aside it is a good purchase. Stretchy rib without being unflatteringly clingy, and the built in t-shirt means a pleasing absence of peek-a-boo bra straps. It actually has quite a risque slit at the side, so keeping it super casual was important because Jessica Rabbit I am not. 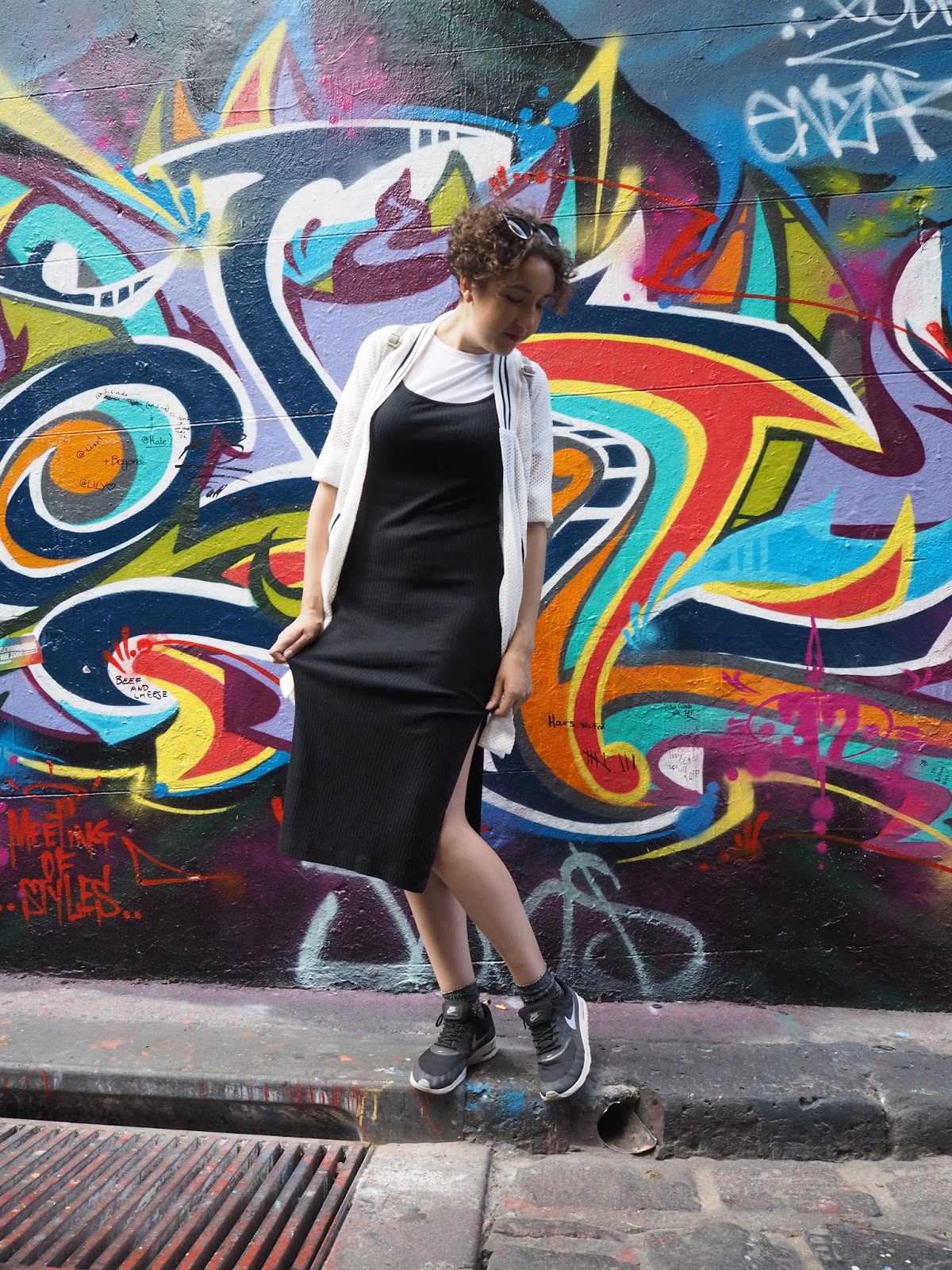 I first spotted this mini backpack in Shanghai in a chain of stores called Mini So, which is basically Tiger gone wrong. It’s full of things with hilarious bad translations printed on, but in amongst that tat was this gem. I restrained myself at that point but a few weeks later I spotted it again in Hong Kong and couldn’t think of a good enough reason as to why I shouldn’t buy it. 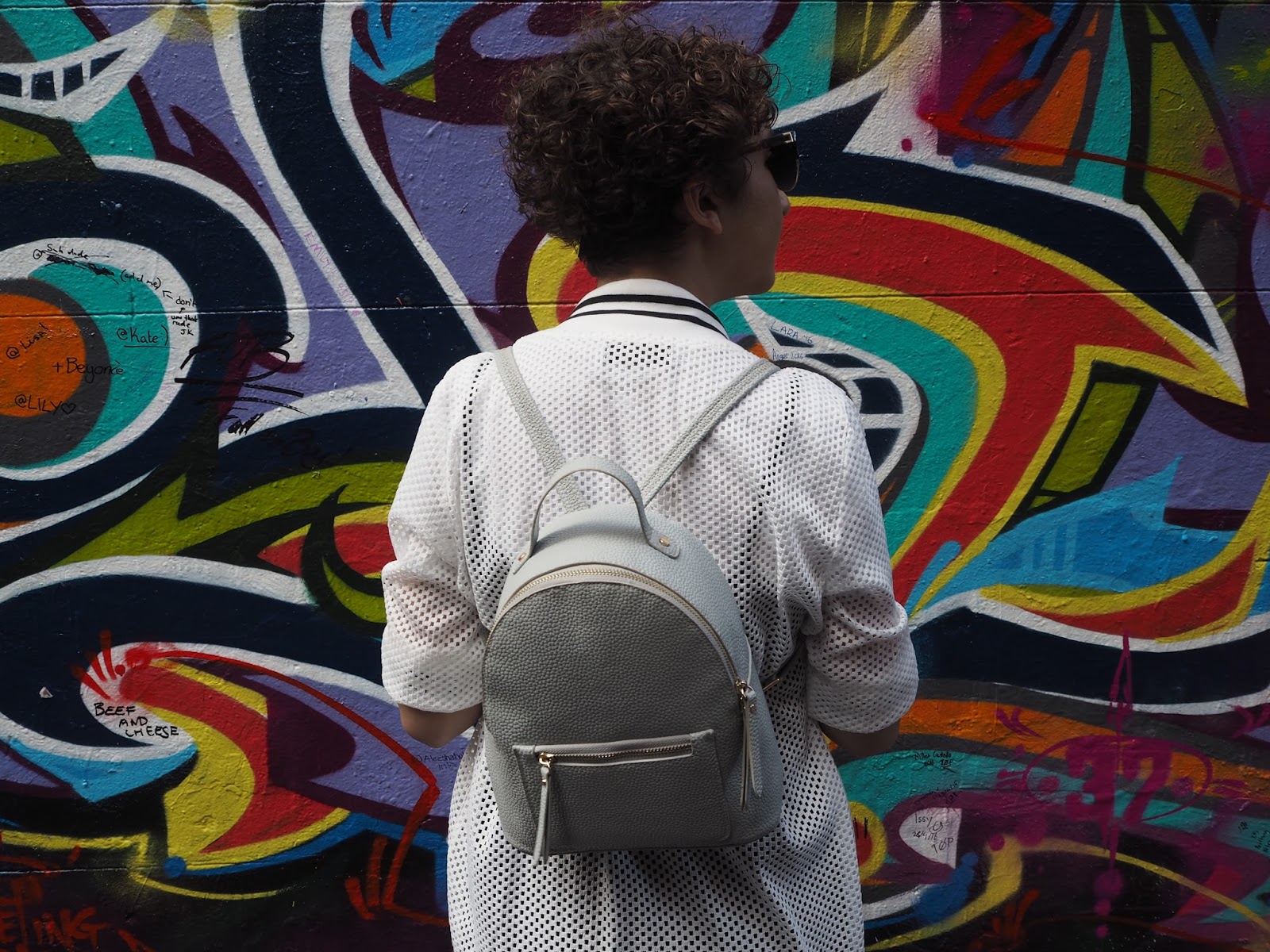 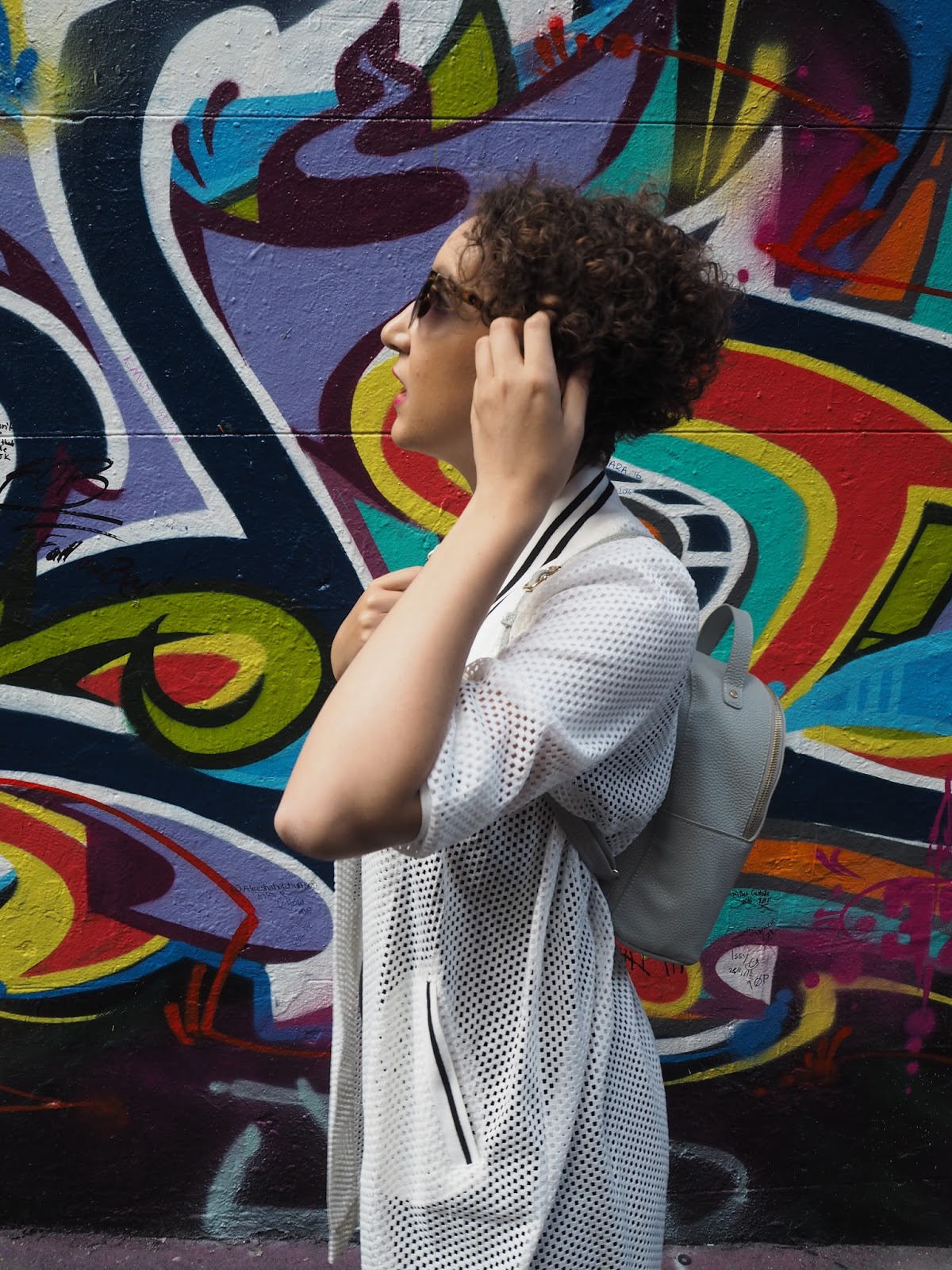 Later that week I was perusing Mong Kok Ladies Market, also in Hong Kong, and ventured into one of the nearby malls full of independent stalls. I was lured in to one by this jacket and ended up coming out with a bag full of stuff. But this jacket. It’s essentially a baseball style fit but I mainly love the material. I have a vague idea of throwing it over some gym leggings and a loose tee, but seeing as I don’t currently have a gym membership, that’s unlikely to happen.

So I’ll stick with this outfit instead and leave my trusty Nikes to give it a taste of pretend athleticism and sit my arse back down. Or next thing you know I’ll be buying a visor…