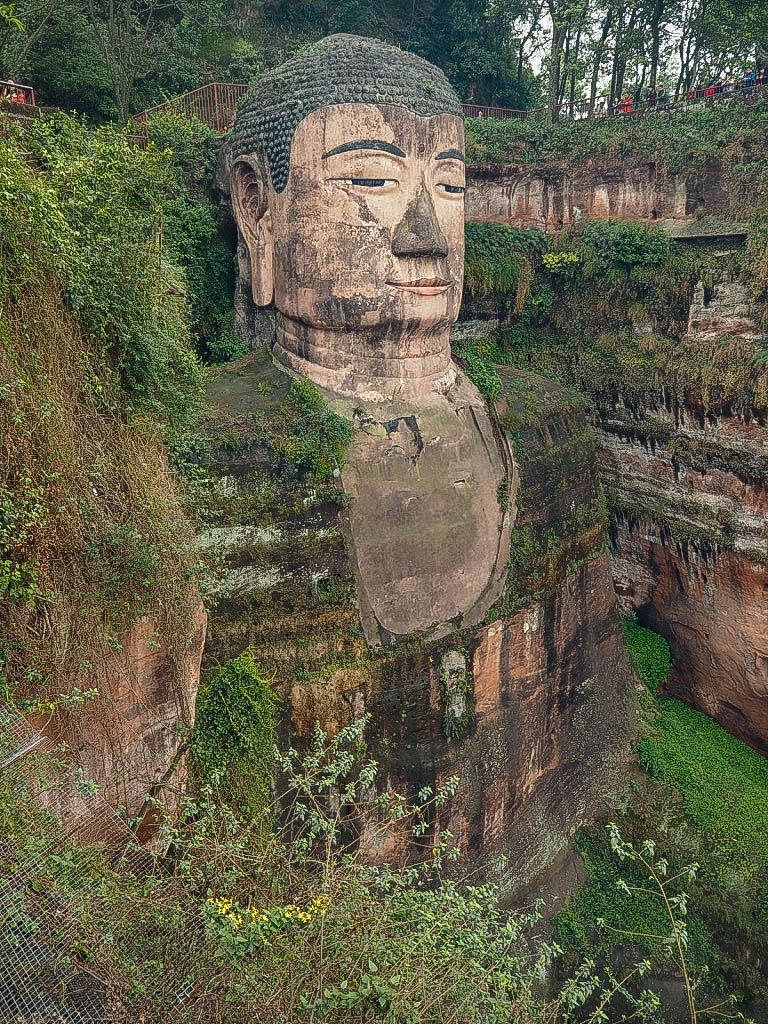 China’s big, isn’t it? I’d never even heard of Leshan before planning this trip, but even this ‘small’ city has a population of almost two million. We drove for over three hours from our base in Chengdu to get there and visit the thing Leshan is most famous for: a giant Buddha carved in to the cliff face at the confluence of the Minjiang, Dadu and Qingyi rivers.

We decided to see the big man himself in two ways, and the first was by boat. Our view was…non-existent, at first. That famous Chinese mist had come to torment us once again and we couldn’t see a bloody thing, but as we got moving, the elements took pity on us. As we approached we could see the delicate and weathered carvings of the Buddha’s protectors and then, seemingly out of nowhere, there he was. 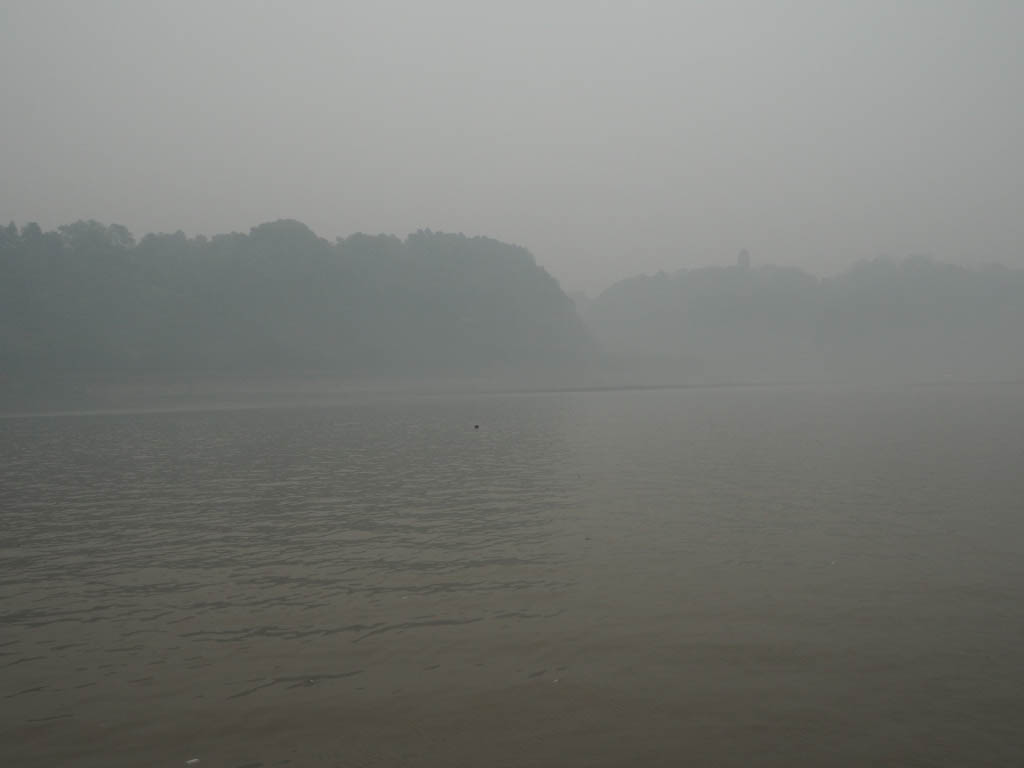 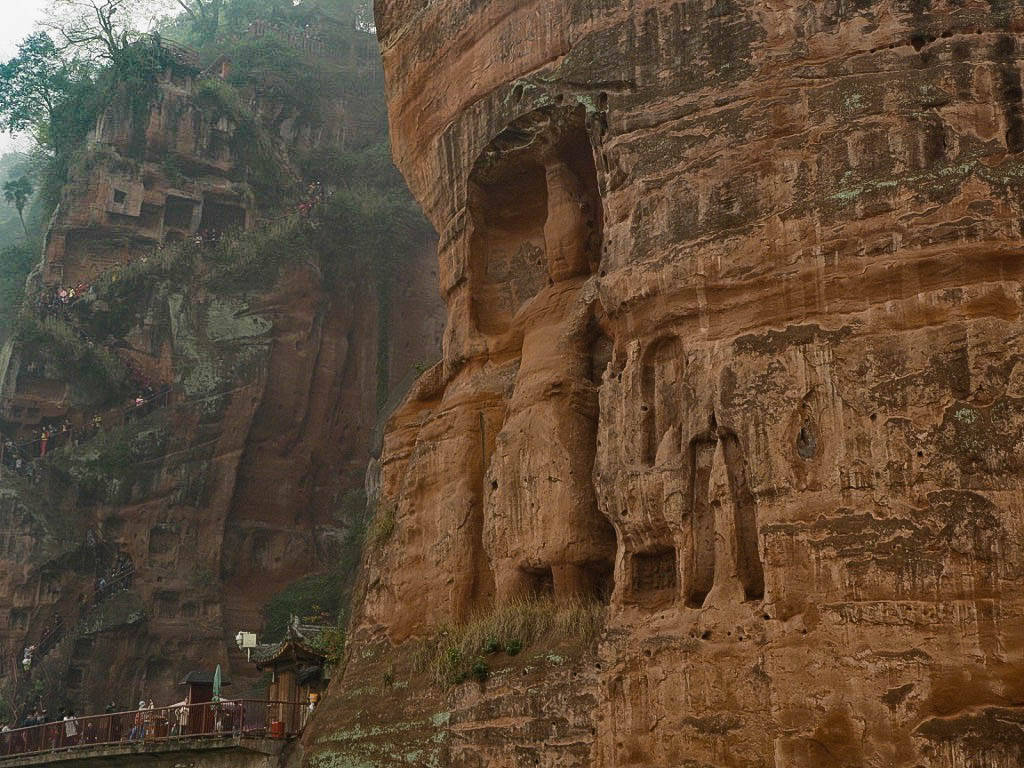 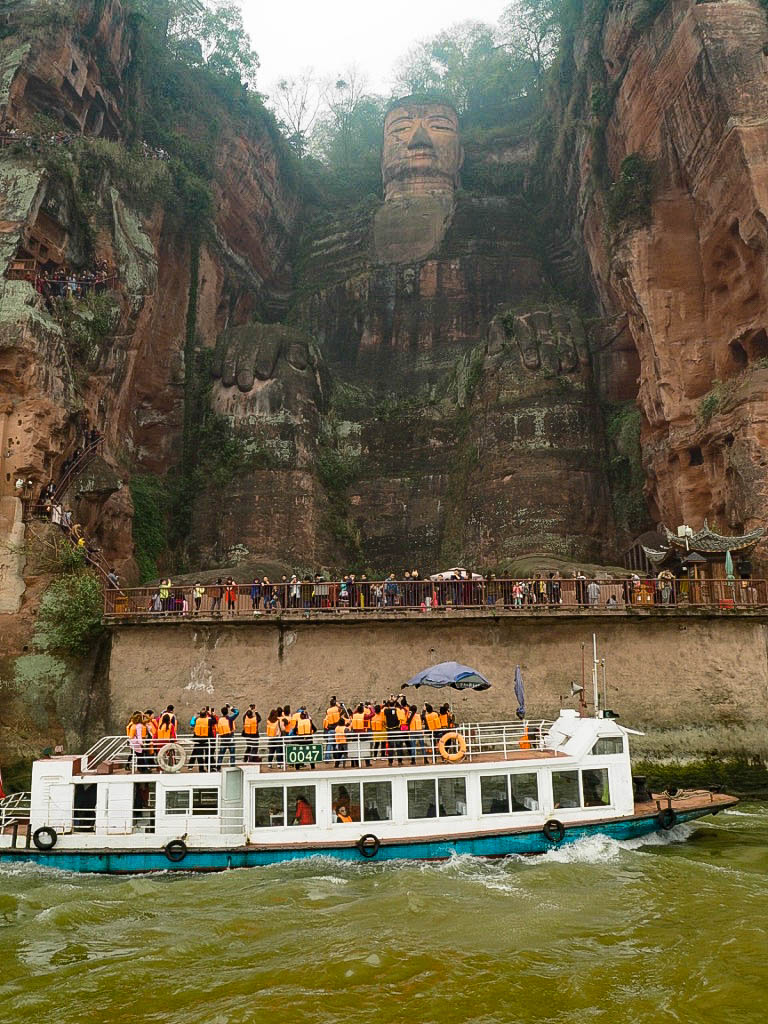 The people climbing down the side of him looked so incredibly tiny, which next to his 71 metre frame, is understandable. We bobbed on the river, tipping the boat as 40+ people rushed to one side to get a good view. But it was OK; we saw what we could and then headed across the river to walk up to the top. 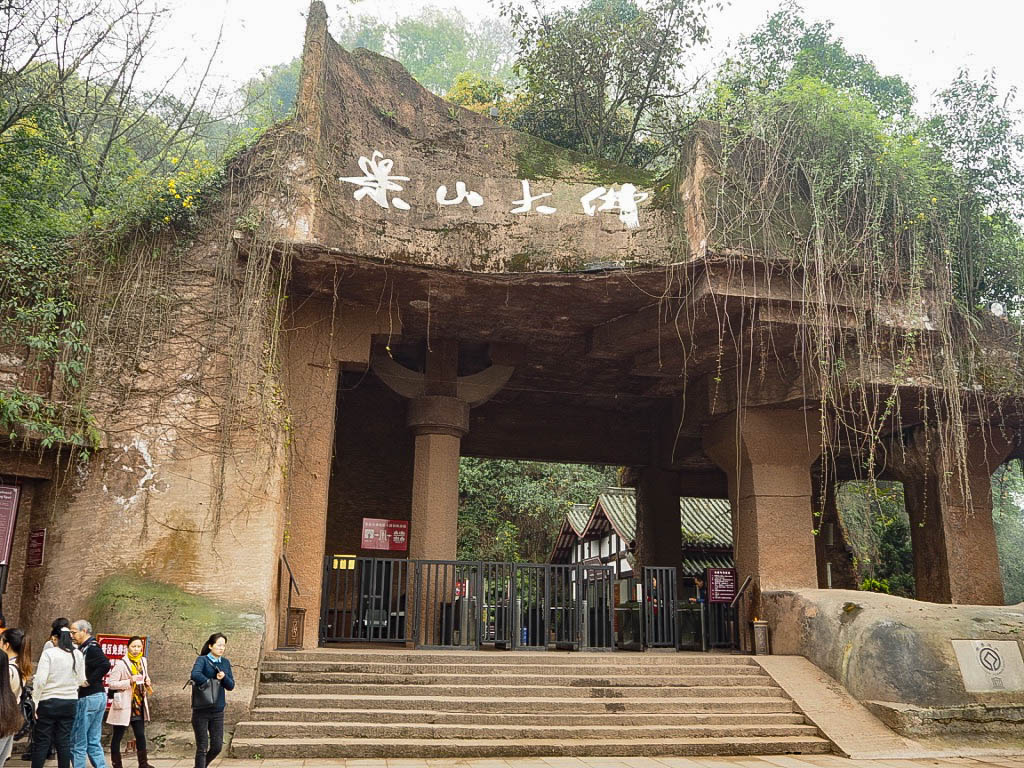 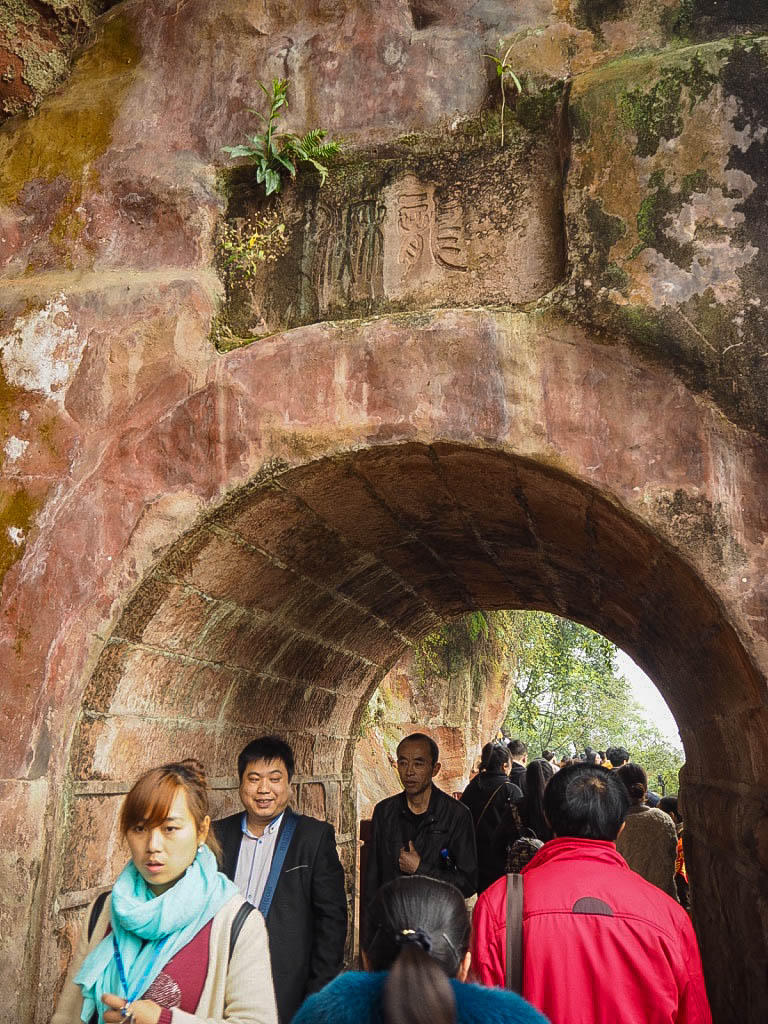 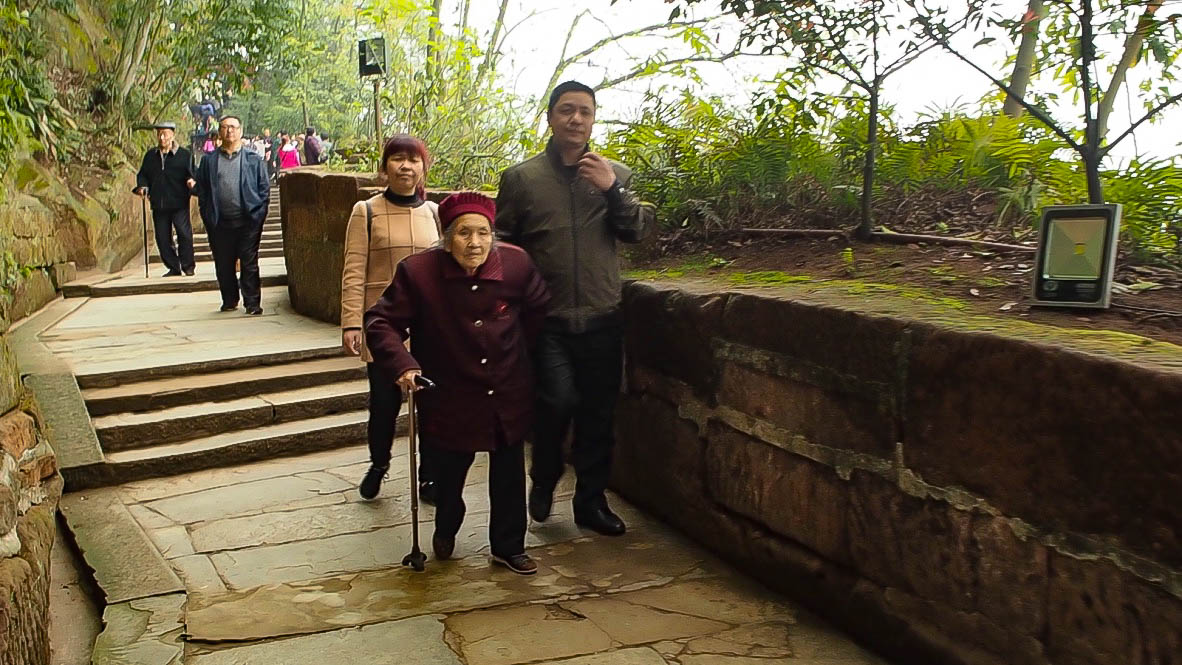 The climb really wasn’t that bad. There are carvings in the walls the whole way up, and the stairs are broad and moderate; there were some hard arse OAPs going at a rate of knots so we couldn’t complain. We reached the top pretty easily and joined the epic queue to get back down again. It felt slighty futile, but we bought Cornettos and gossiped and stared out rude people that stood too close (because that is totally a thing in China and my patience can only take it for so long). 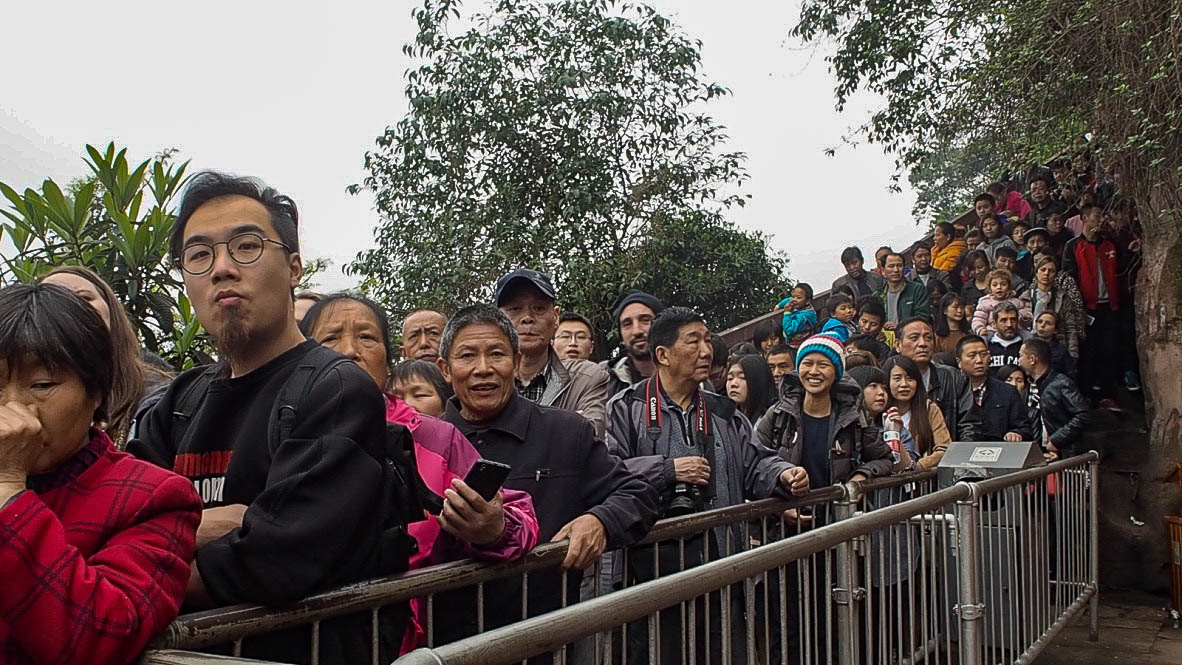 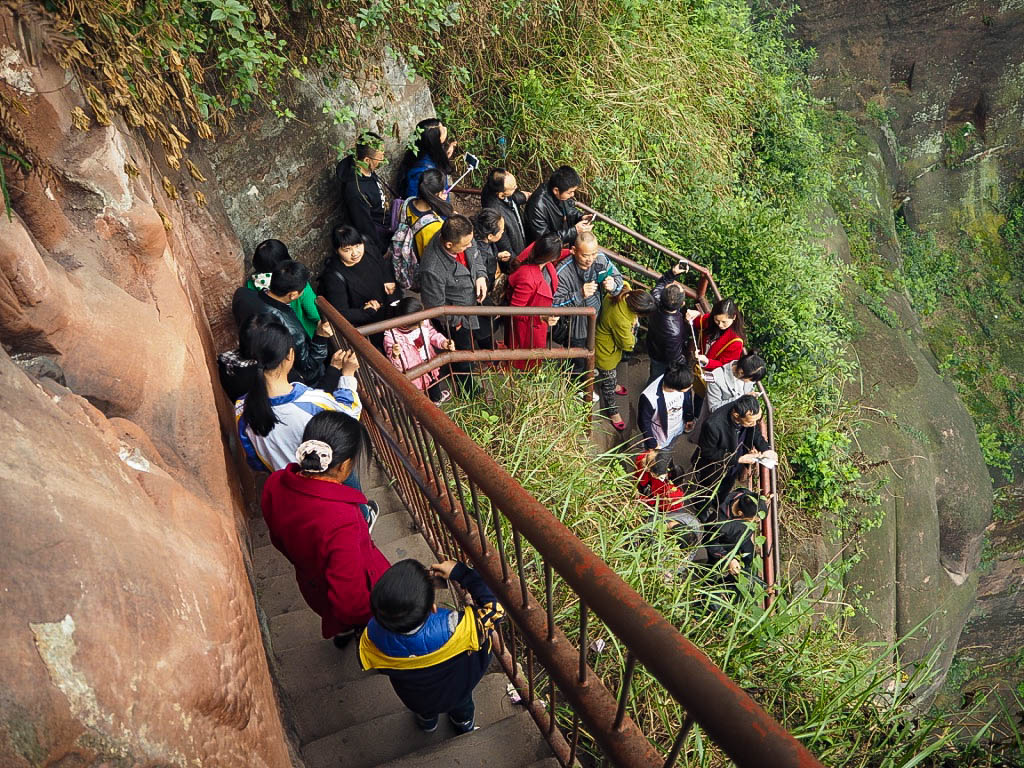 The view from the top is truly spectacular. The detail is so intricate throughout, and to think that it is over 1200 years old and has been left to the mercy of the elements. There were birds nesting in the ear holes, clearly defined finger and toenails and a friendly, peaceful face which was truly fascinating to look at. 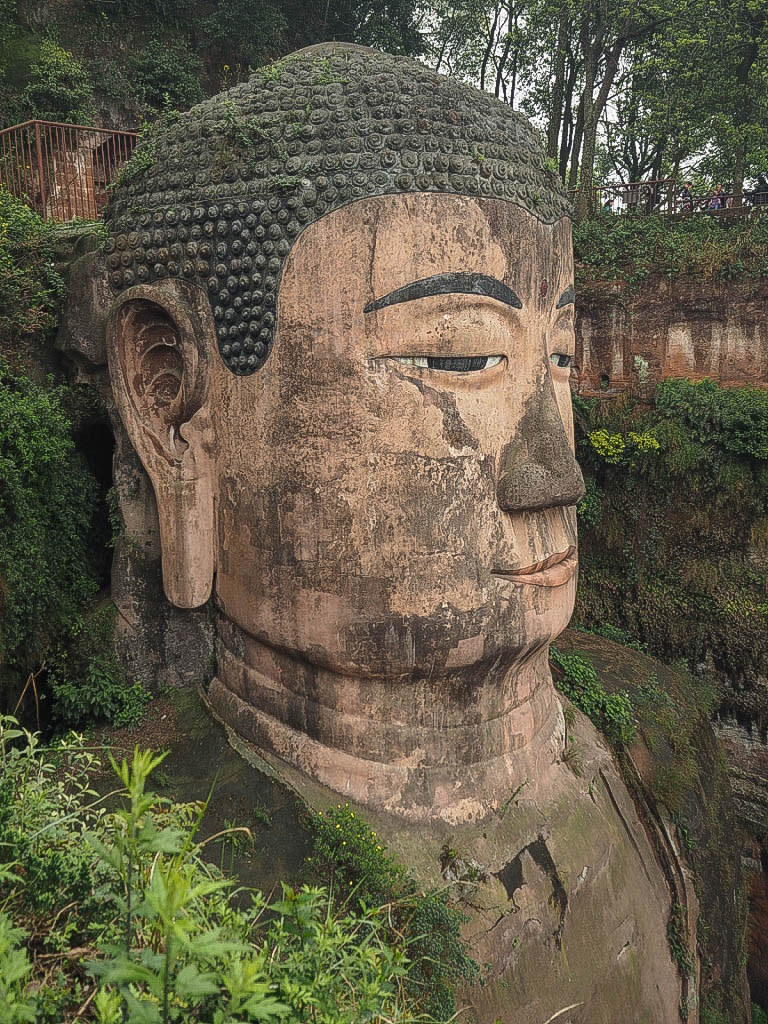 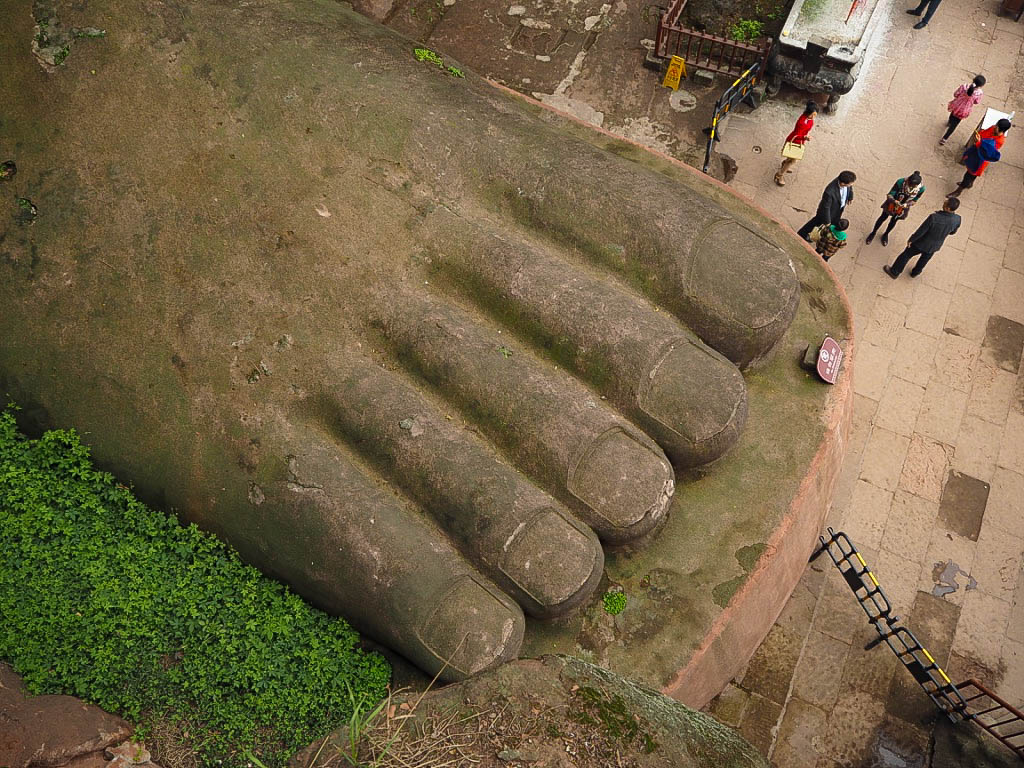 We wound our way down to the bottom and looked up whilst Buddhists lit incense and prayed. It wasn’t the most calming religious monument I’ve ever been to, but it’s certainly up there with one of the most impressive. The fact that it is actually part of the rock is utterly mesmerising and you can get over the inevitable crowds when you get to see something so incredibly unique. 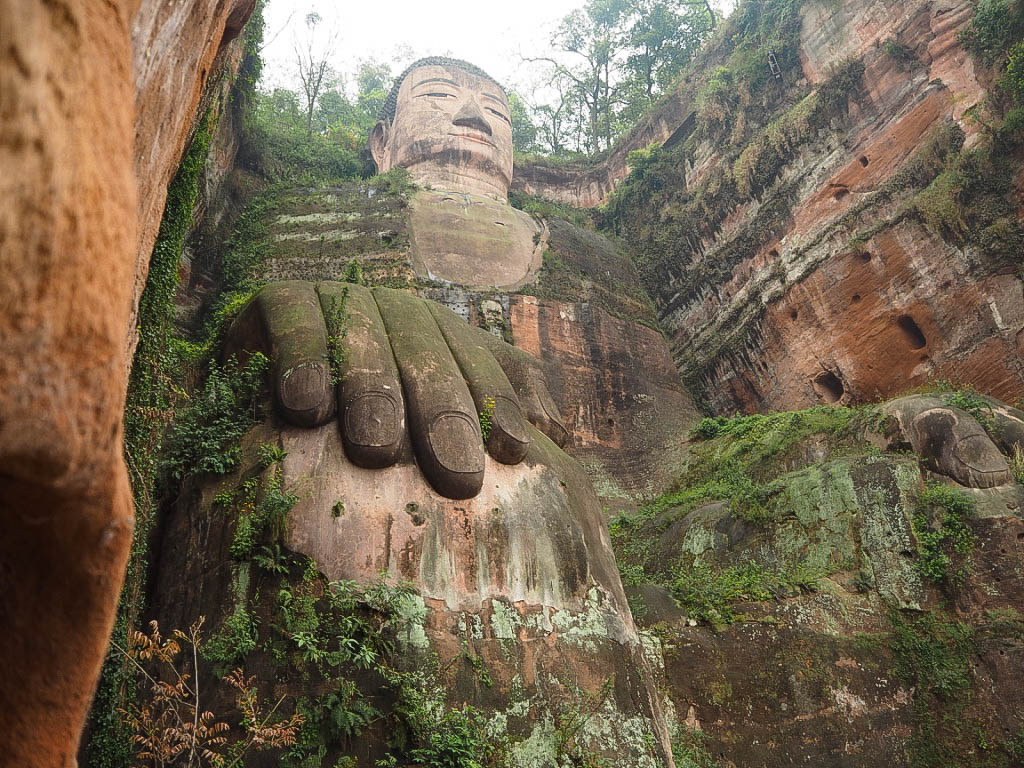 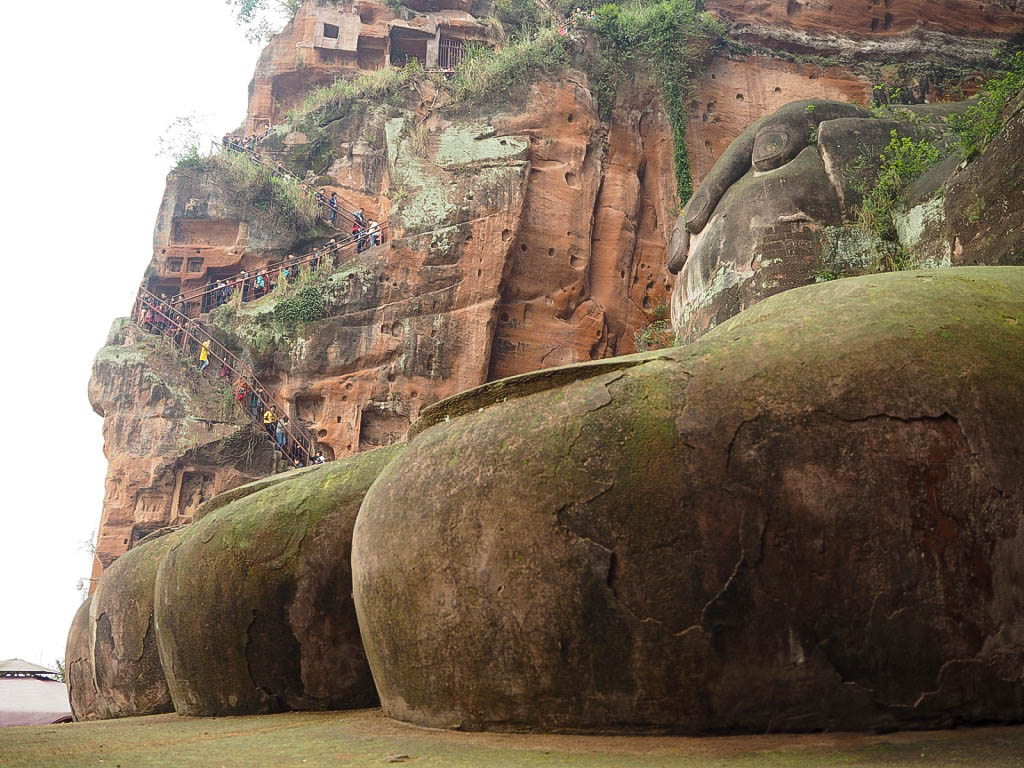