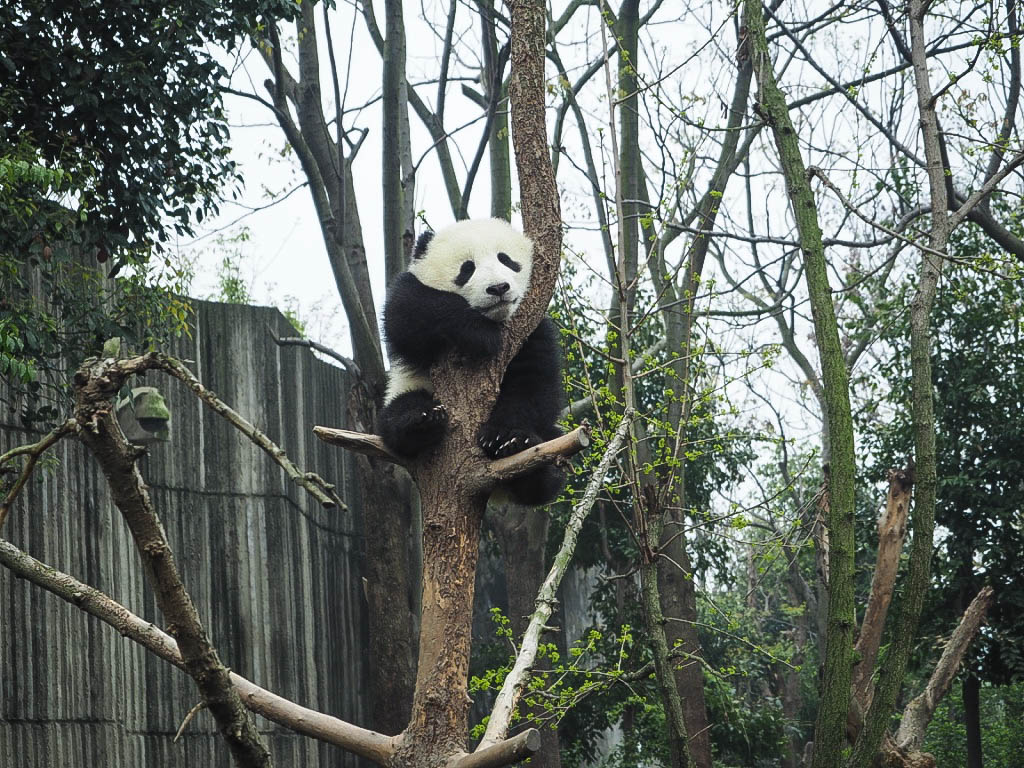 I’ve never had a bucket list (partly because I find the whole thing a bit morose), but also because I basically want to do and see everything. However there has been one place that I’ve wanted to visit for so long, and finally, after years of watching an inordinate amount of YouTube videos of the place, I made it to the famous Chengdu Panda Sanctuary. 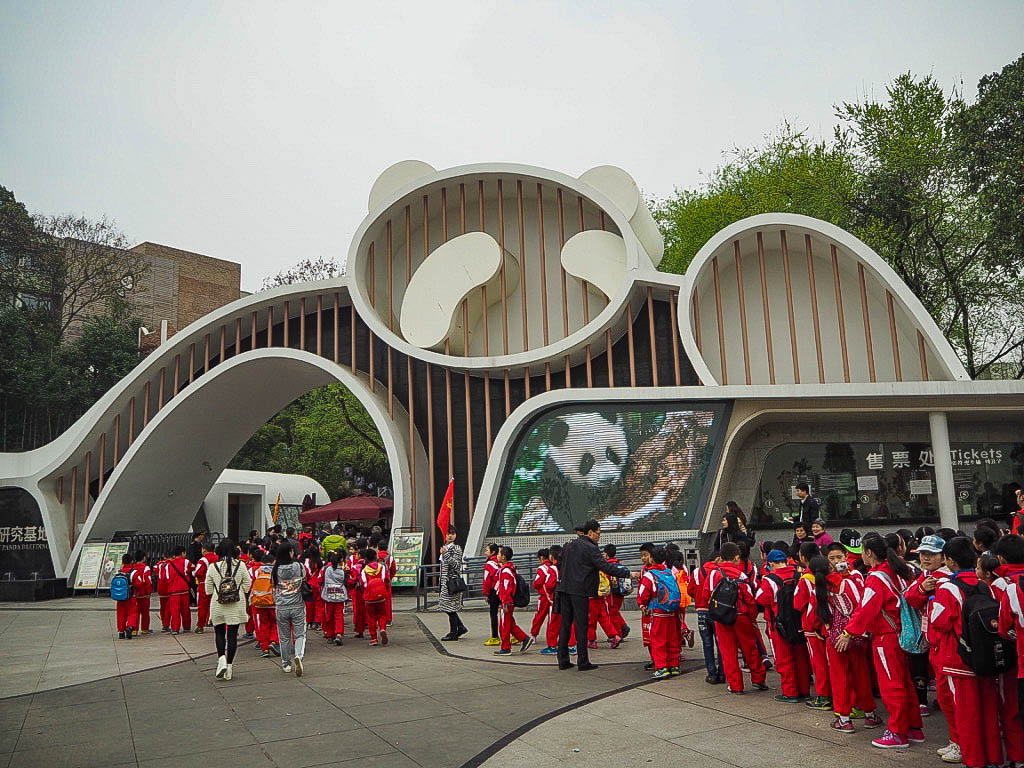 I don’t think I’ve ever been so giddy with excitement. Stuff all the school children there, I was definitely the most bouncy person and we had a rough plan to just avoid anyone under 5ft, or at least shove them out of the way so we had the best view (only kidding. Kind of…). We had to walk through bamboo lined walkways and past the science-y bit where the actual important breeding research happens. 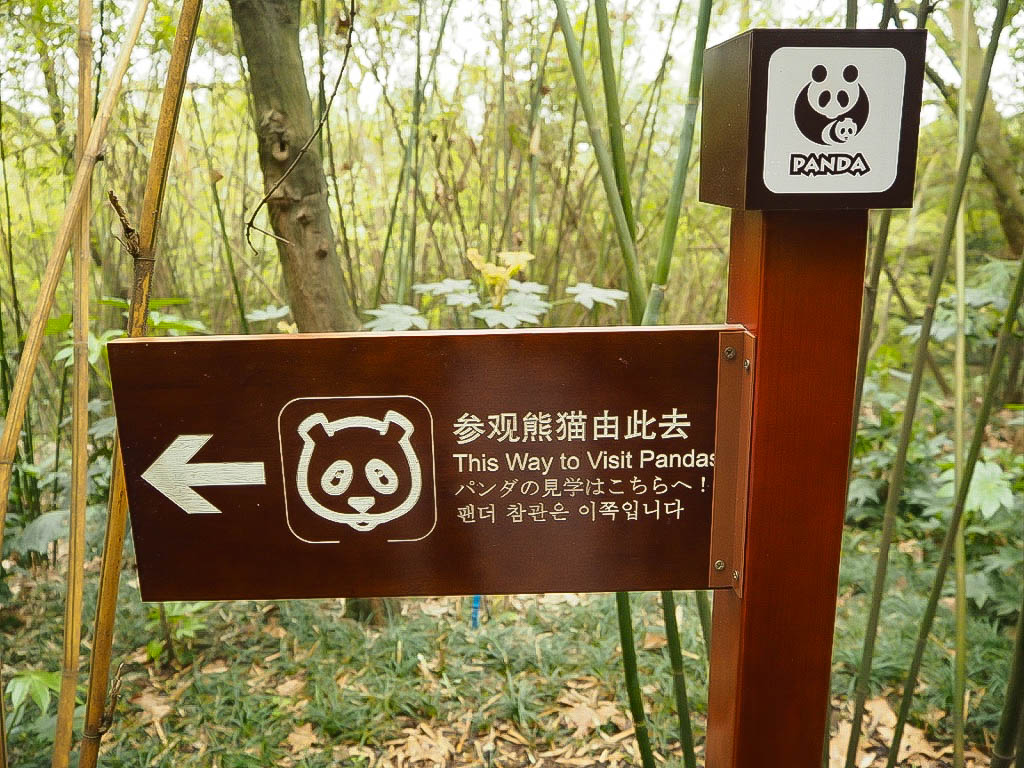 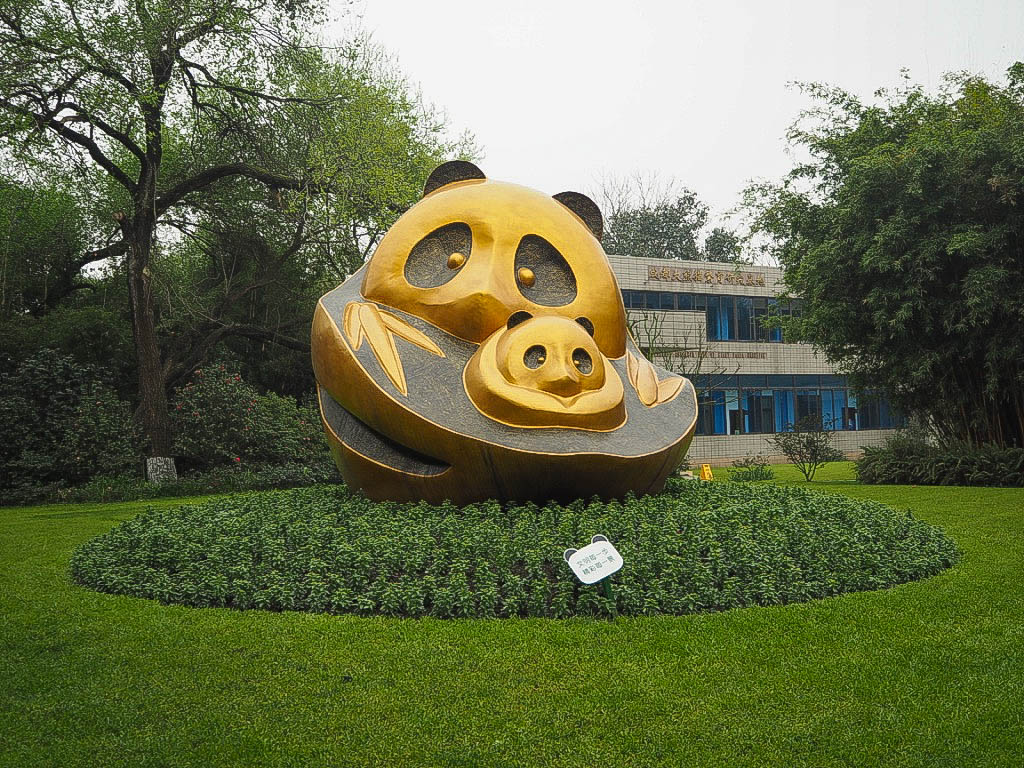 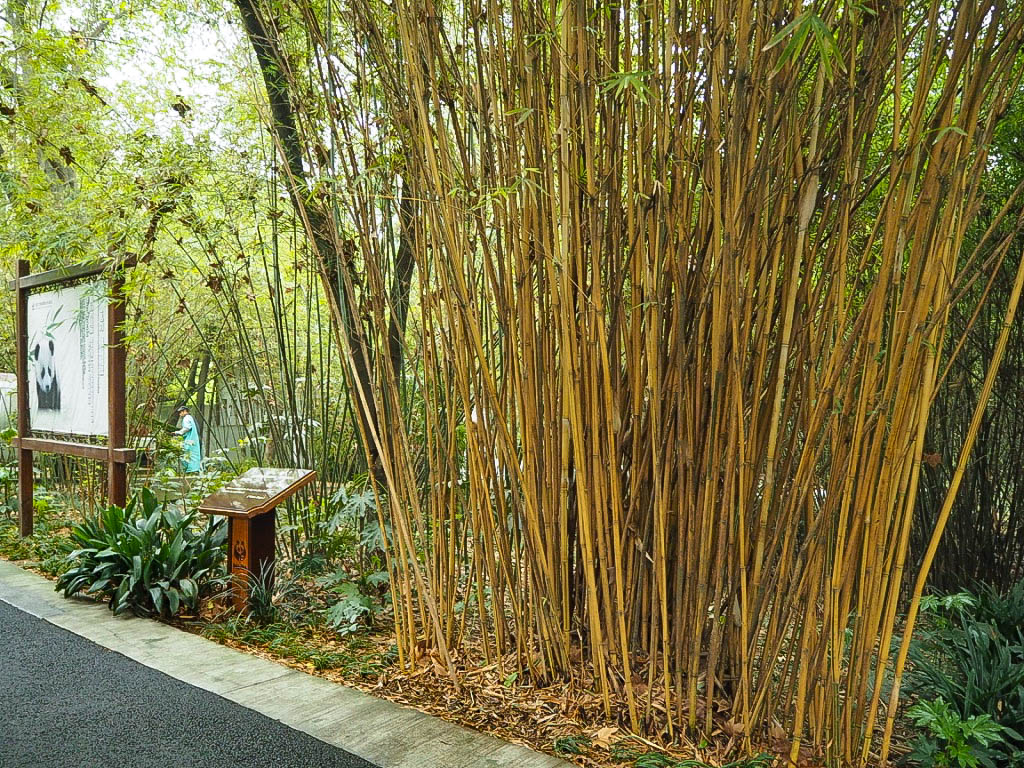 It took us about 20 minutes of walking through nothingness but then it happened. We got our first glimpse of the pandas and I instantly gave the school kids a run for their money in the squealing department. Literally neck deep in bamboo, four giant pandas reclined, munching away at their breakfast with not a care in the world. 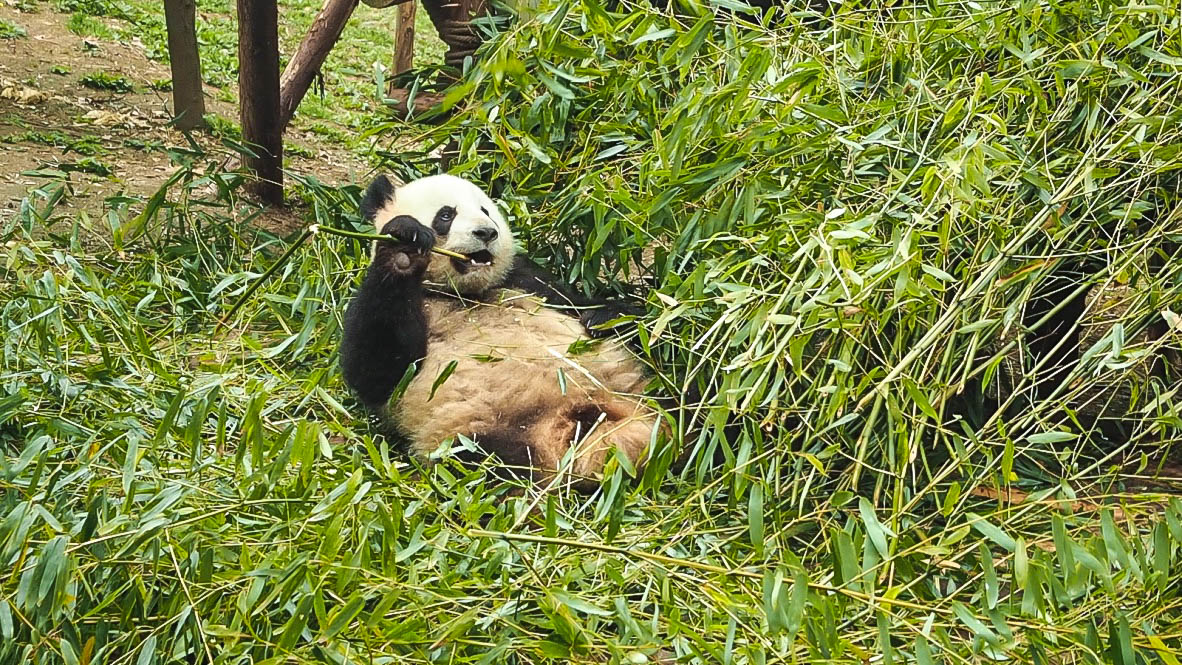 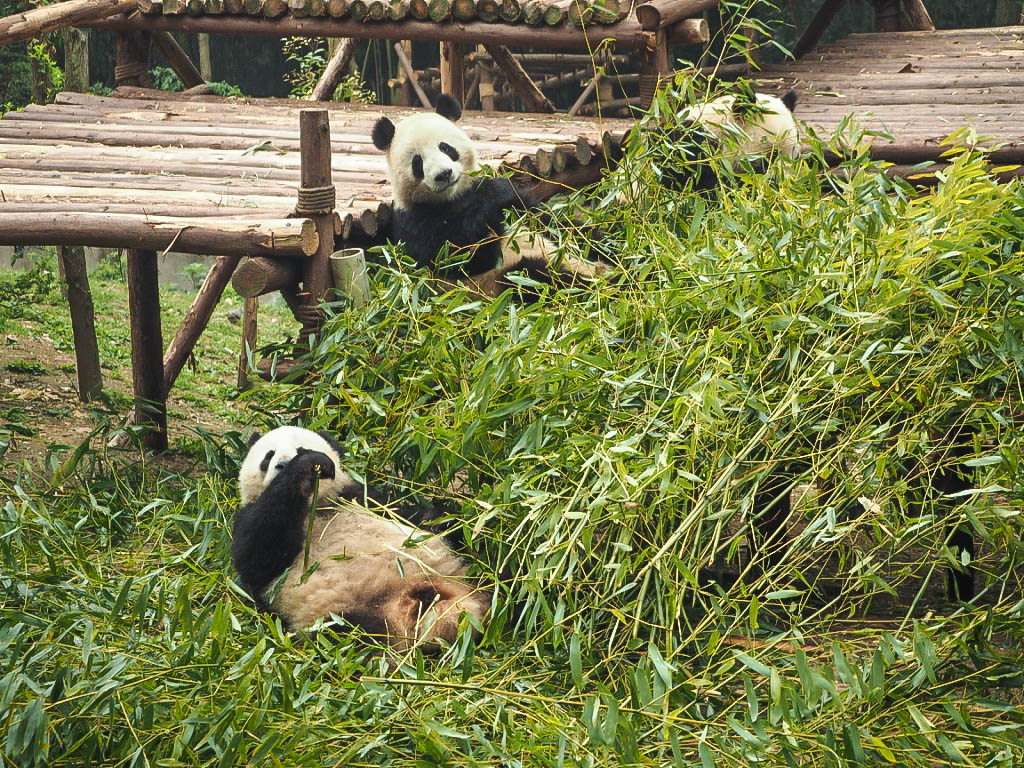 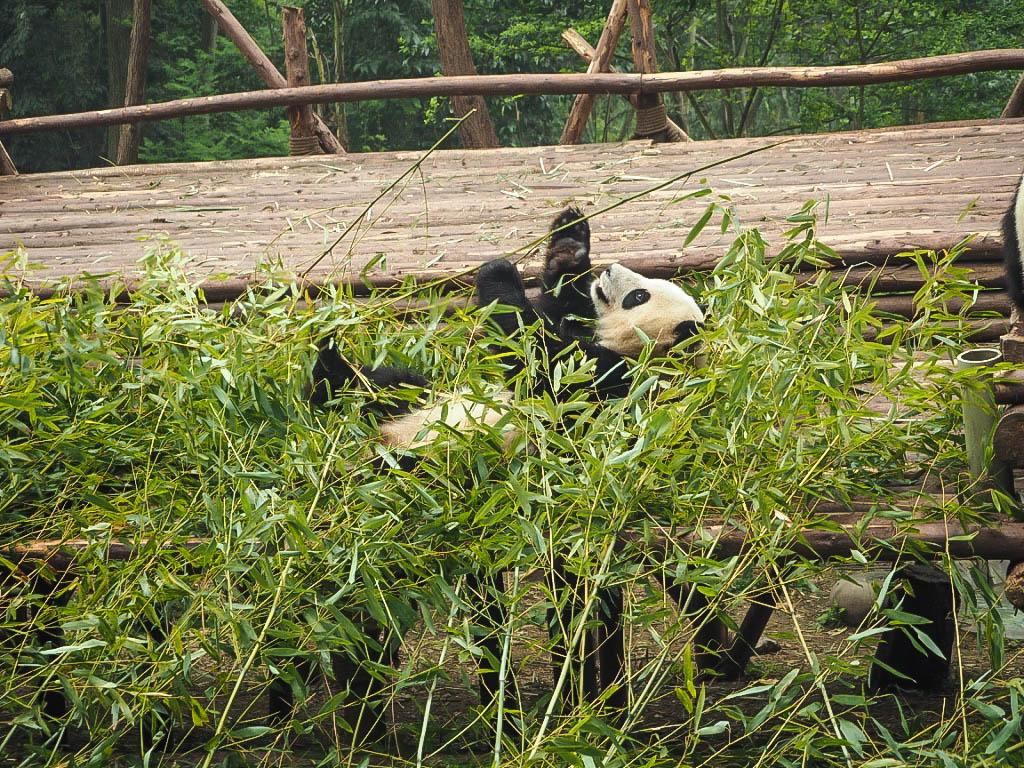 There were numerous adult panda enclosures throughout the sanctuary, some by themselves, others with companions, but all with one thing in common: they were either eating or sleeping. What a life! And I couldn’t believe how absolutely beautiful they were. I was totally mesmerised. 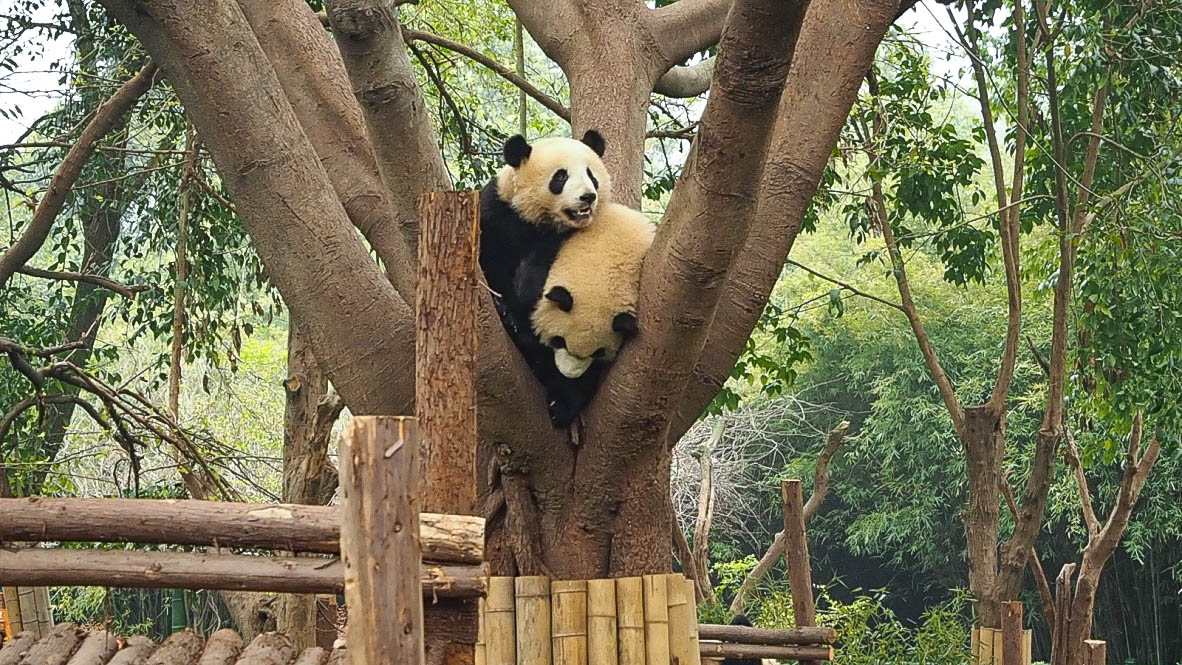 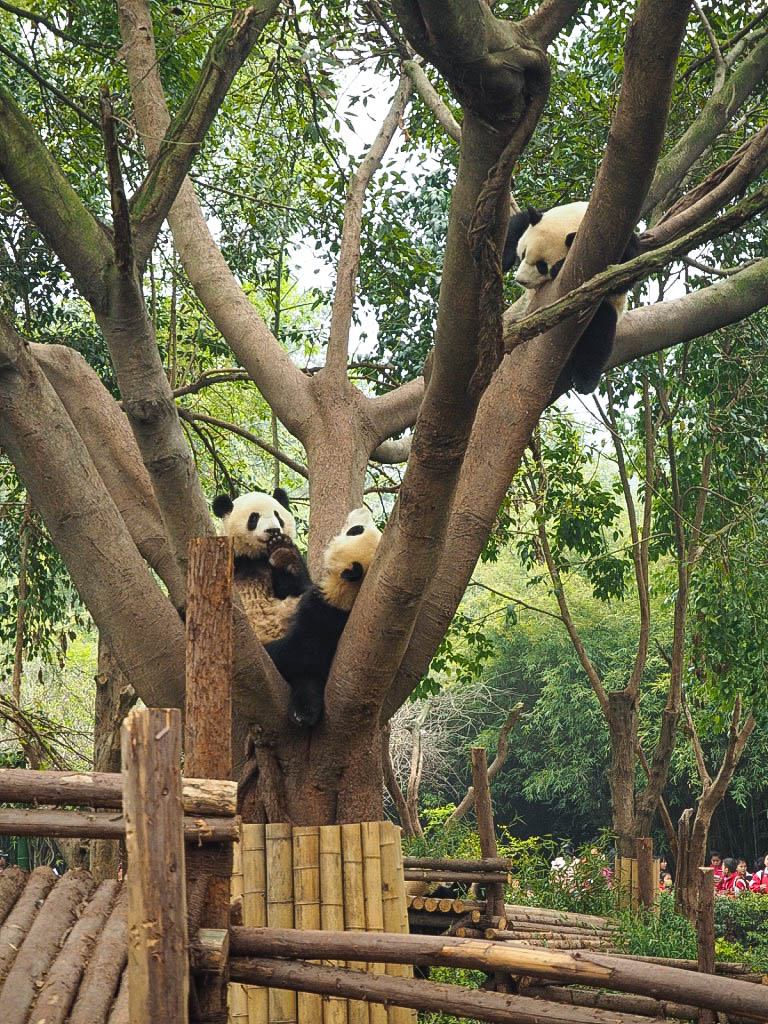 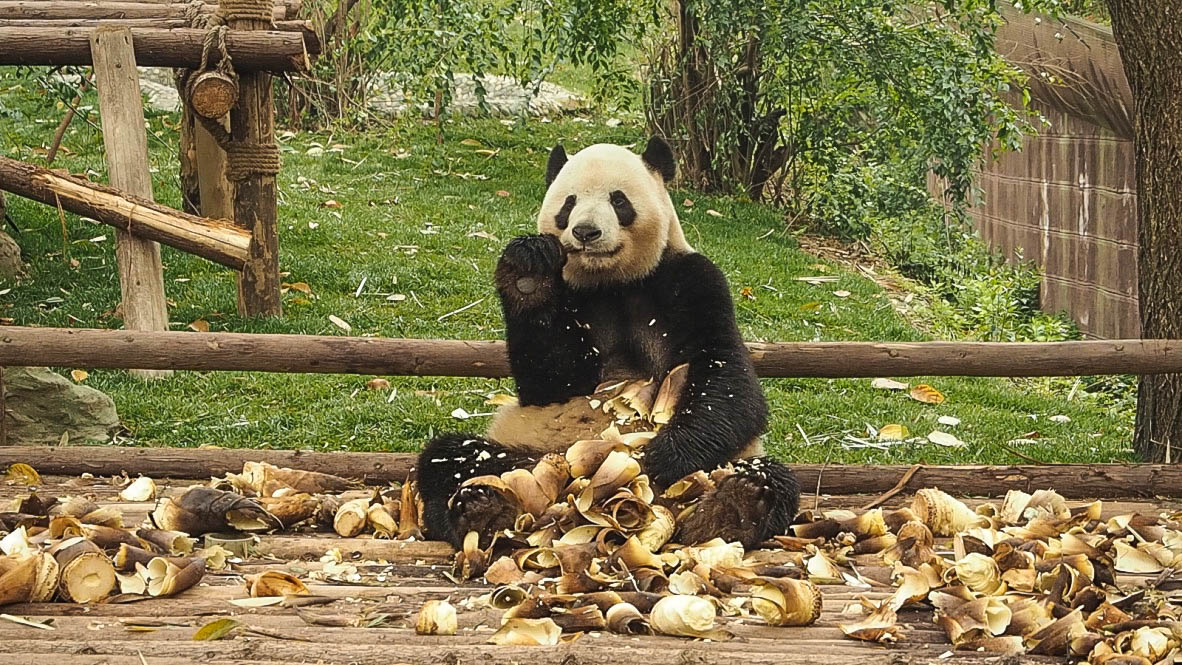 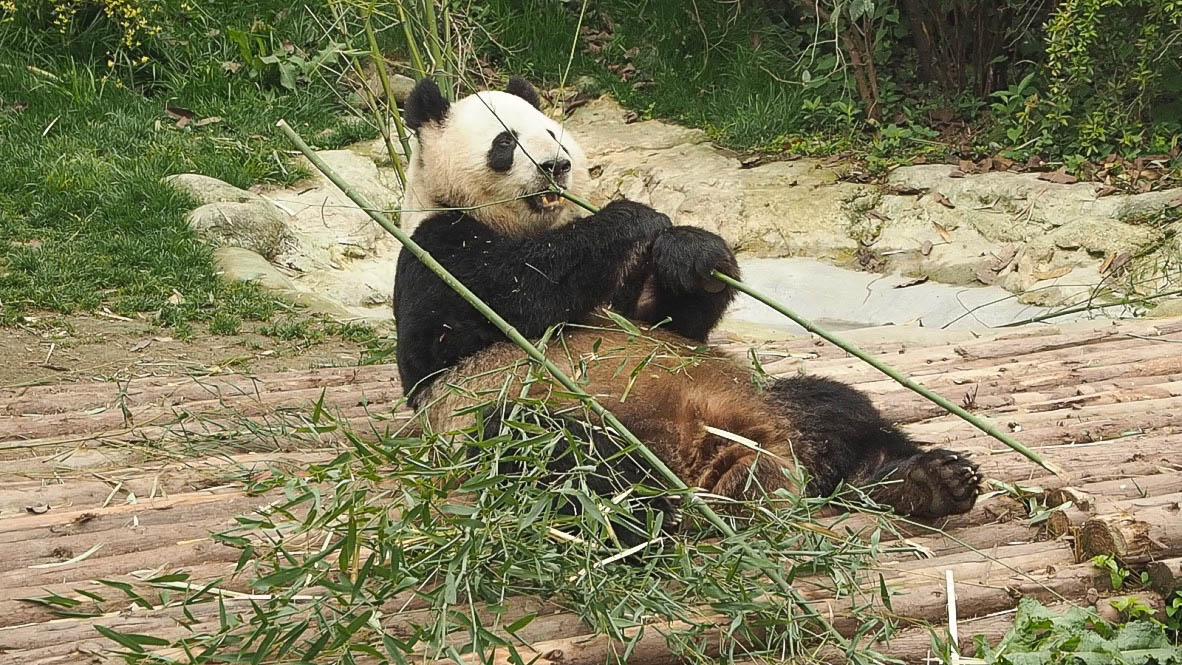 But there’s one part of the sanctuary that pulls in the crowds, and we knew we were getting close when we could hear roaring laughter from the crowds. The baby panda enclosure is one of the best things I have ever seen in my entire life. There were 10+ of the tiniest, fluffiest creatures who toddled around like miniature drunks, climbing up things purely so they could fall right back off them again. 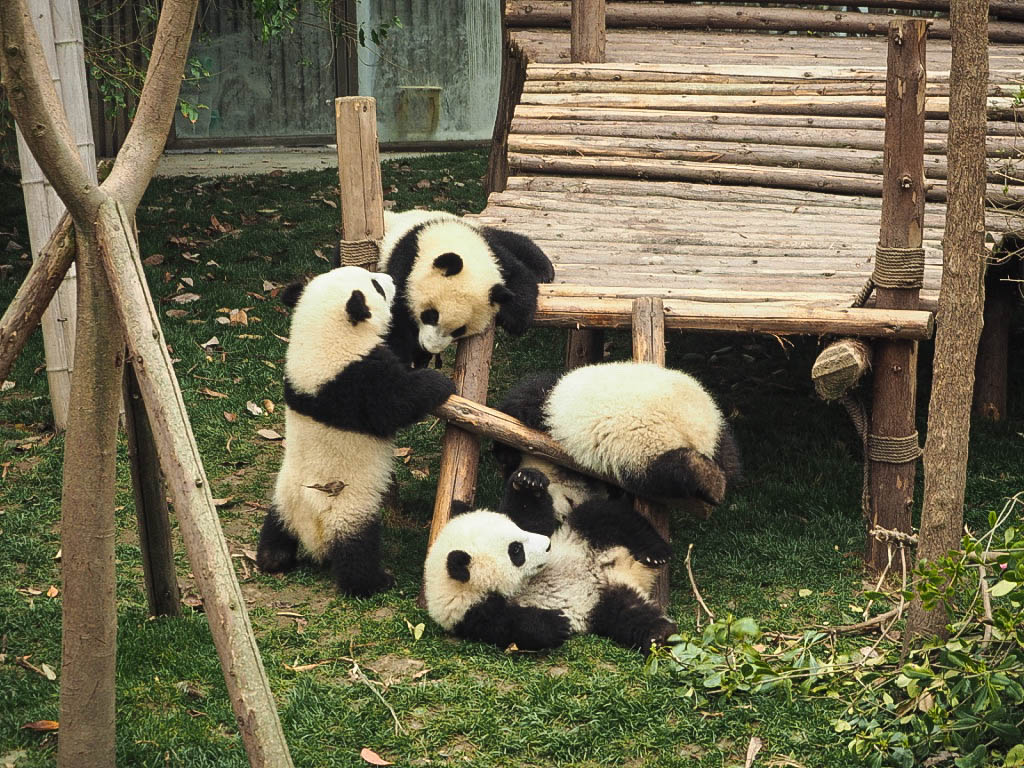 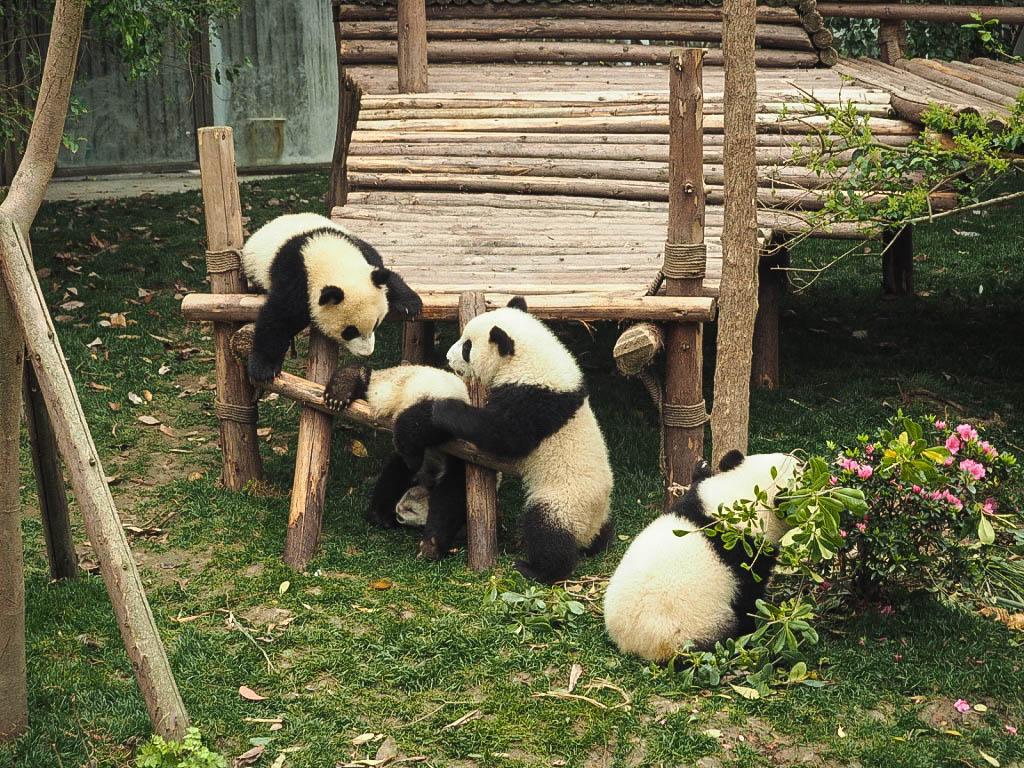 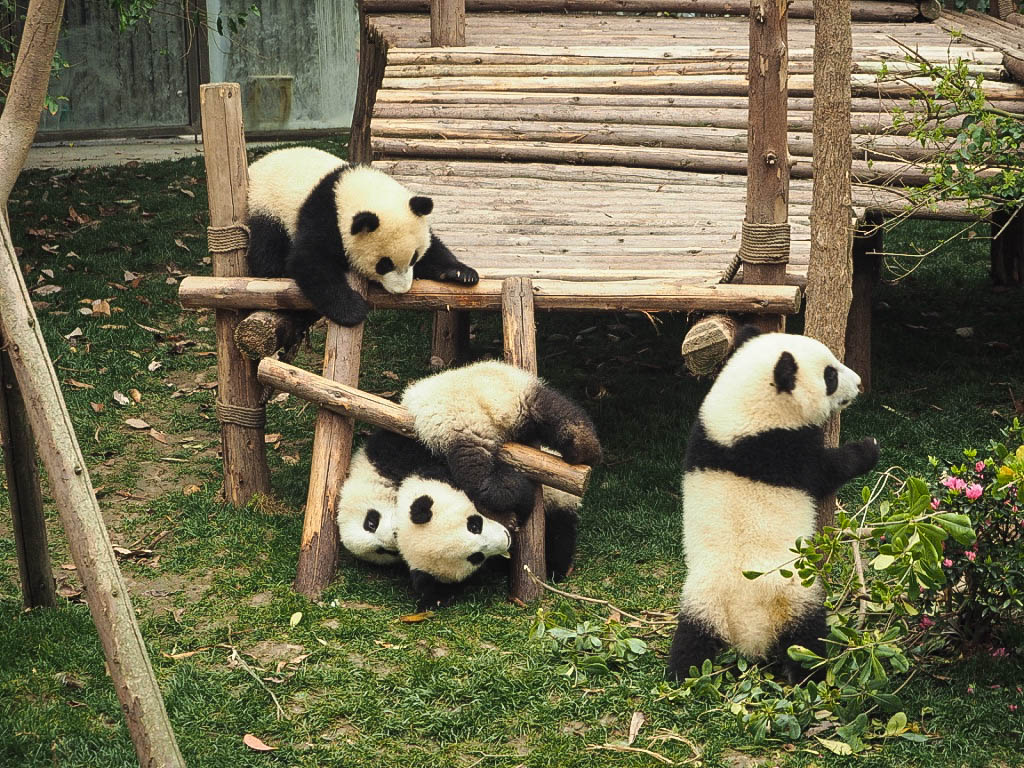 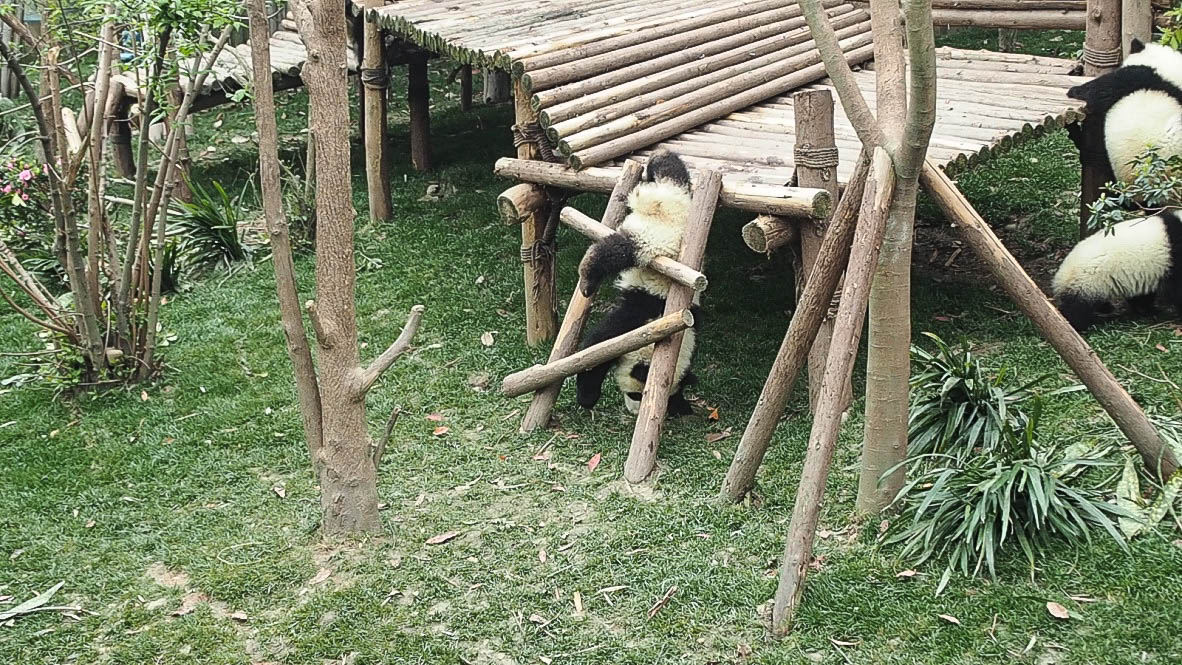 They wrestled and tugged at each other. They ran around until they tripped over and did everything in their power to annoy the keepers looking after them. My favourites were the ones who just fell asleep wherever they happened to be, which was usually up a tree that they had given up trying to get out of. They perched precariously between tiny branches and hoped that gravity would be kind. I meanwhile, took literally hundreds of photos and continued to coo for a good hour. 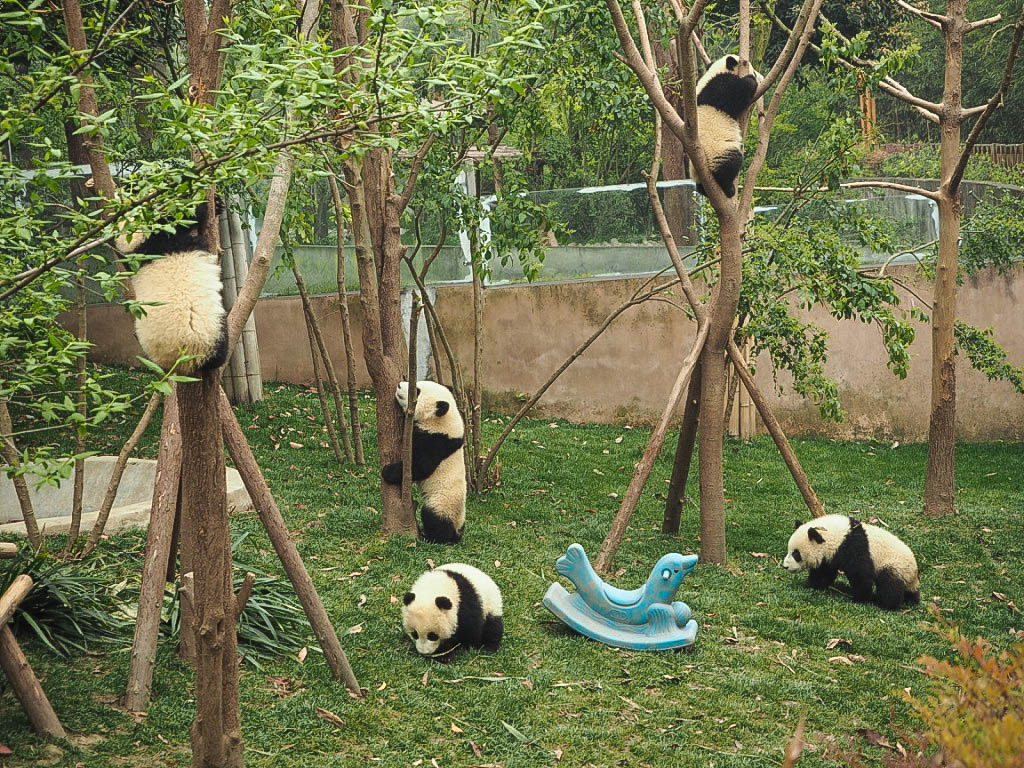 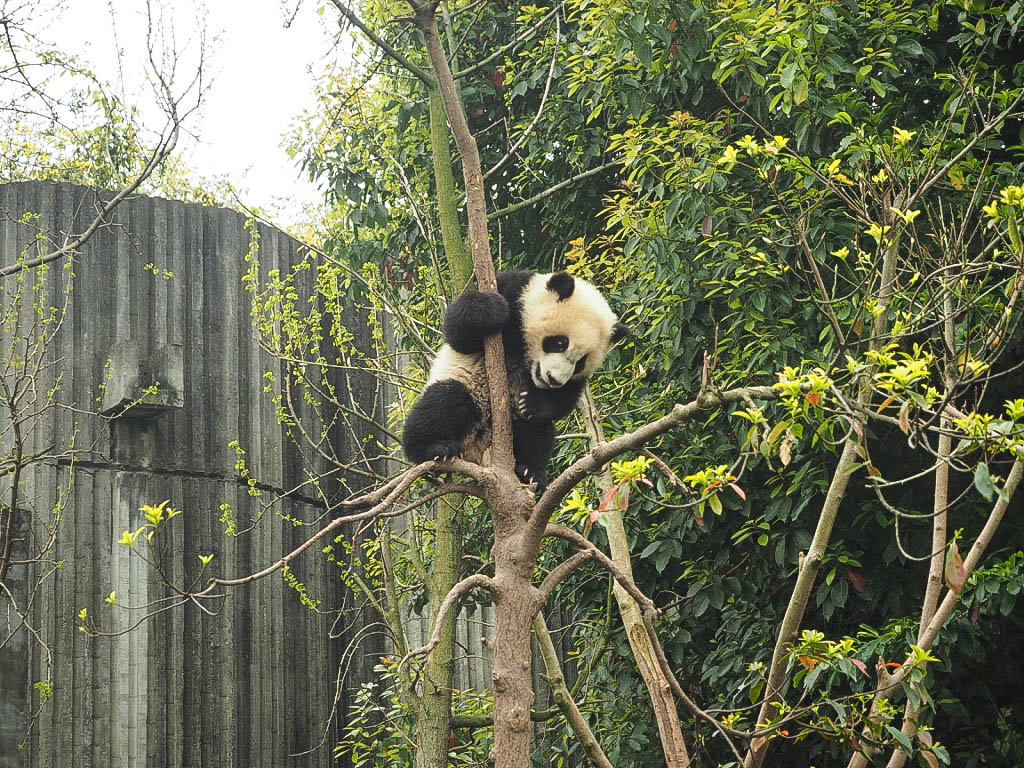 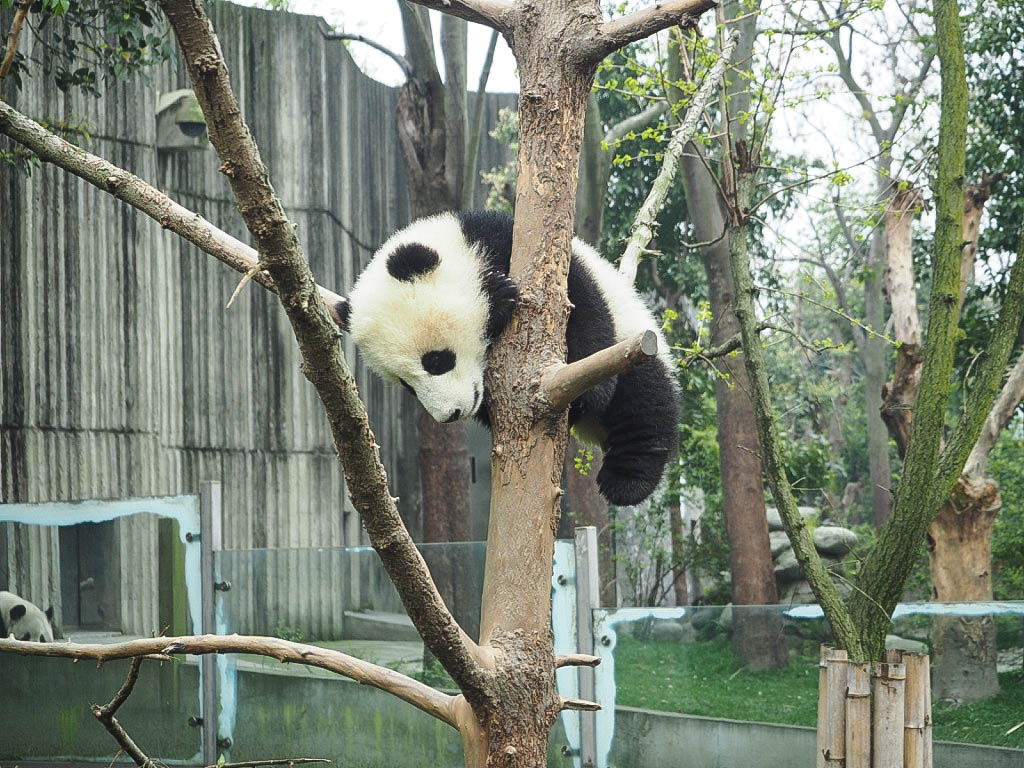 Visiting the sanctuary was an unbelievably special moment of my life. I travel to see things I would never be able to at home, and this place is recognised worldwide for being the place to see pandas. It goes beyond just being cute (although oh my god aren’t they?!), but is yet another experience that can only be had in China, a country that I still have so much more to explore.