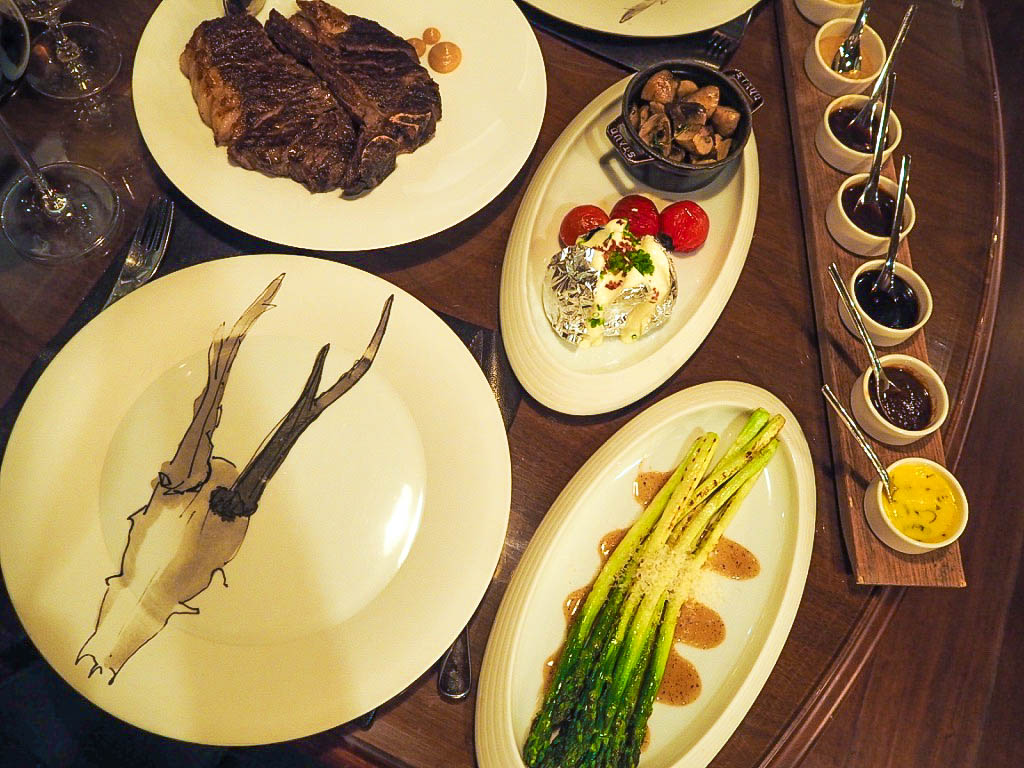 I rarely cook steak at home, but then I often feel it’s a wasted order in a restaurant too. Very few places do steak perfectly and I certainly didn’t expect to find somewhere that would nail such a challenge in Shanghai.
The 1515 West Chophouse is situated within the labyrinth of the Shangri-la Hotel where I stayed for a few nights. Unlike most hotel restaurants, this was not created just for lazy guests to wander down to; this place has the essence of a stand alone establishment with its own personality and reputation to uphold.

It has the warm tones of a stately home’s library with dark leather and mahogany, low lighting and cosy nooks for privacy. We settled in with a view of the open kitchen, the enormous grill spouting impressive flames and sipped on red wine in anticipation of what was to come. 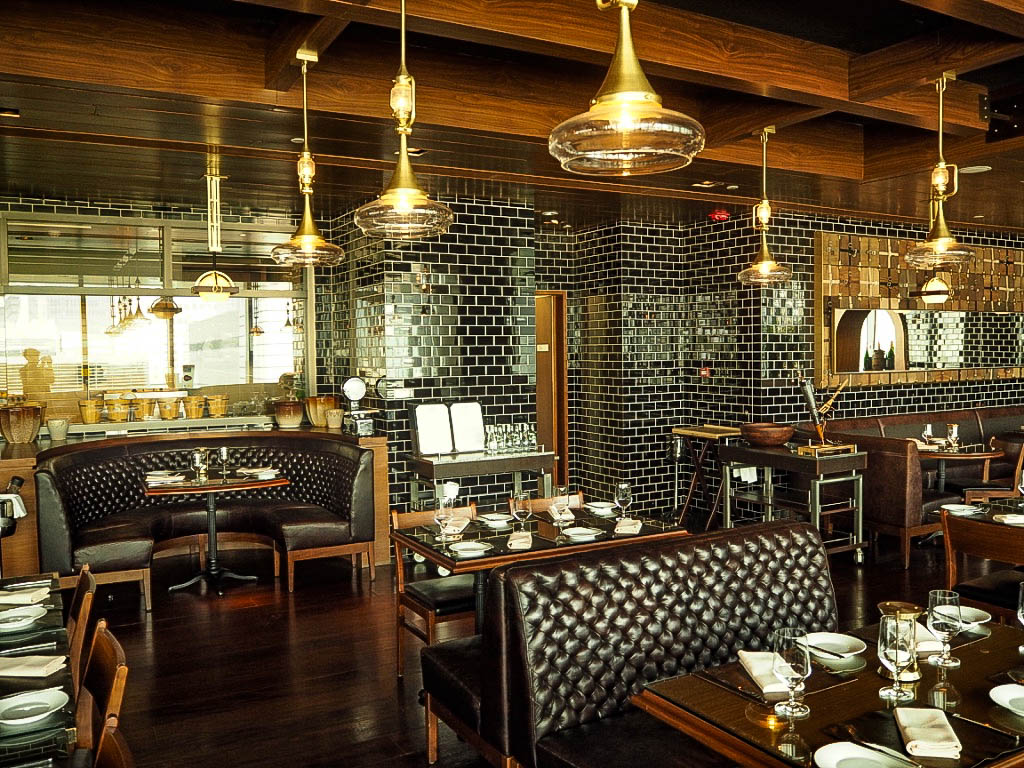 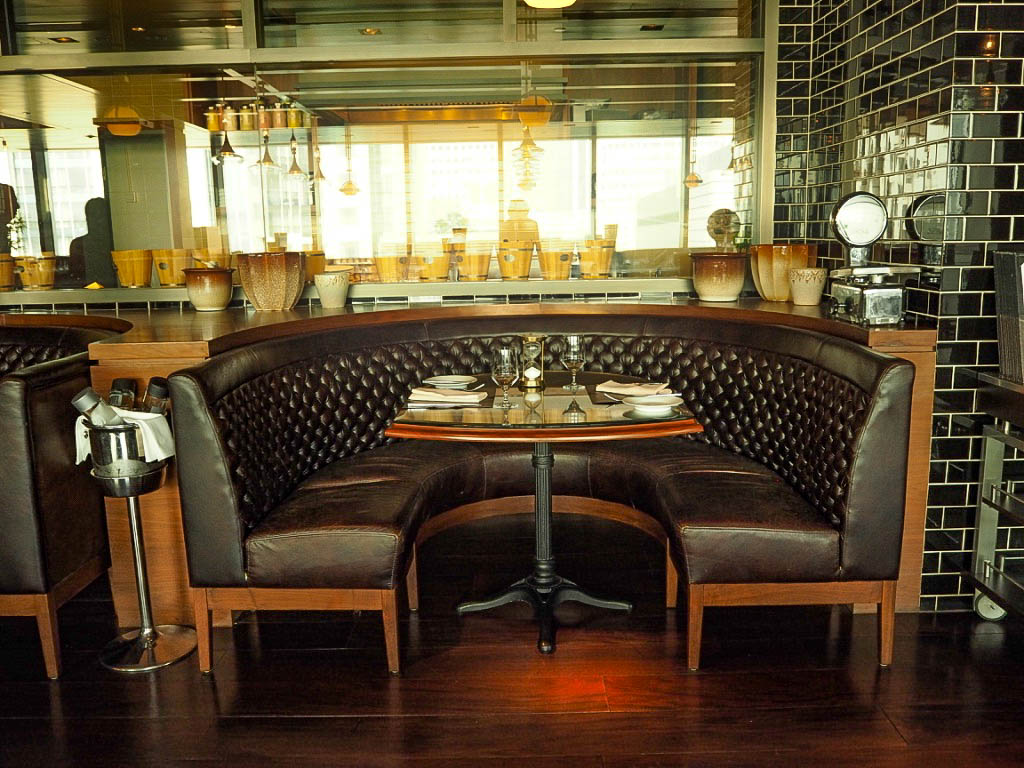 What make The 1515 West Chophouse so beautiful is the freshness of everything on the menu. The meat comes from cattle reared on a ranch in Australia owned by the hotel, and we started with bread freshly baked on the premises alongside an unbelievable chorizo butter. After a couple of weeks of delicious but MSG-laden, oily foods in the other parts of China, this from scratch preparation was perfection. 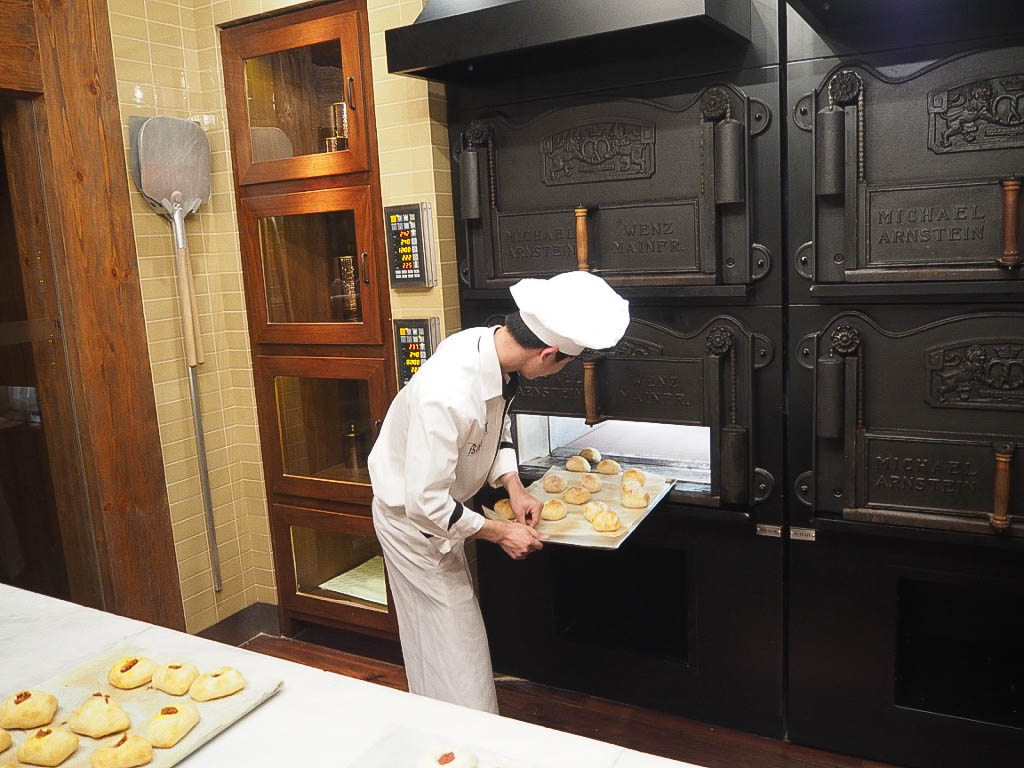 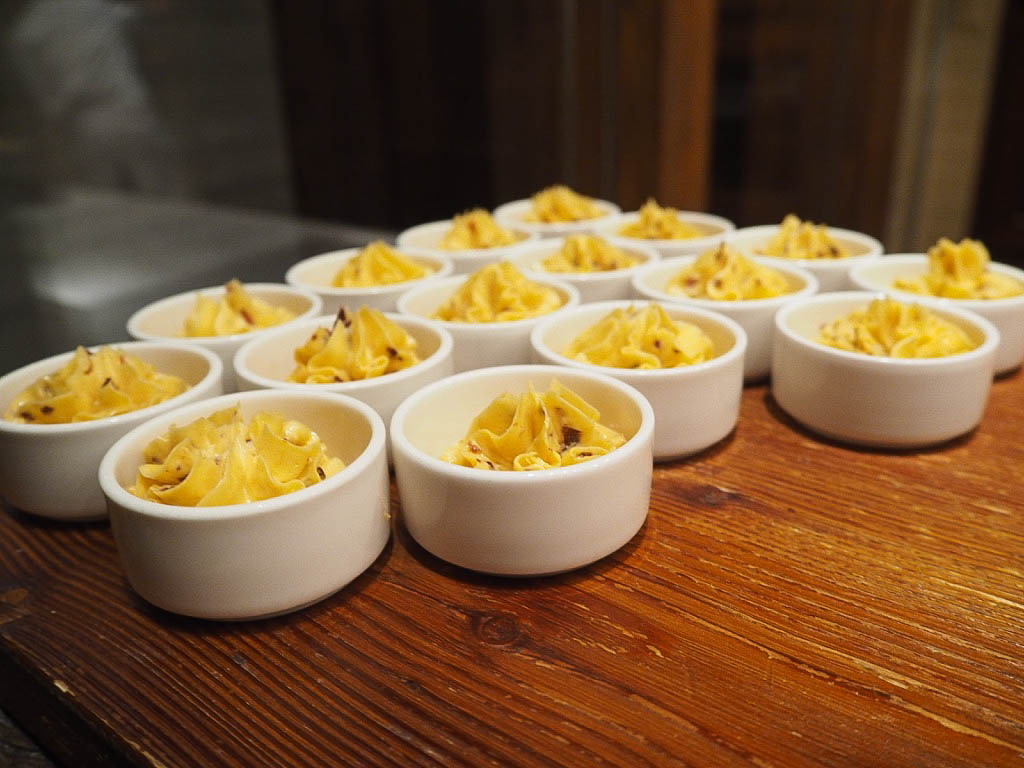 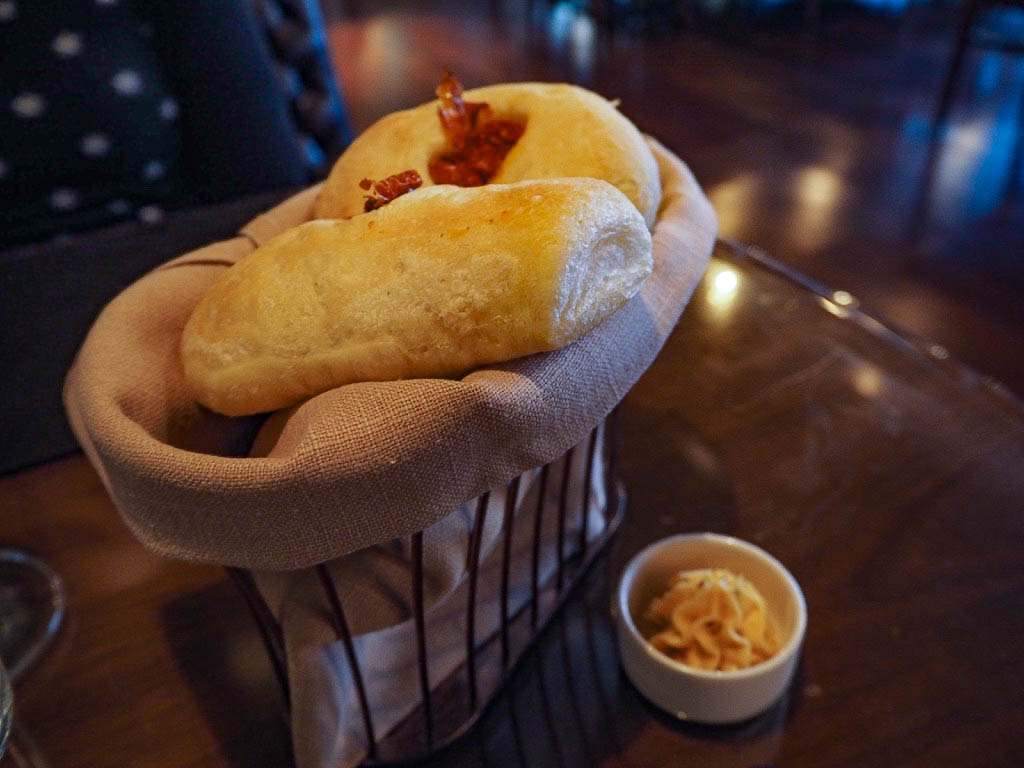 The careful consideration of everything we are that evening cannot be summed up any better than with the Caesar salad. Rolled over in a cart, deconstructed and then carefully put together per our requests, which in my case meant too many croutons and a whole heap of parmesan shavings. I then delved into the creamiest mushroom soup I’ve ever had. Gone are the connotations of lumpy, grey stodge; this was smooth, simple and gave mushrooms the respect they rarely receive in a dish that is bland far too often. 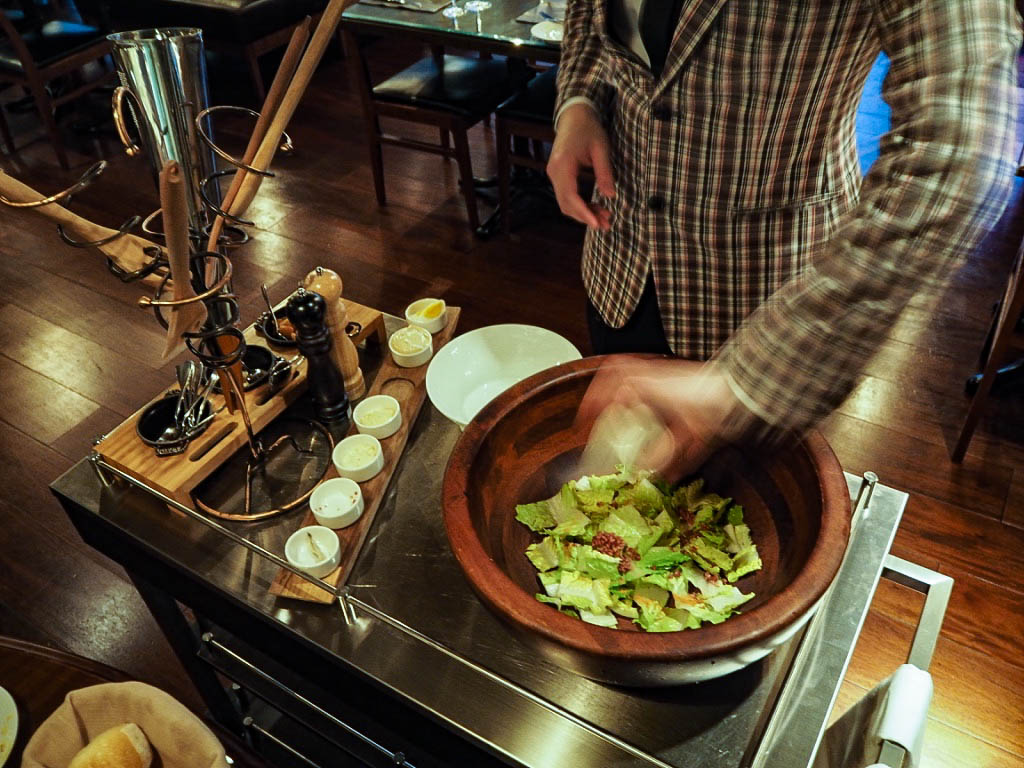 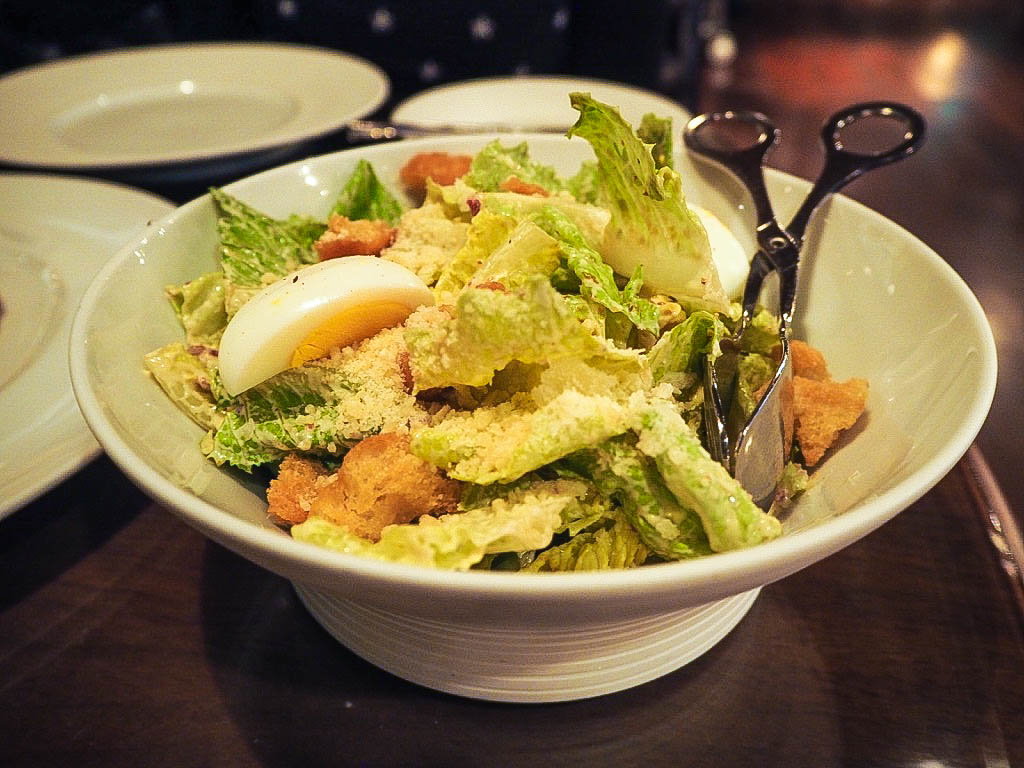 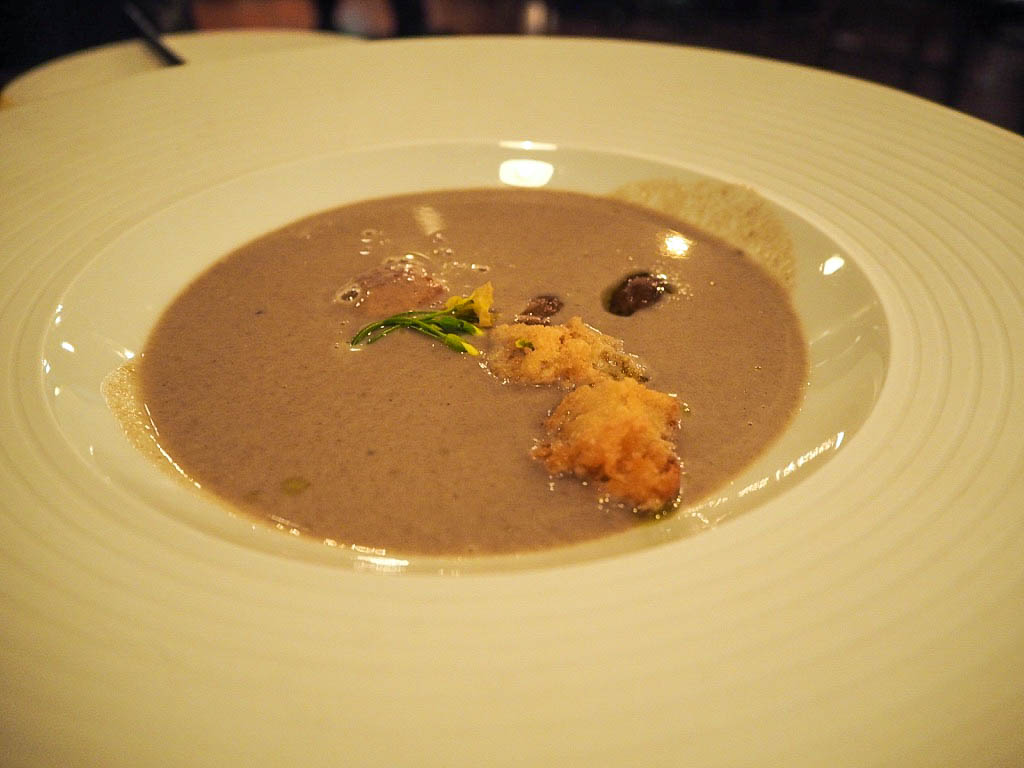 Our experience of the carefully and lovingly reared beef that is the hallmark of the restaurant began with a delicate tartare. It was salty and soft, with the edible flowers on the top actually giving a welcome fresh flavour often missing from ill thought through garnishes. The red wine we had paired with this dish brought out a hint of wintery spice and was utterly perfect. 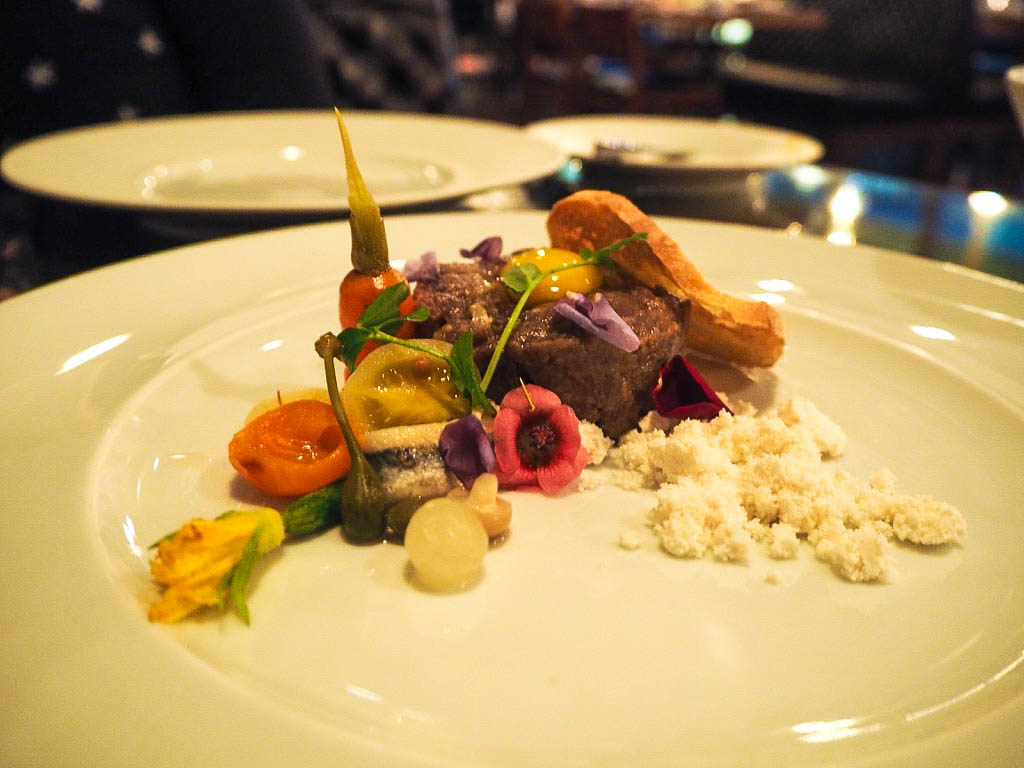 I contemplated throwing in the towel at this point, already nearing food coma levels of full, but then the steak appeared. Not only did we know where our meat was sourced, but we had also met the restaurant’s butcher who had shown us the joint she would be carving for us later that evening. As cheesy as it may sound, the love shown by the 1515 team came through in the taste: it was rich, soft, buttery. This was an experience. Served with fluffy baked potatoes with sour cream, crisp, fresh asparagus and an array of divine sauces from the classic peppercorn to a deep barbecue. We simply could not stop ourselves from making the most ridiculous noises in sheer delight. 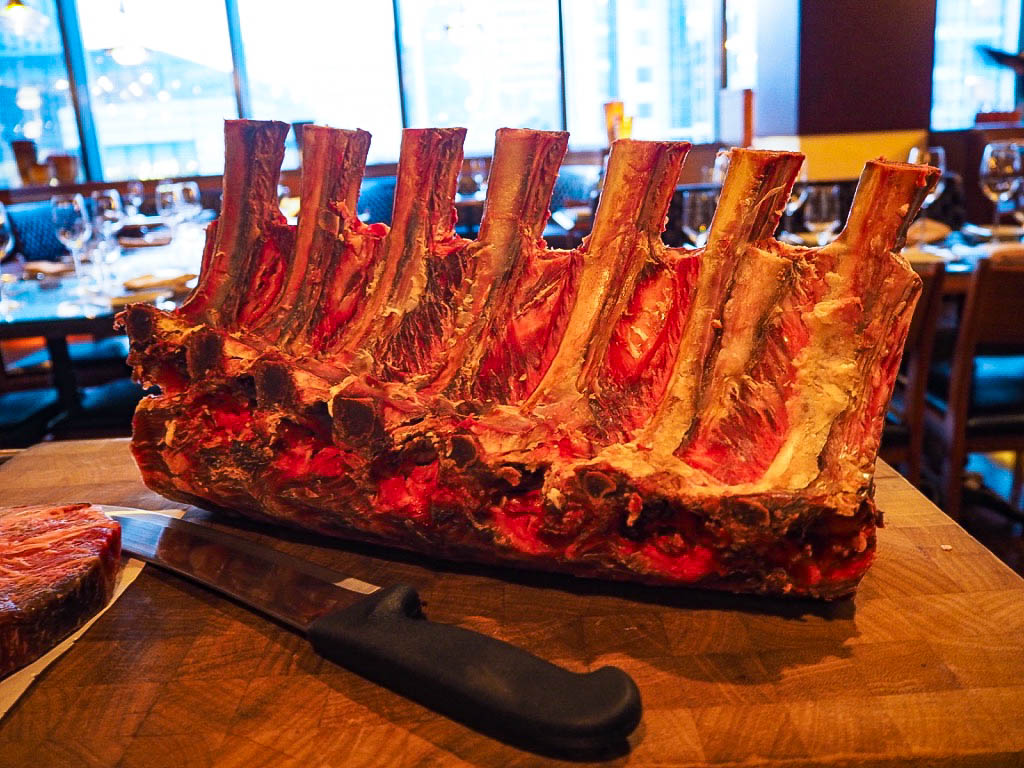 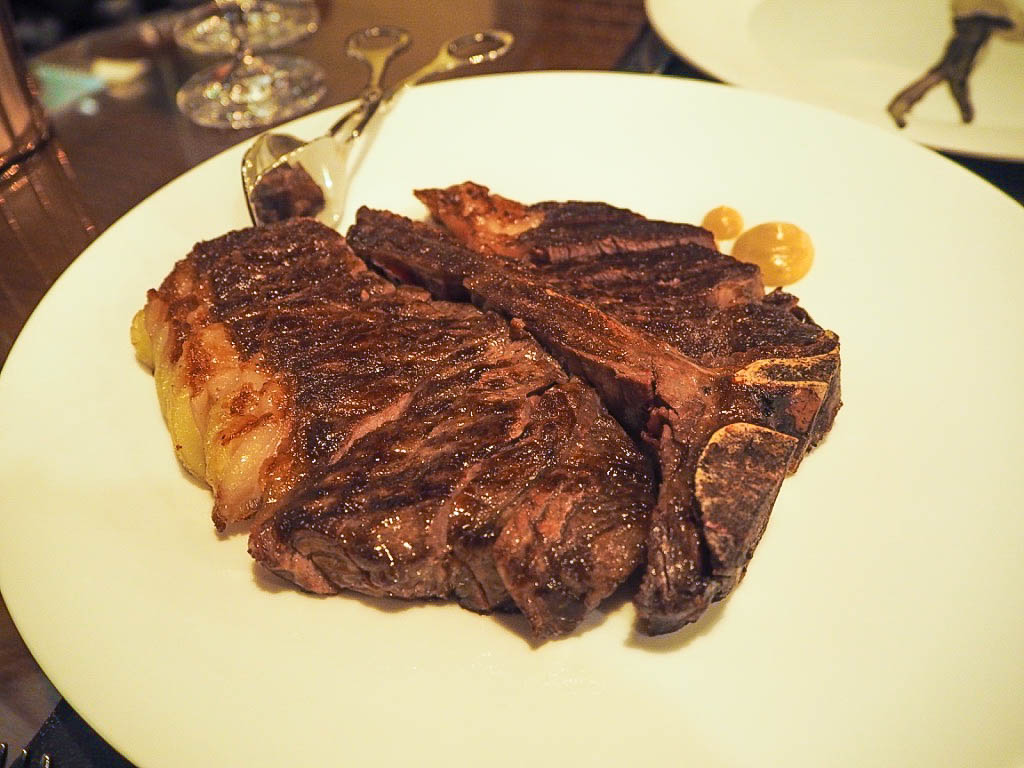 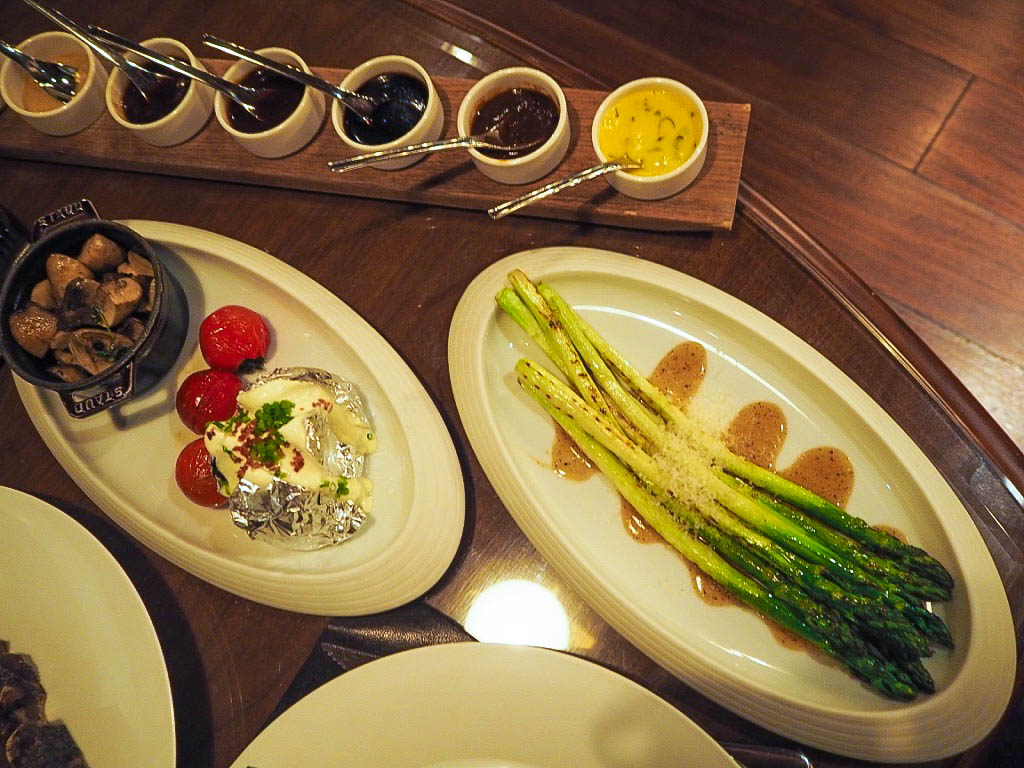 Somehow, we made it into the adjacent bar where the American theme lived on in the live jazz musicians and signature bourbon distilled specifically for the lucky patrons of this particular bar. The Head Mixologist made me one of the best Old Fashioneds I have ever had whilst watching the bright lights of Shanghai’s traffic below. 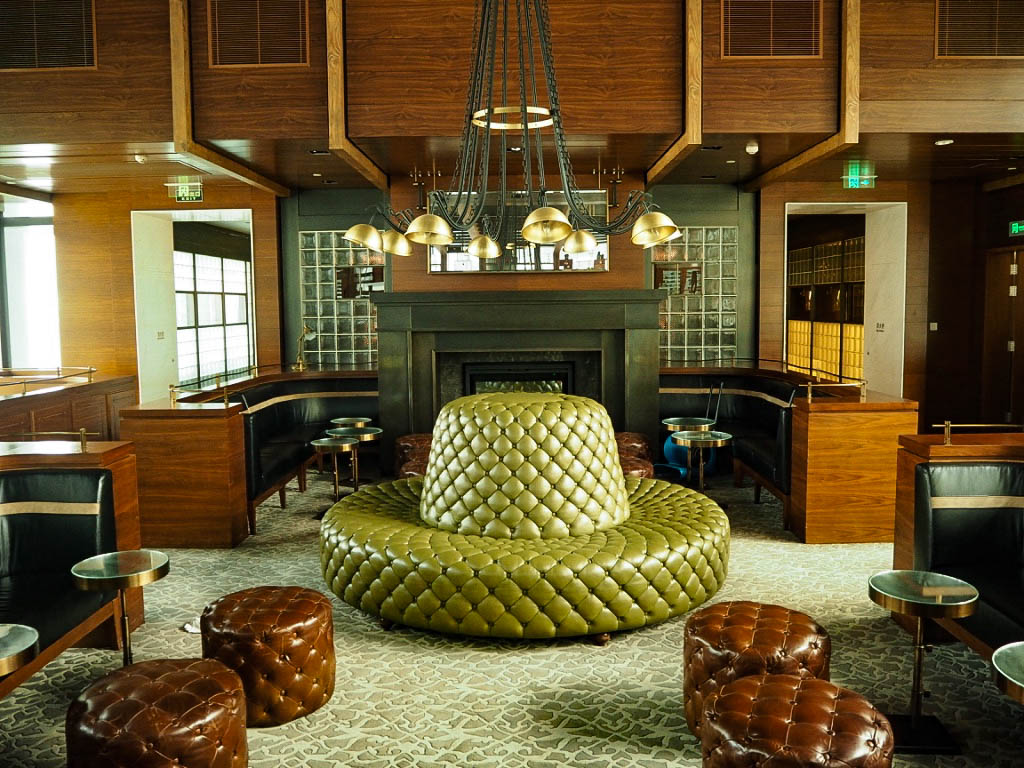 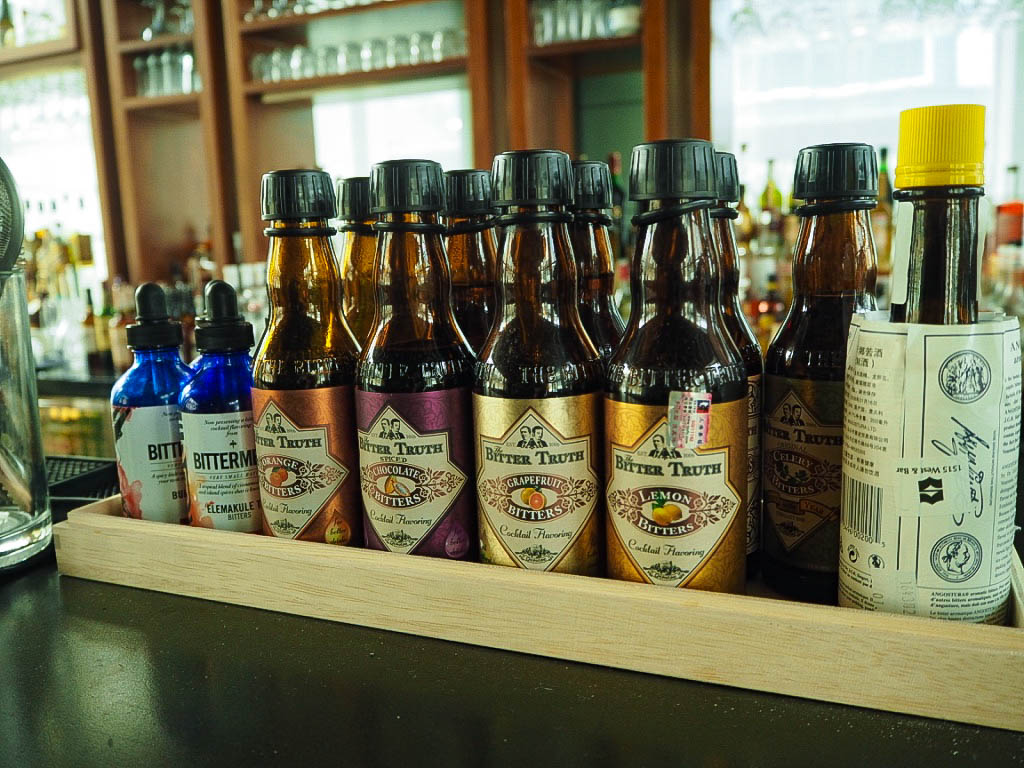 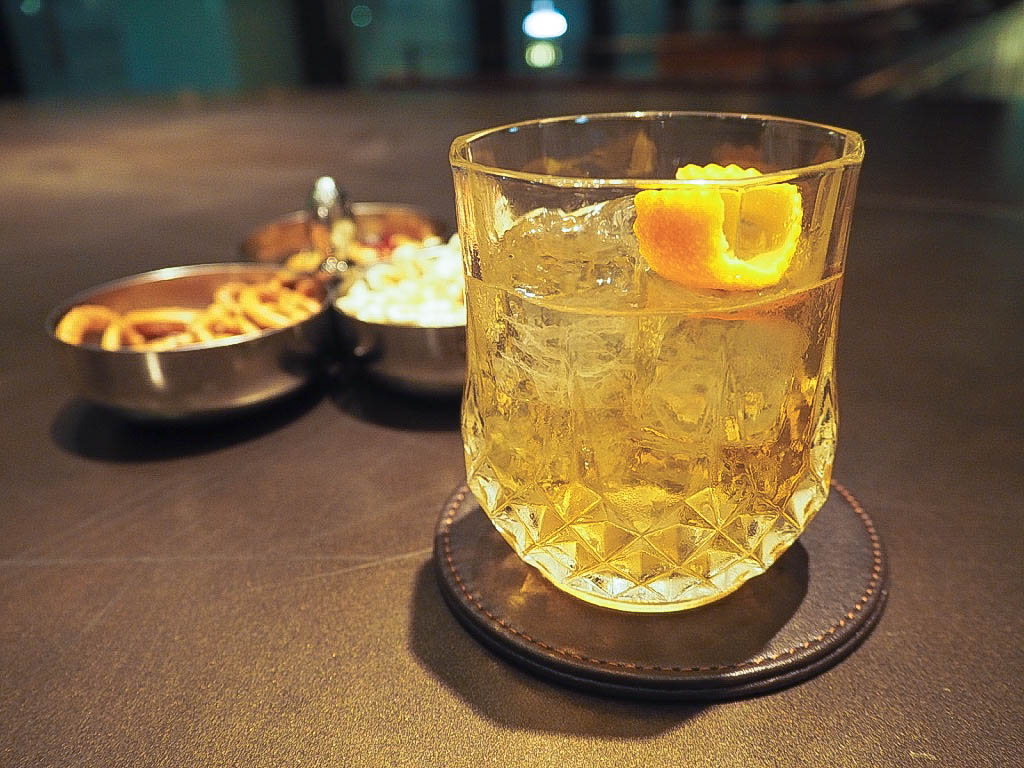 The concept of an American style steakhouse is often replicated and executed terribly. But The 1515 West Chophouse care, and this isn’t a gimmick to attract the locals, but an authentic and delicious experience that Western visitors will wish they had closer to home.

I was invited to review The 1515 West Chophouse and my meal was paid for. All opinions and food babies are my own.

Vote for me as Best Travel Blog at the Bloggers Blog Awards!